Canada vs Venezuela in Pan Am Woman's Baseball 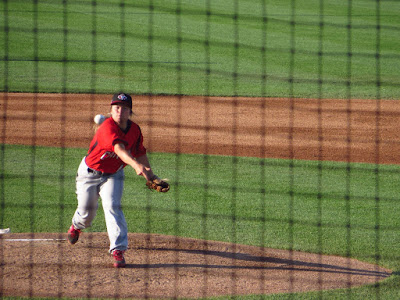 Tonight Craig, Kevin and I went to see our Canadian women take on Venezuela in woman's baseball in the Pan Am games. It was a perfect night for a game.

This is the first year for woman's baseball in the game. Our men won Gold a couple of days ago. I'm hoping for the same for the woman. Yesterday they opened the tournament with a 13-1 drubbing over Cuba.

The walkway into the park. 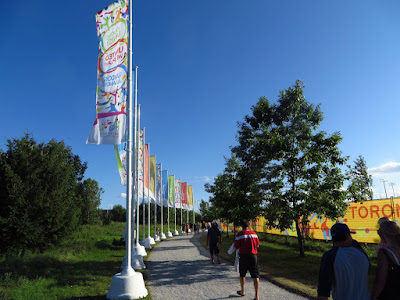 The countries who participate in this sport proudly have their flags waving over the stadium. 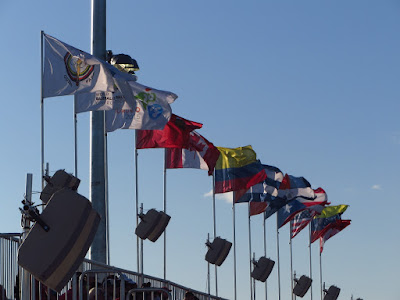 The field is the same configuration as any major league baseball stadium. In fact, I think 327 feet to right field is a little longer than many stadiums. 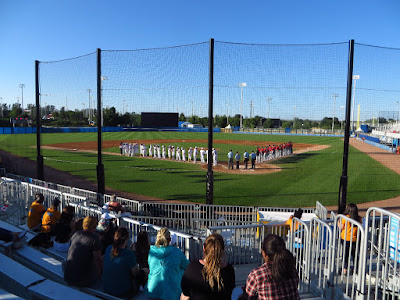 The national anthems are played. 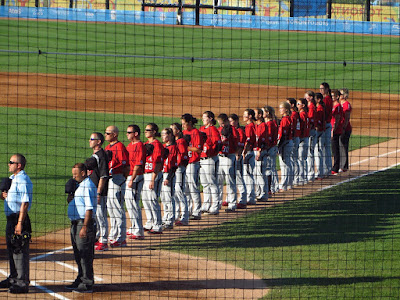 Canada was the away team so came to bat first. Here is the first pitch. 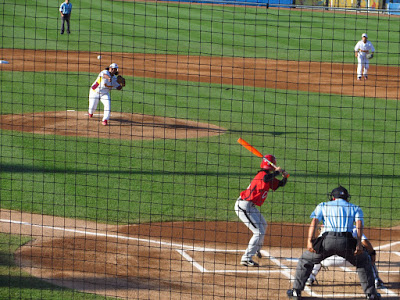 A Team Canada hit in the first inning by DH Amanda Asay. This is where Canada did most of their damage. They had two on base with one out when Venezuela's left fielder Marianne Perez dropped a fly ball. Next a bad throw by their second baseman pulled their first base first off the bag while attempting to turn a double play. After Canada scored five runs, Venezuela pulled their pitcher, Dayvis Cazorla, after only getting one out in the inning. She had no support behind here in the field. 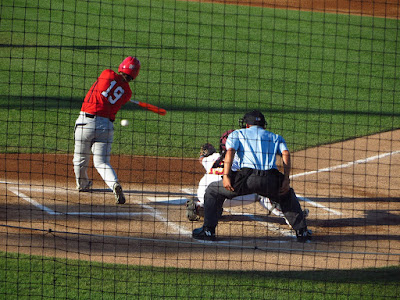 Autumn Mills pitched a great game for Canada giving up only 2 runs off 4 hits in the 6 innings she pitched. 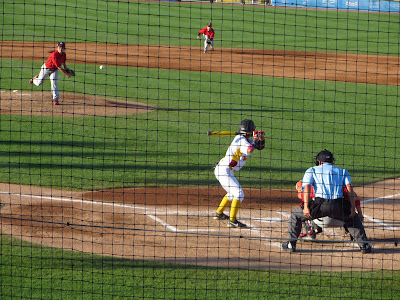 A strike! Mills struck out 3 in the game. 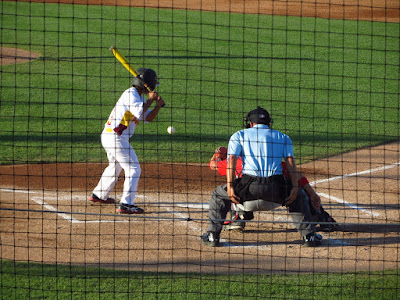 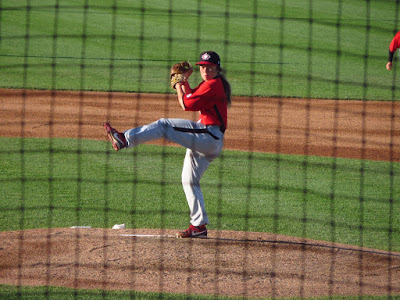 Looking good, taking in an inning from the media area. 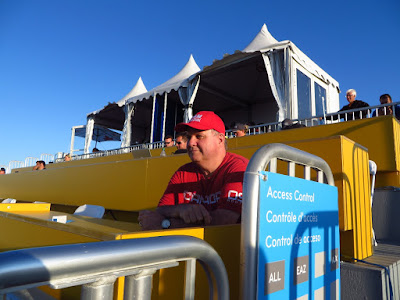 Esquia Rengal pitched great for Venezuela in 5.2 innings of relief, giving up just 2 runs on 5 hits. 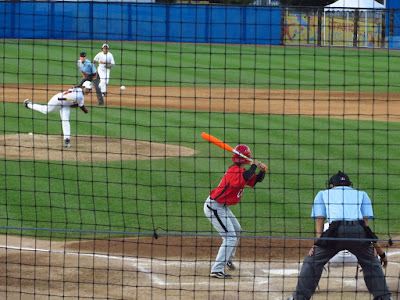 Kevin, Craig and I all felt Canada's second baseman, Nicole Luchanski, was the star of the game. She walked both times in her first two at bats, had 2 hits in 3 at bats and drove in 2. On top of that, she made a sensational leaping grab to rob Venezuela of an extra base hit. Here she is driving the ball to left. 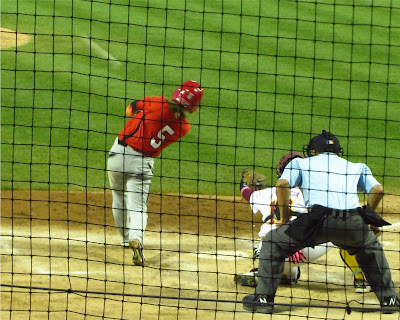 The 9-3 win places Canada in first place in the tournament. It was a fun night and always special to be there cheering on Canada, especially when they win! 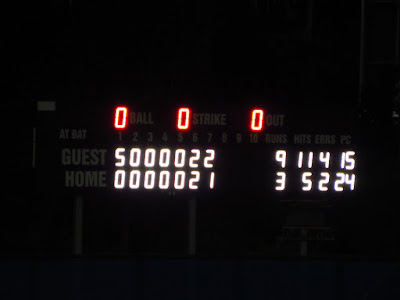