Canadian Men's Sabre Team at the Pan Am Games 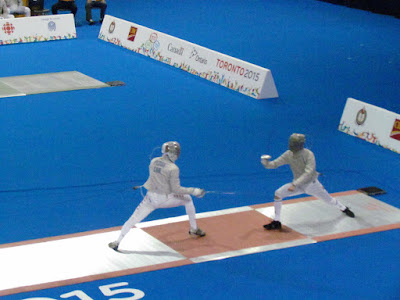 After watching the Woman's Team Sabre competition this morning, it was time for the men's event in the afternoon. I was excited about this, not because I am a sabre fencer, but also because Mark Peros is on the Canadian team. Mark fences out of the same club as I do, and has given me plenty of good advice over the years. As Mark was the only Canadian member of the team from Toronto, he had a very strong contingent on hand cheering on every point he made. That is him in the top picture on the attack. 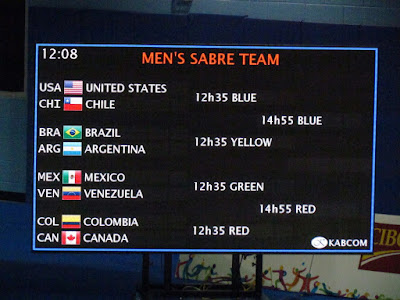 There were a good number of fans in attendance. 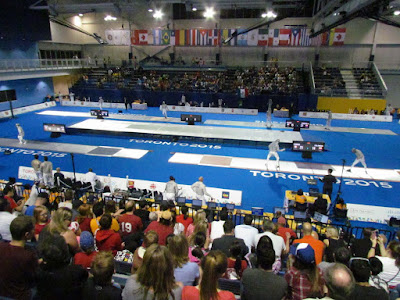 The Canadian team come into the arena, no warm up jackets required, as they were ready to go. 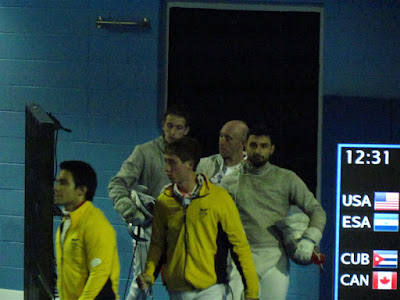 Canada ended the first set down 5-2, then Mark came on. See that red light. Point for Canada! 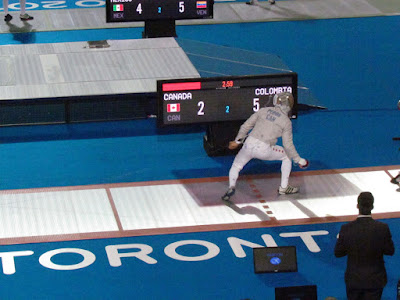 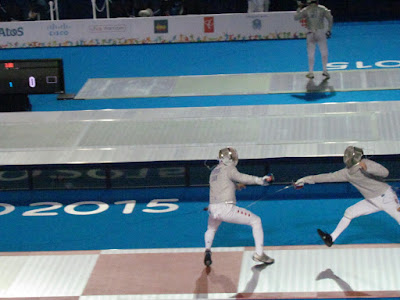 Lefty Joseph Polossifakis attacks and gets the point. 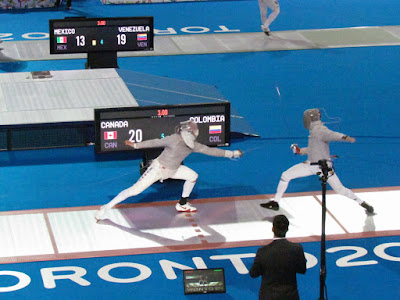 Mark Peros ask for clarification on a hit against him from the judge. 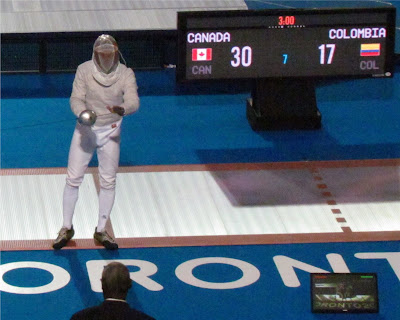 Look at the bend of Mark's blade on the left as he brings it forward to the attack. The sabre blades tip has been measured as travelling at 300 kph, the second fastest thing in the Olympics. Only a bullet is faster. 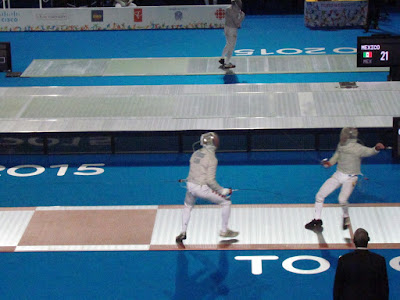 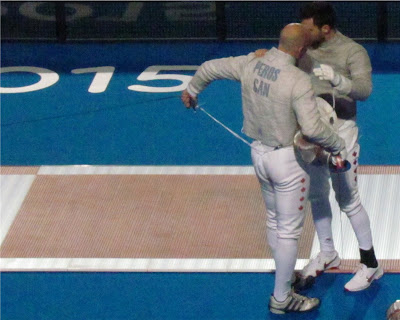 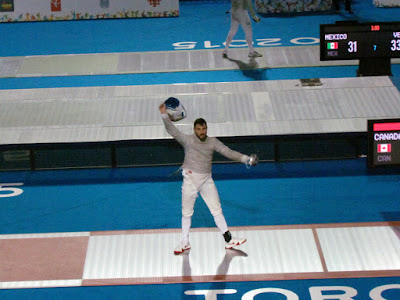 The 45-25 victory put Canada into the semi finals against Venezuela. 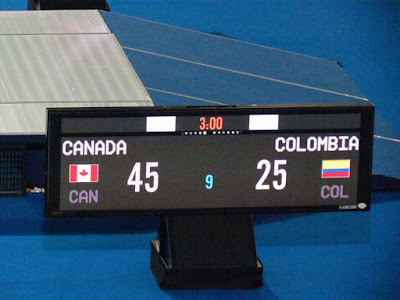 I went out on the patio during the break and had a beer. It was a beautiful day. 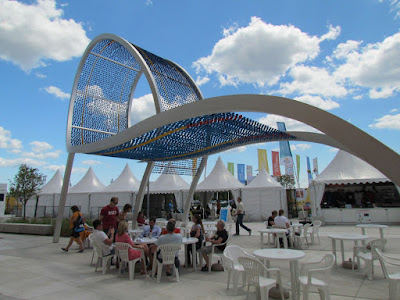 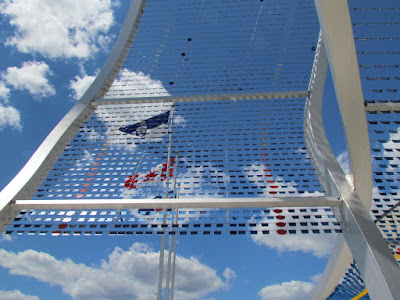 Time for the semi-finals! 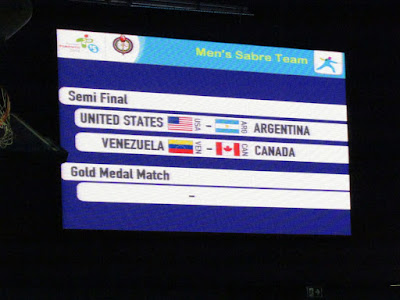 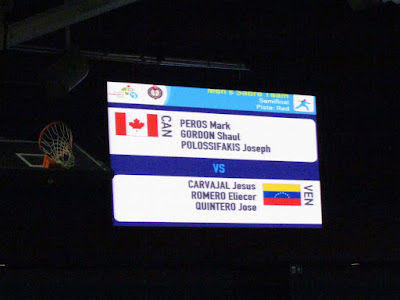 Venezuelan fans were in full force and loud. 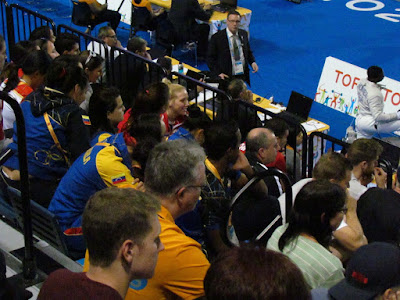 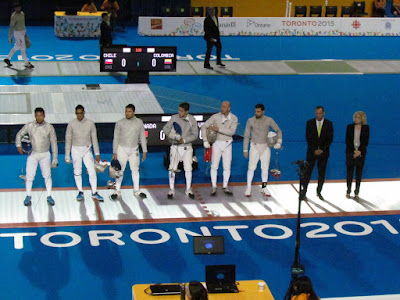 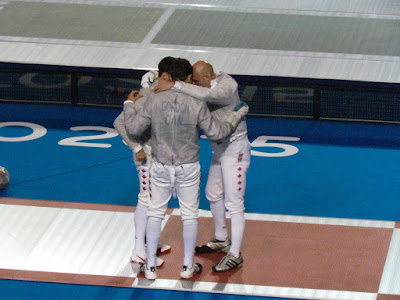 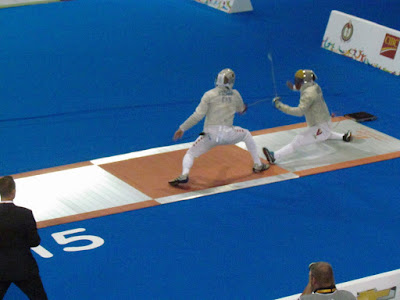 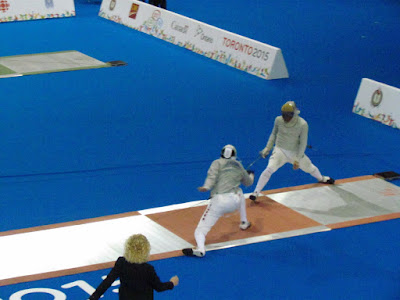 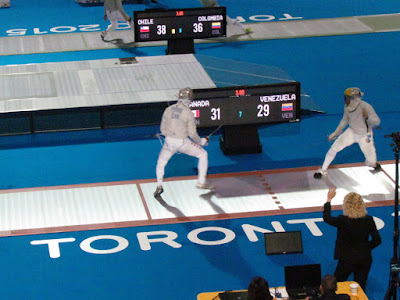 Polossifakis celebrates his 44th point. One more to go. 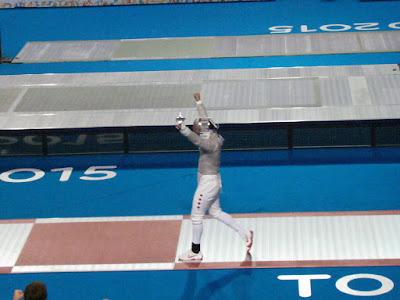 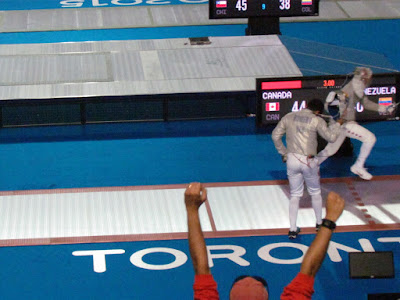 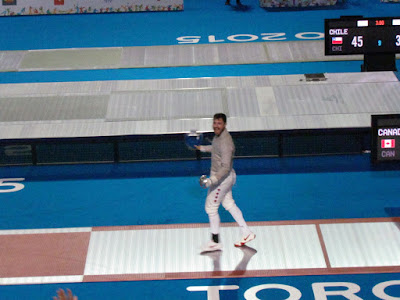 The 45-40 win meant Canada would fence off against the U.S. for Gold. 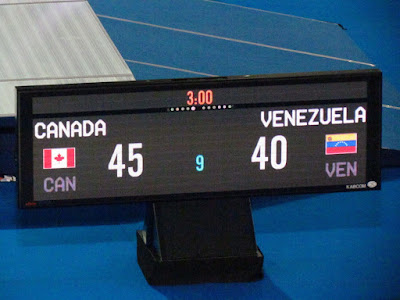 It was a fun afternoon of fencing. I didn't have tickets for the medal events but hearing from fellow fencers that were there Canada fought hard but in the end were downed by the U.S. squad 45-37 and came out with a Silver medal.