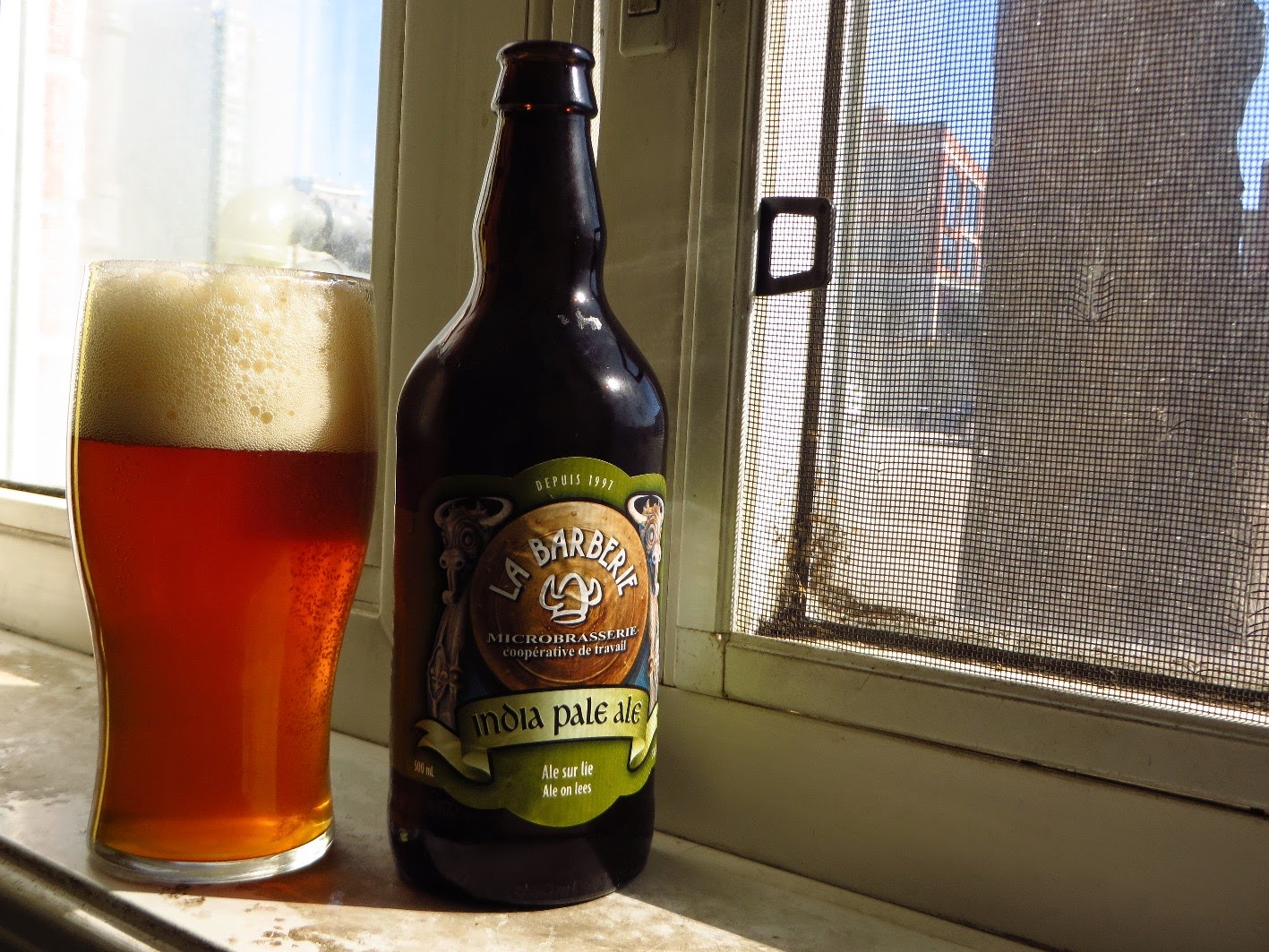 When Teena and I were at the Depanneur AS in Montreal this week shopping for beer, one of the beers I picked up was an India Pale Ale (IPA) from La Barberie Microbrasserie.

La Barberie has been opened in Quebec City since 1997 and from the looks of the pictures I have seen has an amazing looking patio to enjoy beers on. Their entire website is in French, so I  really could not find out much more. Here is a picture that I copied from their site showing the inside and outside of the brewpub.

The beer pours amber in colour with a very lively, off white head. In fact, the head kind of overtook the pour. I can sense English style hops in the aroma.

This IPA starts off just a little watery in mouth feel and light in taste when I first sipped but then the hops start to come through. I'm surprised at the citrus taste the hops give to this as I was sure I smelled English style hops in the aroma. Perhaps my nose is off as this has the citrus bite of an West Coast hop.

I would call this more of a Pale Ale instead of an Indian Pale Ale and that is not an insult. The hops aren't as pronounced as in an IPA and it weighs in at 5% APV, less than an IPA. Nothing wrong with that as this is a nice tasty session beer, one that I would have again and would love to try on tap one day at the brewery. 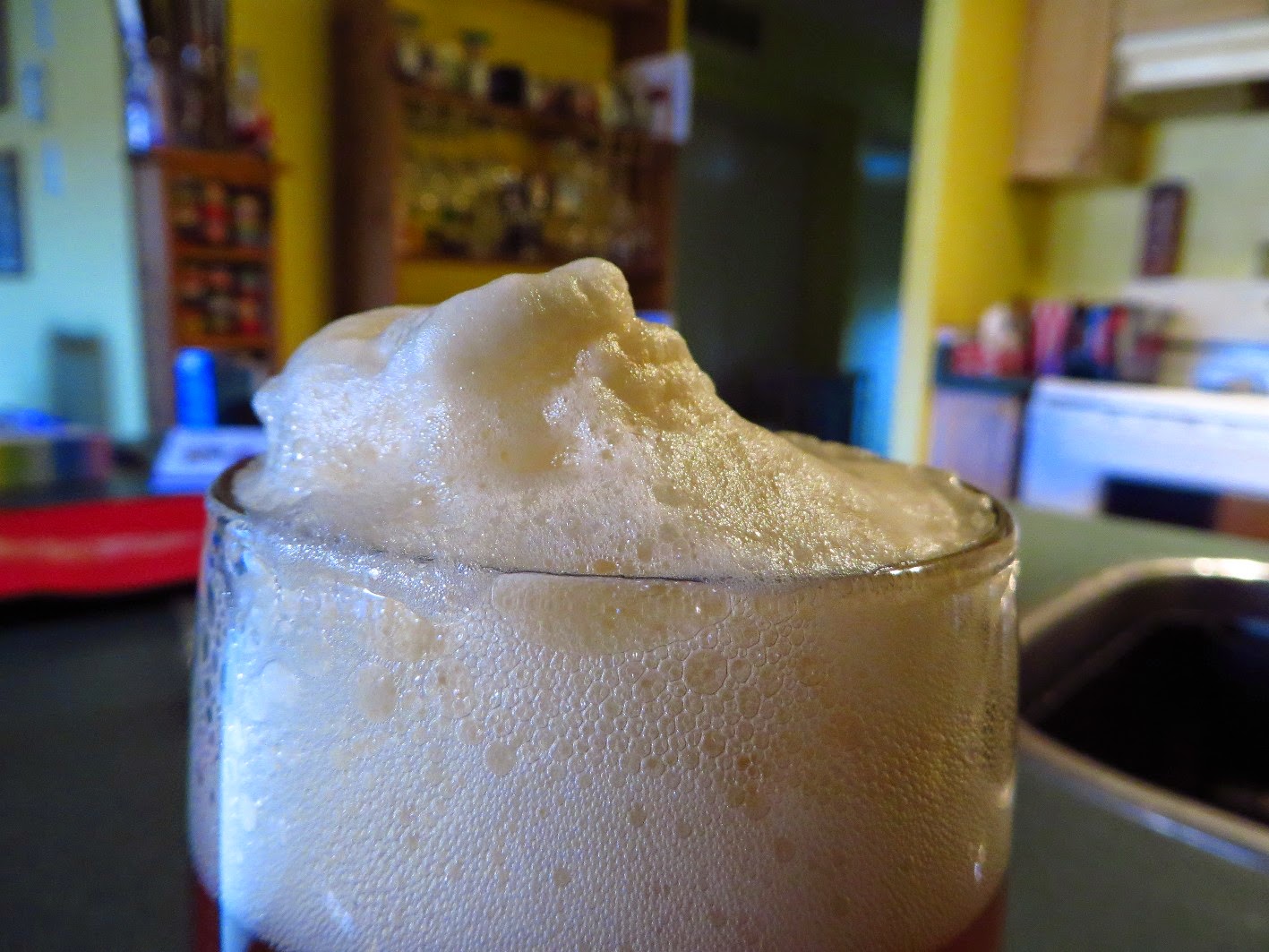