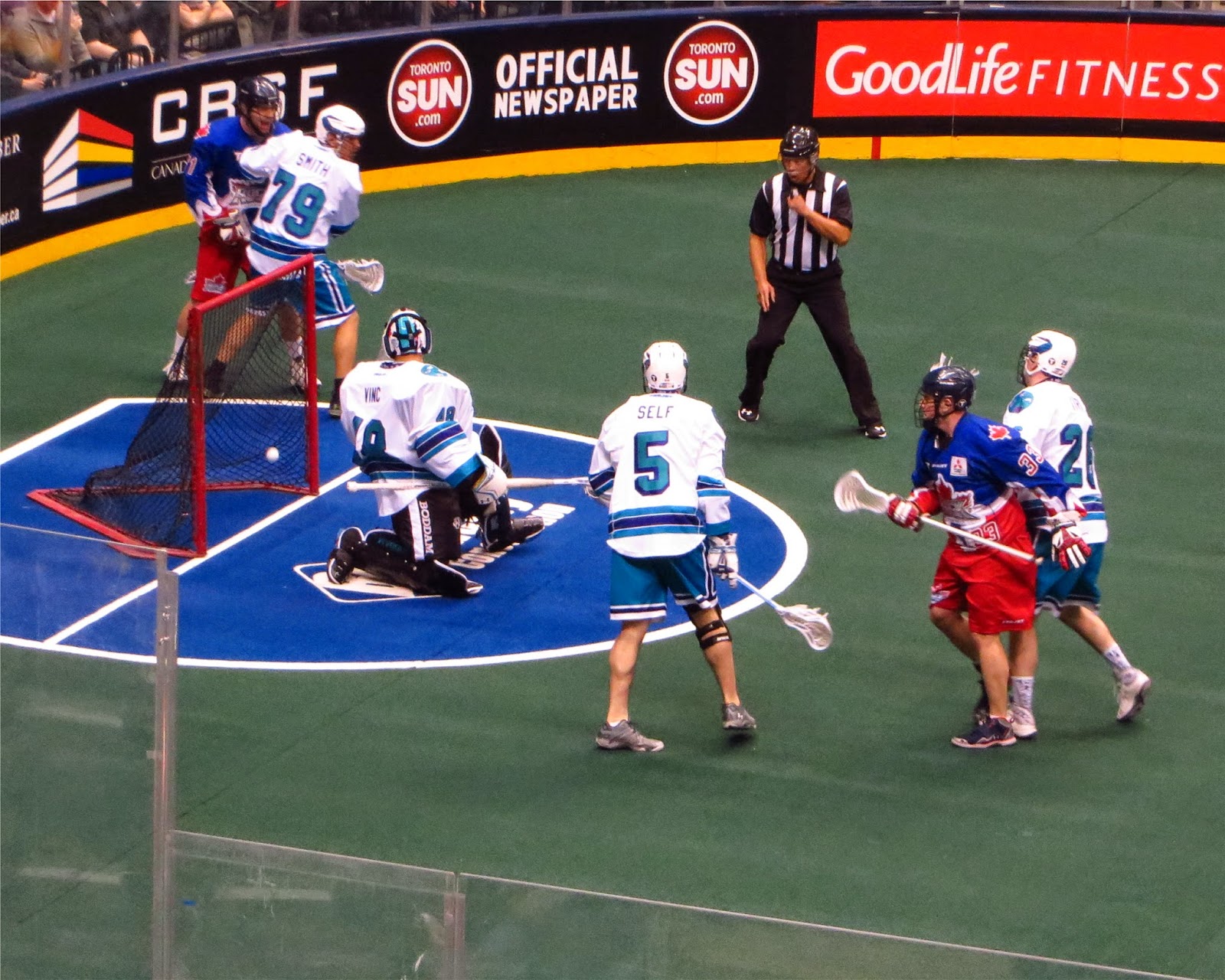 Tonight the first place Toronto Rock were at home against the Rochester Knighthawks who trailed them in second by two and a half games. A Rock victory would almost put a lock on clinching first in the Eastern Division.

Tuesday was my birthday so Teena ensured my name was on the birthday board! 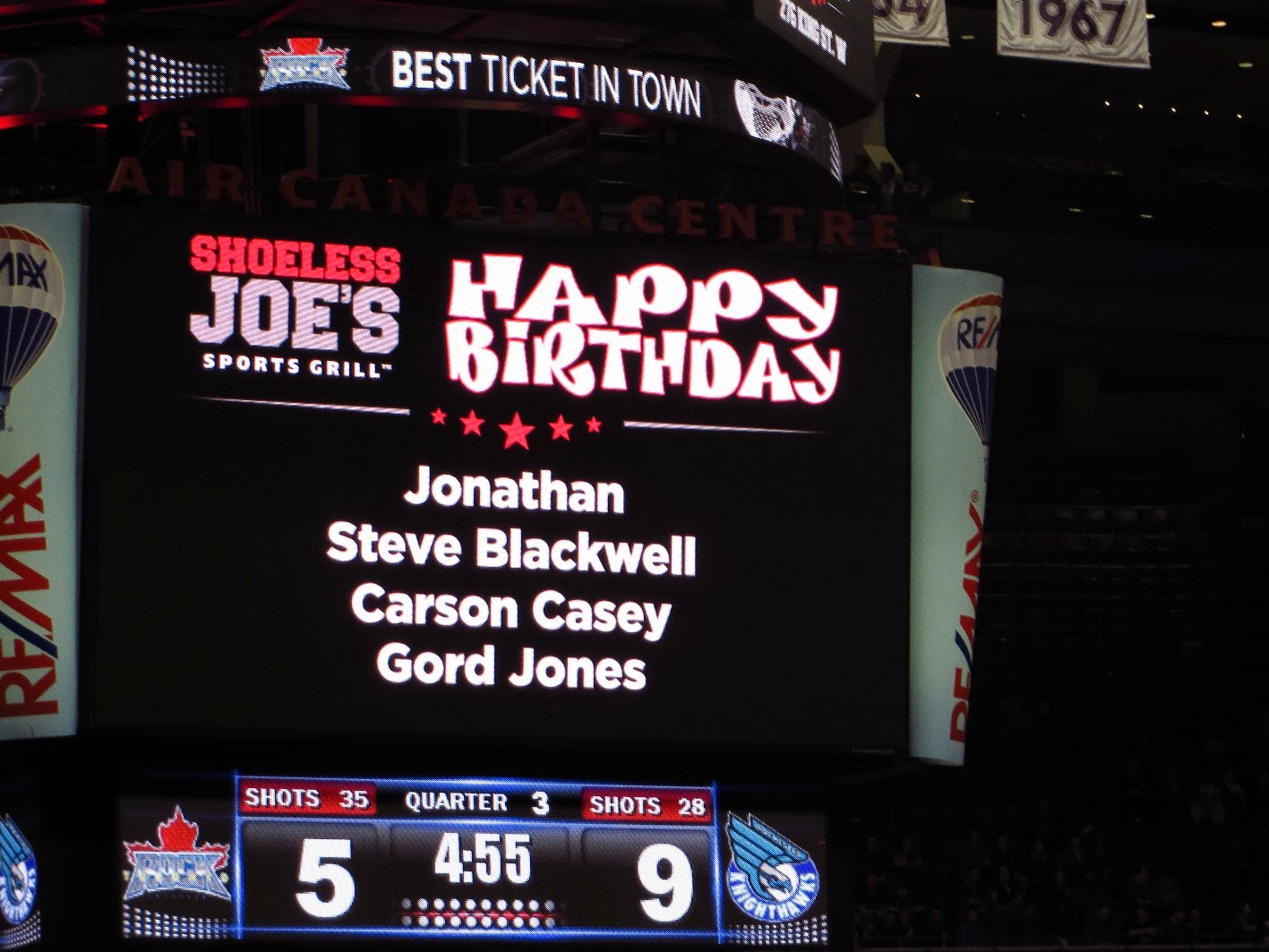 It was time for the game to start. The Rock put in the first goal (top picture) but then the Knighthawks scored five straight. Rock goalie Brandon Miller was pulled for Nick Rose in an effort to settle down the team. The Rock managed one more goal to be down 5-2 at the end of the first quarter. 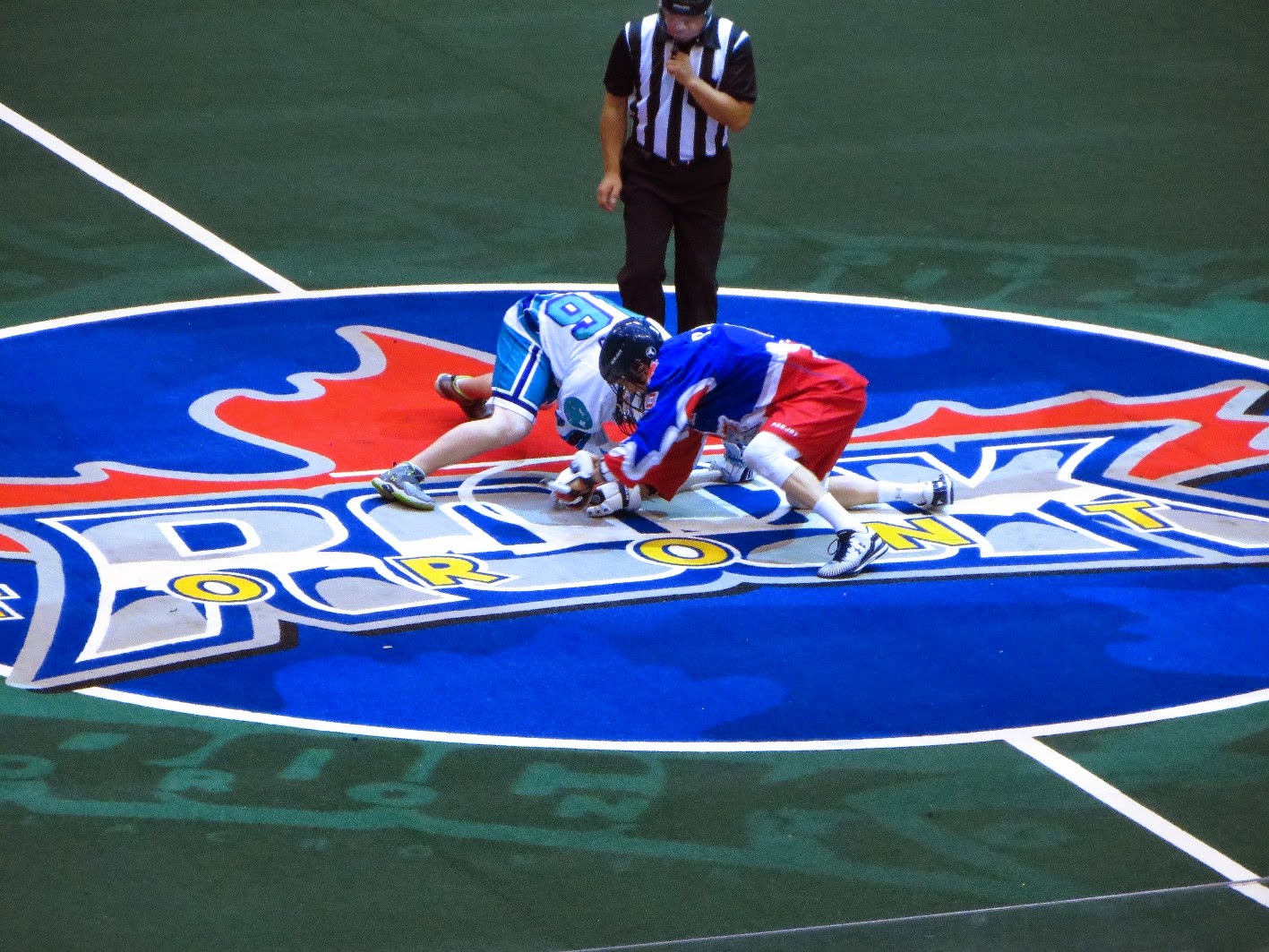 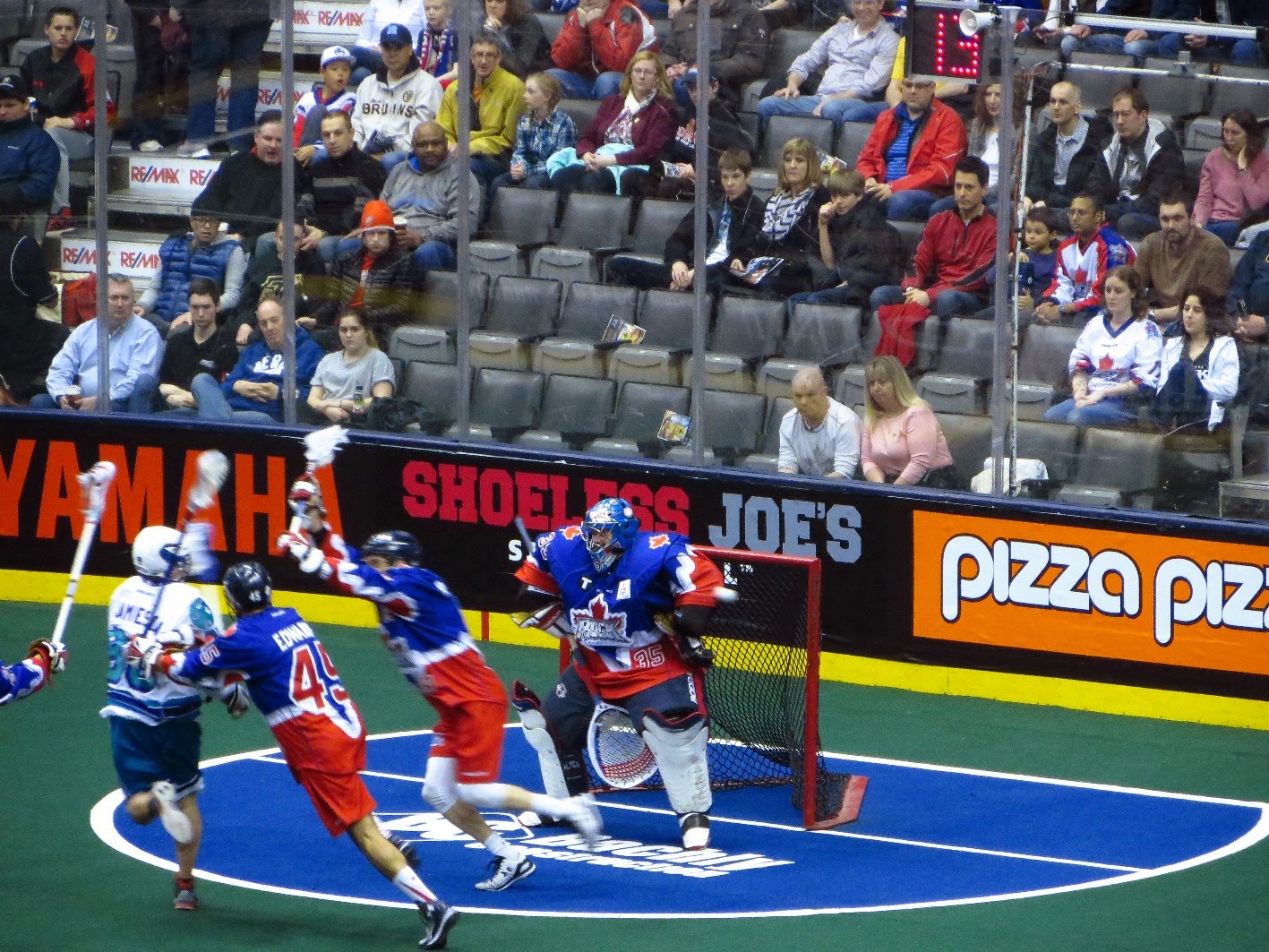 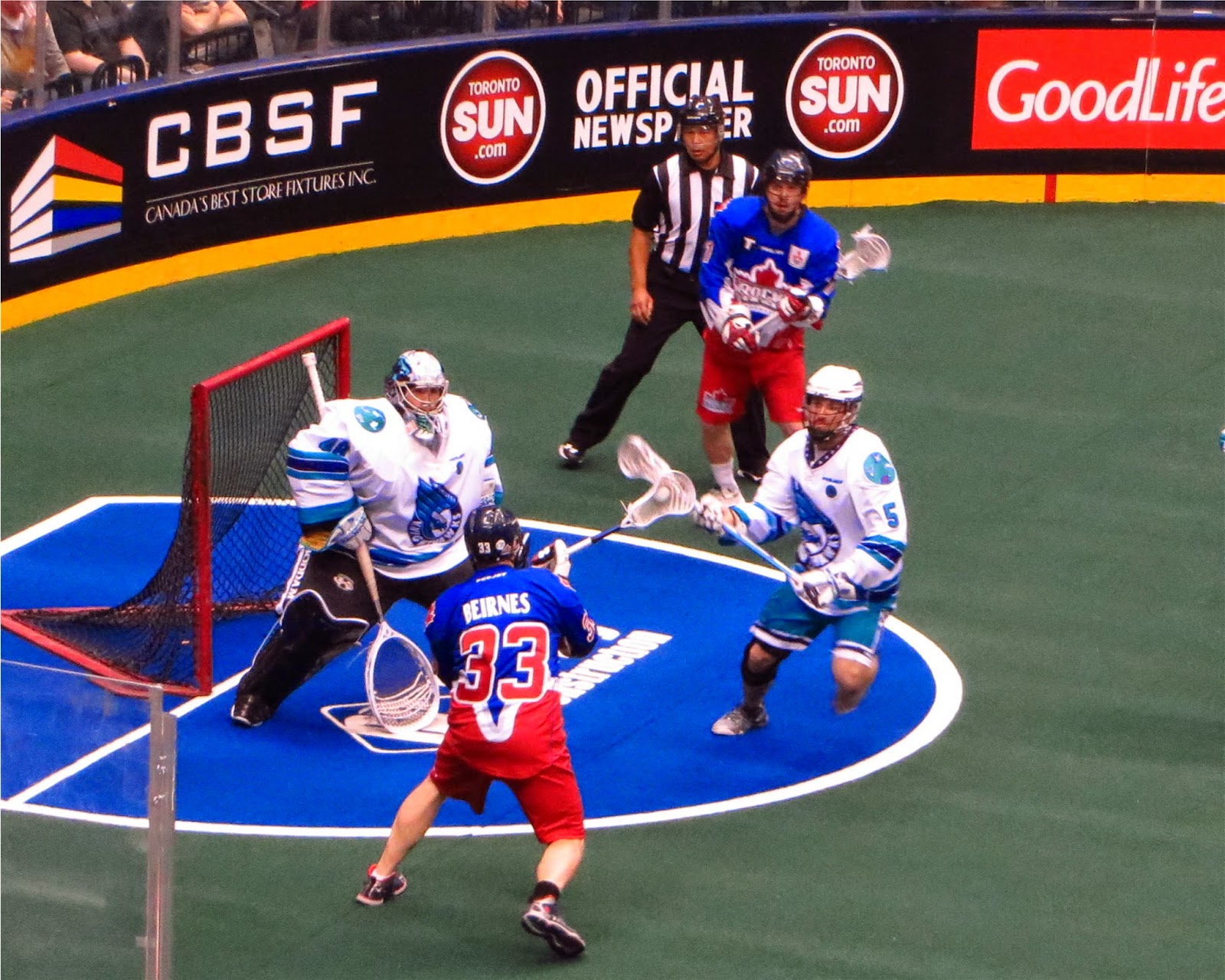 It was a chippy game but even though there were a few discussions, no fights broke out. 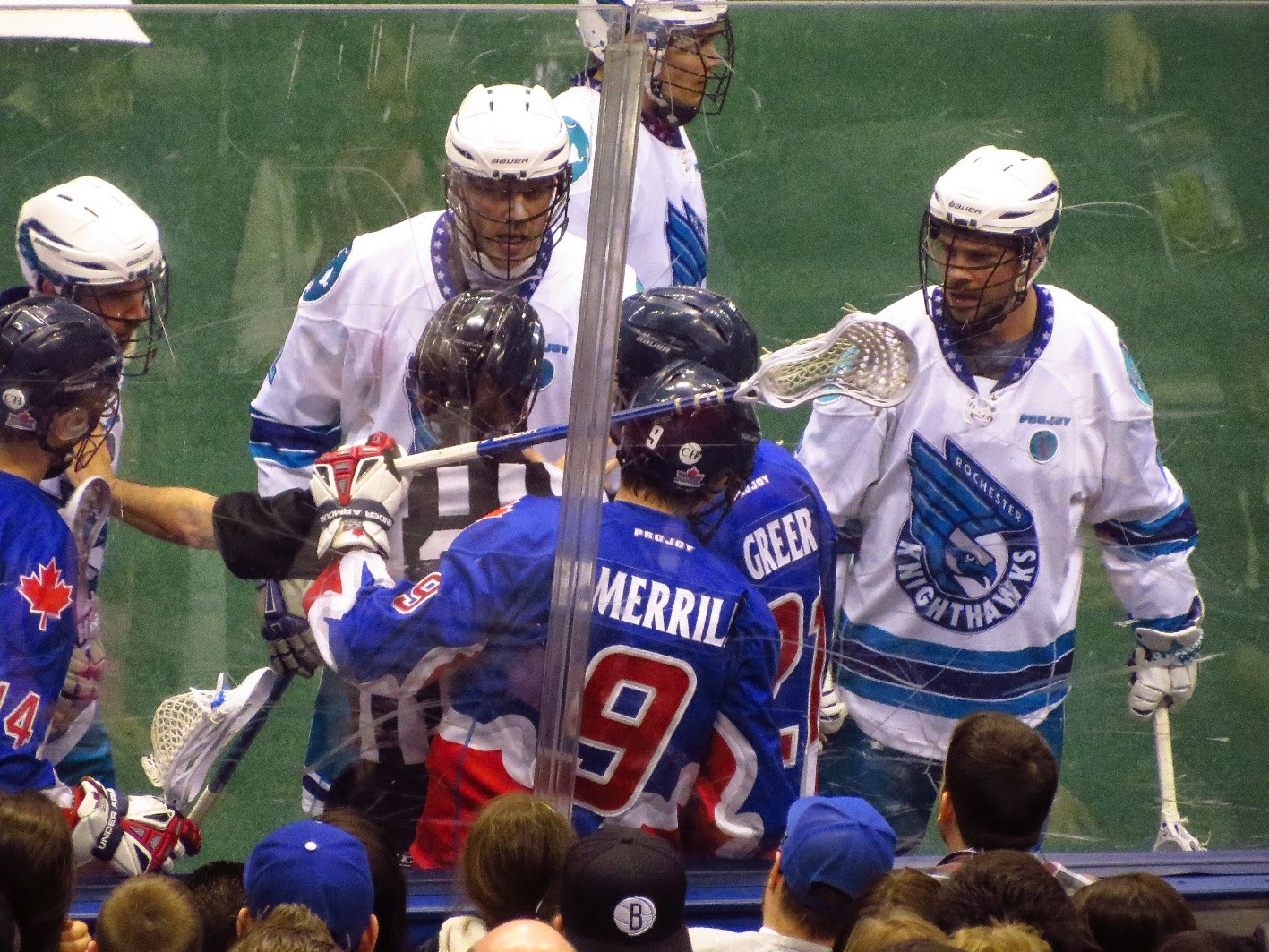 At the start of the second quarter, the Rock allowed three more goals to be down 8-3. The Rock Cheerleaders came out to perform. 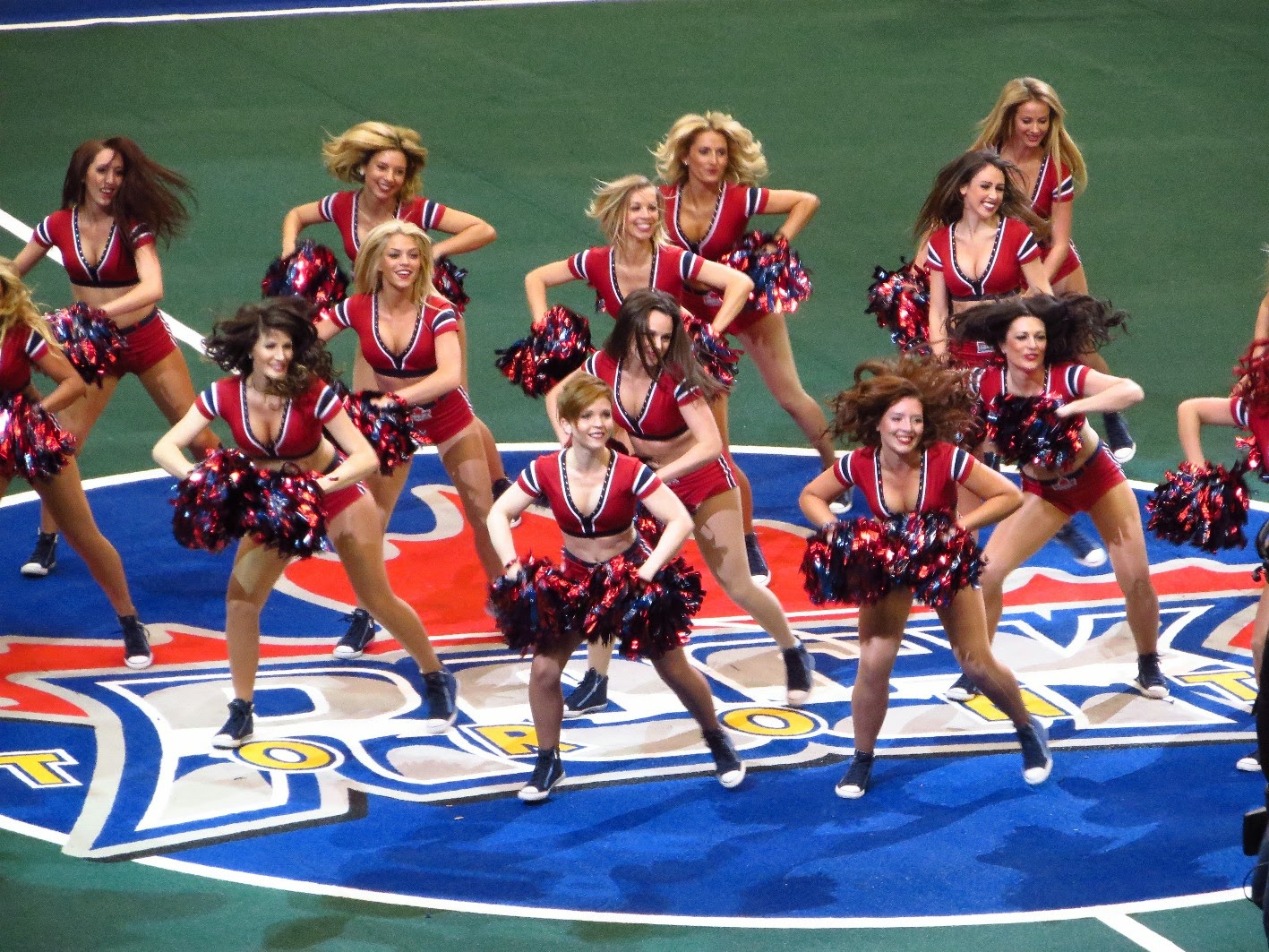 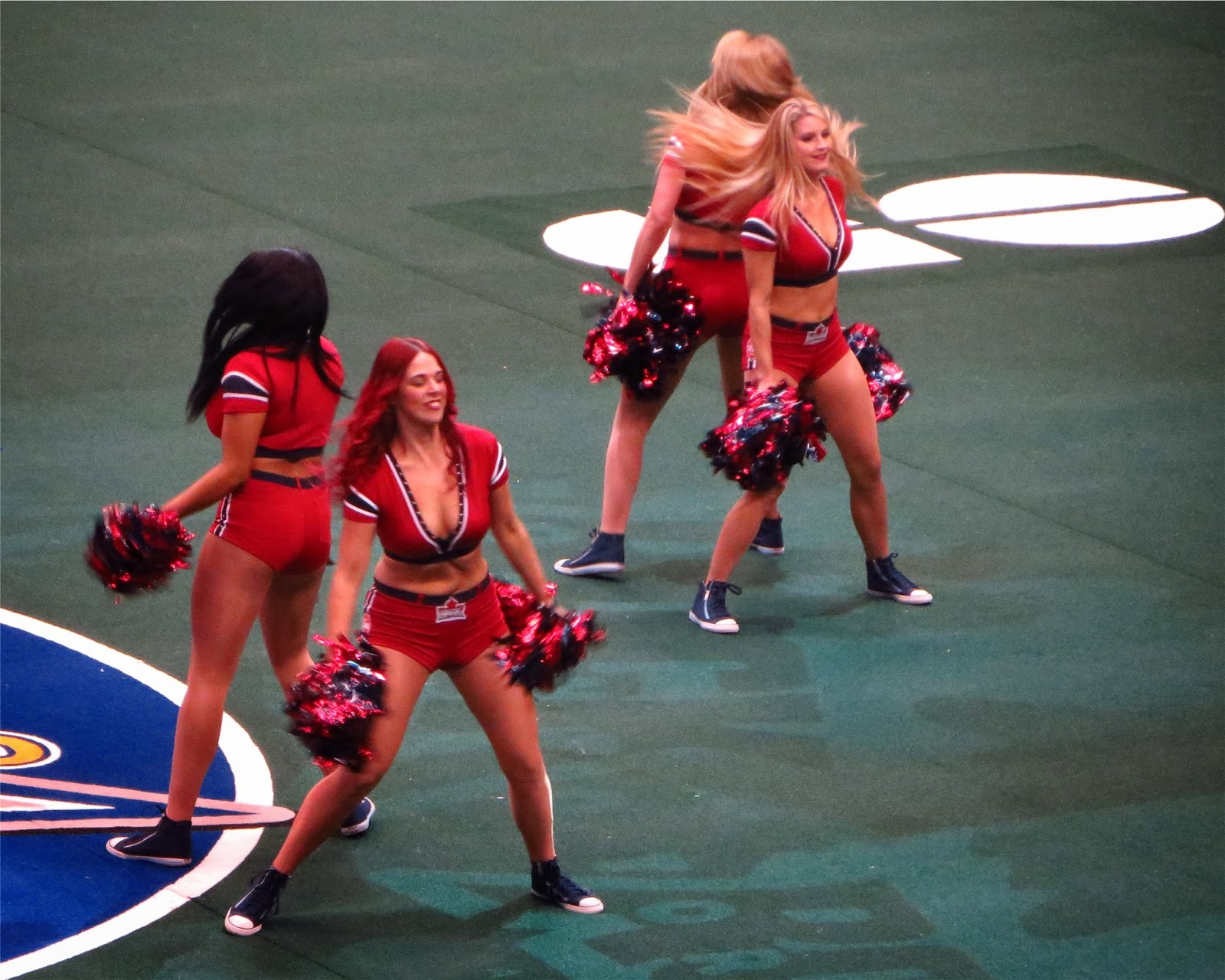 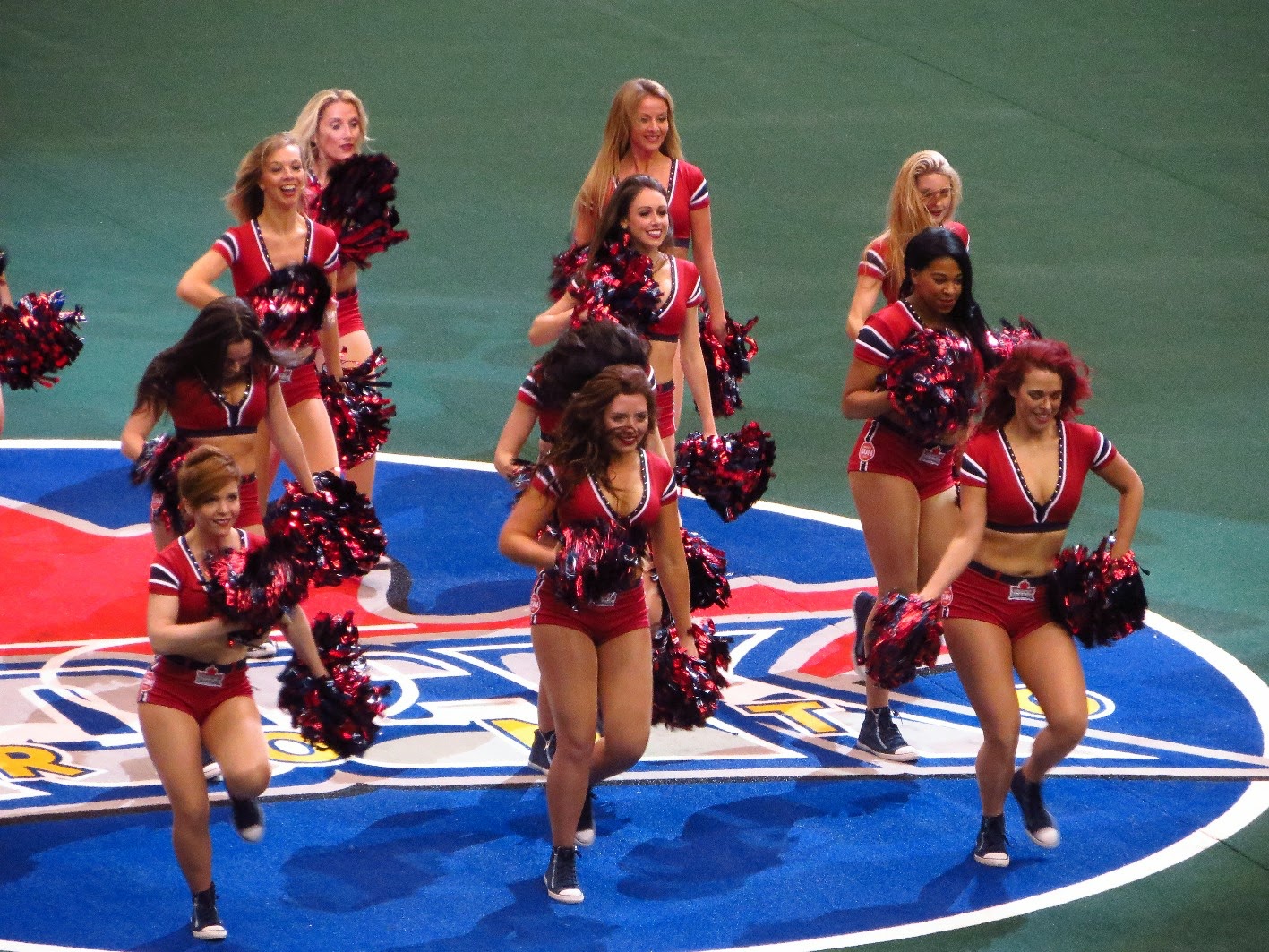 Our neighbors Steve and Simone came to the game with us. 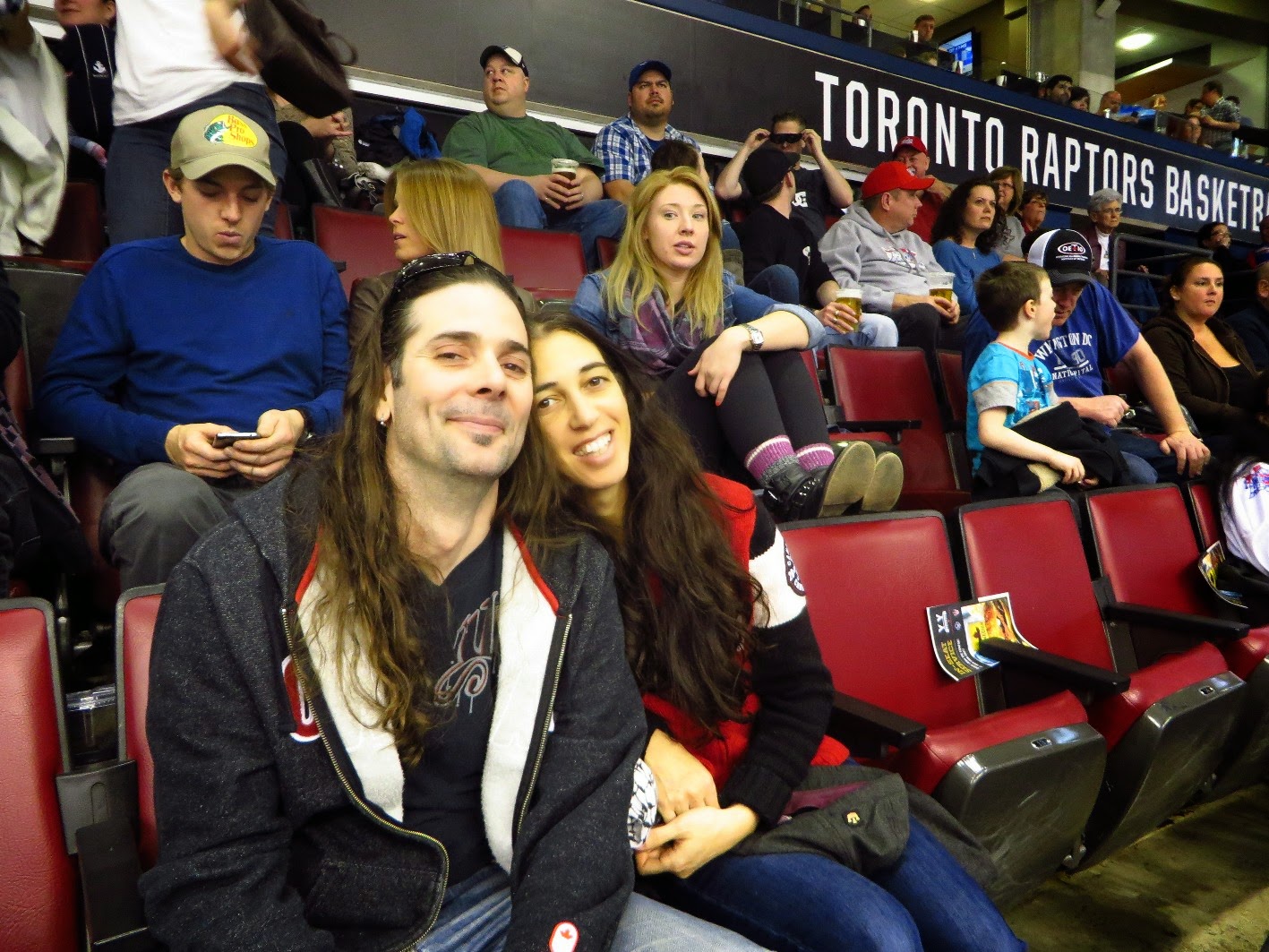 Down by five, our section didn't give up. 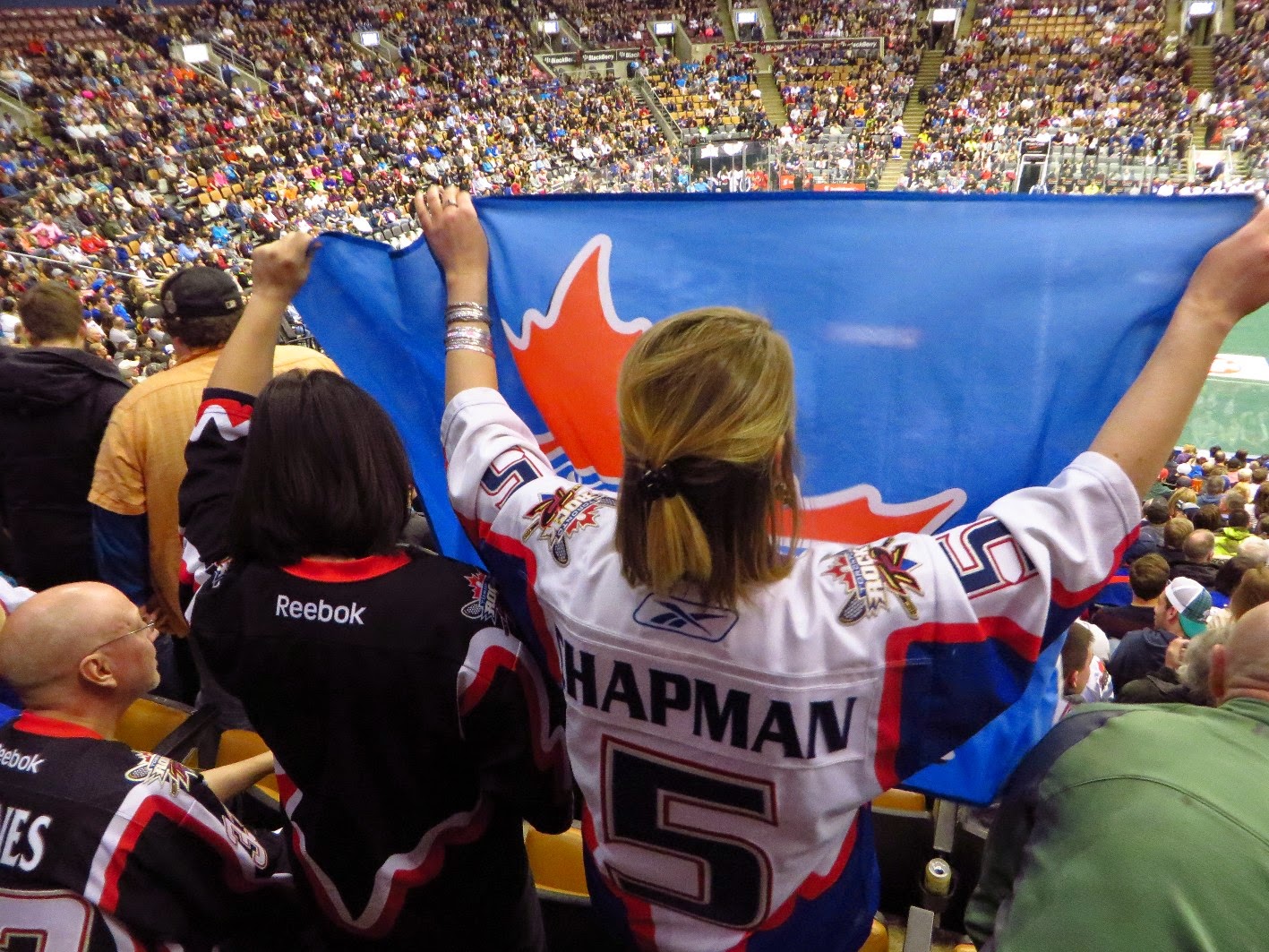 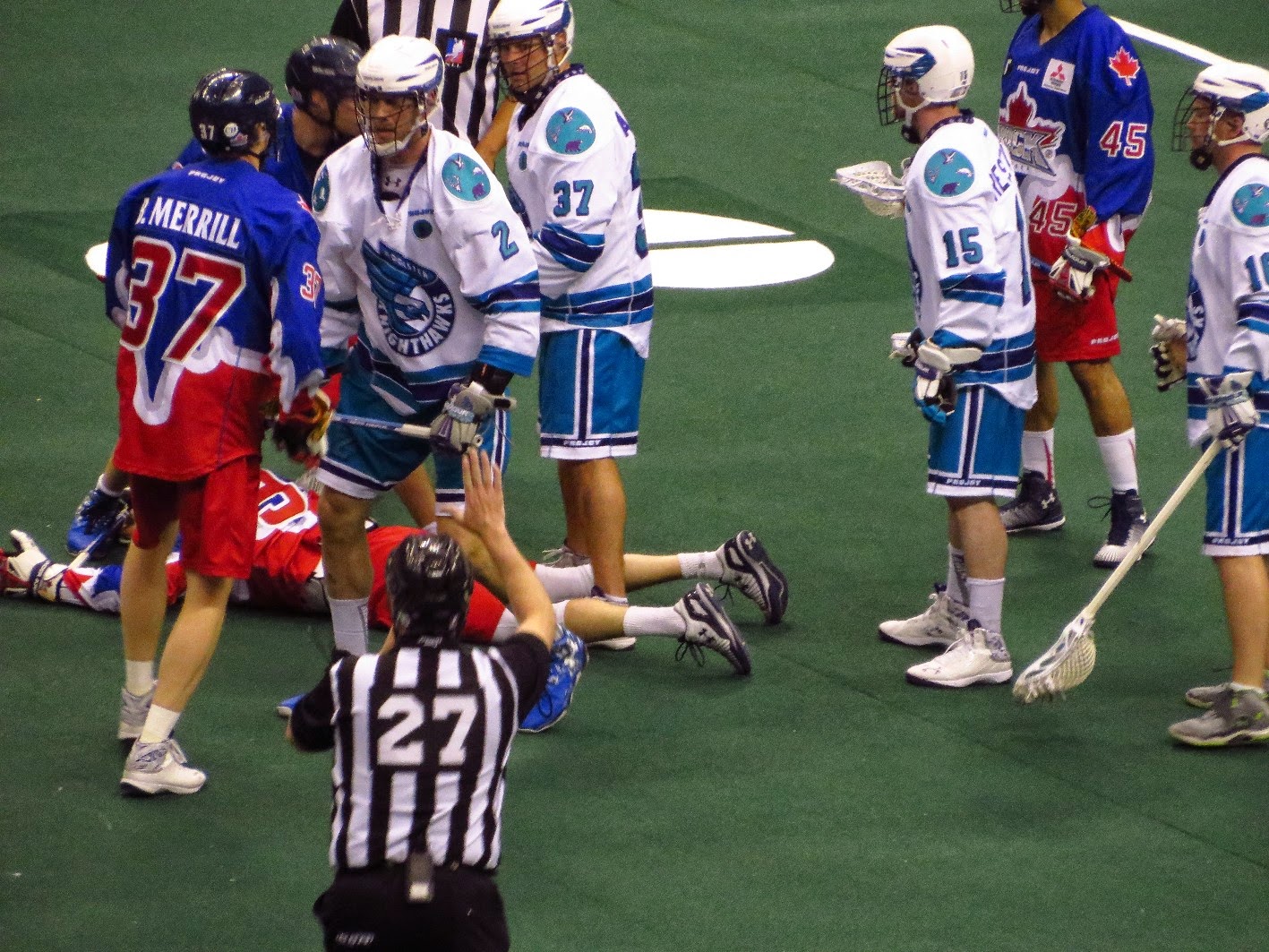 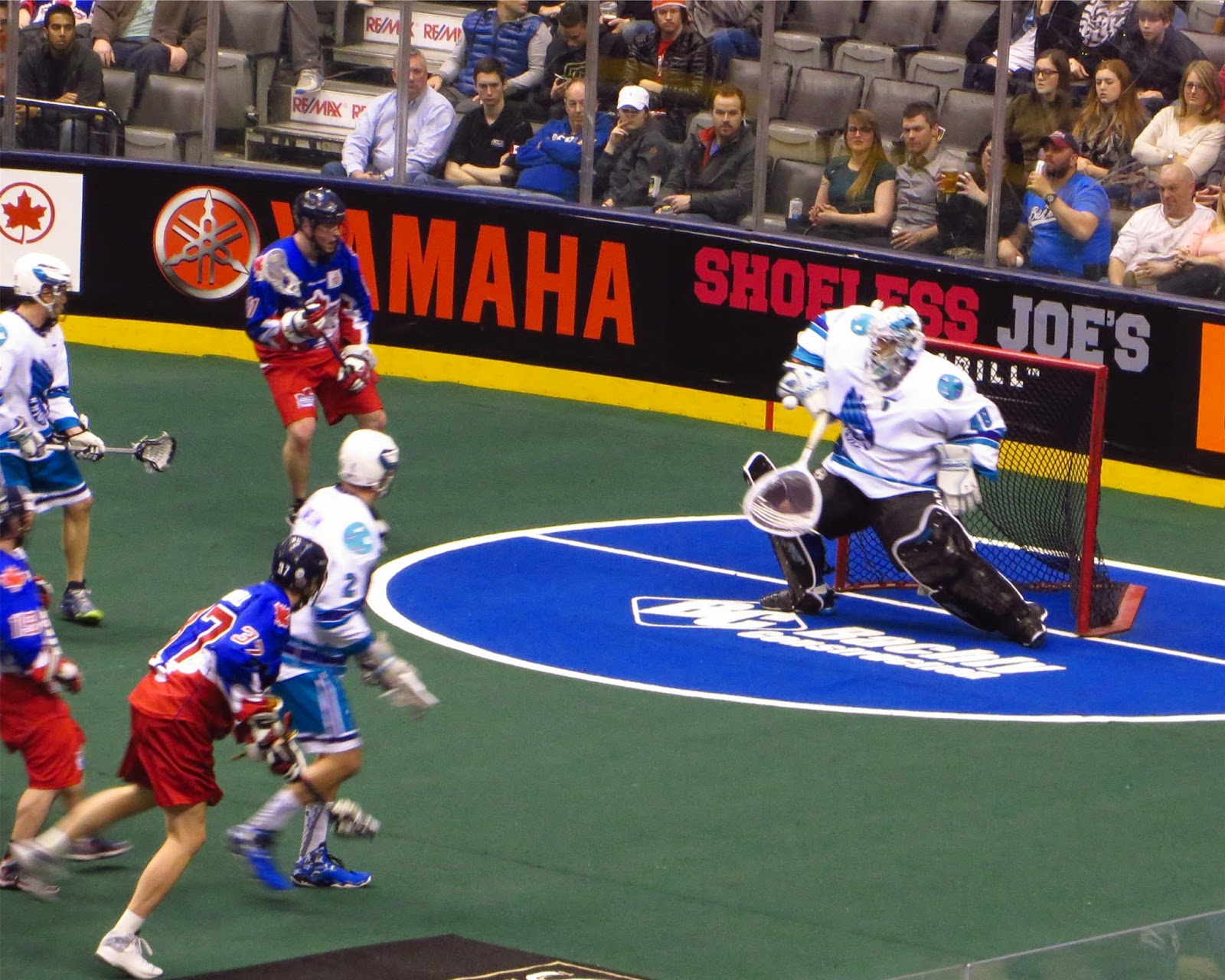 Iggy was back with lots of energy. He is probably the only team mascot I like. 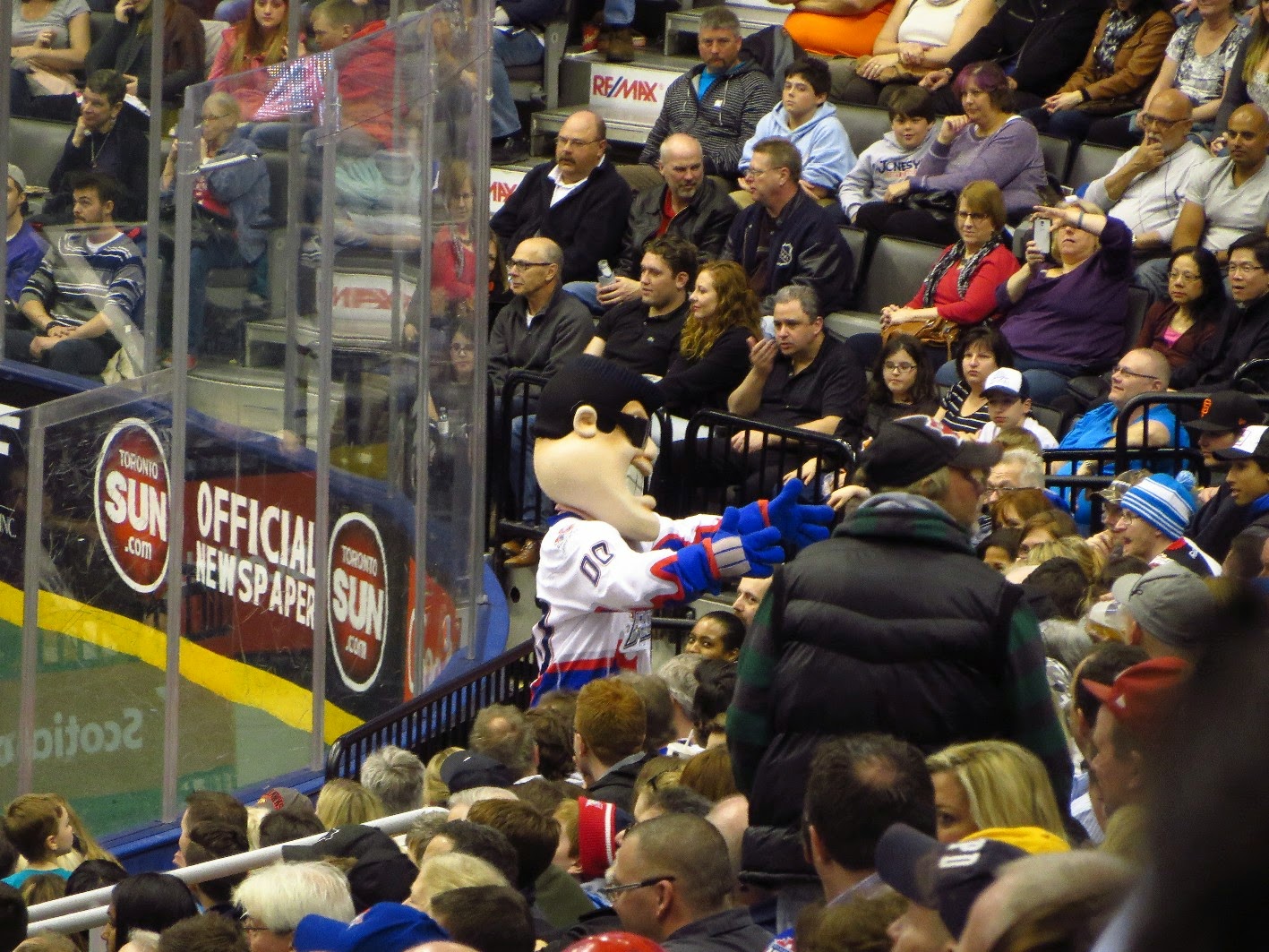 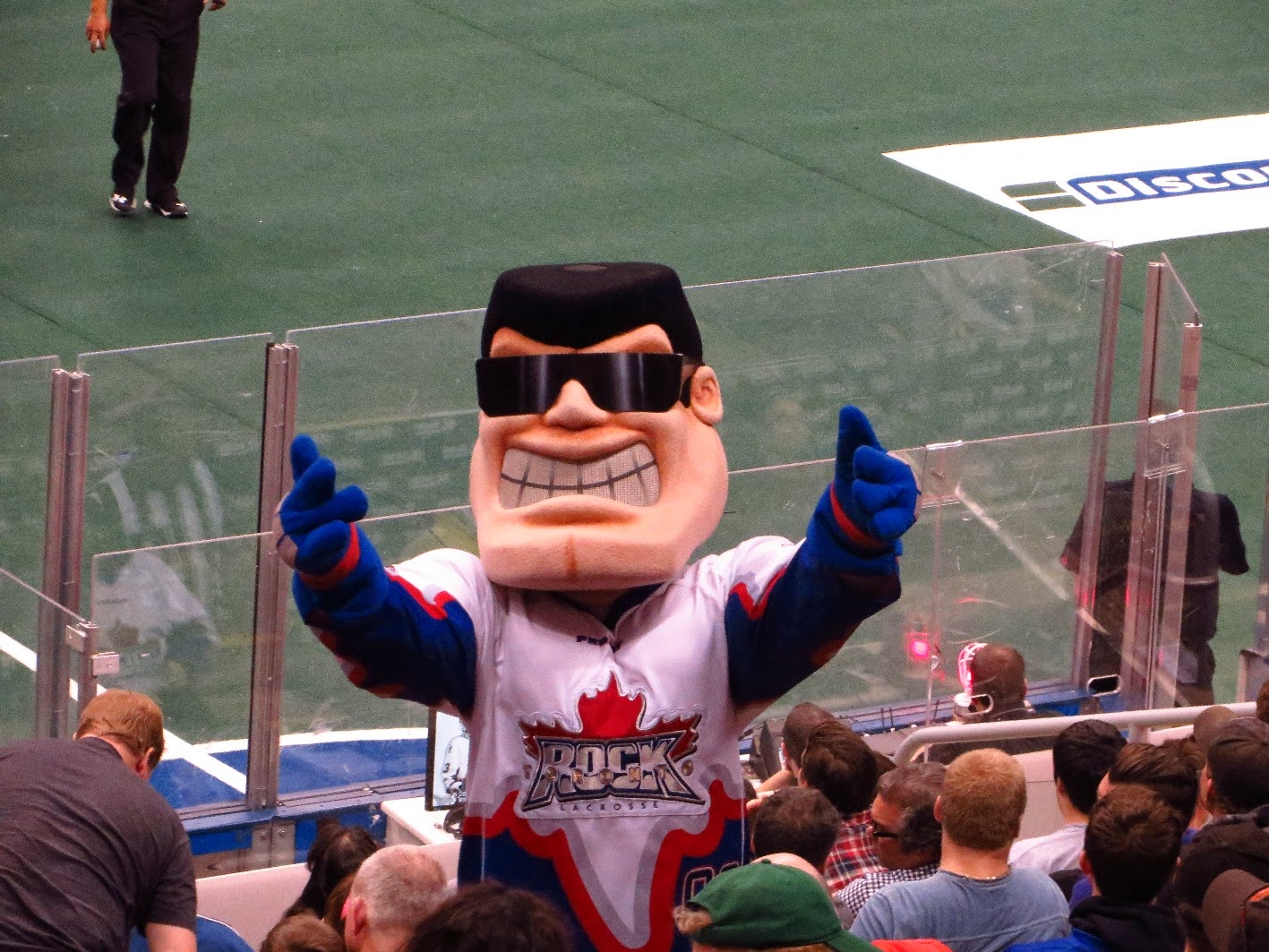 At the half, the Rock were down 8-4. The Rock alumni from past championship years came out at the half for an exhibition game. It was fun to watch. Notice the lack of helmets. 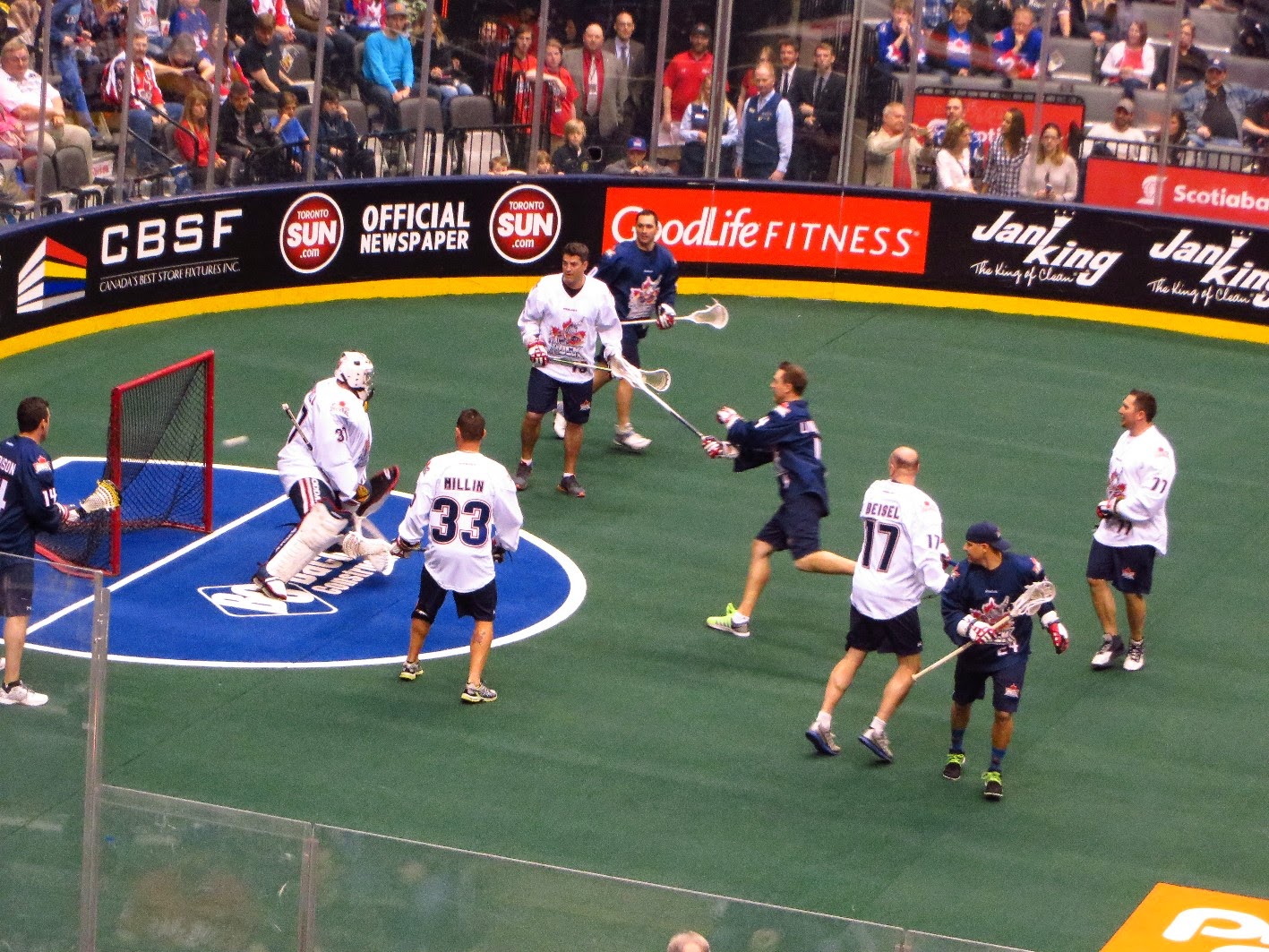 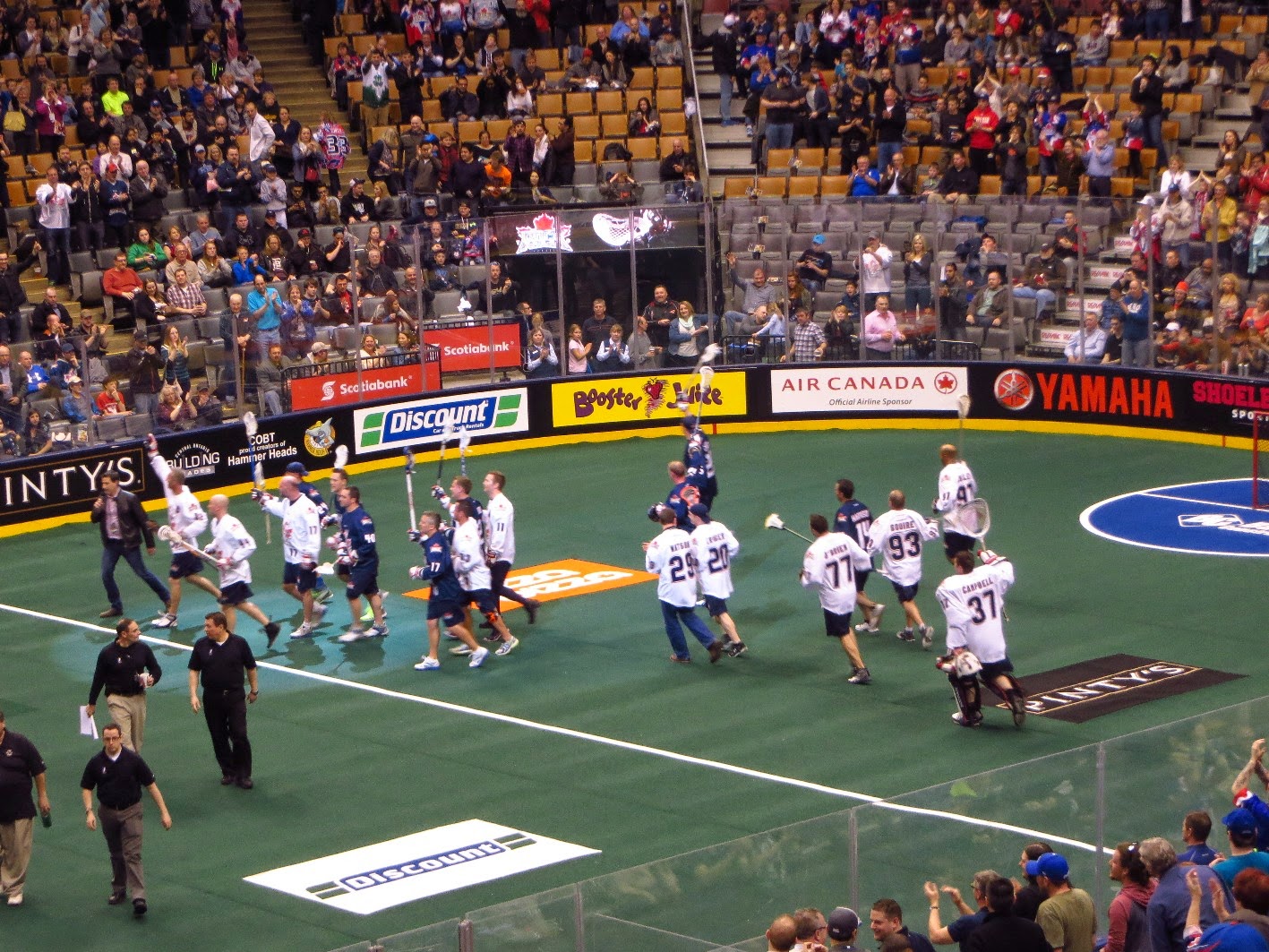 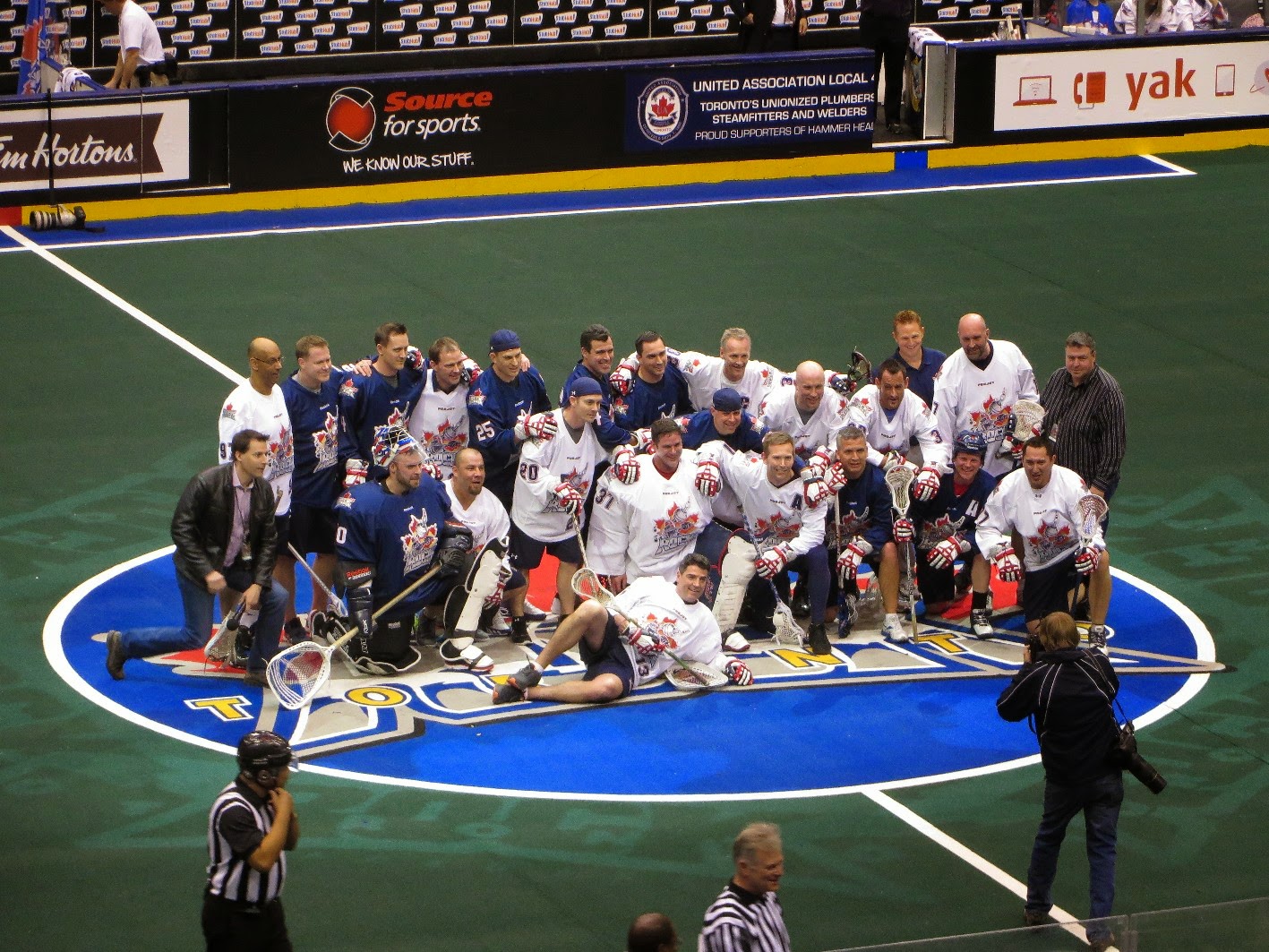 Although the Rock scored first in the third quarter, they were still down by four goals at the end of it by a 10-6 score. 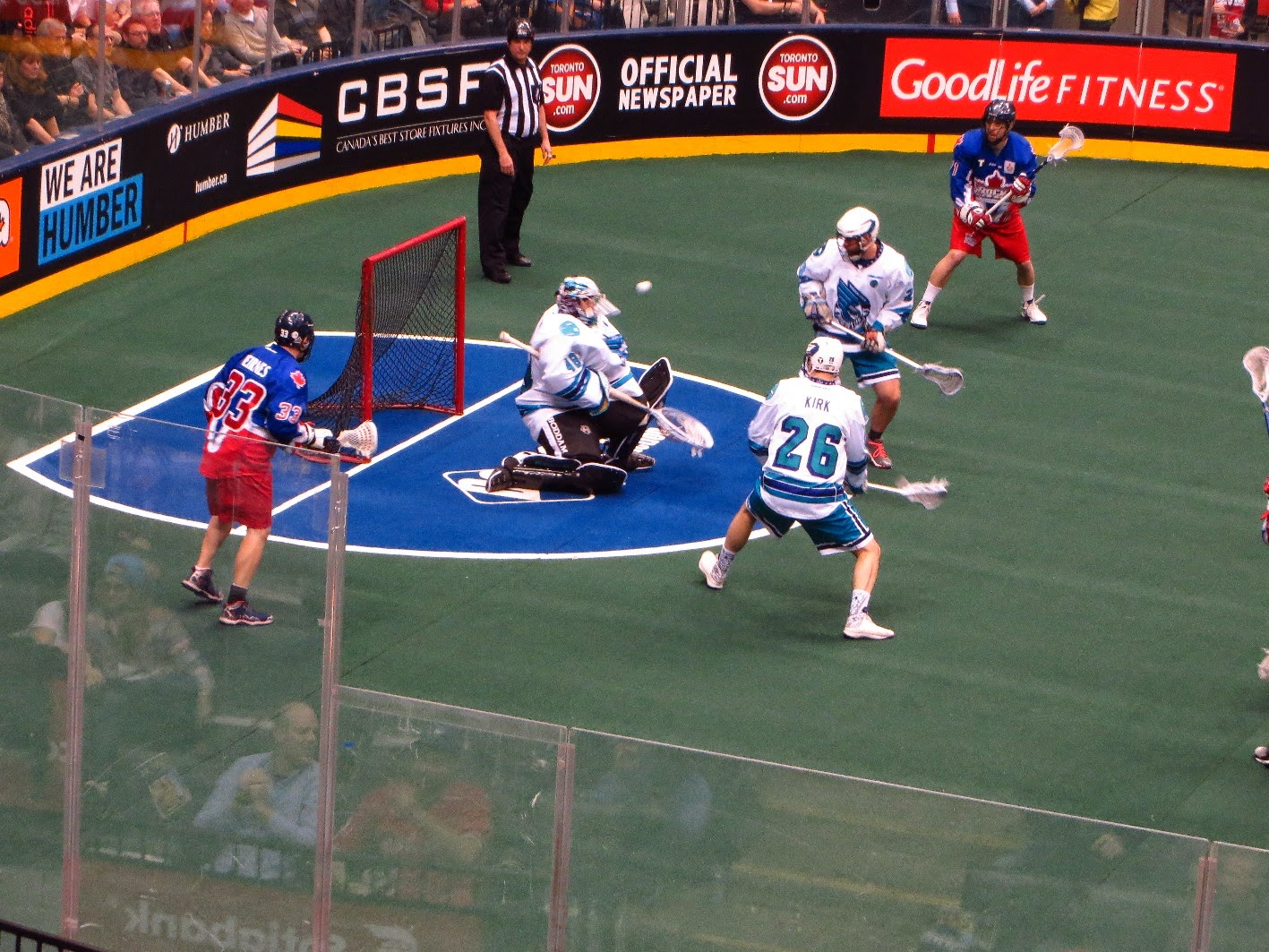 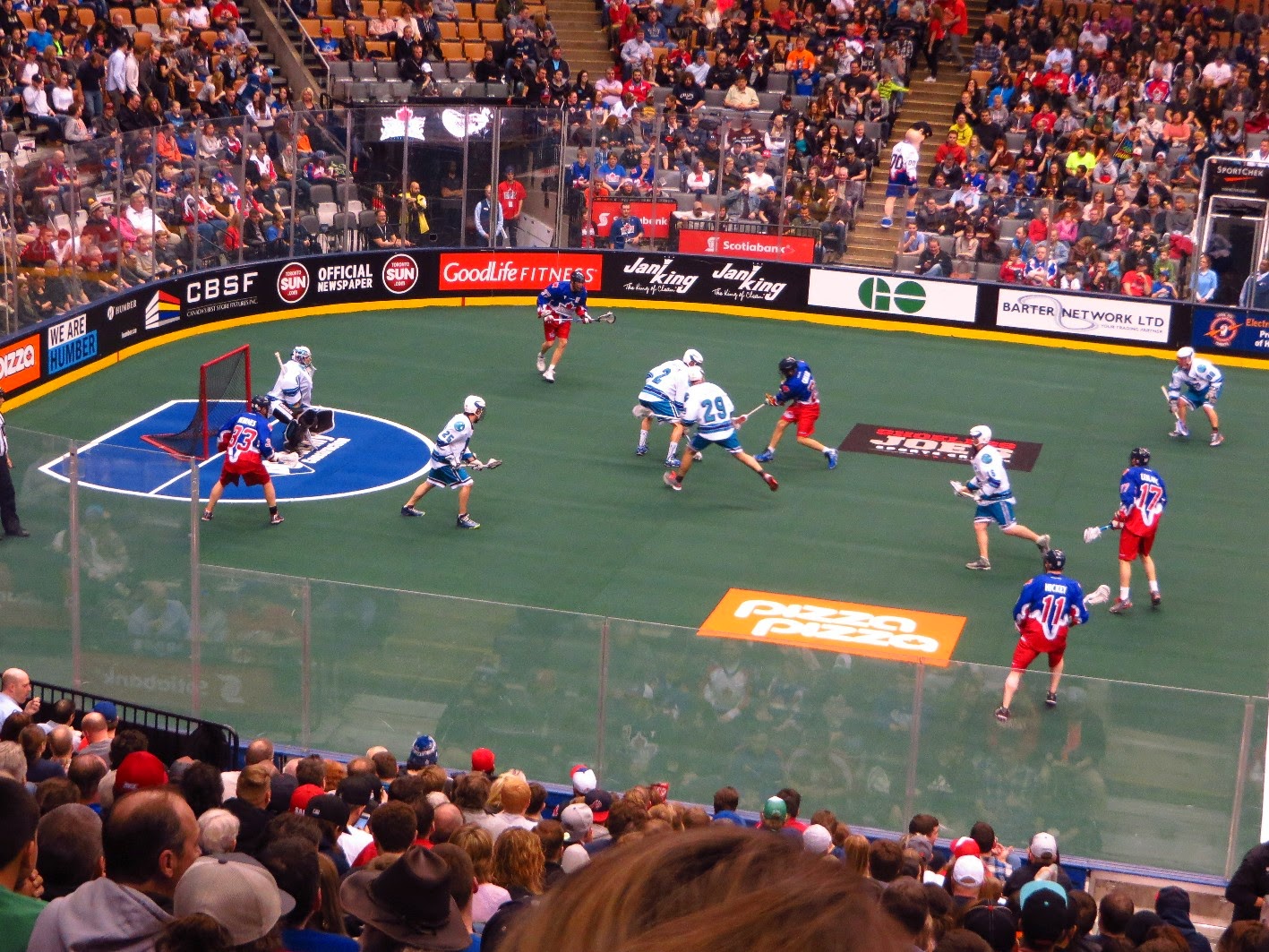 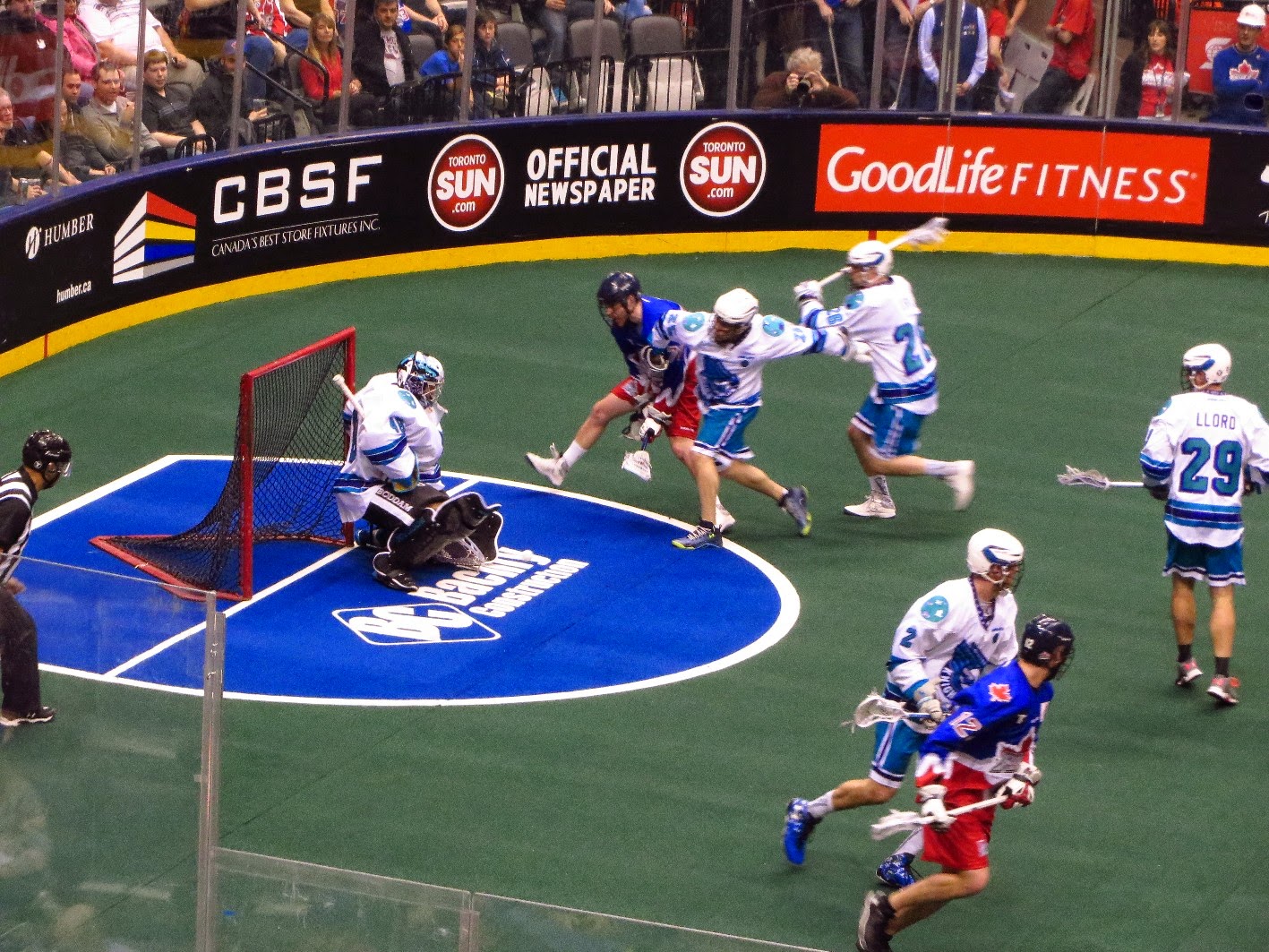 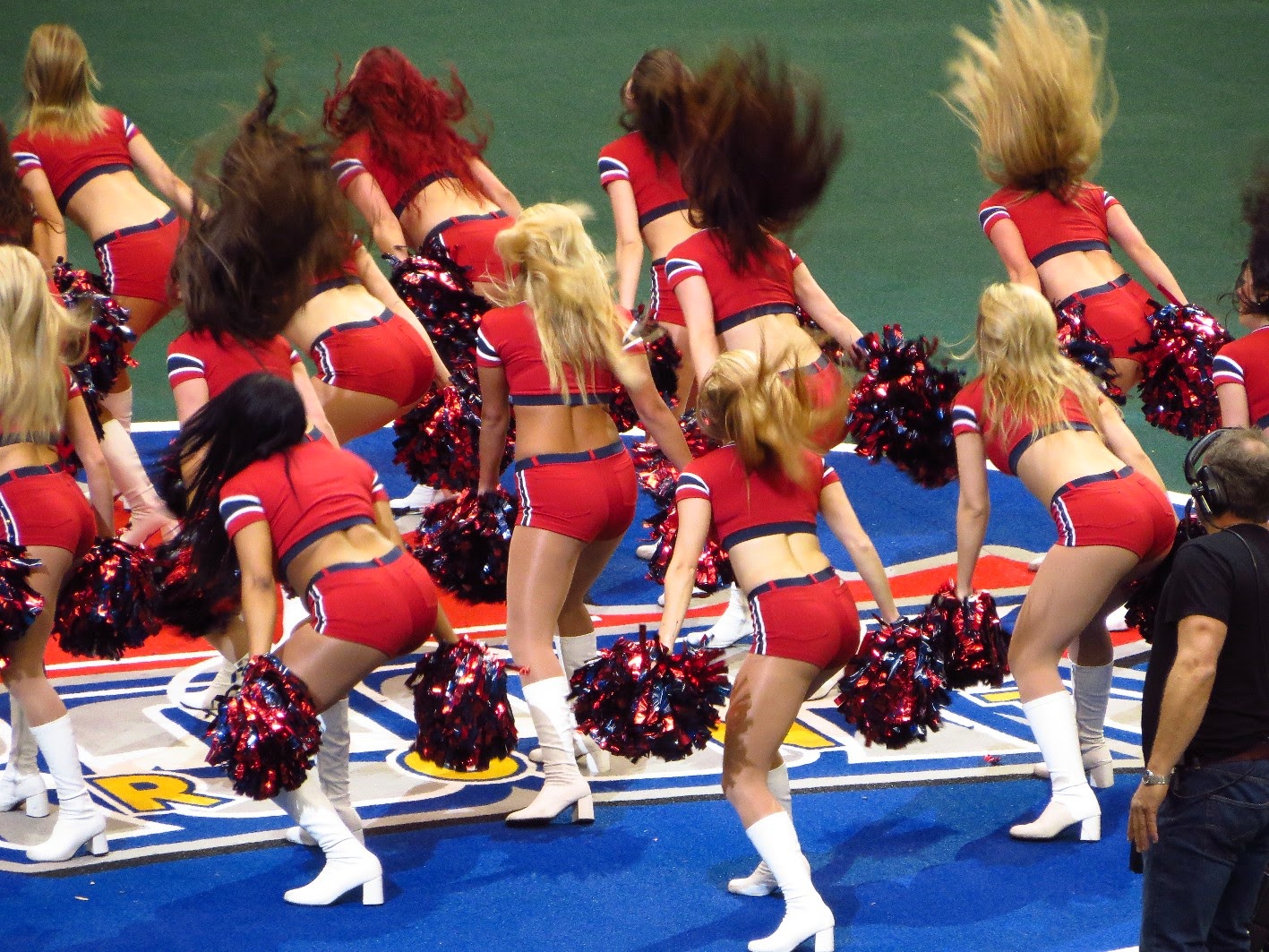 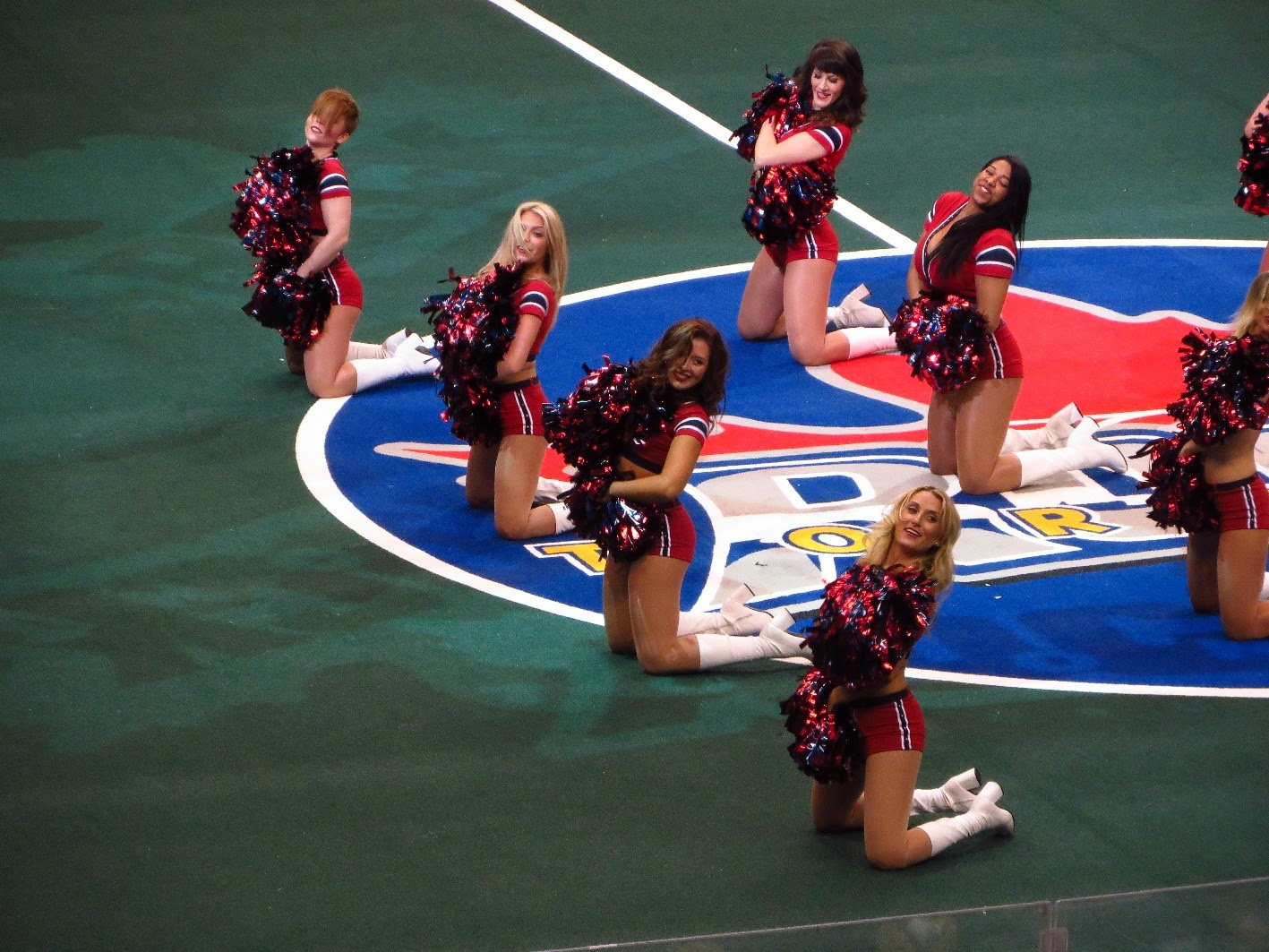 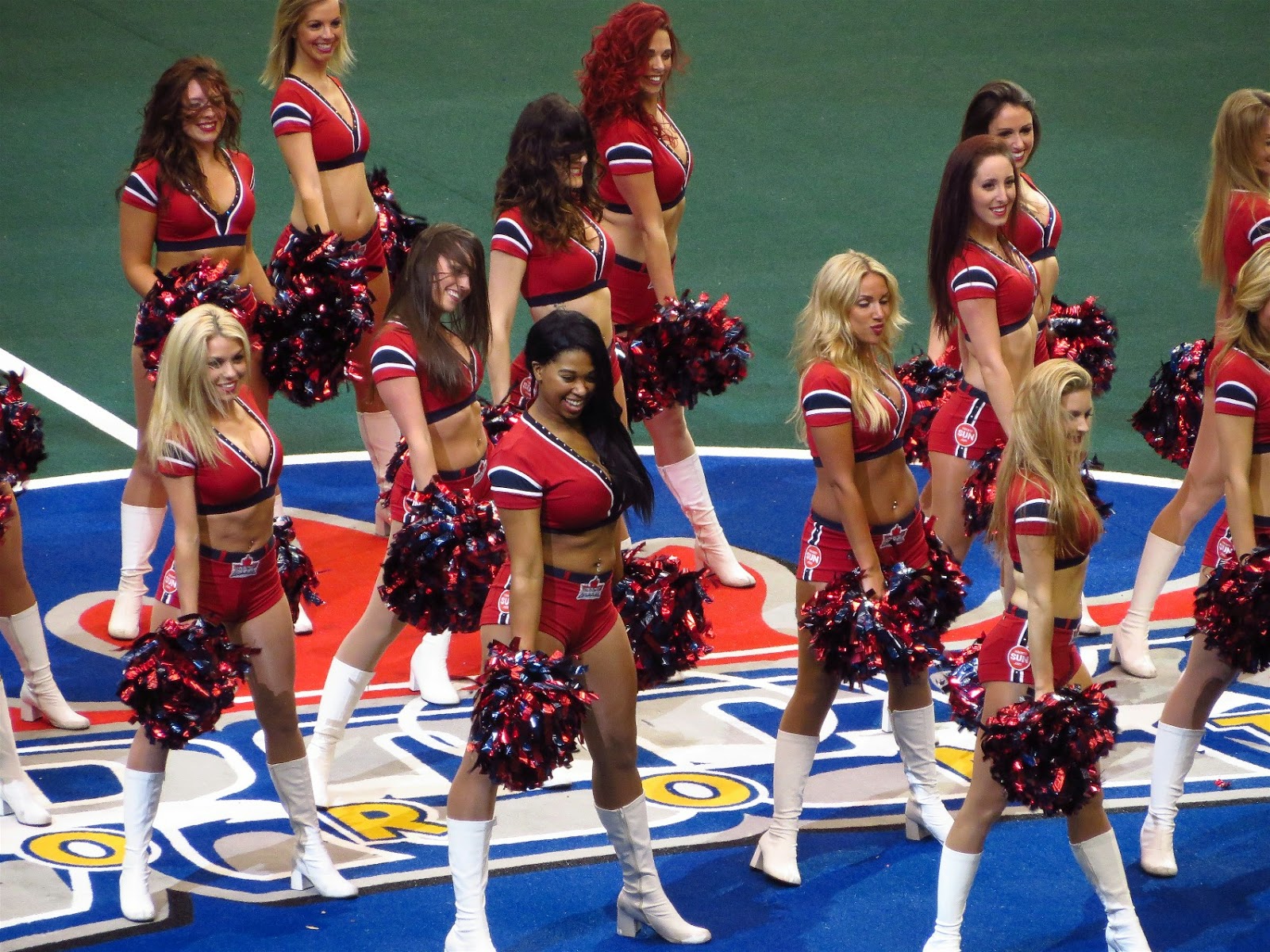 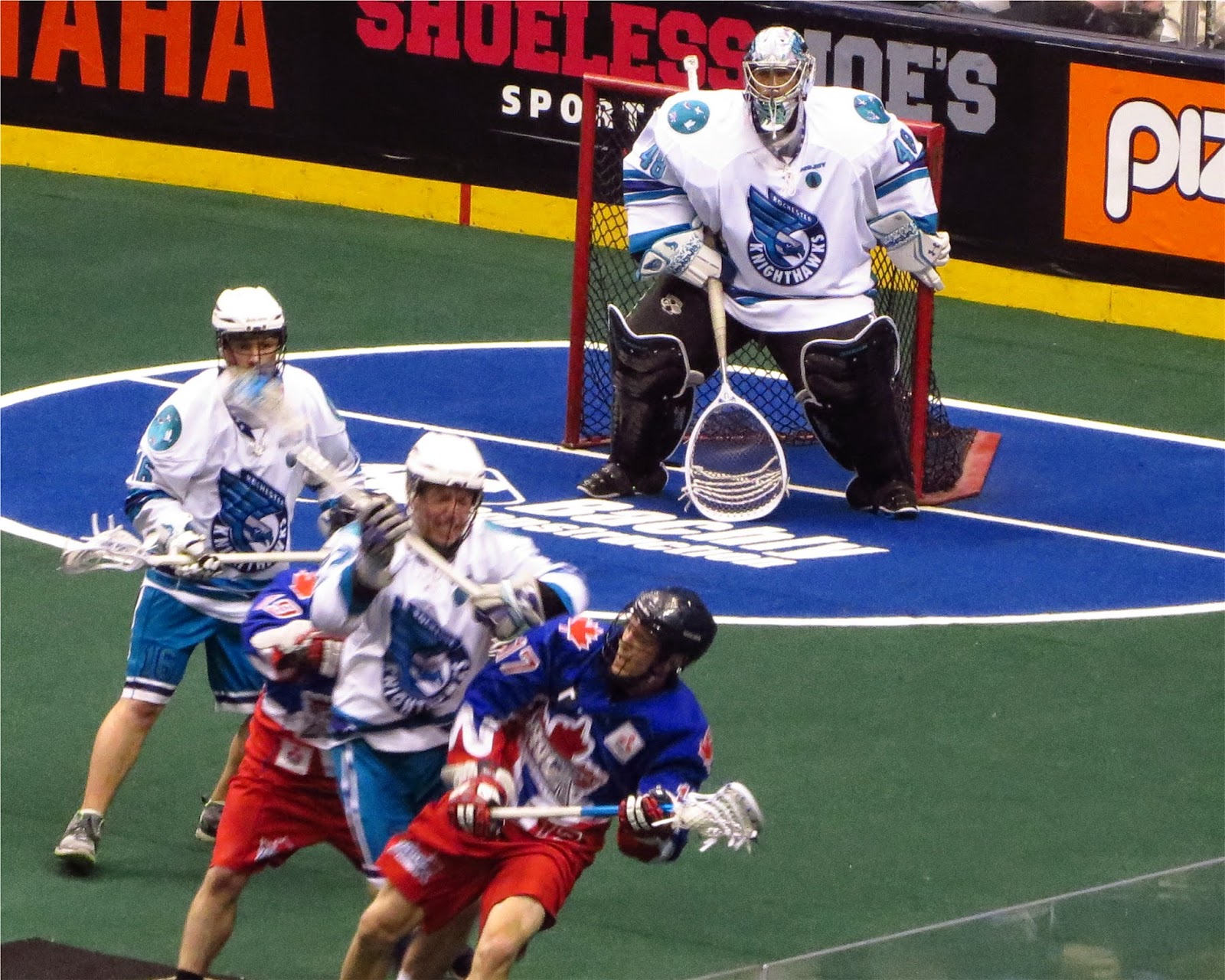 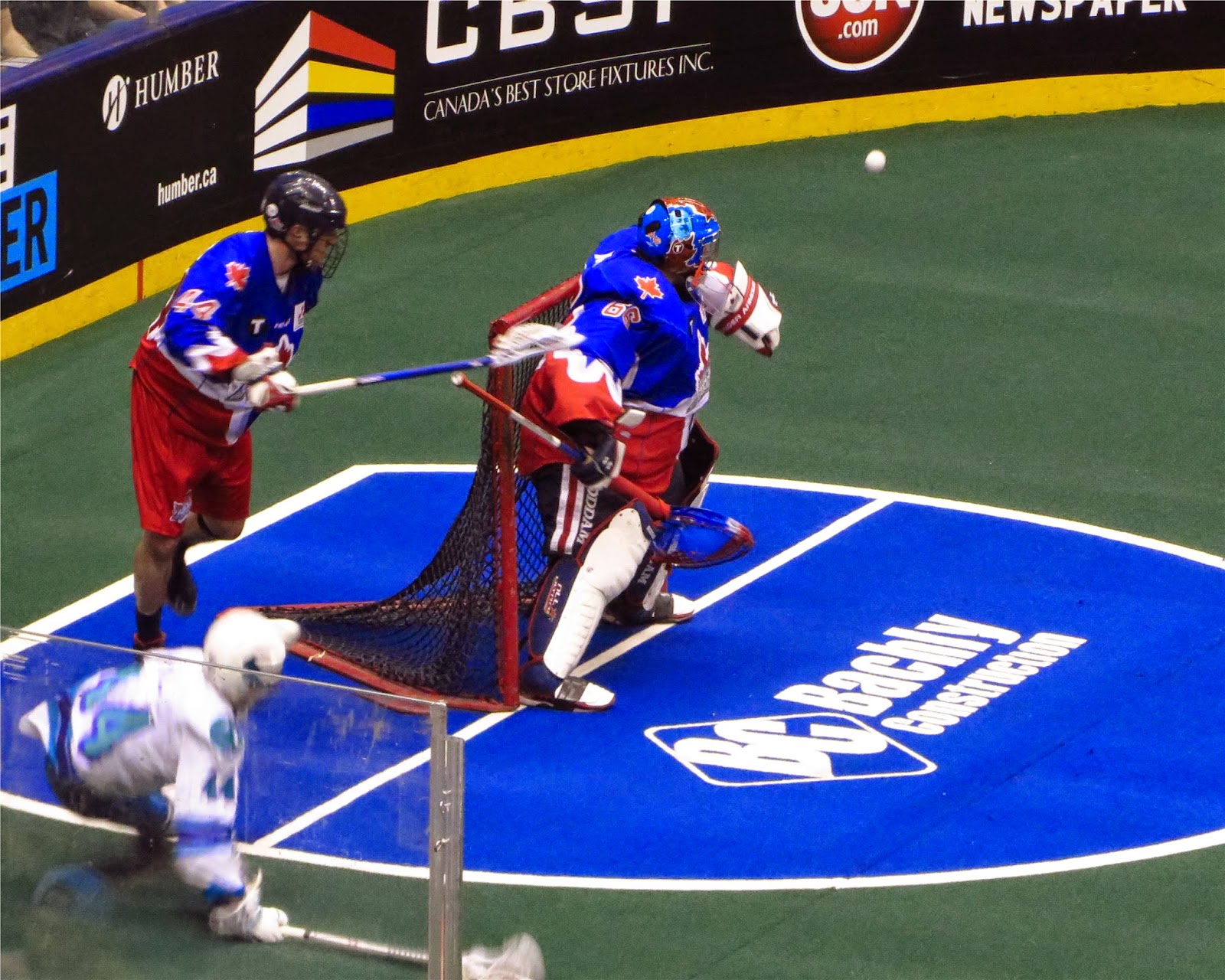 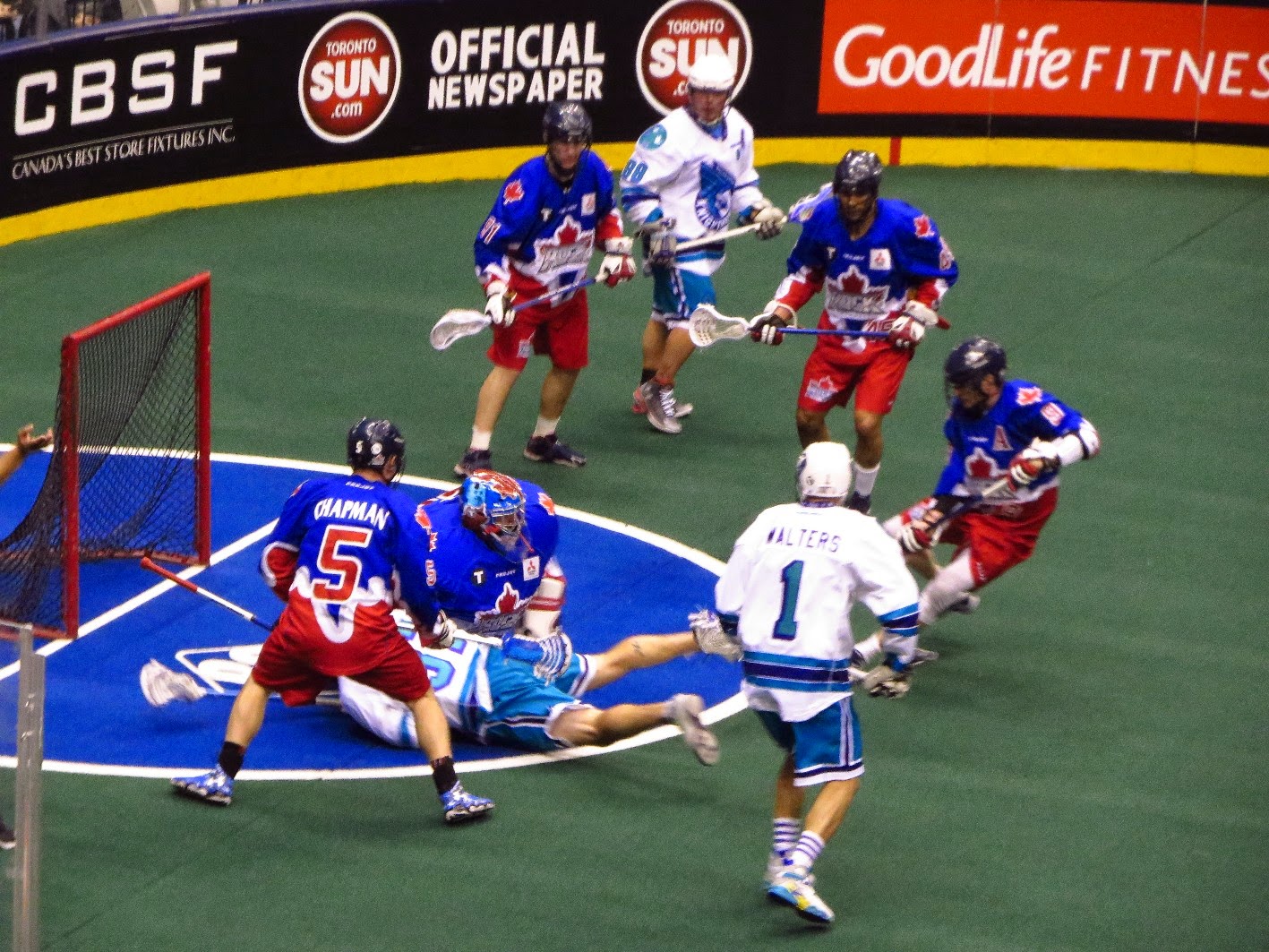 It was a defensive fourth quarter. The Rock scored early and the Knighthawks score with just over two minutes to go to clinch the game 11-7. As usual, the Rock saluted the 10,218 fans that were in attendance at tonight's game. 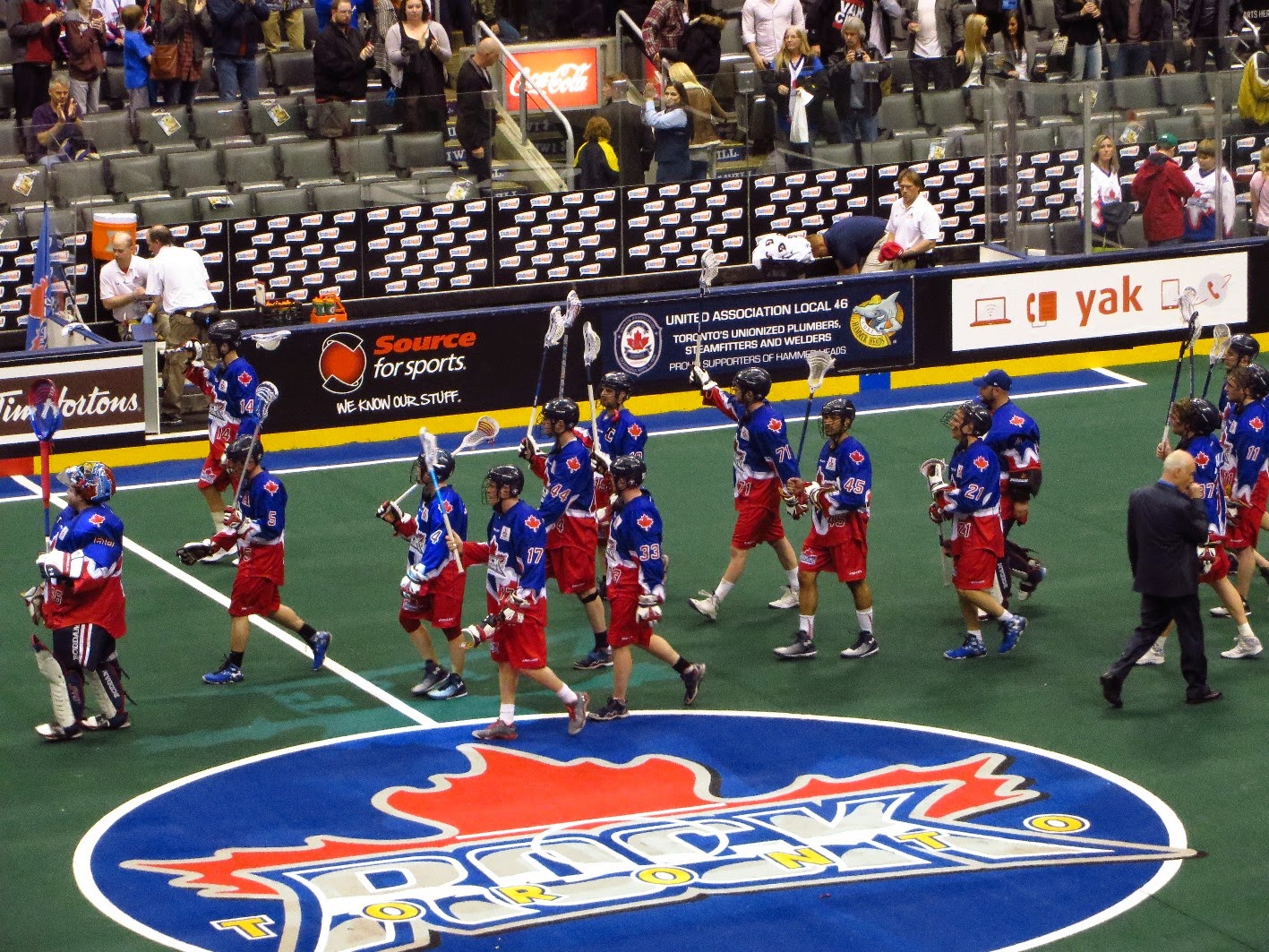 The loss puts the 11-4 Rock just a game and a half up on the second place Knighthawks with just three games left to play. After a great start to the season, the Rock have lost two out of their last three games. They need a few victories to go into the playoffs hot.

Teena and I will be there next Friday night to watch them take on the 4-8 Vancouver Stealth. A win is needed!
Posted by Swordsman at 22:37