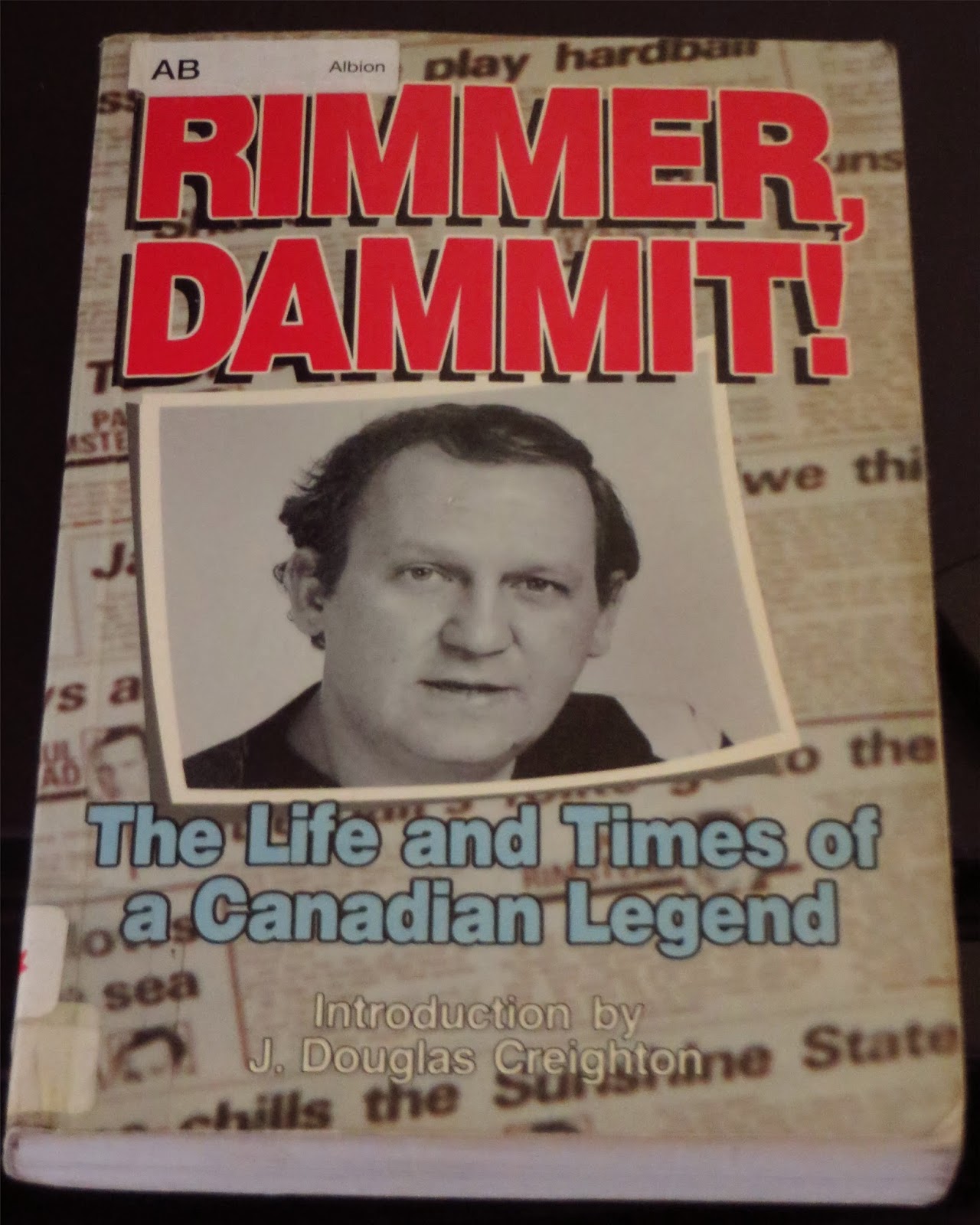 I am a big fan of the cooking contest show, Top Chef, and this year the finale took place in San Miguel de Allende. On the show, the city was described as a community of artists. Although the city is a UNESCO World Heritage Site, and is beautiful to look at, I remembered a story that former Toronto Sun writer Paul Rimstead told in one of his first columns when he stayed there in 1972.

Rimstead enjoyed, what you might call, the less elegant drinking establishments. he walked into one place in San Miguel, went up to the bar and ordered a drink. He noticed a trough that ran along the outside of the bar and wondered what it was for. Turns out it was there so no man needed to walk away from the bar if he needed to relieve himself.

With that thought, I remembered that after he died in 1987, the Toronto Sun put out a book called Rimmer Dammit, which was a collection of 52 of his best columns he did over his years as an original, day one Sun Columnist.

Rimstead was a favorite columnist of mine. He was a hard drinker and basically just wrote about his life. There were days when he had to much and missed a column, but most of his columns were entertaining.

I started this book by reading 15 to 20 pages and found it was too much. The book is hard to buy, so get it from a library and do what I did after that initial reading, sit down and just read a column or two a day. That's how he originally wrote, so it's best to read it that way.

It was enjoyable reading his old columns and his descriptions of Toronto way back in the seventies and eighties. The last column in the book, and I'm unsure if if it his last column ever, was called Magic Moments and published on April 12, 1987. It was mostly about magician Doug Henning, but in the last part of the article, he mentioned it was his six month wedding anniversary, to his wife, to whom he called Miss C Hinky, when he wrote about her. On the next page is the message, Six weeks later, on May 26, Rimmer died of hard living. He was 52.

The last part of the book is stories from people he knew and wrote about, even Myrna Rimstead, AKA Miss C Hinky. I quite enjoyed that section.

If you were a fan, this books worth checking out, but if you hadn't heard of him, you might not get it. I'm glad to go back to this journey through the past.
Posted by Swordsman at 16:46