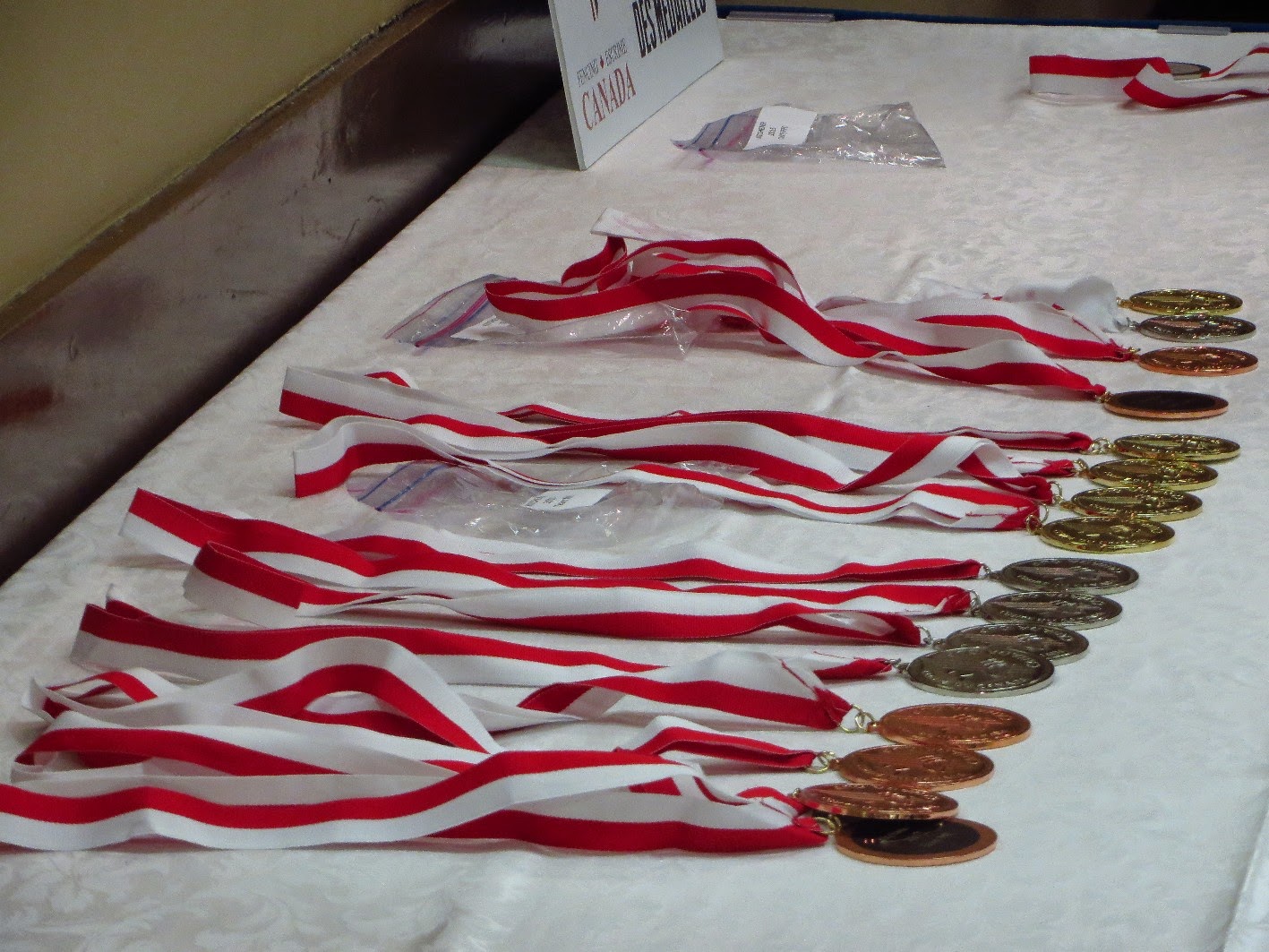 Today I fenced in Kitchener in the Men's Veteran Sabre event which was part of the Canada Cup Central tournament. 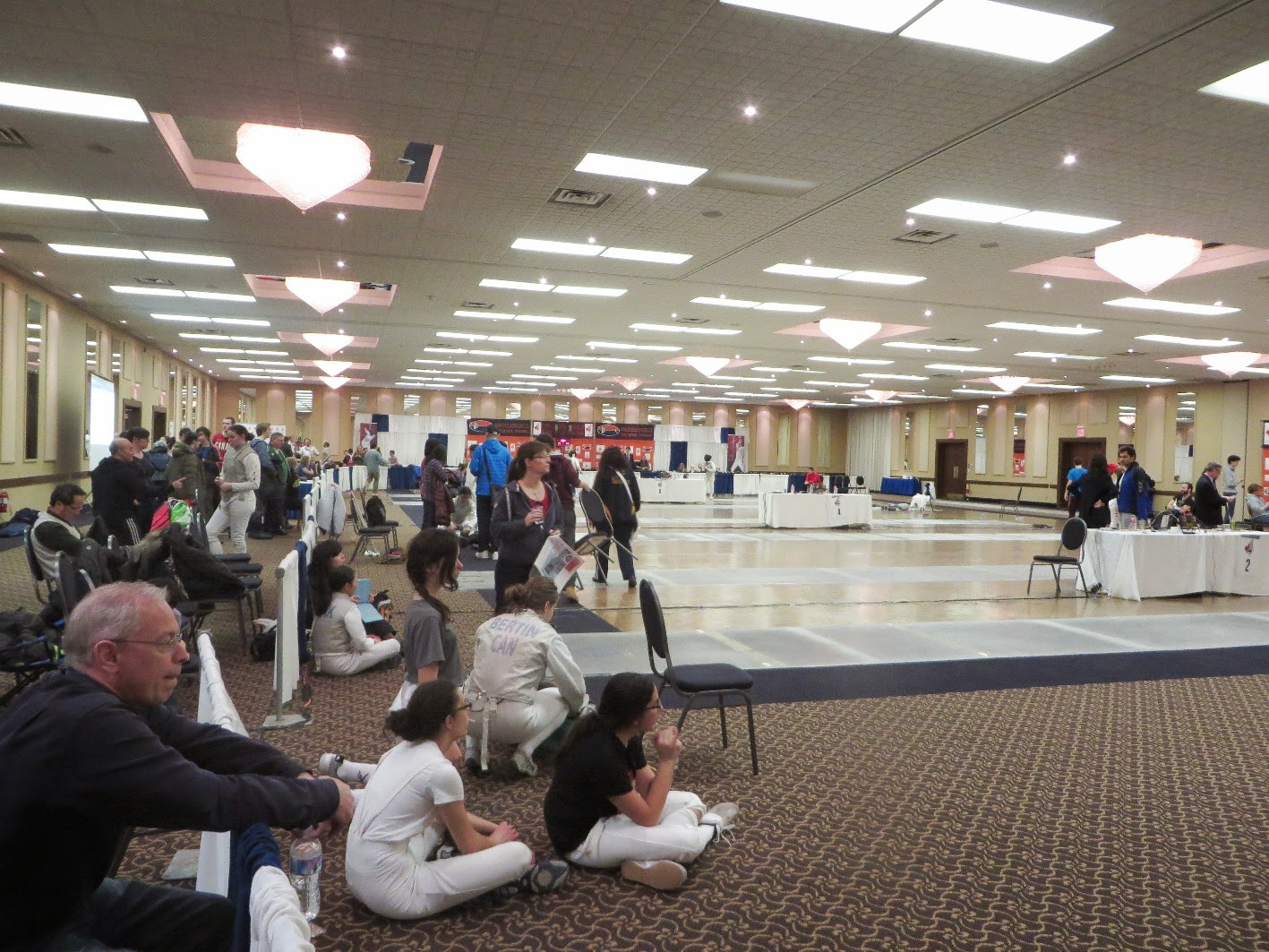 First aid staff were available, although they usually only need to attend to cuts, muscle pulls and sprains. 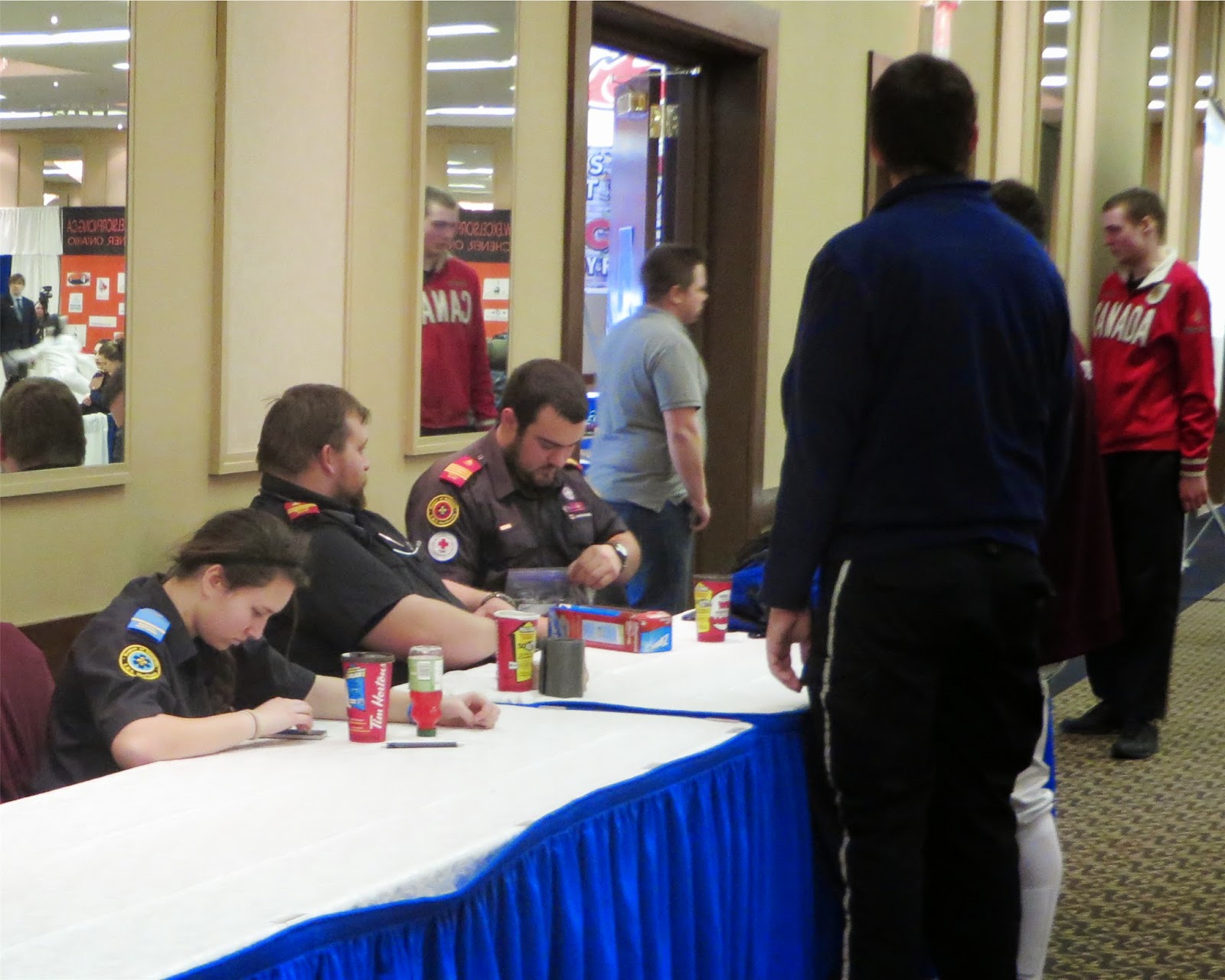 My gear at the ready. 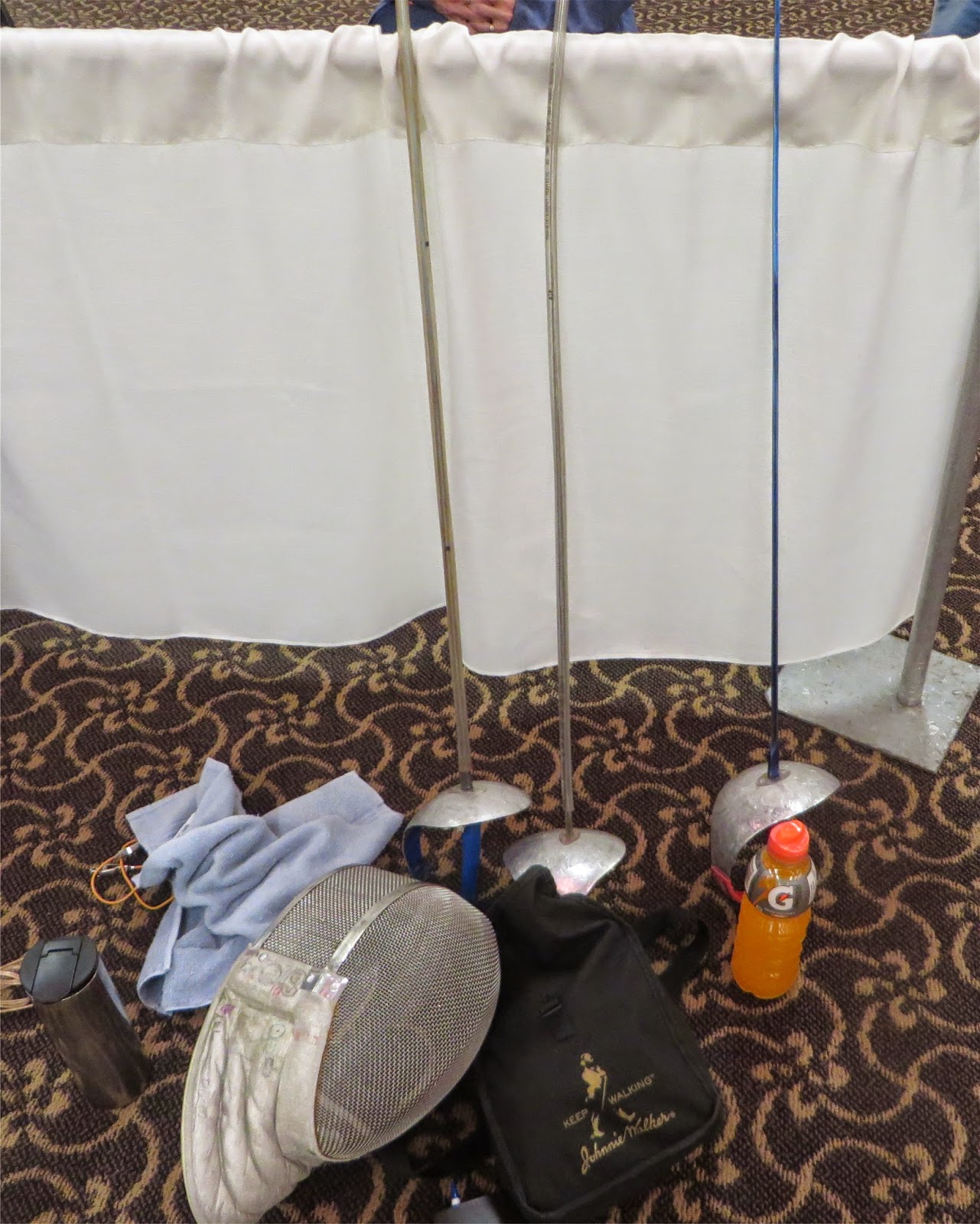 My day did not go as well as planned. I have fenced most of the guys in this tournament before and know I could have finished much better than I did. There are good days and bad days. This was mostly not a good day. After two years off and only being back for six weeks, my lack of training showed. I was either very good or very bad, mostly very bad. 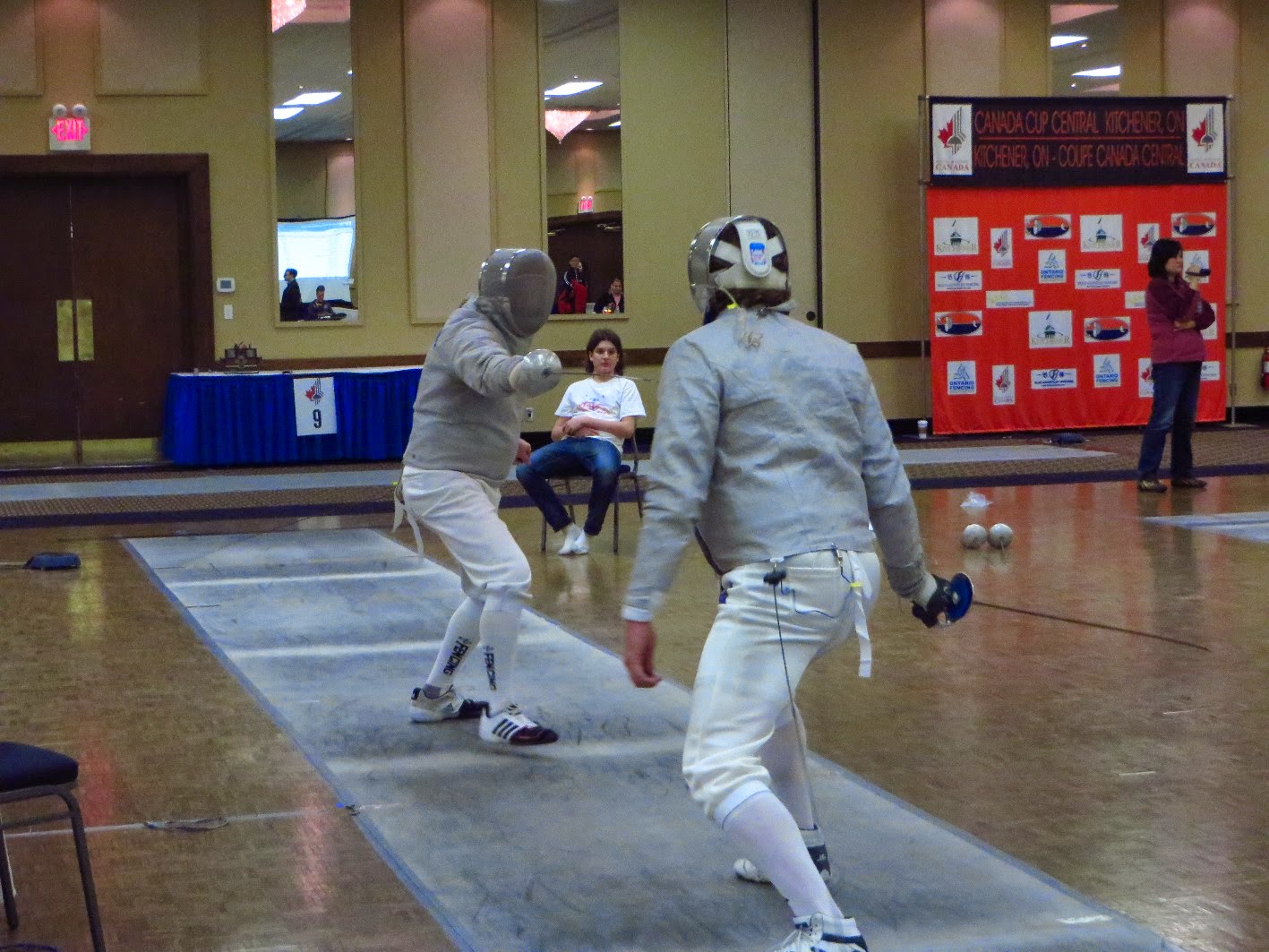 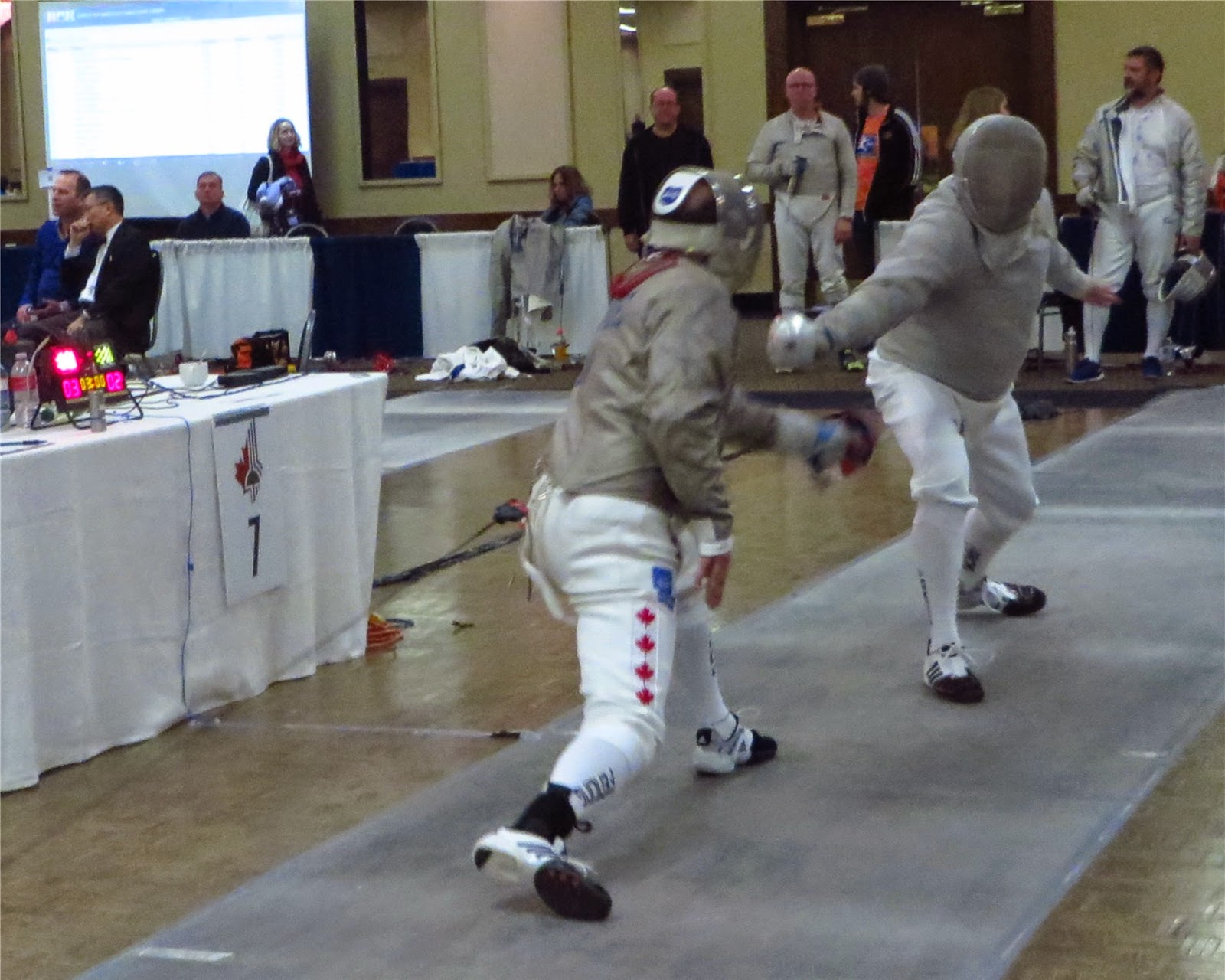 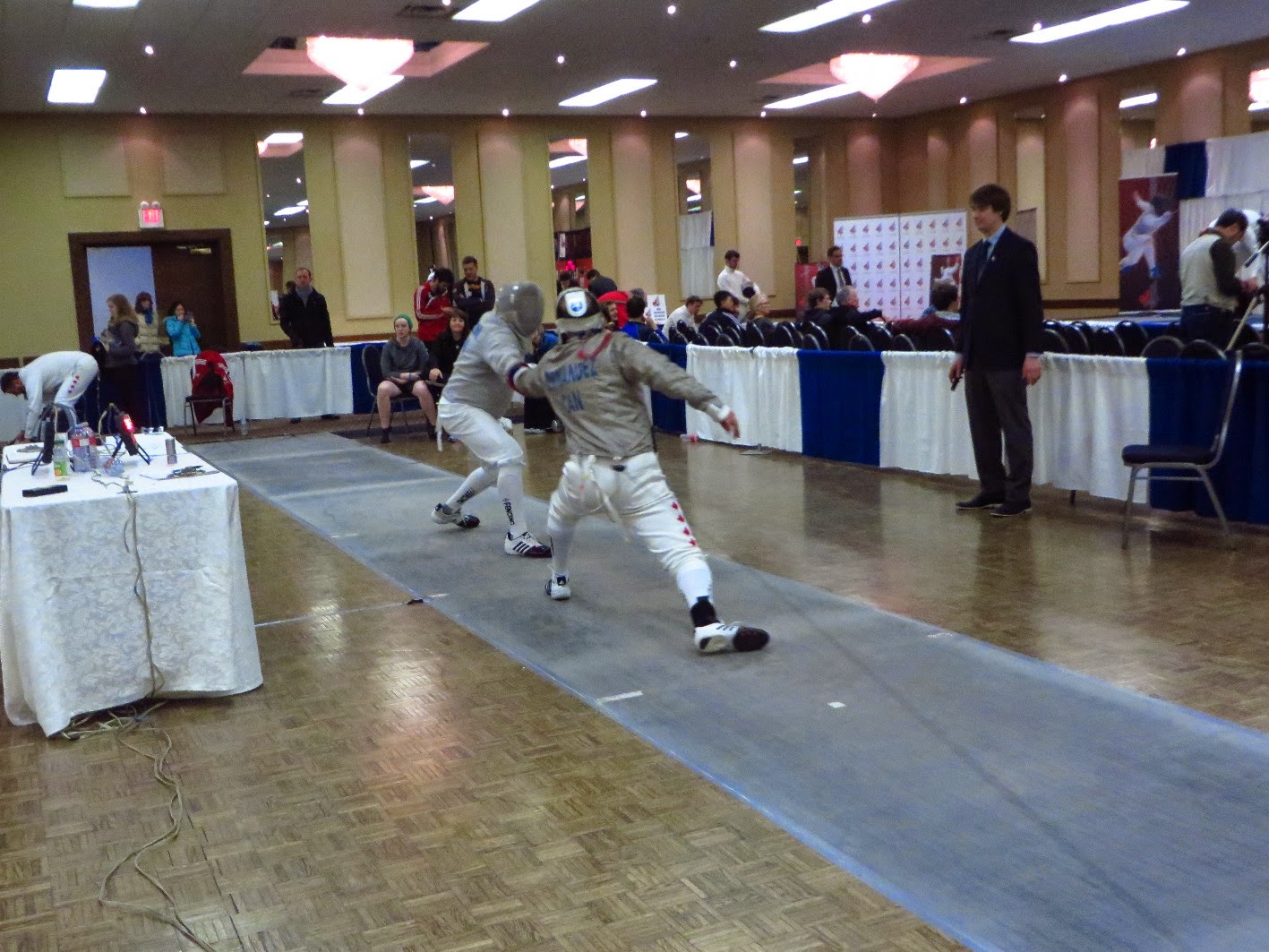 I won my first match, lost the next two, then won two. It was looking to be a decent day but then the sky fell and I lost the next three by 5-1 scores. That landed me in eighth spot out nine fencers.

In the eliminations, I was up against Bill, who knocked me out of the K-Town tournament 10-7. After building up a good lead against him, he came back brilliantly to down me 10-9. That knocked me to the last spot. 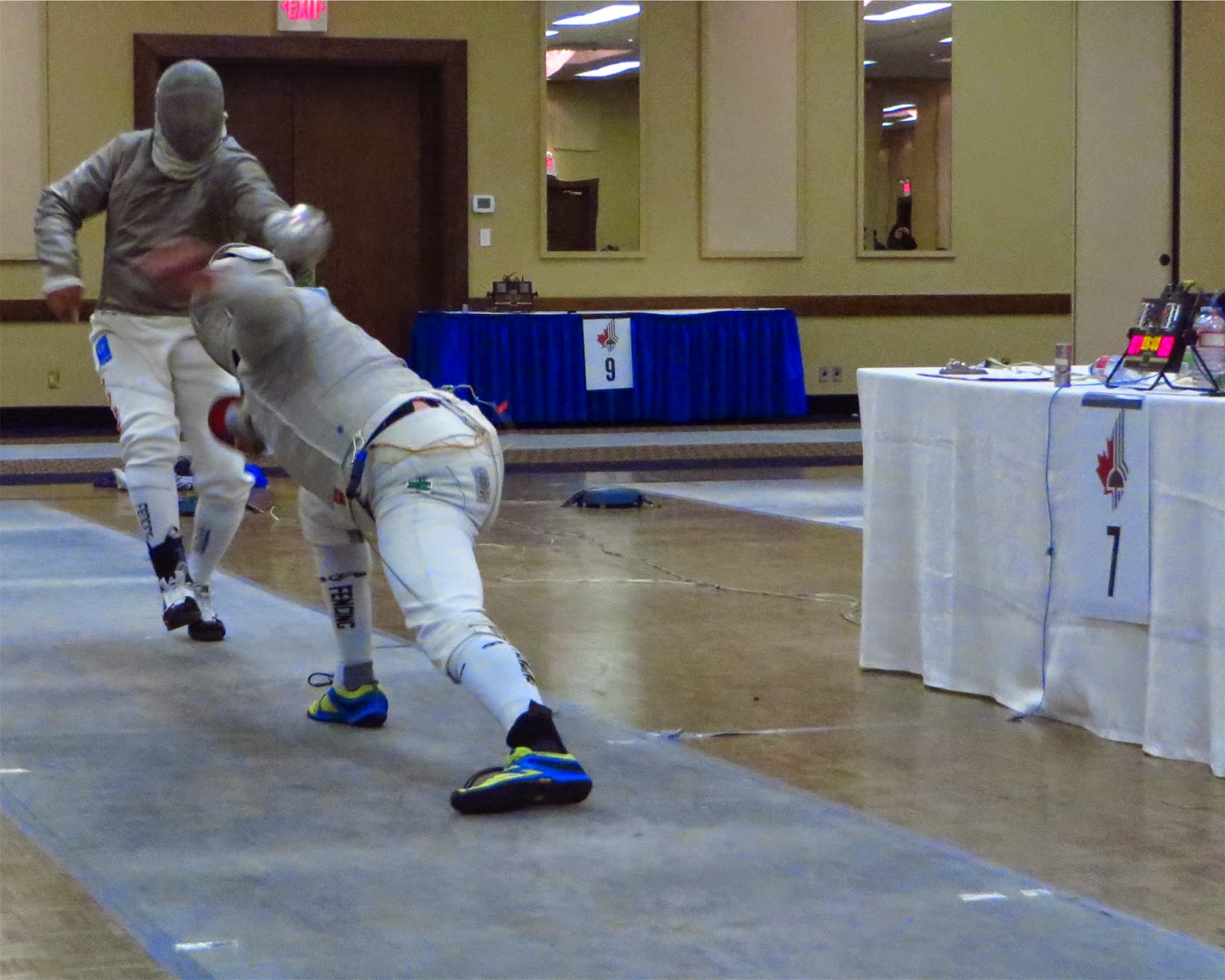 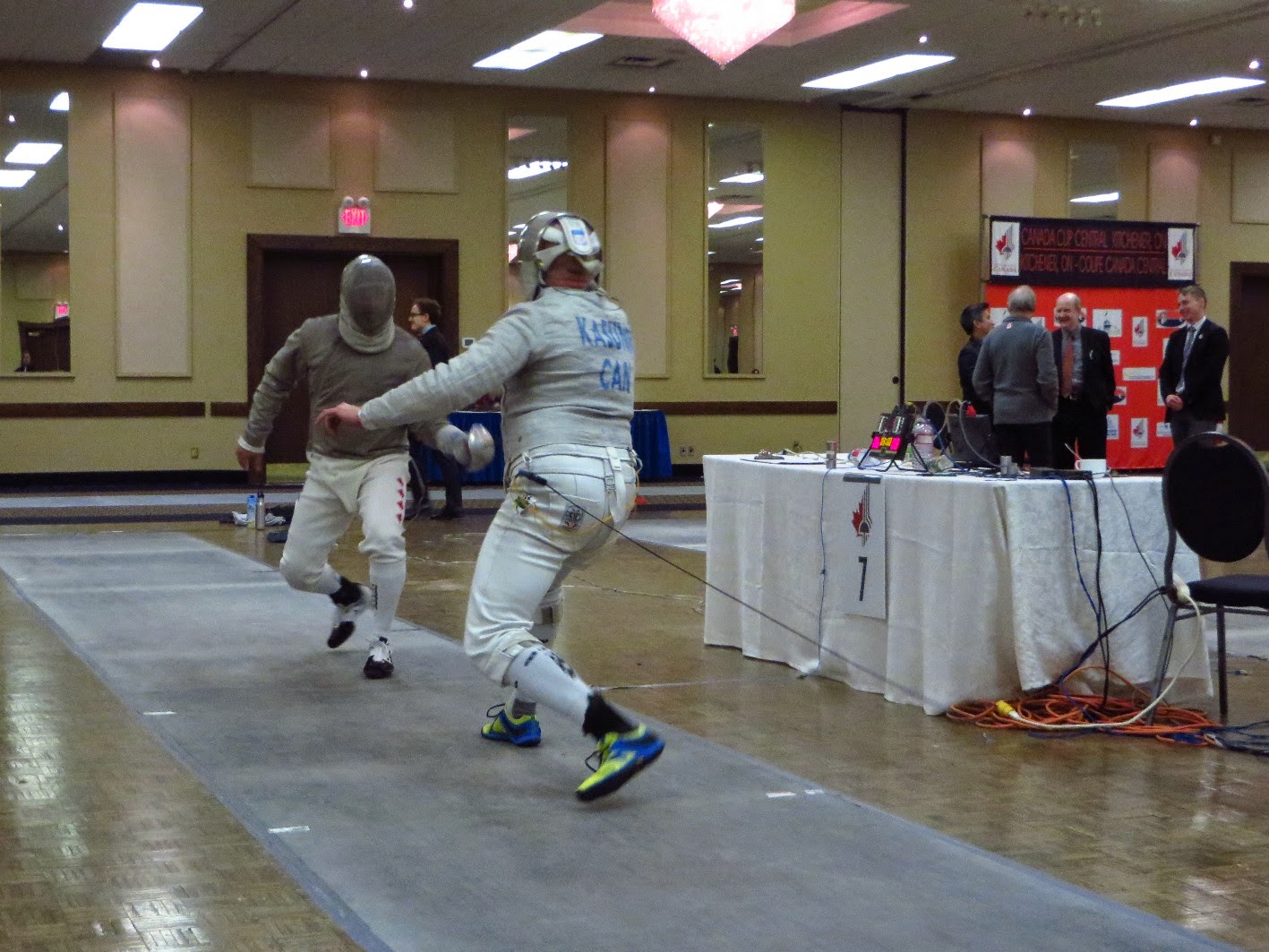 All I can do is get up, brush myself off and practice hard, for in two weeks is the Provincial Championships and I plan to do much better. 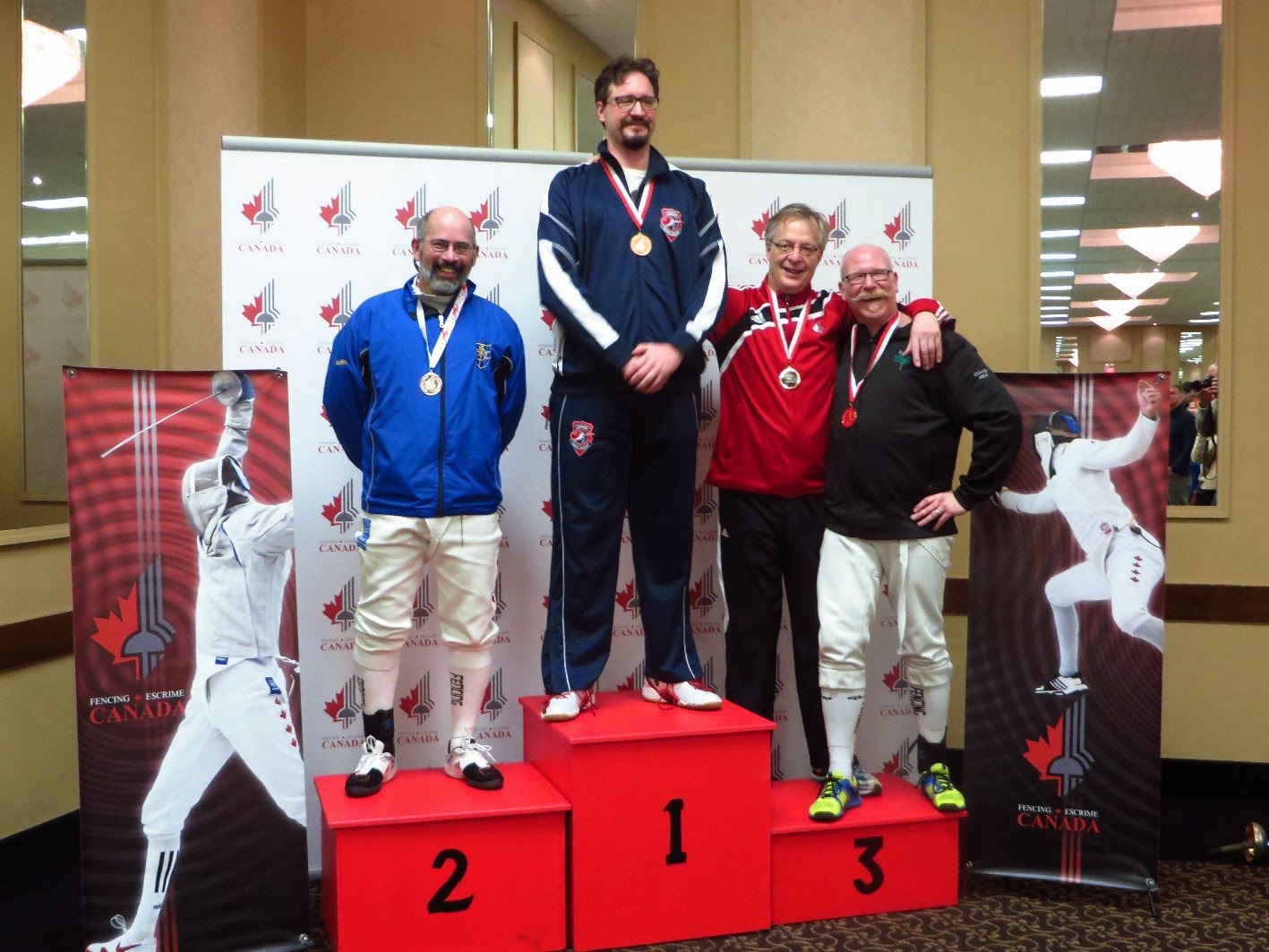