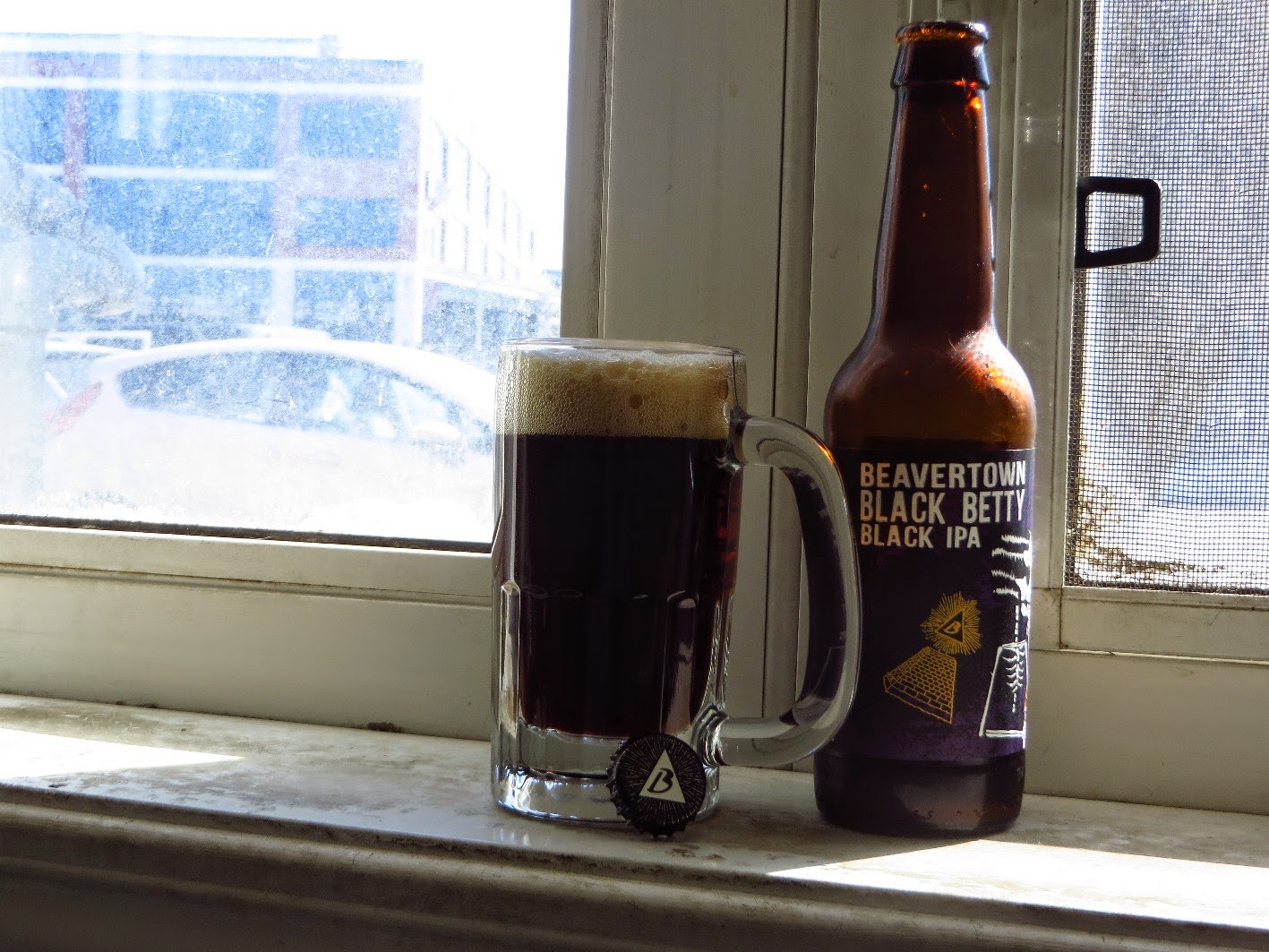 At one time, the only black beers available were porters and stouts, which use roasted malts. Now breweries are experimenting and using roasted malt in lagers and ales. I have enjoyed many that I have tried and when I found an England-brewed black IPA by Beavertown Brewery, I just had to give it a try.

Beavertown Brewery originated in the kitchen of Duke's Brew and Que in De Beauvoir area of Hackney, London, and could put out 1,150 pints per batch. In March 2103, they outgrew the kitchen and moved to a larger spot on Fish Island (for some reason I love that name).  In May 2014, they moved again to their present location in Tottenham Hale.

So where did the name for the brewery come from? Beavertown was an old Cockney name given to the historic De Beauvoir area, famed across Victorian London for it's rich characters and infinite revelry.

Three kinds of hops are used in this, Columbus, Chinook and Citra, along with five malts which combine to make a 7.4% high octane IPA. 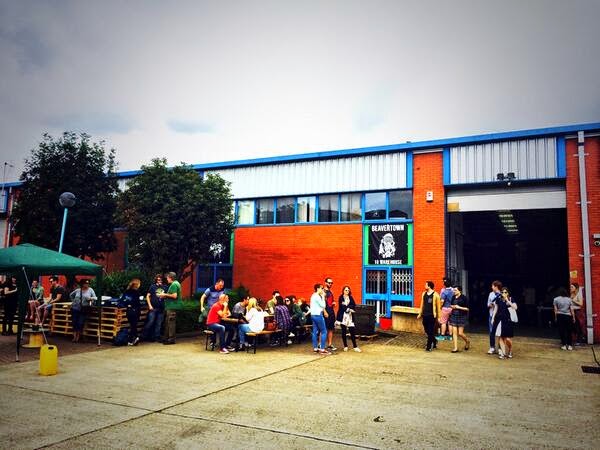 The beer pours almost pure black with a good brownish head. Lots of lacings are left behind as I sip.

A coffee, dark chocolate bitterness is my first sensation when I take that first sip. There is almost a rest in the middle, before the bitterness returns in a combination of chocolate and hops. There is a slight bit of citrus in the finish.

Black Betty IPA is a delicious beer that I look forward to having again.

(Thanks to our cat, Crumpet, for giving up her spot in the back window for the photo.)