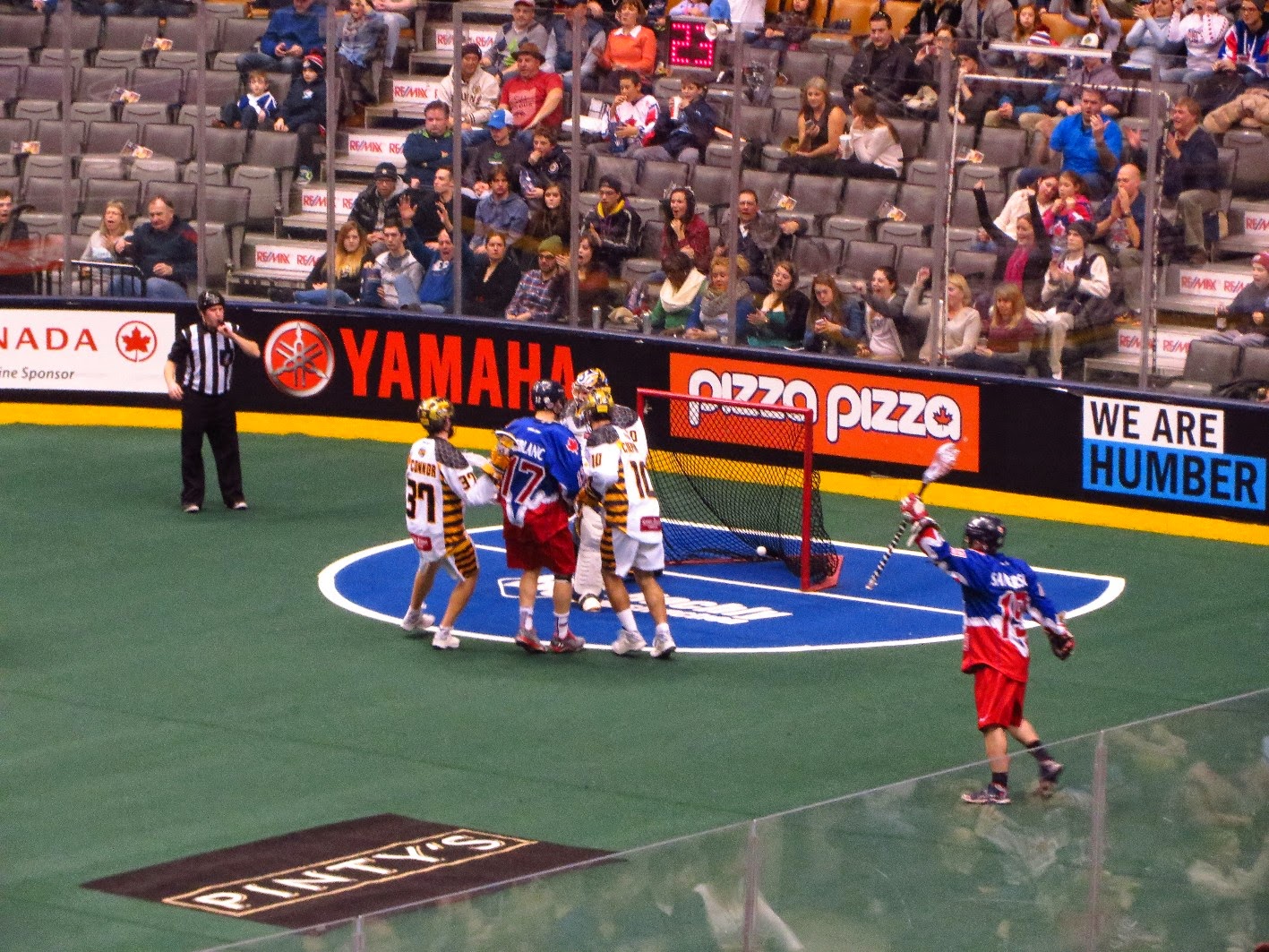 Last night the Toronto Rock dumped the Minnesota Swarm 16-4 to keep their first place lead over Buffalo. That game was in Minnesota. The rematch was tonight at home and promised to be a chippy game and it was.

Iggy Rock, welcomed out the team, Scotty Newlands sang the National anthems and then it was time for the opening face-off. 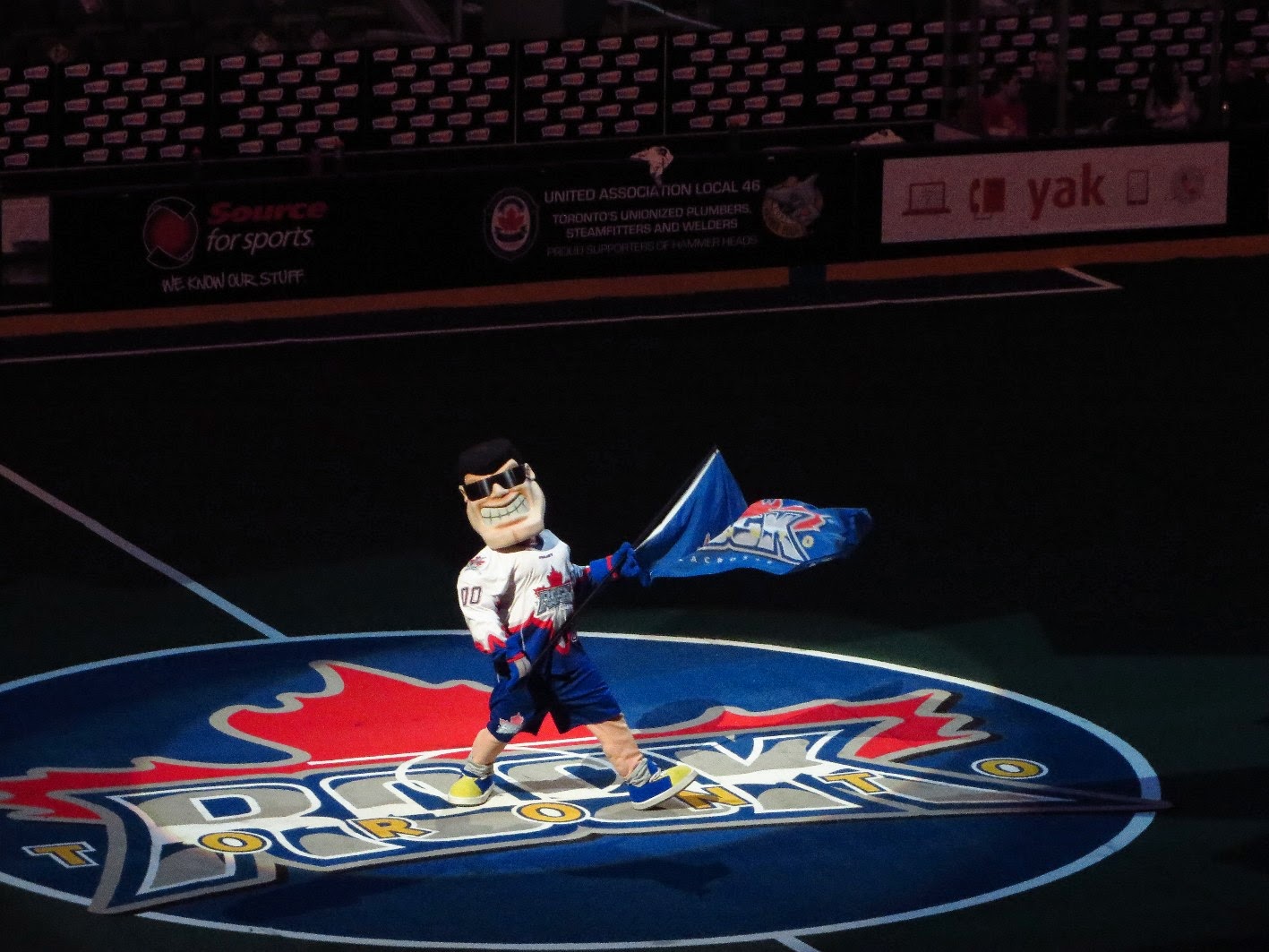 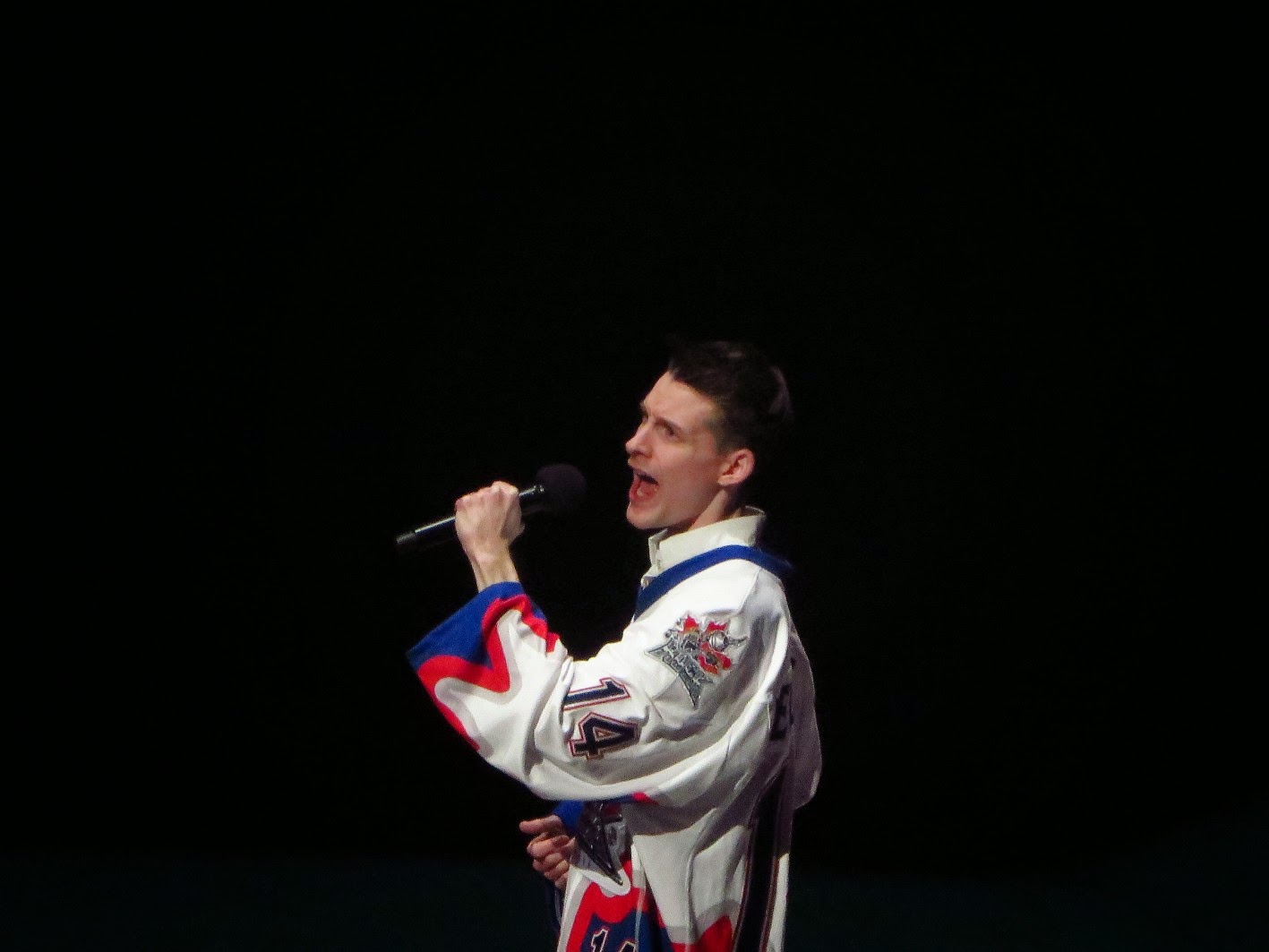 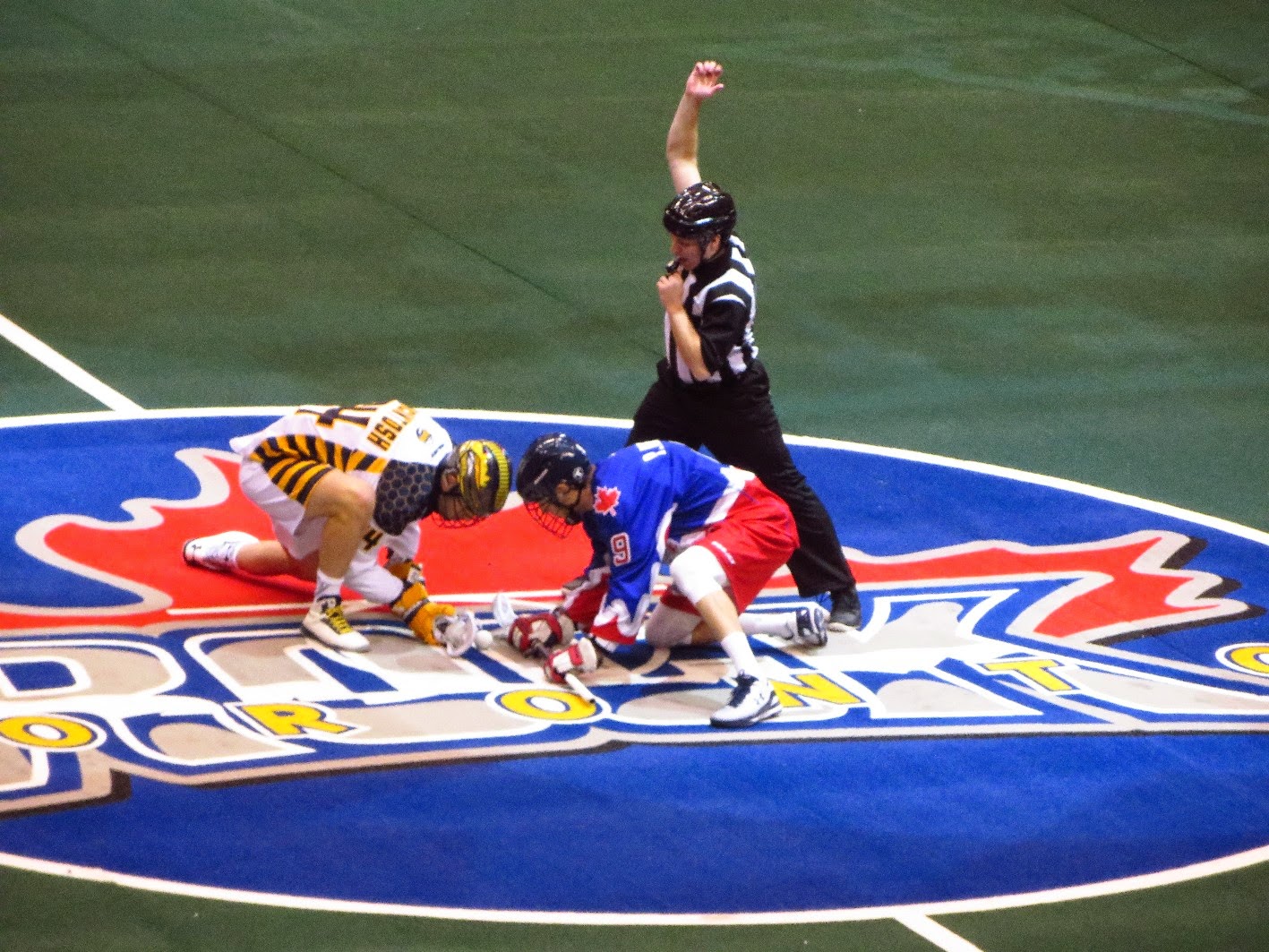 Damn! Minnesota scored the first goal. It was the only time in the game that Minnesota had the lead. 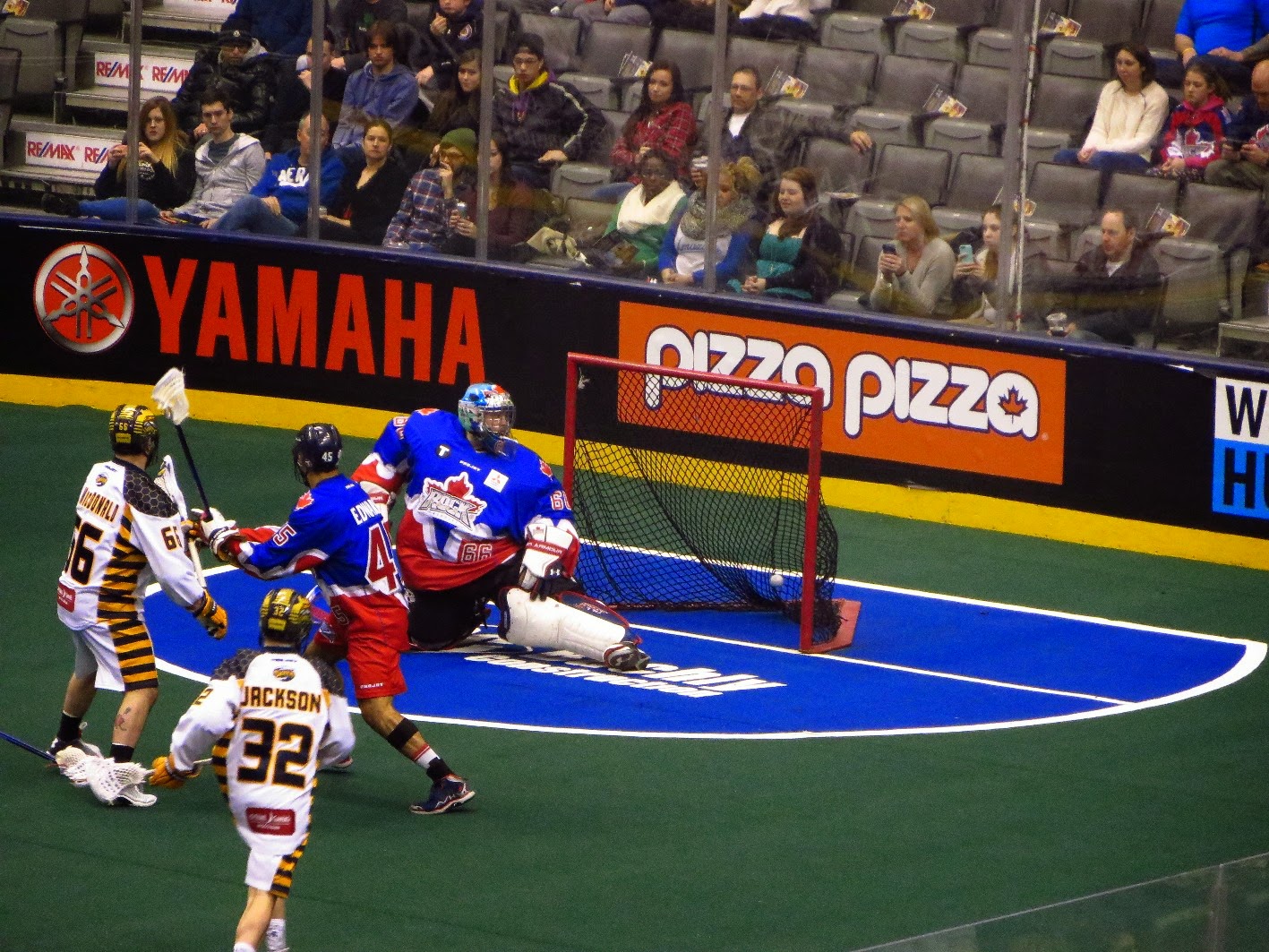 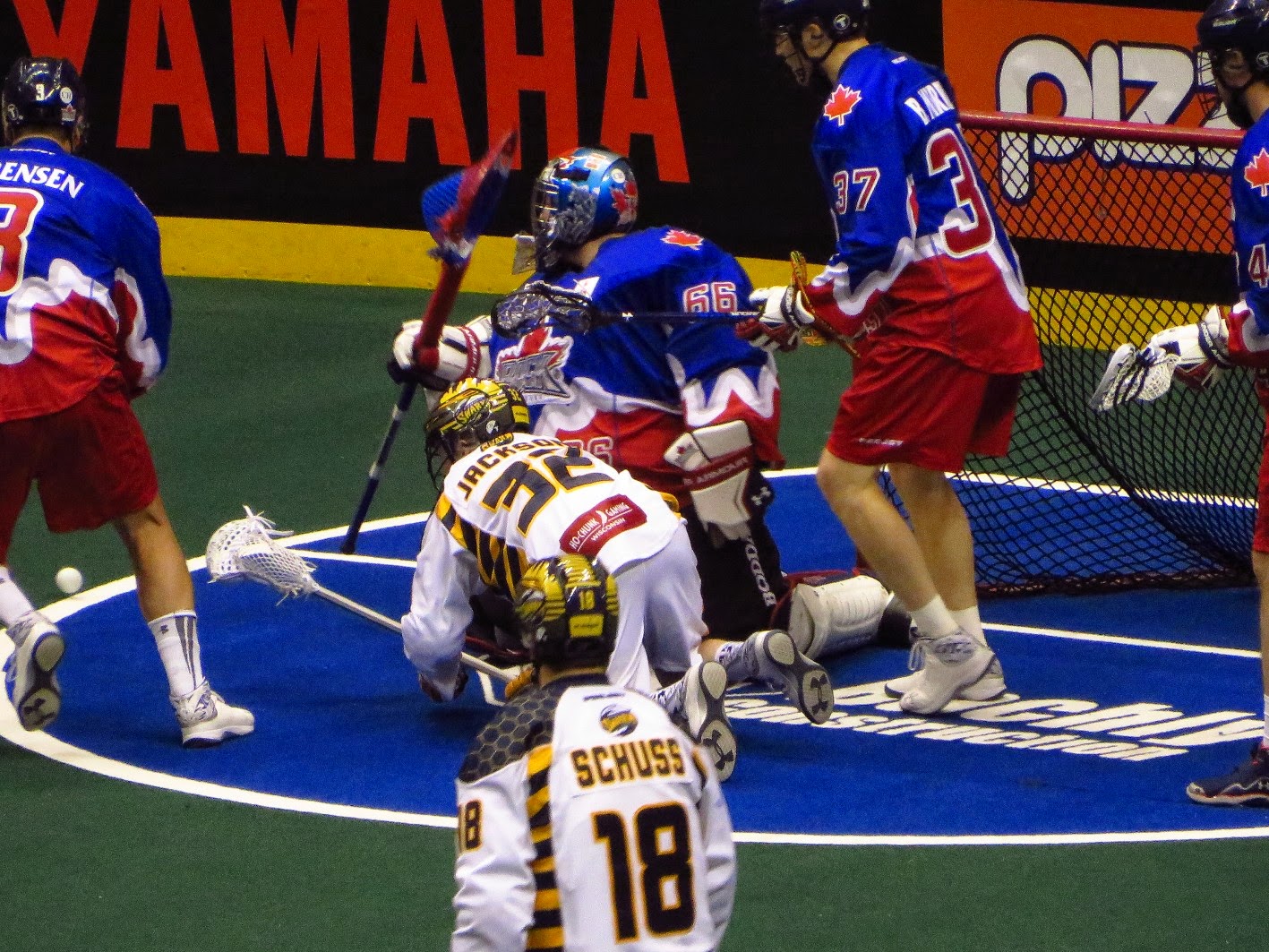 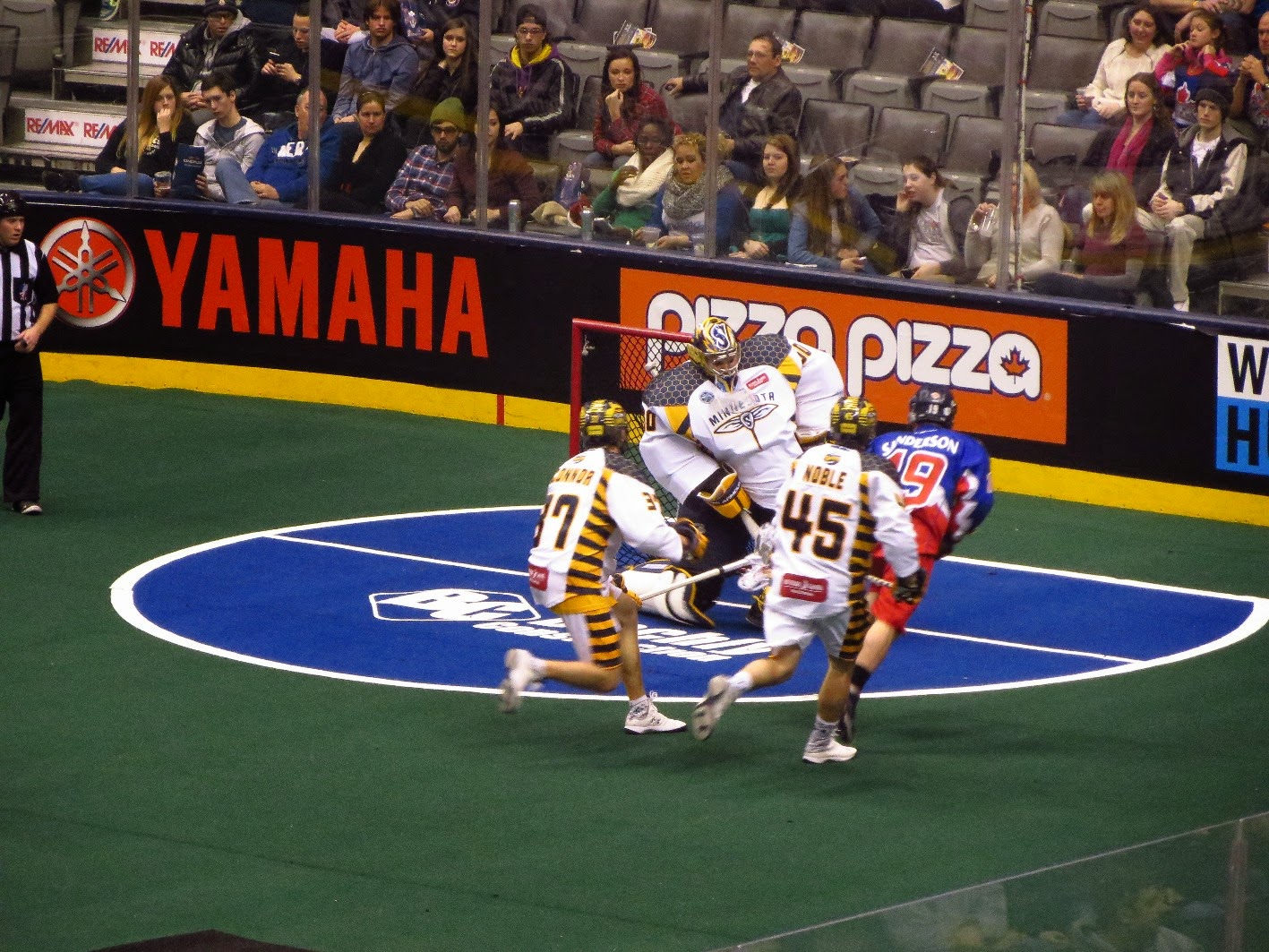 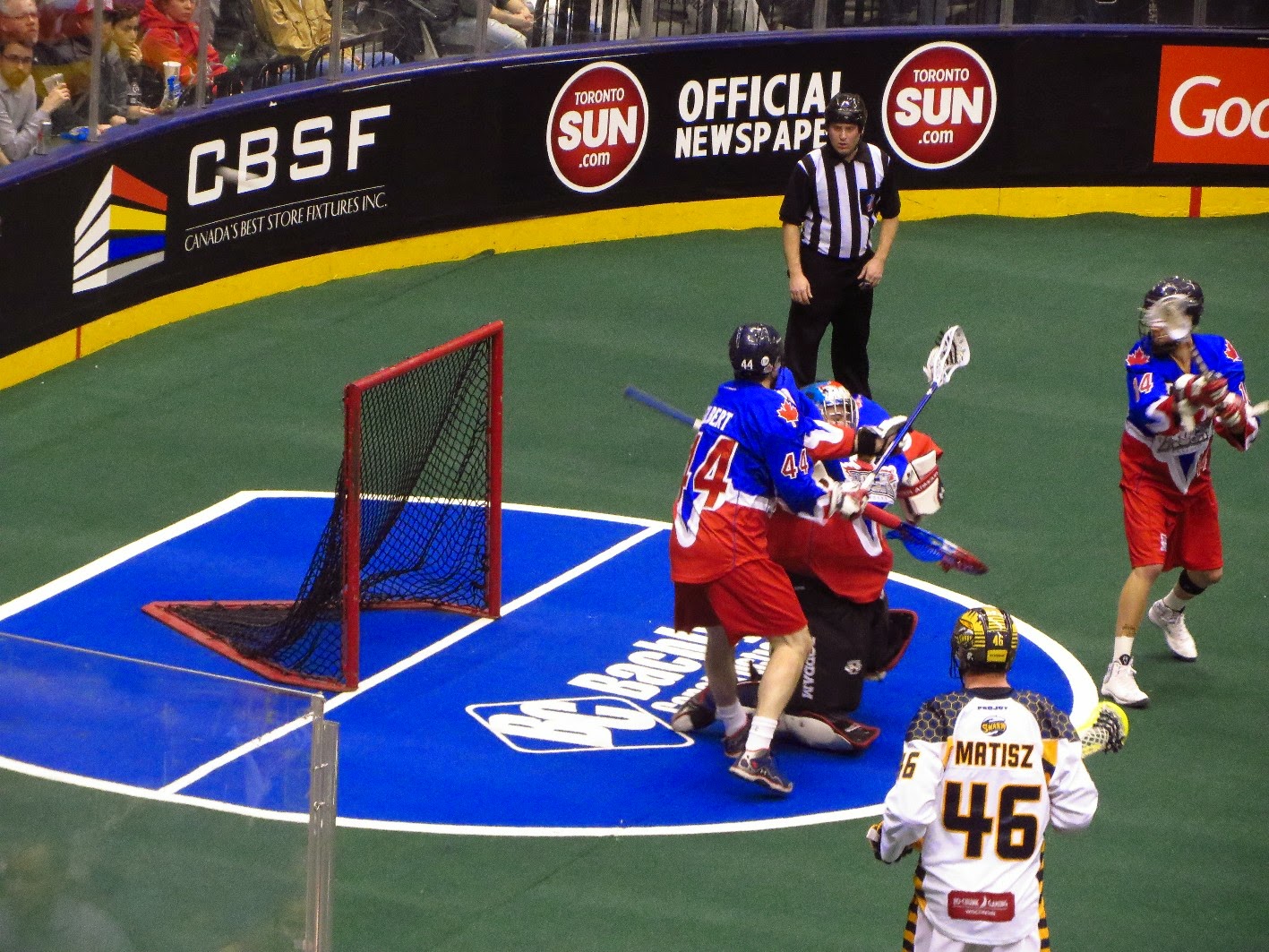 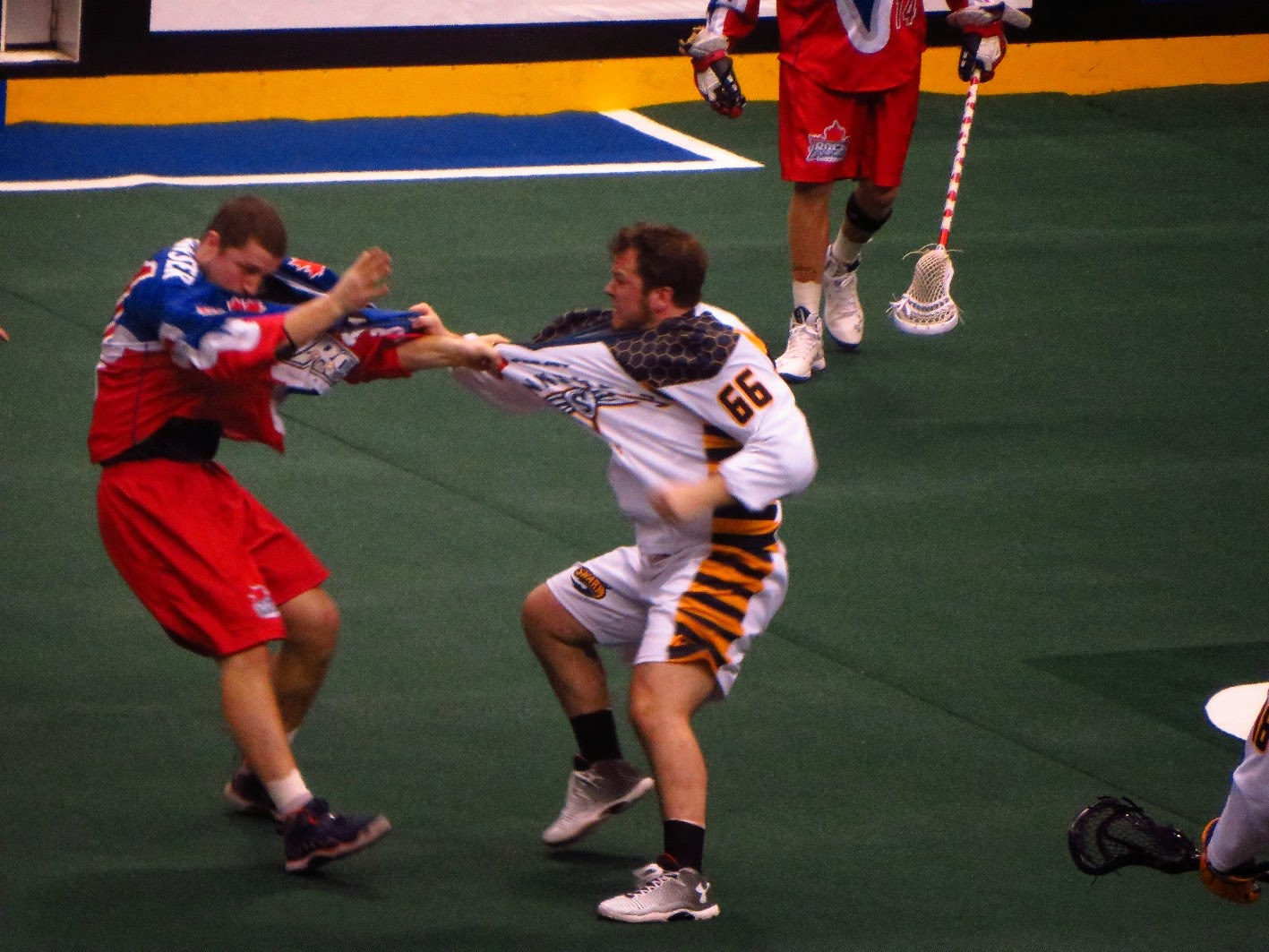 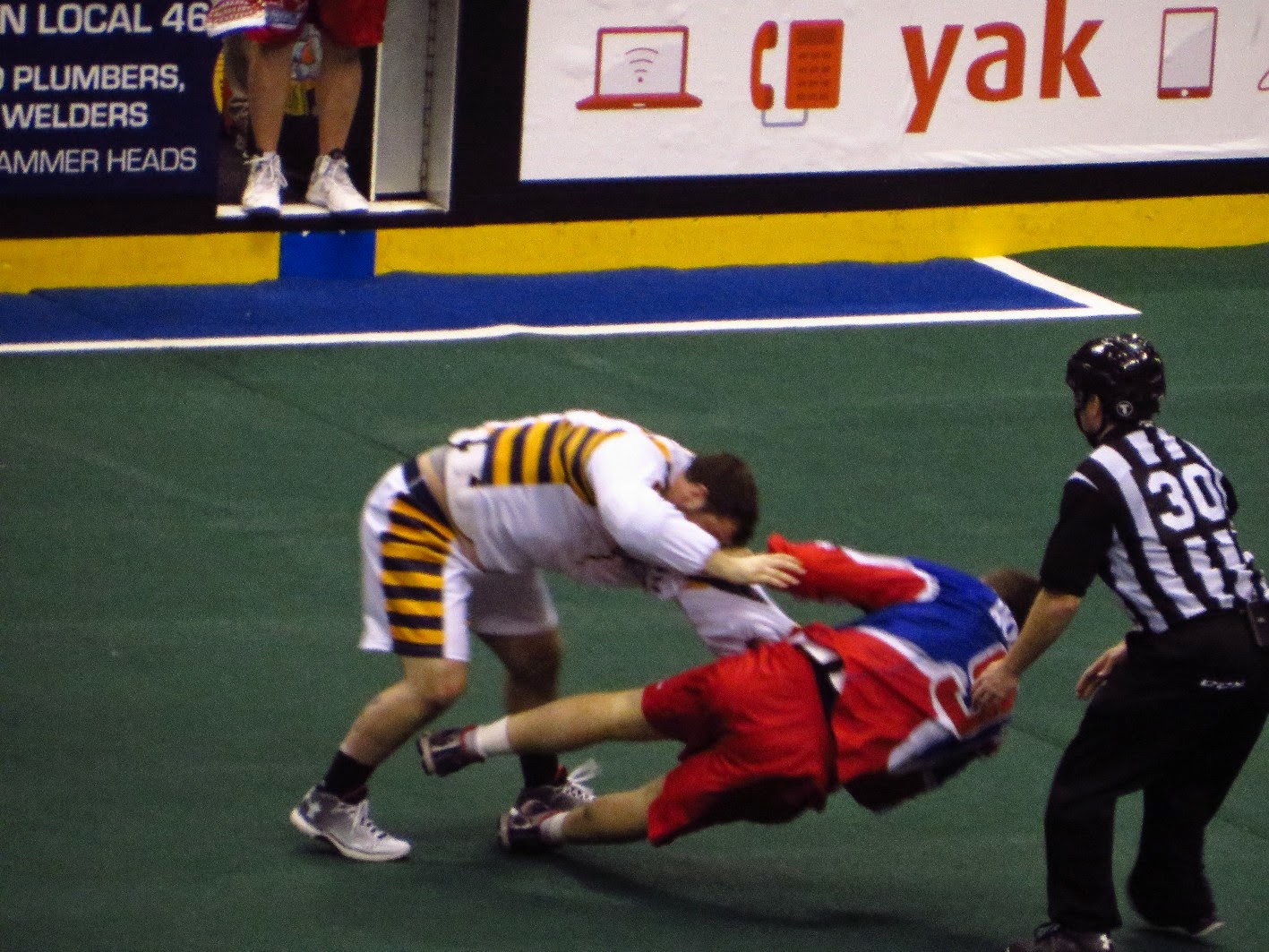 The Toronto Rock Cheerleaders put on a show at the break. 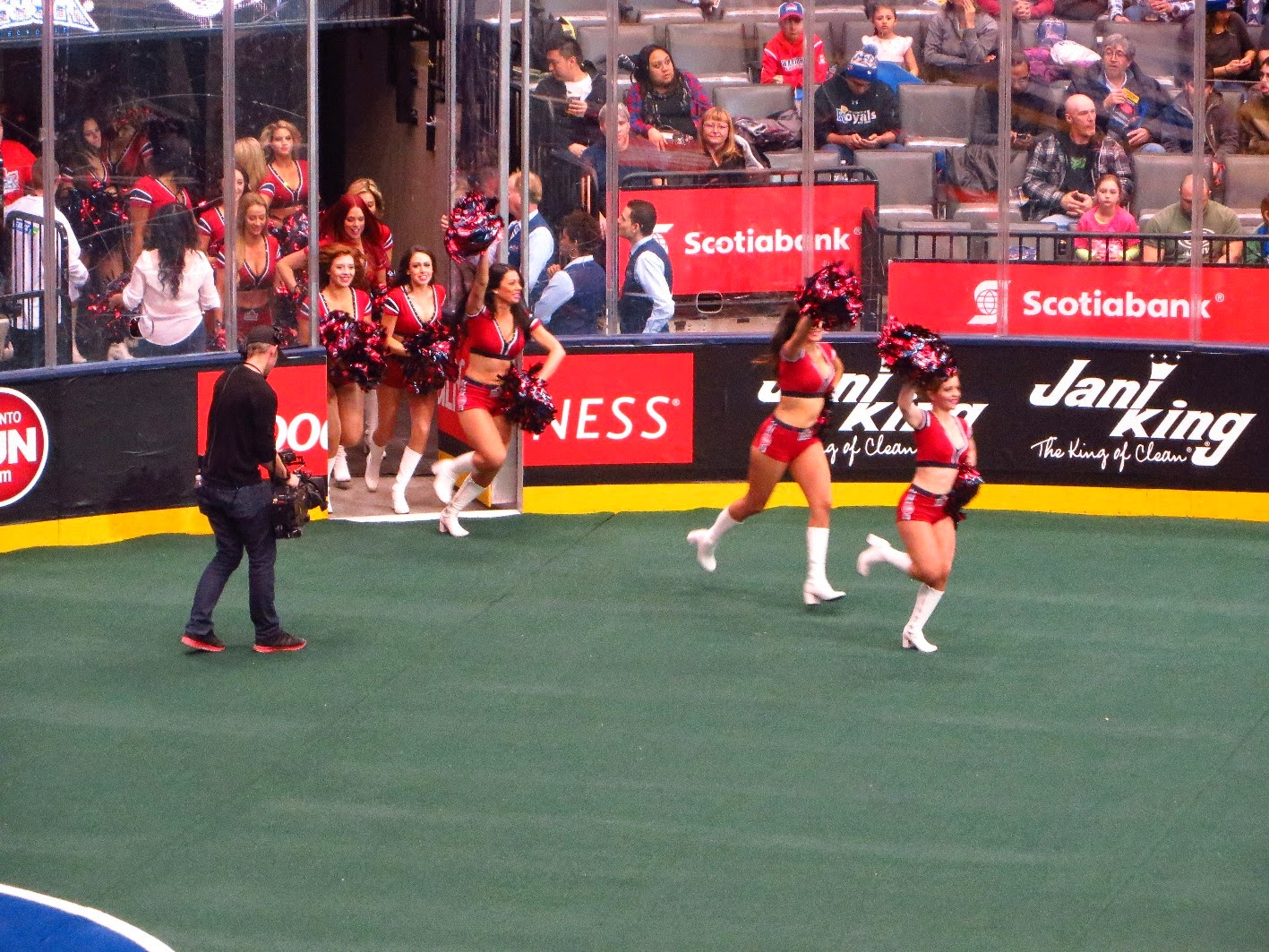 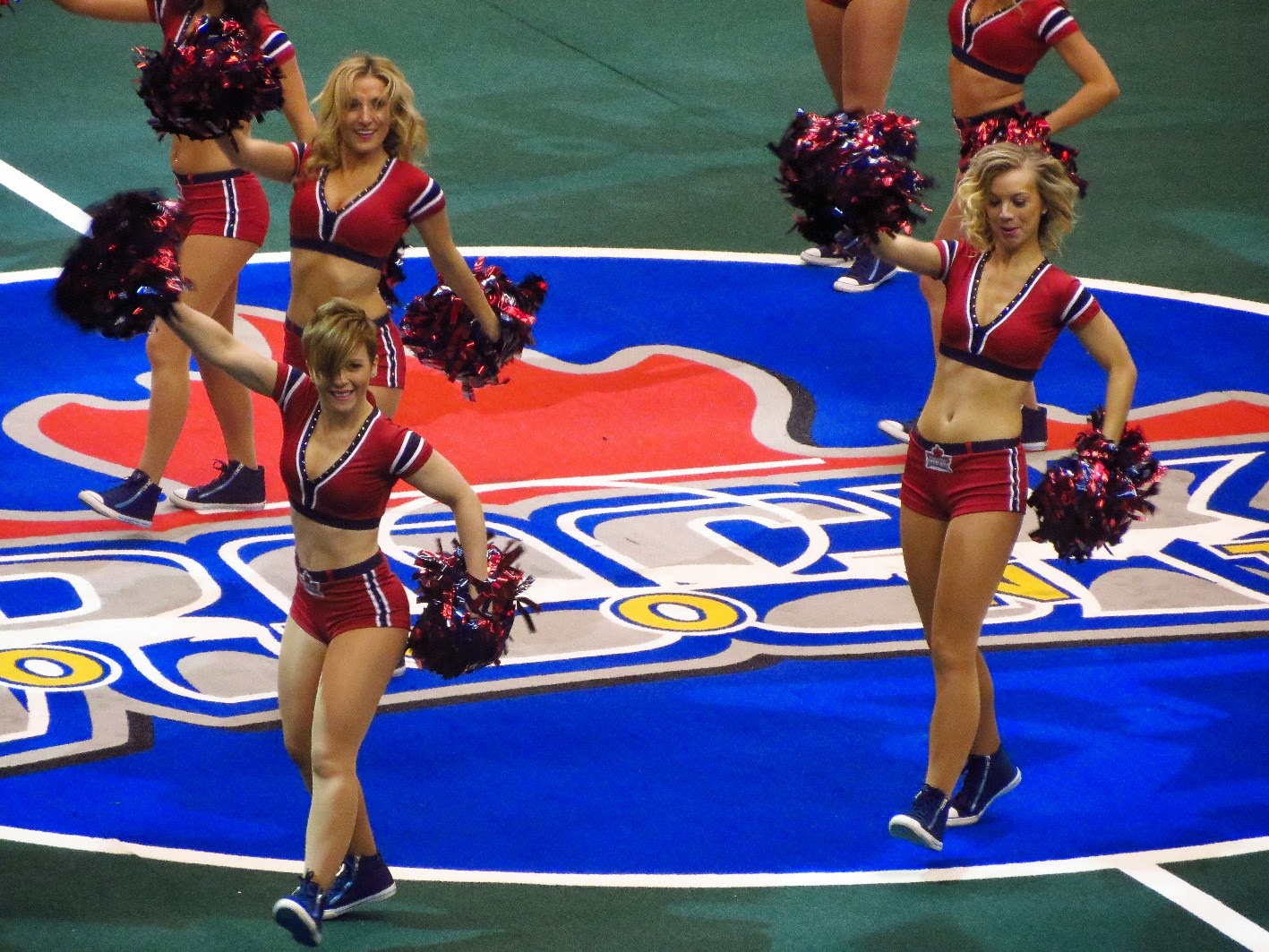 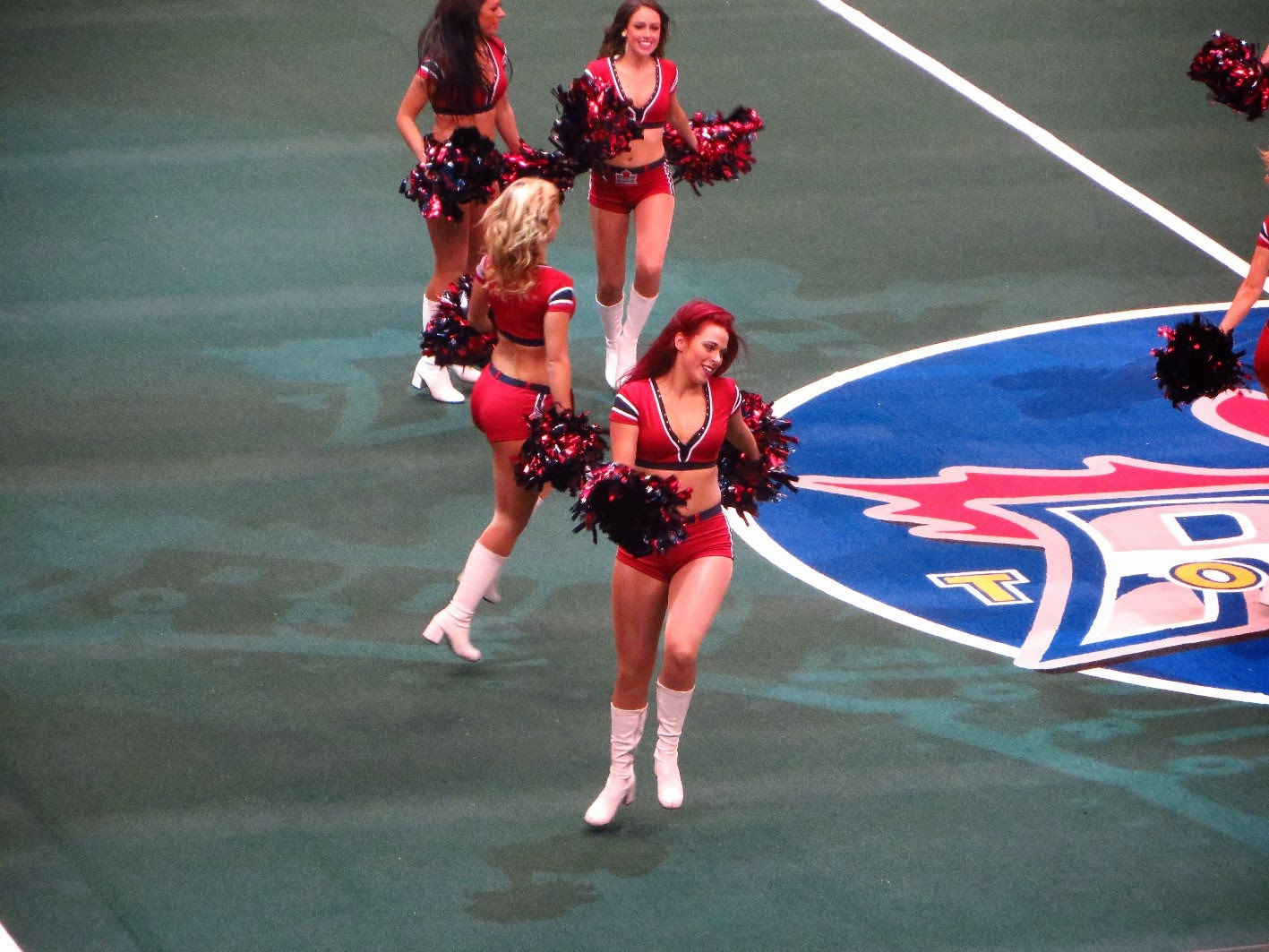 Iggy is everywhere in the stadium.  He came up to our area and had a conversation with the horse behind us. 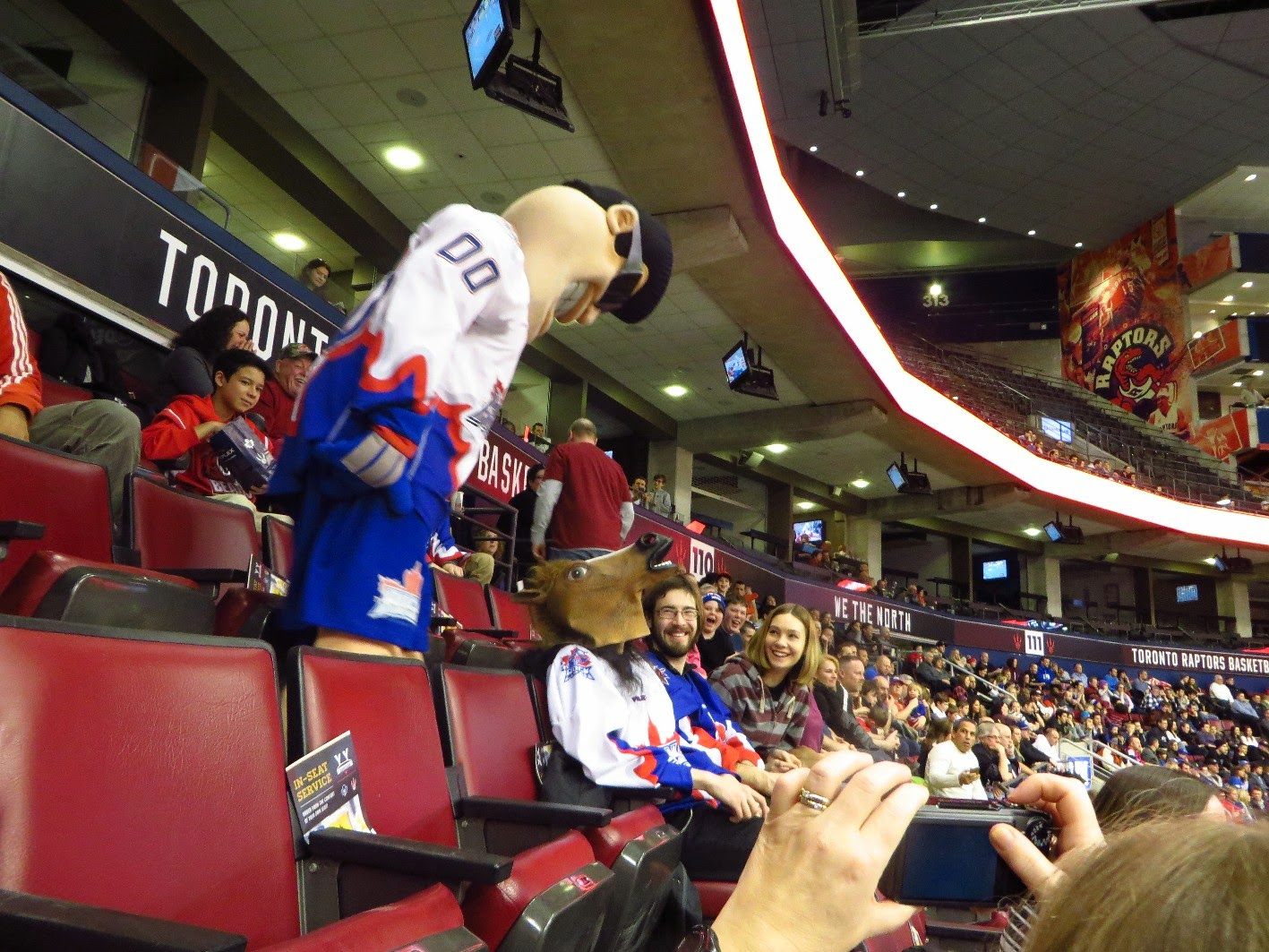 Tim sits in front of us and has shaved his head. Iggy thought it needed a shine. 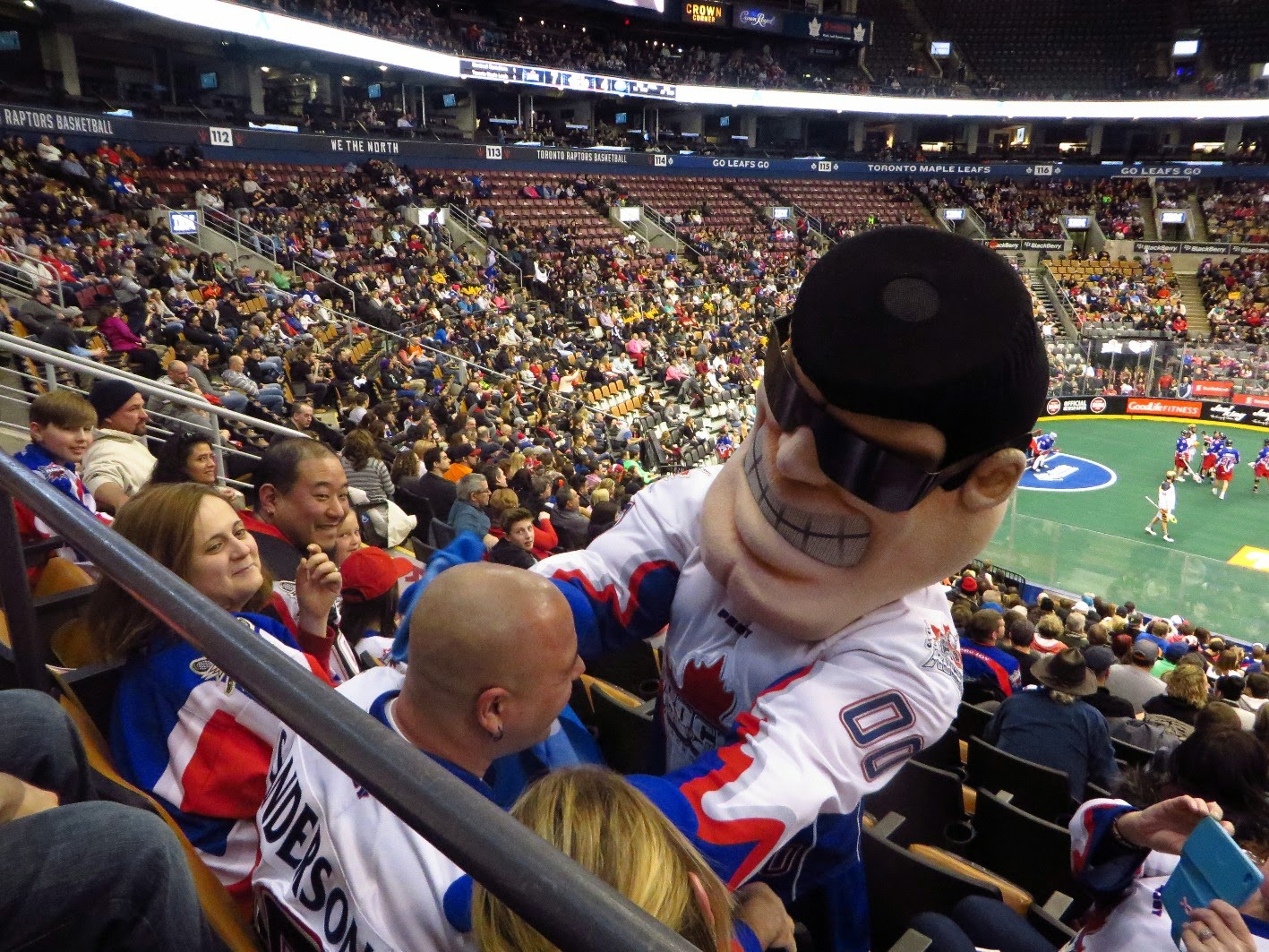 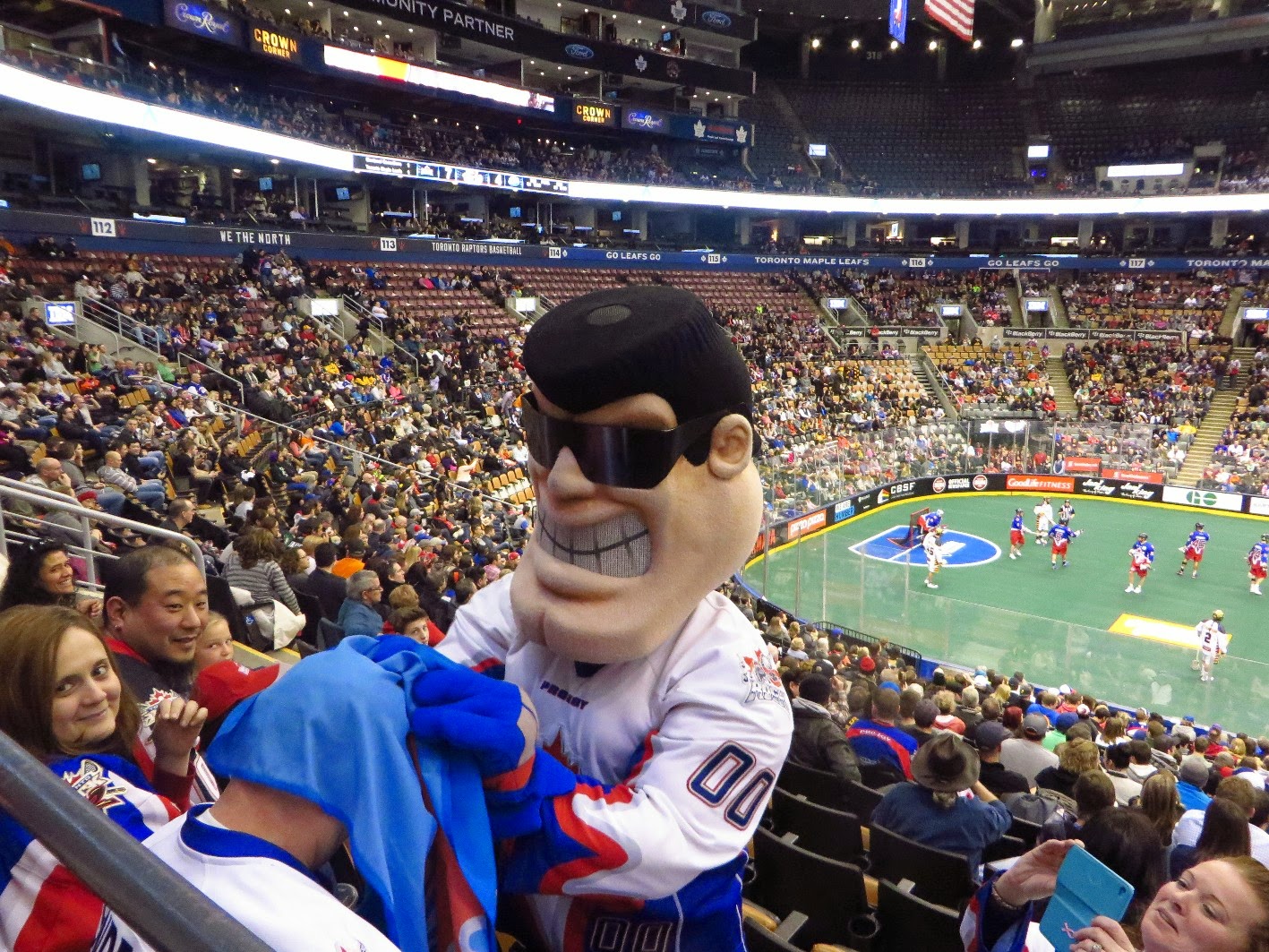 Being Valentines Day, Iggy put on a tie and joined the cheerleaders. 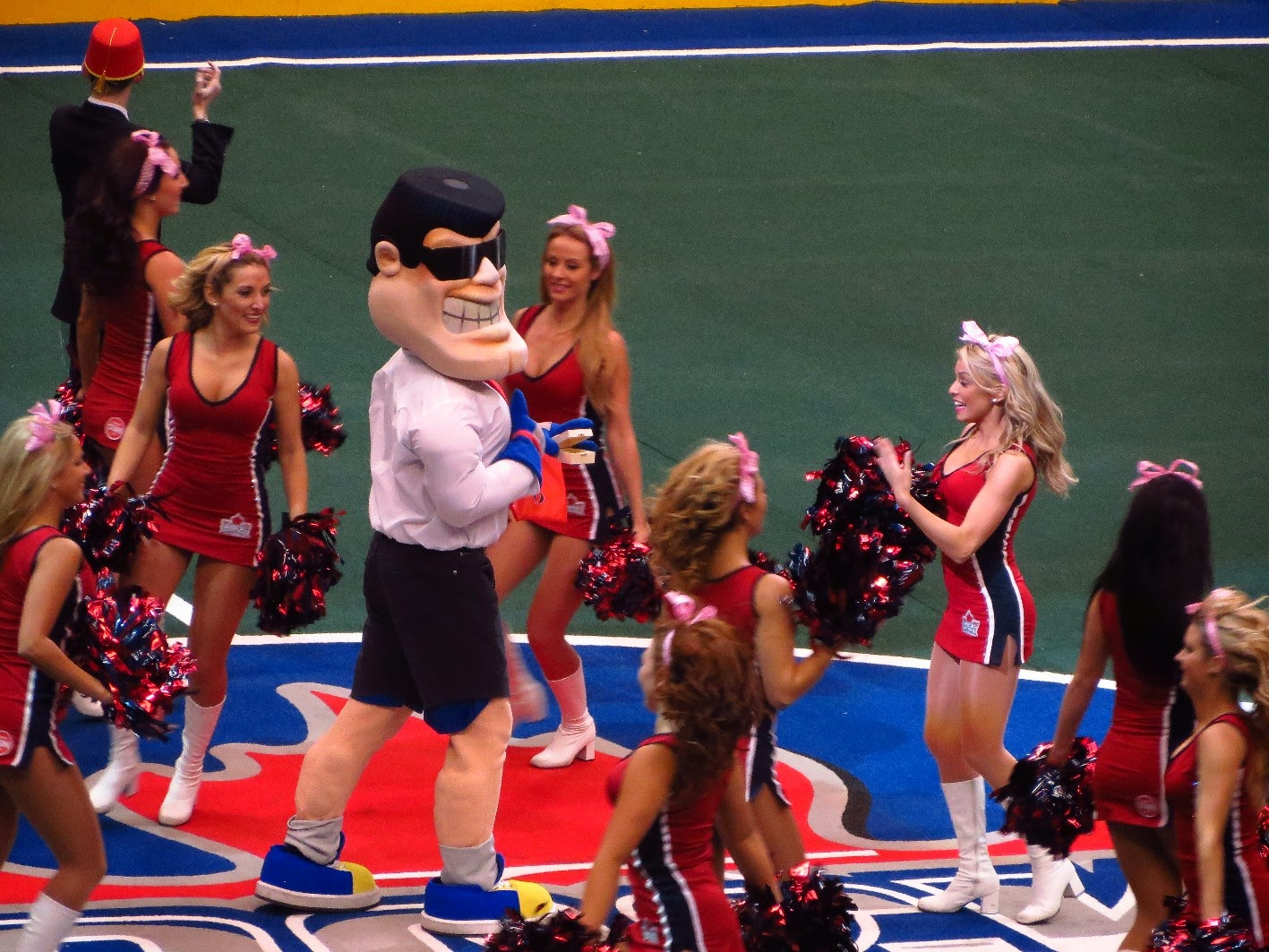 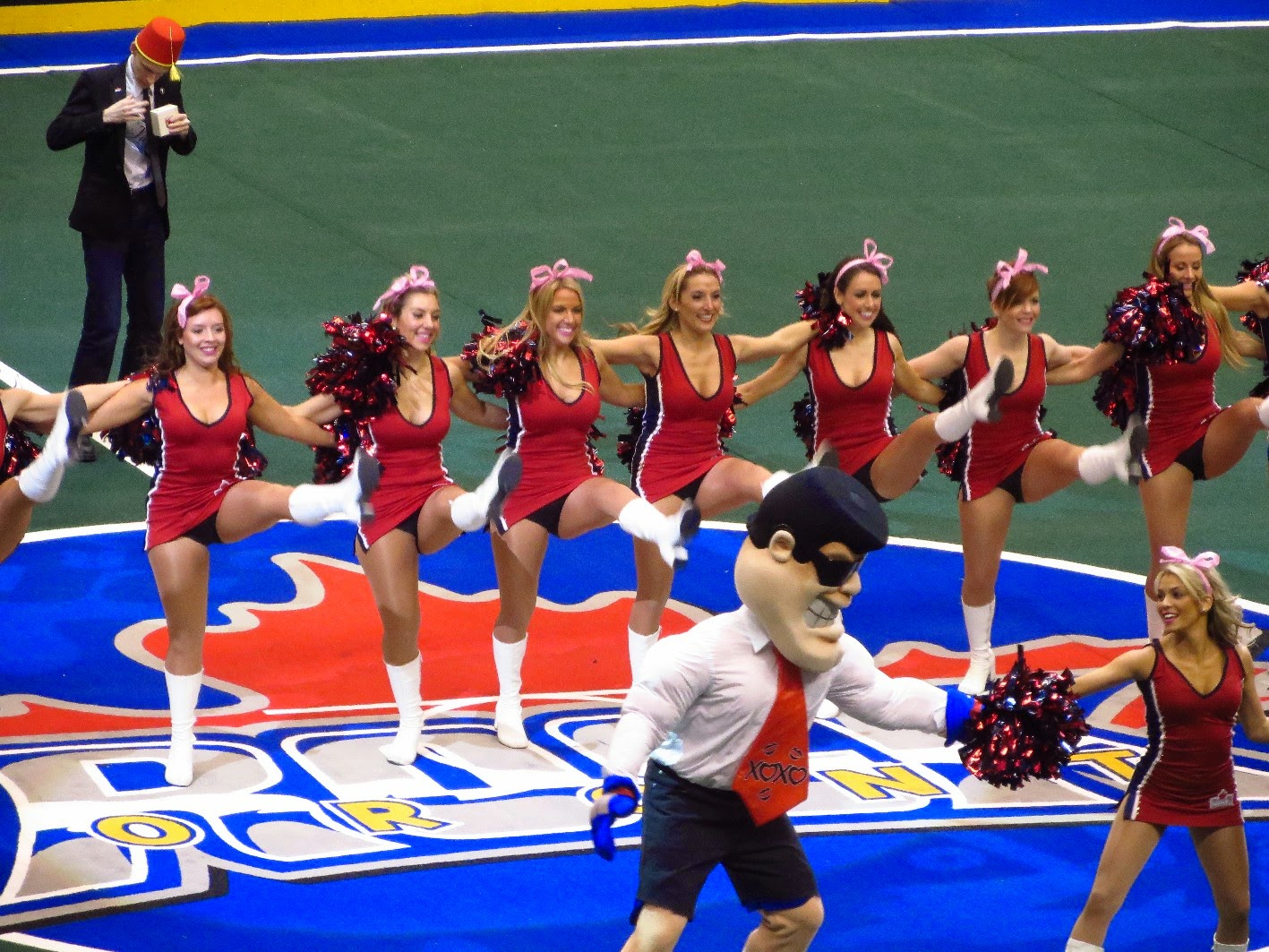 Iggy even flipped a cheerleader! 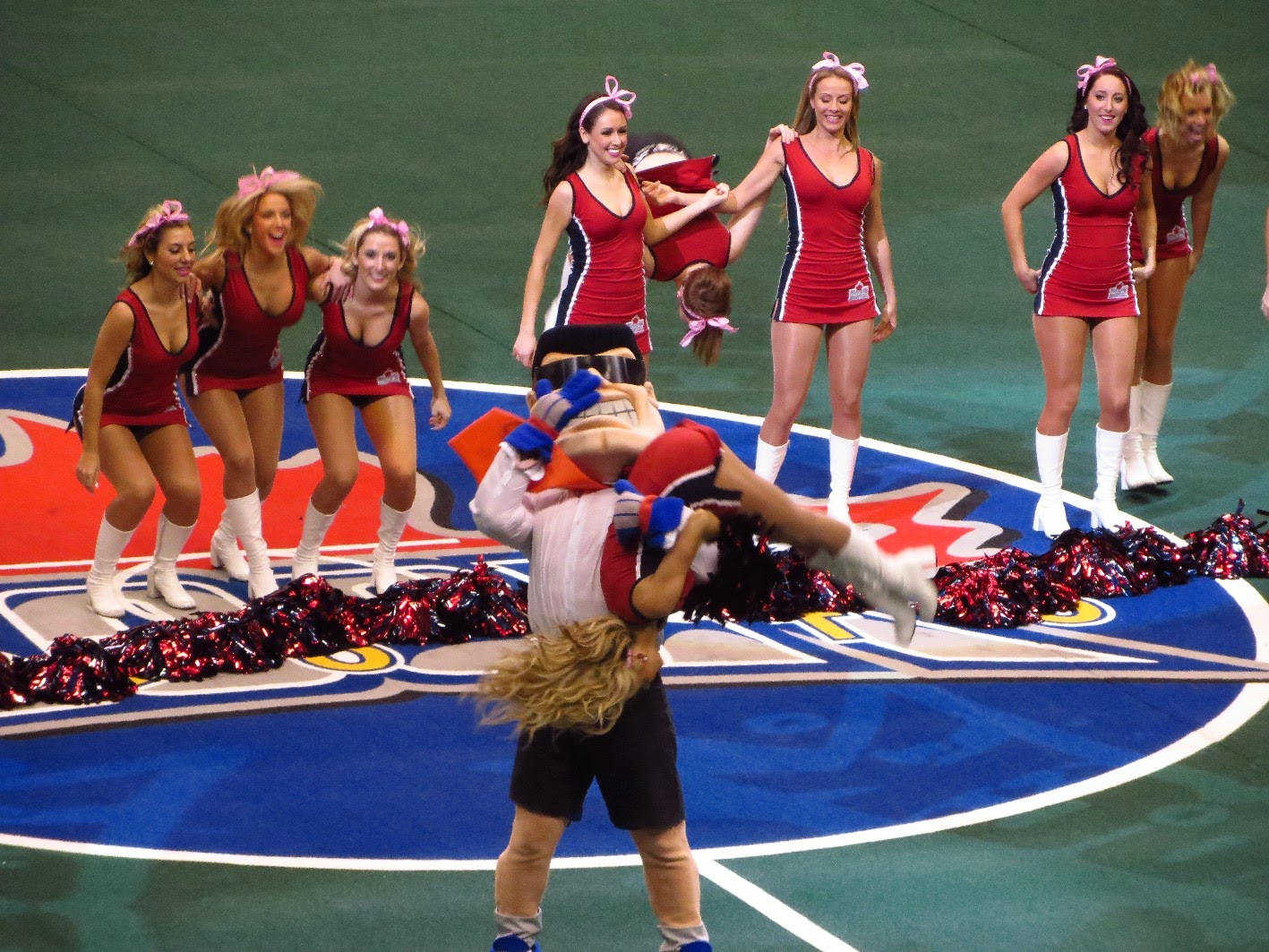 More action. The Rock took a 4 -3 lead after 27 seconds in the second quarter and never lost the lead again for the rest of the game. After building up a 6-3 lead, the Swarm never got closer than two goals behind. 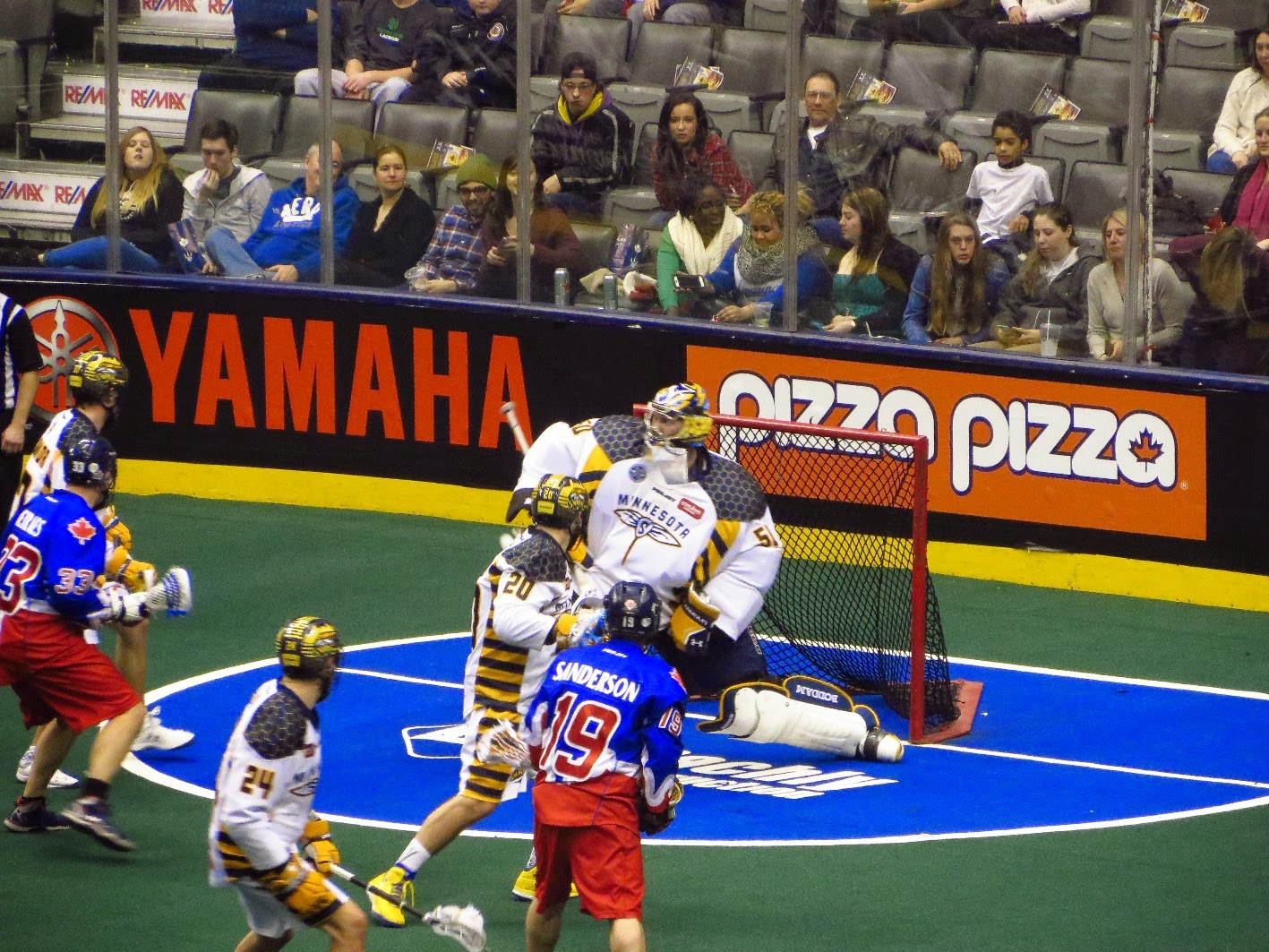 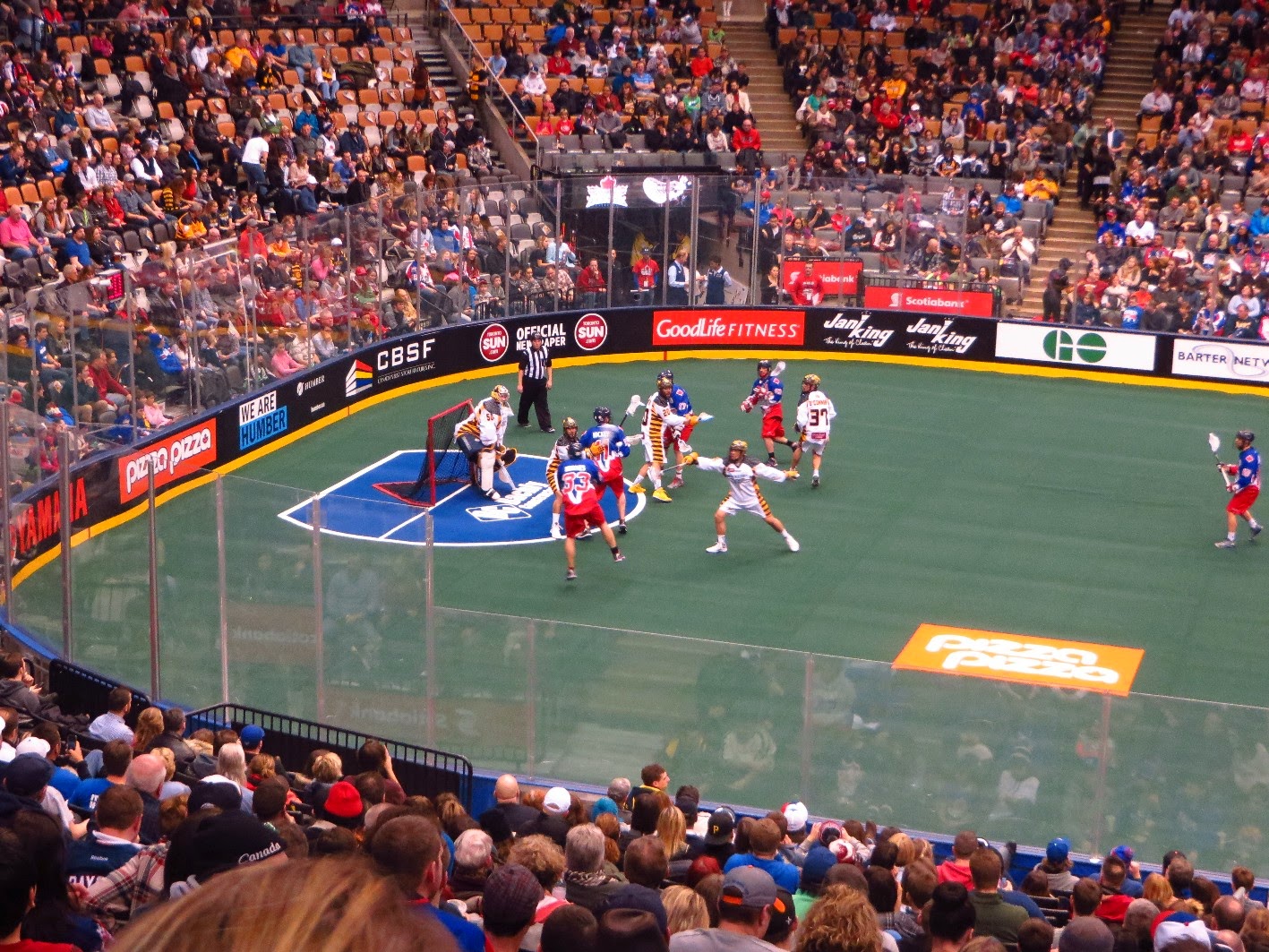 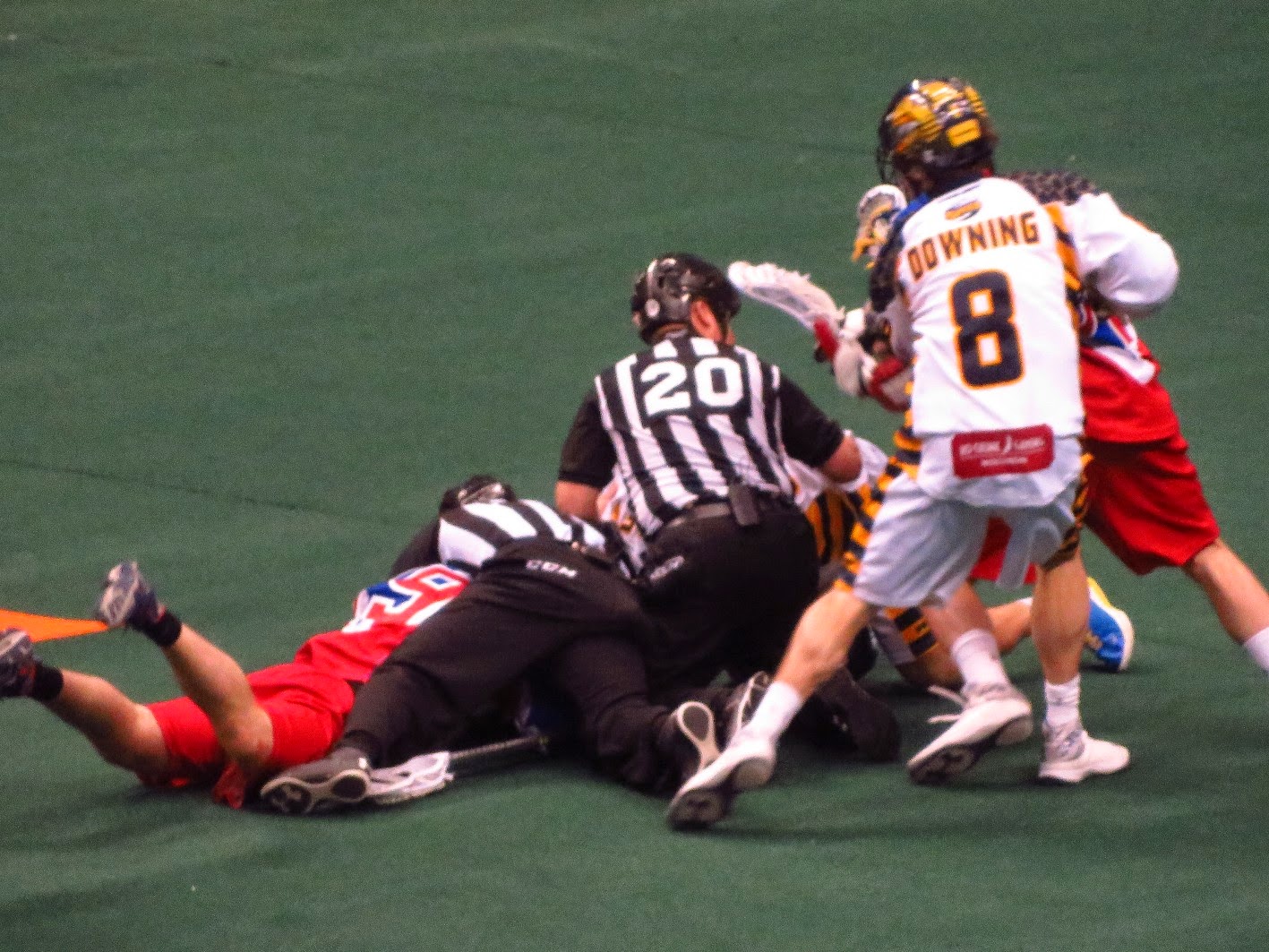 Nick Rose (front) made 40 saves in a 14-9 Toronto Rock victory. He and goalie Brandon Miller do a victory jump. 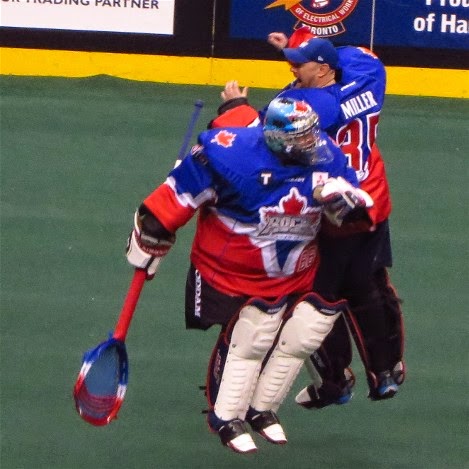 The Rock took all three stars. 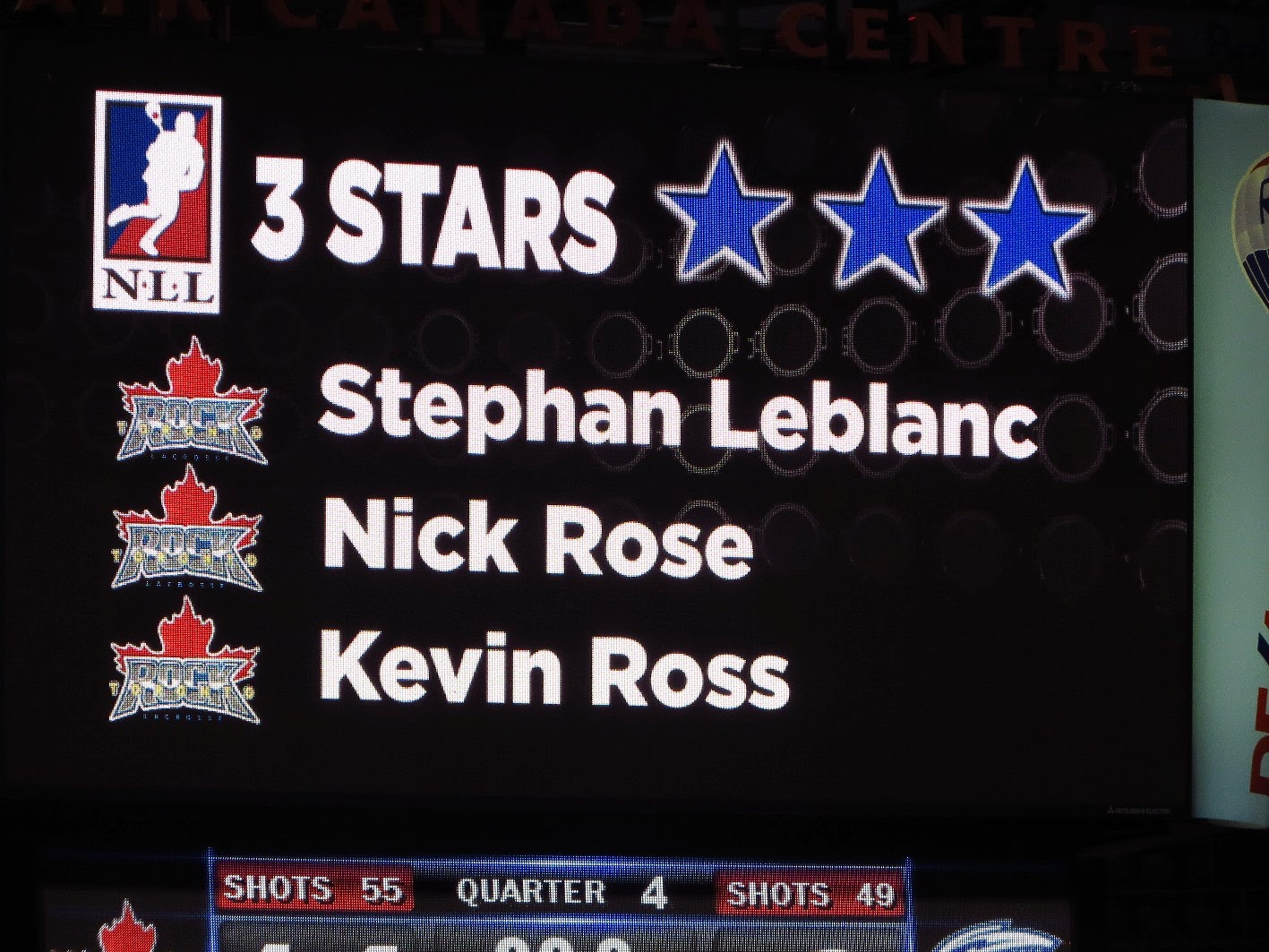 Buffalo lost tonight so now the Rock have a two game lead in their division. The Rock lap the stadium and salute their fans. 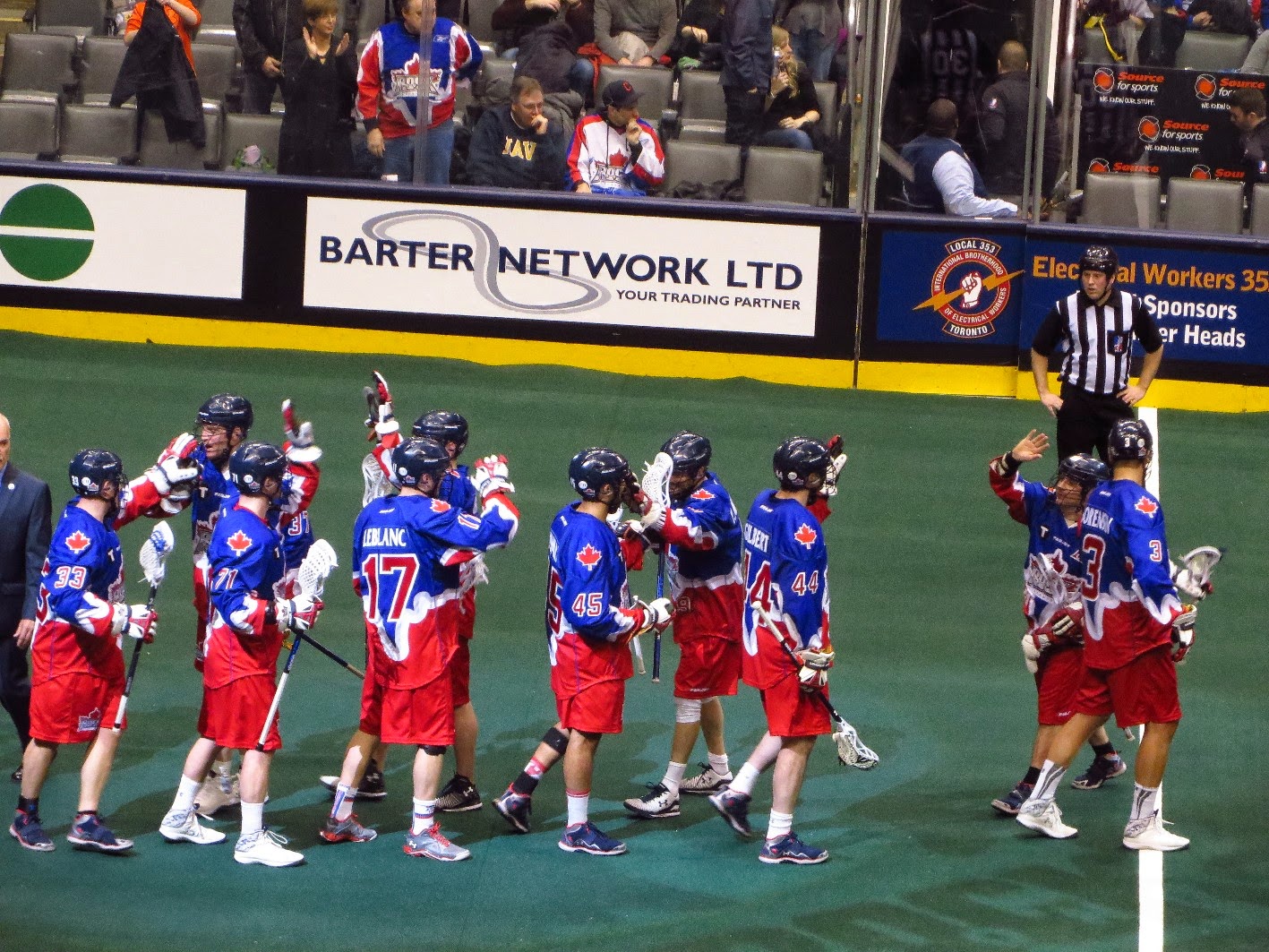 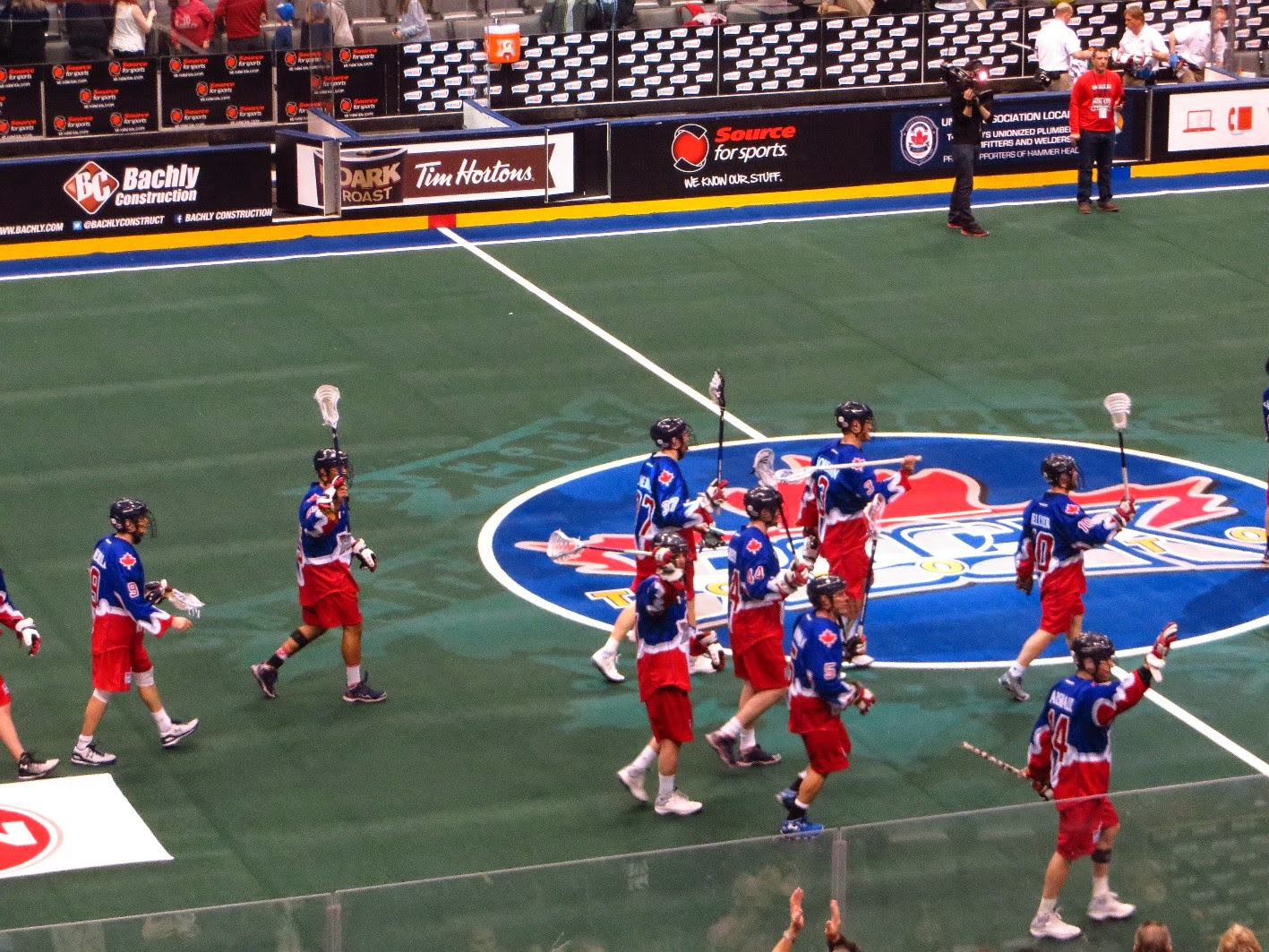 Next Friday night they take on the New England Black Wolves. Teena and I will be there.
Posted by Swordsman at 21:30