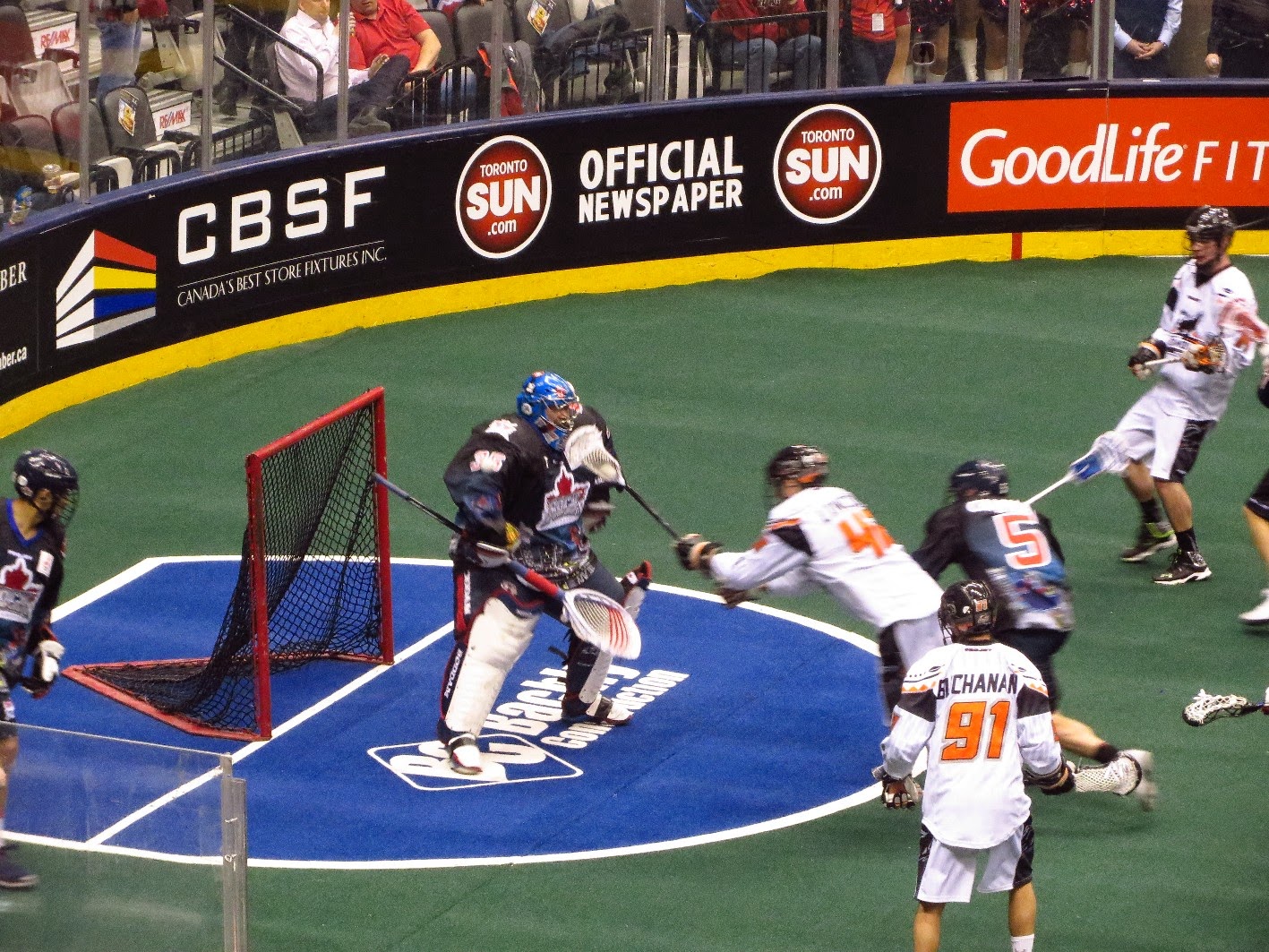 There is nothing better in sports than being at a game where your team stages a huge comeback win. That happened tonight for the Toronto Rock and if you weren't there, you missed a great game!

The 6 -1 Toronto Rock were tacking on the 2-3 New England Black Wolves (cool nickname) at the ACC. Toronto went into the game in first place with a two game lead and hoped to keep it that way.

It was superhero night so I took some shots of the fans before the game started. 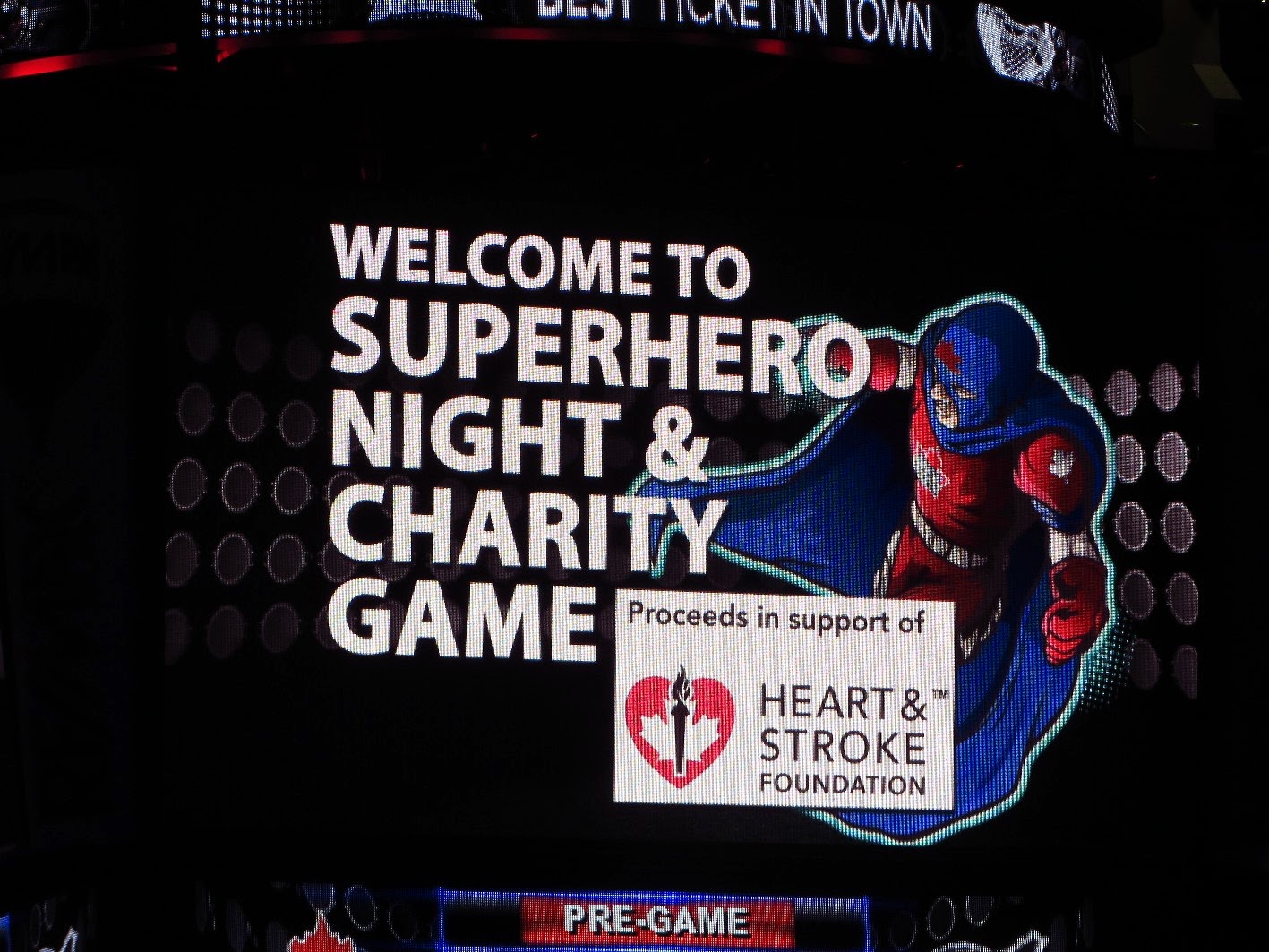 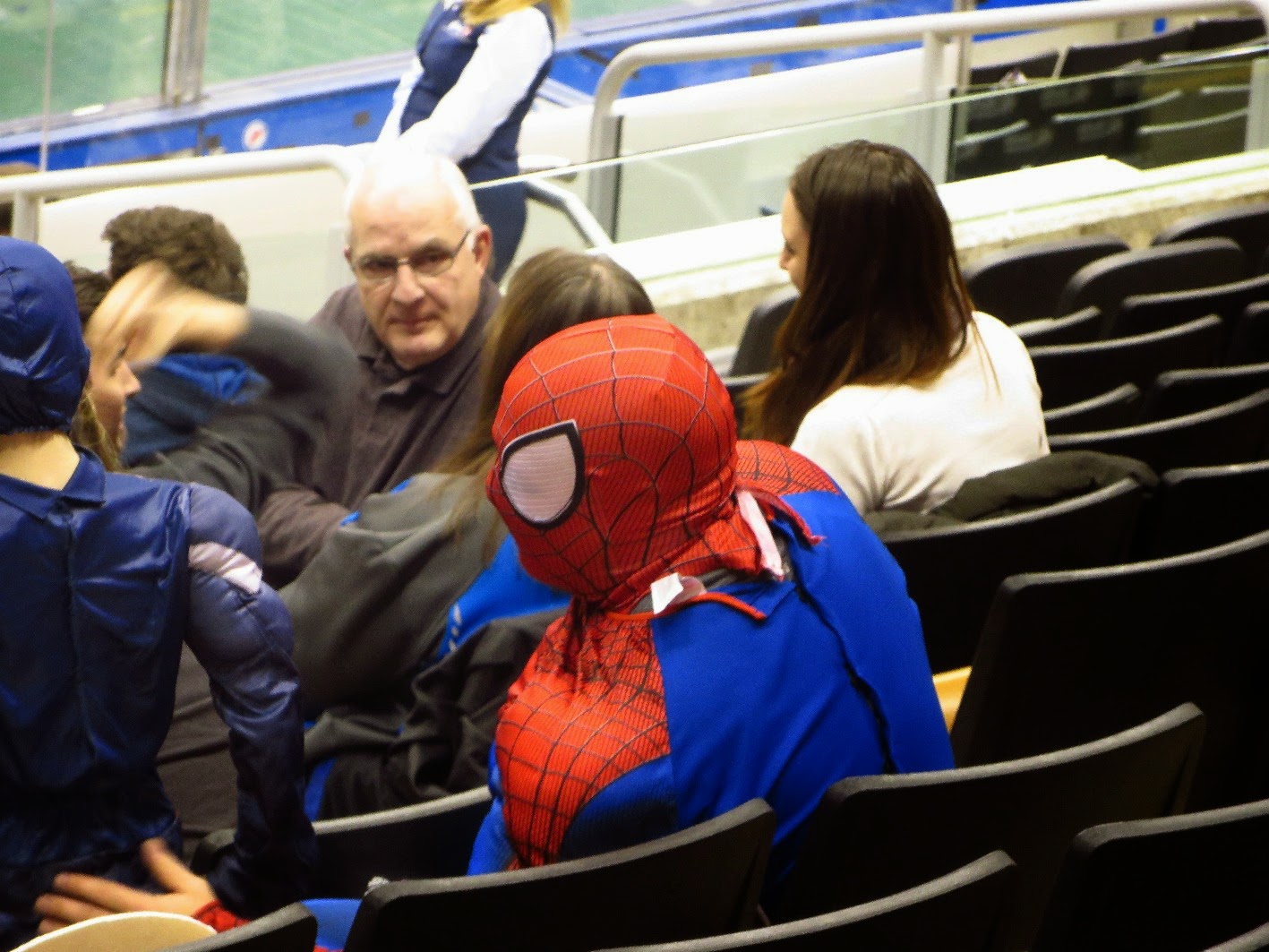 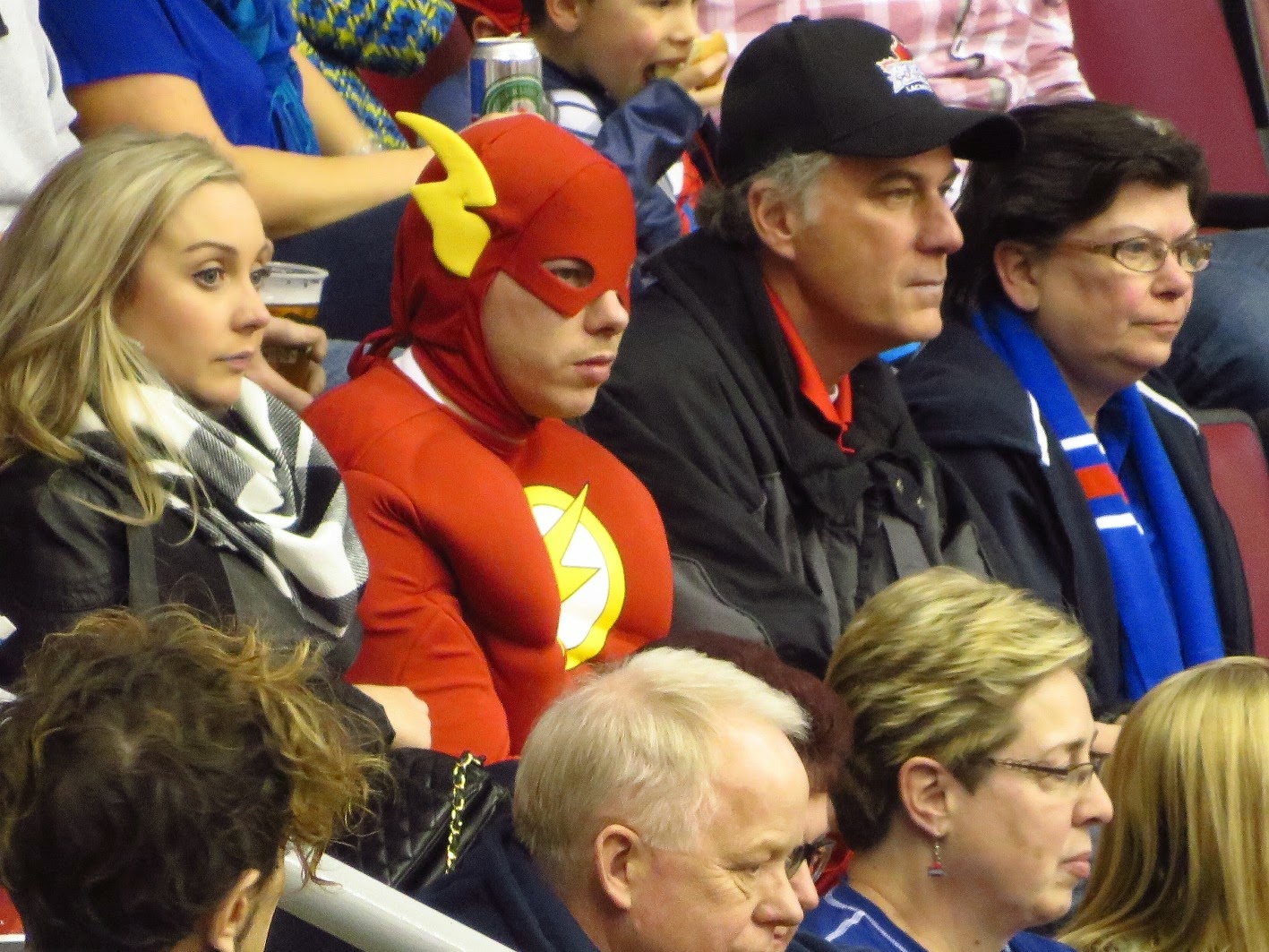 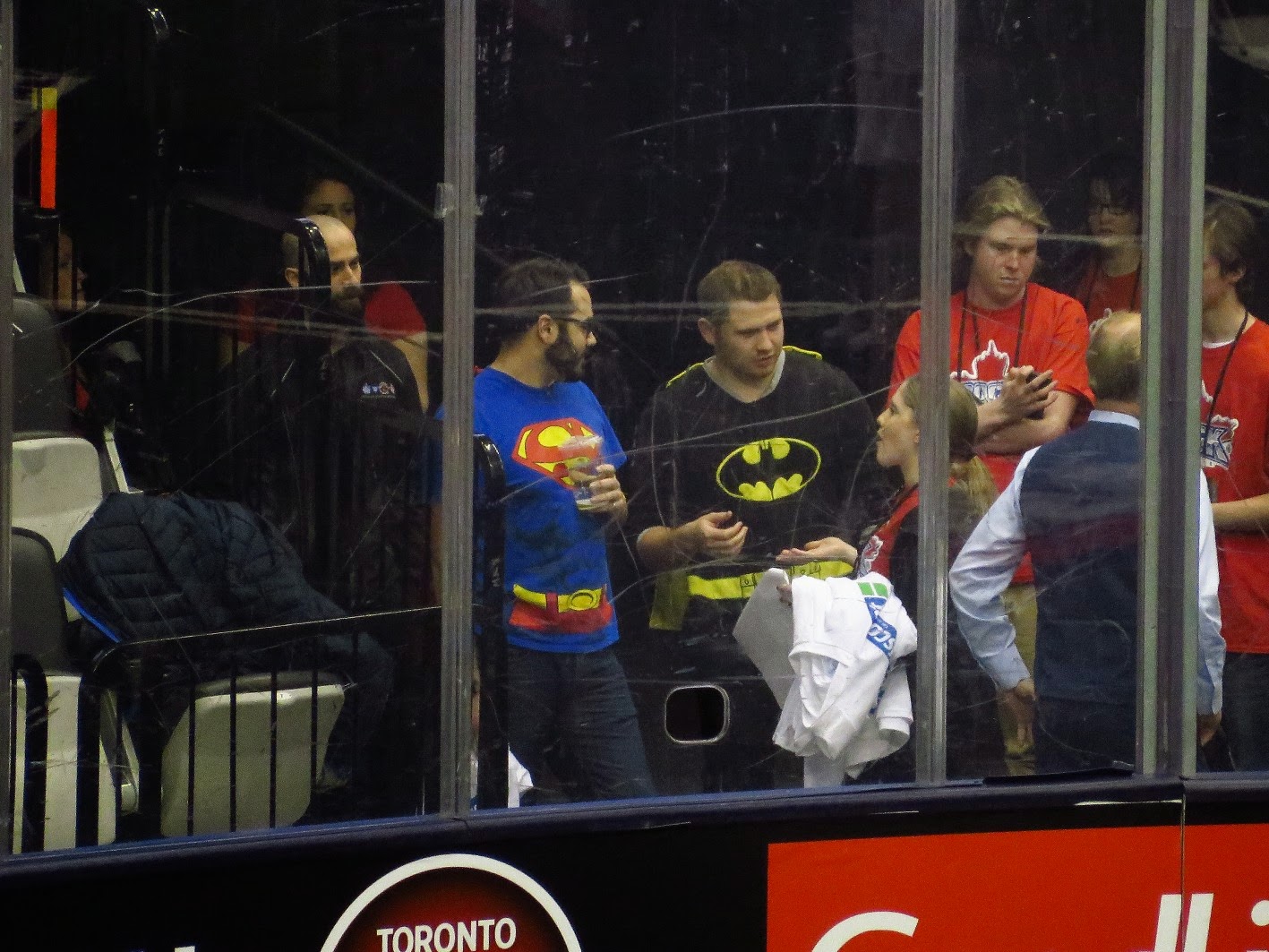 The Rock honoured some real superheroes too. This young six-year-old has gone through two heart operations and took the ceremonial face-off. Also in attendance were some World War II veterans from Sunnybrook Hospital. 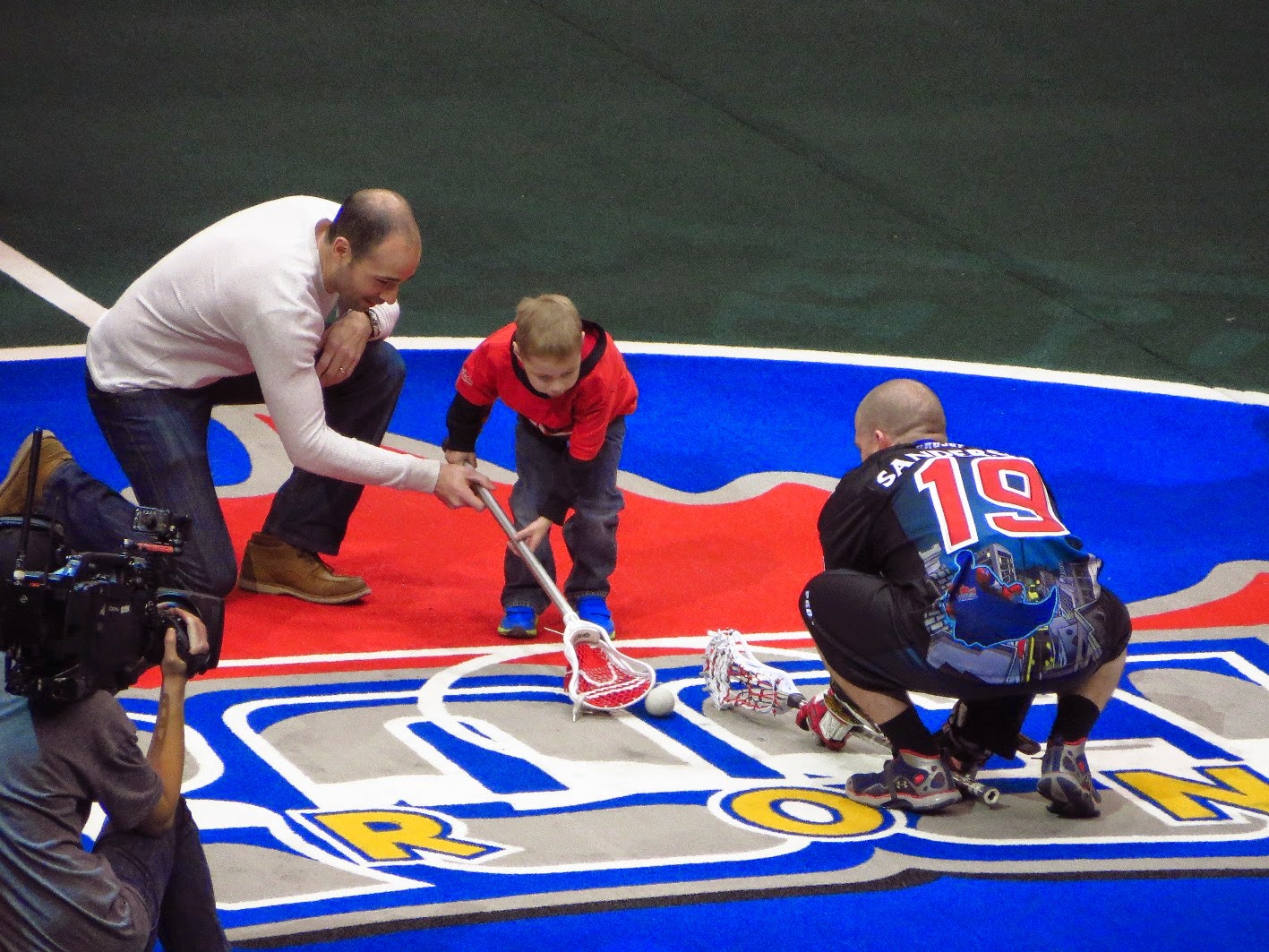 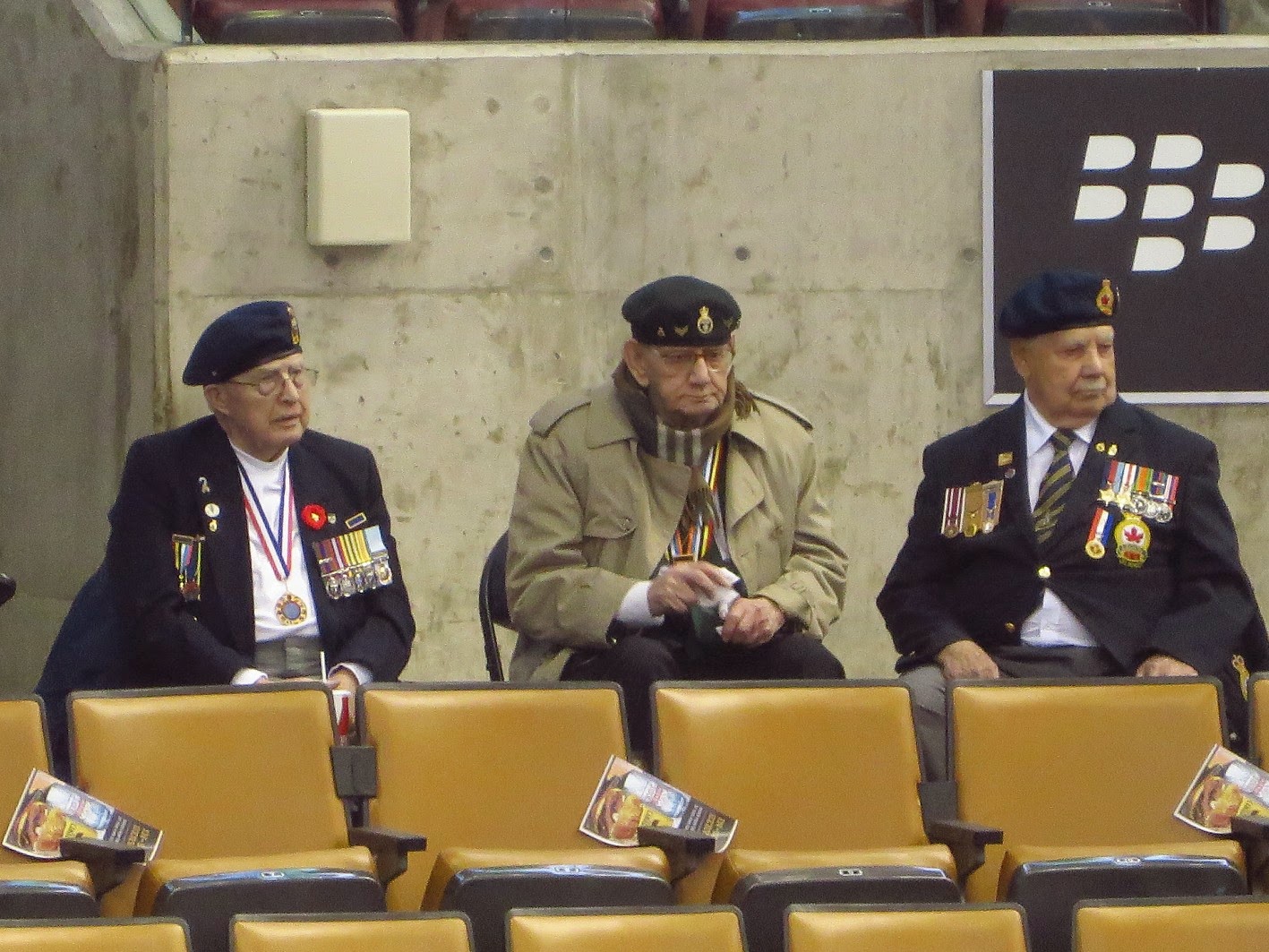 The game started with the Rock jumping out into a 2-0 lead. 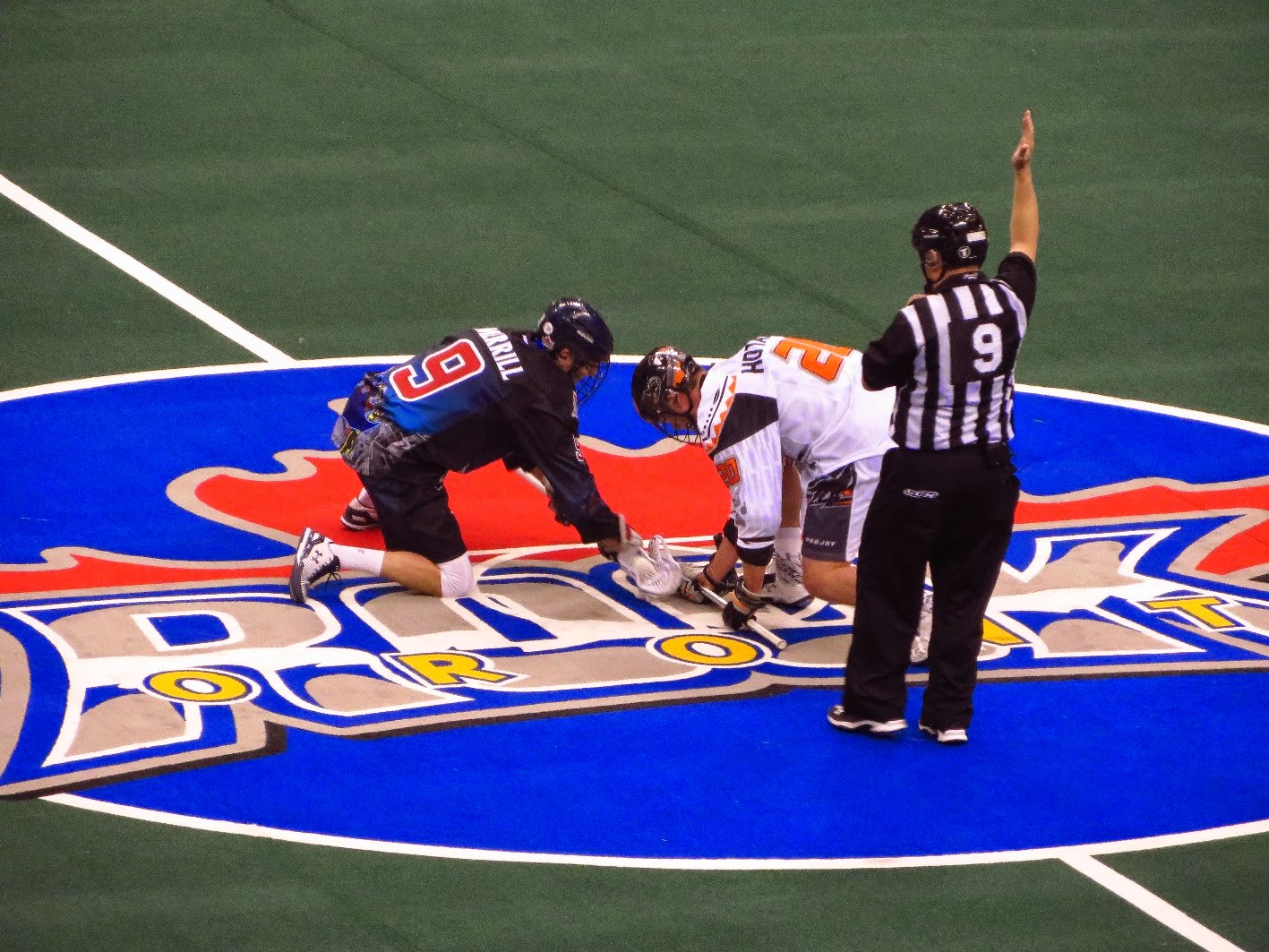 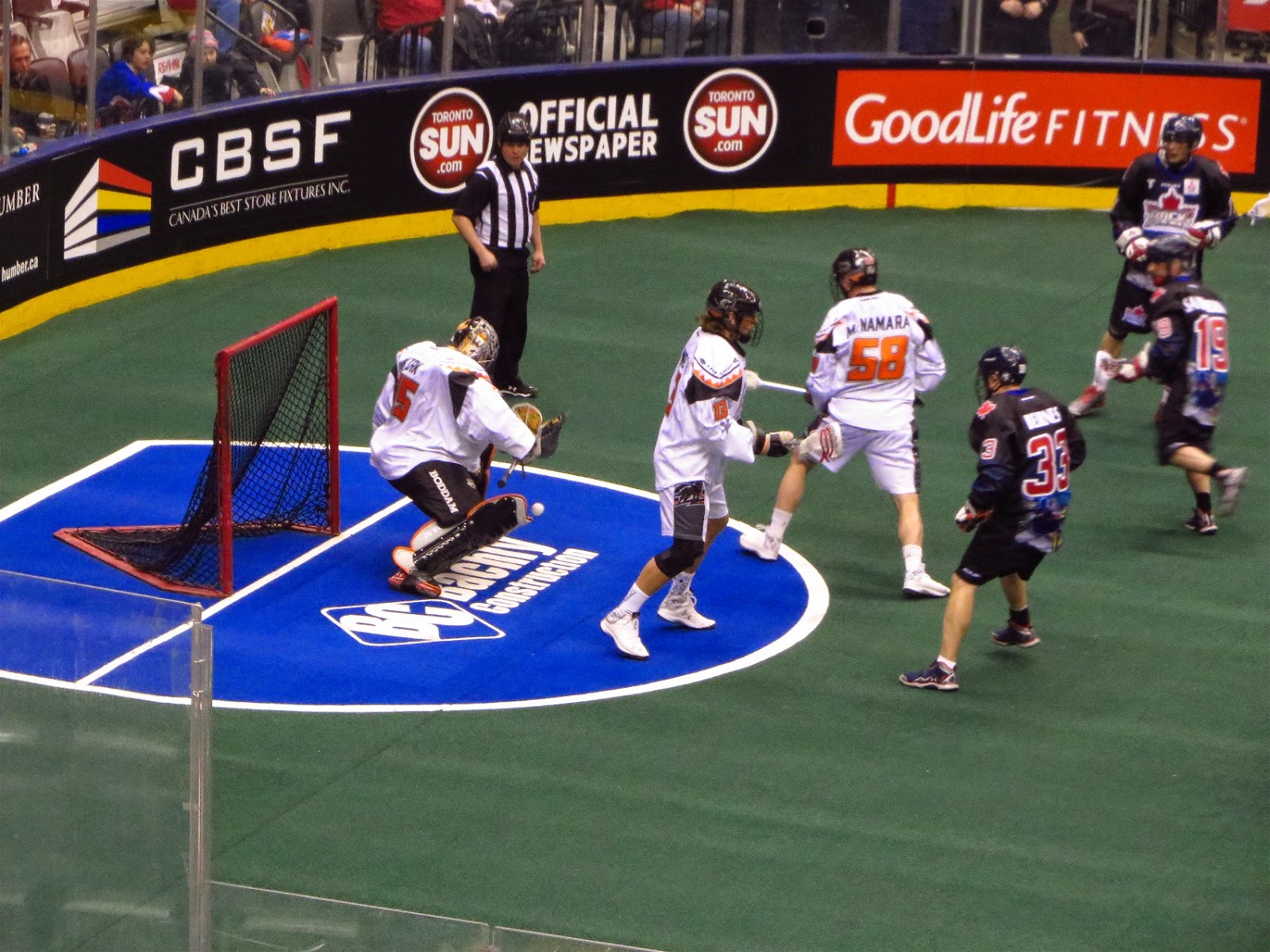 It would have been 3-0 if we didn't hit this goal post! 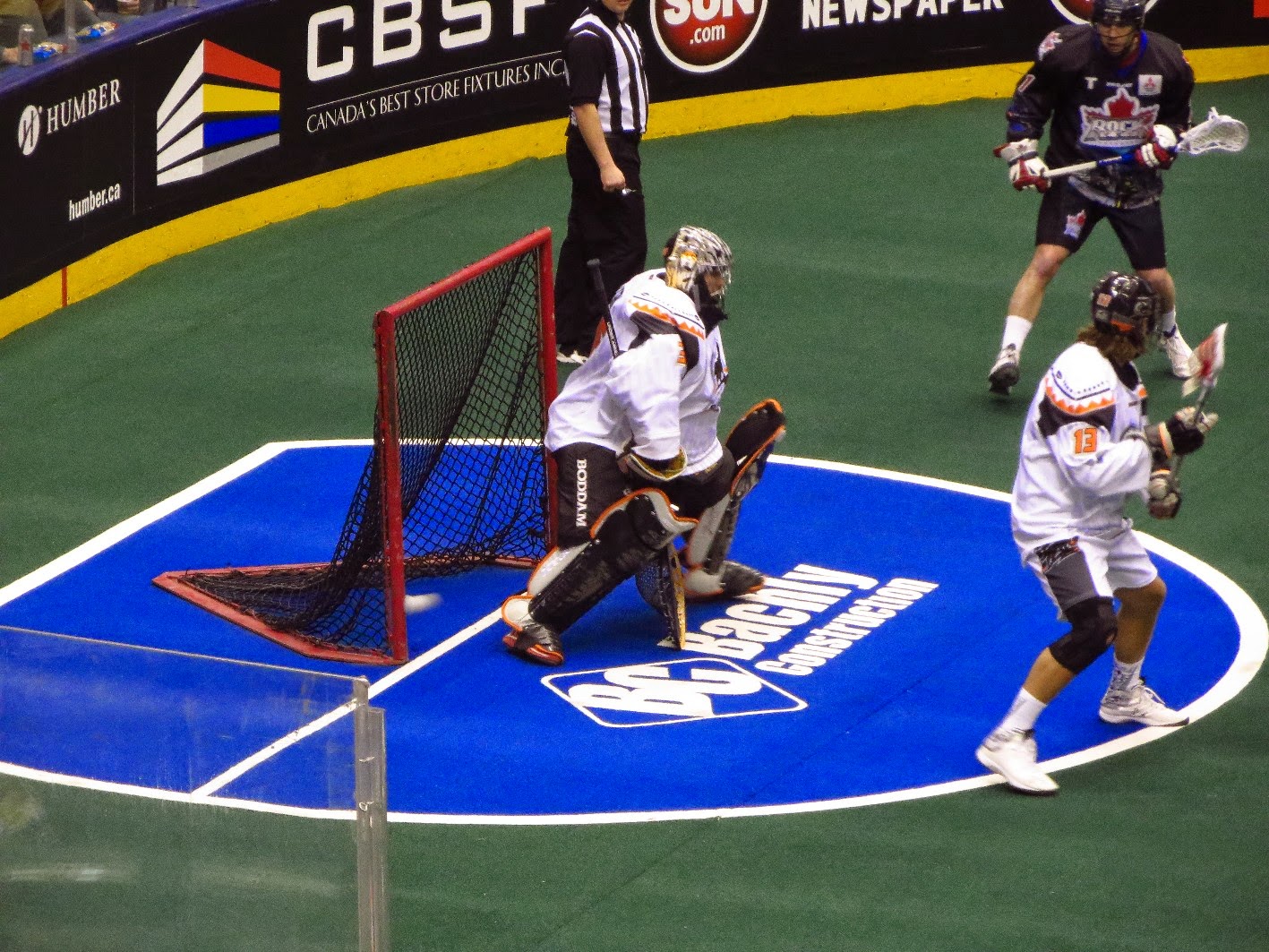 It was a chippy game and with the score tied 3-3, Jesse Gamble got into a fight.  Although the pictures don't show it, he won convincingly. 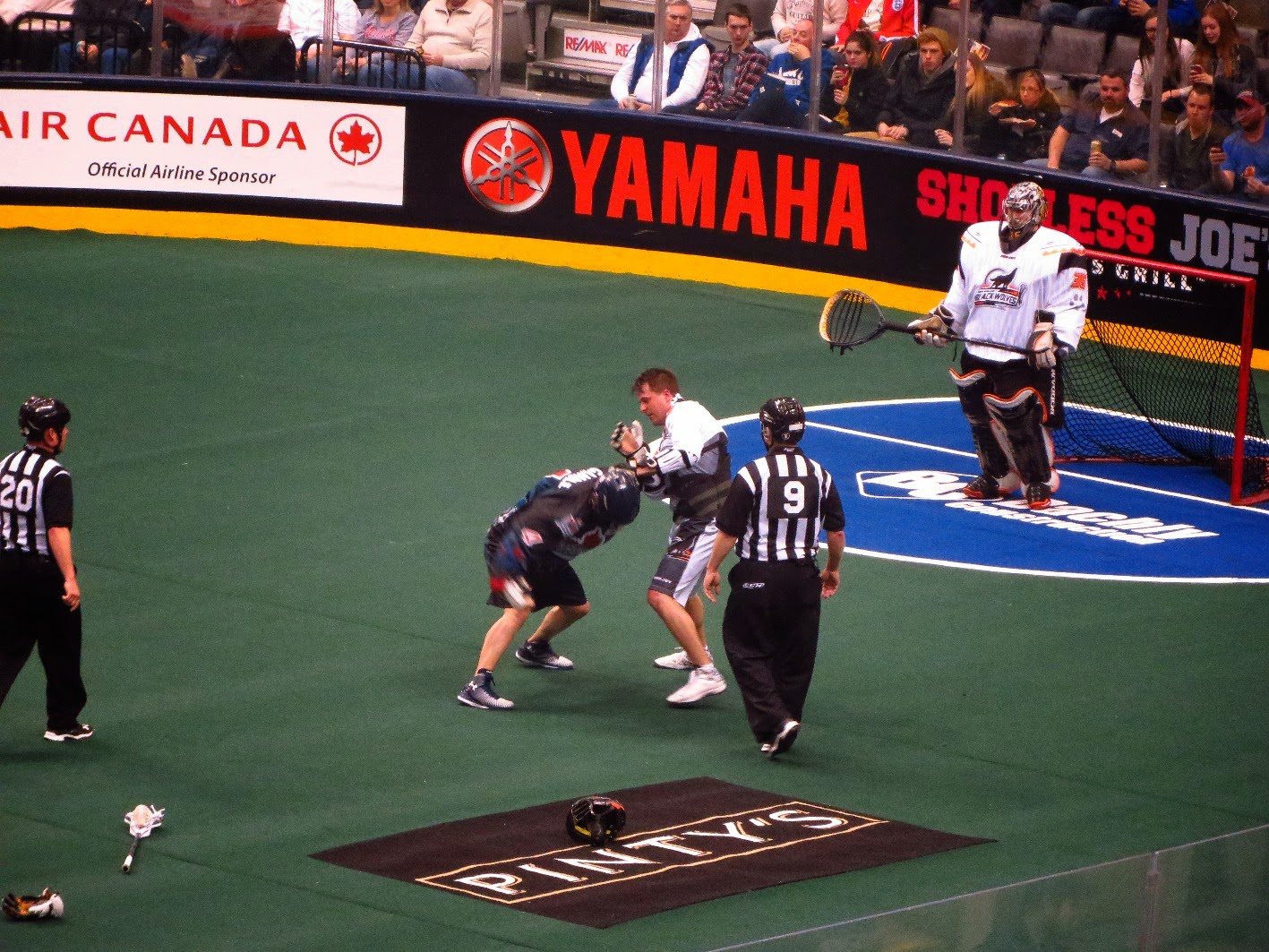 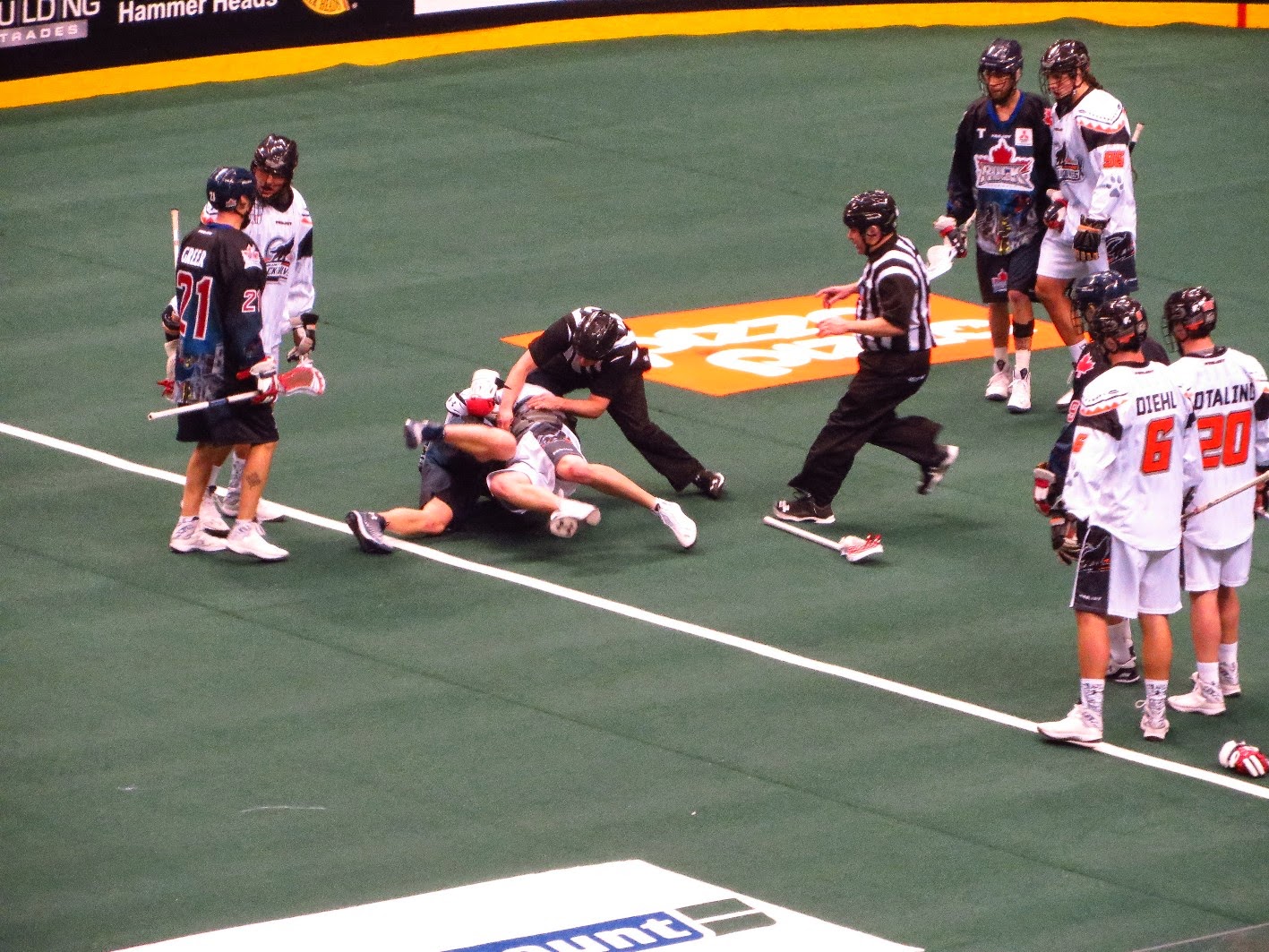 The Toronto Rock Cheerleaders came out to lead a cheer. 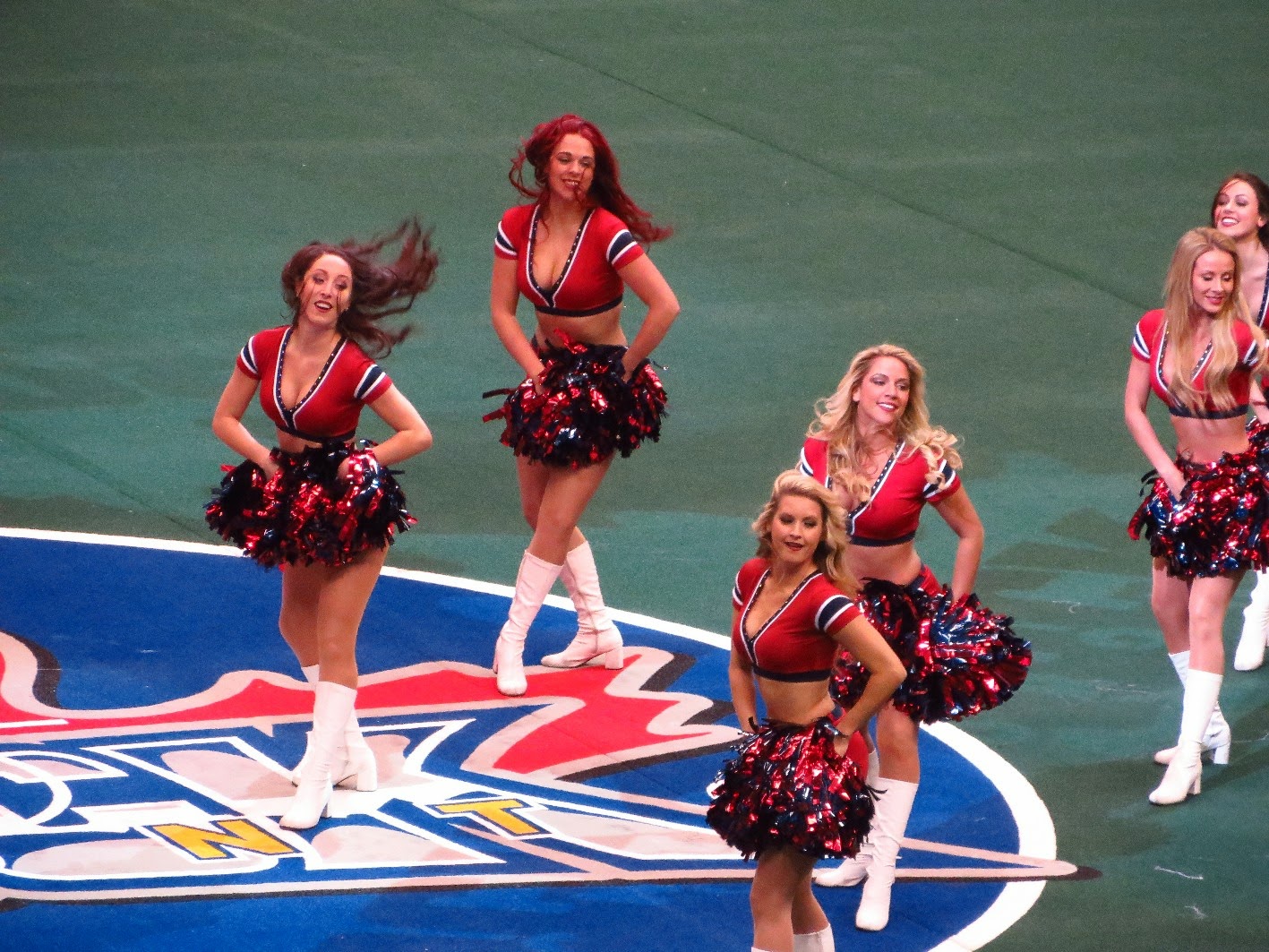 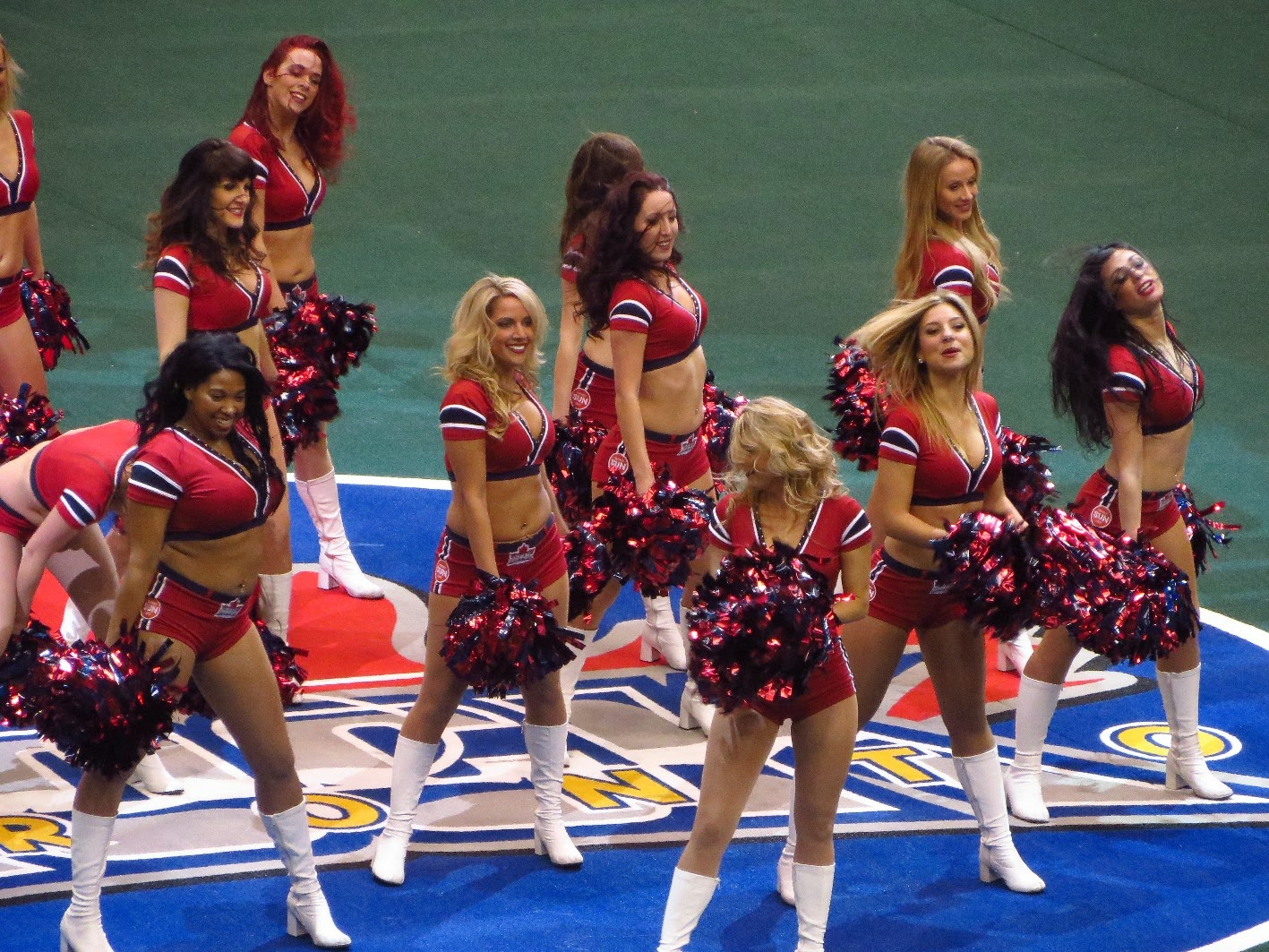 With the Rock down 6-4 at the half, the half time show featured the fans voting on the best superhero outfit. 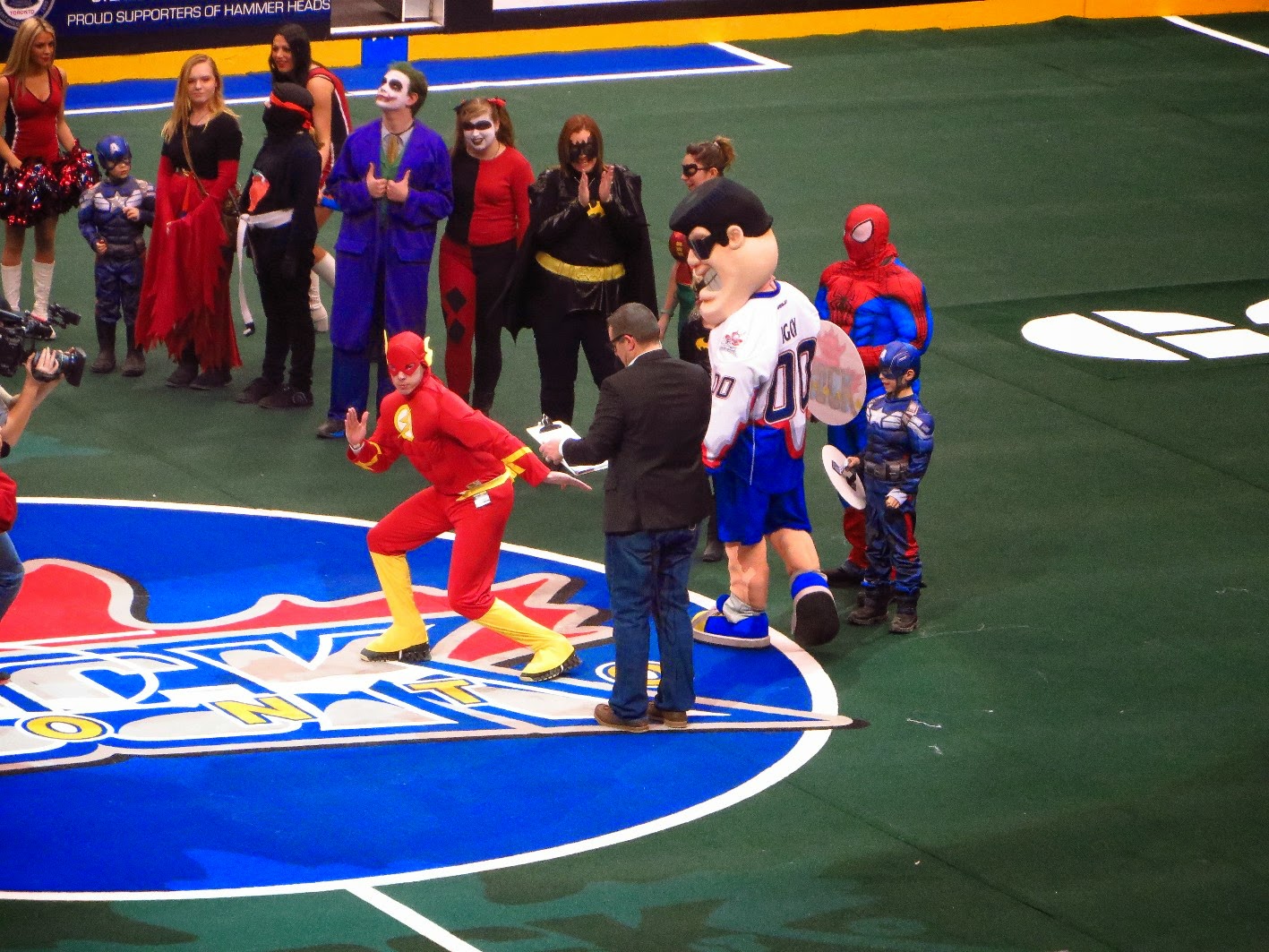 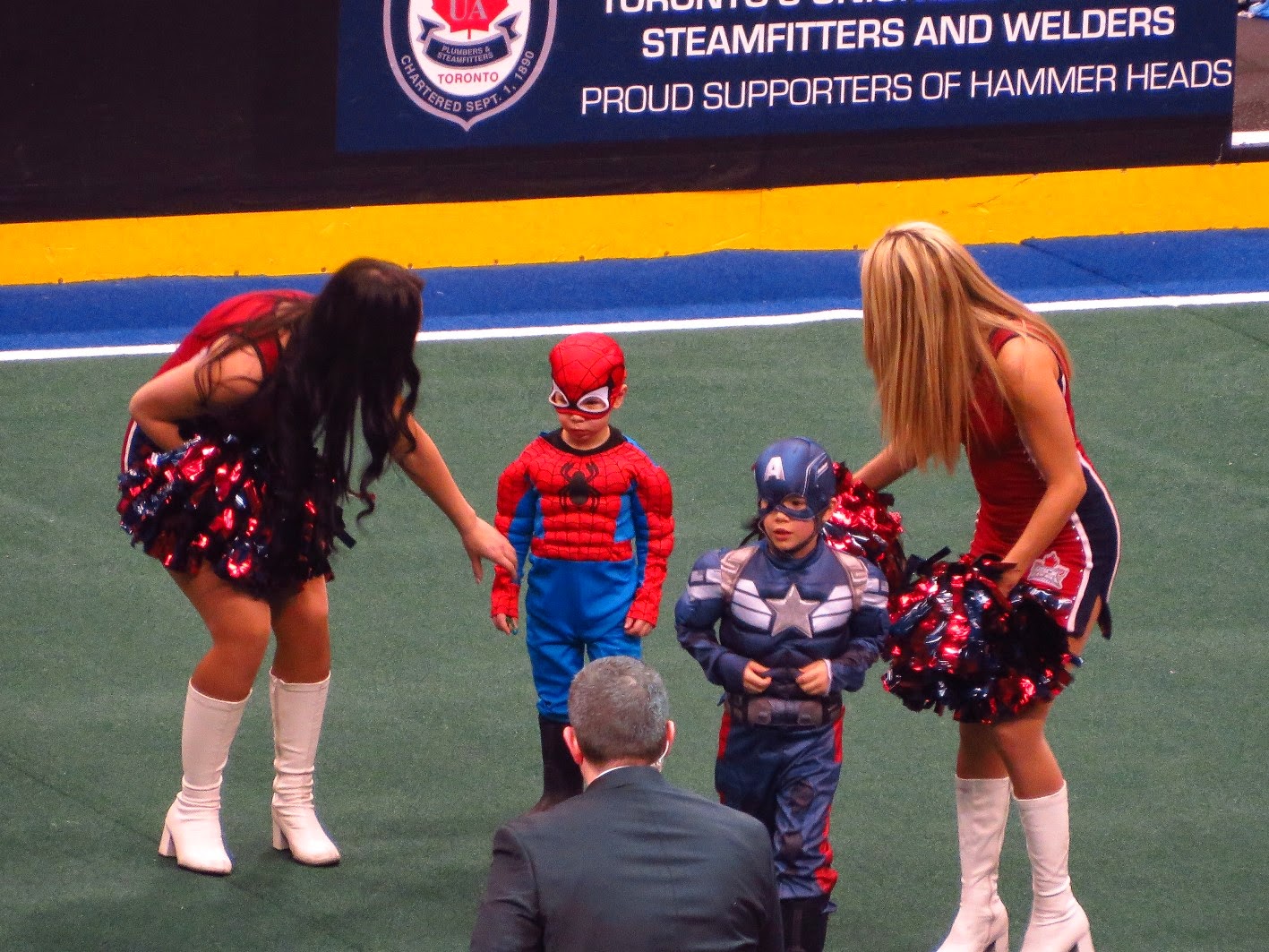 After a quick goal by the Rock, the Black Wolves went on a five goal tear to take a 10-5 lead. Nick Rose took the net after the ninth goal. The horse was horrified! 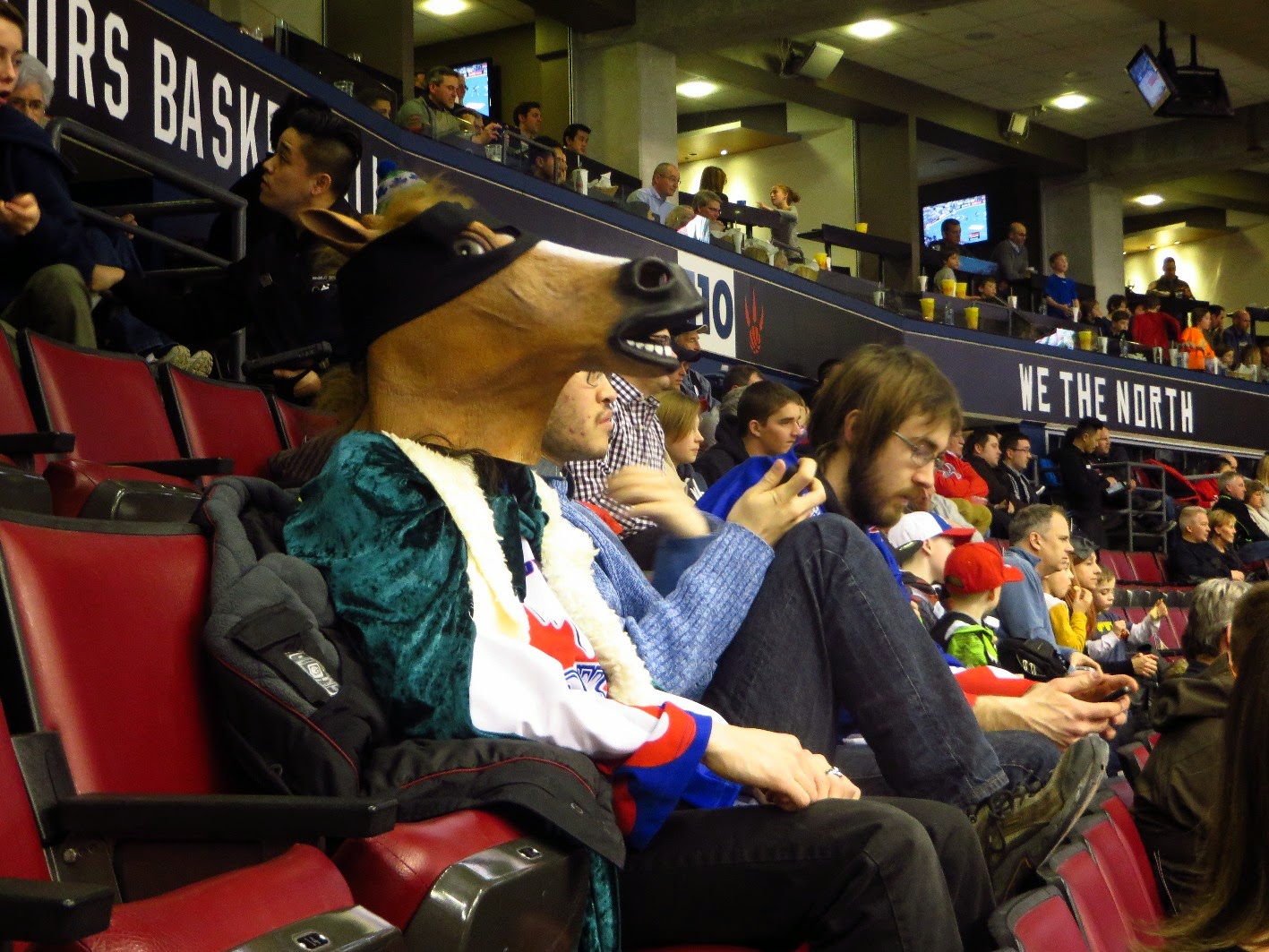 The superhero cheerleaders came on to Rock the crowd. It all started with a flip that Iggy enjoyed. 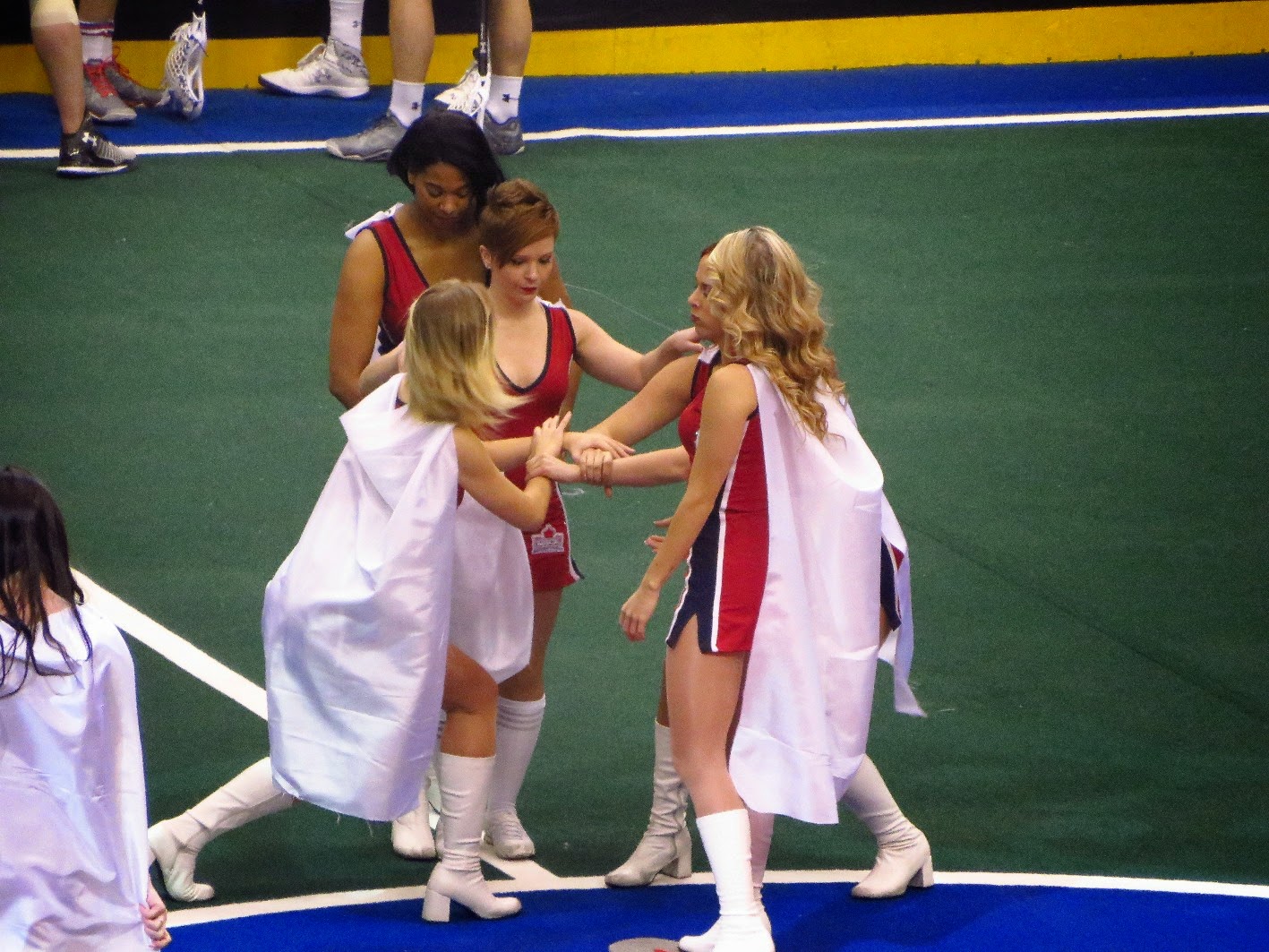 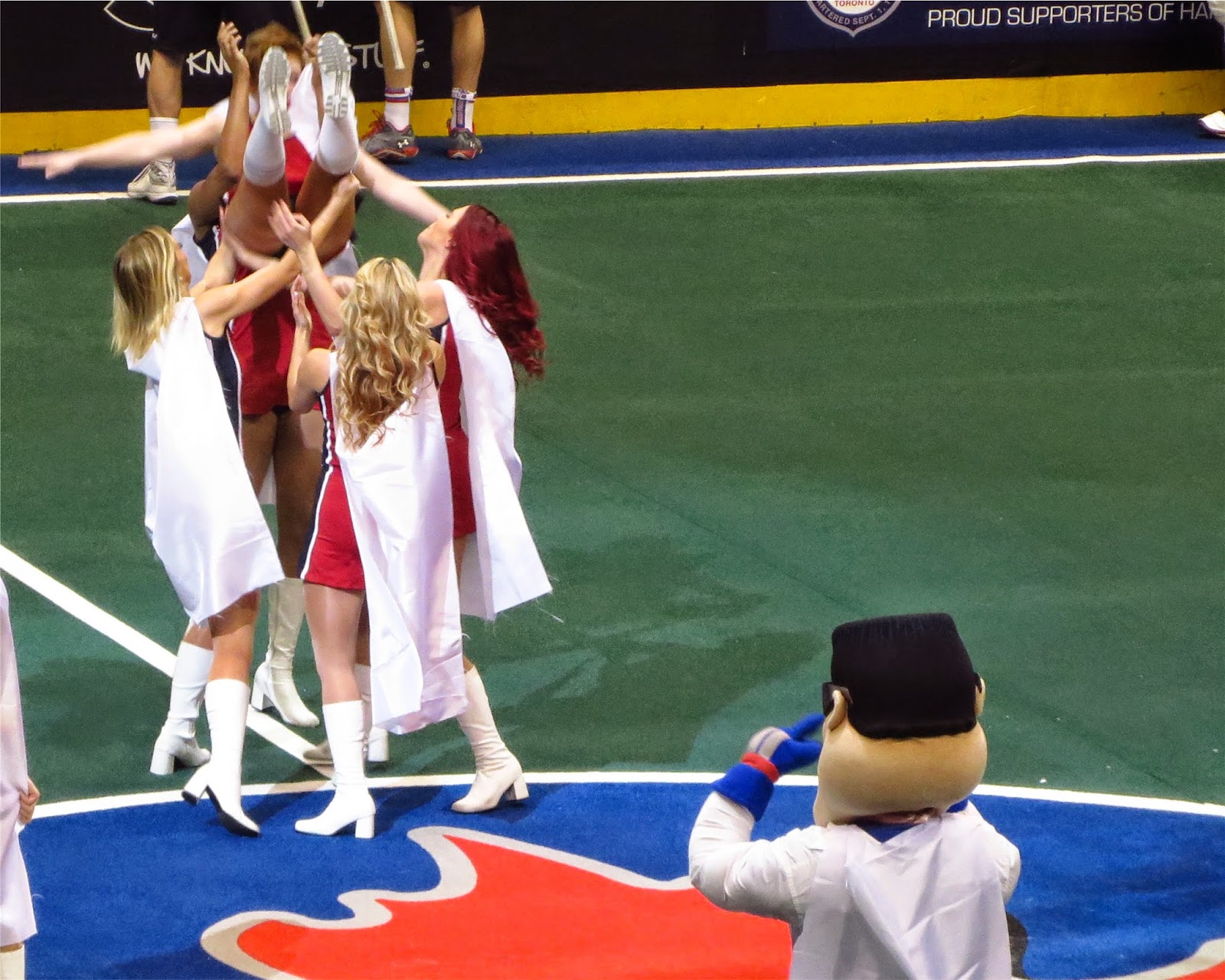 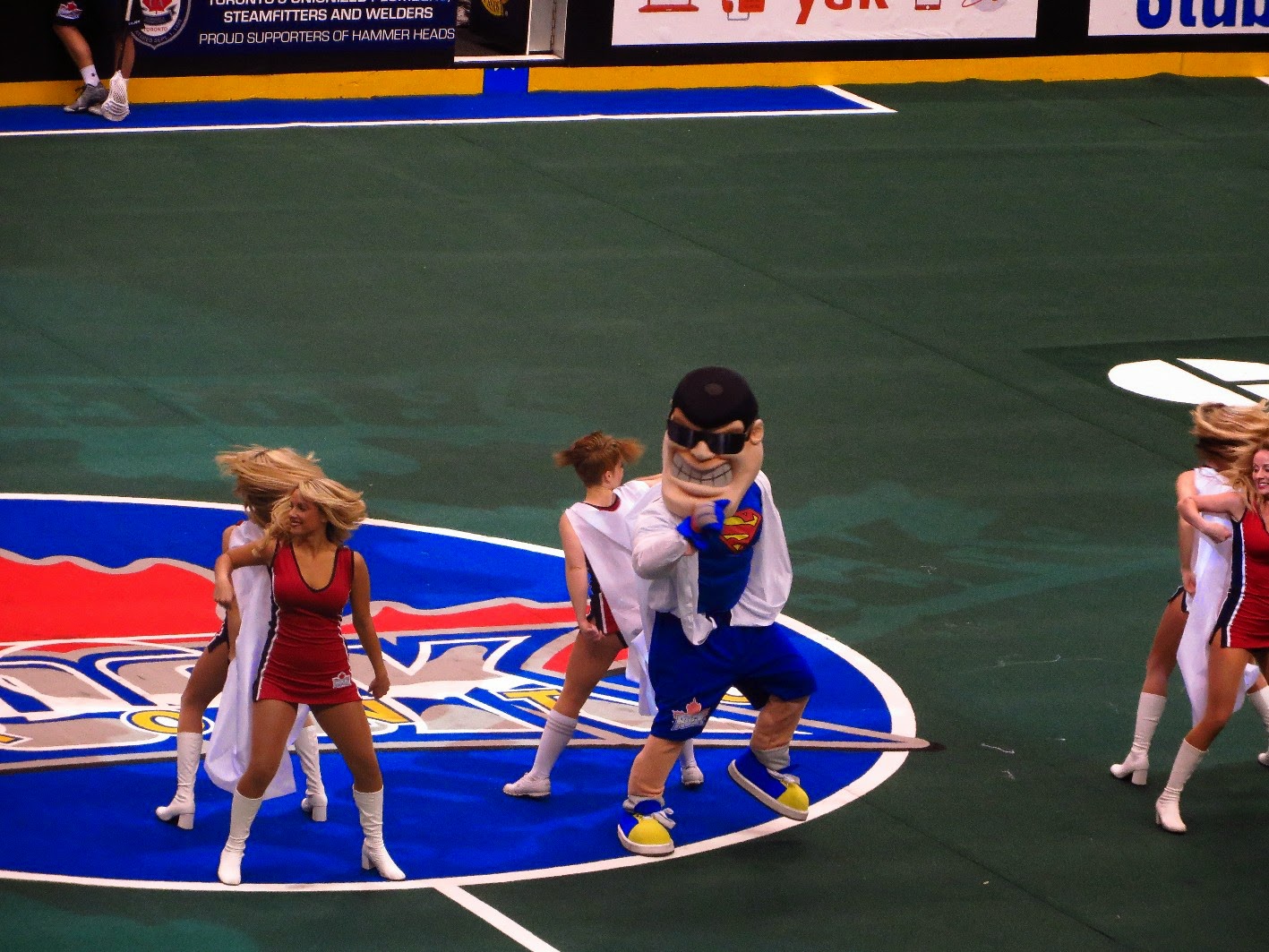 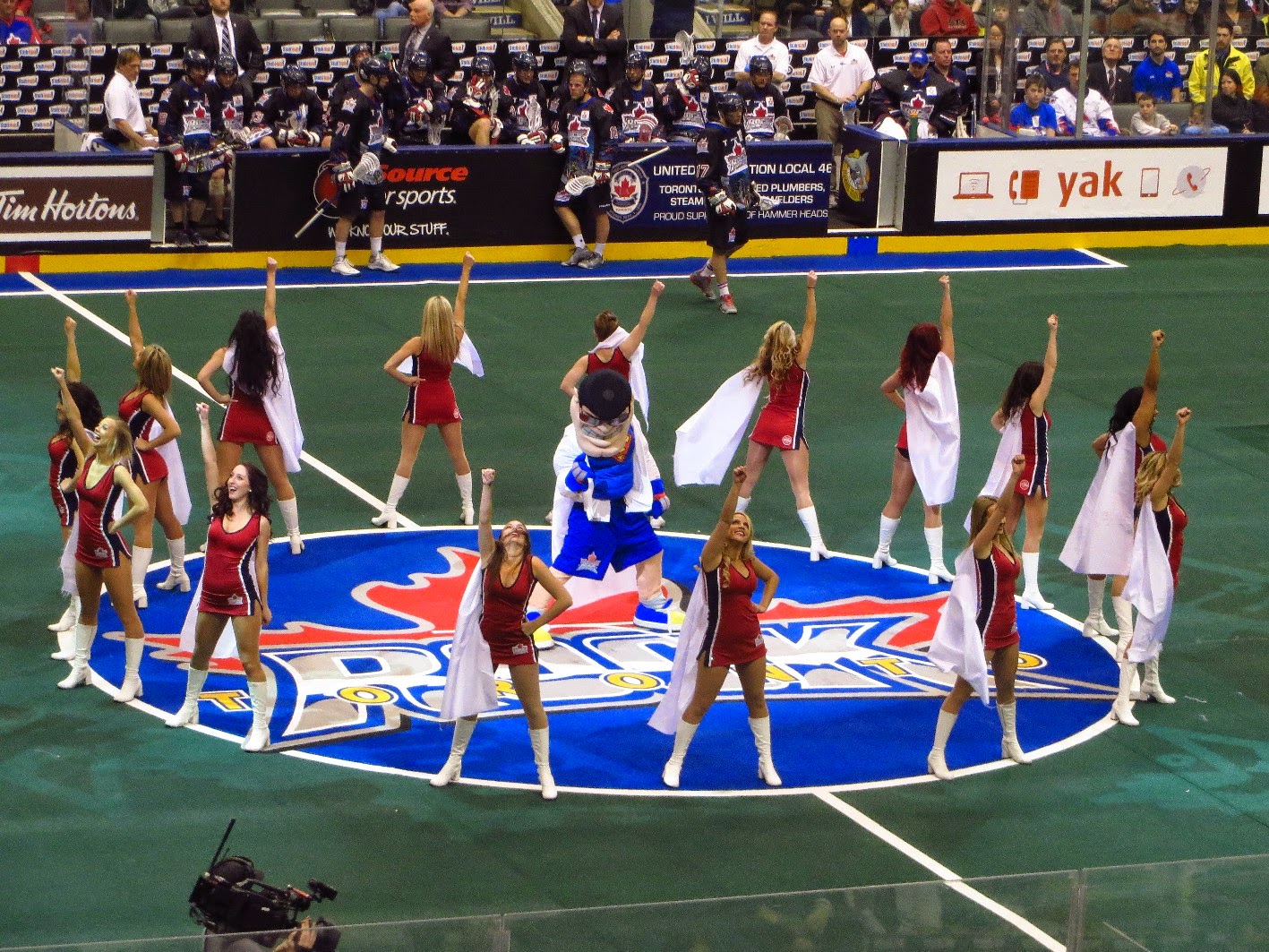 Tim and Gillian, who sit in front of us,  did not give up hope. 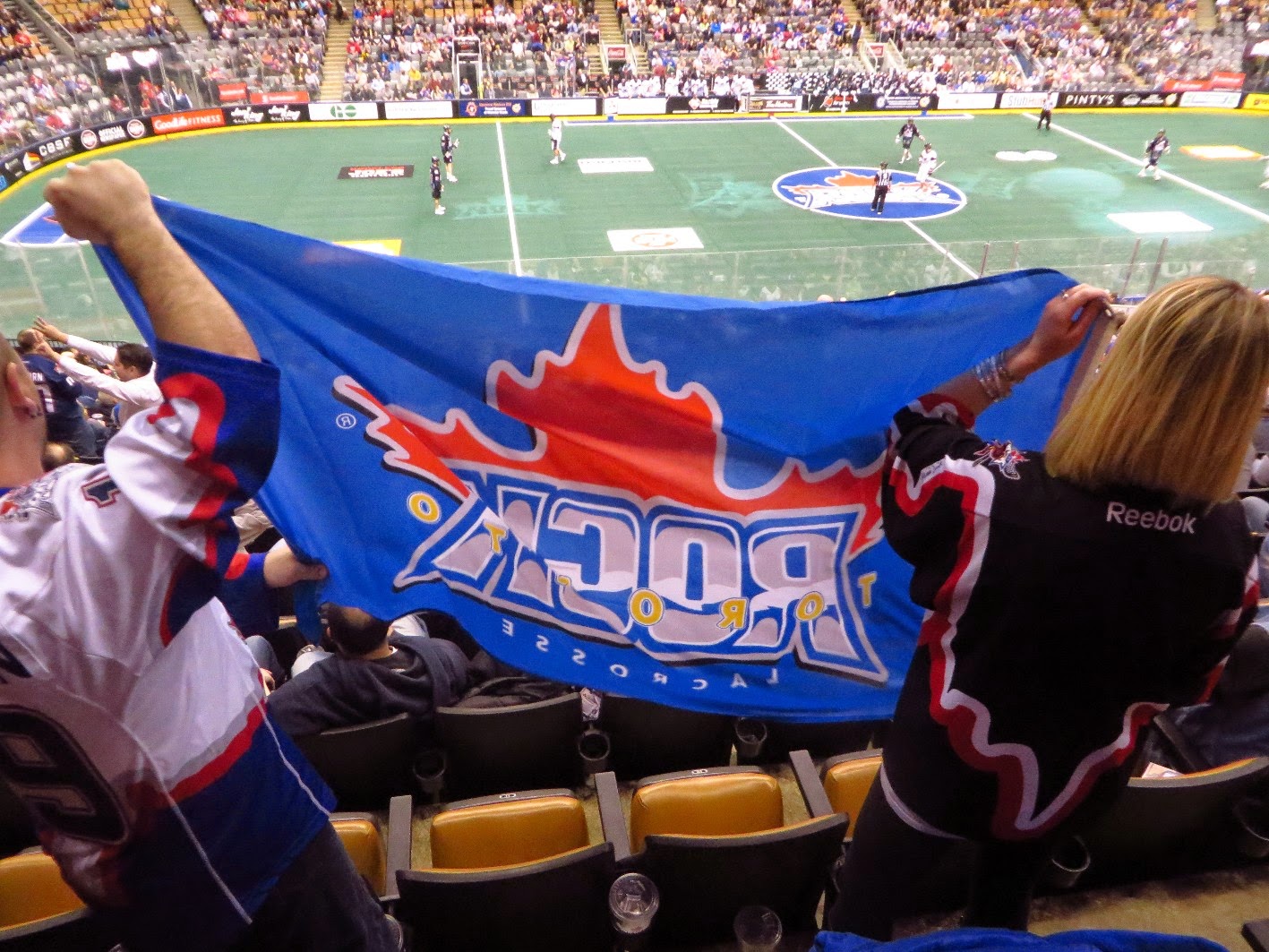 The rock chipped away and with 2:58 left in the game, tied it up with a Brett Hickey goal. Then  24 seconds later, went ahead 12-11. The Black Wolves pressed and tied the game with 1:08 left in regulation time.

One thing that was really going the Rock's way tonight was that they had scored early in all 4 quarters ... and they did it again. Just 40 seconds into overtime, Josh Sanderson put in the winner and was mobbed! 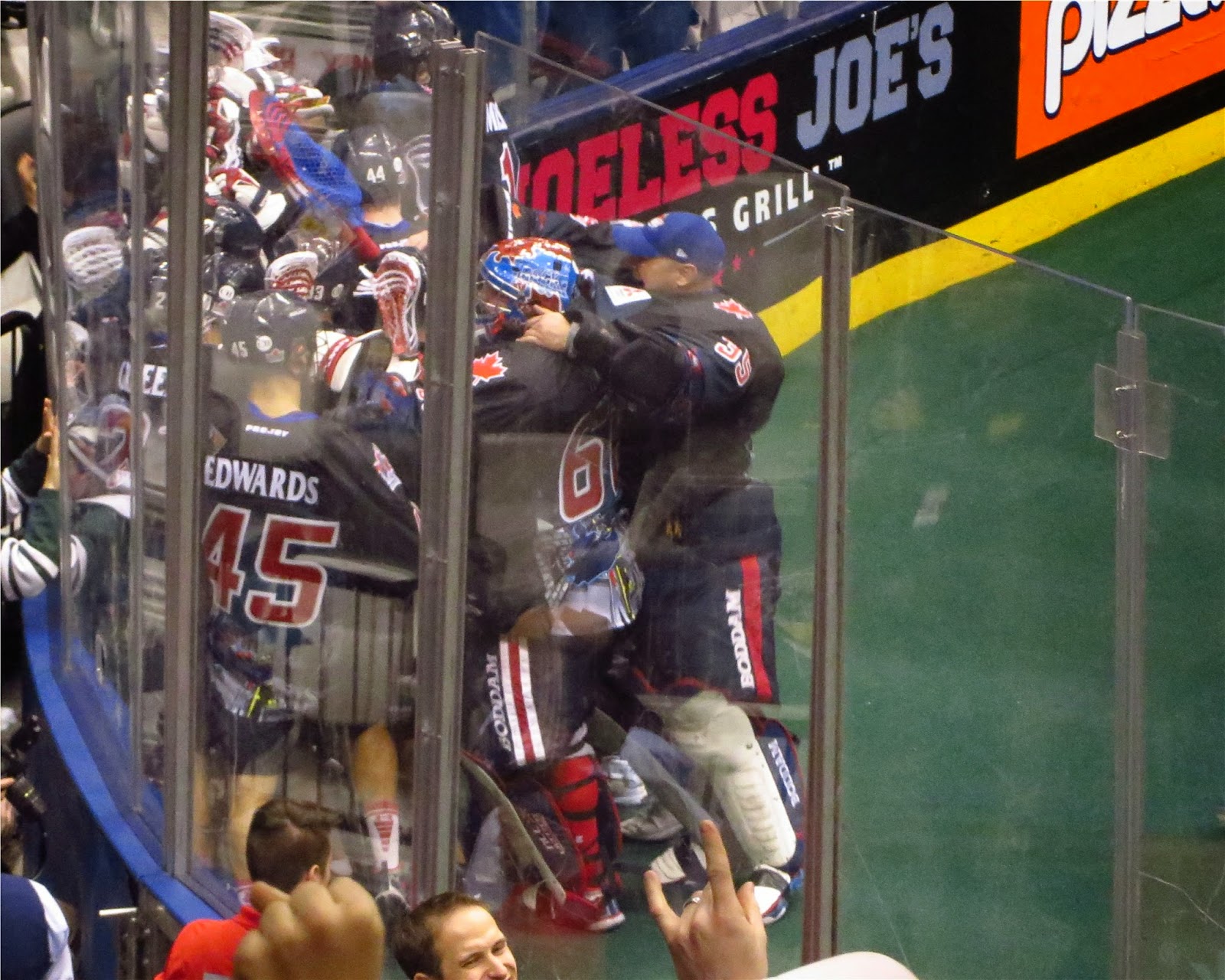 It was a fabulous game. The Rock never gave up. The fans were crazy during the last five minutes and overtime.

Teena and I really enjoy going to Rock games but this might be one of the best we have seen!
Posted by Swordsman at 22:00