Play - "Once" at the Ed Mirvish Theater 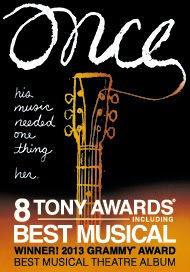 There was a United Way auction at work a couple of months ago and I had the winning bid for Once. I didn't realize it was the same day that we had a Toronto Rock game. Thankfully the game was night game and the play was a matinee.

Set in modern day Dublin, ONCE is the story of a Guy who gave up on his music—and his love—and the Girl who inspired him to dream again. This irresistibly breathtaking production is performed by an extraordinary all-Canadian cast of actor-musicians who sing, dance and play their hearts out live on stage. Directed and choreographed by the brilliant team of Tony Award winner John Tiffany and Steven Hoggett,

ONCE will dazzle you with its originality, wit and unforgettable music. Featuring all of the magical songs from the critically-acclaimed film, including the Oscar-winning "Falling Slowly," this achingly beautiful, joyously uplifting show draws you in from the very first note, and never lets you go. Everyone's falling for ONCE…come and find out why.

If you go, go early as you can go onto the stage which is set up as an Irish pub, complete with an open bar where you can order and have drink. We went up at intermission and the setup of the stage is very interesting and the view up into the audience spectacular.

Once is a musical but really not in the traditional sense. First off, there is no orchestra in the pit. All the music is live onstage. I really enjoyed how a song would start, then one instrument would come in from a cast member, then another and suddenly, there was a full sound. Ian Lake in the lead role as the "Guy" was fabulous. Not only could he act but he has such a great voice. The music in the play really suited him. 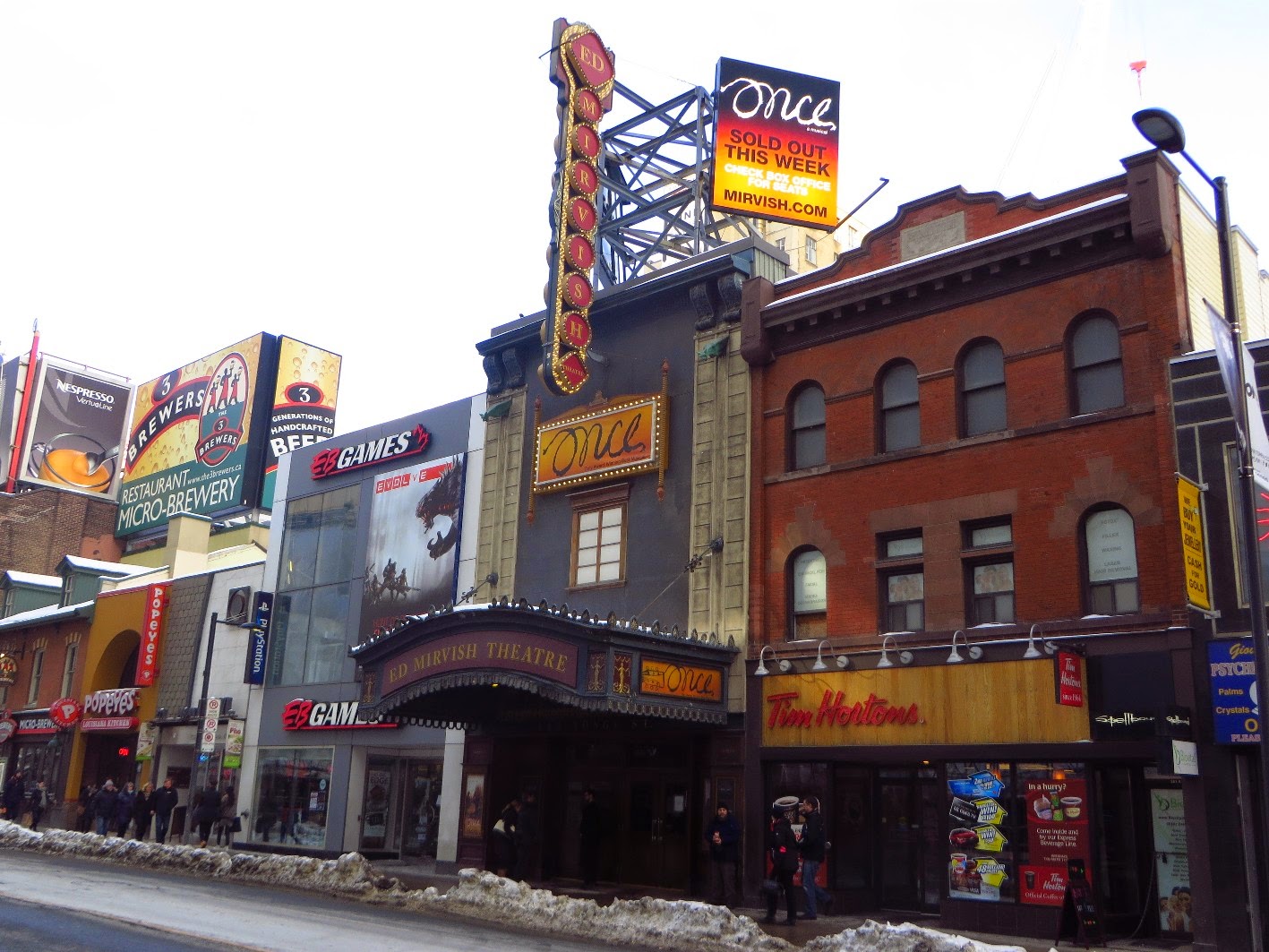 The first act was good but not great. It had lots of great tunes and did a decent job of introducing the characters to us but really didn't do much else. The second act really was the whole play and makes up for everything the first act lacked.

In the first act, I was watching a play. In the second act, I was very involved with it. The second act brings everything to the table that theater should offer. There were three standing ovations and I heard so many people around us say what a fabulous play it was.

I was doing the same.

Teena gives it a 7/10. I give it an 8/10, only because the first act was a little lacking. If I was asked to judge it solely on the second act, I would give it a 10. Any play that can affect me they way it did, deserves it!
Posted by Swordsman at 16:30