My February Beer of the Month Delivery 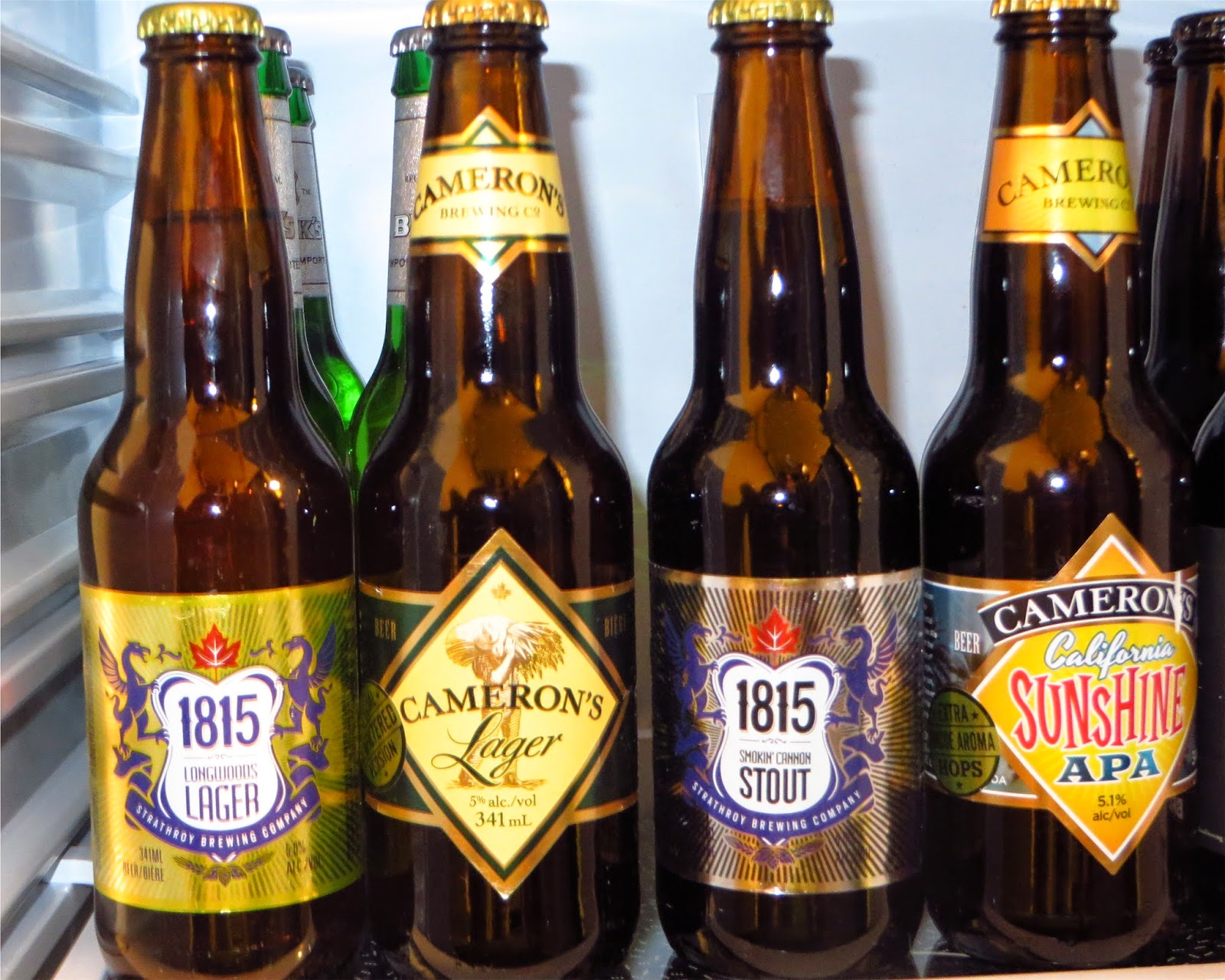 Yesterday my February Beer of the Month Box arrived. Unfortunately nobody was home at the time so it was sent to the post office. Teena swung by on the way home and picked it up for me. Thanks, Honey!

As usual, there is a great selection of beer, and this month's package hit a rare craving of mine, one for a lager. Cameron's Brewing Company featured three of their Special Edition Lagers and the Strathroy Brewing Company matched with three bottles of their 1815 Longwoods Lager.

Both breweries also had three each of another style beer. Strathroy's is their 1815 Smokin' Cannon Stout and there is a California Sunshine APA from Cameron's.

I'm looking forward to trying them all.
Posted by Swordsman at 19:52