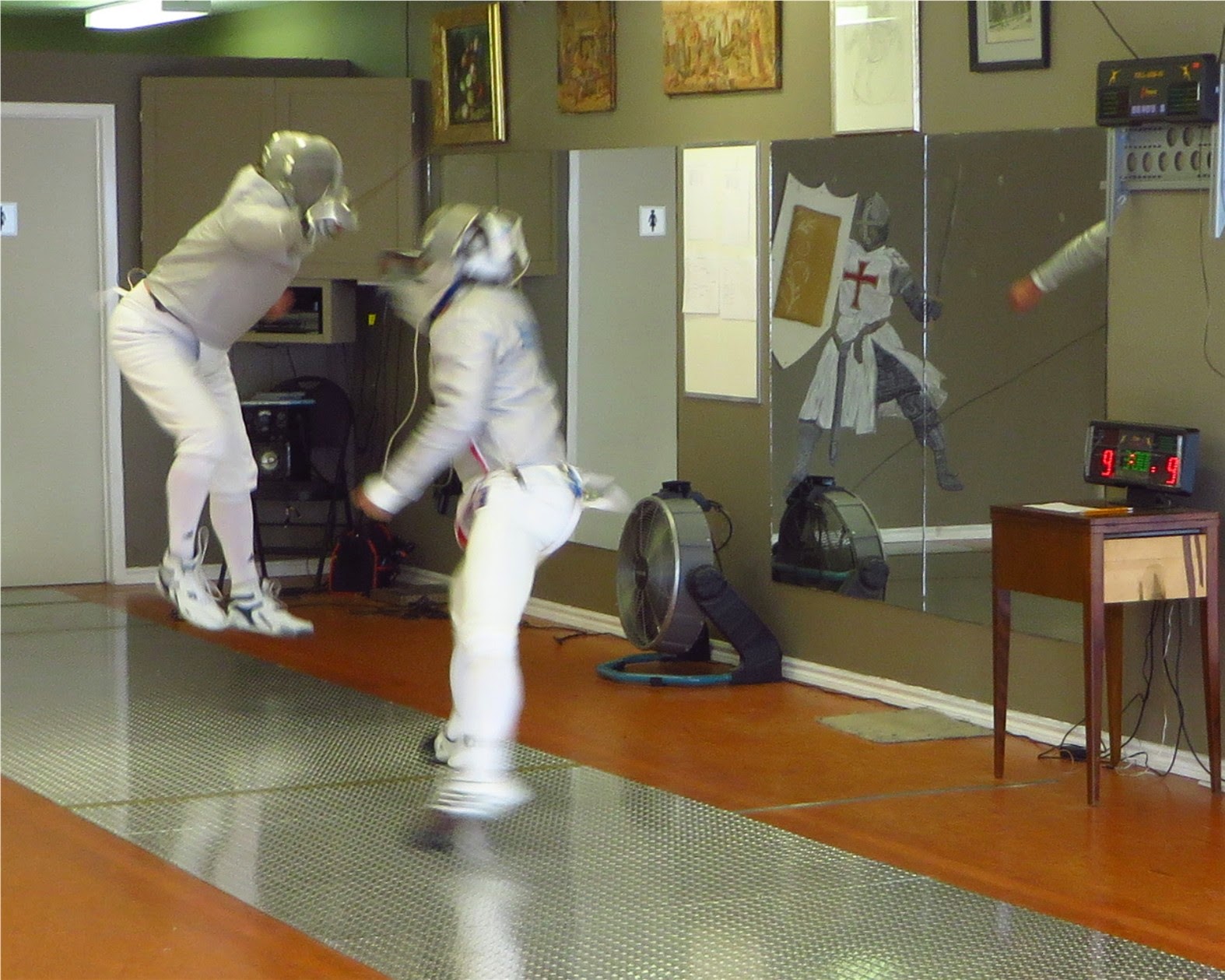 Today I fenced in the Veterans Sabre tournament at the K-Town Veterans Challenge at the Kingston Fencing Club. It's one of my favorite tournaments of the year. There is a good comradery among all the fencers, which makes it a good time. It's all fun until you're one-on-one on the piste (fencing strip) facing your opponent.

I arrived at the club when the final few matches of the foil competition was finishing up. 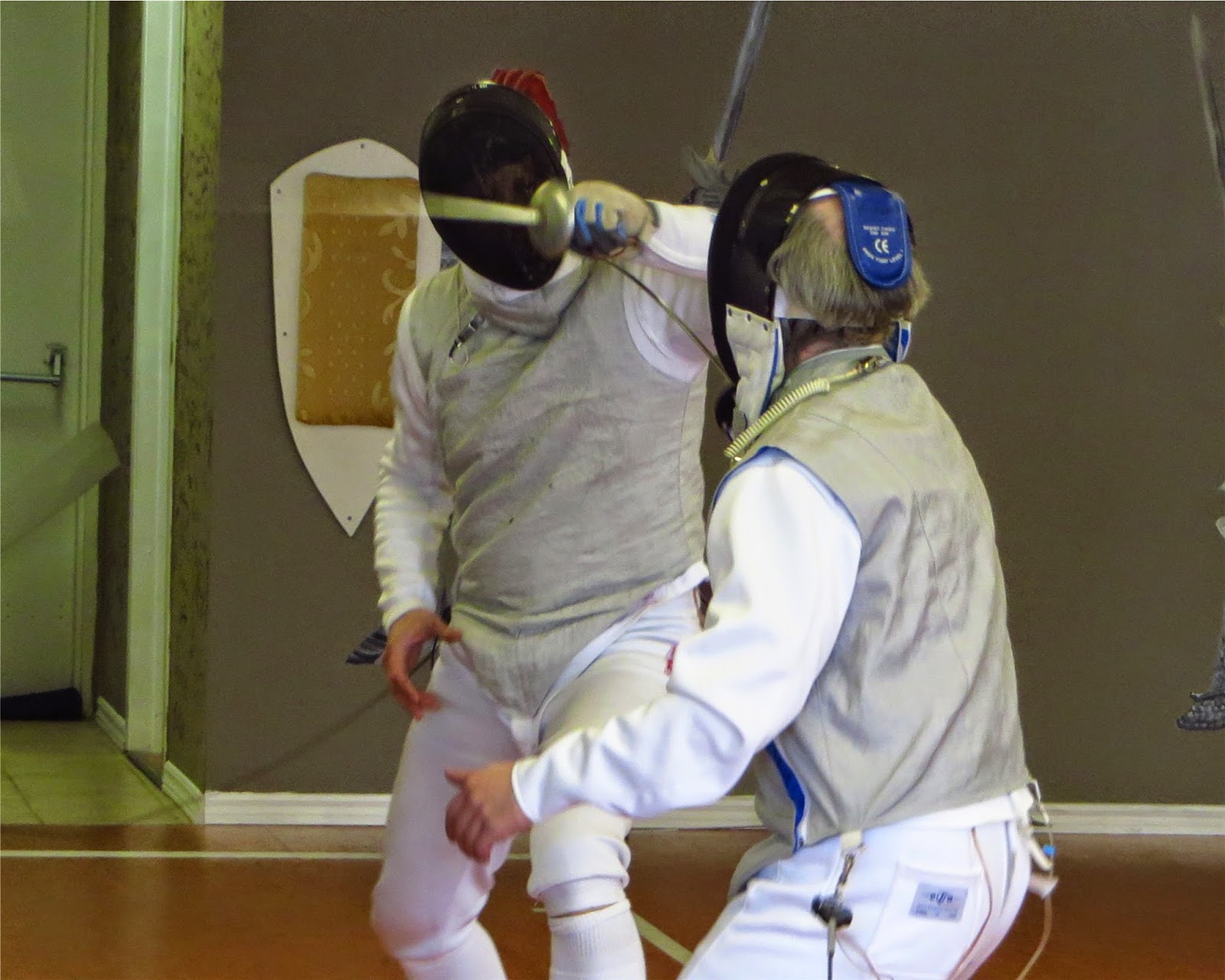 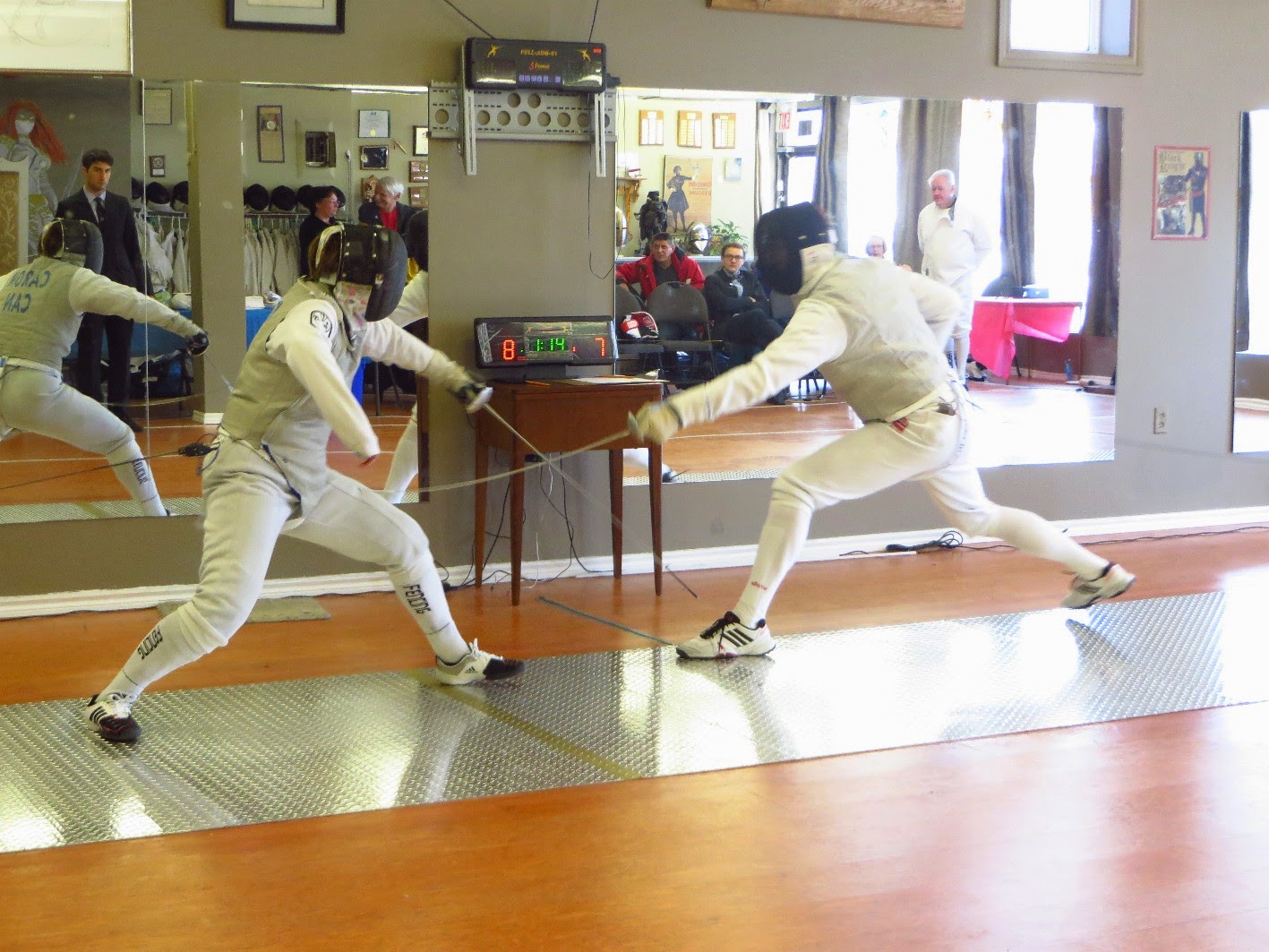 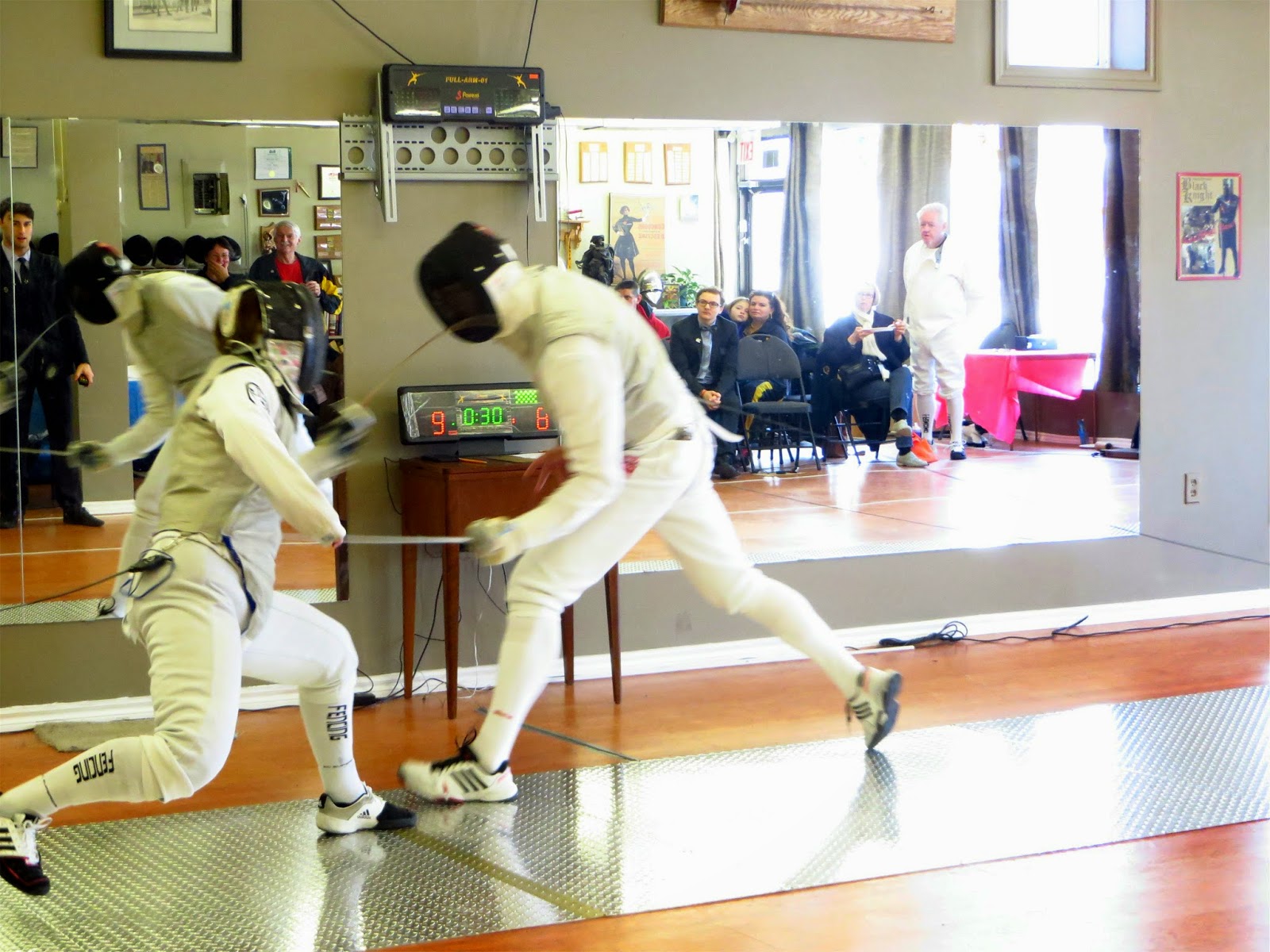 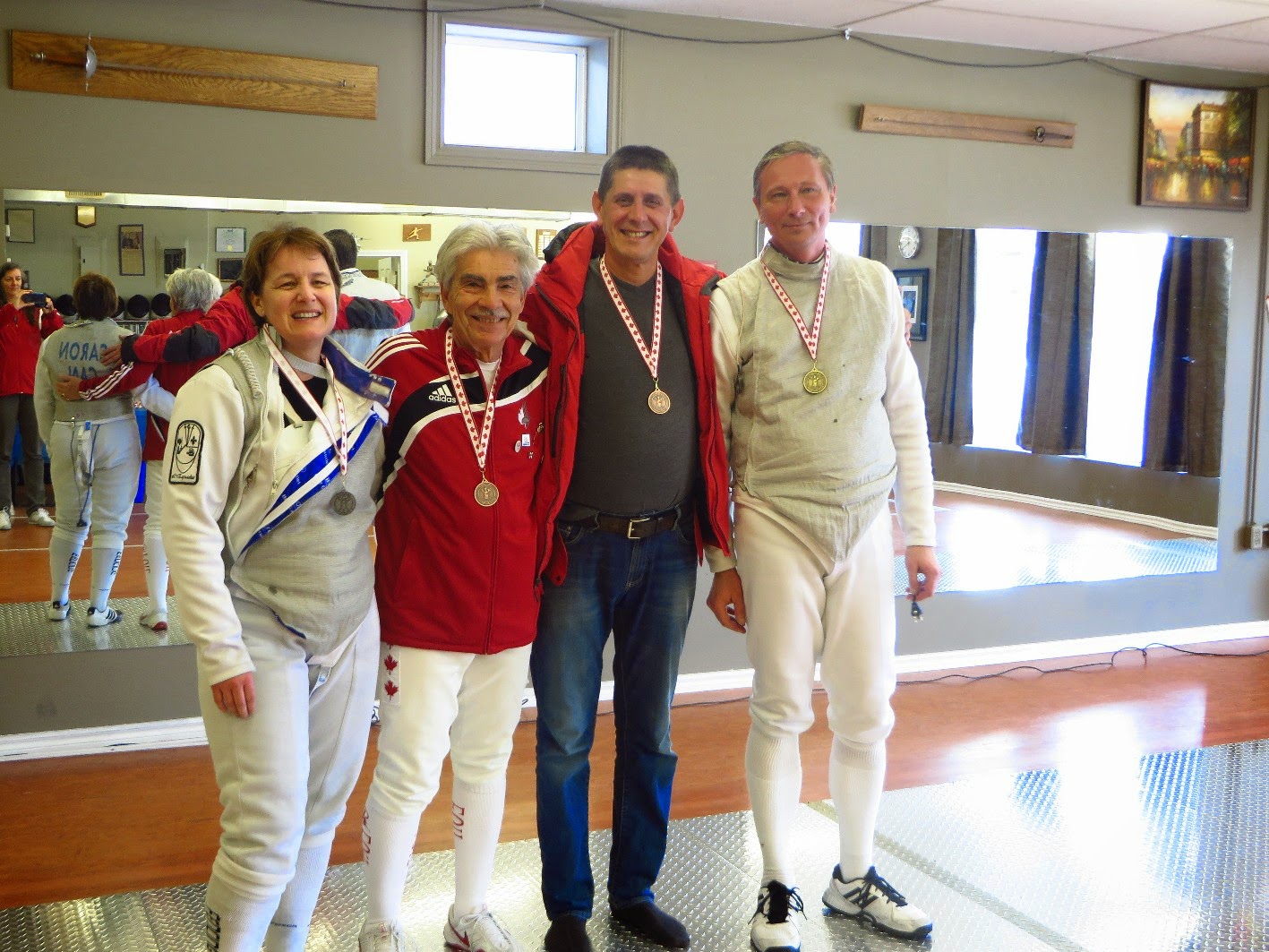 Henk, who owns the club, has an interesting collection of fencing gear including old fencing masks. I feel much more protected in what we wear now! 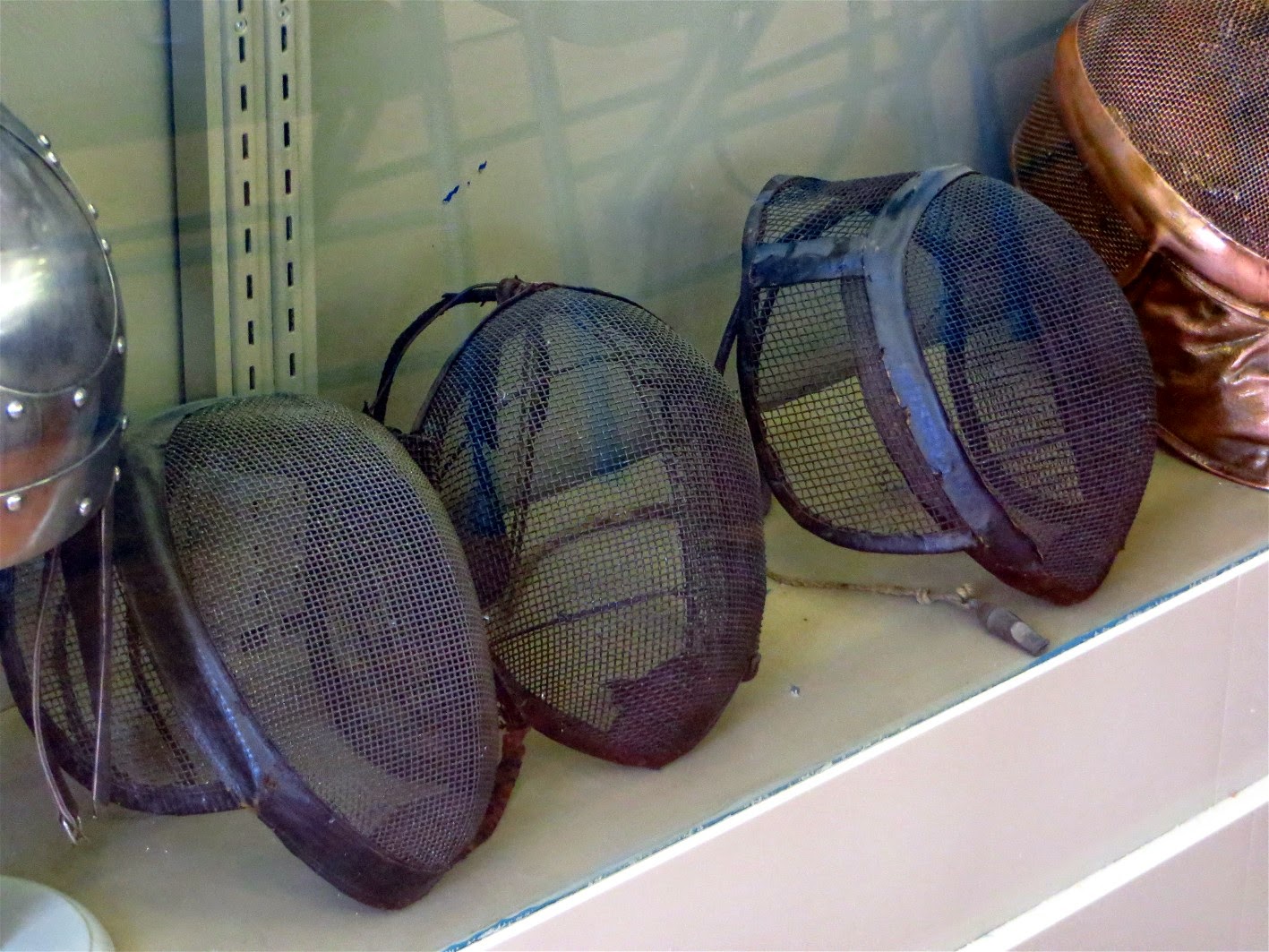 The old battle helmets are interesting. 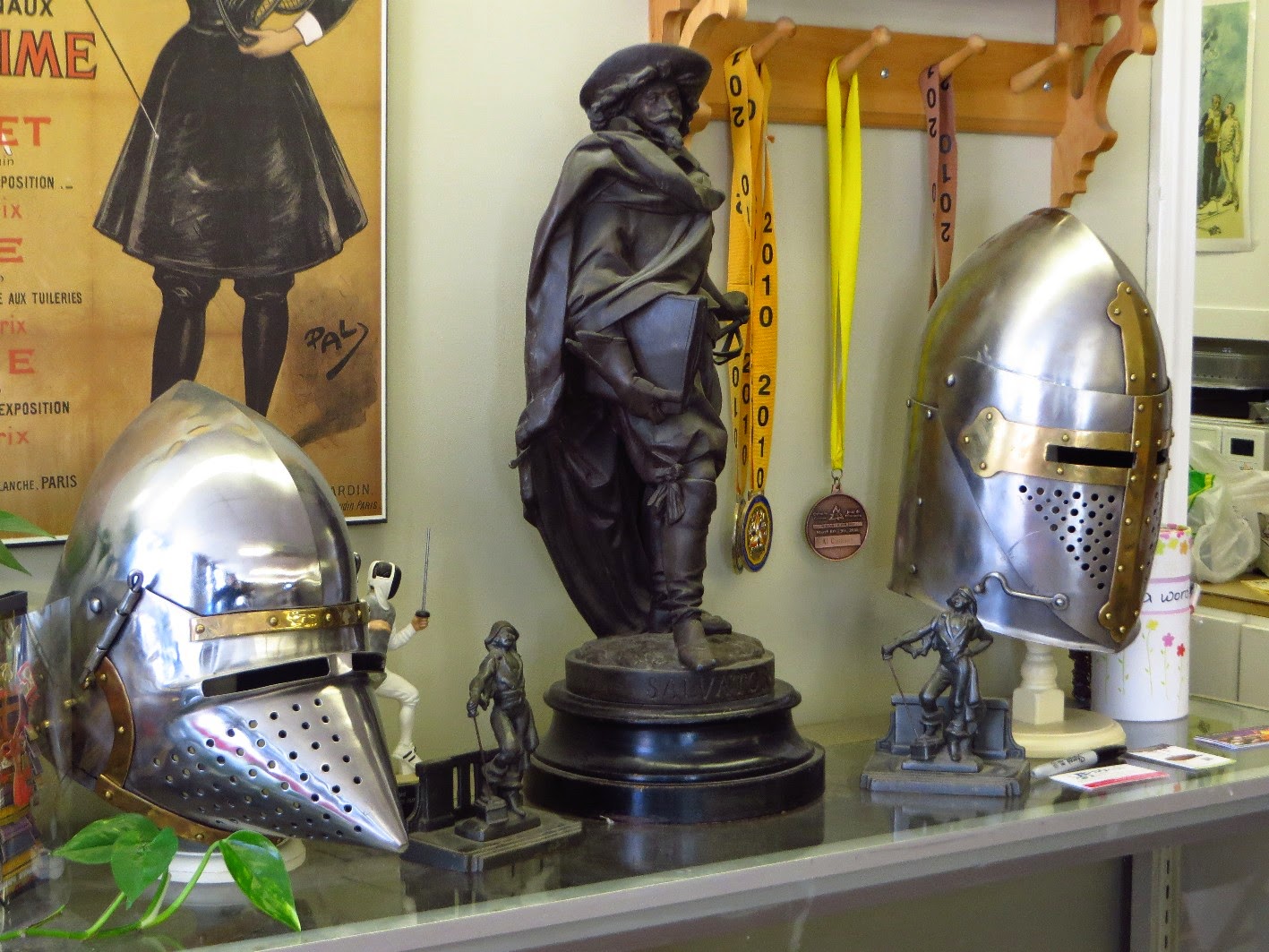 After the foil, my event, sabre, was up. It's my first tournament since returning back to the sport a month ago. There were nine of us entered. 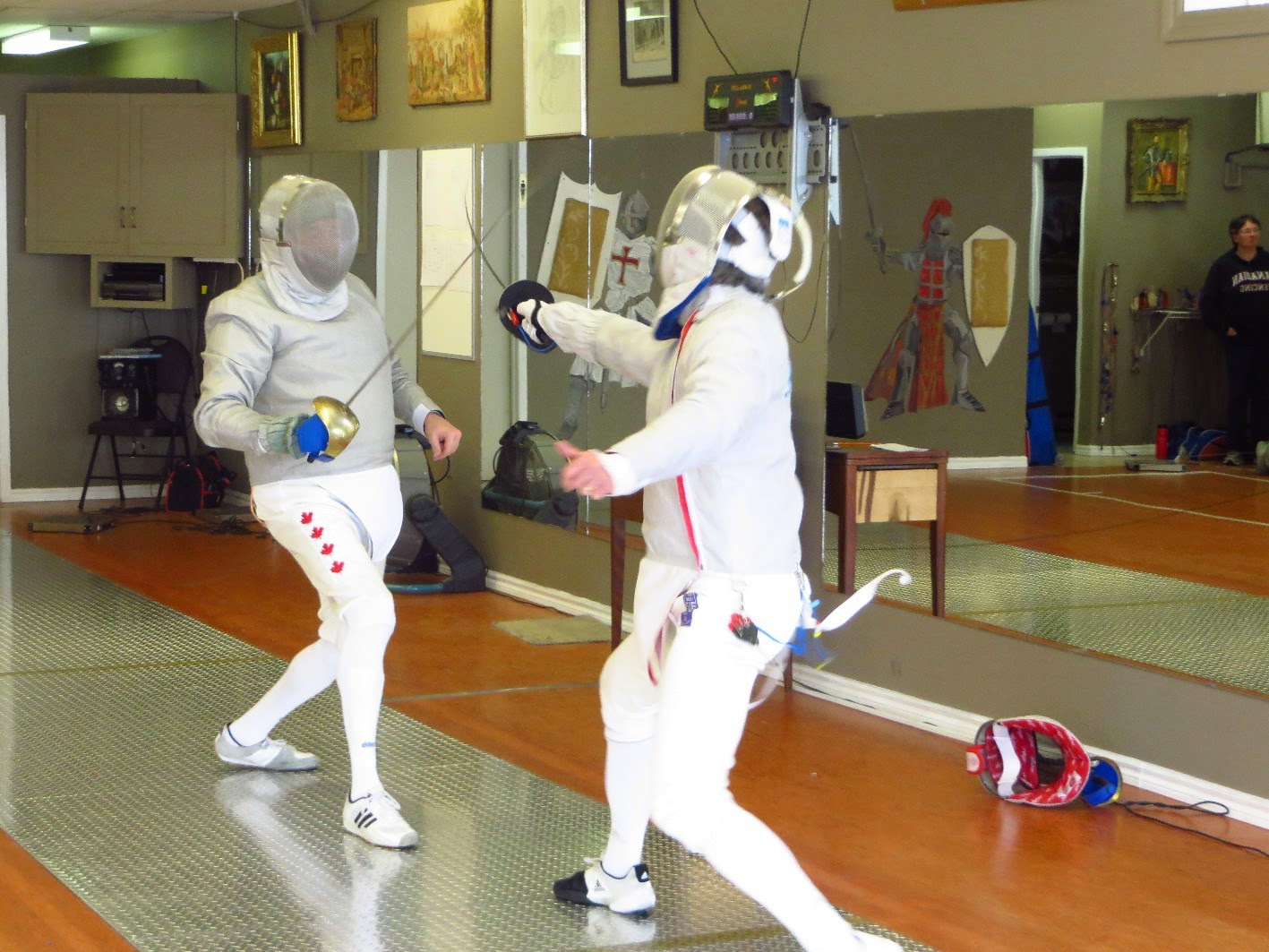 I went through the pools with a 5-3 record and at the end felt that although I was not fencing great, I was feeling mostly good about how I improved as the day went on. Distance from you to the attacker is so important in fencing and I was on my game in that regard. I finished the pools in 4th place. 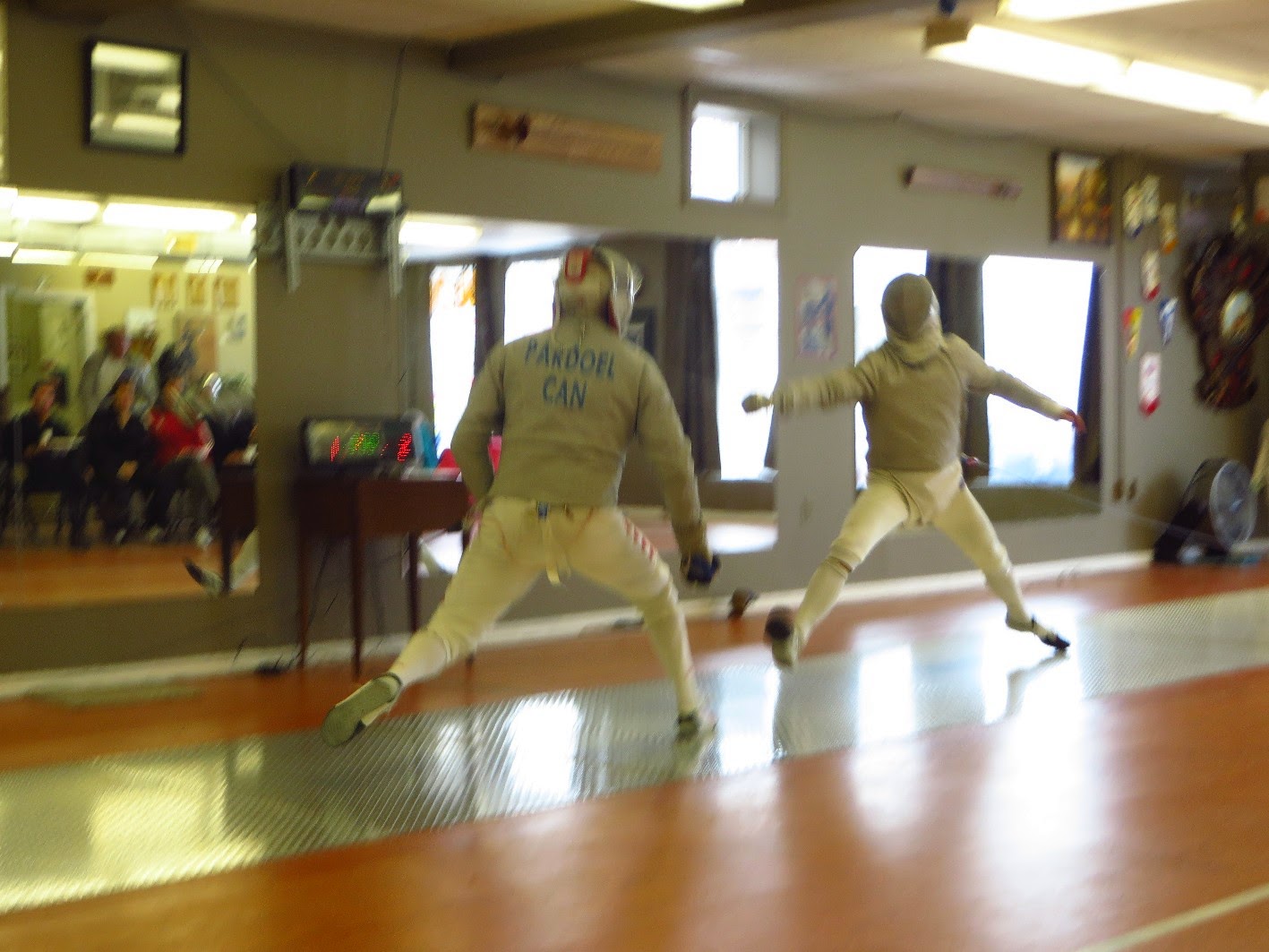 In my elimination match, though, my game fell apart. I was against Bill, who I felt I could beat. During the match I saw a way that I could score on him. There was one problem, though, and afterwards I recalled a comment made to me after a match by my old coach Jim. "Excellent strategy, lousy execution!" 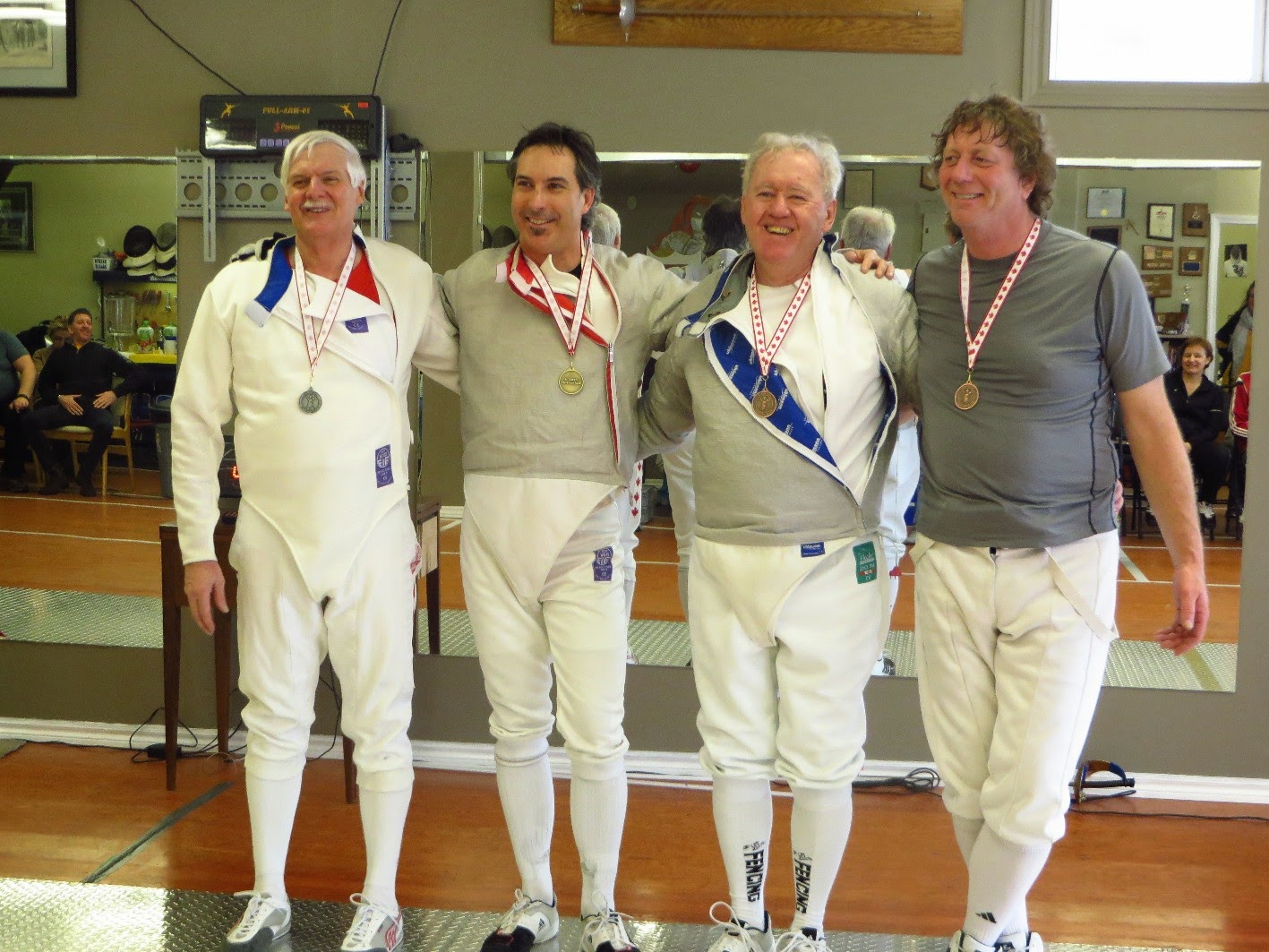 And the Master at Arms winners for the weekend for all three weapons was won by Doug for the men and Evelyn for the women. 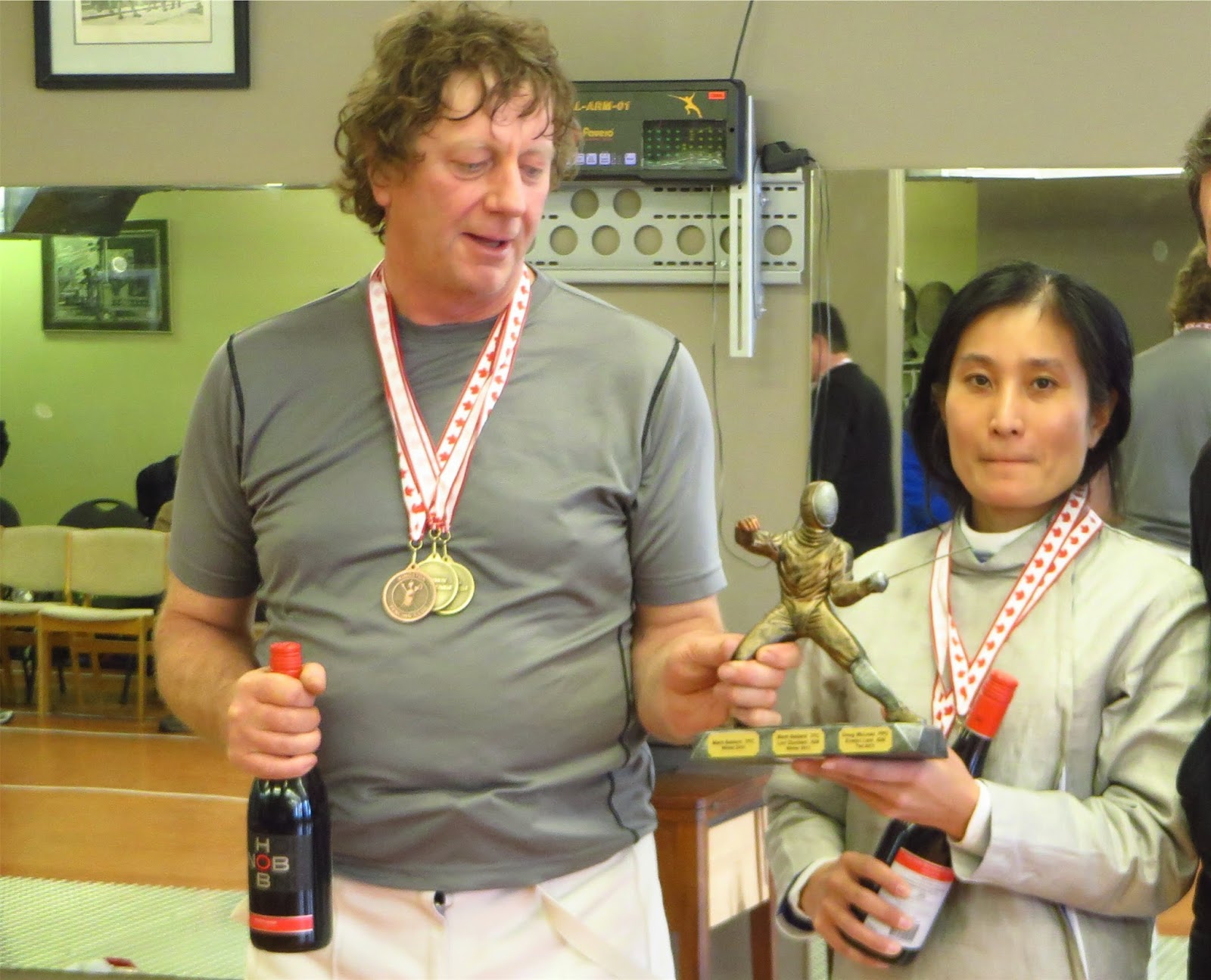 I had a great weekend, met people I haven`t seen for a long while and some great new people. Henk, any time  your putting on a tournament, I`ll be there!
Posted by Swordsman at 15:00

Wonderful article, Which you have shared here about the fencing. Your article is very interesting and I am impressed by the details that you have shared in this post. Thank you for sharing this article here. London Fencing Club