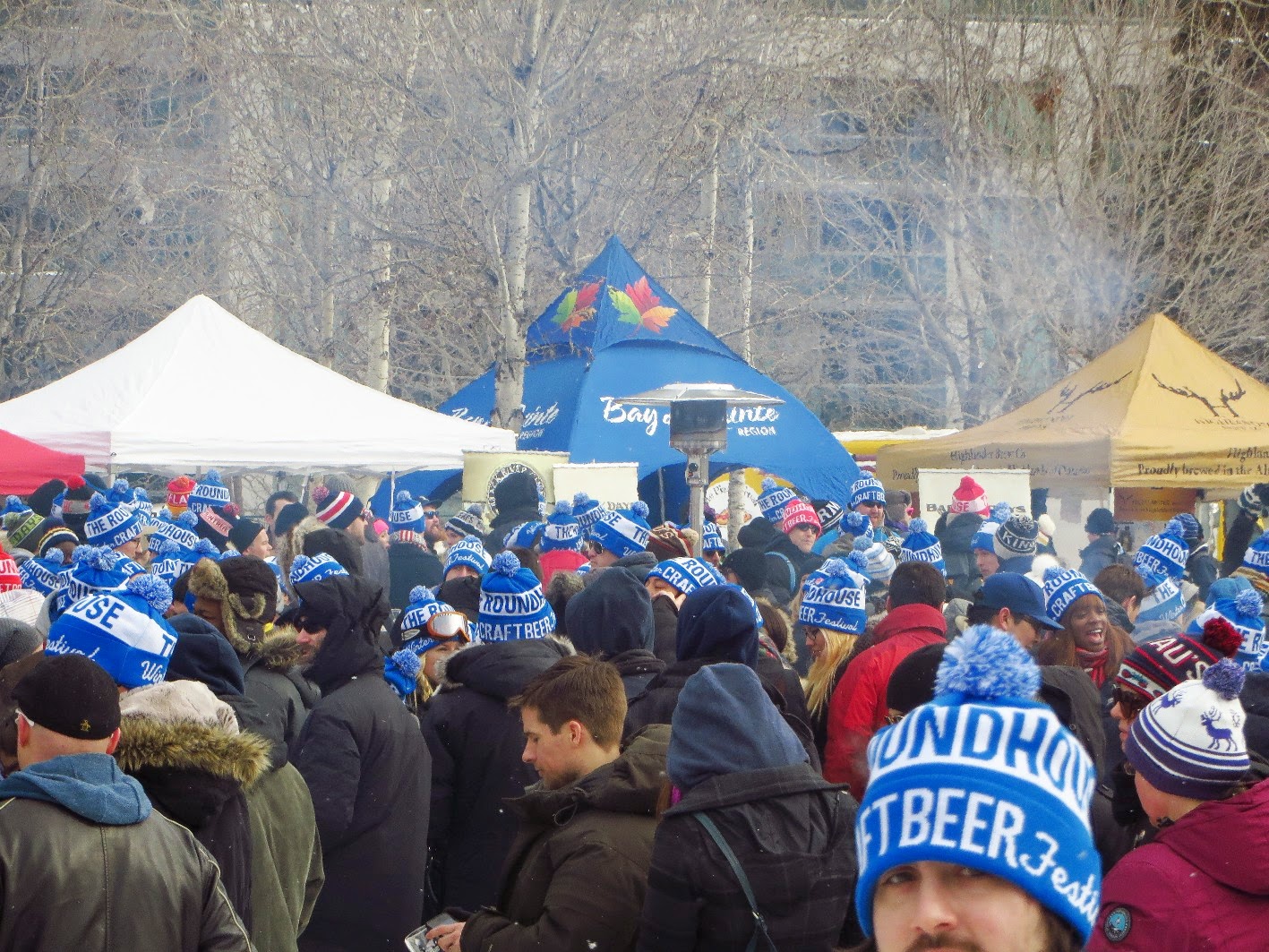 You have to feel really Canadian when you are standing in the snow and the cold and having a beer.

Today was the second annual Roundhouse Winter Craft Beer Festival held at Roundhouse Park just outside of Steam Whistle Brewing. Proceeds from the festival go to the Toronto Railway Museum.

The line-up to get in made me wonder how crowded the place would be. 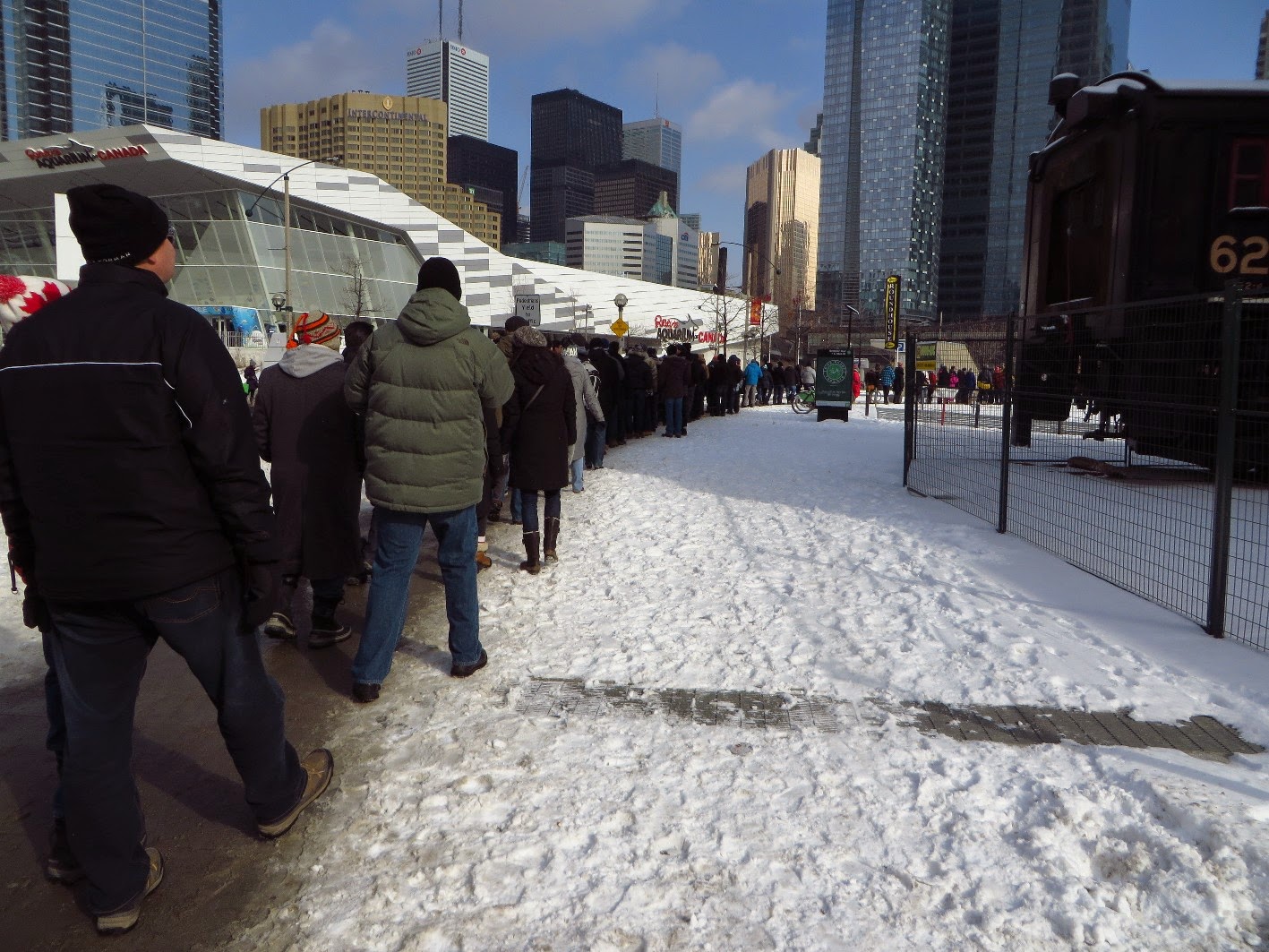 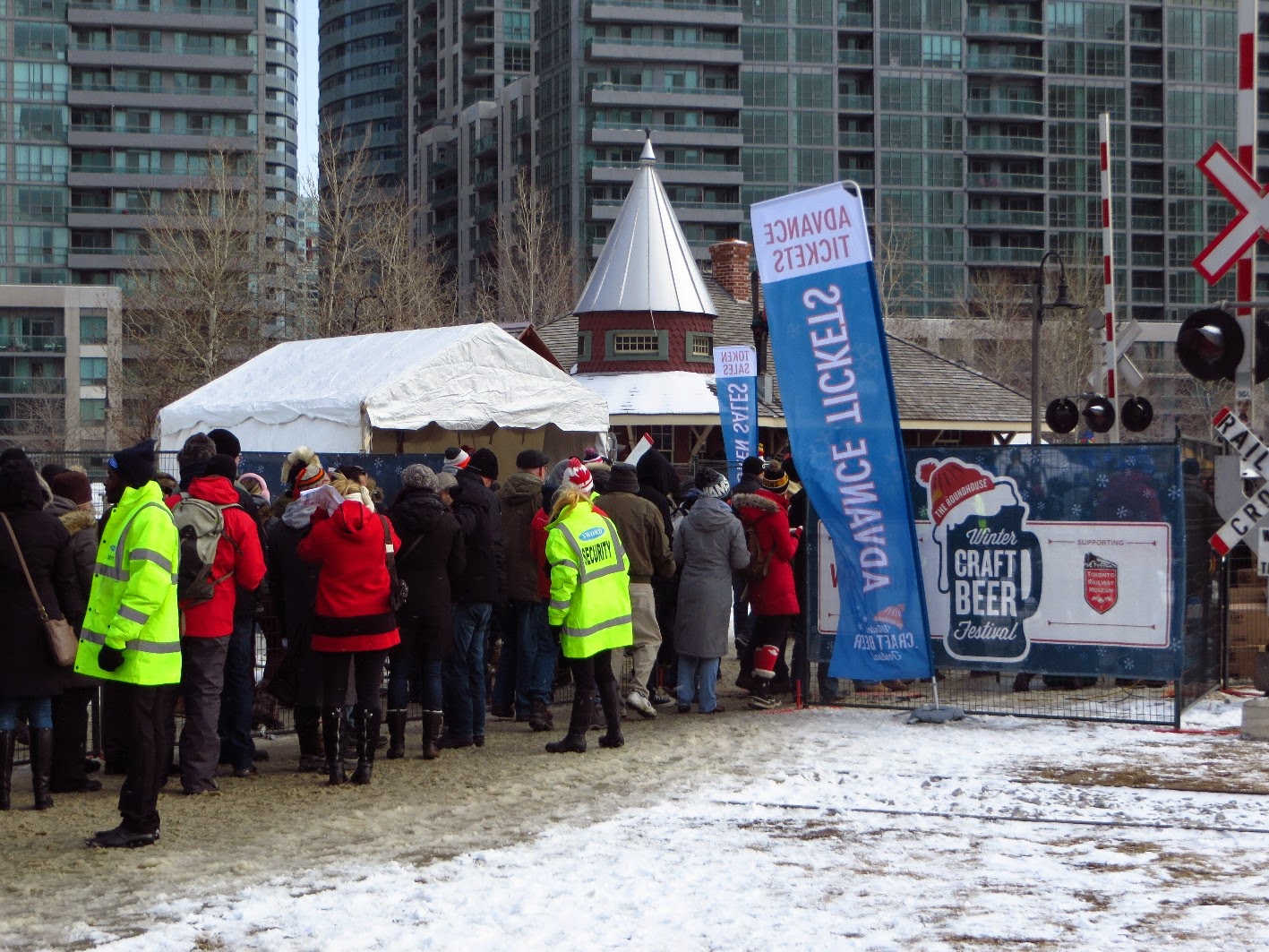 Although the place was packed, there were no unusually long line ups for beer. I will say there could have been more washrooms as there was always a huge lineup for them but that would be my only complaint of the day. The rest was very well organized. 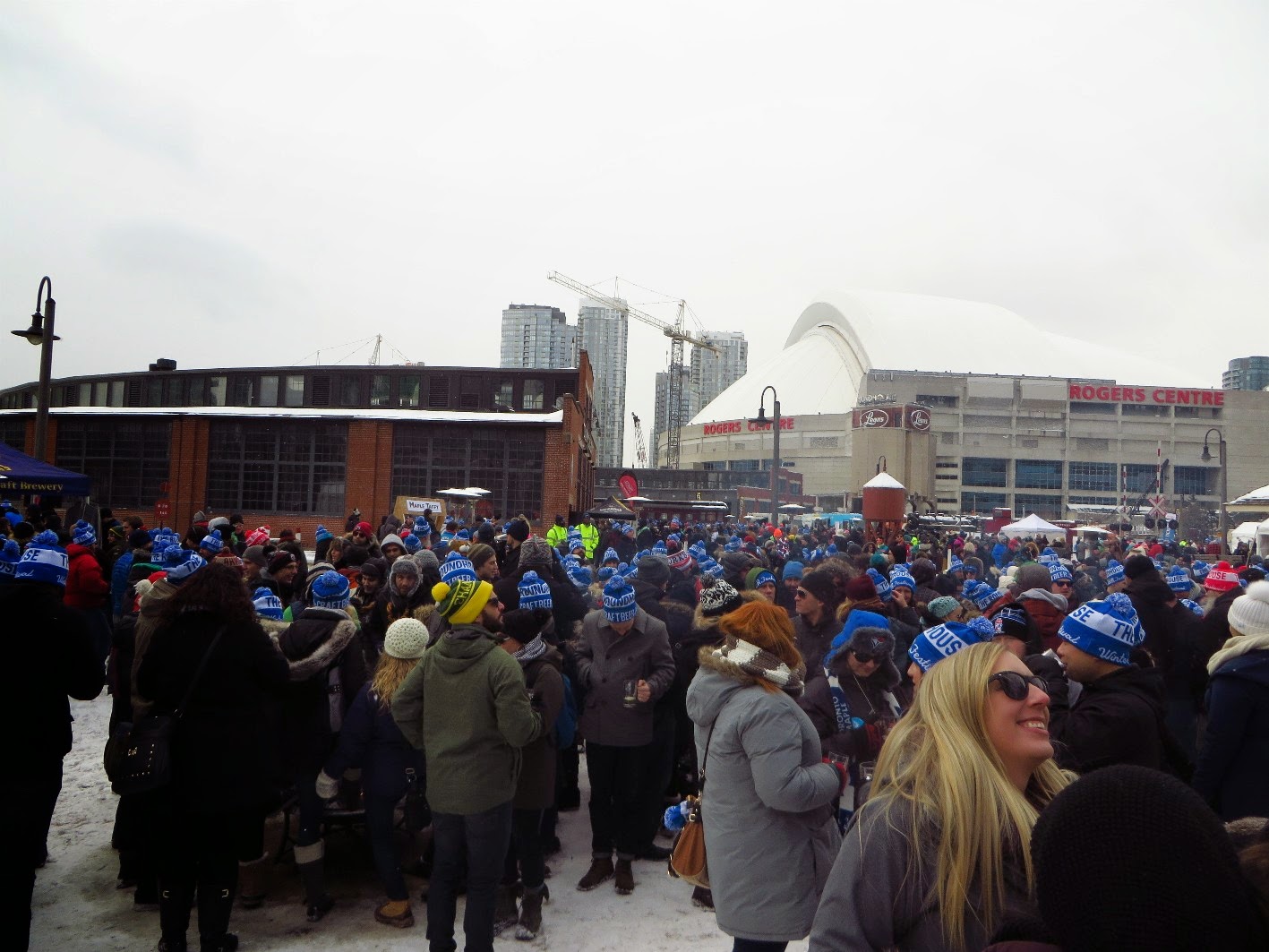 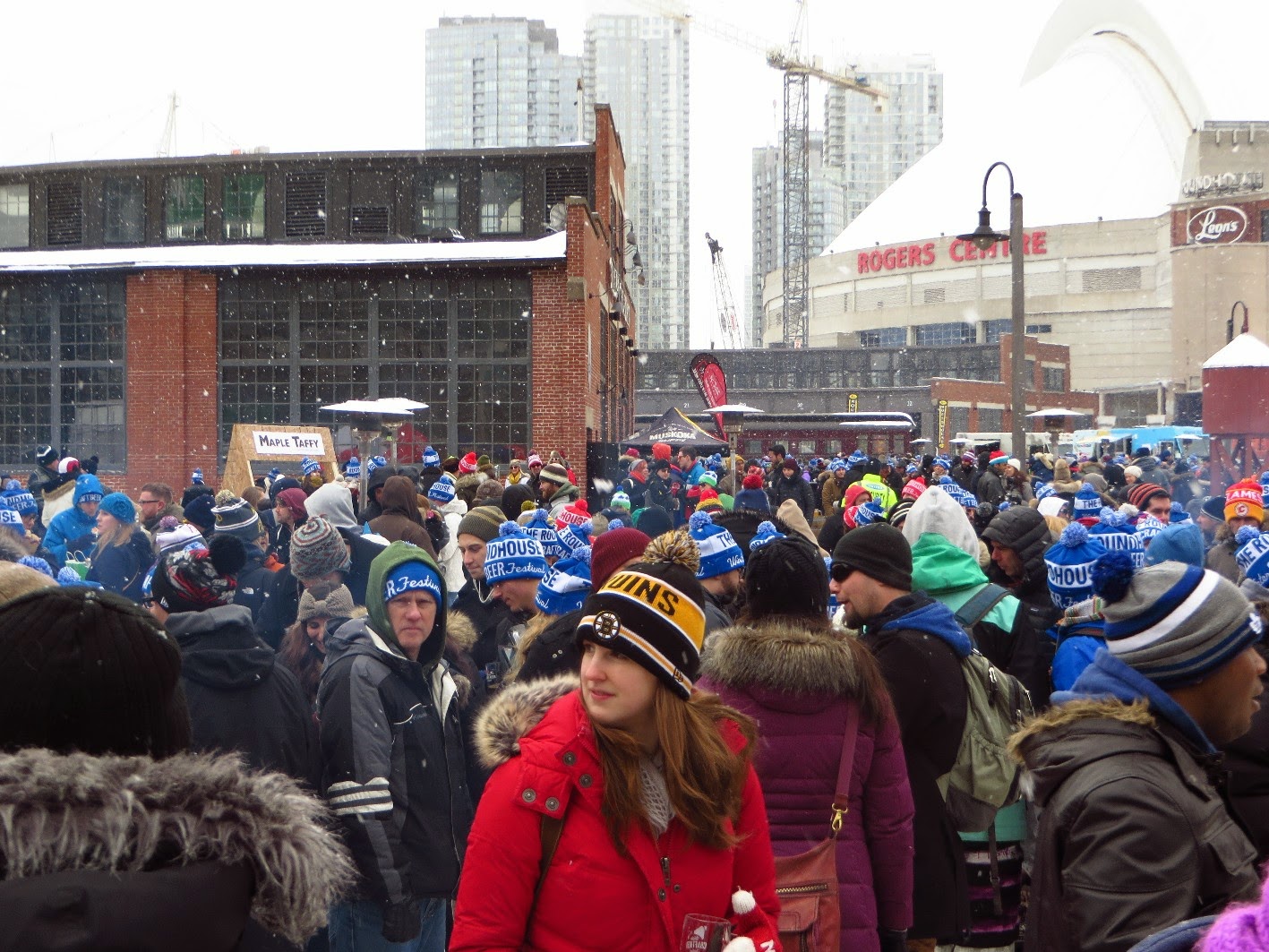 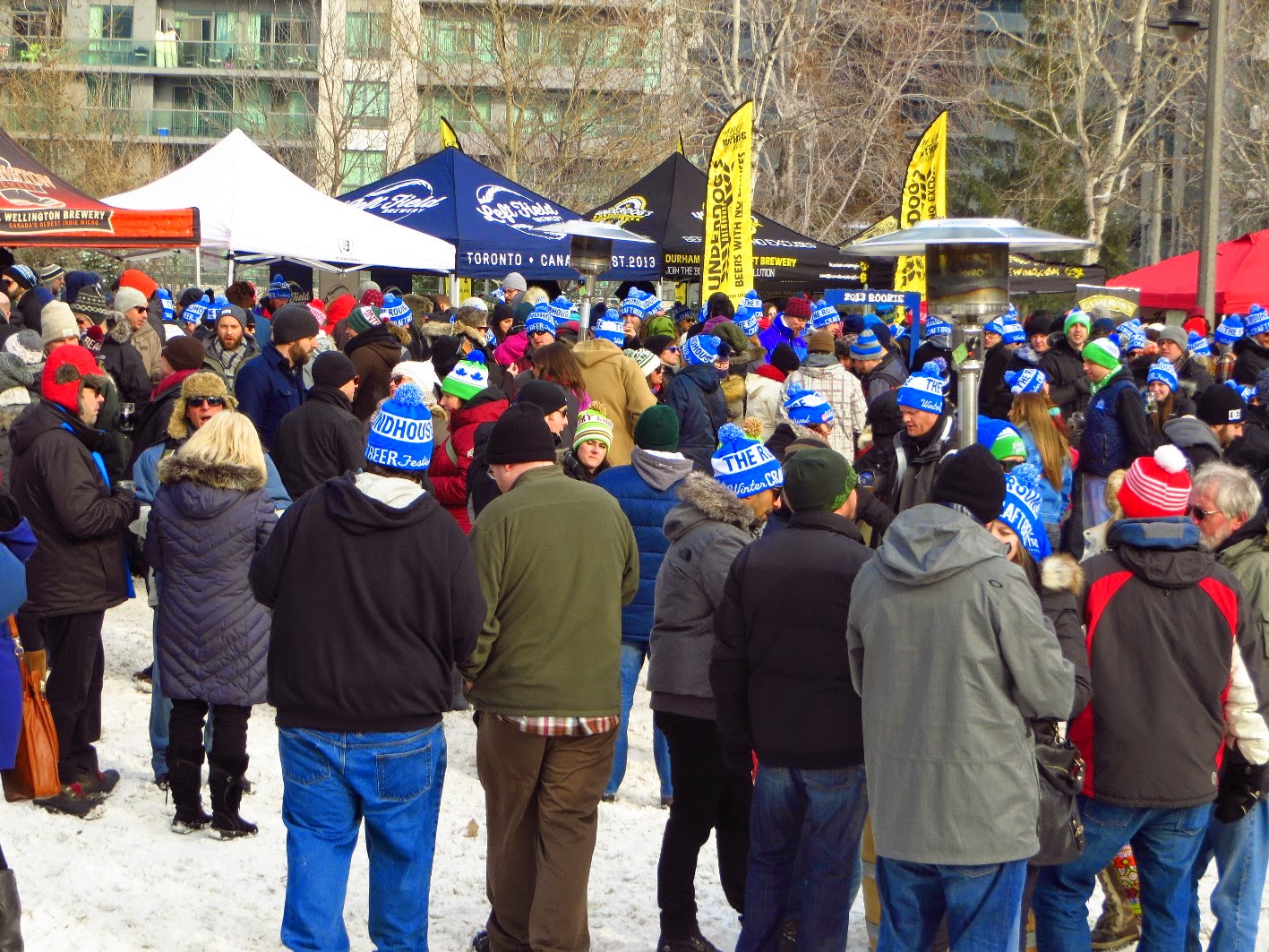 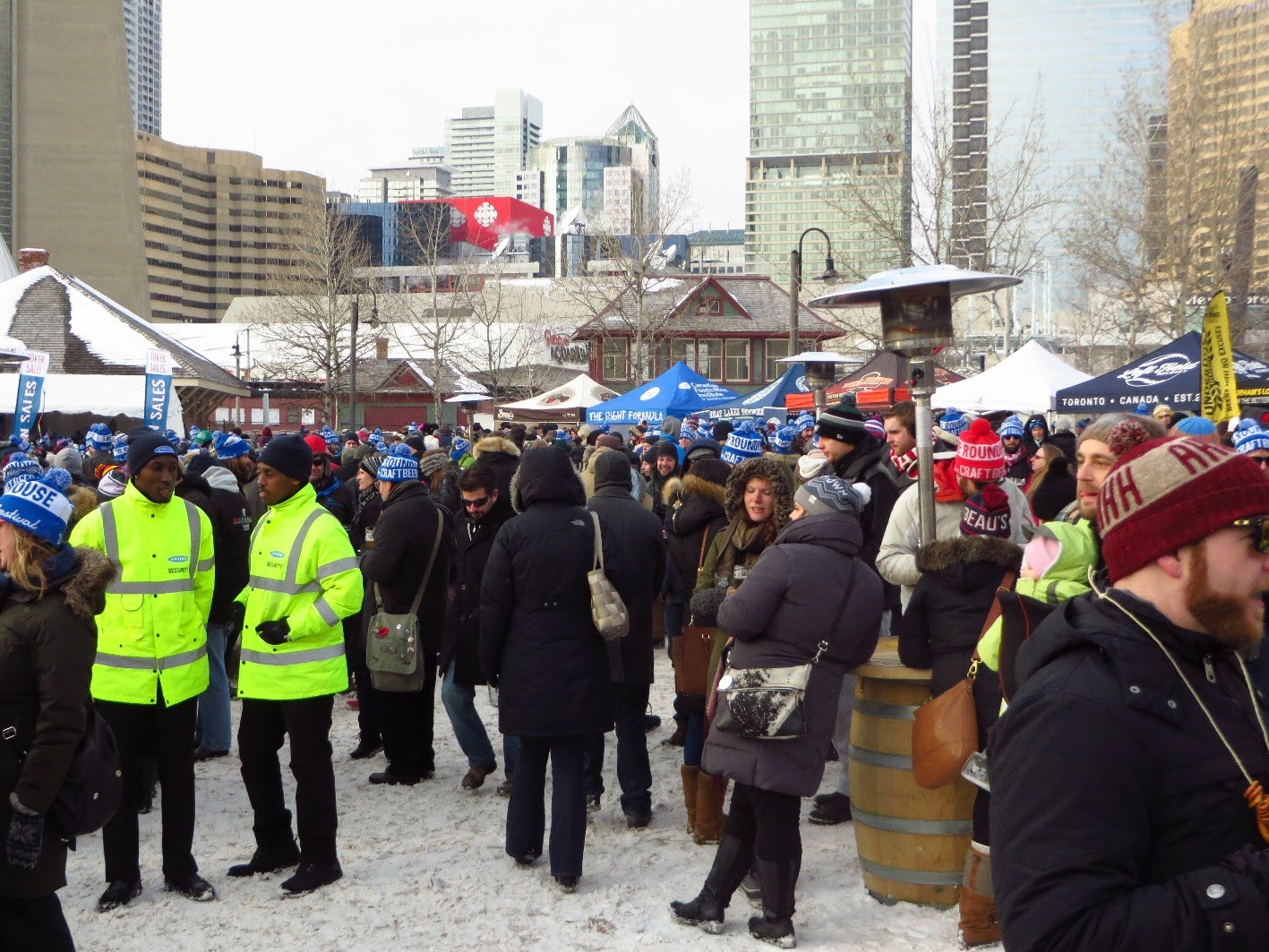 The first thing we saw when we arrived was this fellow creating an ice sculpture. Teena and I both forgot to check out the finished product before we left. 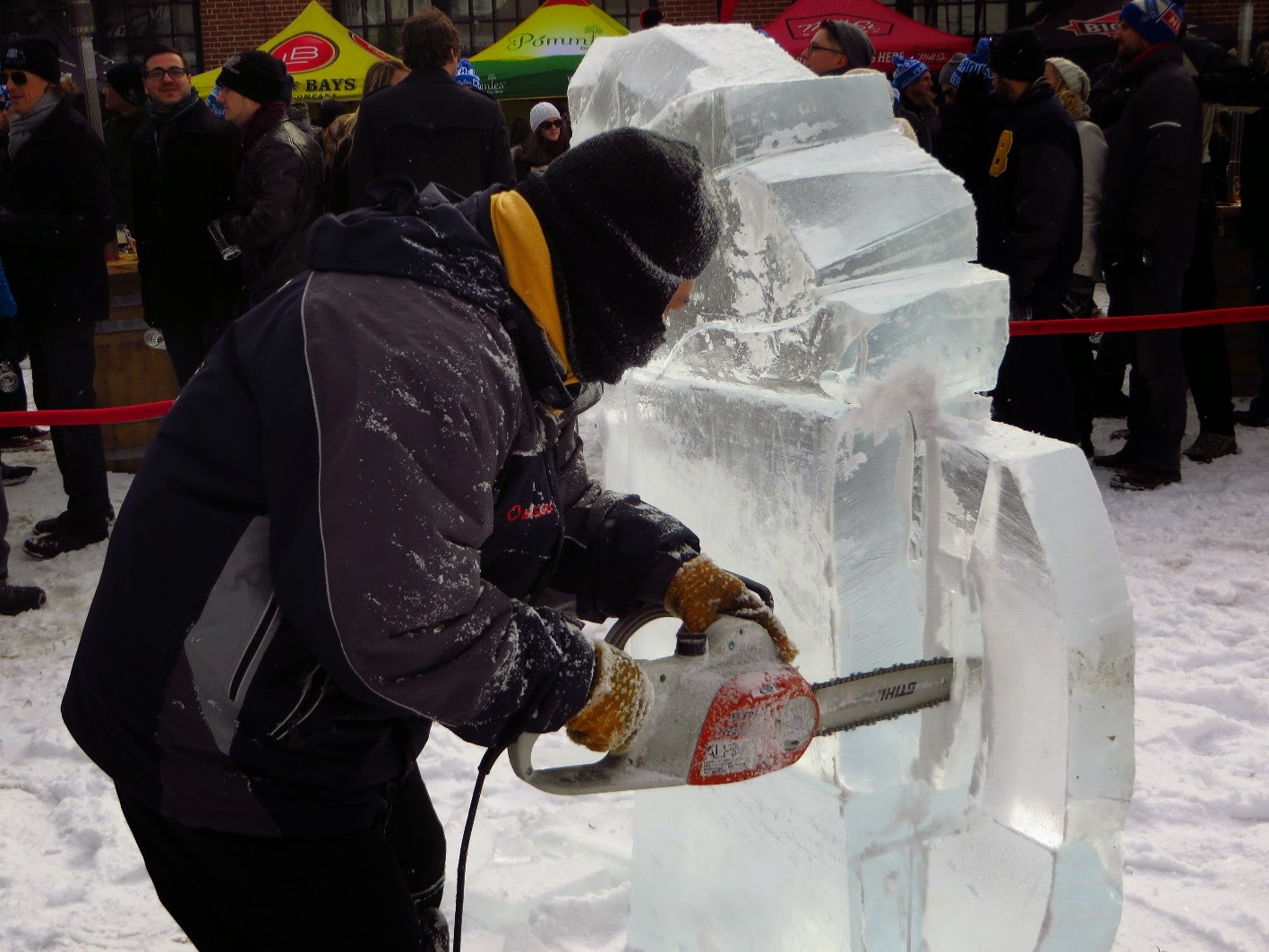 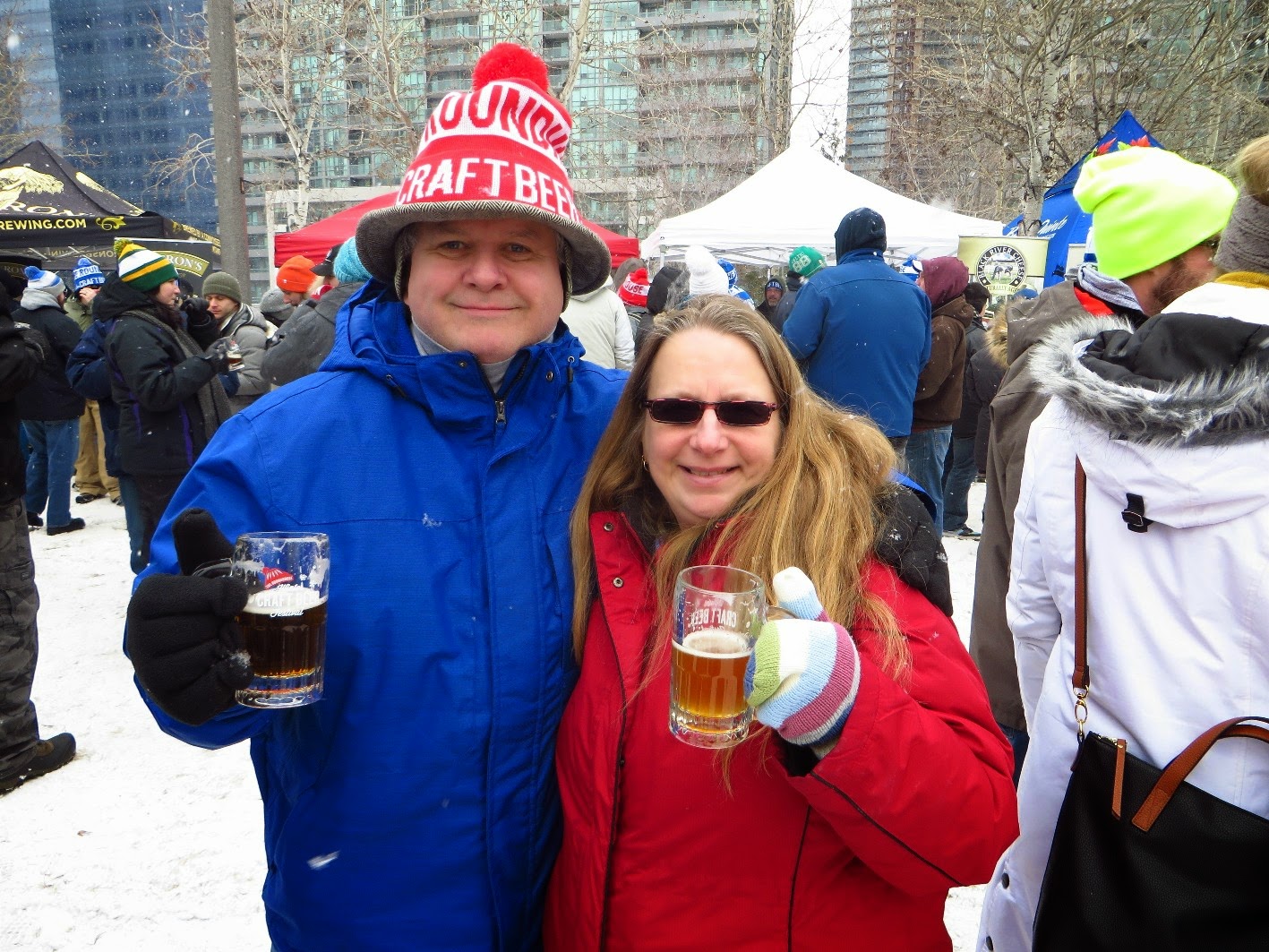 Here I am with my beer-sis, Darlene. 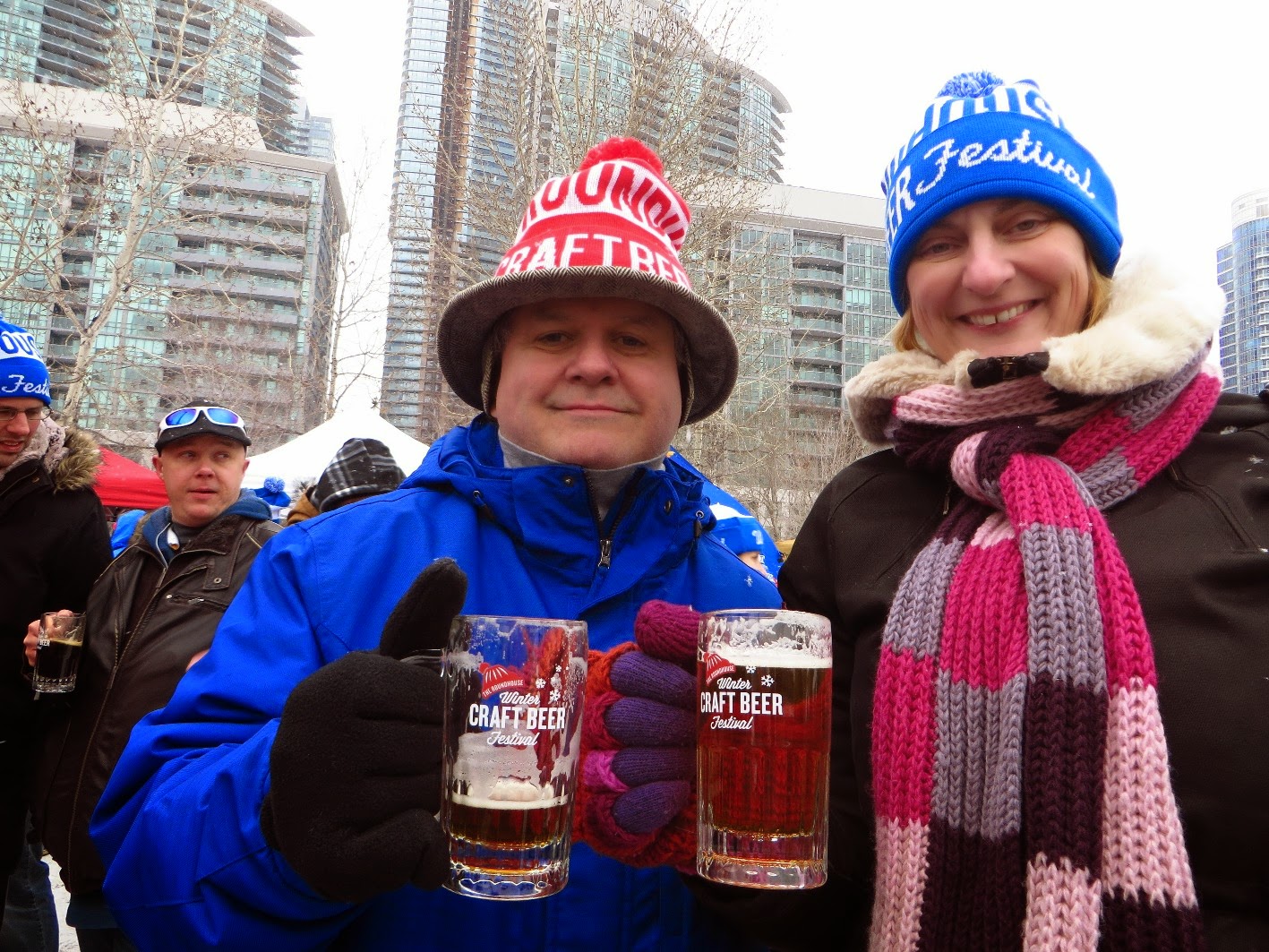 Christine, me and Darlene. 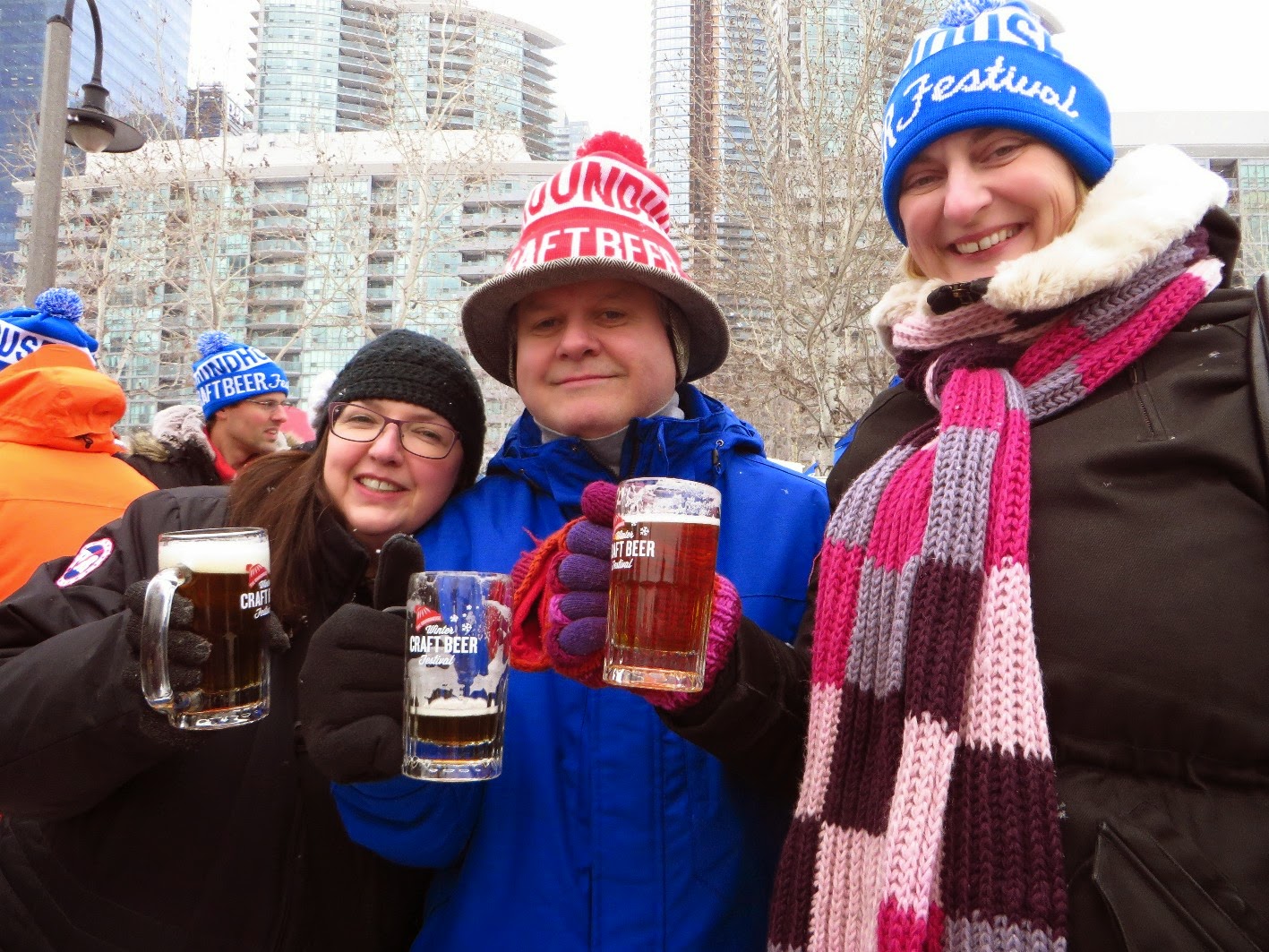 My first beer of the day was a Break of Dusk, from Black Oak Brewing, which just happens to be this week's Beer of the Week. 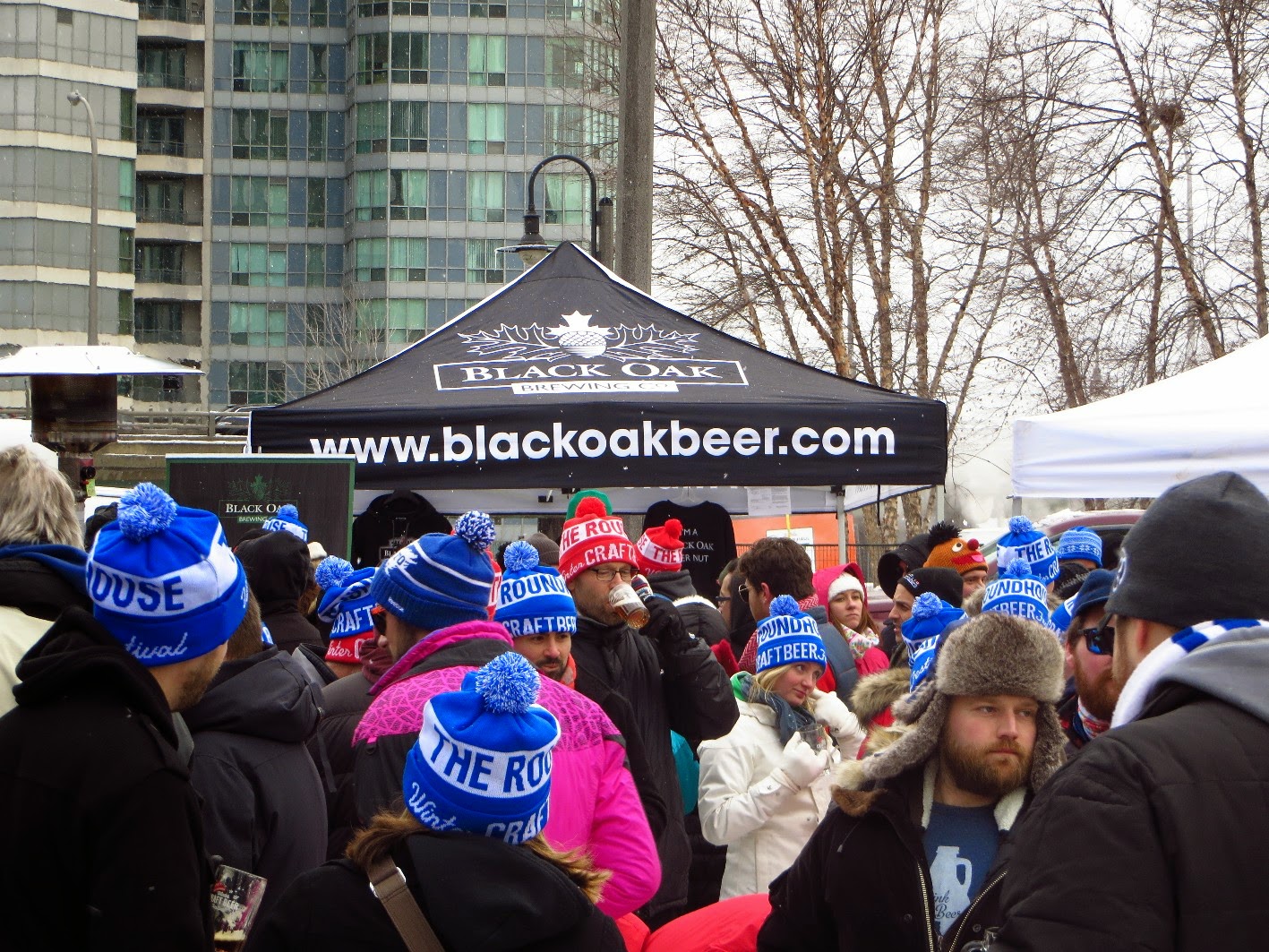 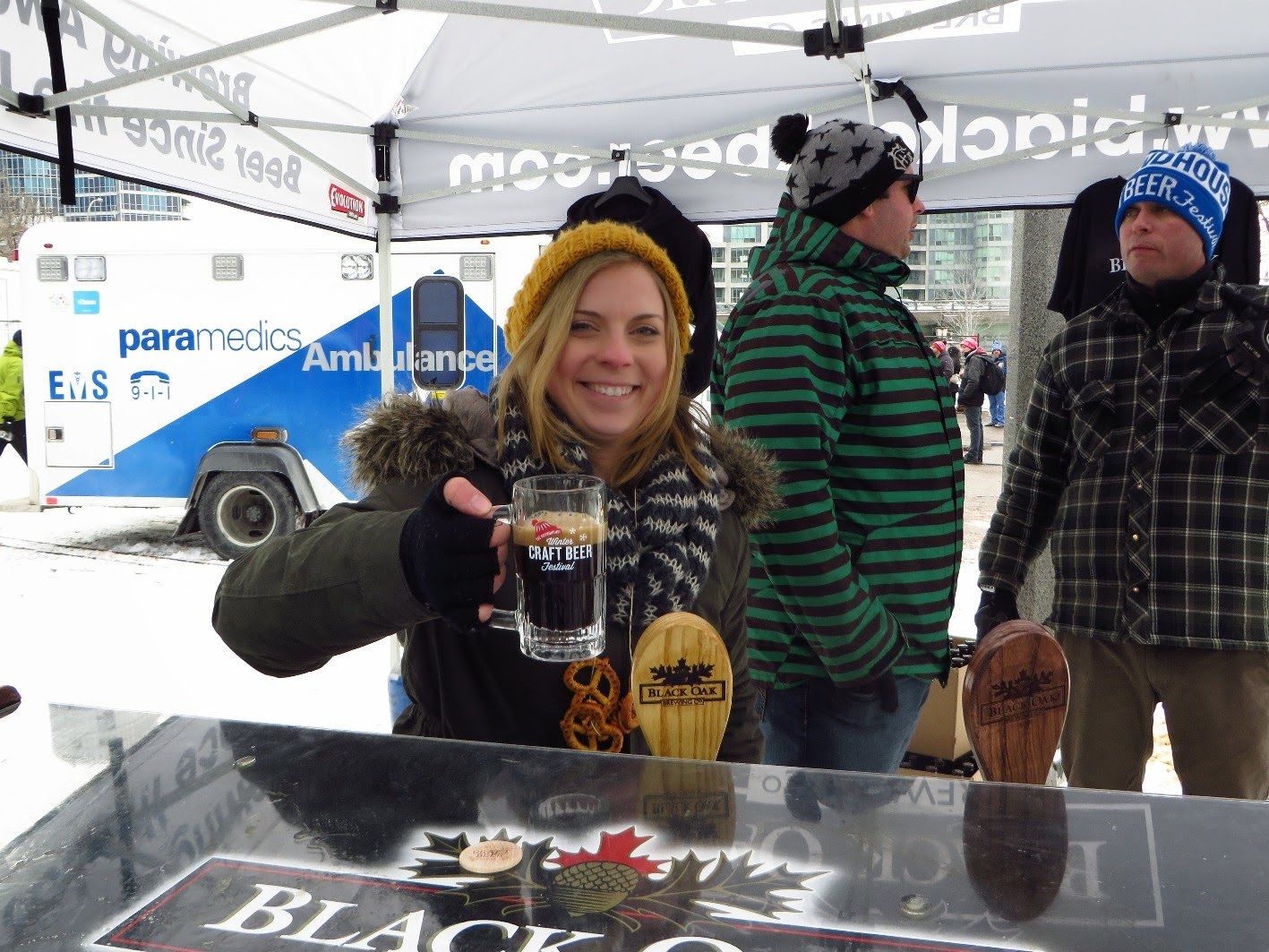 Teena started with a beer from Underdog Brewhouse. 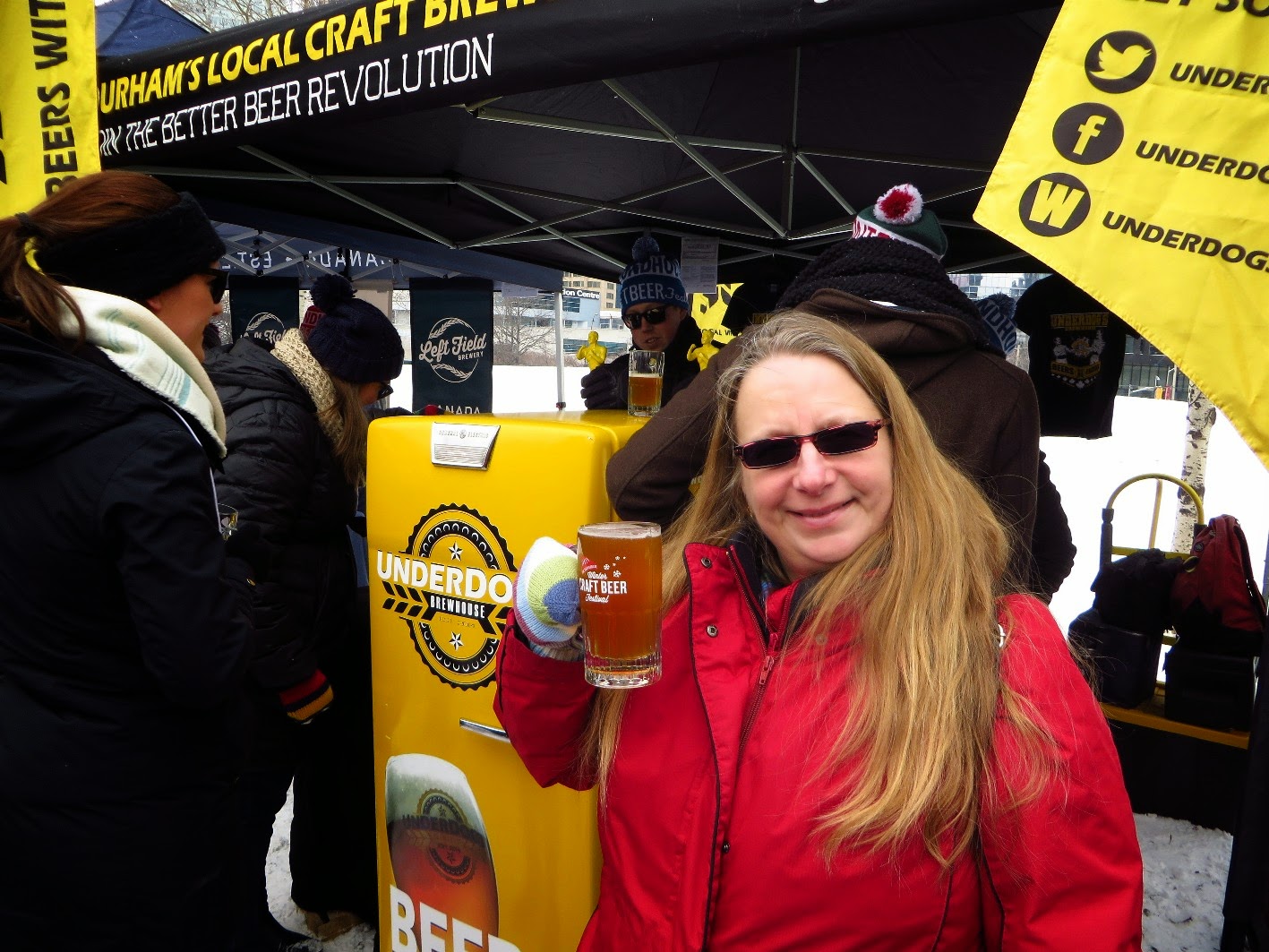 Next up was a Pale Ale from Maclean's Ales. 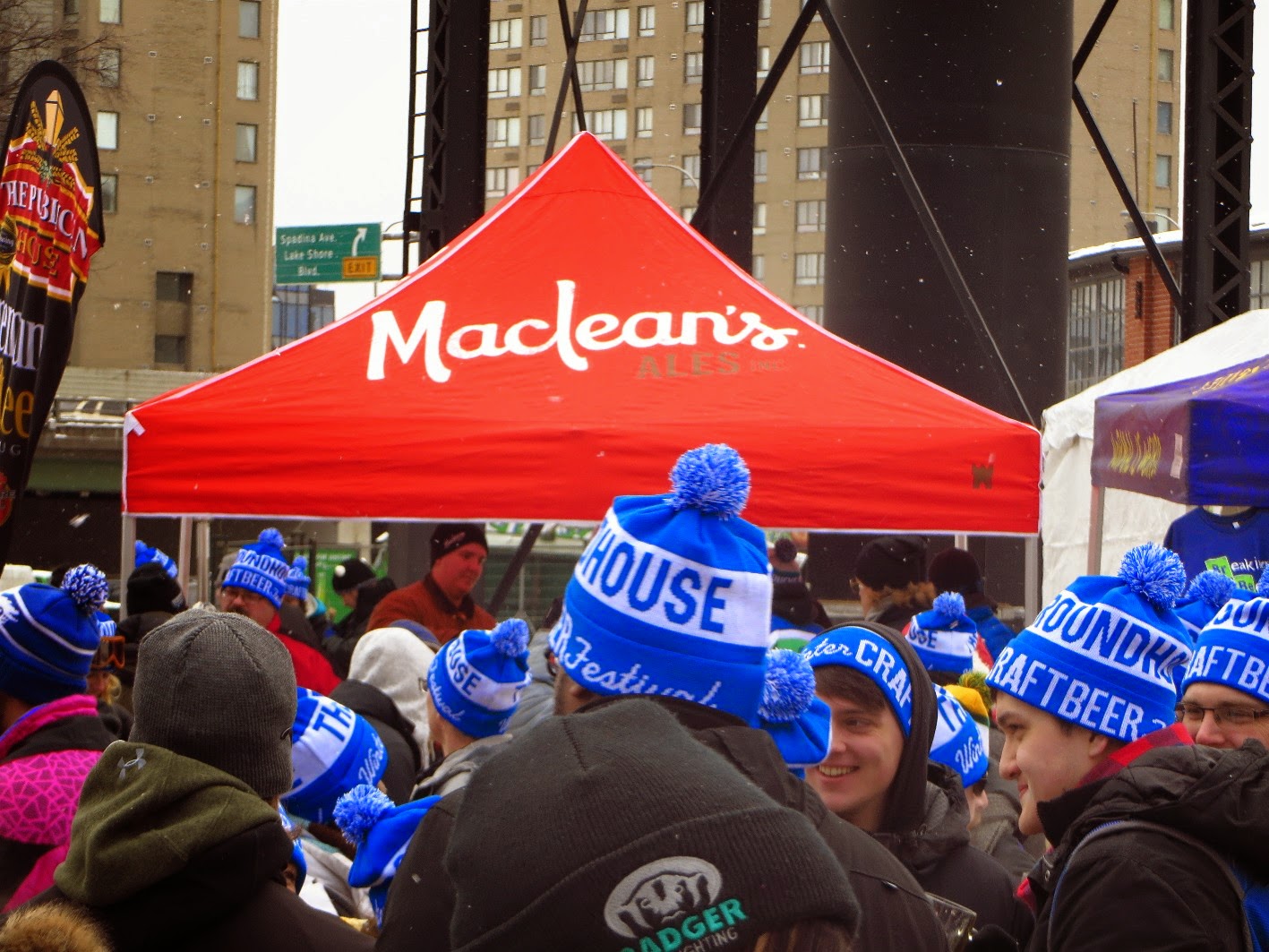 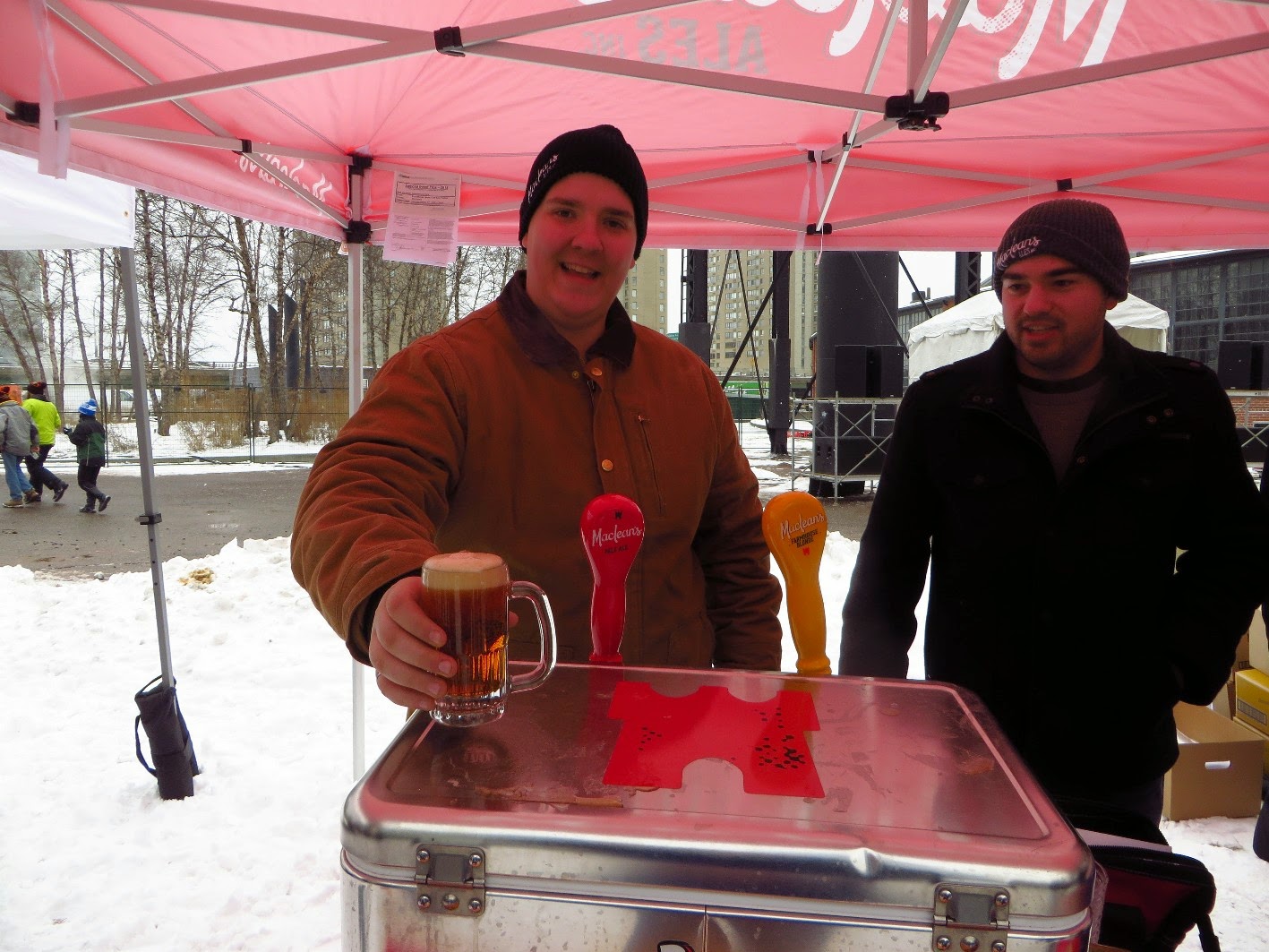 I saw this tee shirt for sale at Flying Monkeys Brewery but they didn't have my size. Damn! 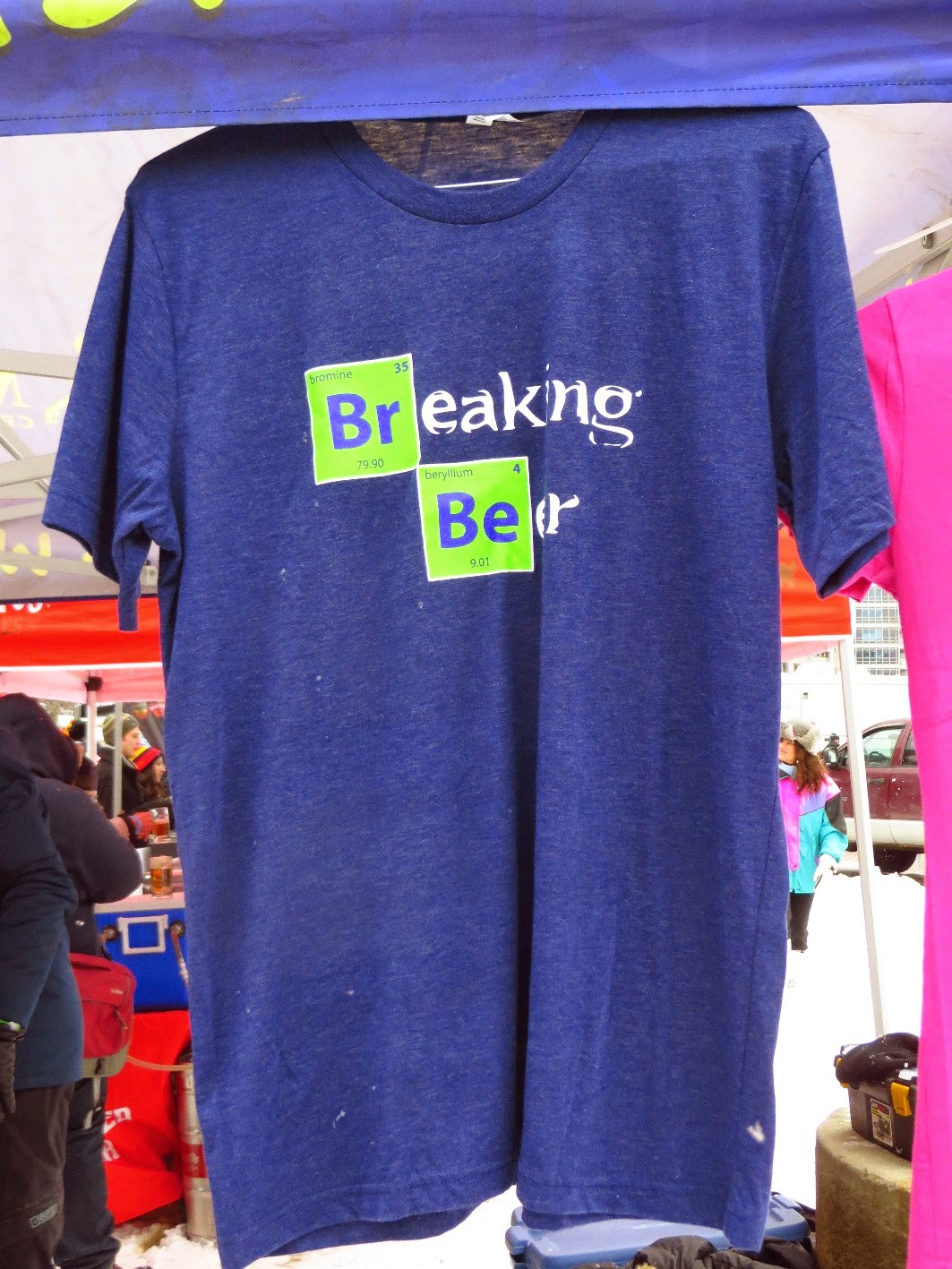 I didn't have a beer I didn't like all day. An IPA from Niagara College Teaching Brewery. 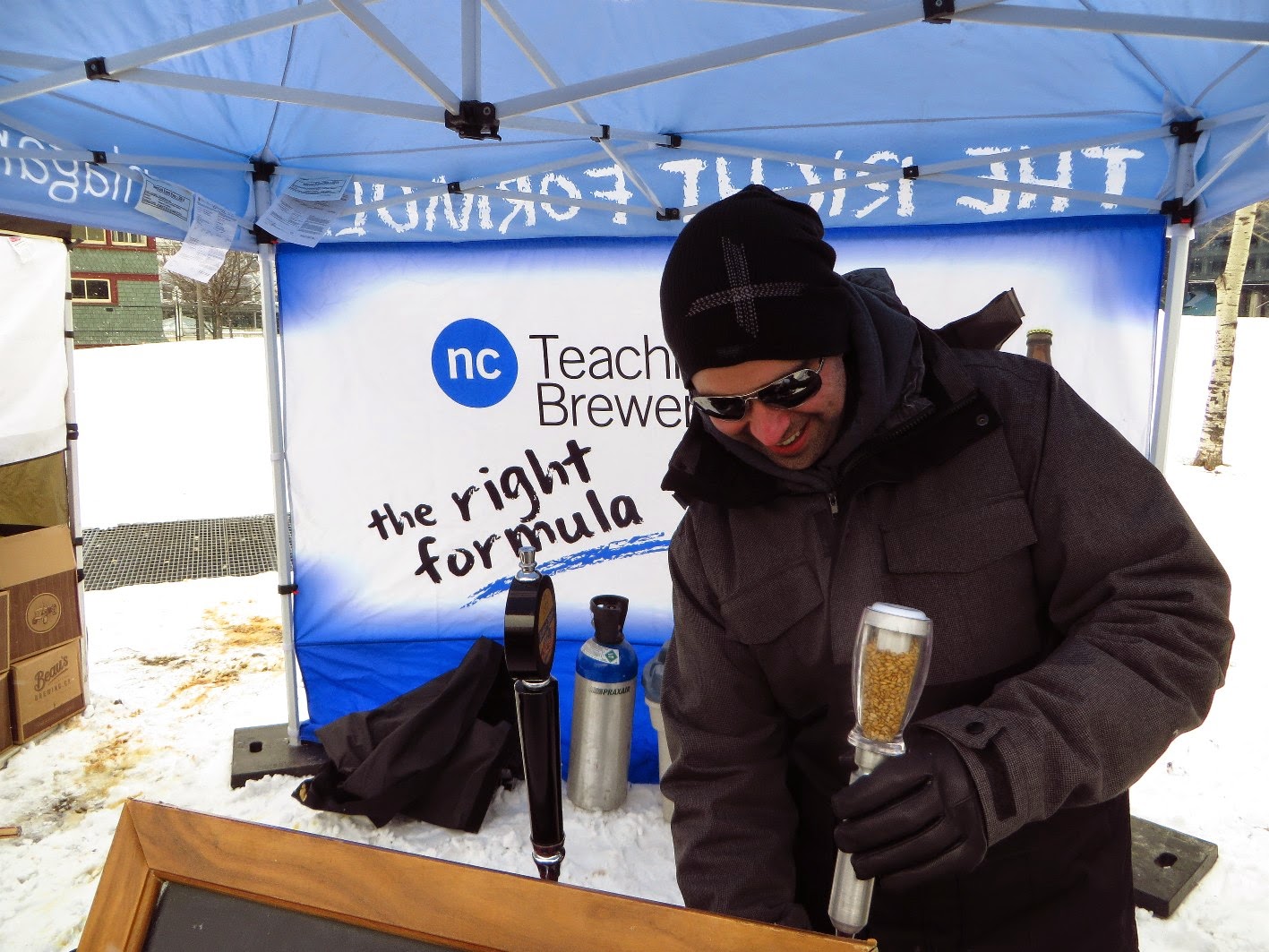 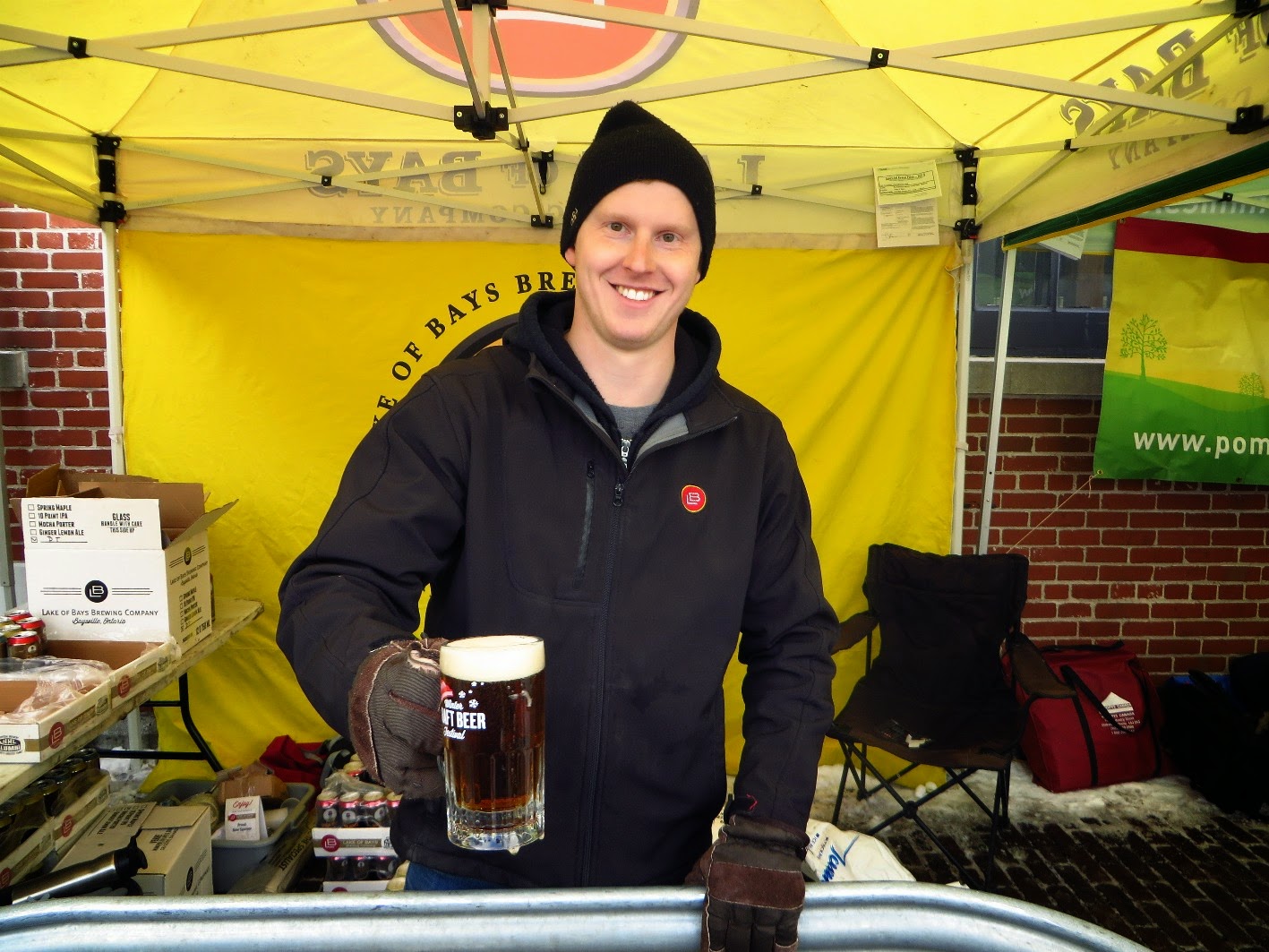 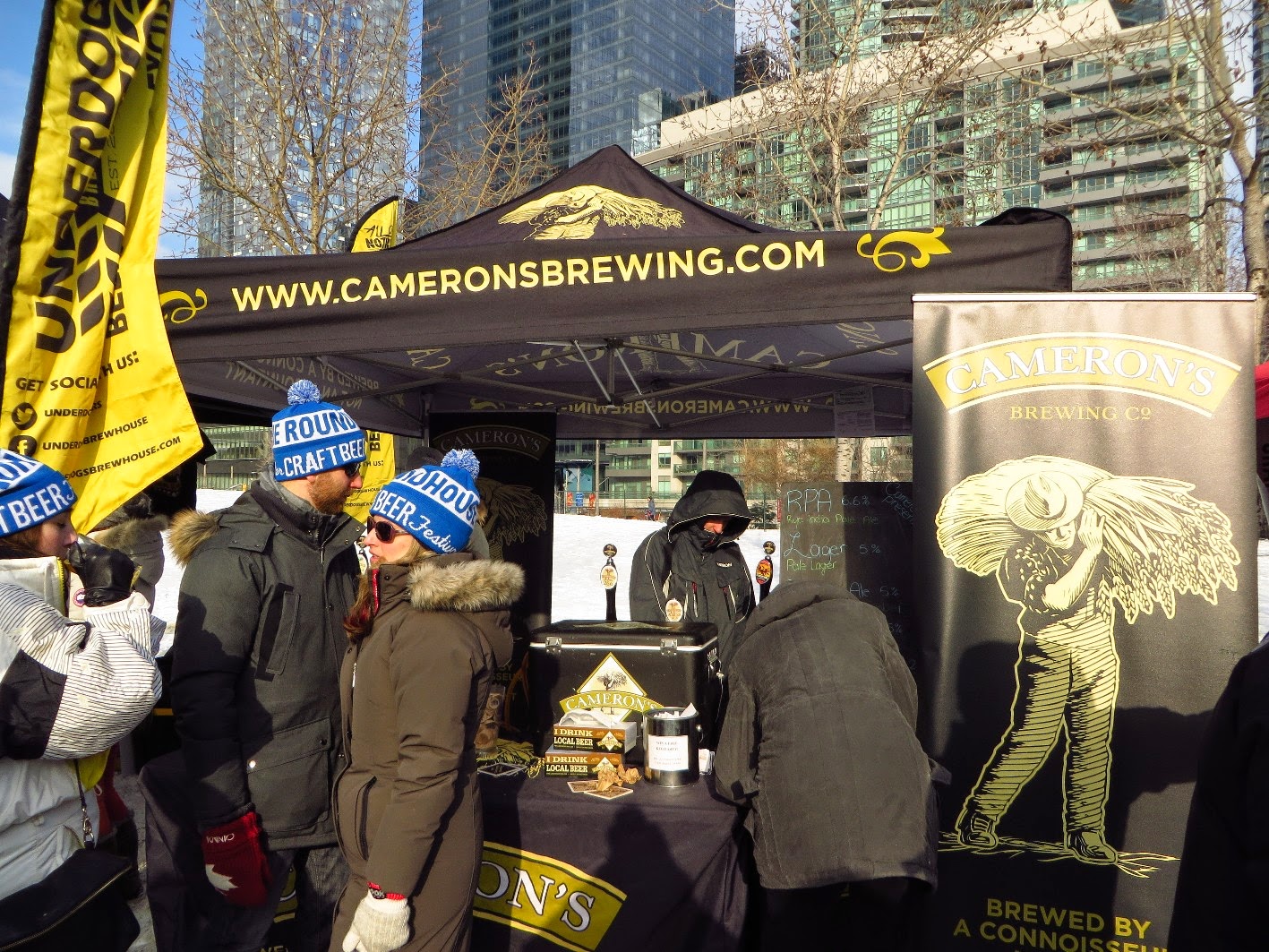 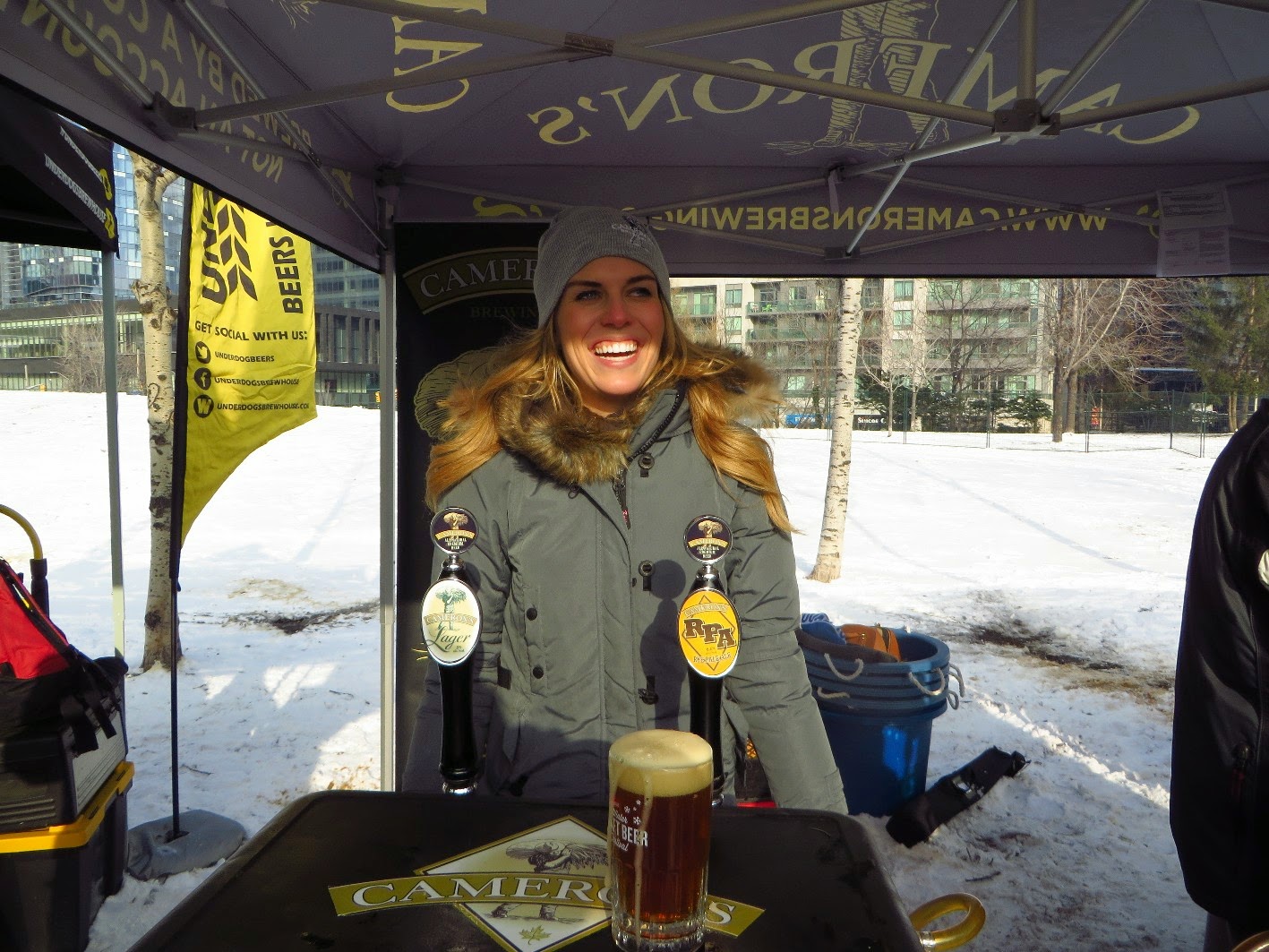 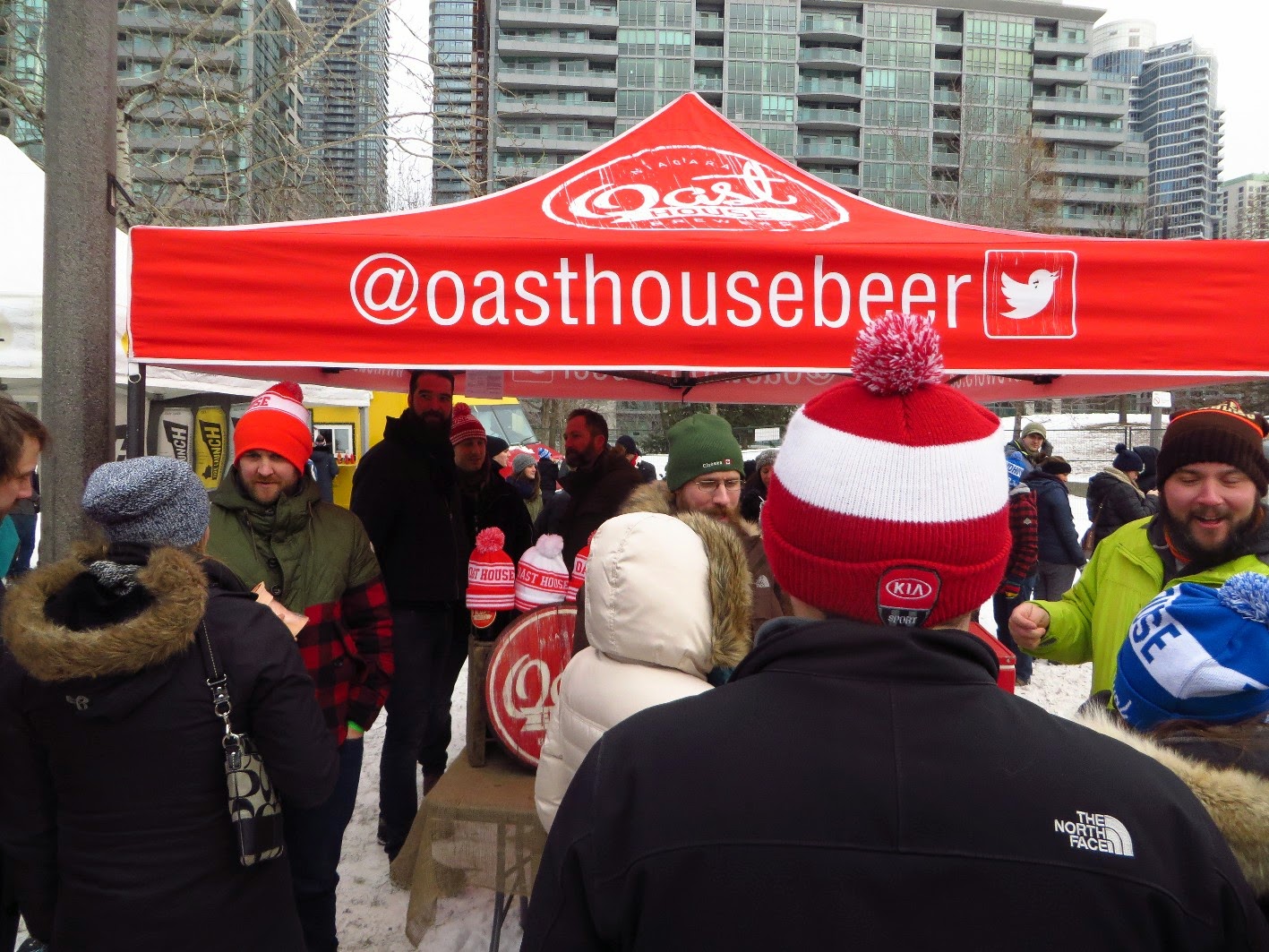 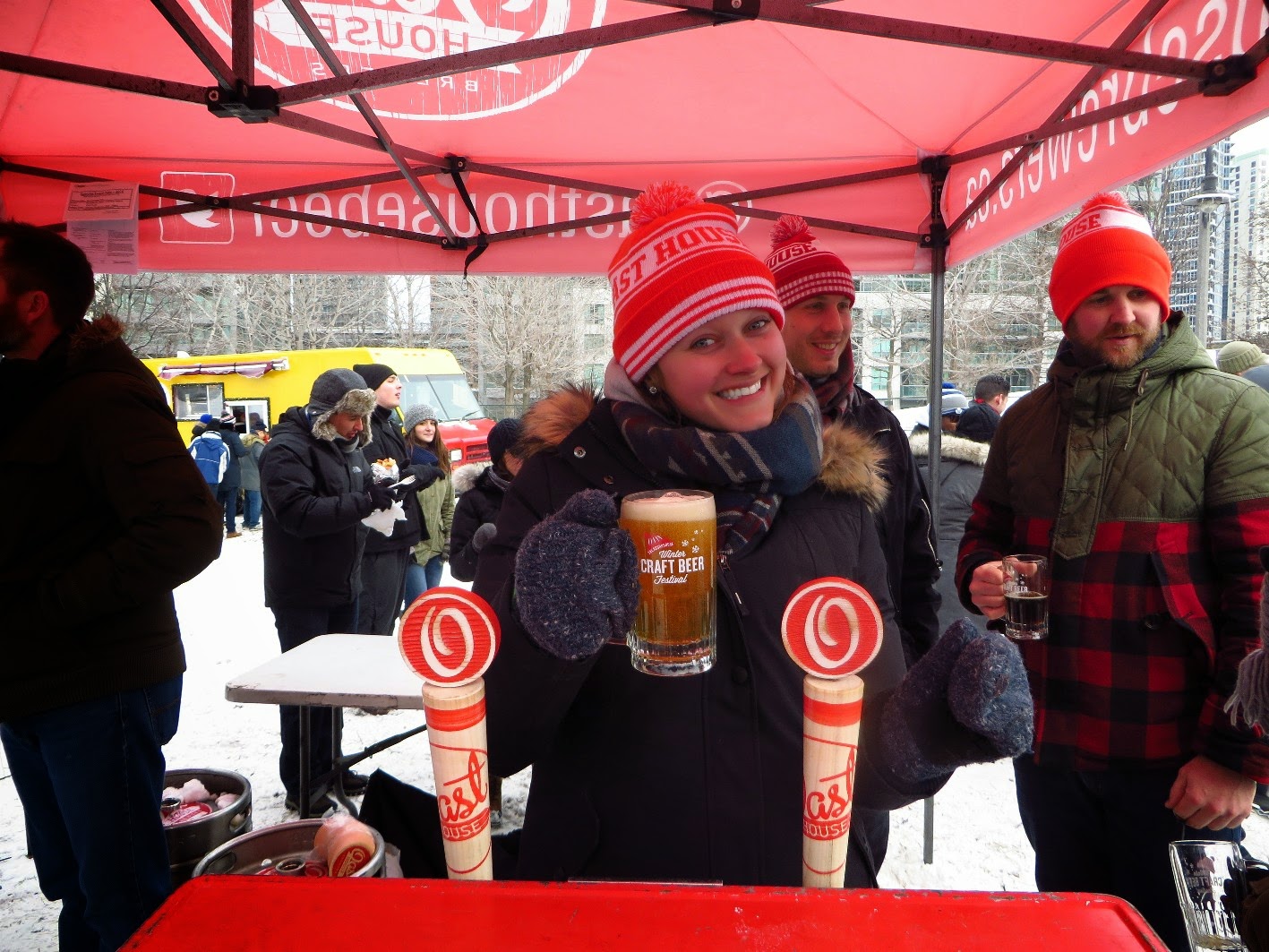 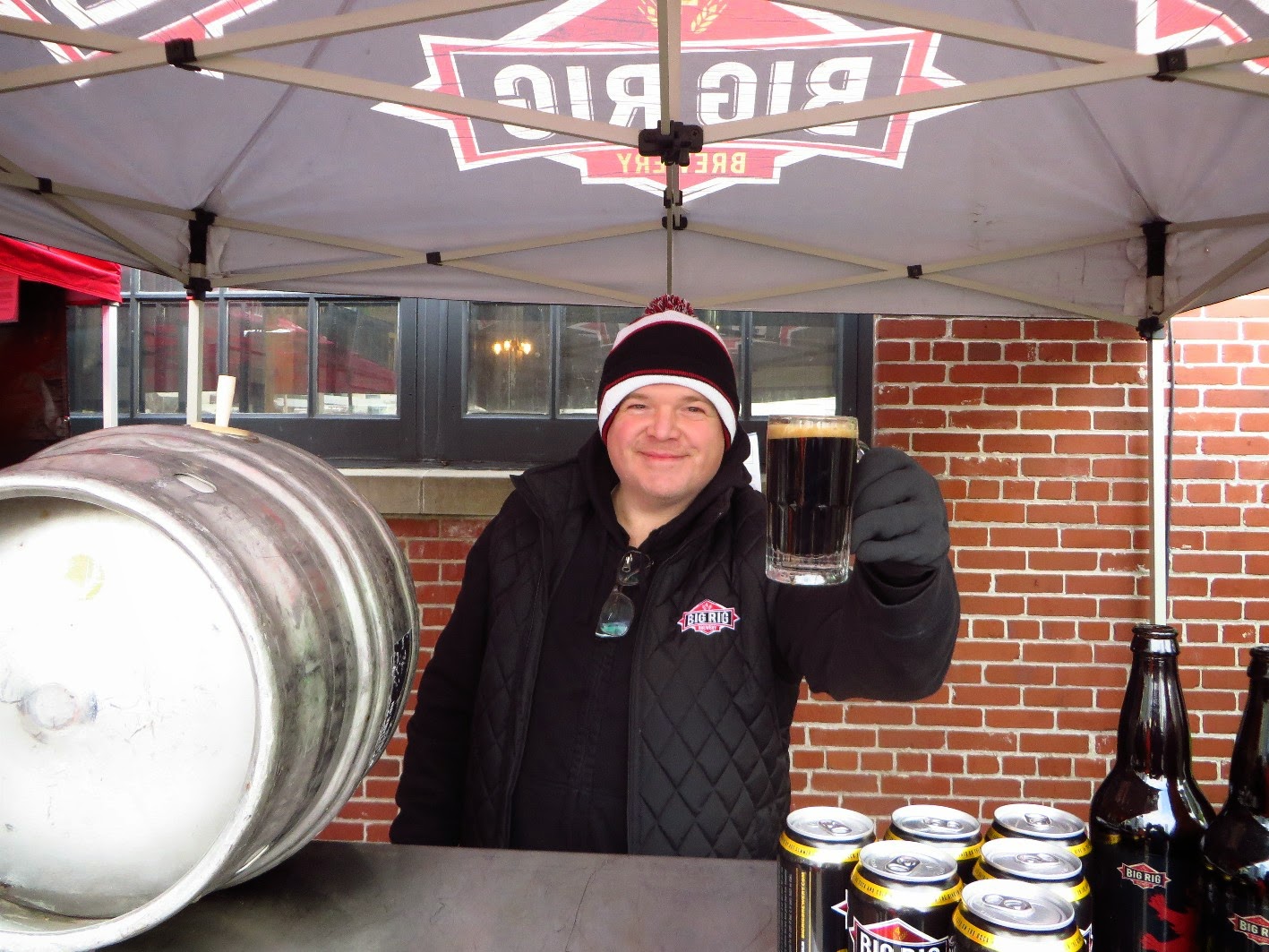 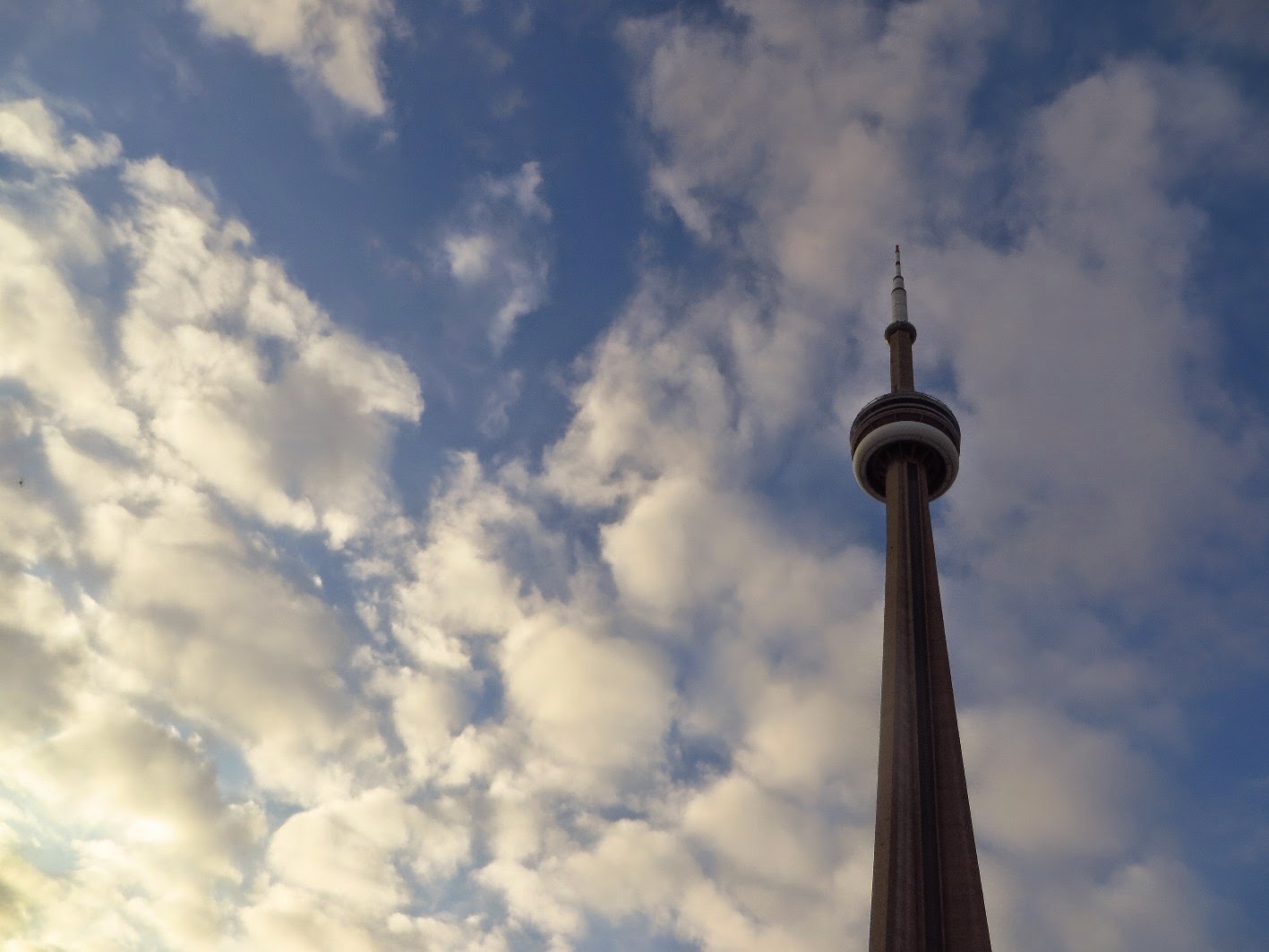 There were heaters to keep warm under or you could dance to a DJ or even stick your cold feet in the fire. 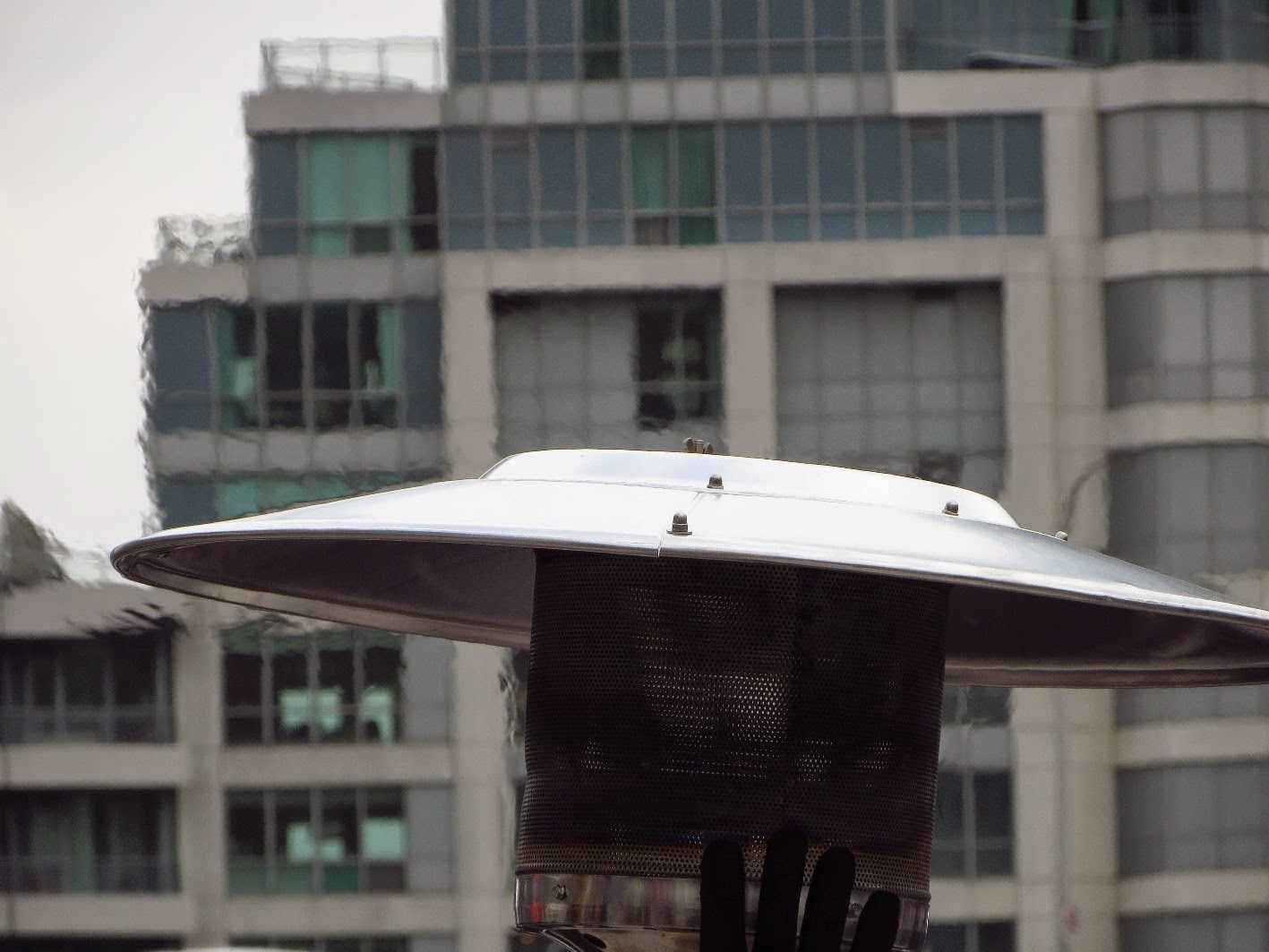 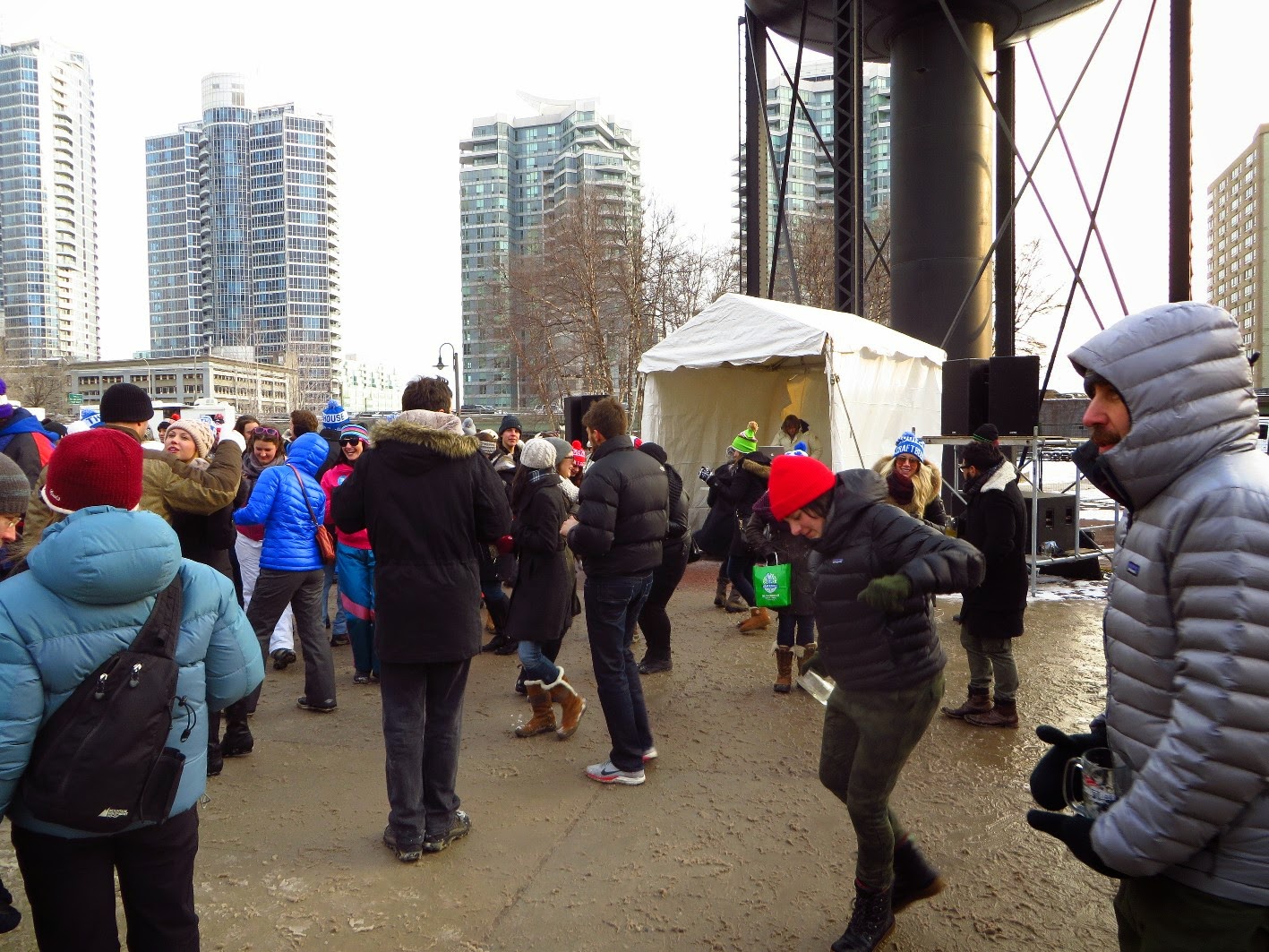 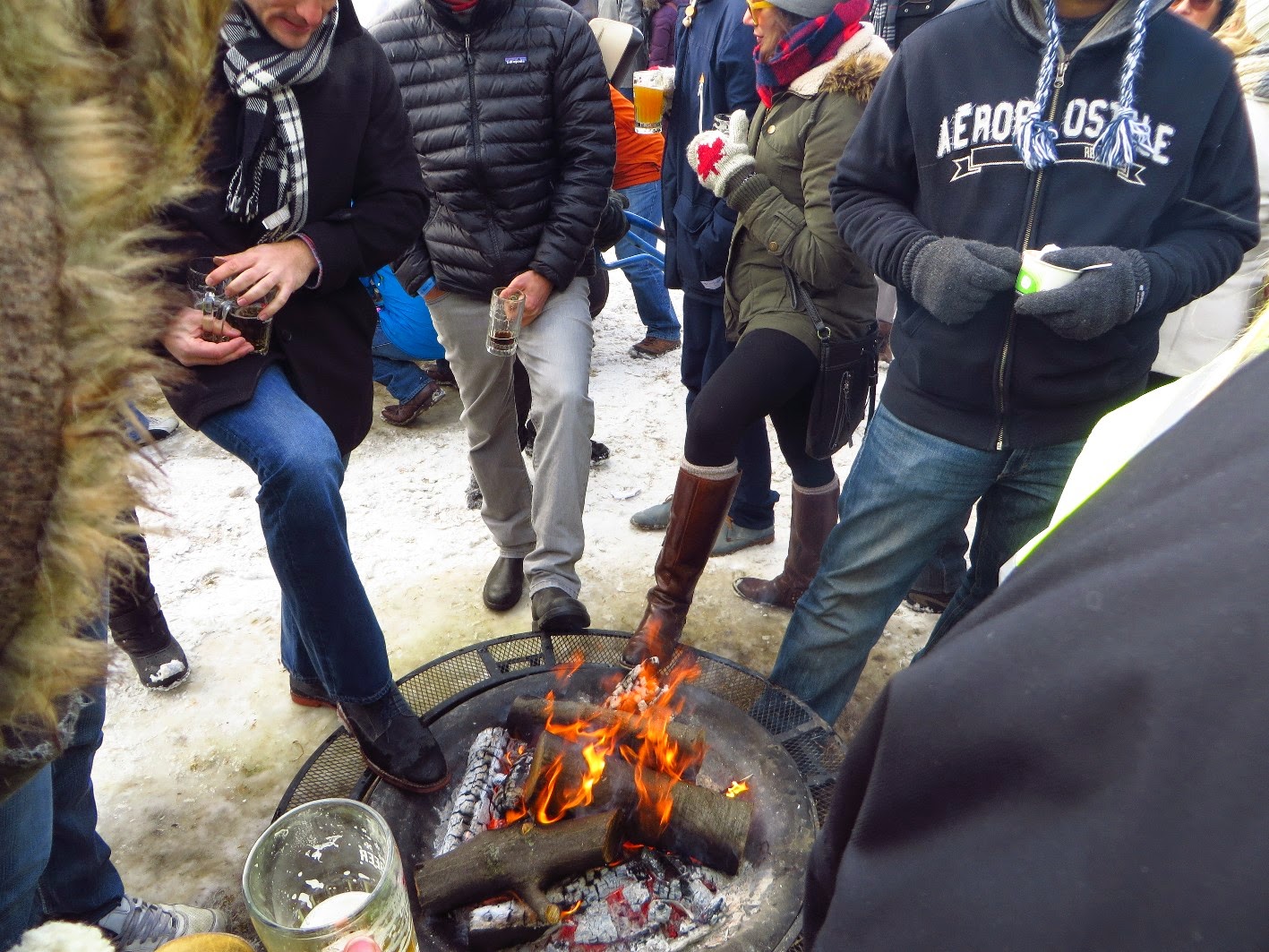 It was a fun day, as craft beer festivals usually are. I don't care how cold it is, next year Teena and I will be at the next Roundhouse Winter Beer Festival.
Posted by Swordsman at 16:00