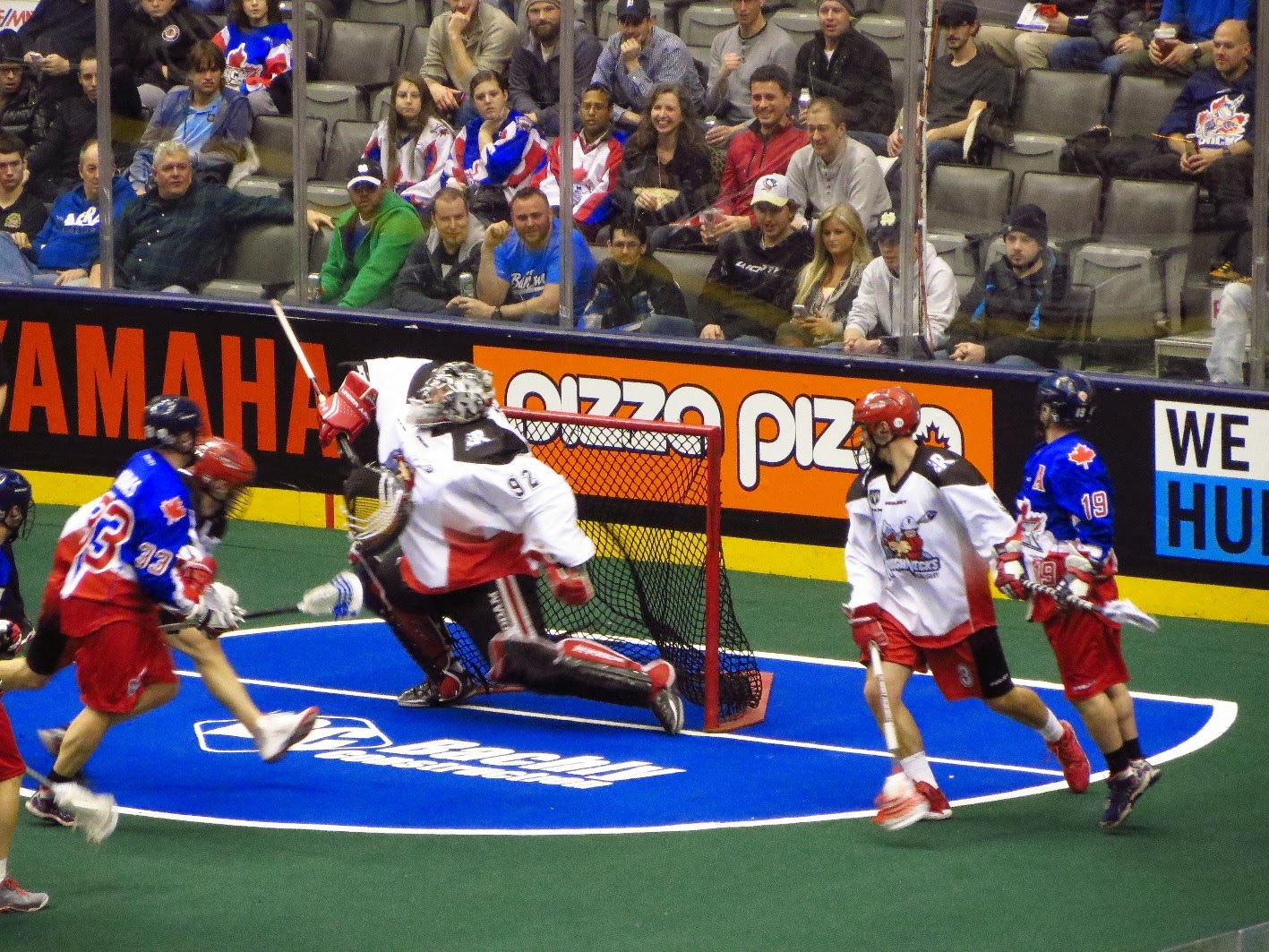 Tonight the 3-1 Toronto Rock took on the Calgary Roughnecks. A win would put them in first place by themselves in the east.

Iggy leads the team out onto the field. 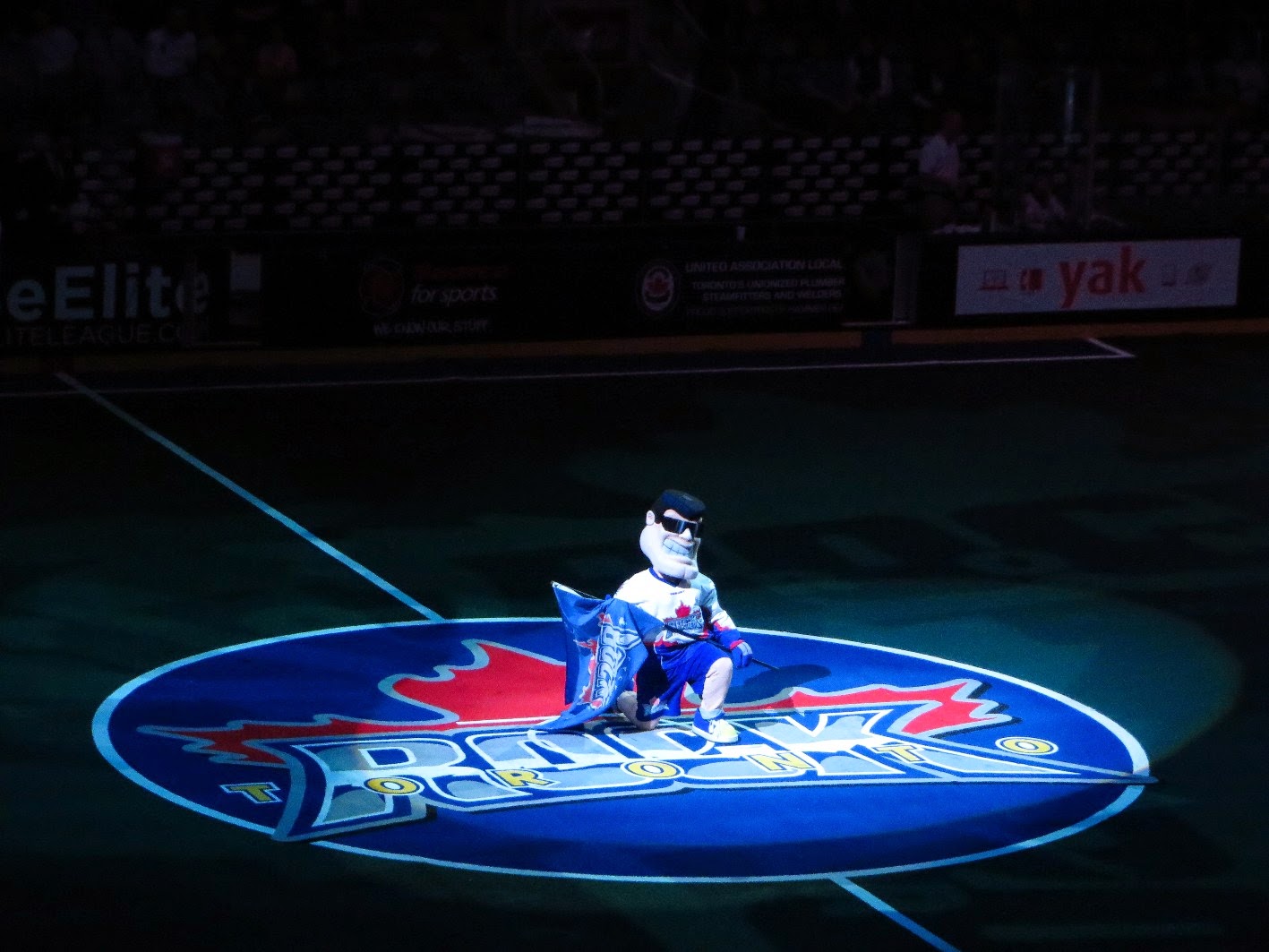 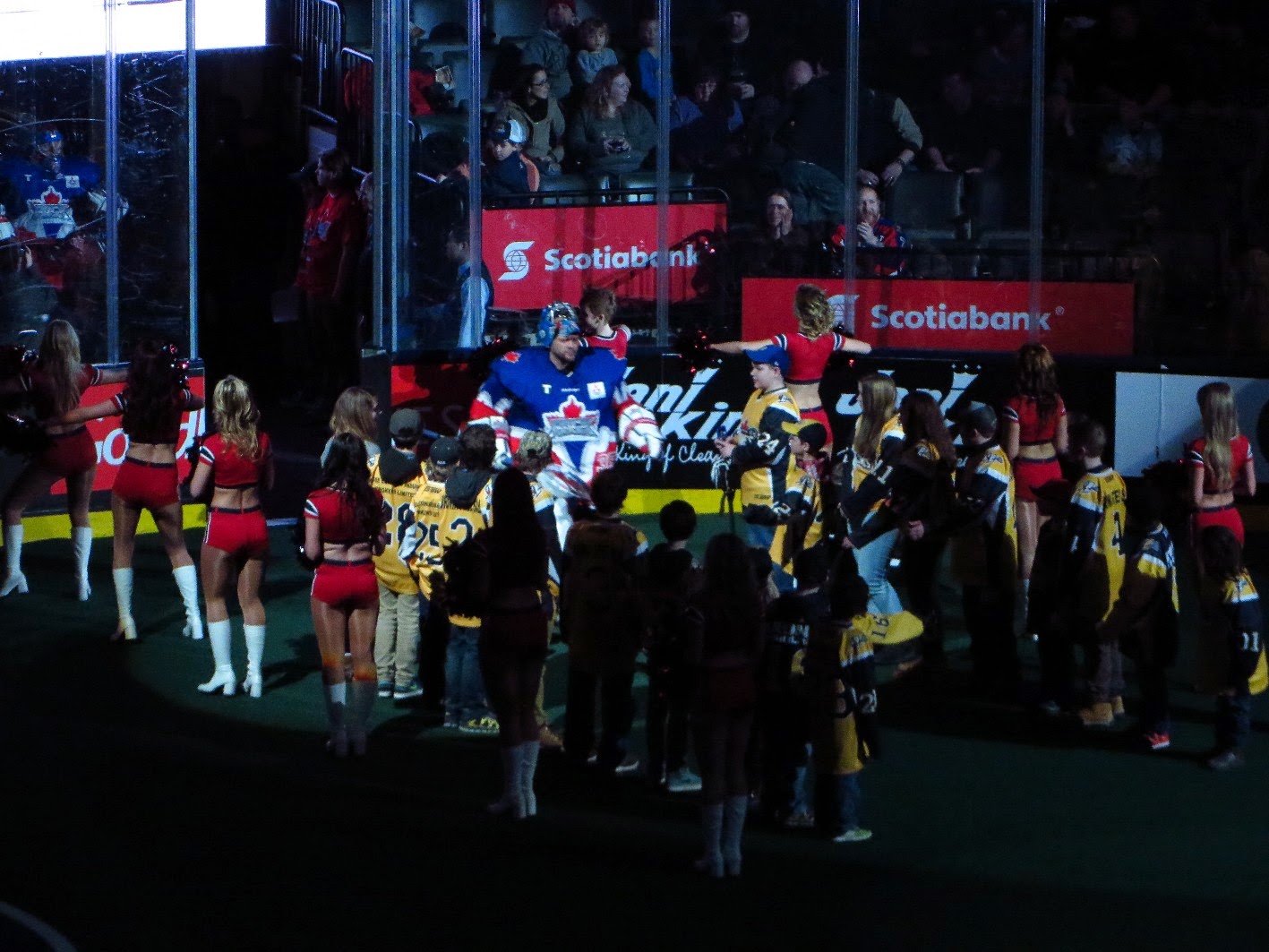 After a team huddle, the game begins. 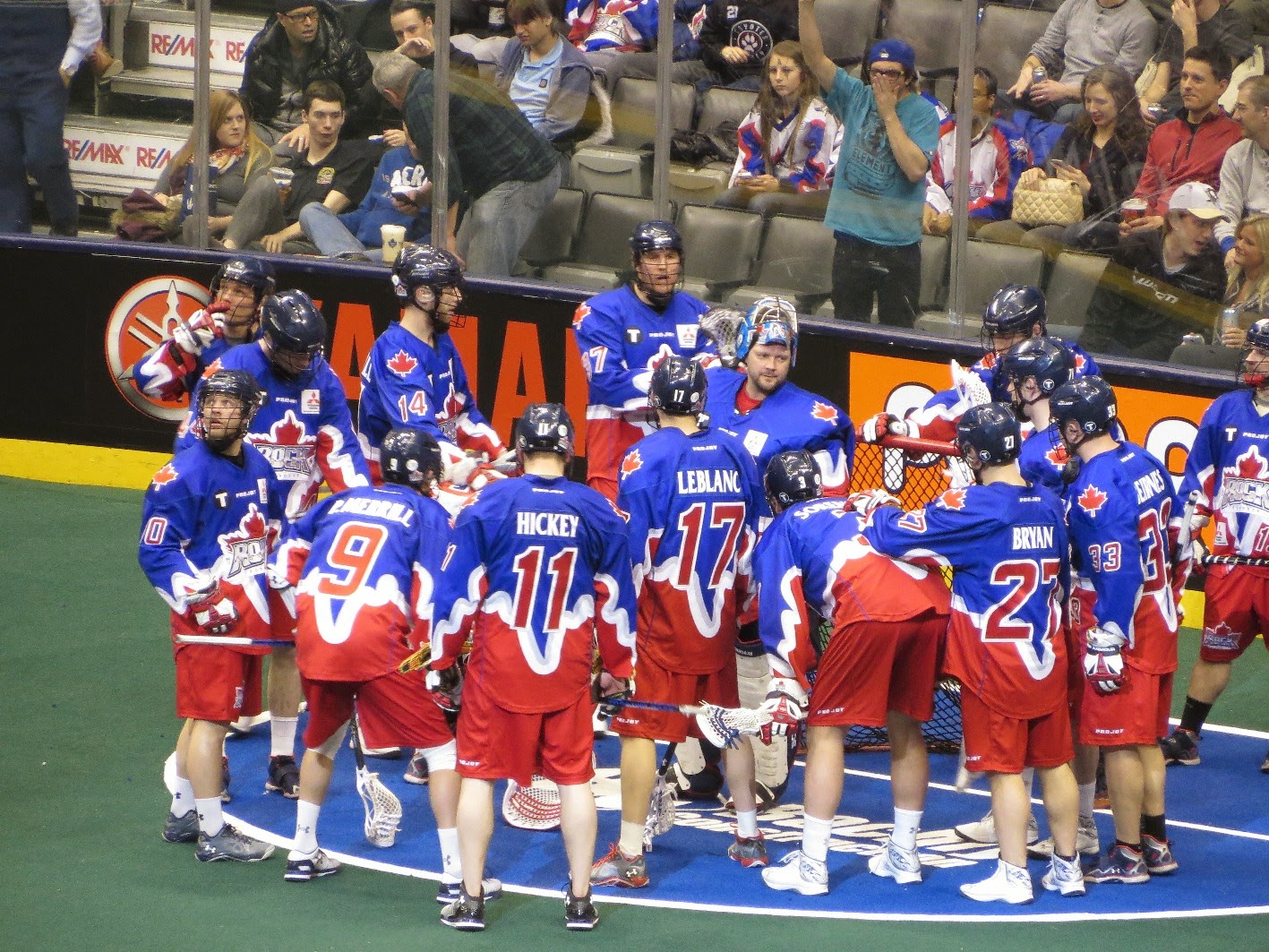 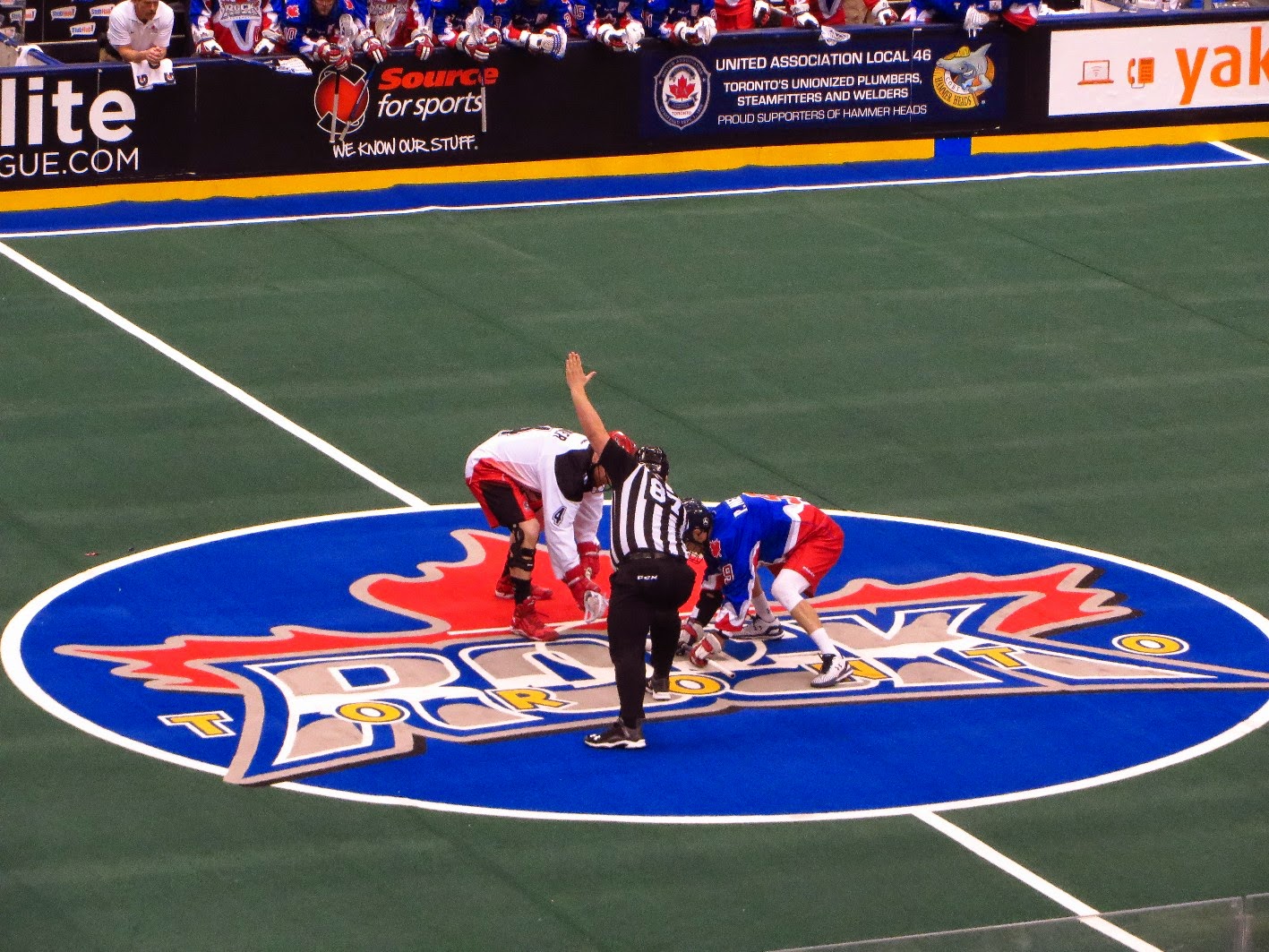 Some action from the game. 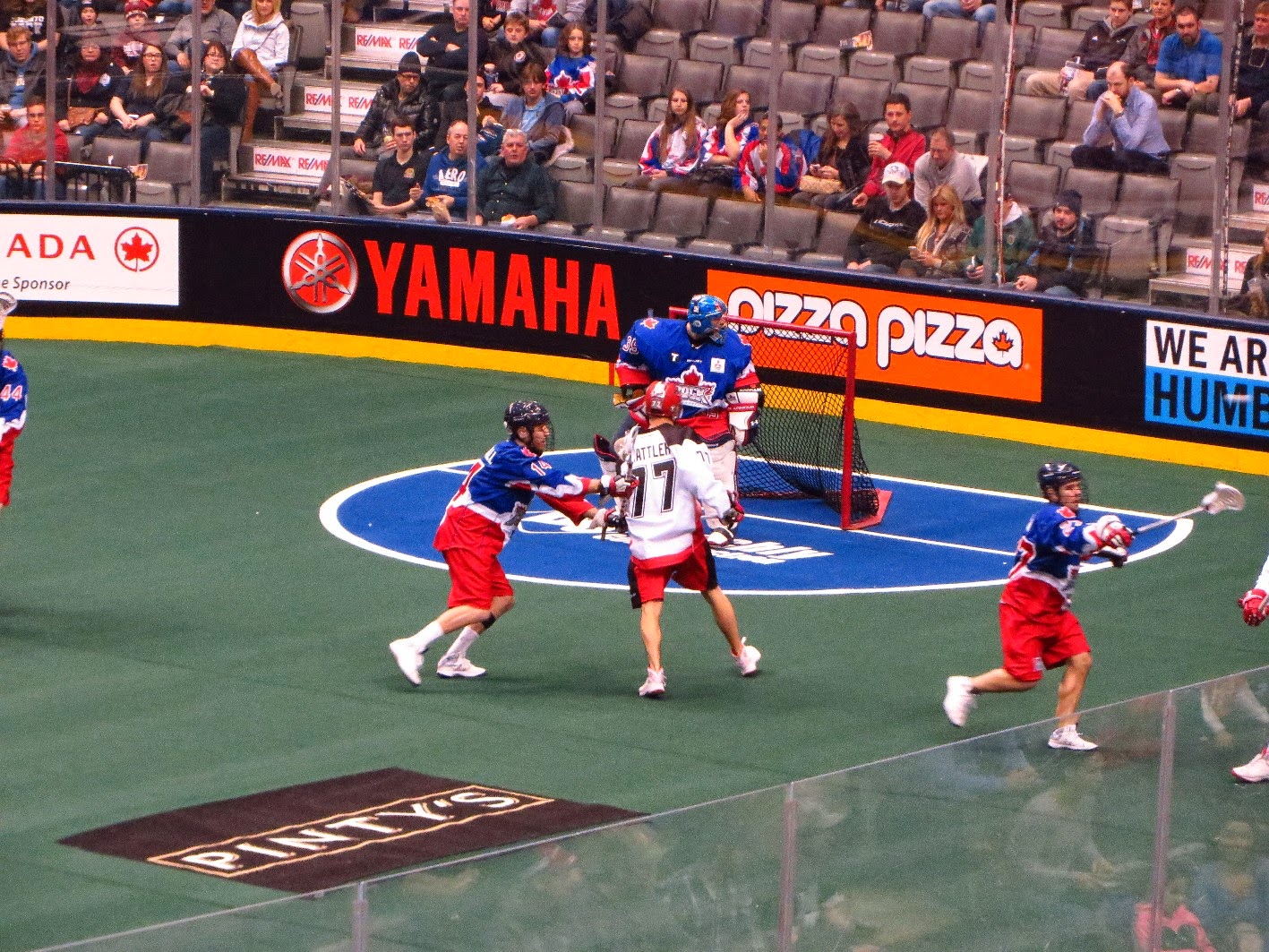 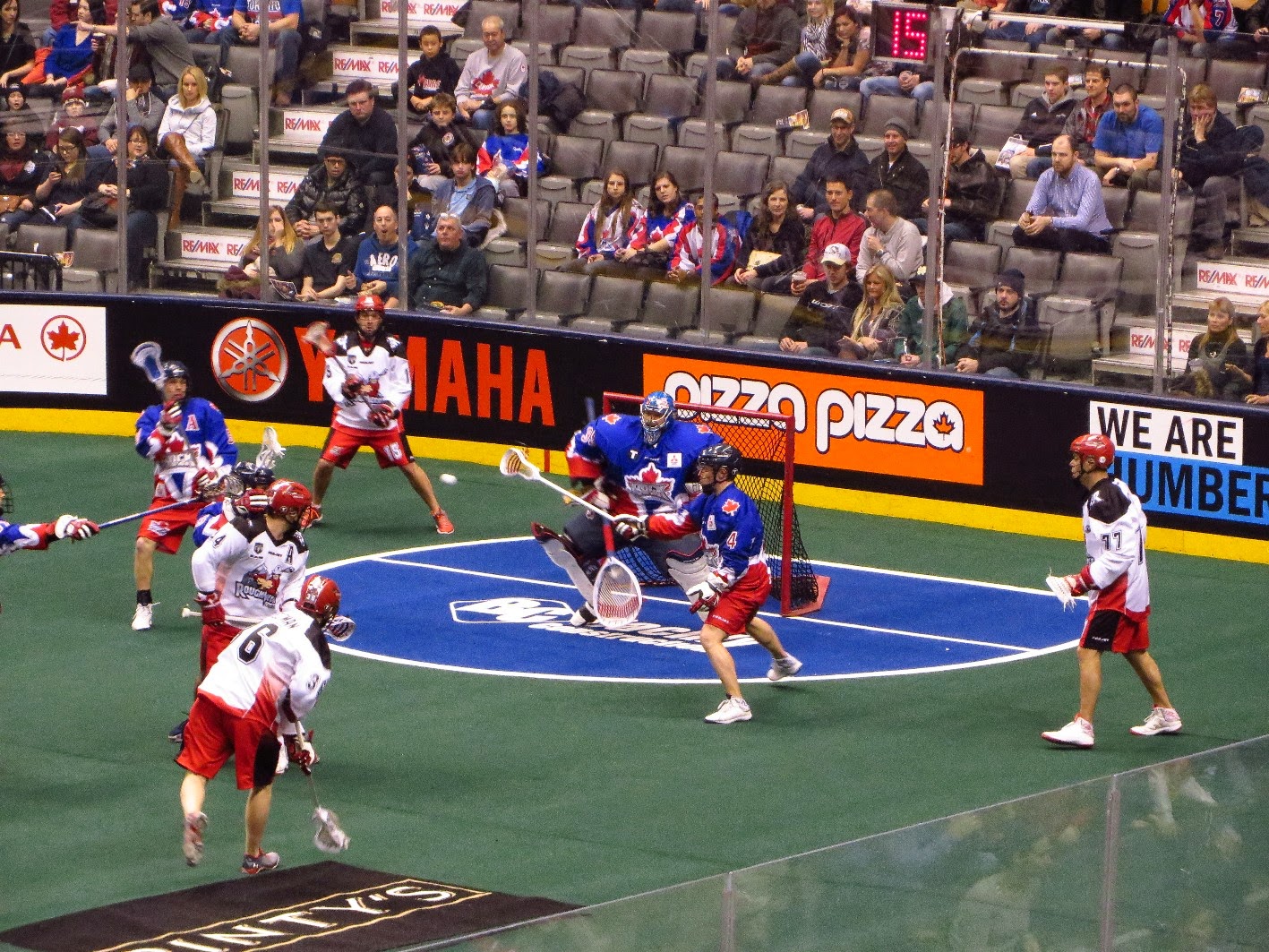 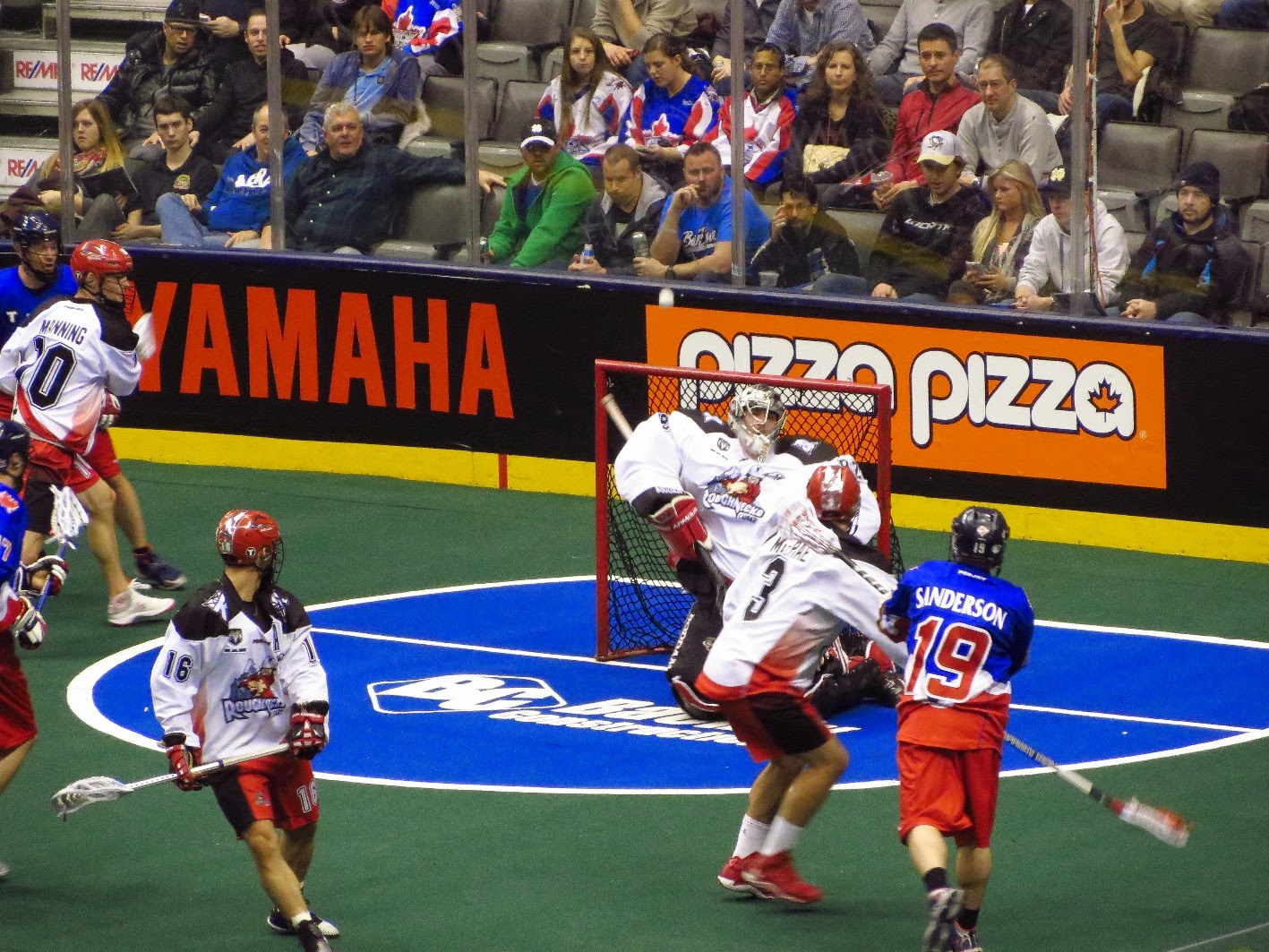 These kids were enjoying the fact that the Rock were up 8-3 with just under five minutes to go in the half. 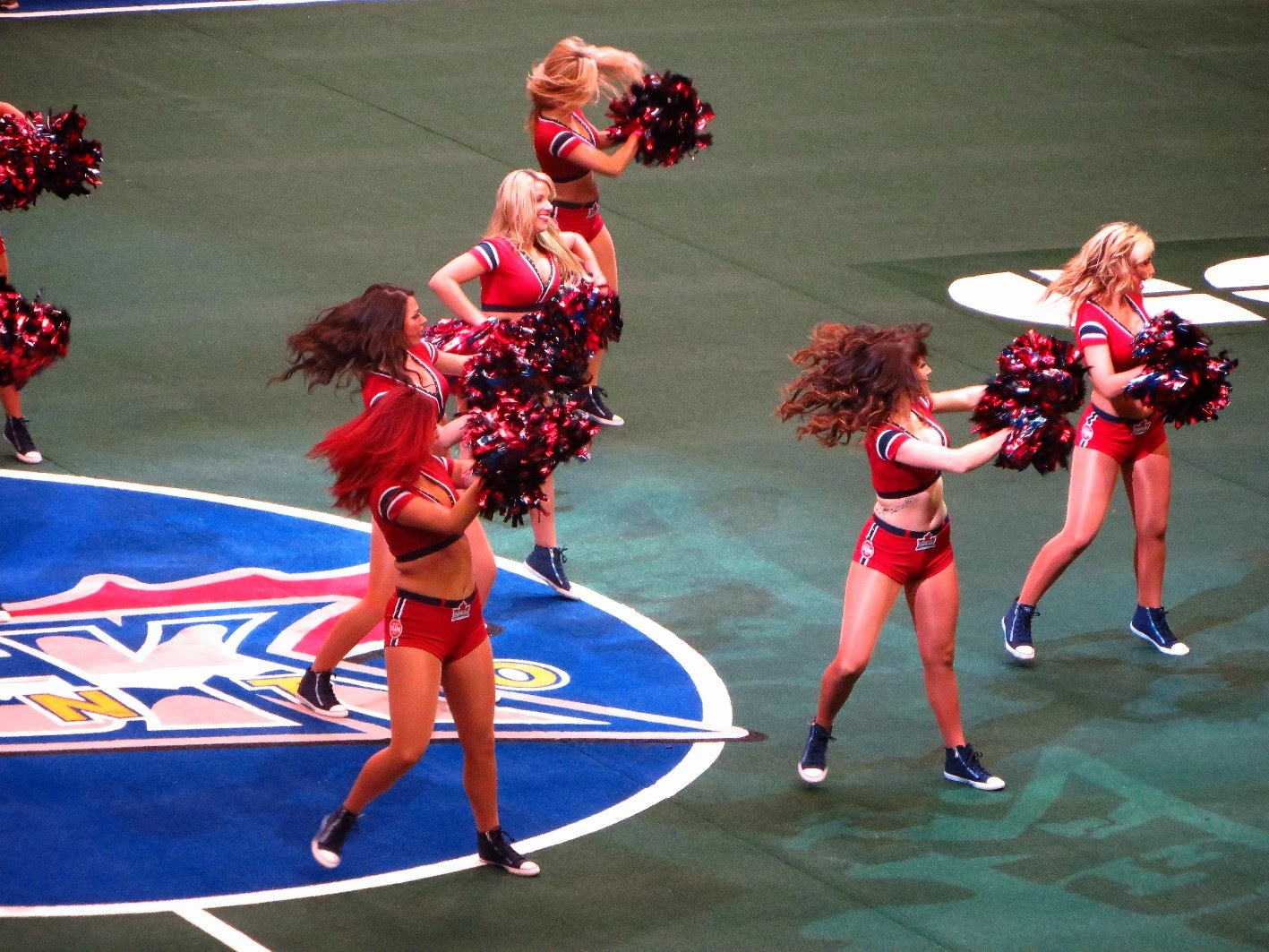 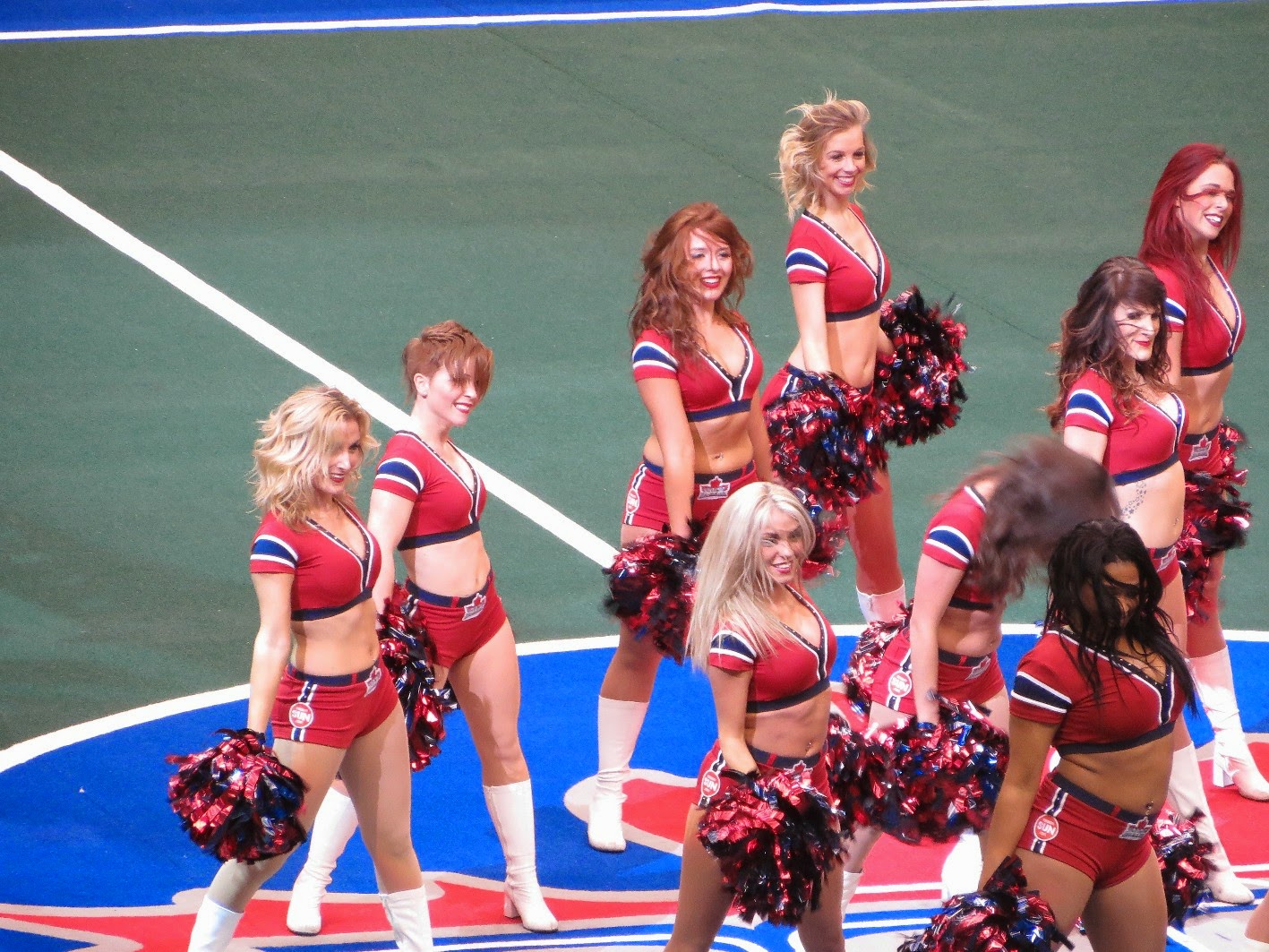 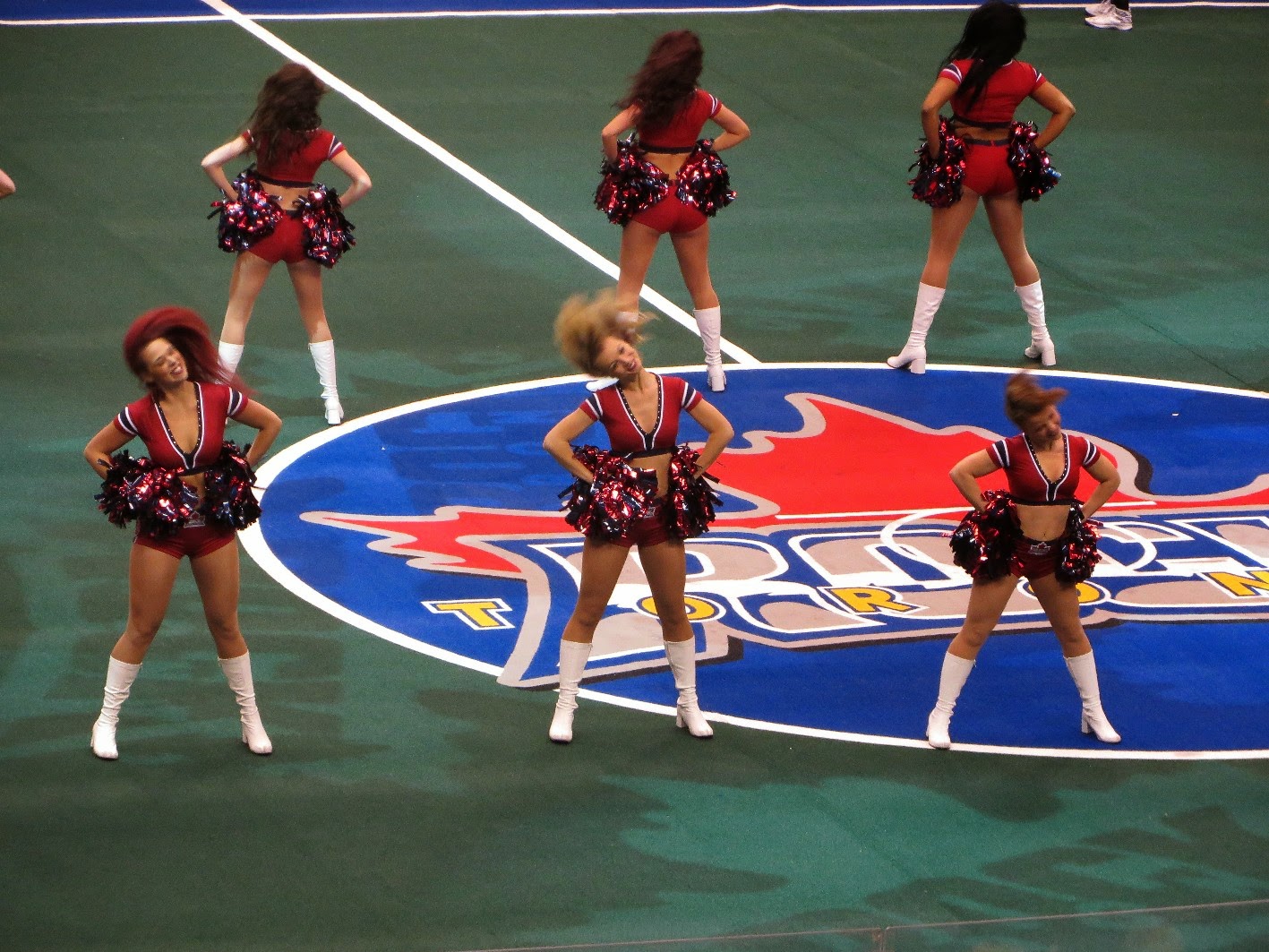 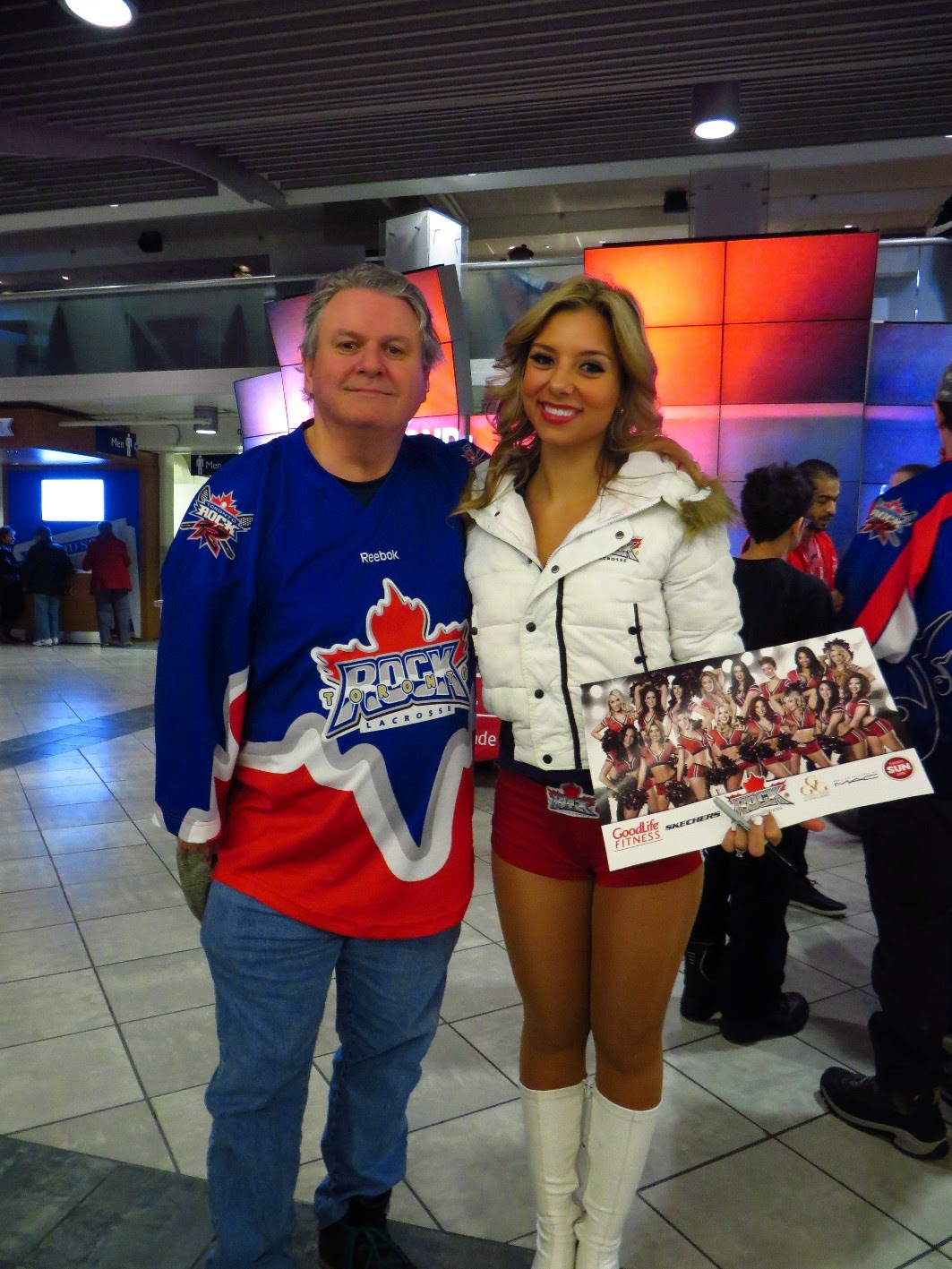 Second half action. The Rock were up 8-5 at the half, but the 11,716 in attendance were stunned when Calgary game back to tie the game at eleven with 3:23 left in the game. 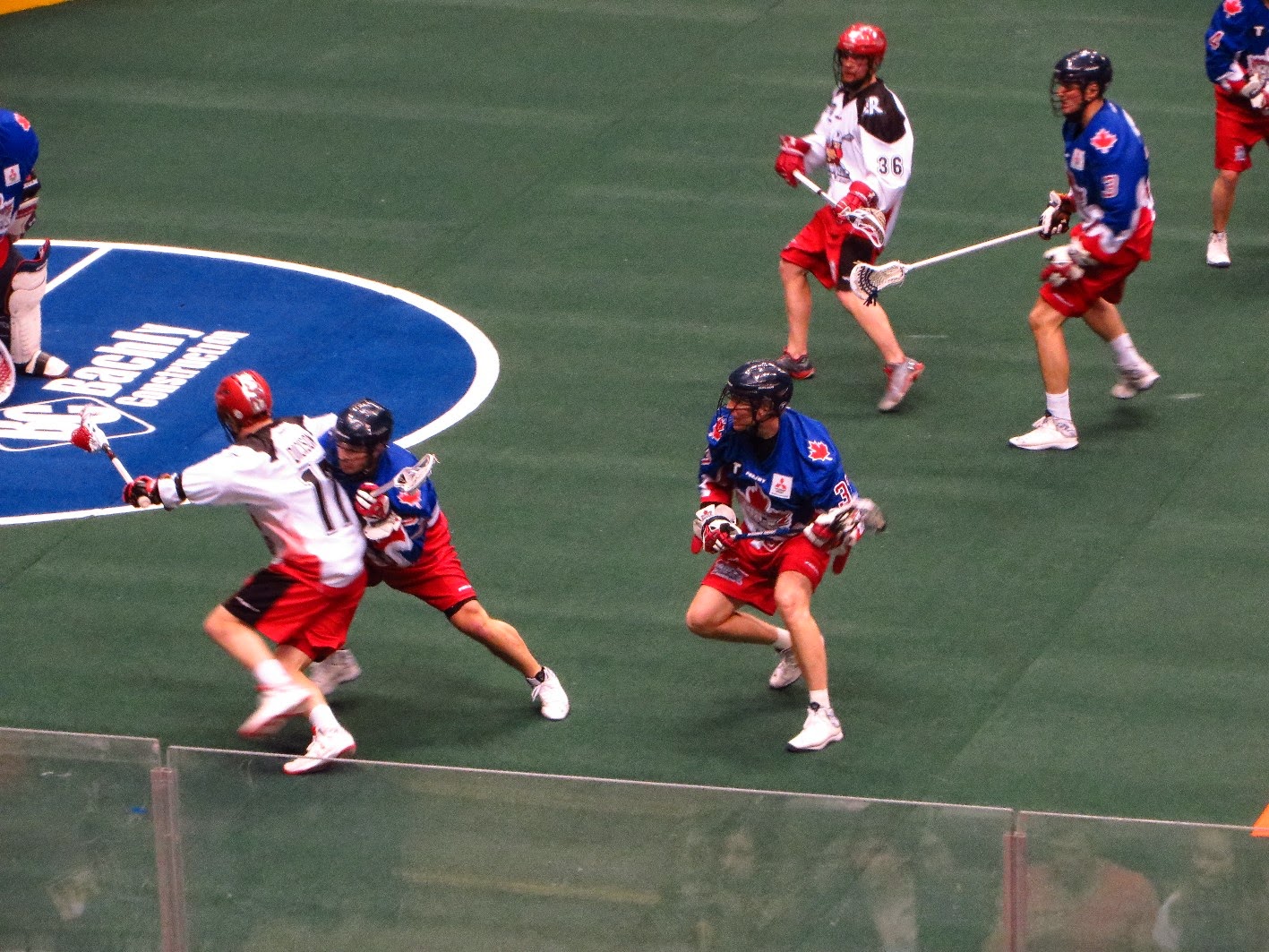 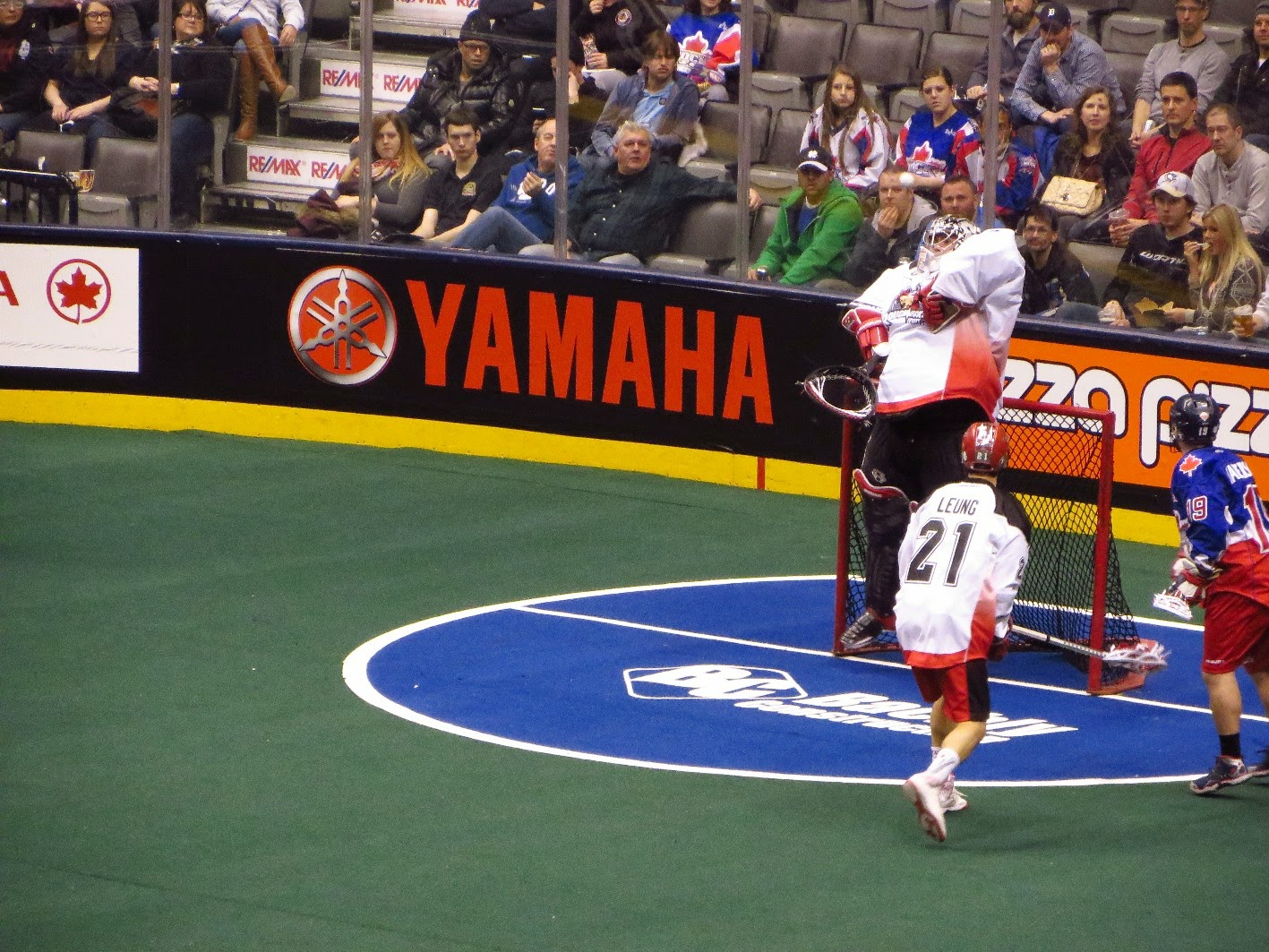 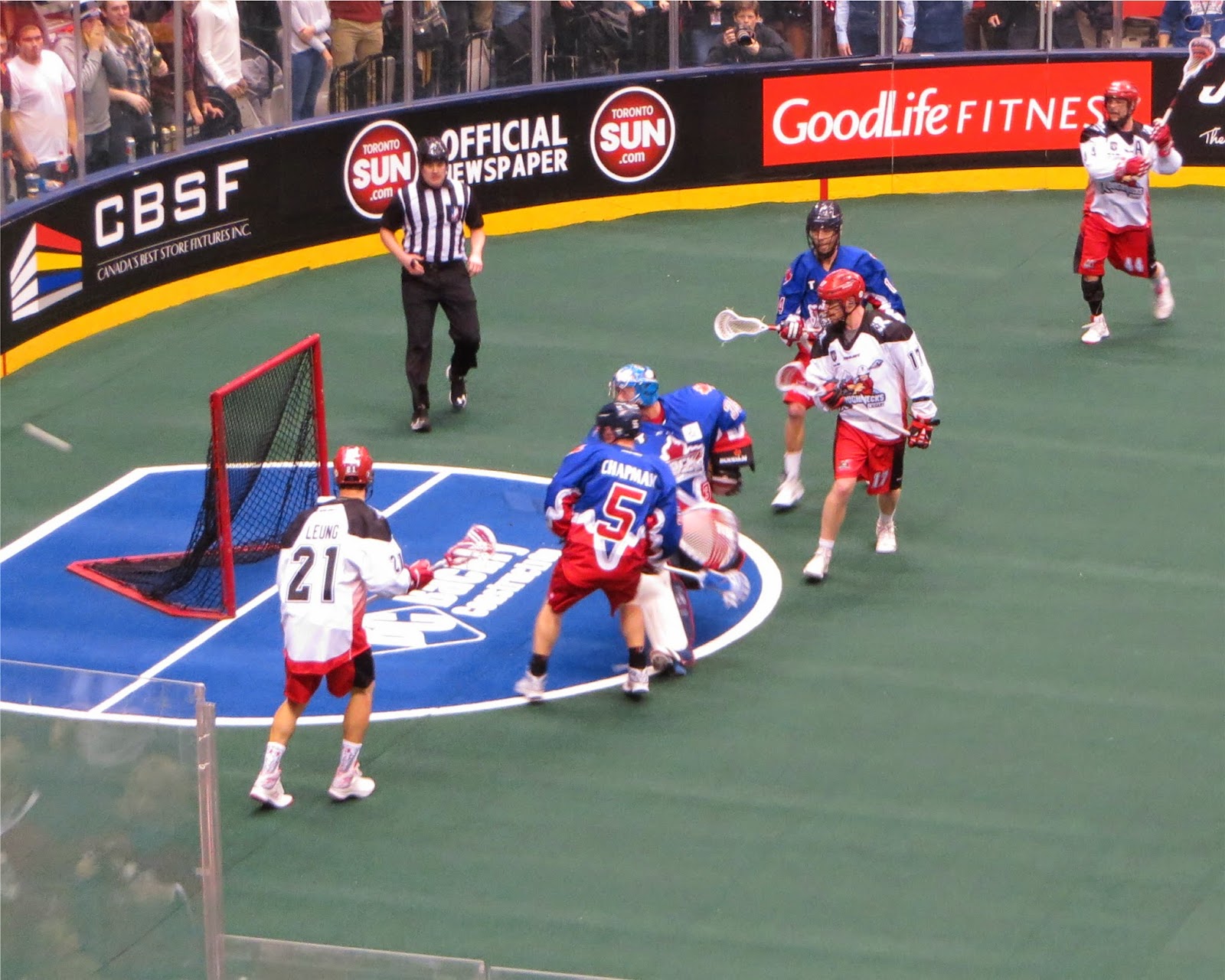 This picture may be blurry, but the important thing is the ball is in Calgary's net! 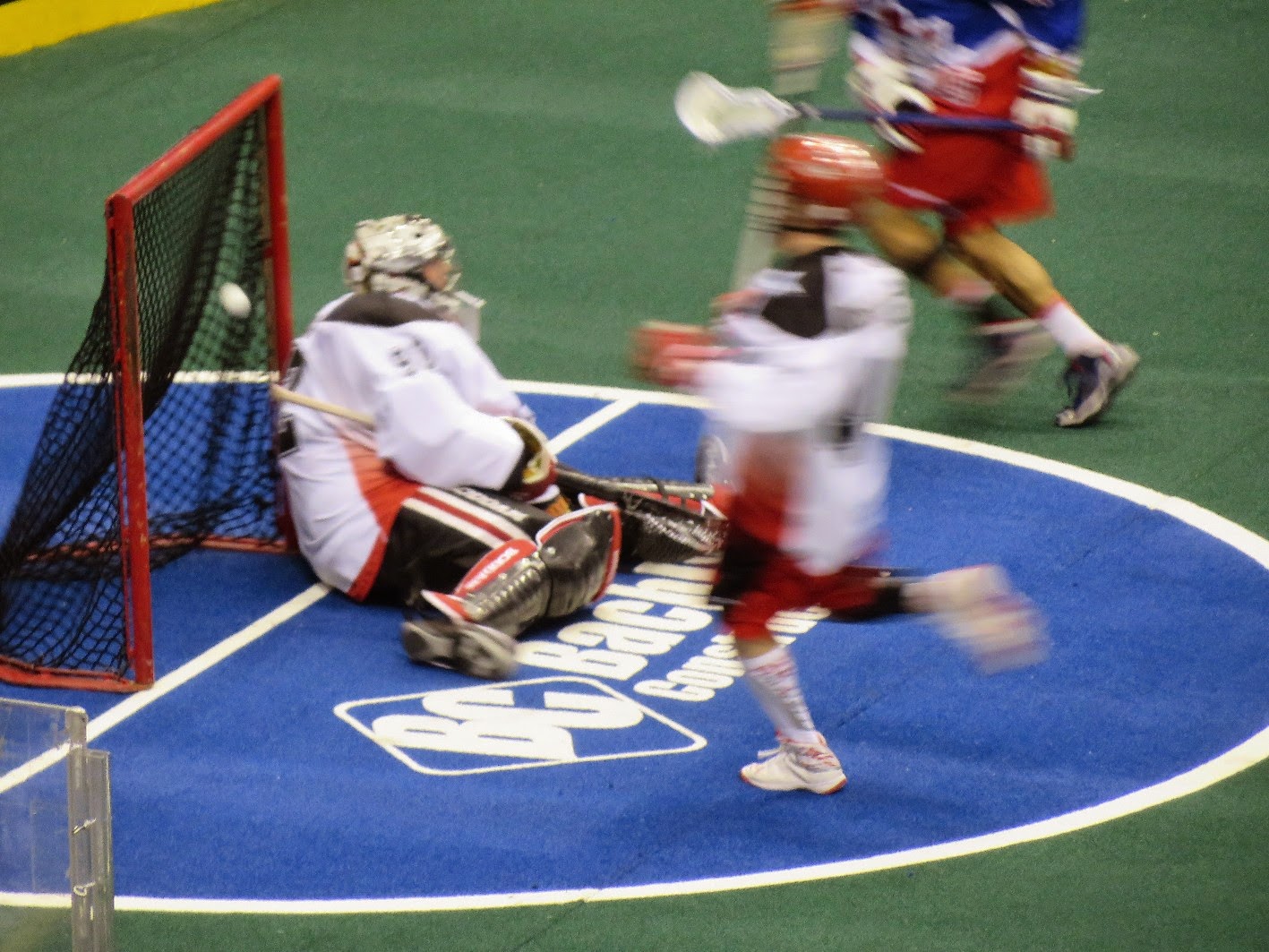 Thankfully overtime was not needed as Josh Sanderson put in the winner with a minute, forty-four left in the game for another Rock win!

The Rock congratulate themselves and then lap the arena to thank the fans. 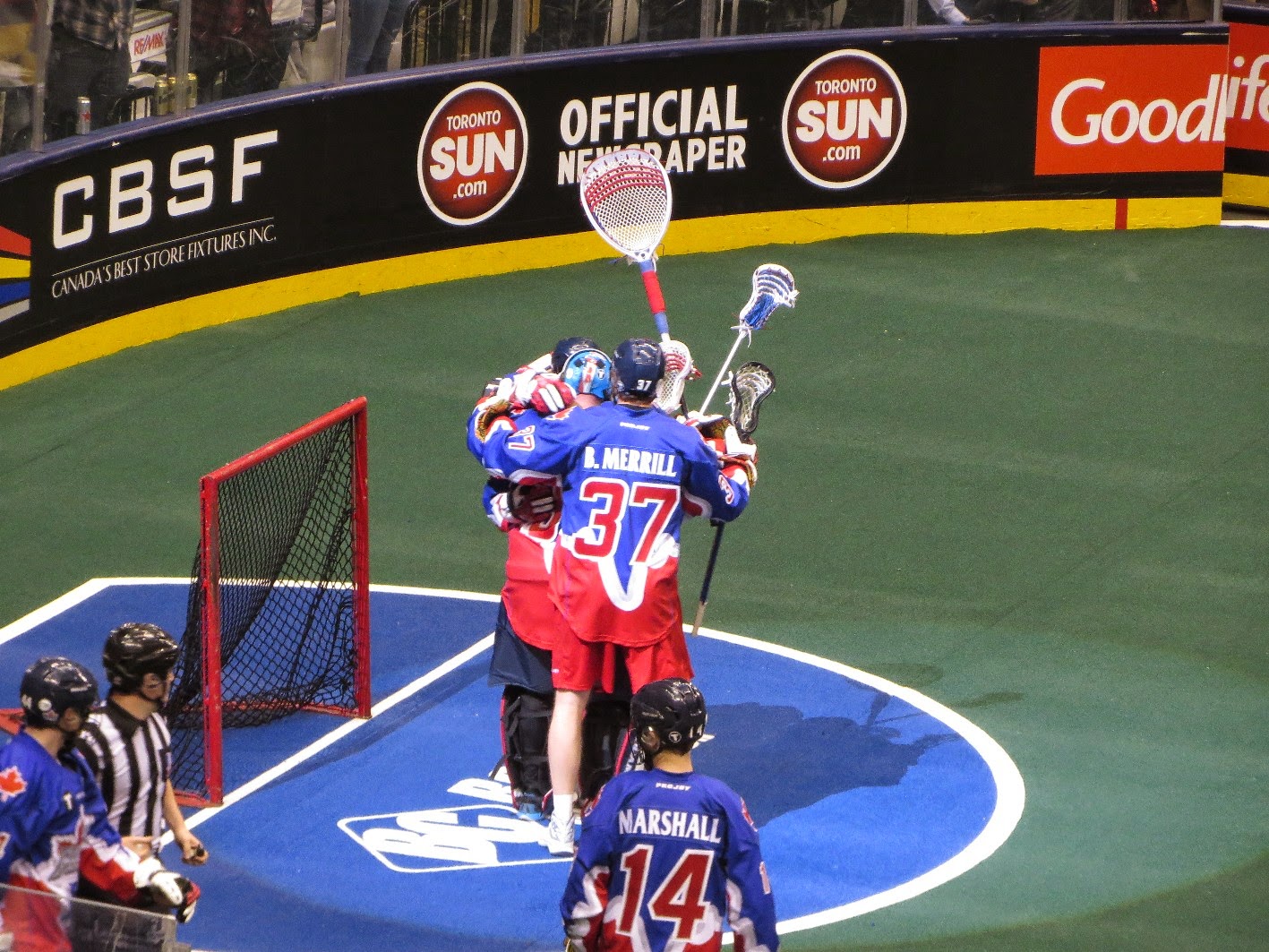 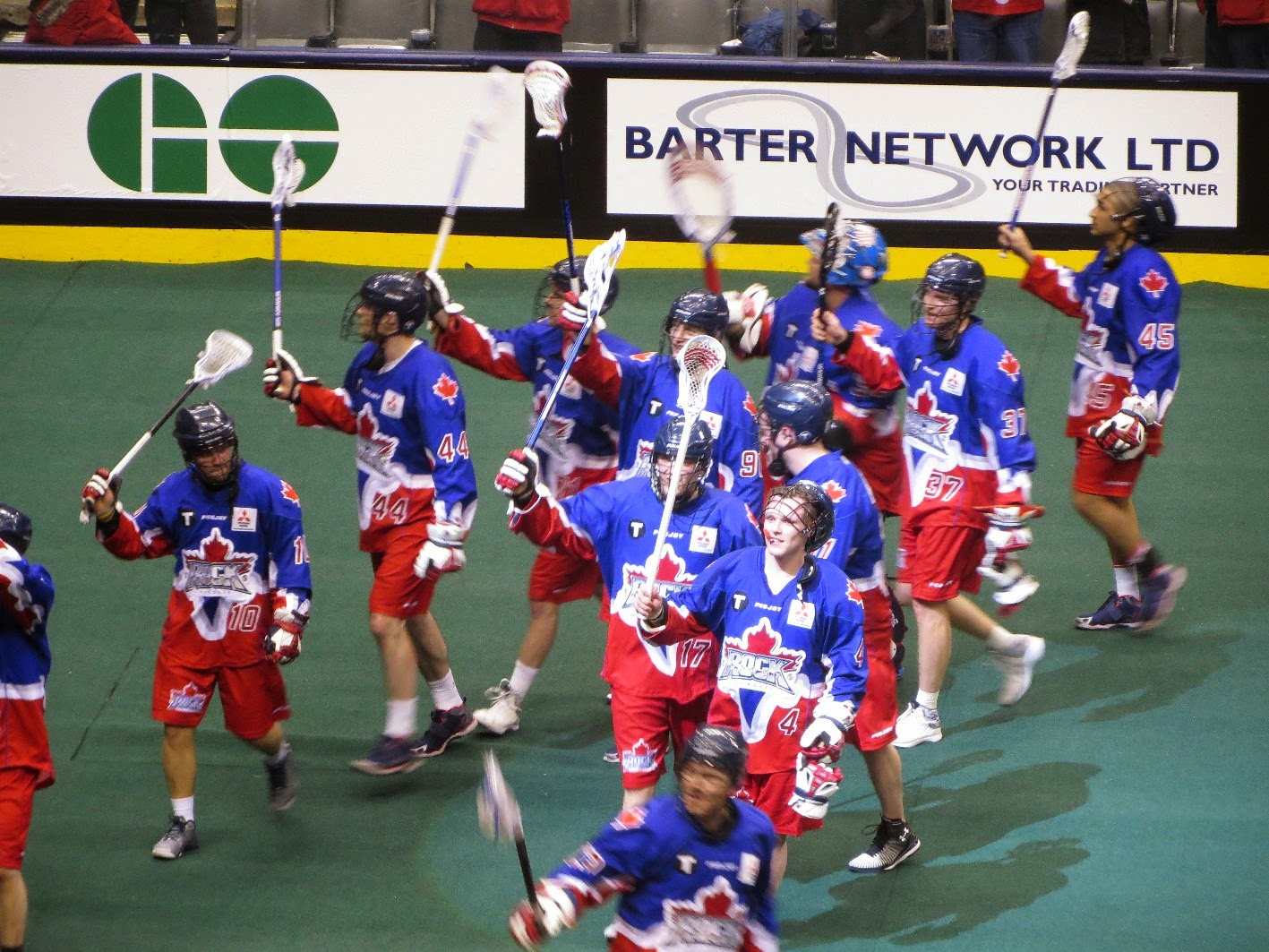 Goalie Brandon Miller was the first star of the game and this win was the 50th of his career. 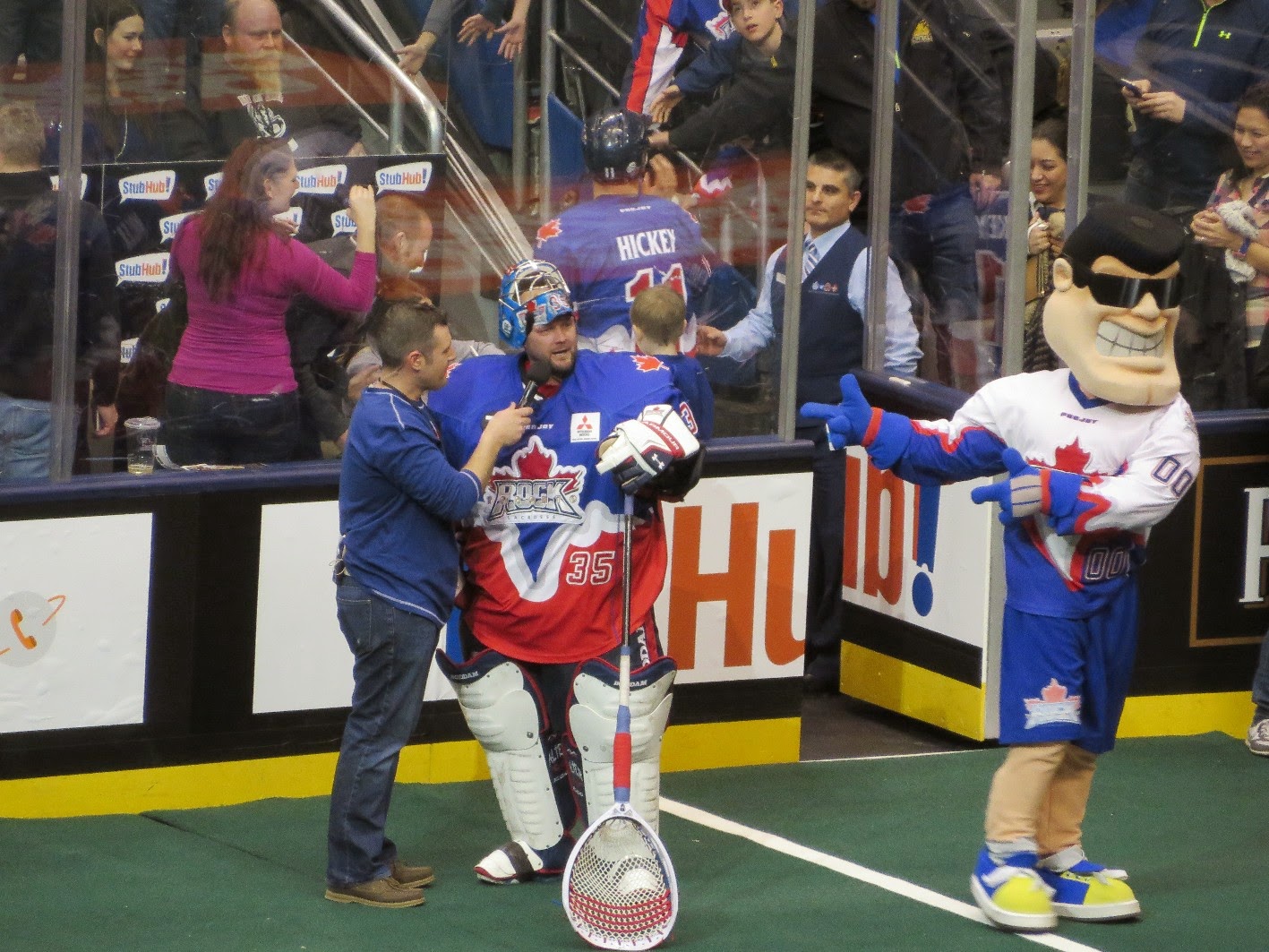 The Rock play again at home in two weeks against the Minnesota Swarm. It should be a chippy game as it will be a rematch as the two teams will meet the night before in Minnesota. Teena and I will be there.
Posted by Swordsman at 22:00