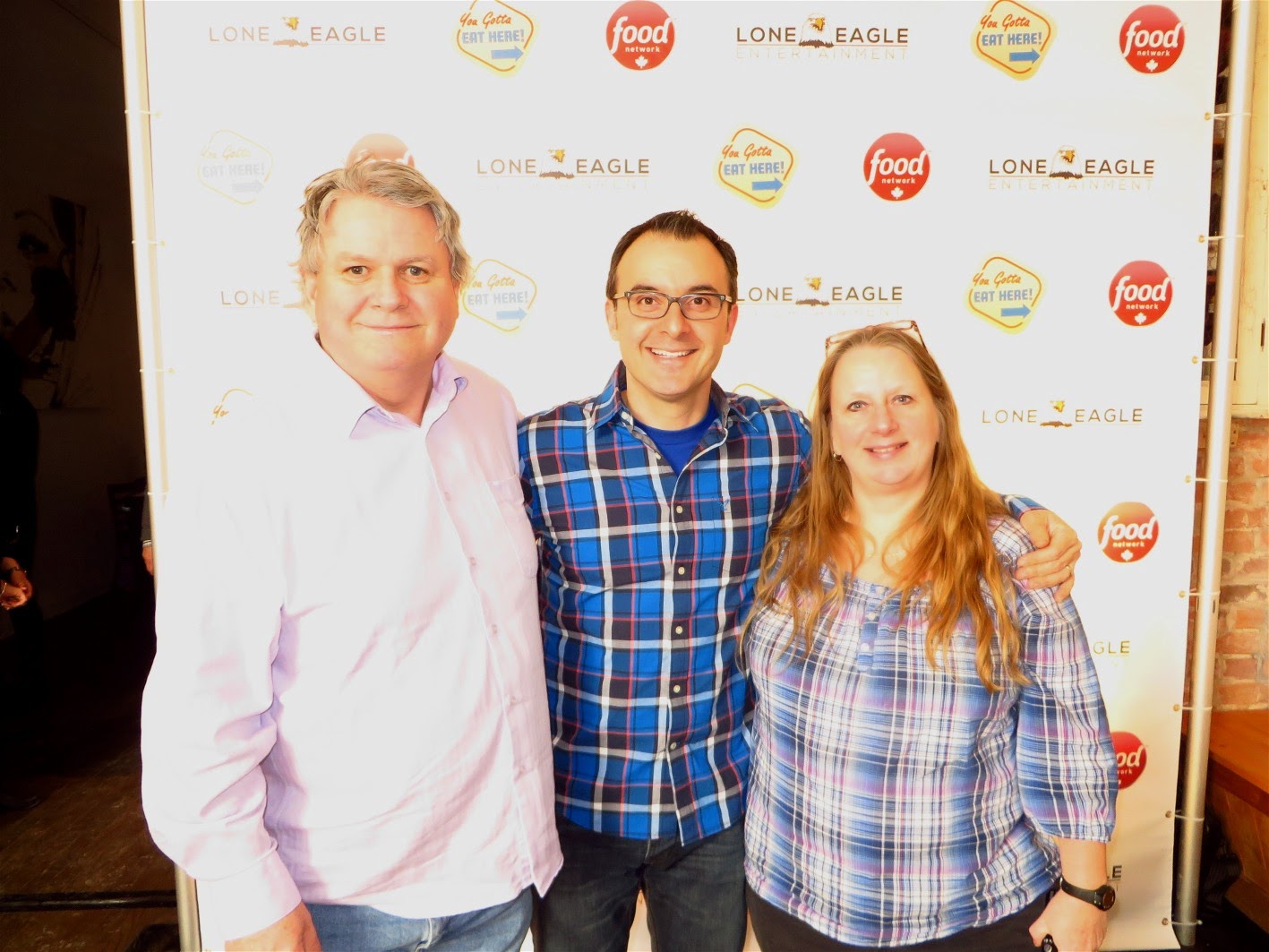 Tonight Teena and I were at the Season Four Premiere party for John Catucci's You Gotta Eat Here. We enjoy the show so it was a kick to be invited and to meet John himself. He is a very personable guy.

The party was held at Pizzeria Via Mercanti in an old historical building on Elm Street just east of University. 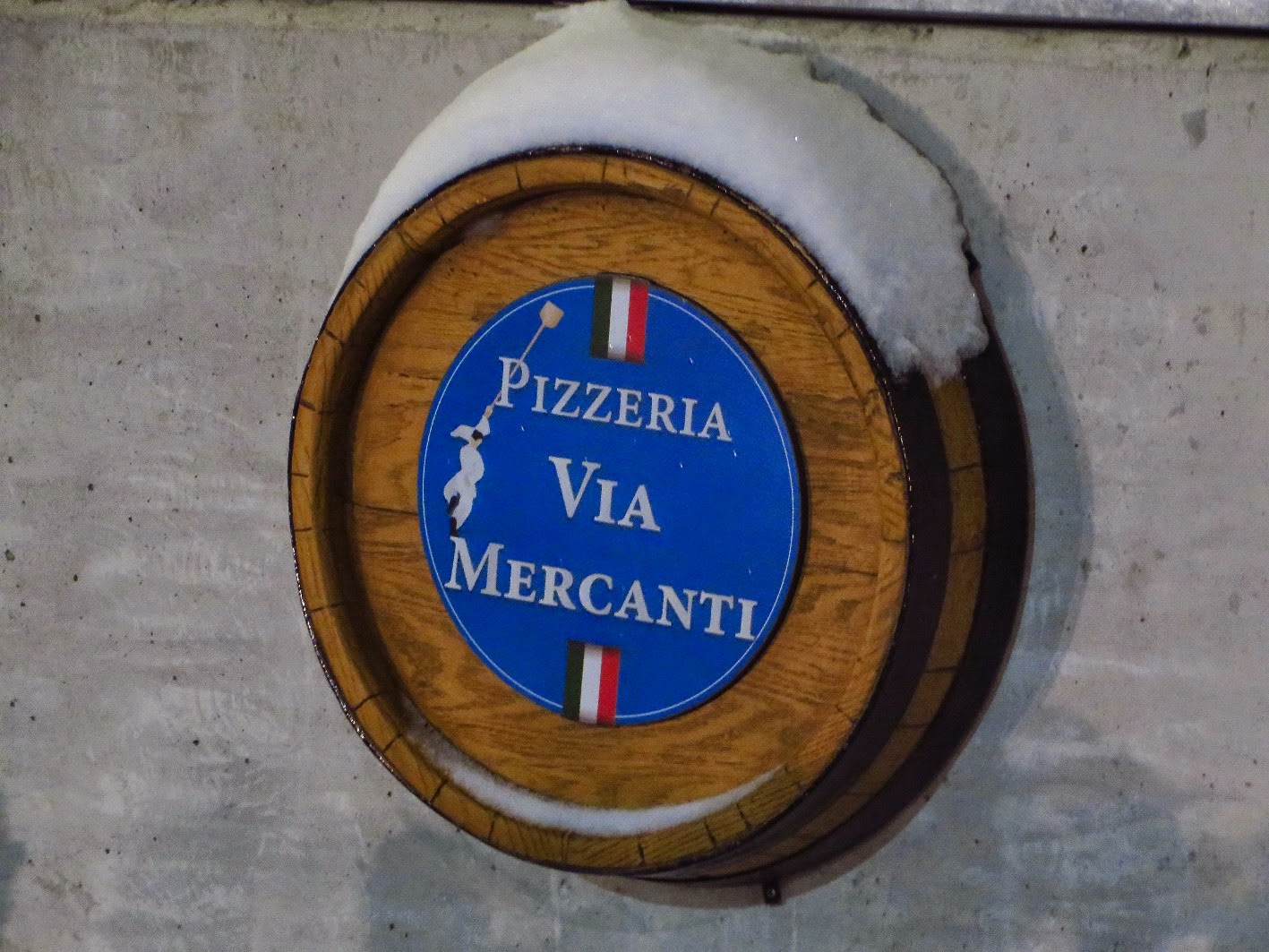 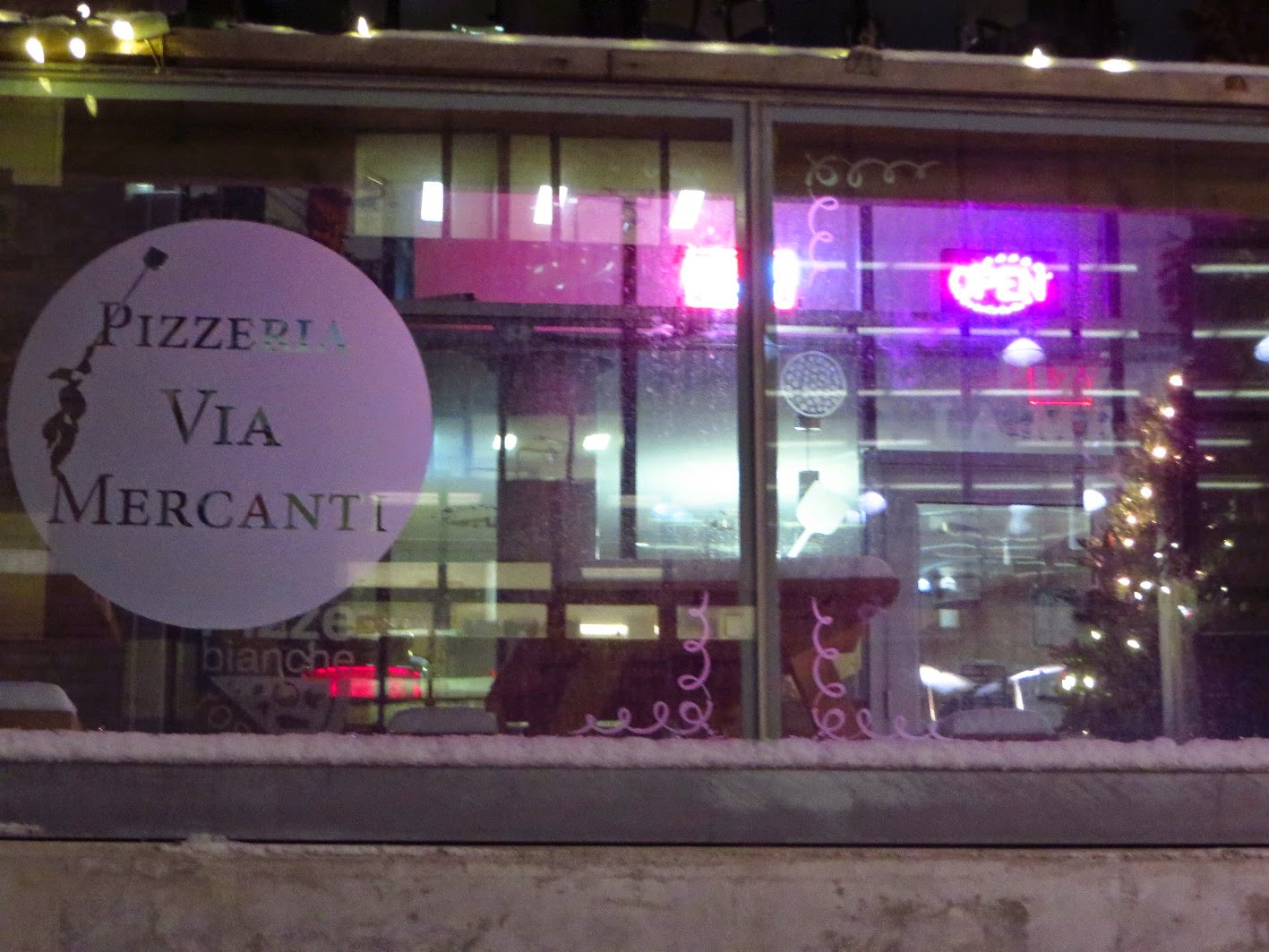 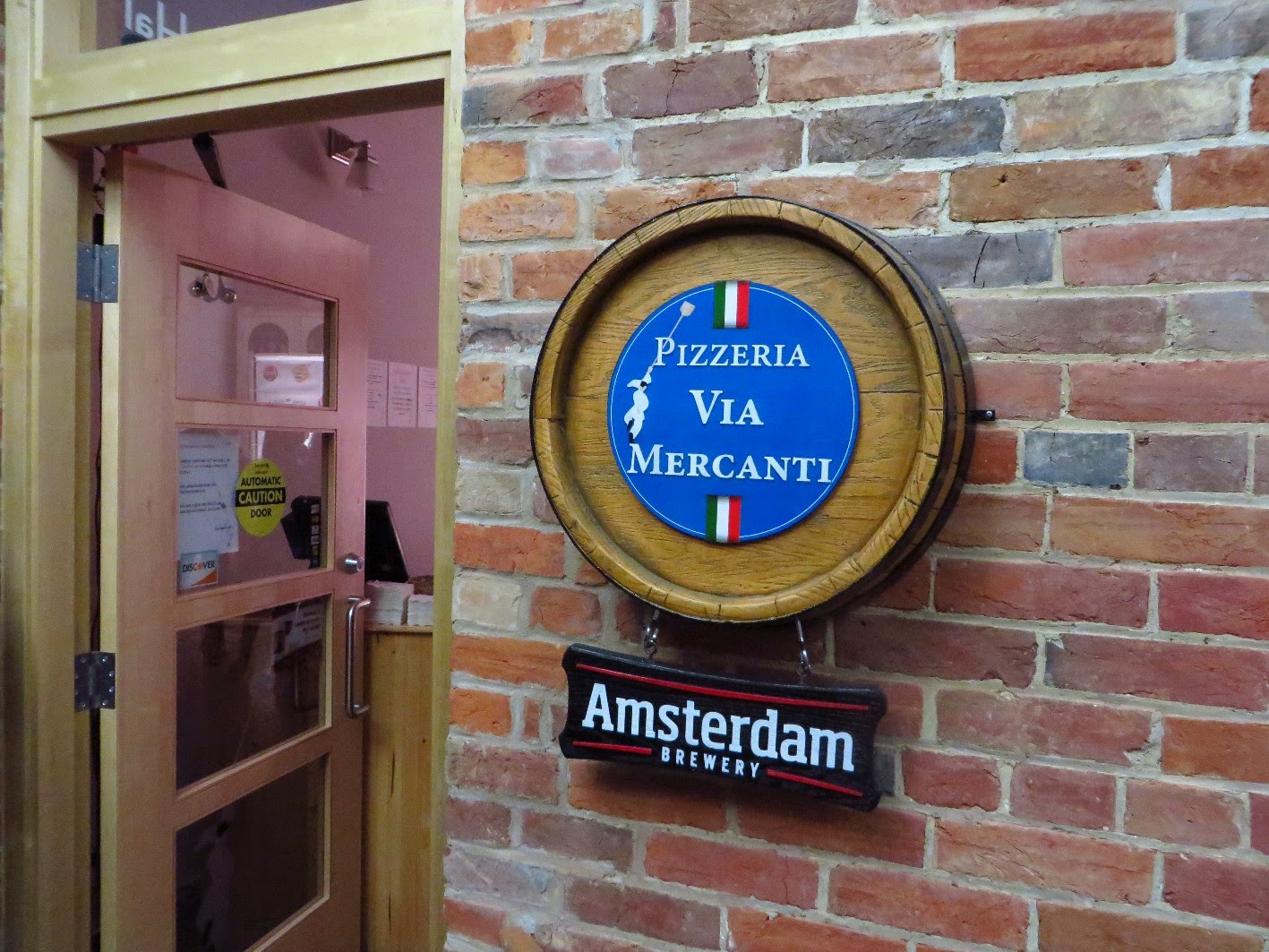 Here is Dominic, husband of one of the partners, serving up some of the restaurants fare. It was all great and we left full. Their version of Mac and Cheese with fresh made pasta was my favorite and just by coincidence was one of the dishes featured by Pizzeria Via Mercanti, on the first part of the premiere episode of this seasons show. How about that?   It was fabulous, one of the best I have had. 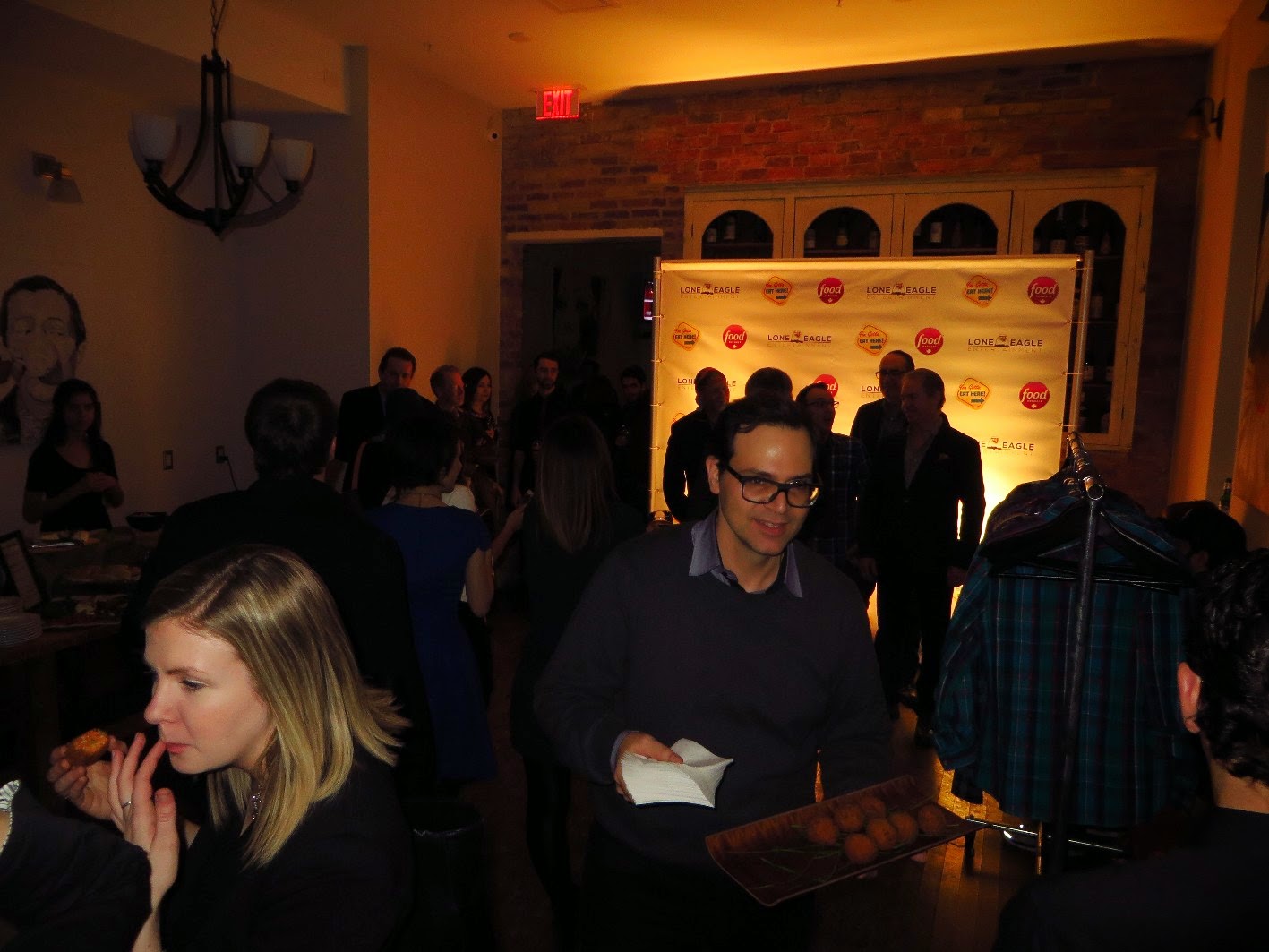 We had a some wine. 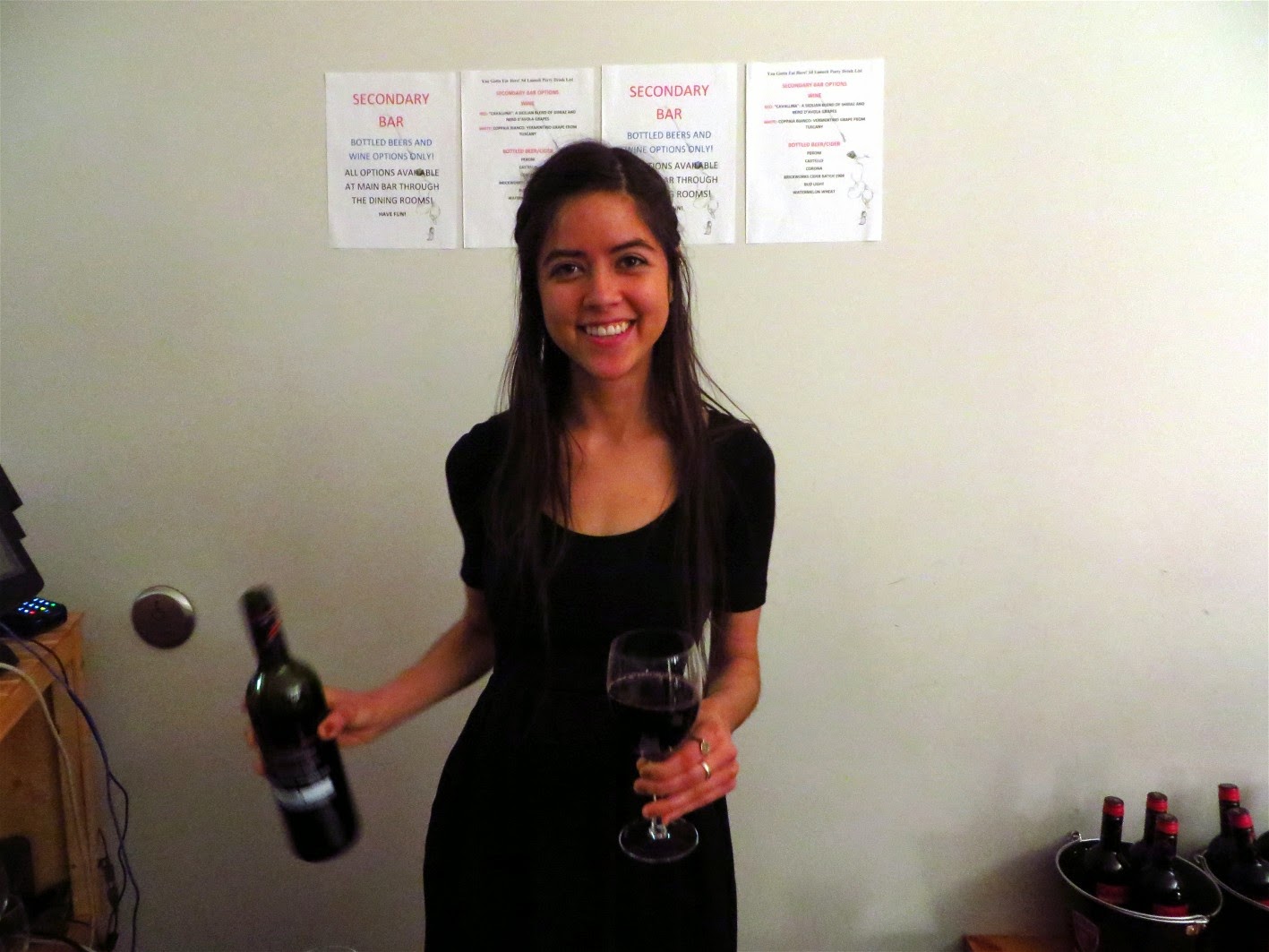 The antipasto was tasty and generous. I didn't realize they would be coming out later with rice balls, pizza, meatballs, plus generous servings of mac and cheese or I wouldn't have had so much. 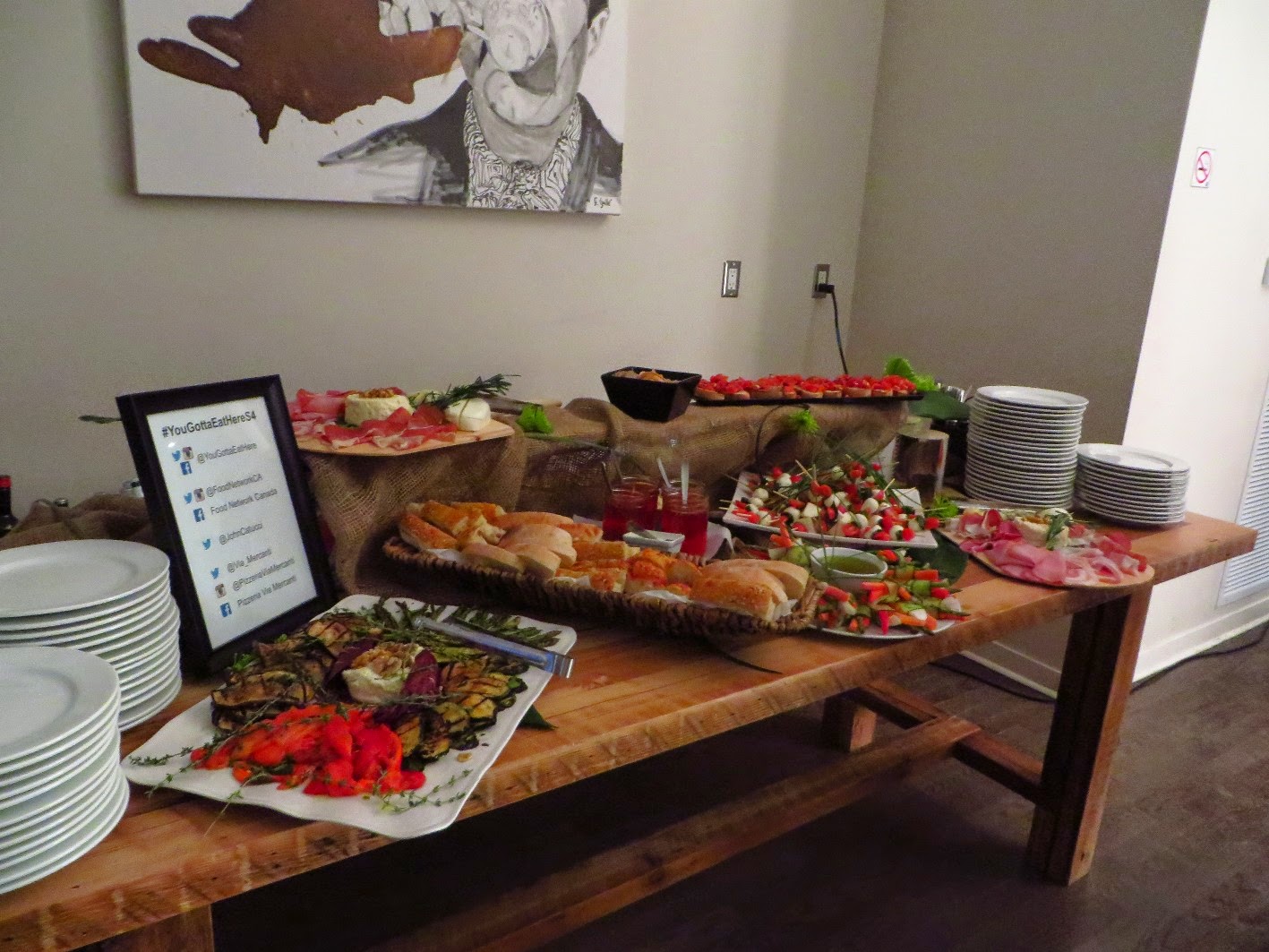 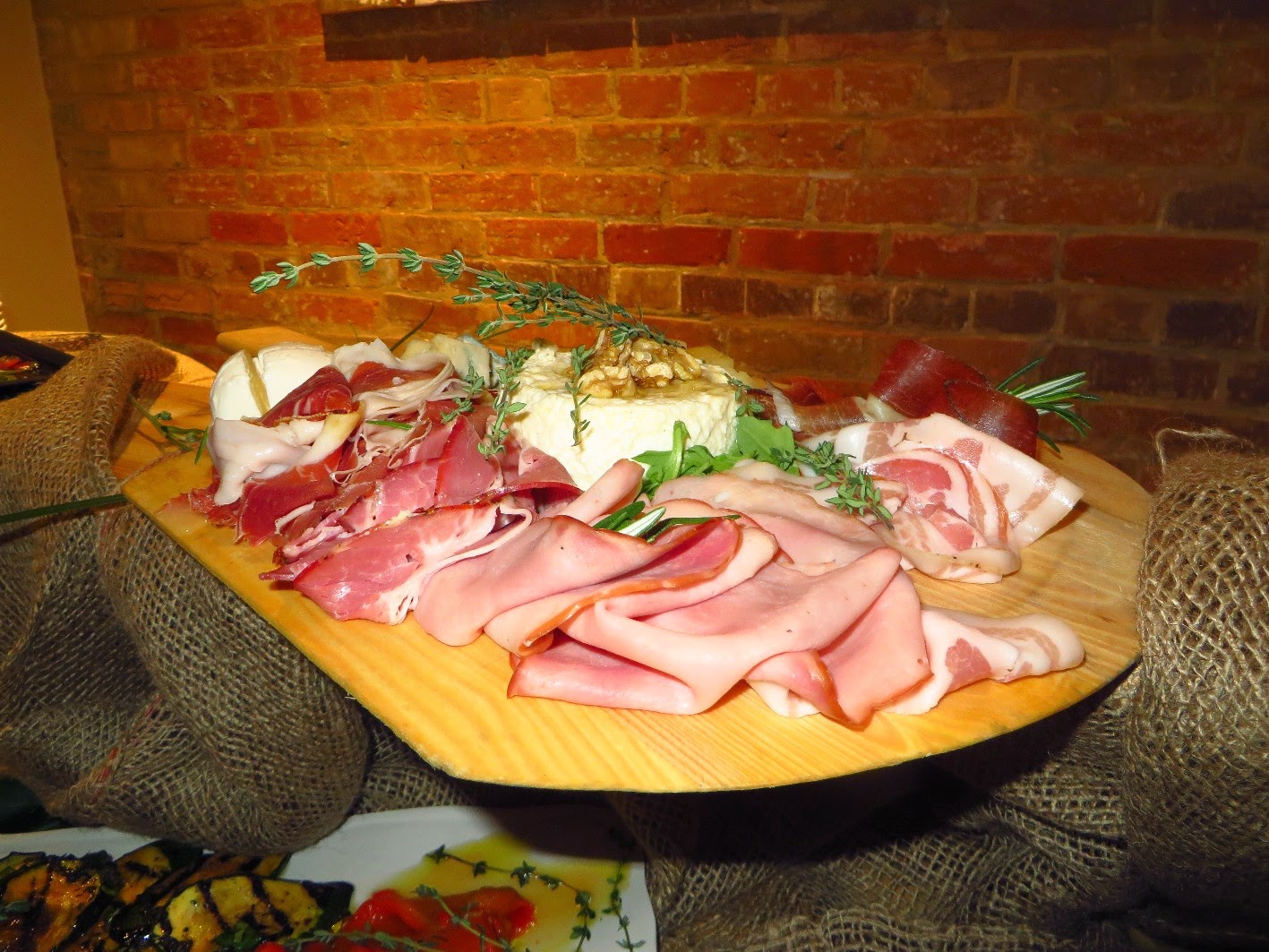 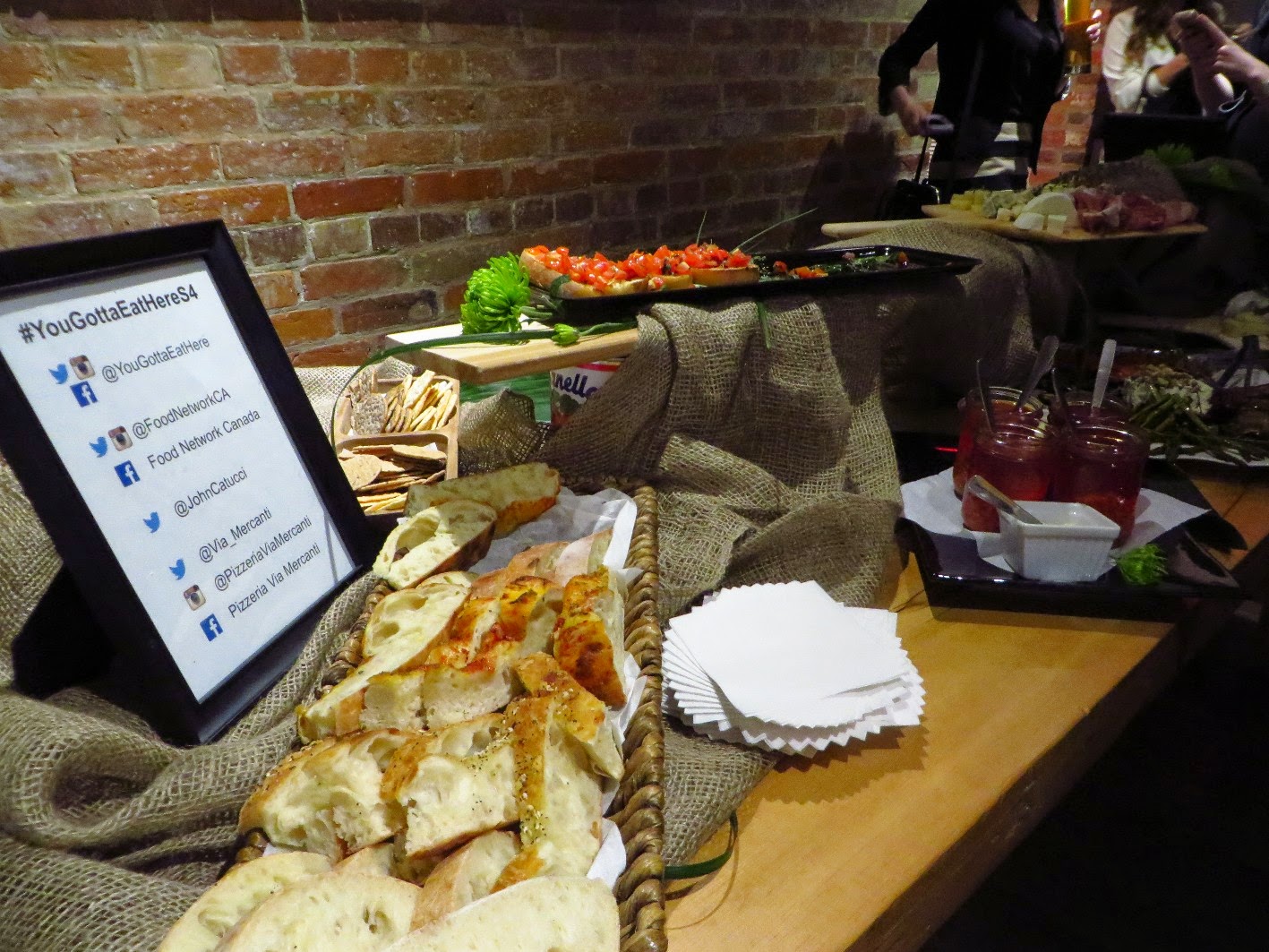 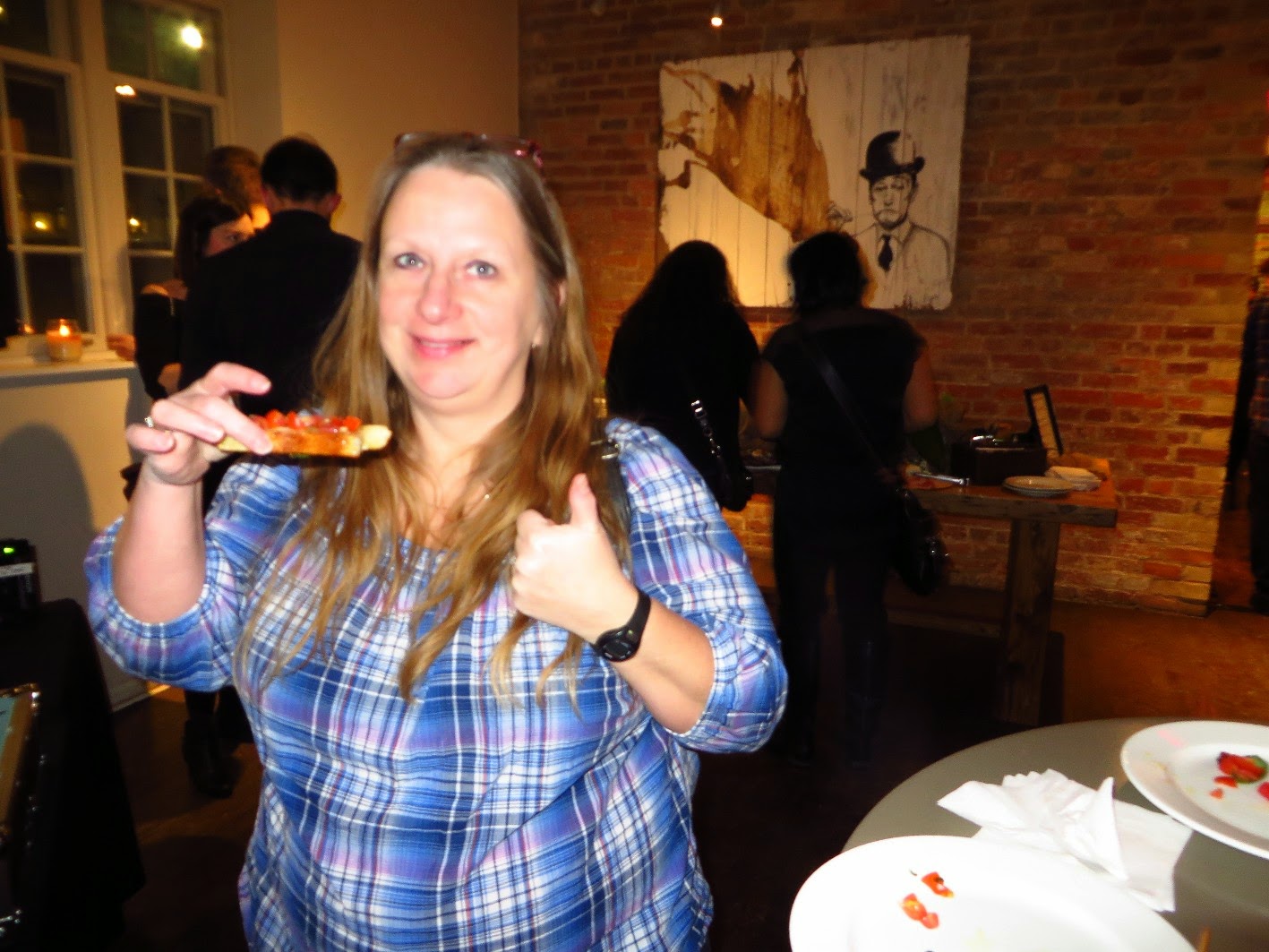 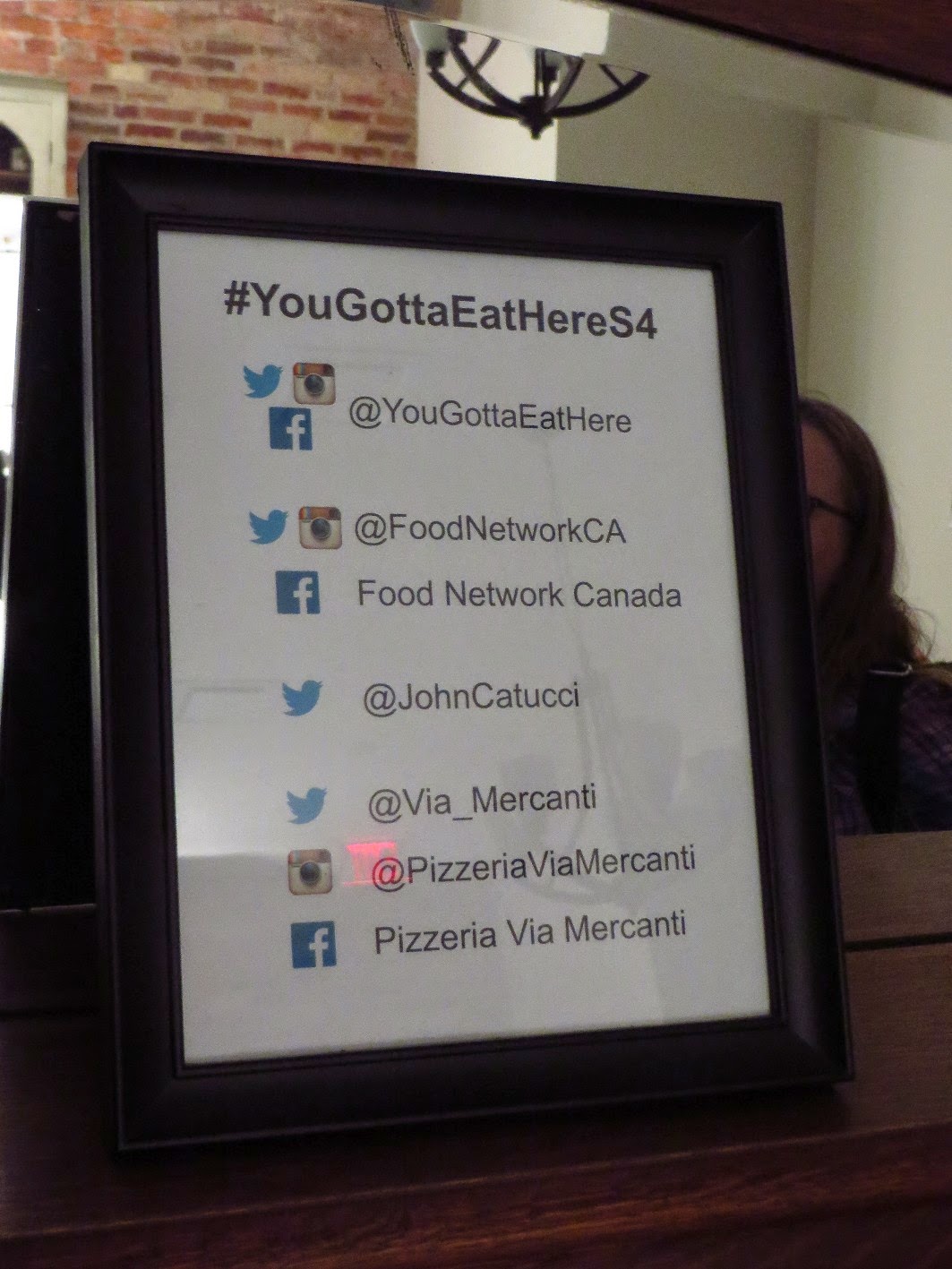 Lots of people were there. It started small by was jammed close to show time. 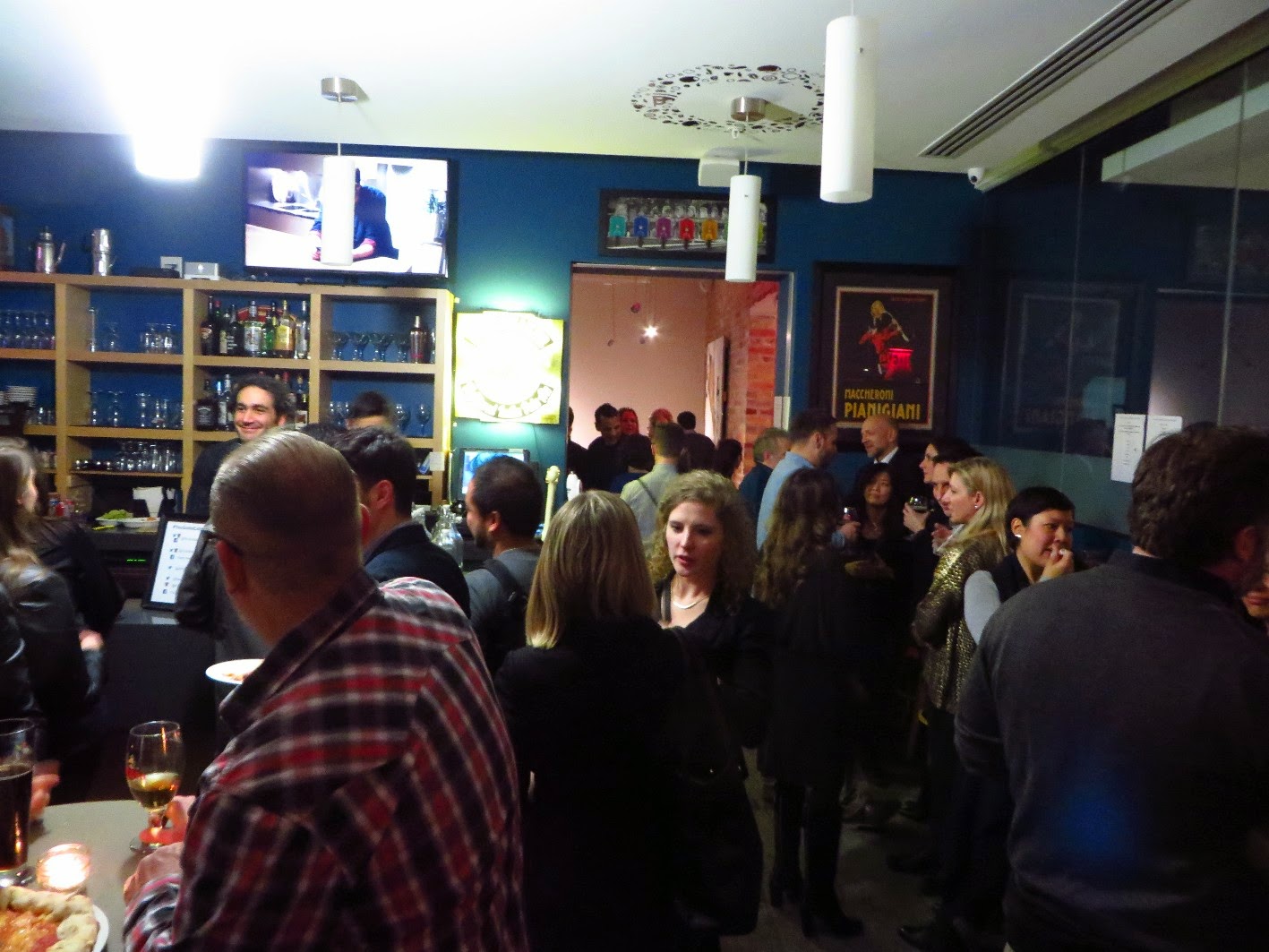 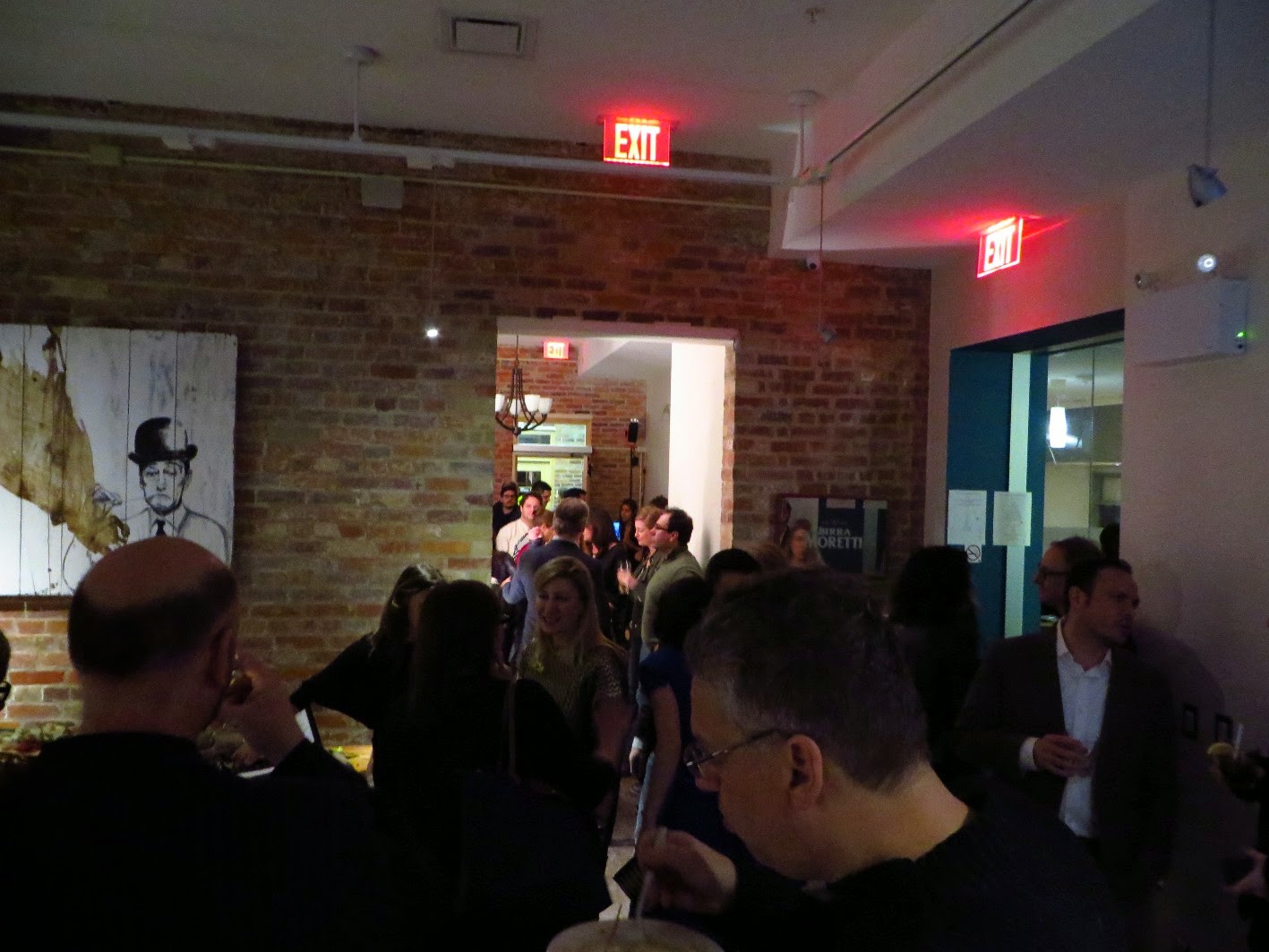 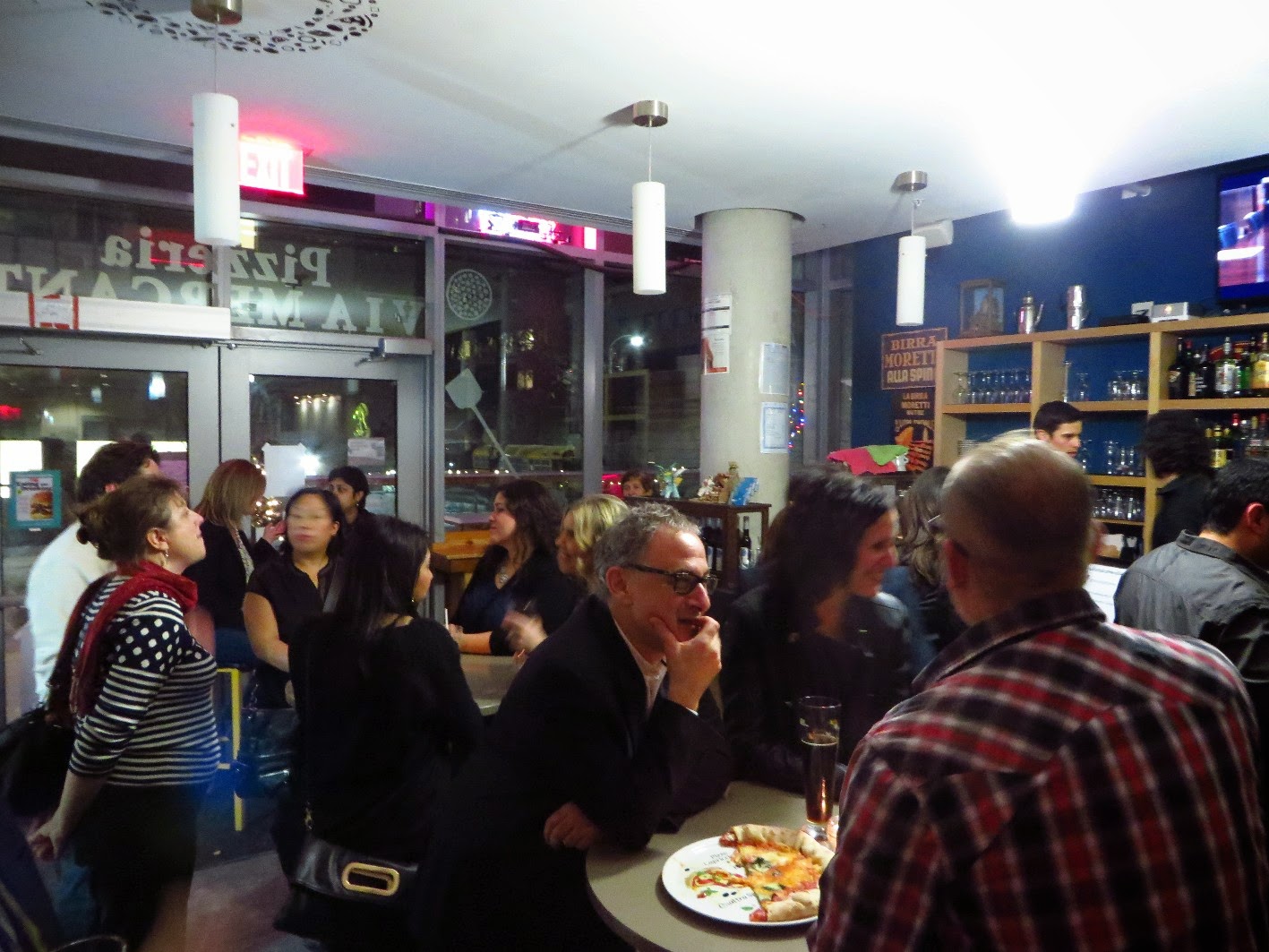 Then it was time for the introduction of the show and of its star, John Catucci. While John was talking, he was informed that the show had just been renewed for a fifth season. 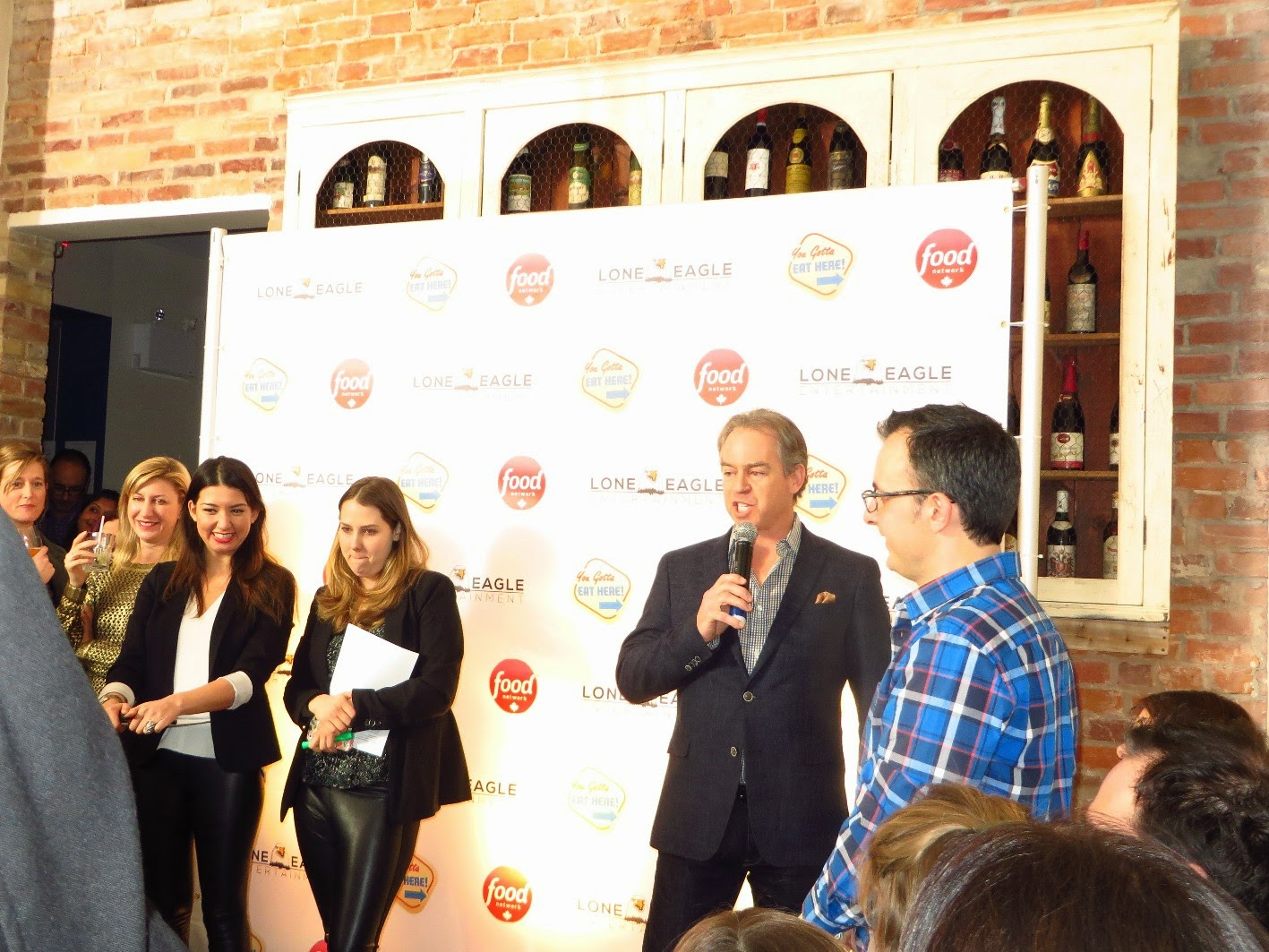 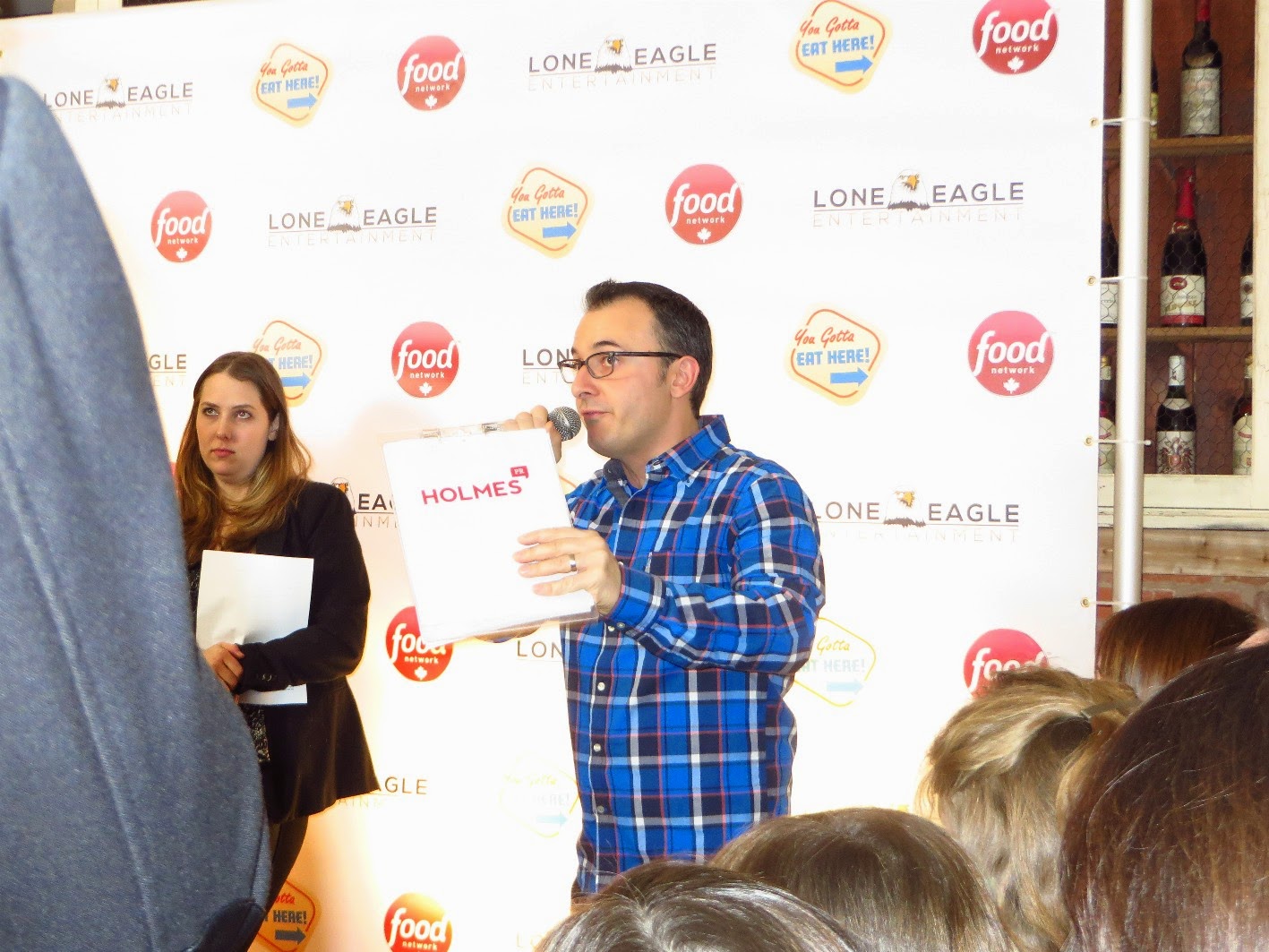 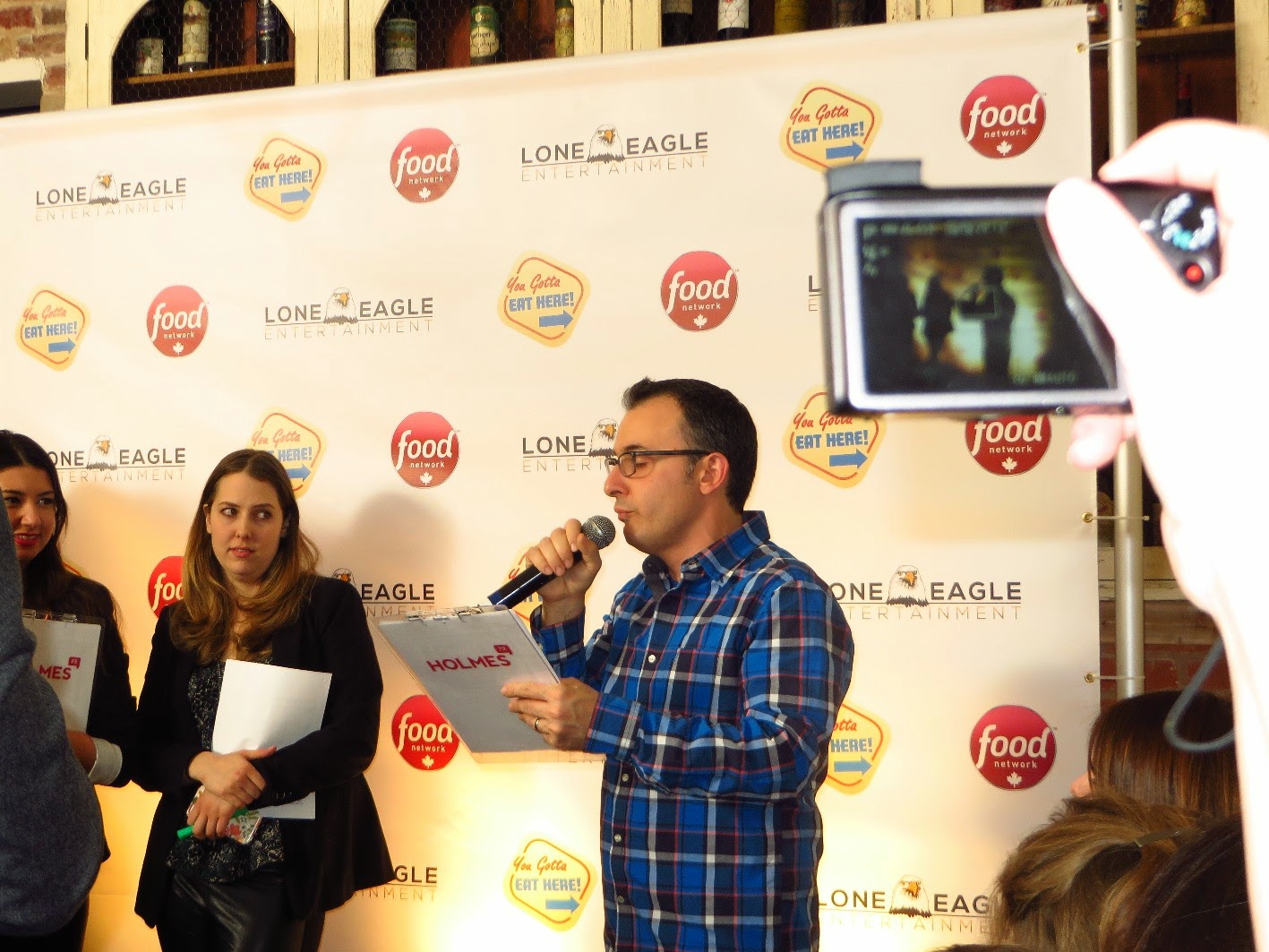 Right after the speeches, the show started and Pizzeria Via Mercanti was first up. 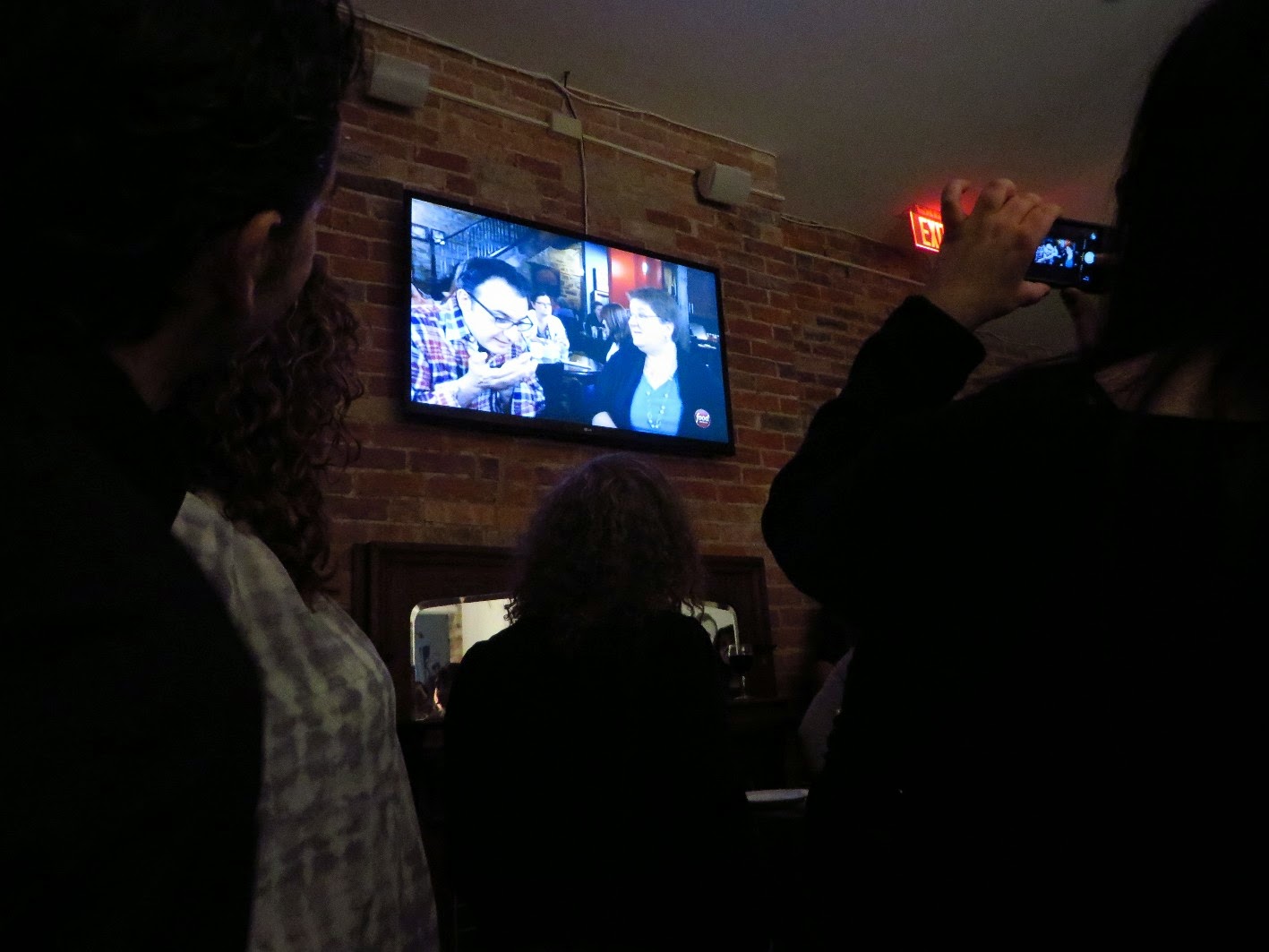 It was a fun night and I'm glad we were invited. We enjoy the show, so it was a great kick to be at the premiere party and to meet John.
Posted by Swordsman at 22:30