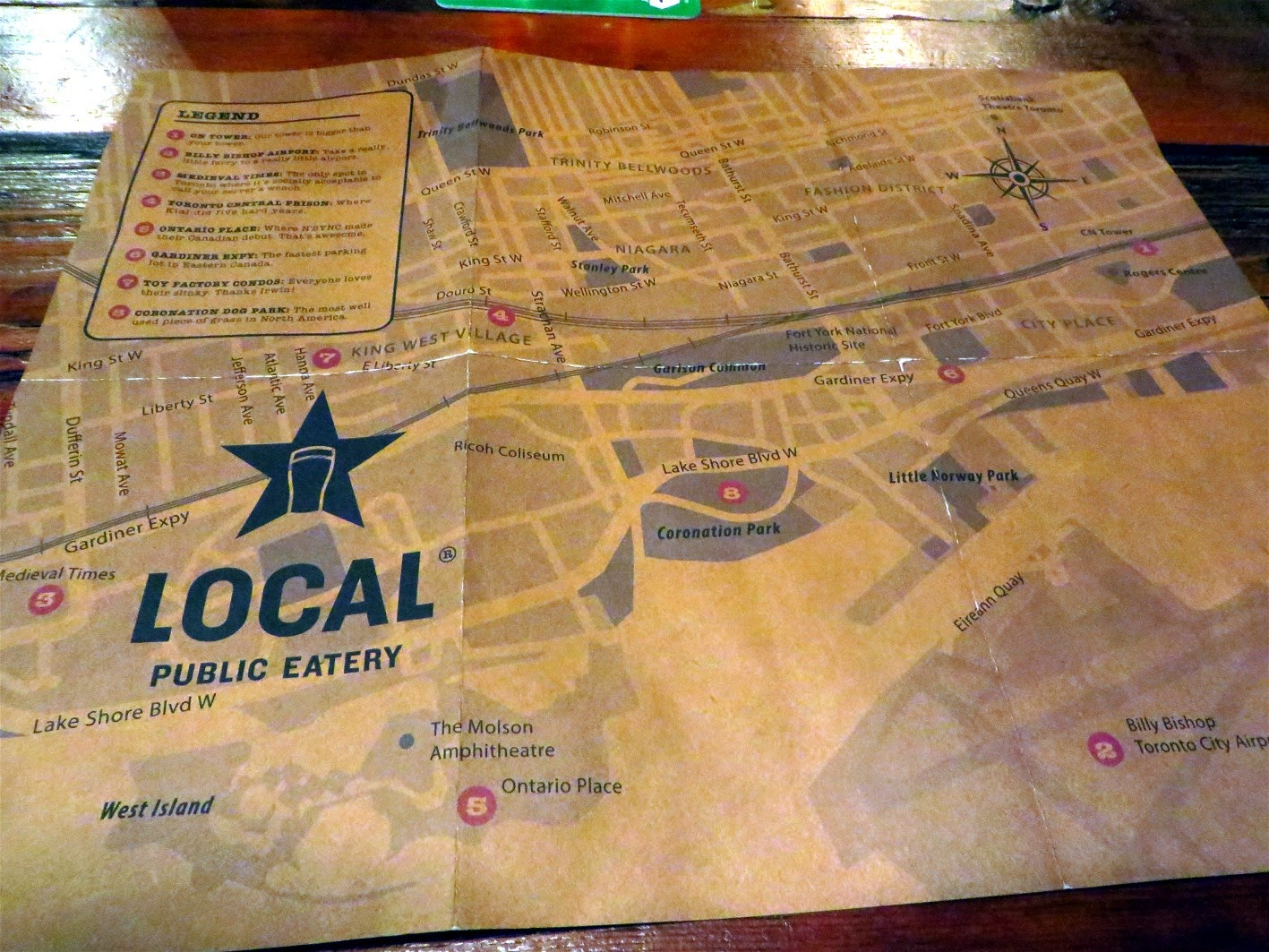 Late this afternoon, Teena and I headed over to the Local Public Eatery in Liberty Village. So far there hasn't been a bar, pub or restaurant in Liberty Village that has had us wanting to come back for more. That is until today. 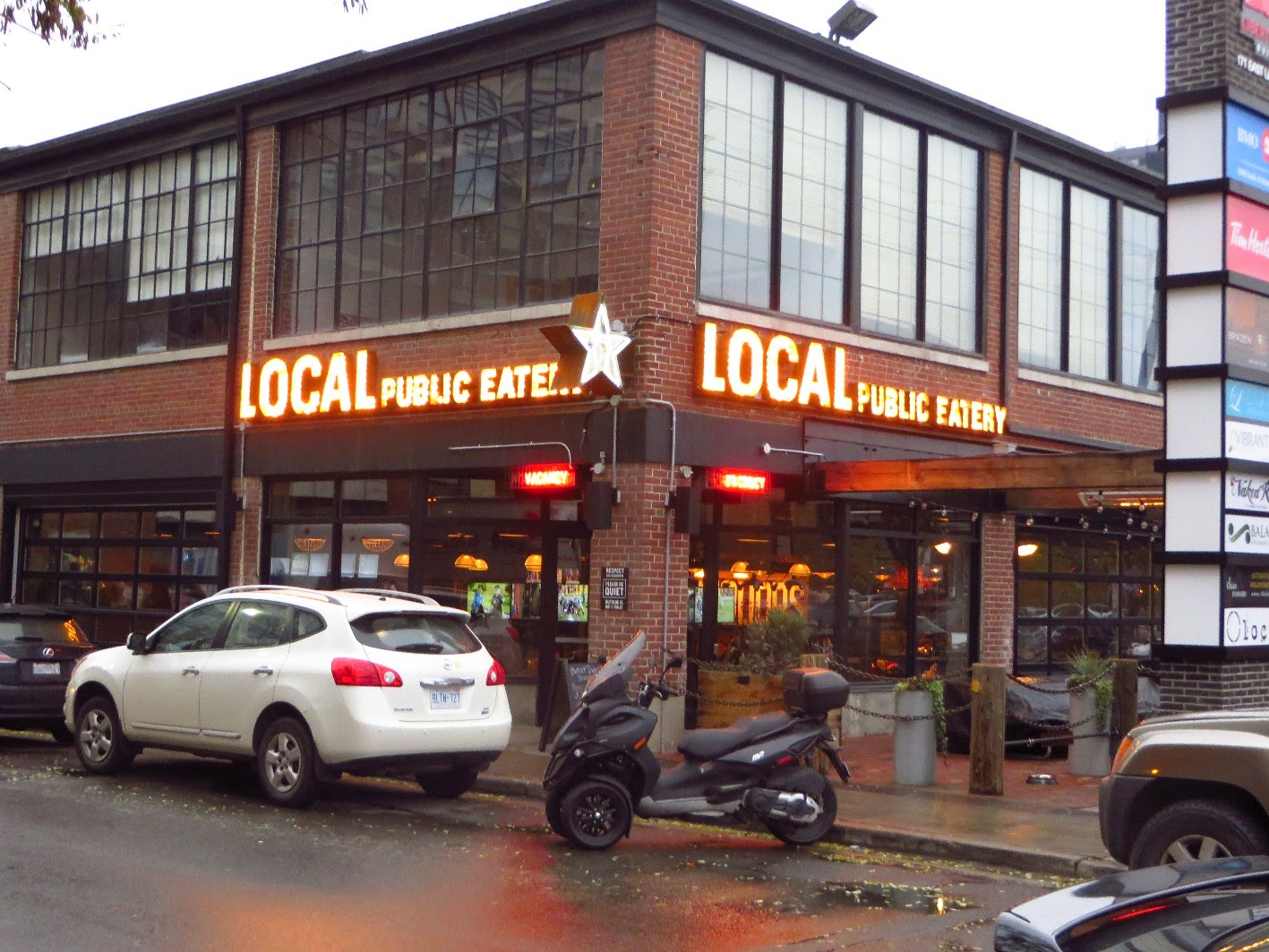 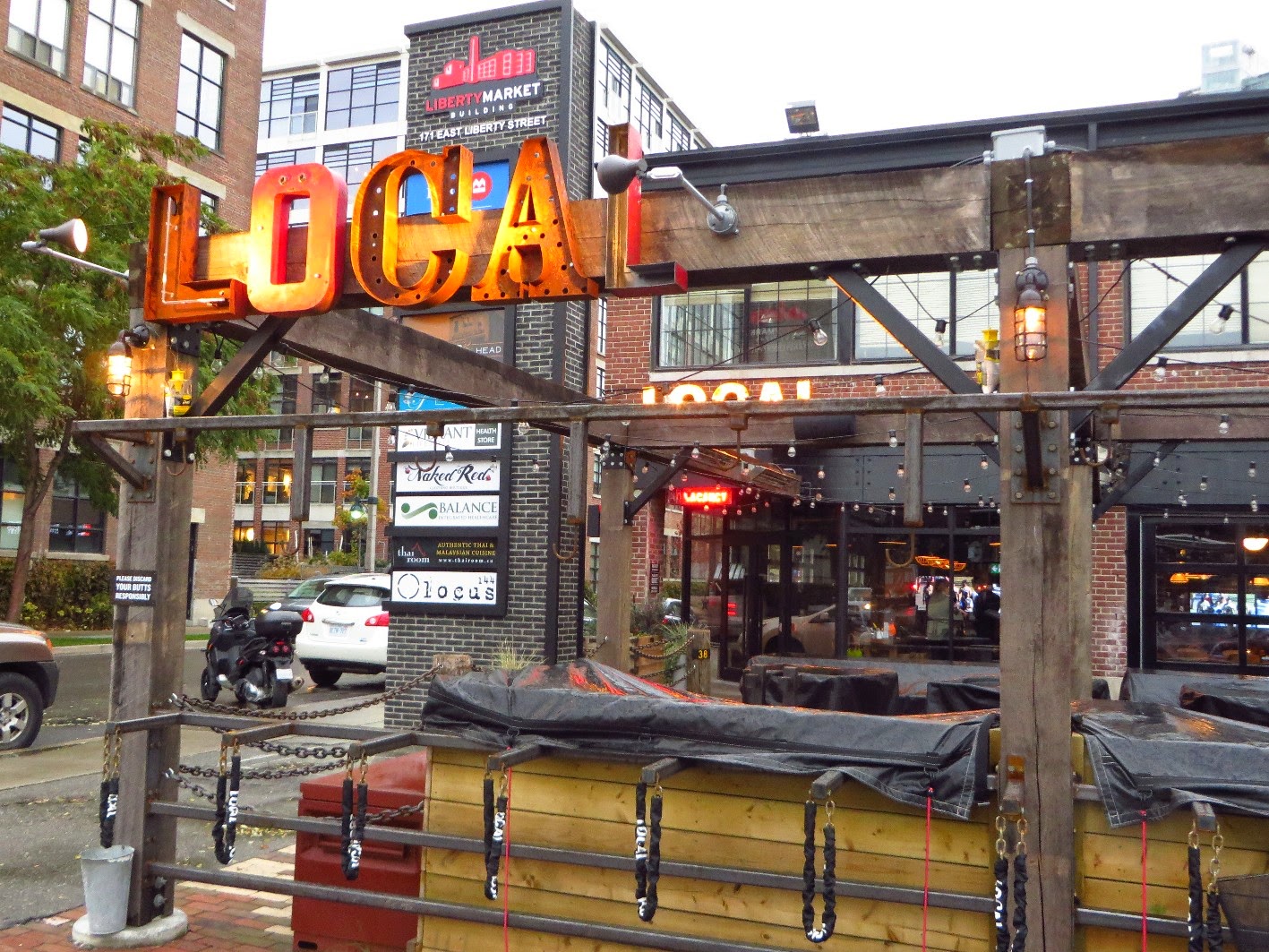 I am looking forward to the patio next summer when it opens, which although it is not an Italian neighborhood, features a Bocce Ball court.  Should be a fun place to be.

The place is below level with roll-up windows all around which open for the nice days. 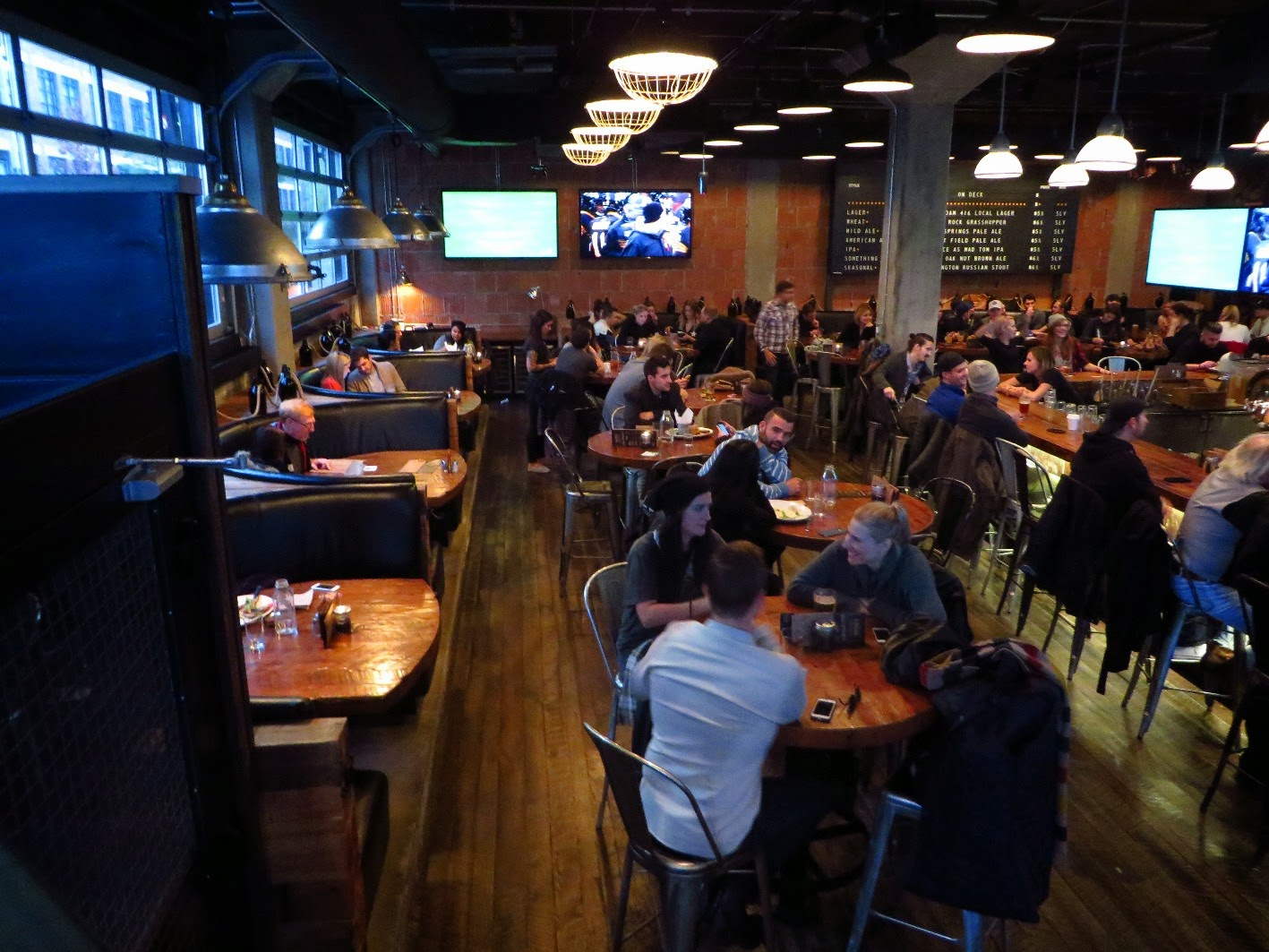 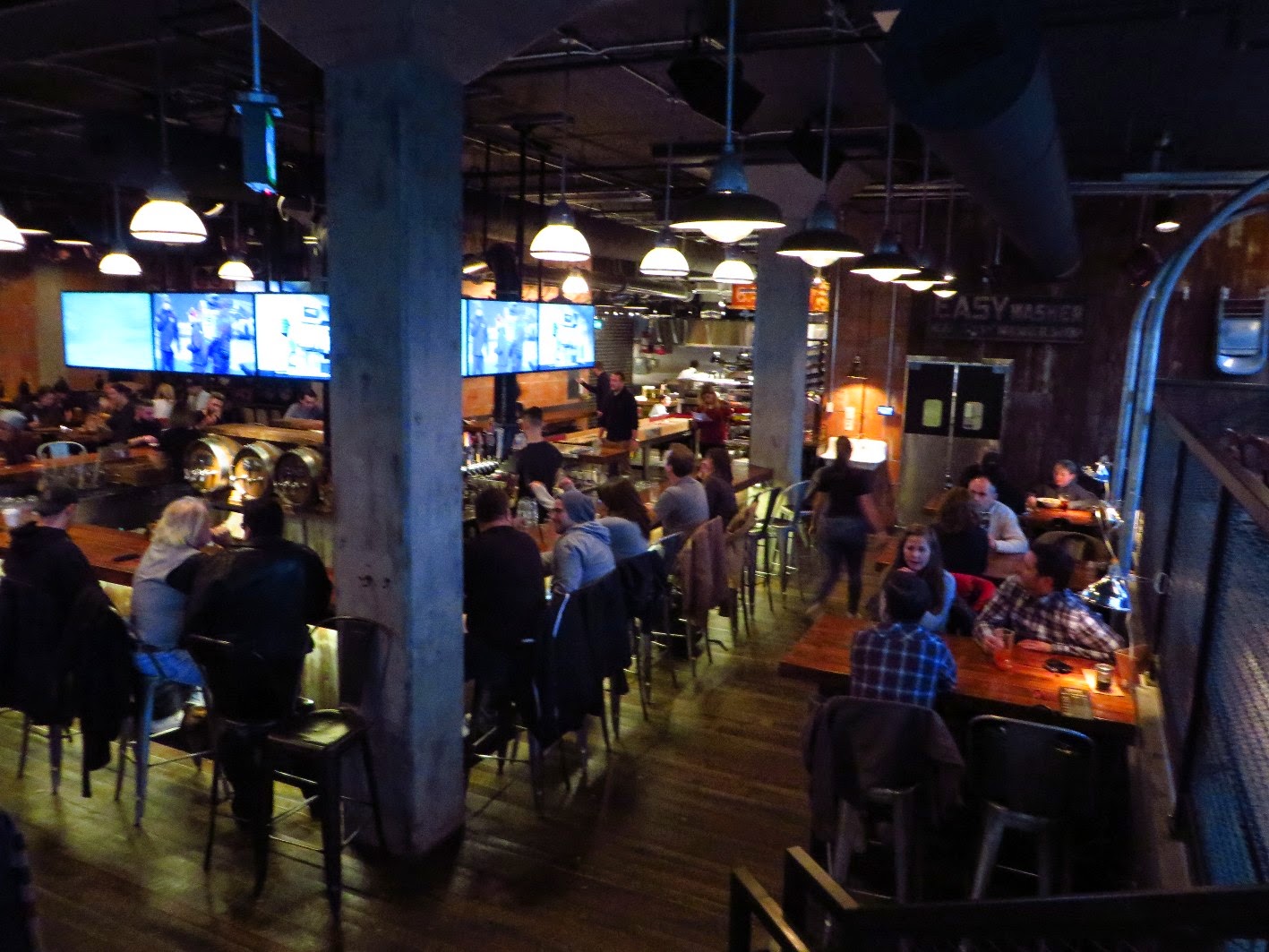 I love the ambiance of the place. There is a rotating board showing the rotating taps, plus the taps that are next up, and even a shuffle board table. I used to rock this game and am looking forward to playing some again. Usually you see them in small town bars and legions. 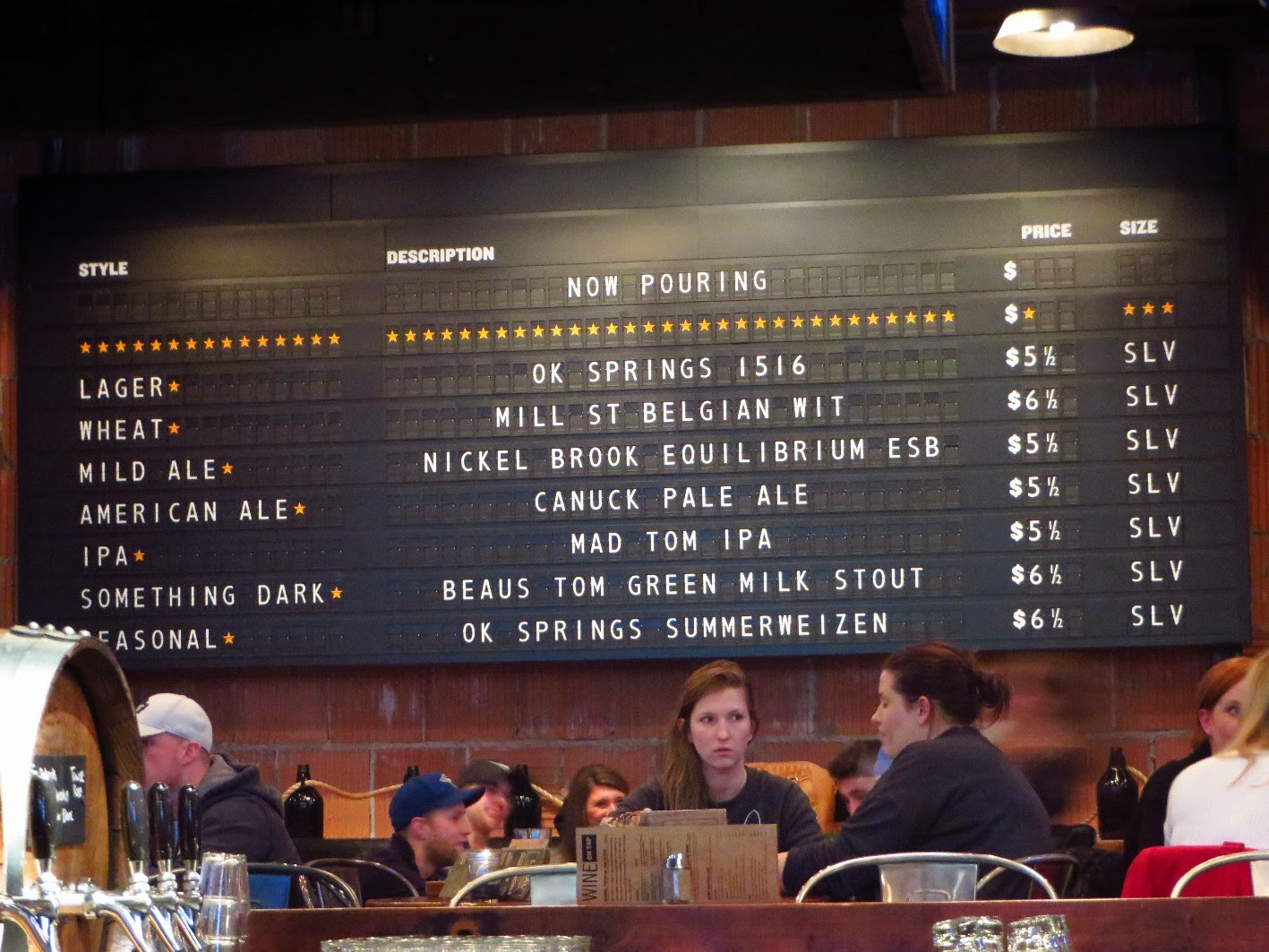 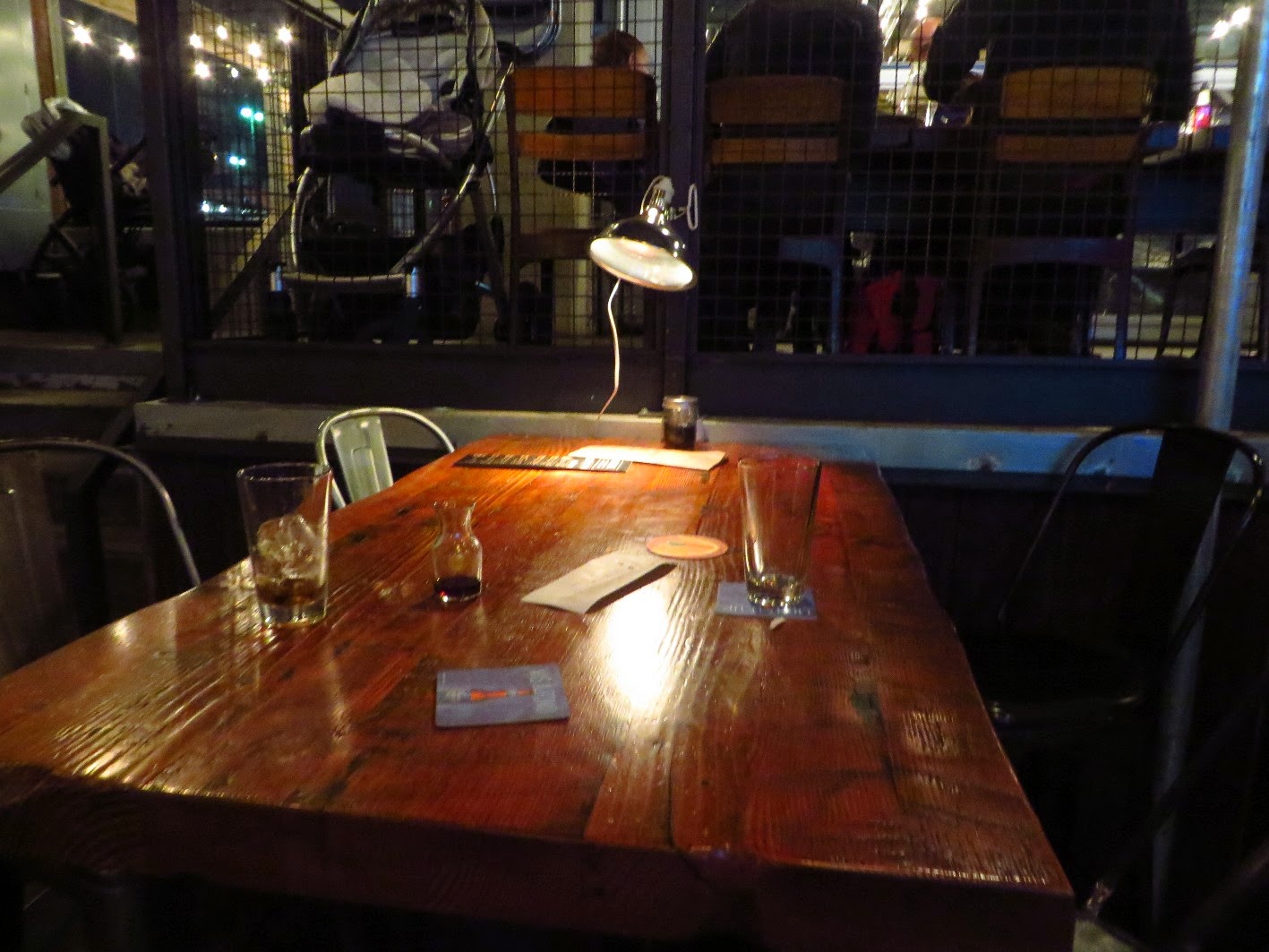 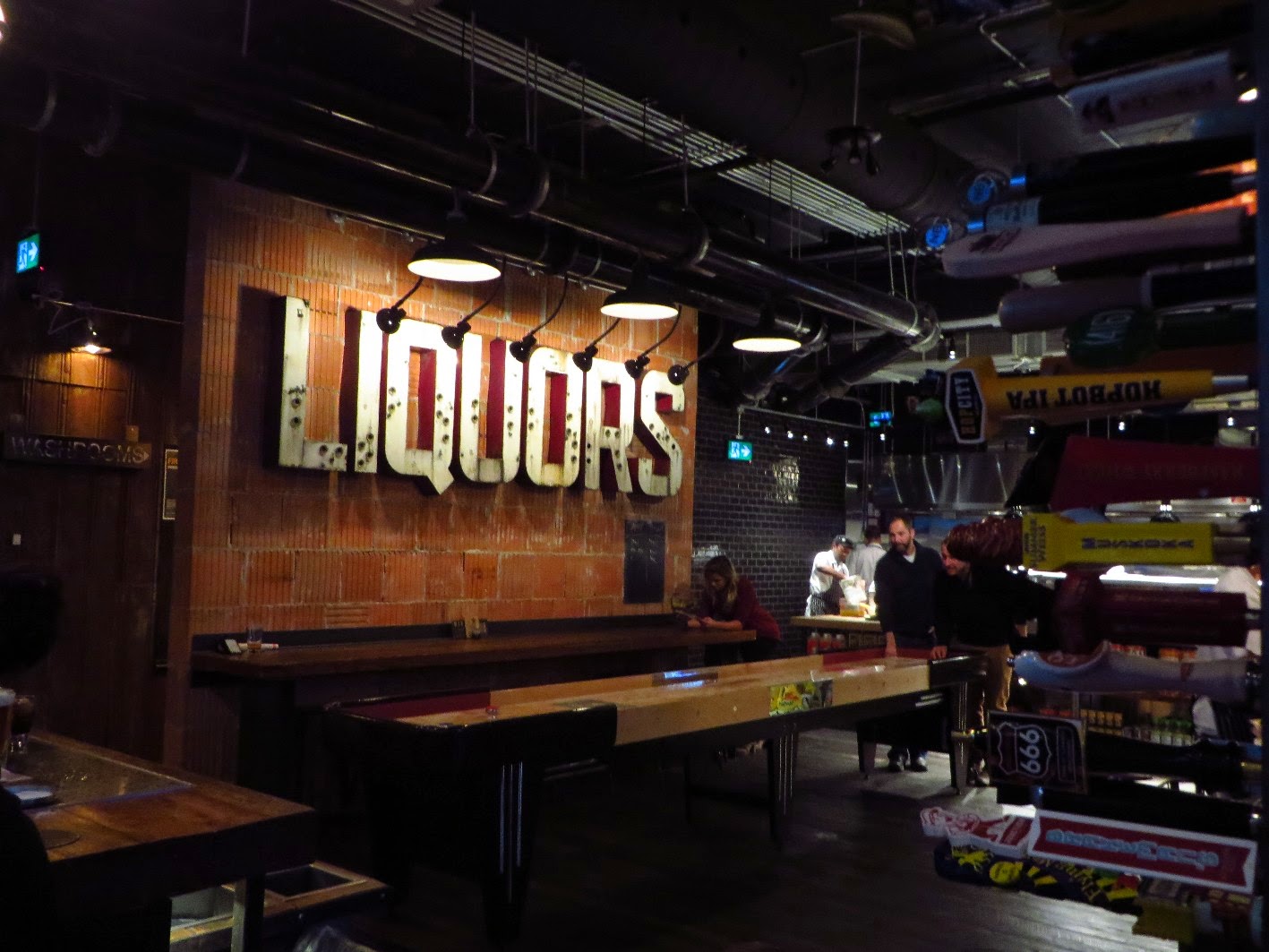 This picture is not turned. The tap handles are sticking out of a pillar. They are taps that have just come off the kegs or are about to be used. 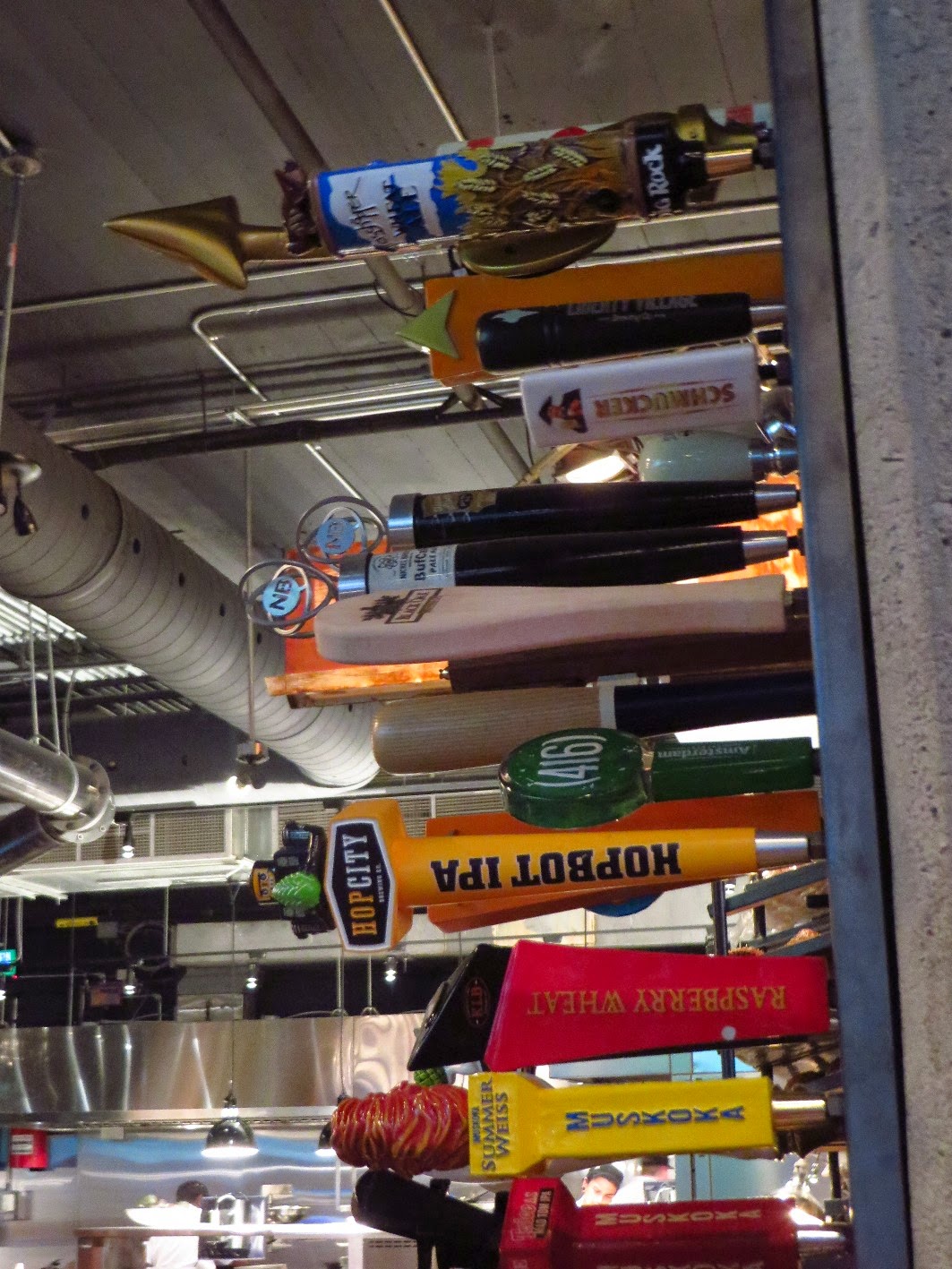 I did a few appetizers, which were a chicken taco, a fish taco and Japanese dumplings. 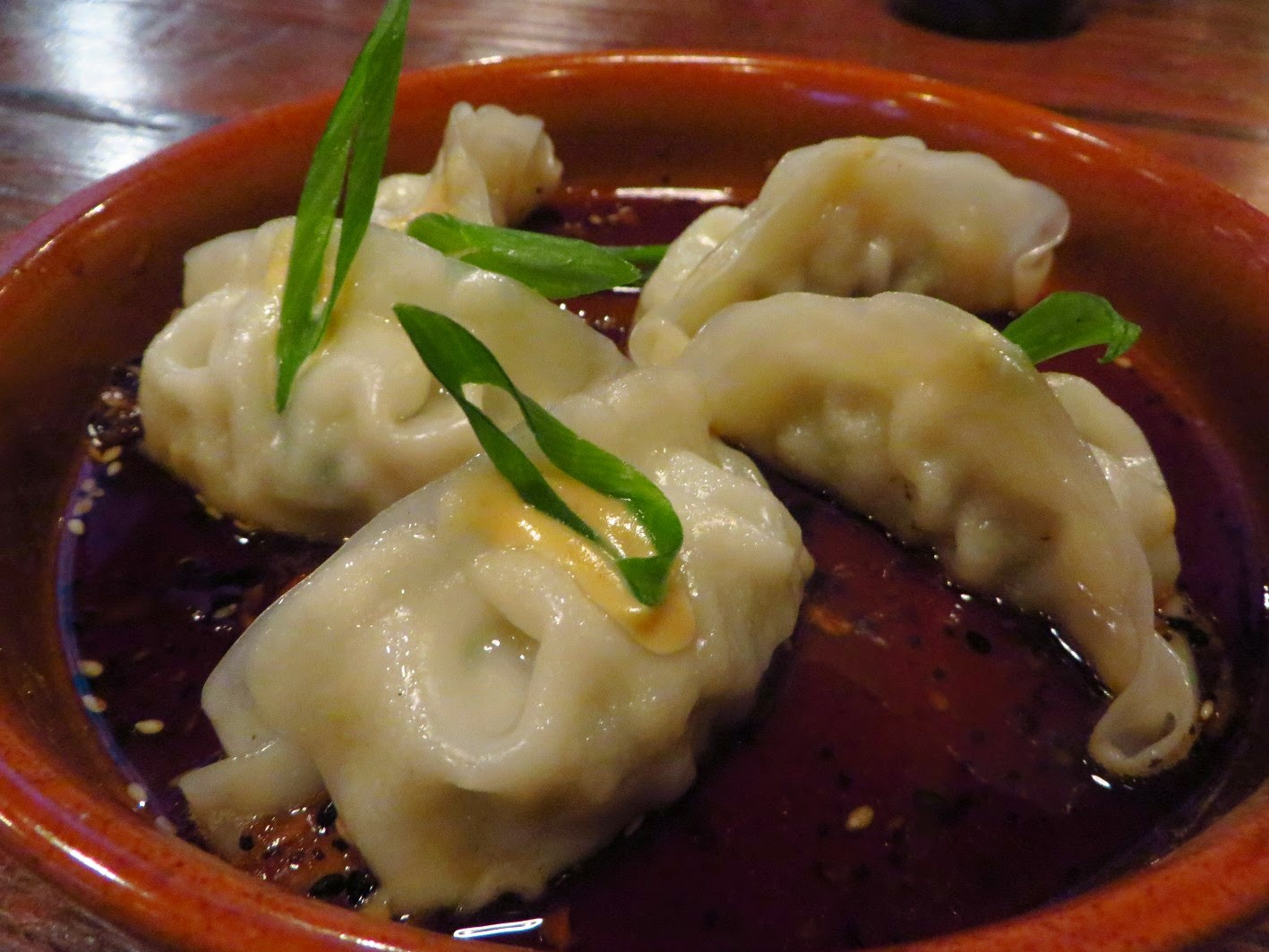 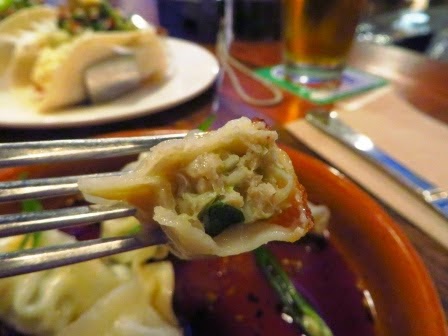 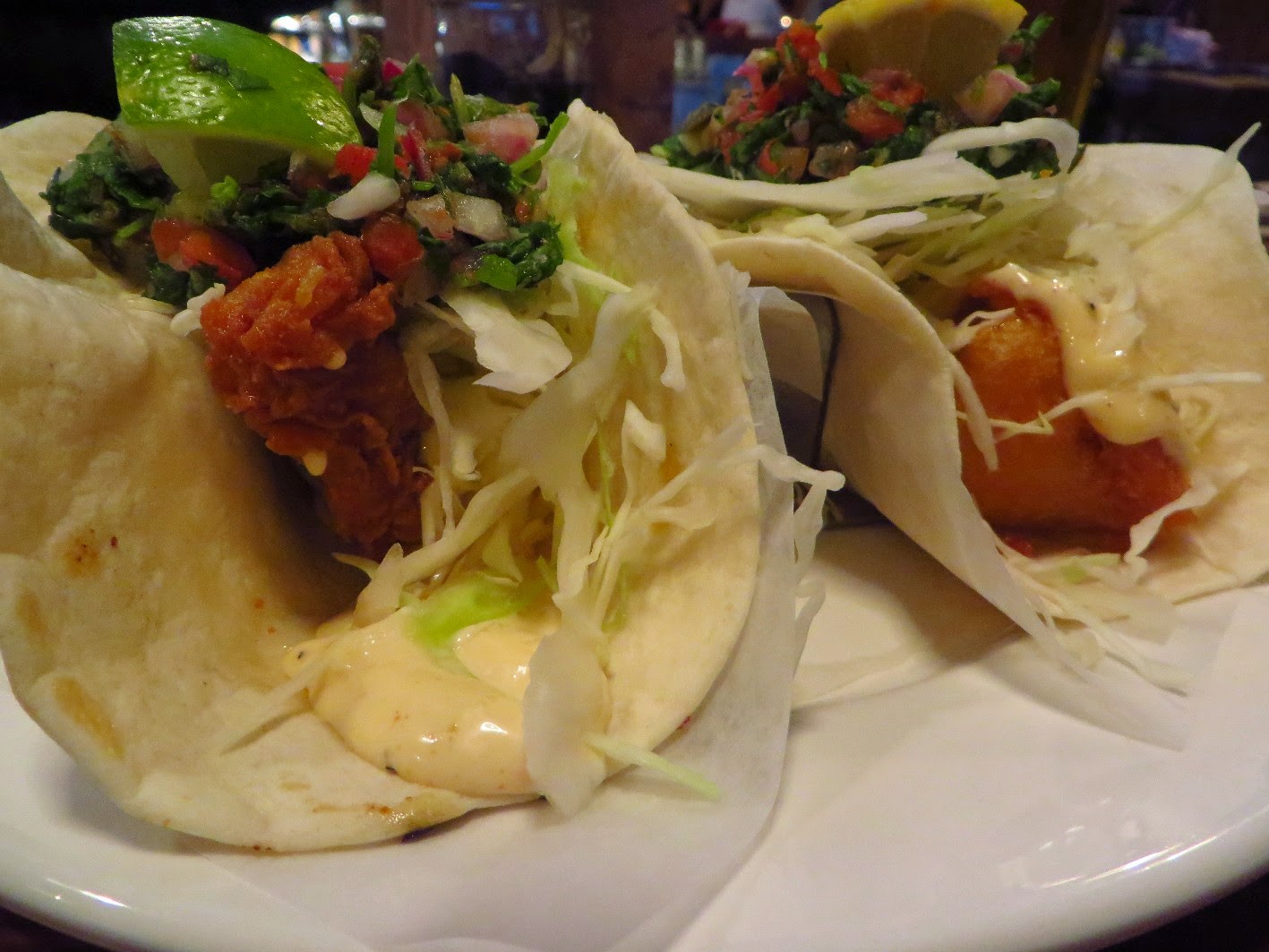 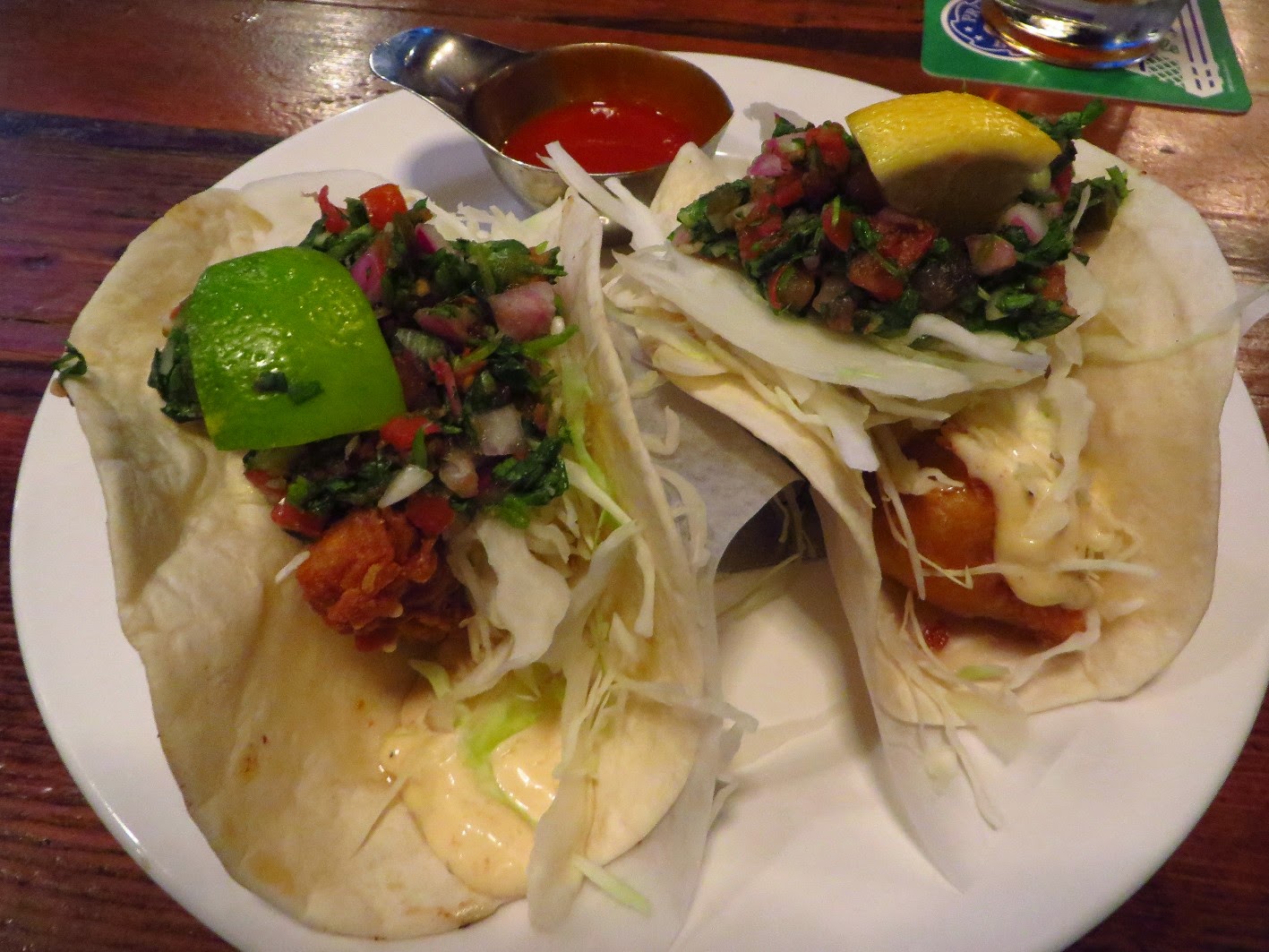 The dumplings and sauce were great and I would find it hard to resist ordering it anytime I go back . I would order either taco again but without out the pico du gallo on top, which I found took away from the taste of the chicken and fish.

I considered ordering the chicken sandwich which Teena had. It looked delicious and was. She gave me a taste. I would order it too. 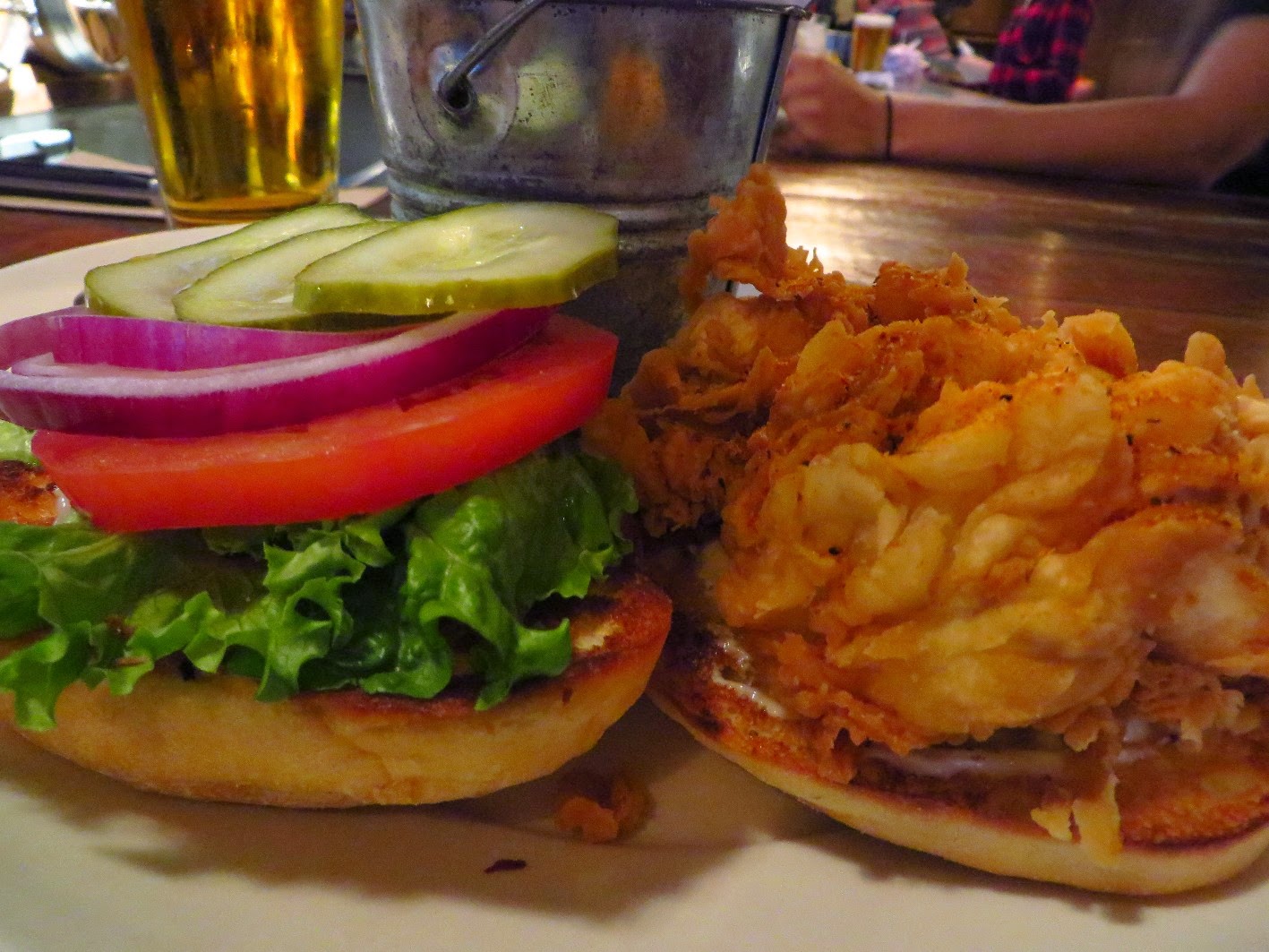 Laura was our server and looked after us very well. We definitely would go back and as it is close to home with a great craft beer selection, it might find me there reading on a Friday nigh, after a hard week's work.

To cap off a great experience there, we watched the Hamilton Tigercats defeat the Montreal Alouettes, 29 - 9 to take first place in the CFL Eastern Division.

A great time all around!
Posted by Swordsman at 19:30