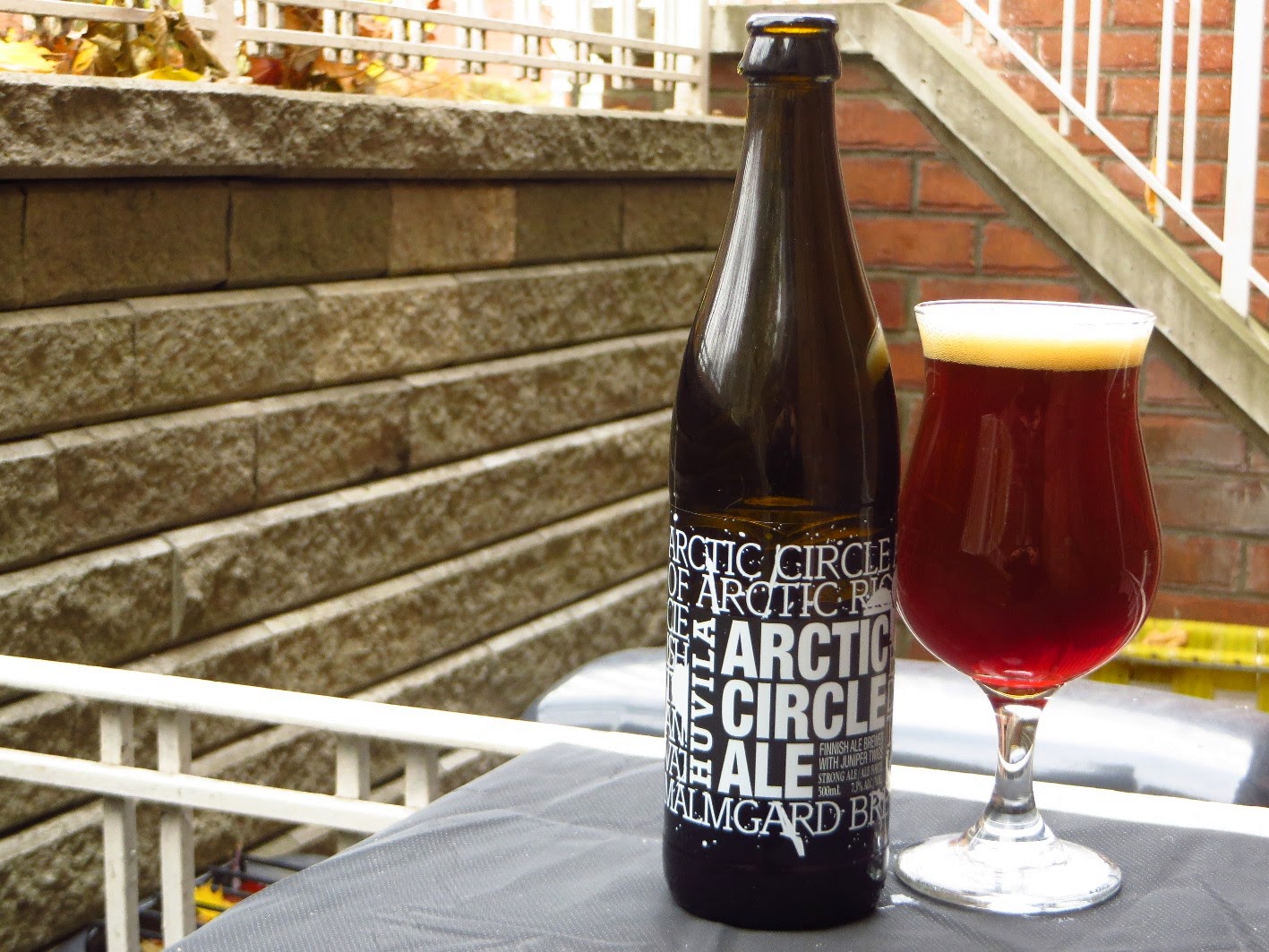 New to LCBO shelves this fall is Huvila Arctic Circle Ale from Malmgard Brewery in Finland. My first Finnish beer!

Malmgard Brewery is an all organic brewery located on an old estate about 80 km north-east of Finland's Capital, Helsinki. I was able to find very little on this brewery except that the land has been owned by the Creutz family since 1614. The large manor house on the estate was built between 1882 and 1885.

I could not find how long the brewery has been in operation but their equipment is designed to brew just 2,000 litres at a time which, as they bottle their beers in 500 ml bottles, means they brew just 4,000 bottles at time. One very unique feature of the brewery is that they grow their own cereal malt for there beers and the spring water too comes from a well on their property. They converted one of their barns into the brewery.

Huvila Arctic Circle Ale (huvila means villa in Finnish) is a Sahti style brewed beer, which is a new term for me.

According to the Beer Hunter, Michael Jackson (not the singer) Sahti is the only primitive beer to survive in Western Europe. The beer that peasants learned to brew in the 1500s is still made much the same way today, much of it in people's homes. Many sahti brewers of today use woodfire-heated kettles from their cow houses and saunas as mash tuns. Fresh juniper twigs are used in the filter bed on the bottom of the lauter tun and also infused in the hot brewing water. It is a sweet, malty, turbid beer with complex flavour.

Like Belgium Saisons, this seems to be the farmhouse ale of Finland. One last note is that in the old days the juniper was used not only as a main ingredient of the beer but some of the liquid after the boil was saved and used to sanitize the equipment. 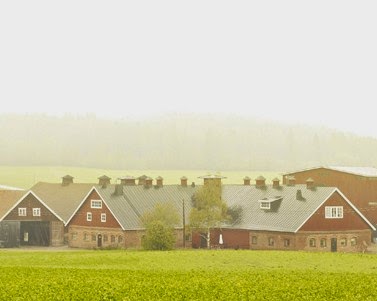 I find the beer thick and chewy when I sip, which is a good thing. Cocoa and the juniper berry really dominate the flavour. I love bitter beers and this has a nice bitterness to it but not a hoppy bitterness, but one that comes from somewhere else. After doing a Google search on juniper berries, I found that they are supposed to have a piney taste to them, much like many hops do. That might account for the very nice bitter quality in this.

Labels: Beer of the week, Finland