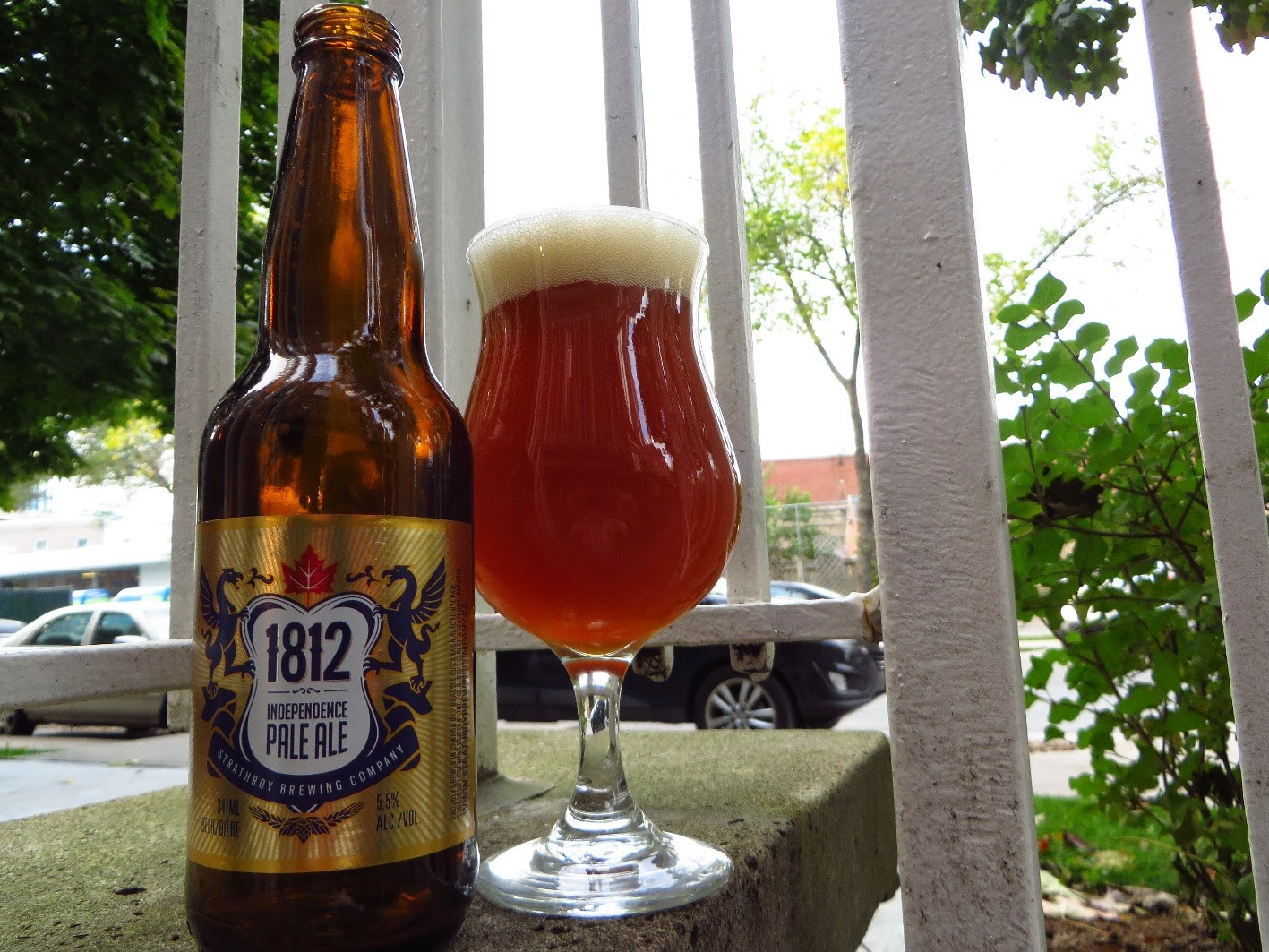 In this month's Beer of the Month package, I received beers from a new Ontario brewery, Strathroy Brewing. There were four bottles of their inaugural brew, 1812 Independence Pale Ale.

The company had been in the planning stages since May 2012 and just opened this past August in an historic flour mill in Strathroy Ontario. Their website is very War of 1812-oriented. When you first enter the website (they demand your email address to enter the site, which is something I don't like), the first thing that comes up is a short government of Canada video on the War of 1812. I thought that was cool and you do have the option to pass on it.

Our inaugural brew, 1812 INDEPENDENCE PALE ALE, is dedicated to the strong Canadian spirit embodied by the peacemakers who protected our lands from invasion during the War of 1812 and preserved our independence from our American neighbours.

I'm sure there will be more War of 1812 themed beers to follow.

And how is the War of 1812 Independence Ale? 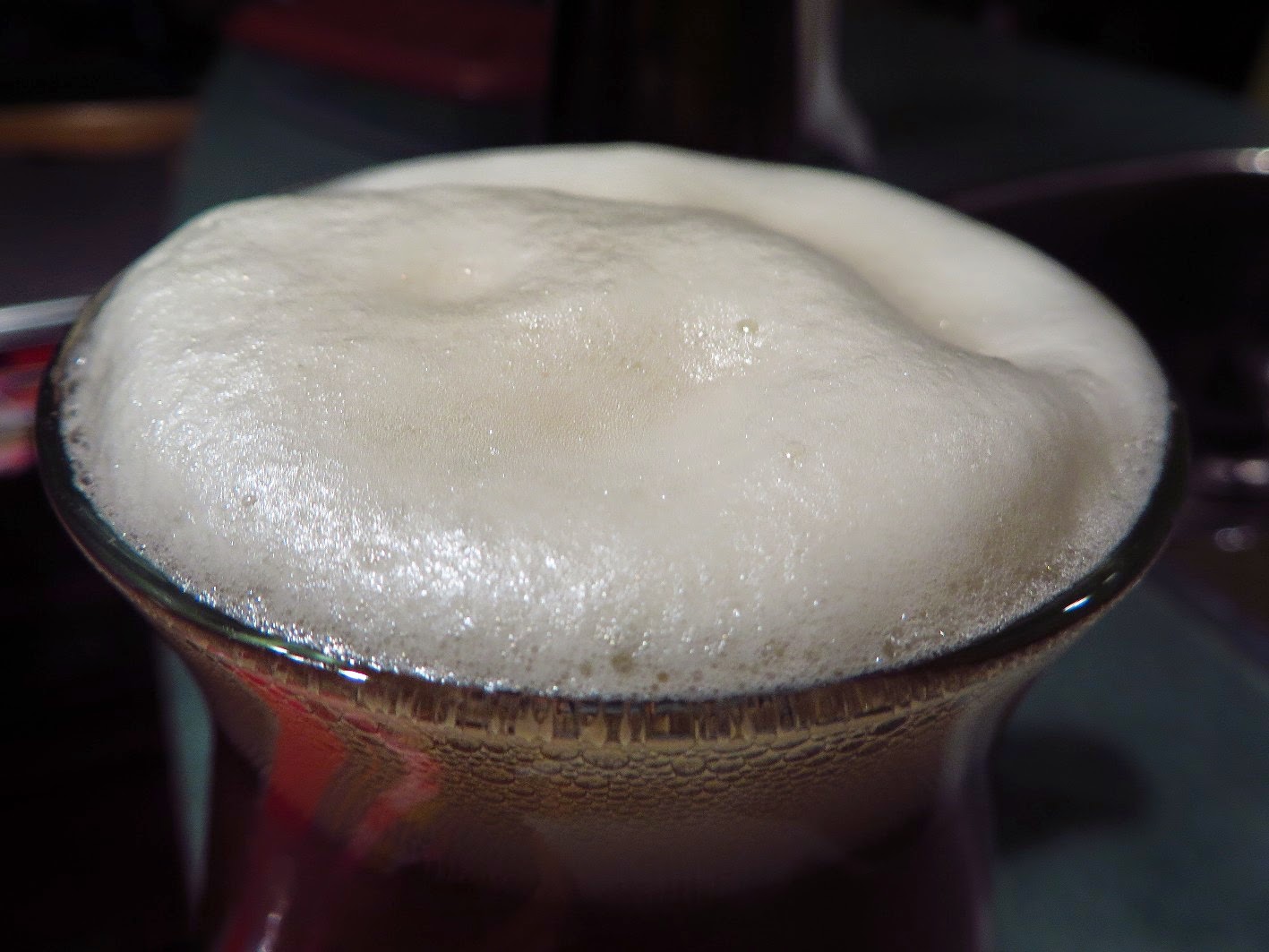 The beer is bottle conditioned, a little yeast added before bottling so the brew goes through a secondary fermentation, and pours a cloudy darker amber colour with a little bit of sediment left in the bottom of the bottle. No harm if it is poured into your glass.

It likely will be a malt forward ale as I can sense malt and not hops in the aroma with a slight bit of caramel to the nose. The beer has a huge head and is constantly working in the glass so the head has a very hard time dissipating. Nothing wrong with that except after five minutes I became impatient timing it and went in for a sip.

Not surprisingly with a pro-Canadian stand in the War of 1812 theme, this is a British style pale ale. Usually I love British style bitters but this could not be called that as it is very malt forward, with that bit of caramel coming nicely through on my tongue. There is just a hint of bitterness in the finish.

I am admittedly a hop head but quite enjoyed this beer. What makes me really happy as that this month I received four of each style beer instead of three so I still have three more to enjoy this weekend.