Play - The Book of Mormon 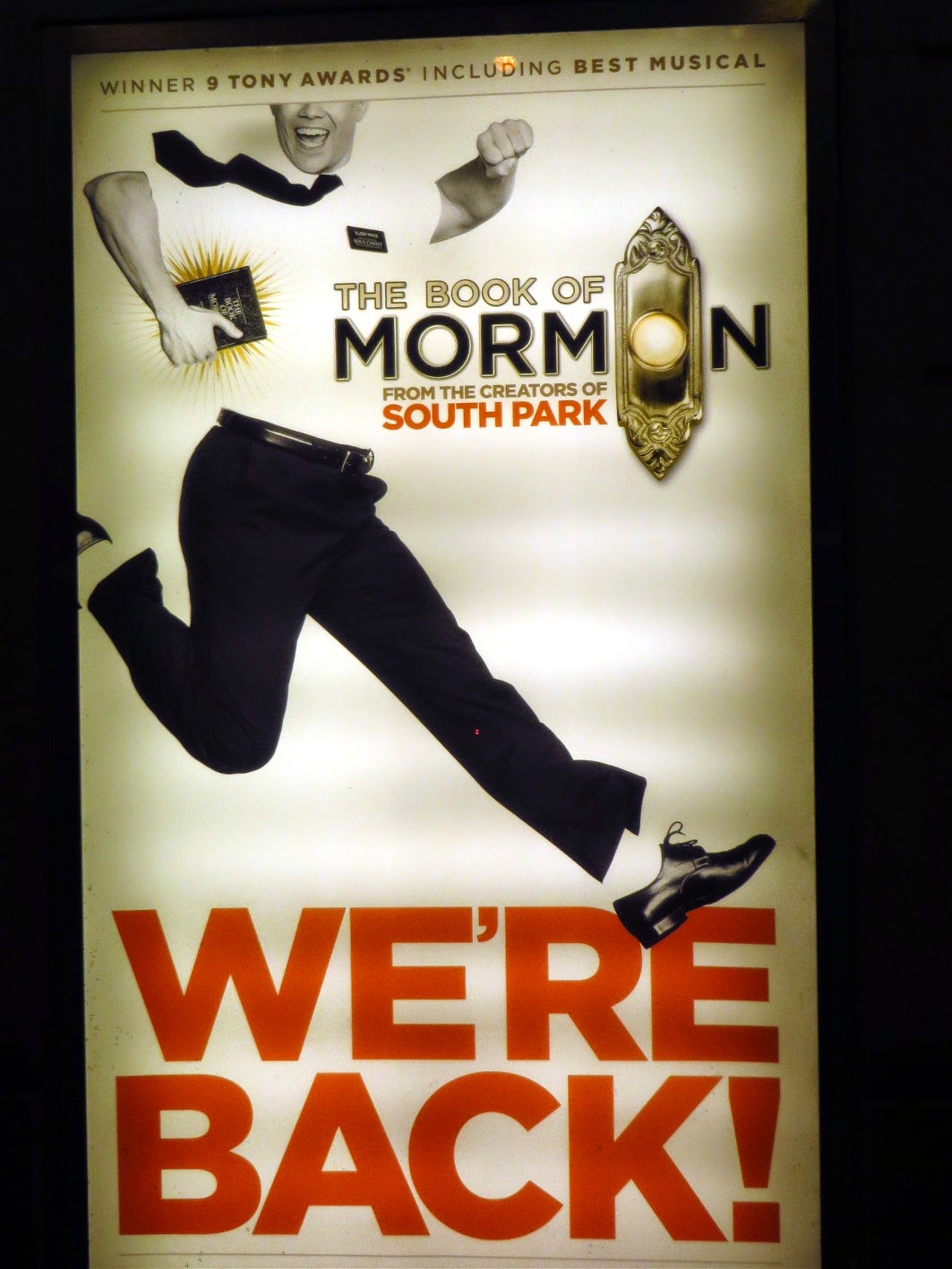 Tonight Teena and I went to see The Book of Mormon at the Princess of Wales Theater.

The Book of Mormon is a religious satire musical with book, lyrics, and music by Trey Parker, Robert Lopez, and Matt Stone. The Book of Mormon tells the story of two young Mormon missionaries sent to a remote village in northern Uganda, where a brutal warlord is threatening the local population. Naïve and optimistic, the two missionaries try to share the Book of Mormon, one of their scriptures - which only one of them has read - but have trouble connecting with the locals, who are more worried about war, famine, poverty, and AIDS than about religion. .

I knew very little about the play going in, except that it was written by Trey Parker and Matt Stone creators and writers of South Park. At one time I was a fan of the show and watched it every week, and know these guys are not afraid to address and make fun of absolutely everything, no matter how big a taboo it is.

The play follows two Mormon who have just graduated from Mormon school and are set to Uganda to bring the Mormon religion to the people there, a town that is run by a war lord. Gavin Creel was excellent as Elder Price, the somewhat arrogant can-do Mormon, as was Christopher John O'Neill, the Elder with an active imagination who just wants a friend.  No, I'm not going to spoil anything else here.

This is a very high energy play. It's fast, hilarious and there are no borders to the comedy. The choreography was excellent and imaginative. The songs were good but we were in the balcony and when the actors sang to the audience in the orchestra seating, we had a hard time hearing the lyrics. I thought it was me but Teena had the same issue as did the people sitting beside her. Still it was a lot of fun to see.

The Book of Mormon was in Toronto back in the spring of 2013 and although I heard great things about it, we never went. I'm very glad we made it to the show this time. Yes, it does have very explicit language in it and could offend but I loved it and would highly recommend the Book of Mormon.
Posted by Swordsman at 23:06