My September Beer of the Month Delivery 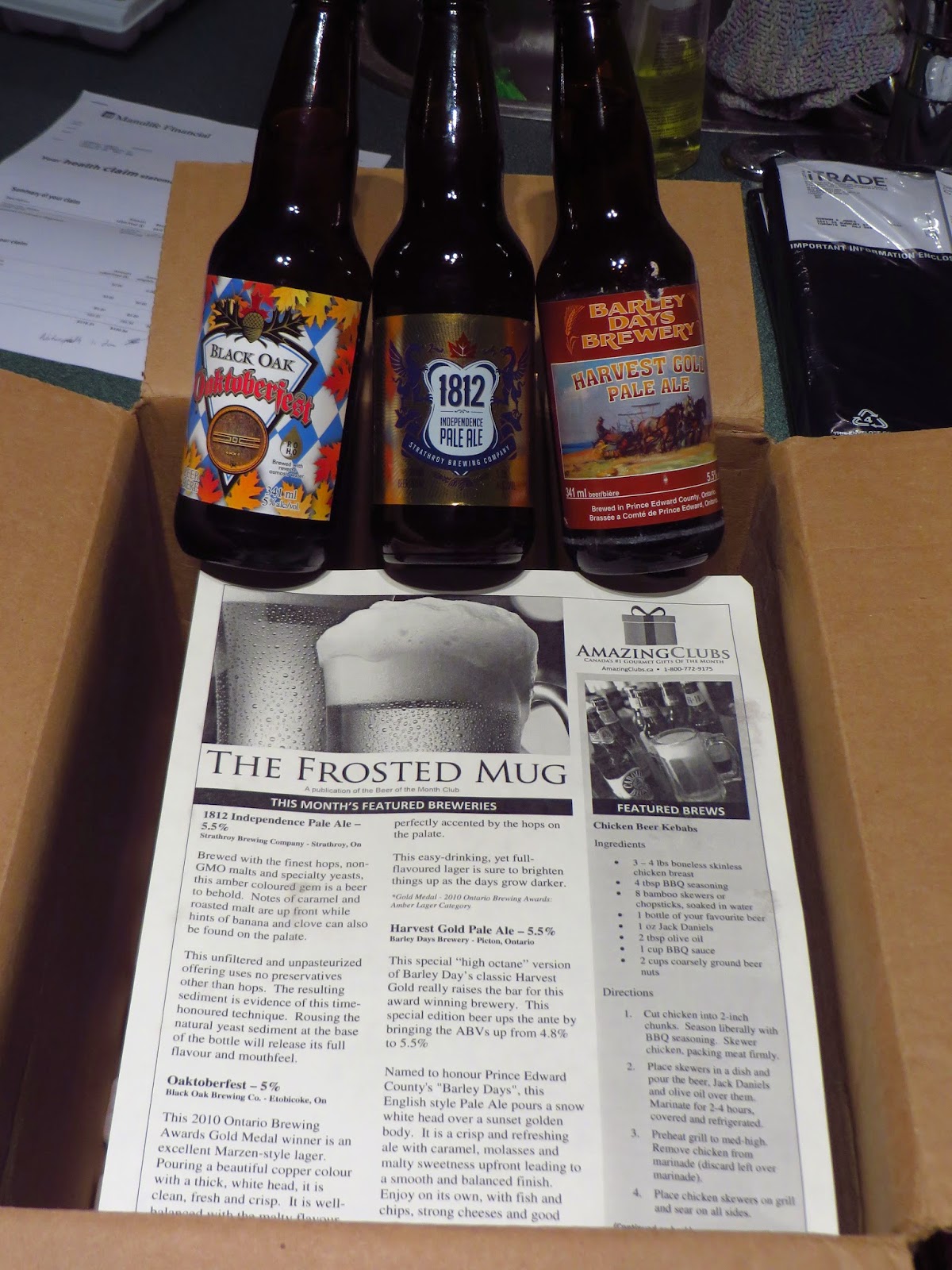 Today I received my September Beer of the Month delivery. Back in March, Teena bought this membership for me for my birthday and I have appreciated and enjoyed every delivery! This month's has a surprise!

Usually I receive two different beers from two different breweries of three bottles each. This month there were three breweries with four bottles each of one brand. From Black Oak Brewery in Etobicoke I received four Oaktoberfest Marzen style beers;  from a brewery I know nothing about, Strathroy Brewing, I received four 1812 Independence pale Ales; and finally from south of where my folks live, four Harvest Gold Pale Ales from Barley Days Brewery.

It's going to be a very fun month! 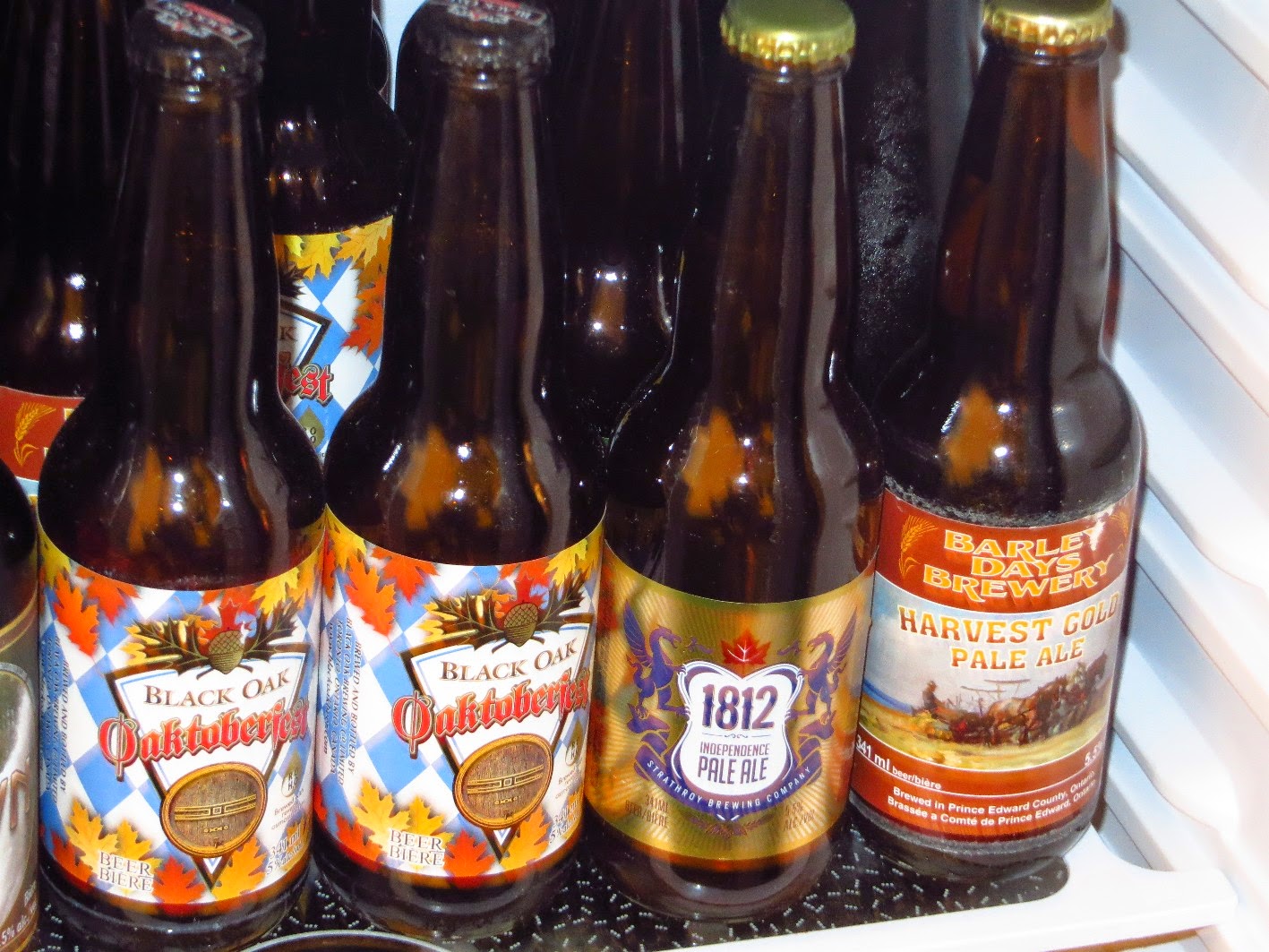