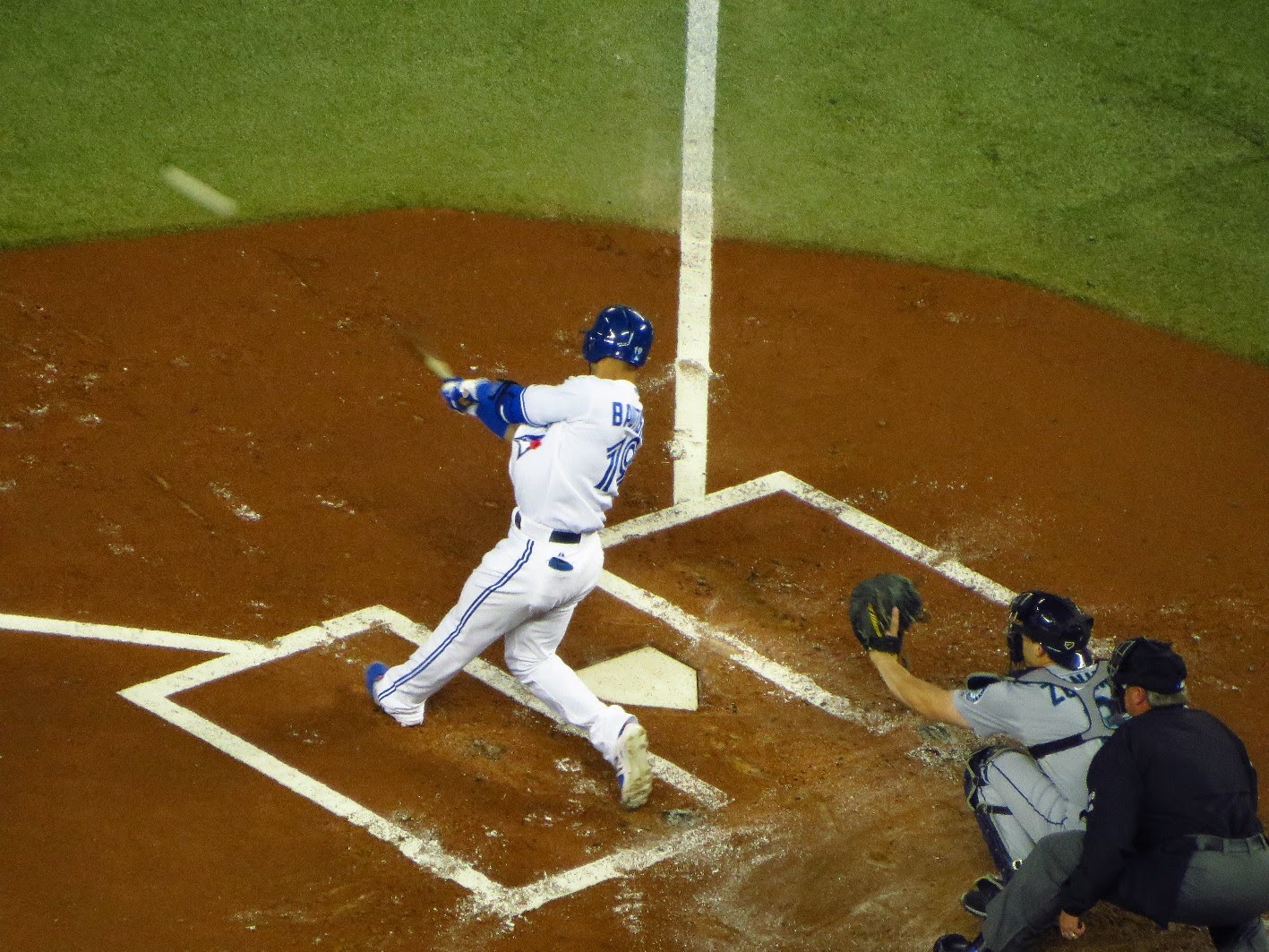 Tonight my friend, Roger, and I headed down to the Dome to see the Seattle Mariners take on the Toronto Blue Jays.

It is the last week of the season so playoff hopes were still alive ... somewhat. If the Jays lost or Kansas City Royals won, we (Jays) were out. Seattle started the game game two games back with six games left so their chances were not great.

Seattle had their ace Felix Hernandez, 14-5, on the mound tonight. 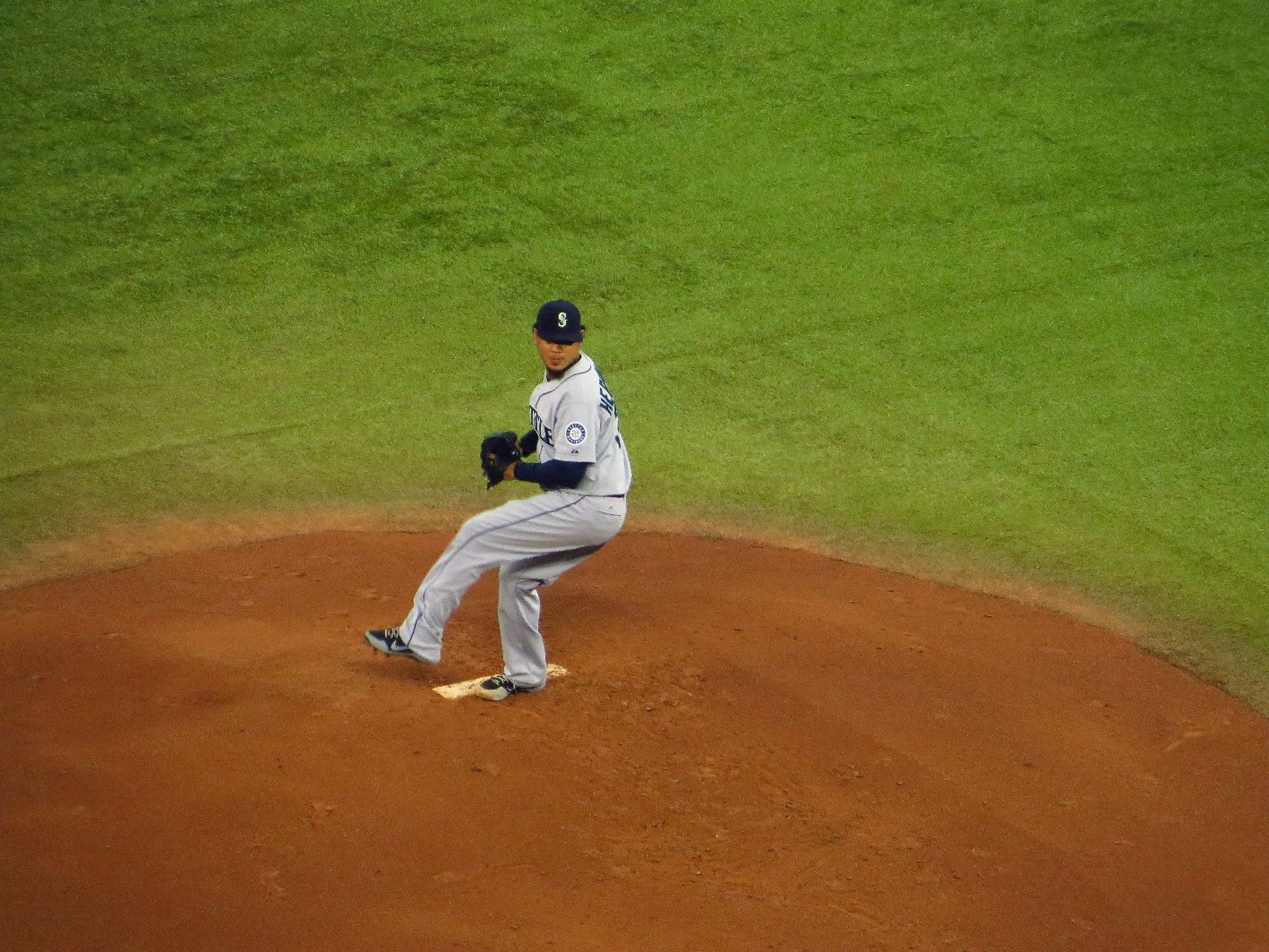 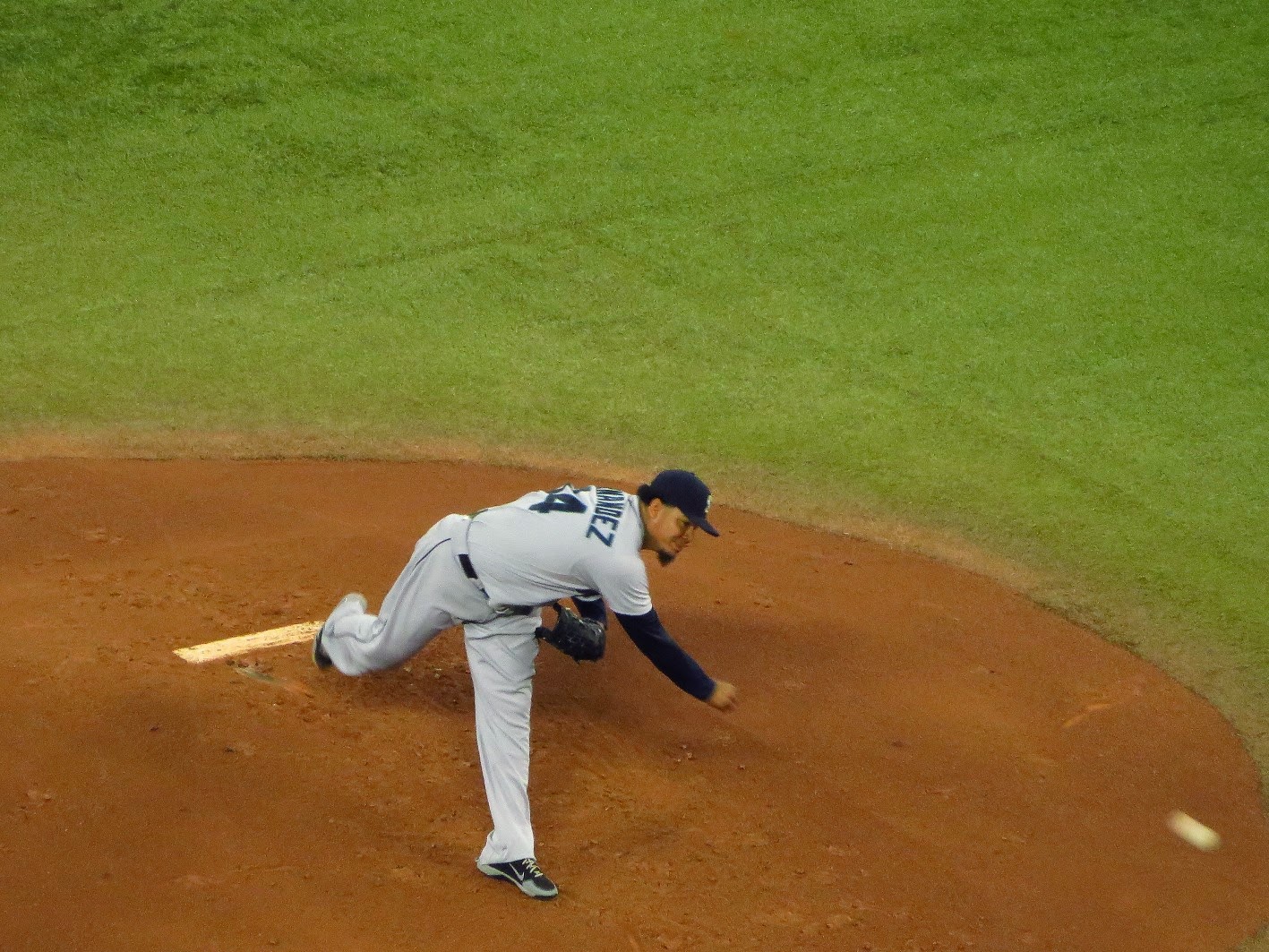 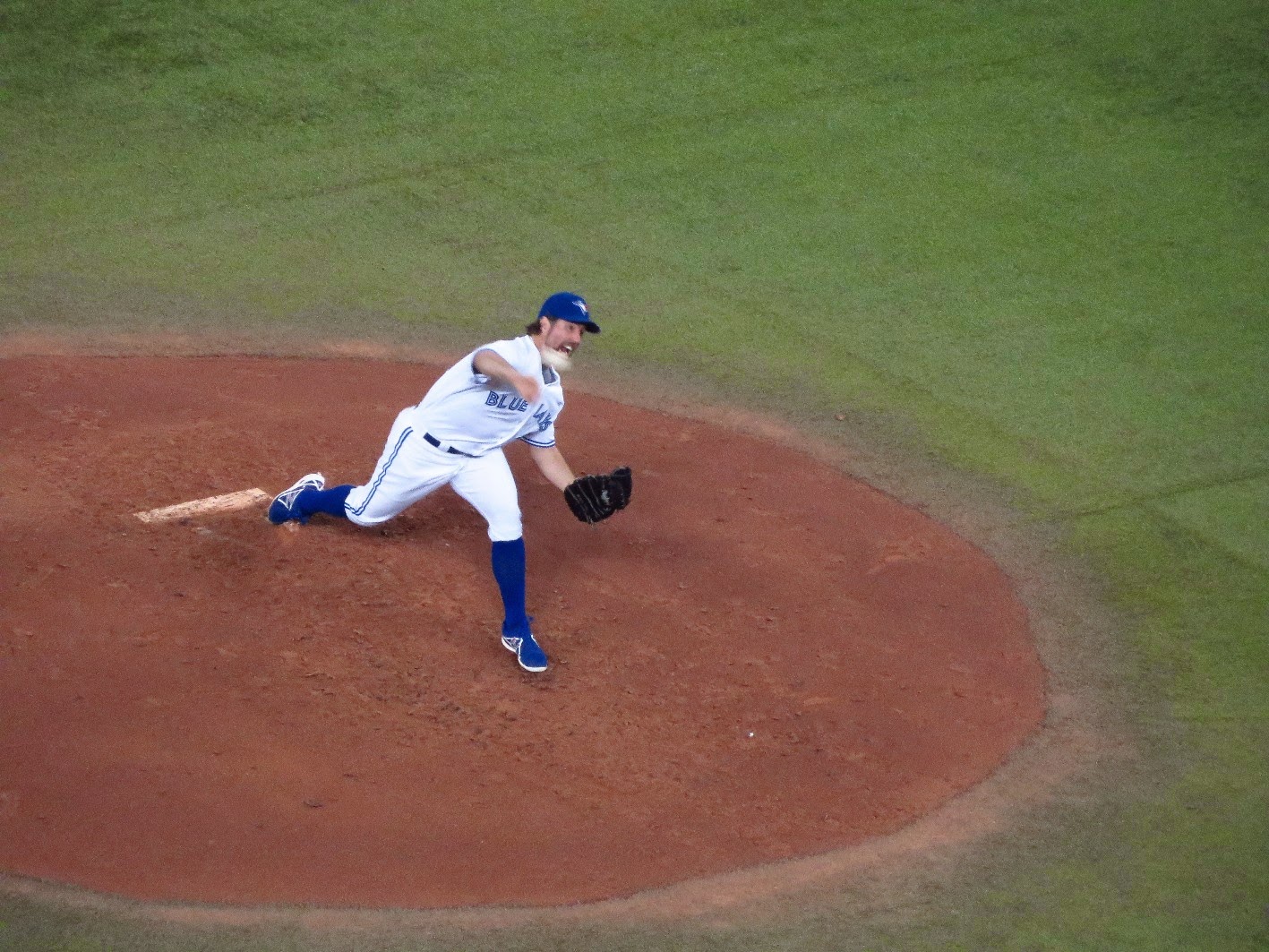 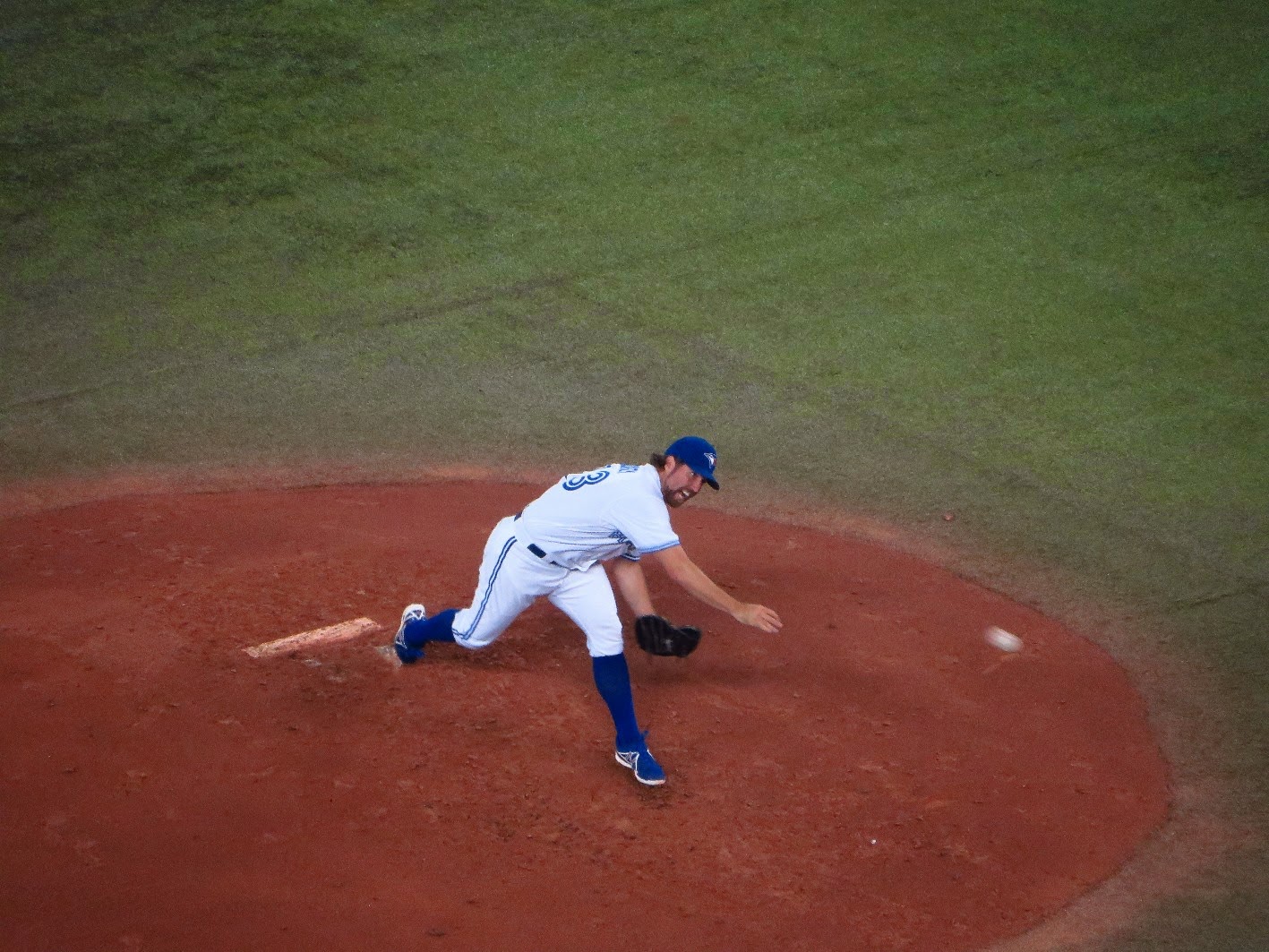 The walk-up music (when the Blue Jays batters come up to the plate, these songs play): 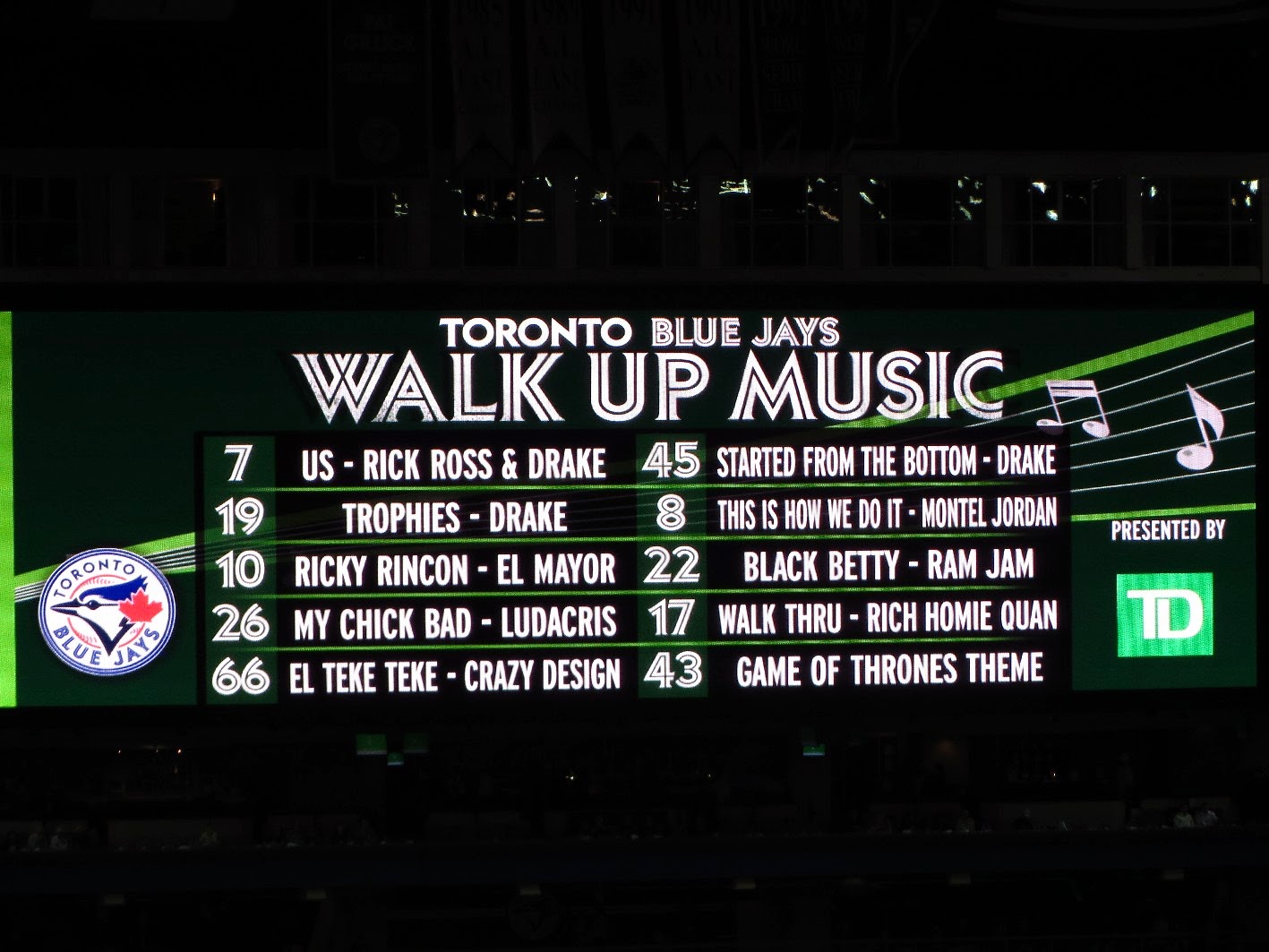 Jose Bautista, top shot, stroked a double and scored in the first to take the lead for the Jays. There was a scare in the third when Seattle scored two runs and Felix Hernandez known for shutting down teams in this situation.

The Jays scored seven in the bottom of the fifth and never looked back.

We noticed that a couple of girls had come up to the seat in front of us. Sure enough the fellow was to be a part of the between inning contests with a Tim Horton's promotion. 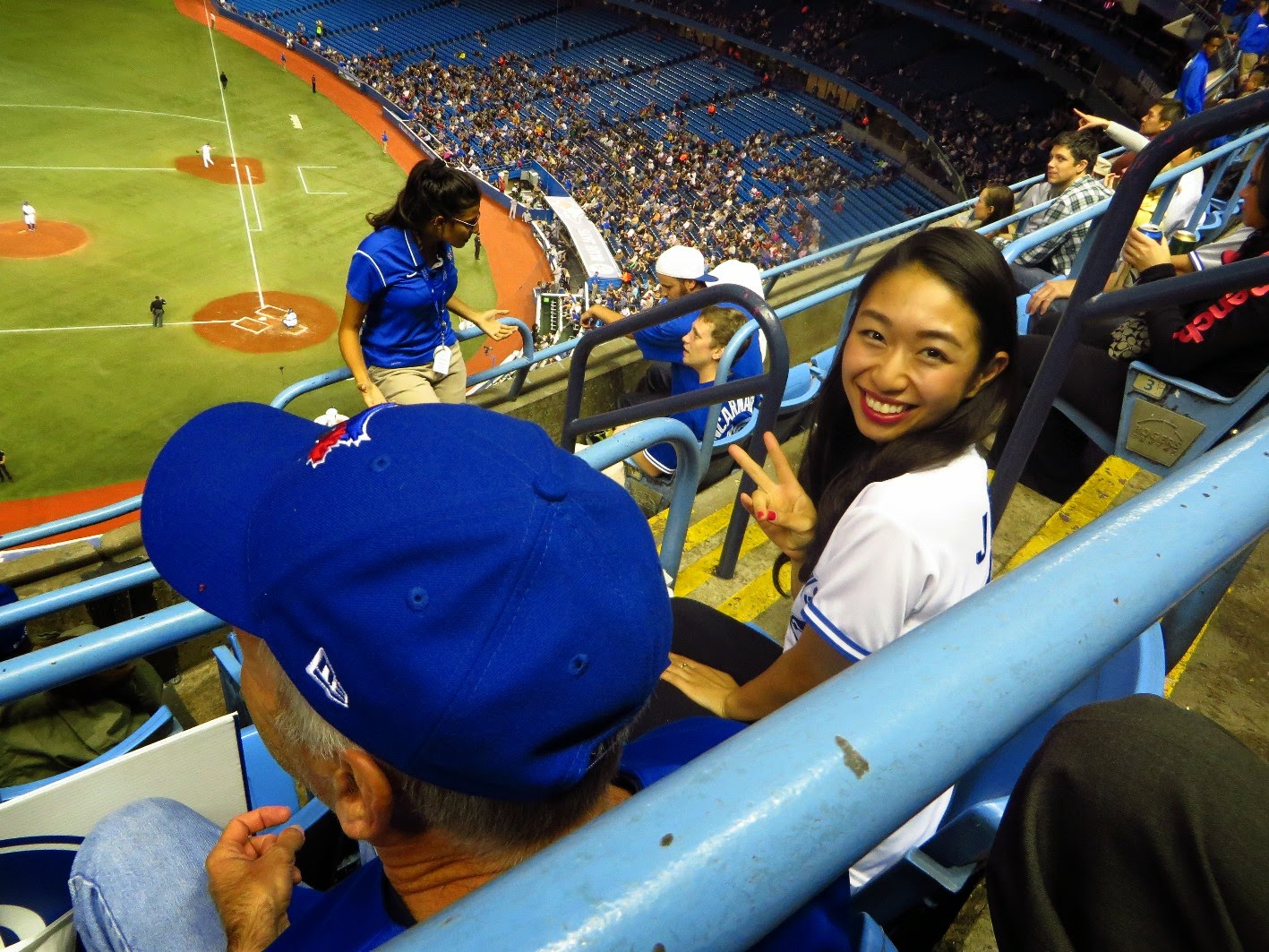 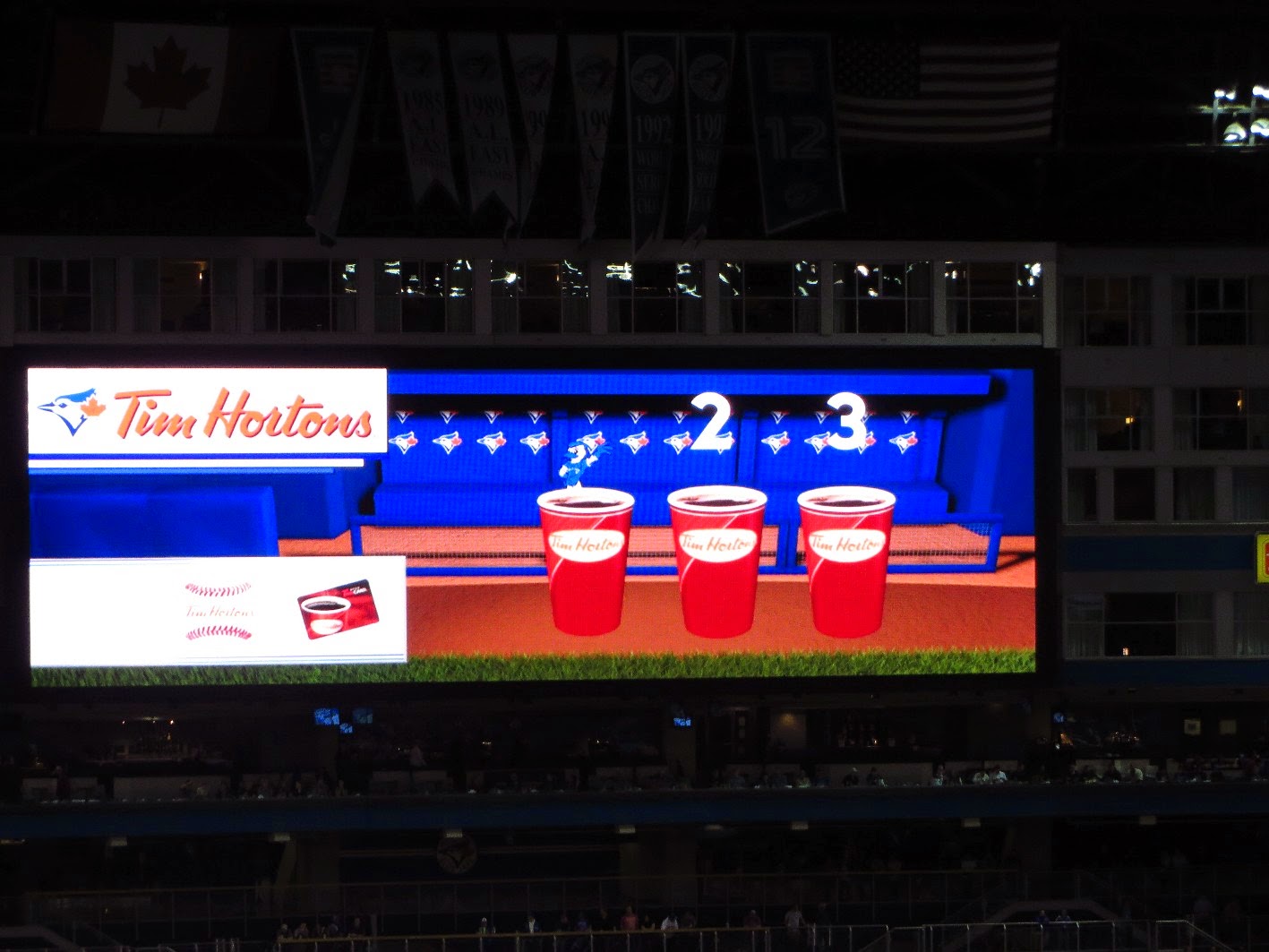 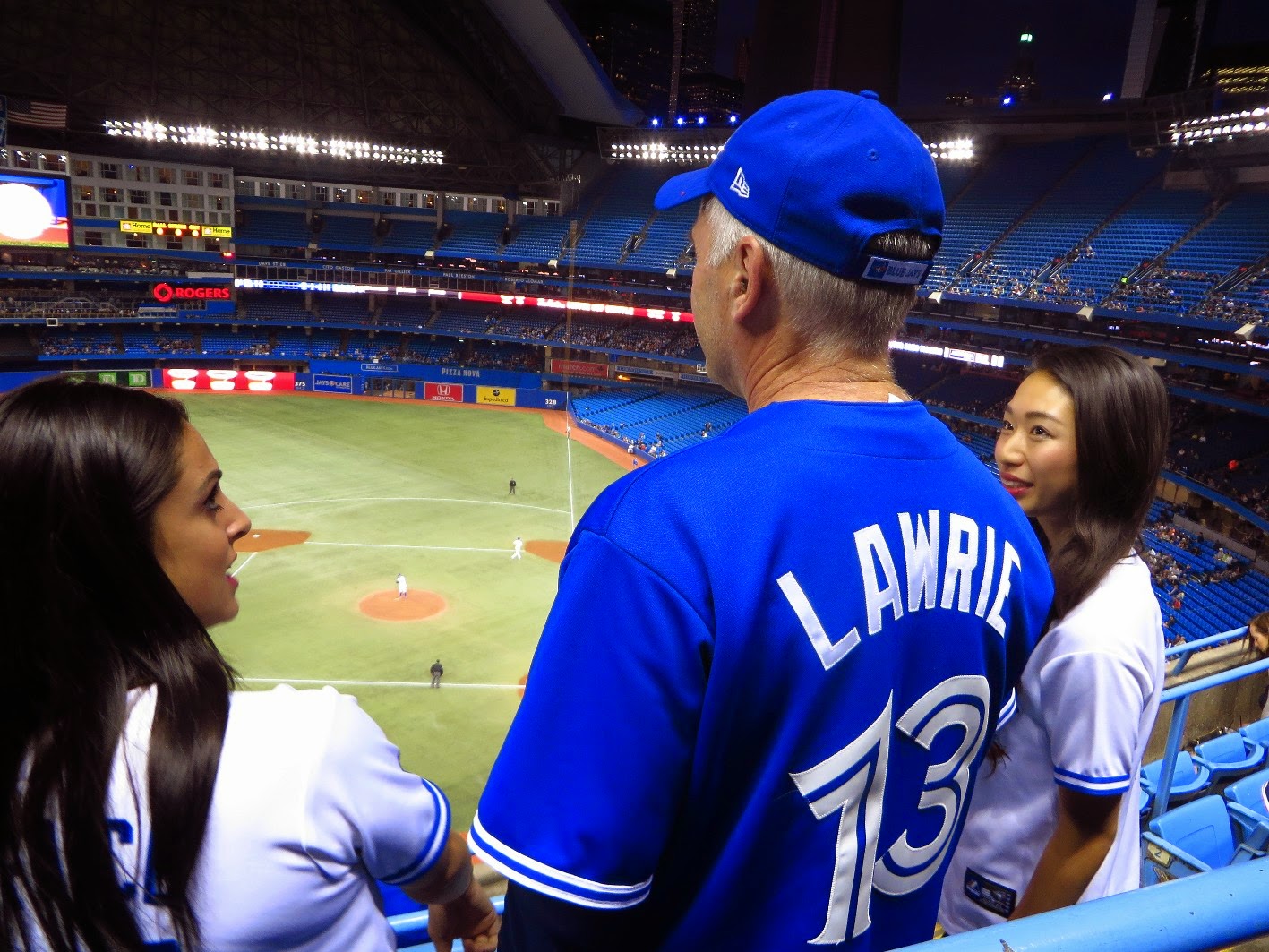 You can tell by my friend, Roger's reaction behind him, that he won! 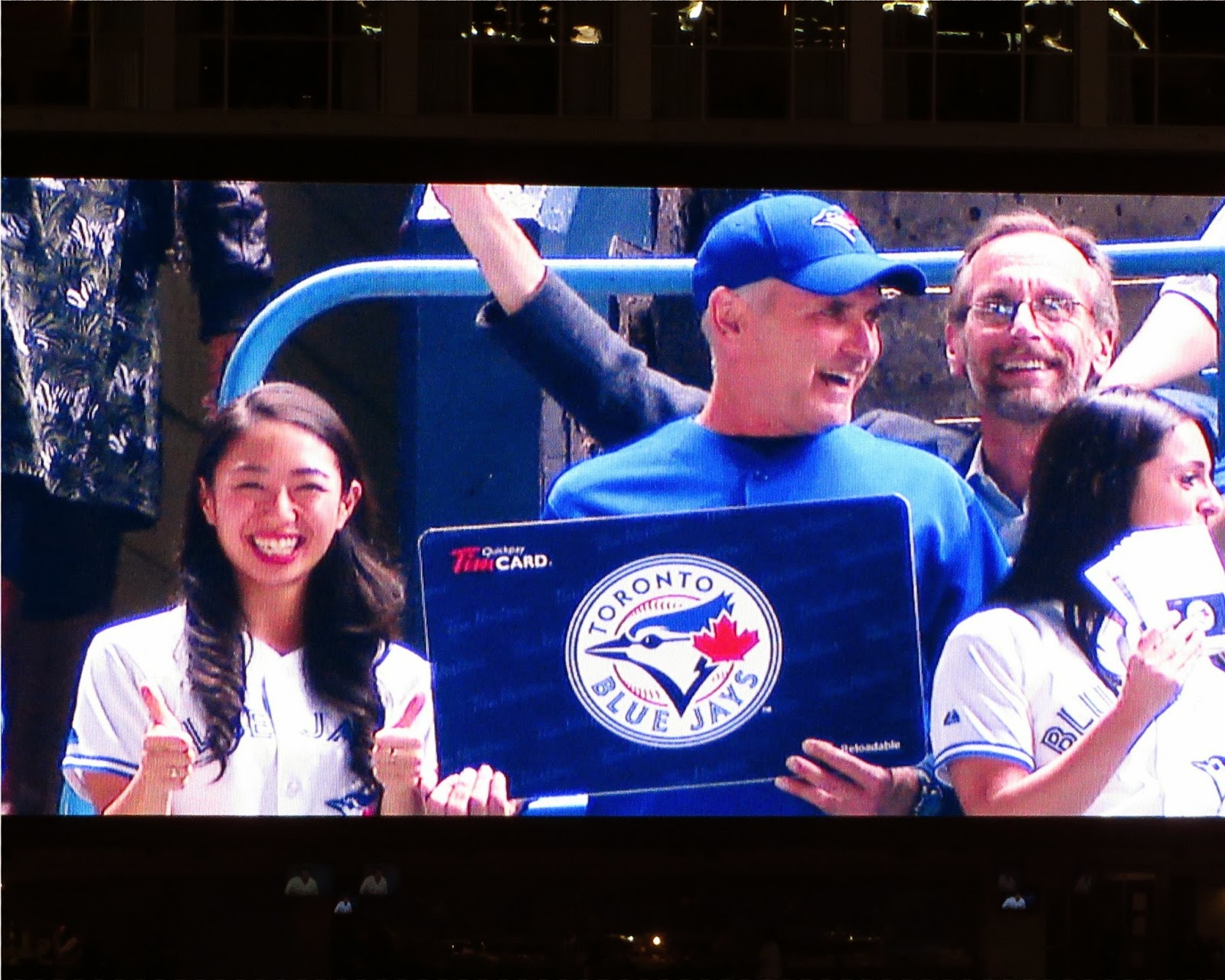 In the fifth inning when Seattle's pitcher Hernandez was falling apart, this fan was all over him. Obviously a Edwin Encarnacion fan, he was delighted to see not only Seattle give up seven runs in the inning but Encarnacion stroke his 34th home run of the year in the next inning. 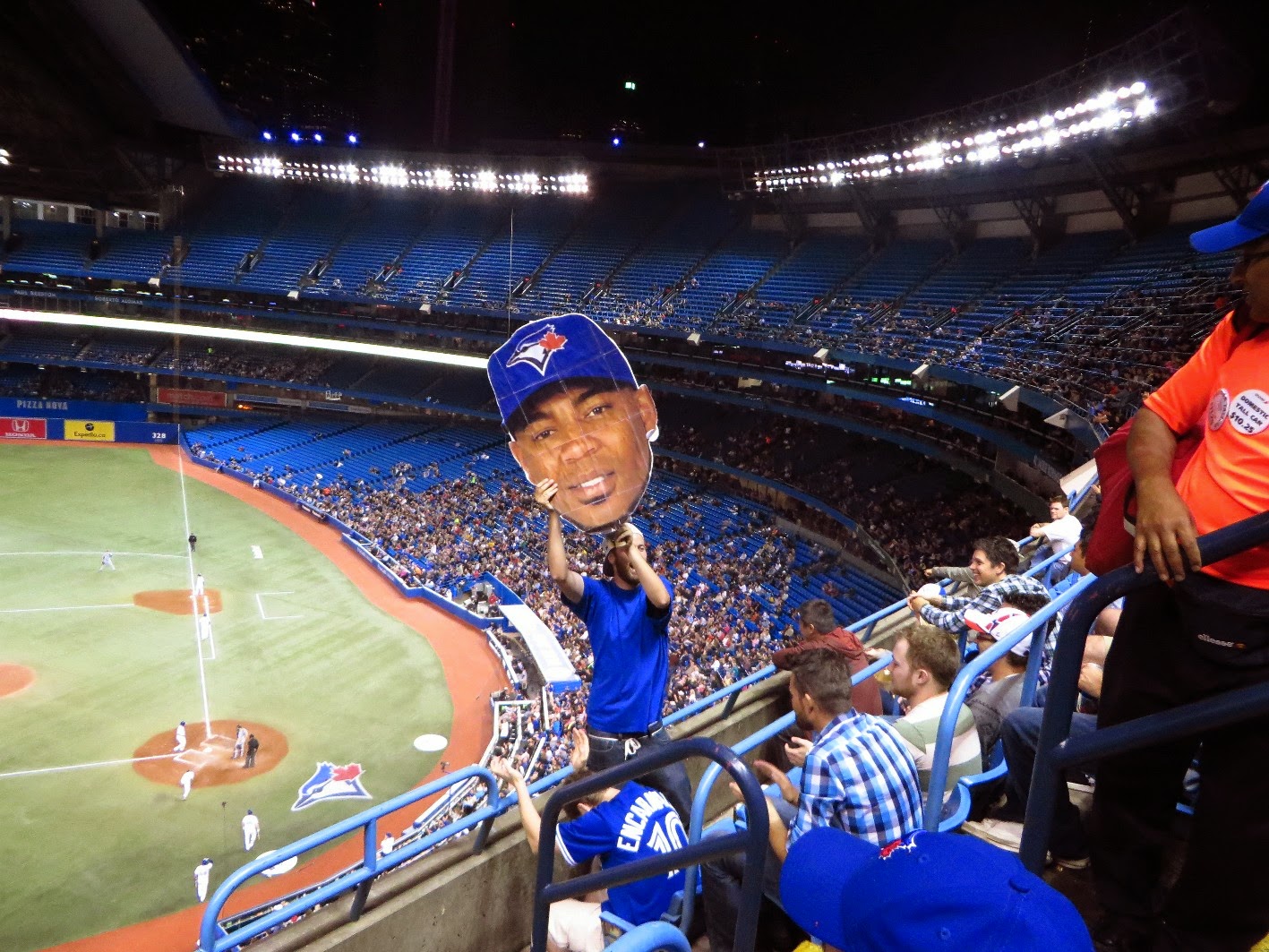 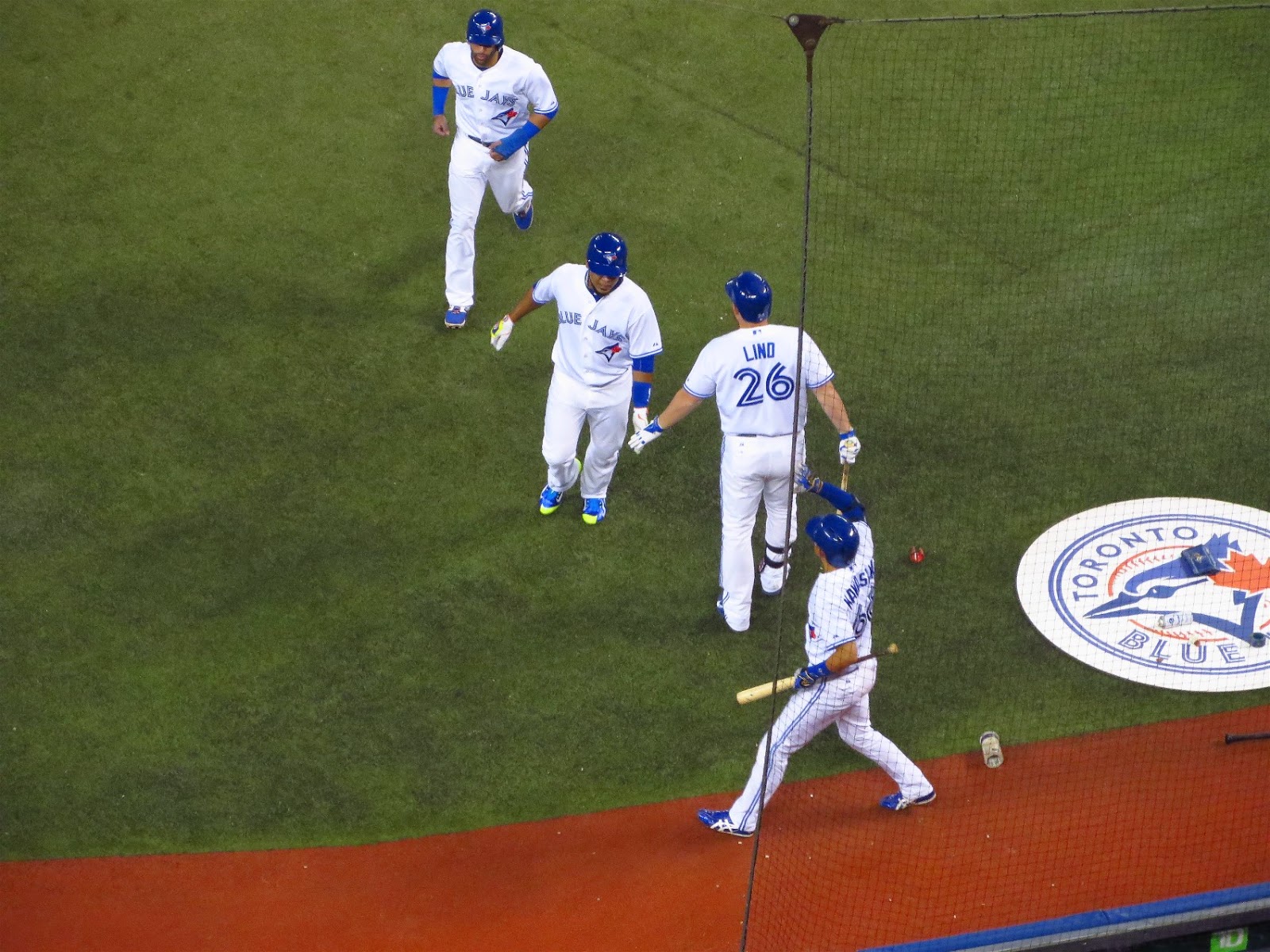 In the end, the Jays won, but  Kansas City won to eliminate them from the playoffs. That was inevitable. The best part is that we put Seattle out of the wildcard playoff hunt by five games with just five to go.

I hope we can be spoilers and knock them out. In any case, it was a very fun night! 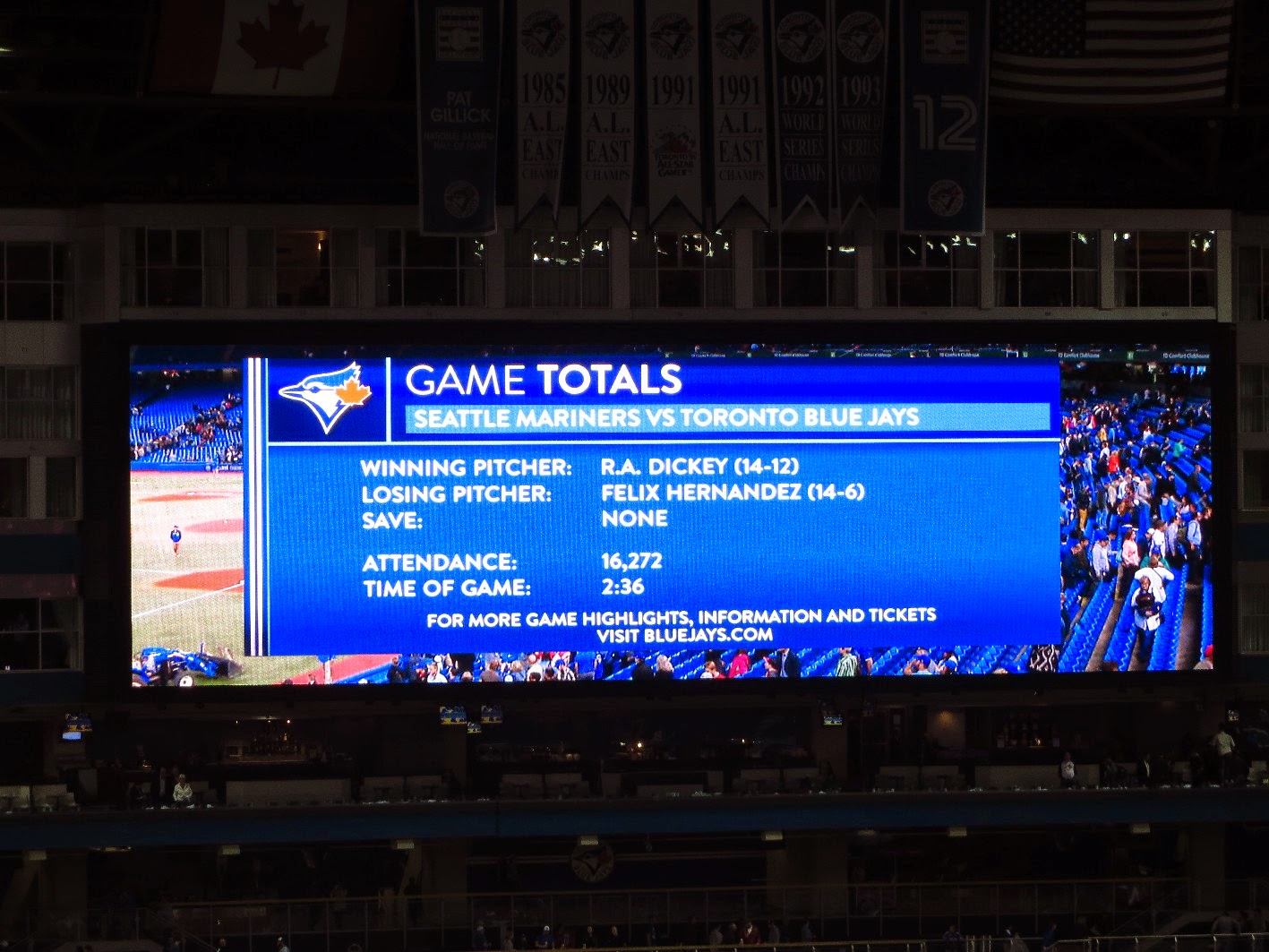