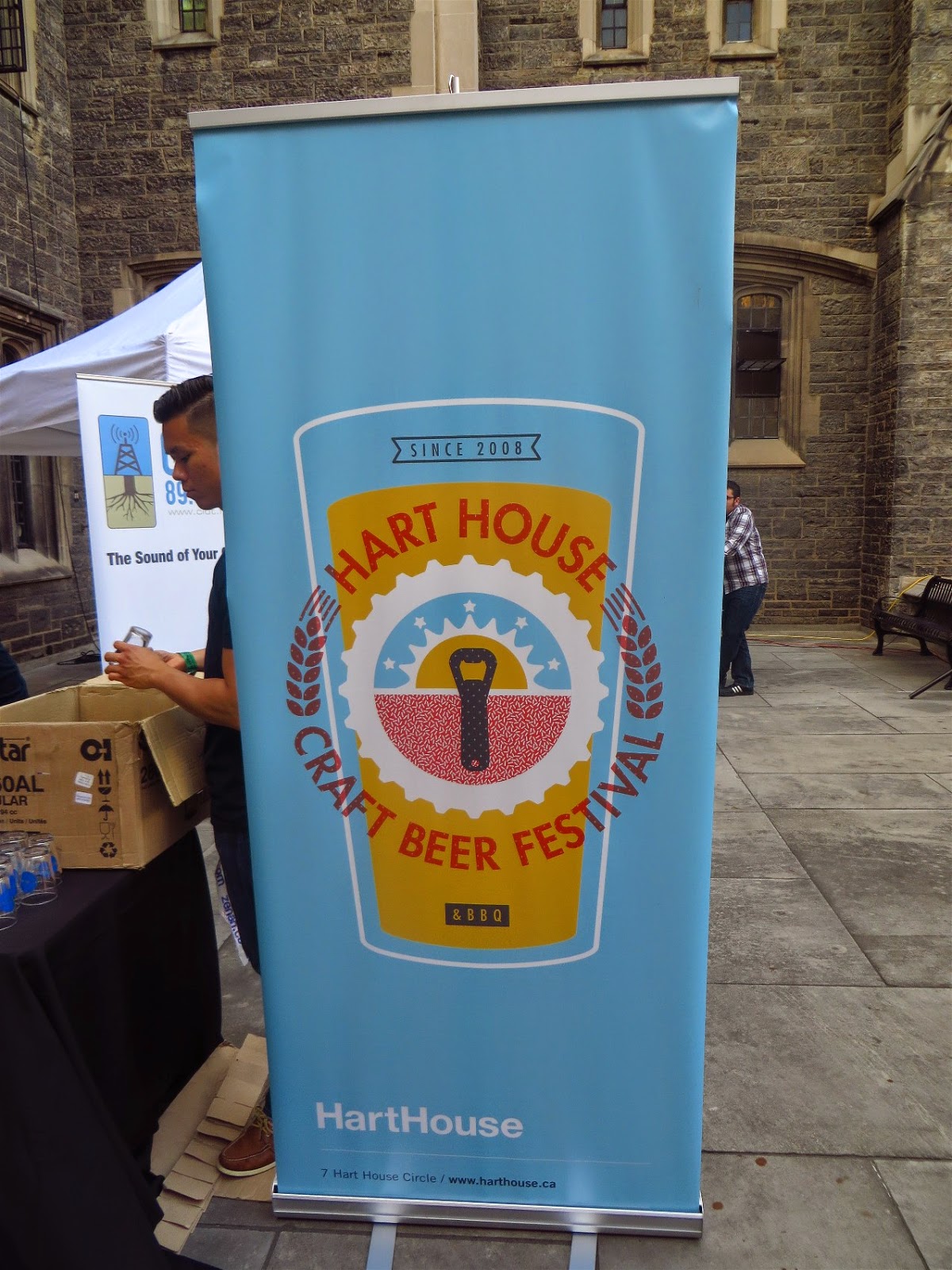 Tonight was the seventh annual Hart House Craft Beer Festival. Teena and I have never been as we are always on vacation during this week but as this is a "staycation" we had the opportunity. The fest opened at 7 PM and, as expected, there was a lineup. It moved fairly quickly, though, and by twenty after, we were in. 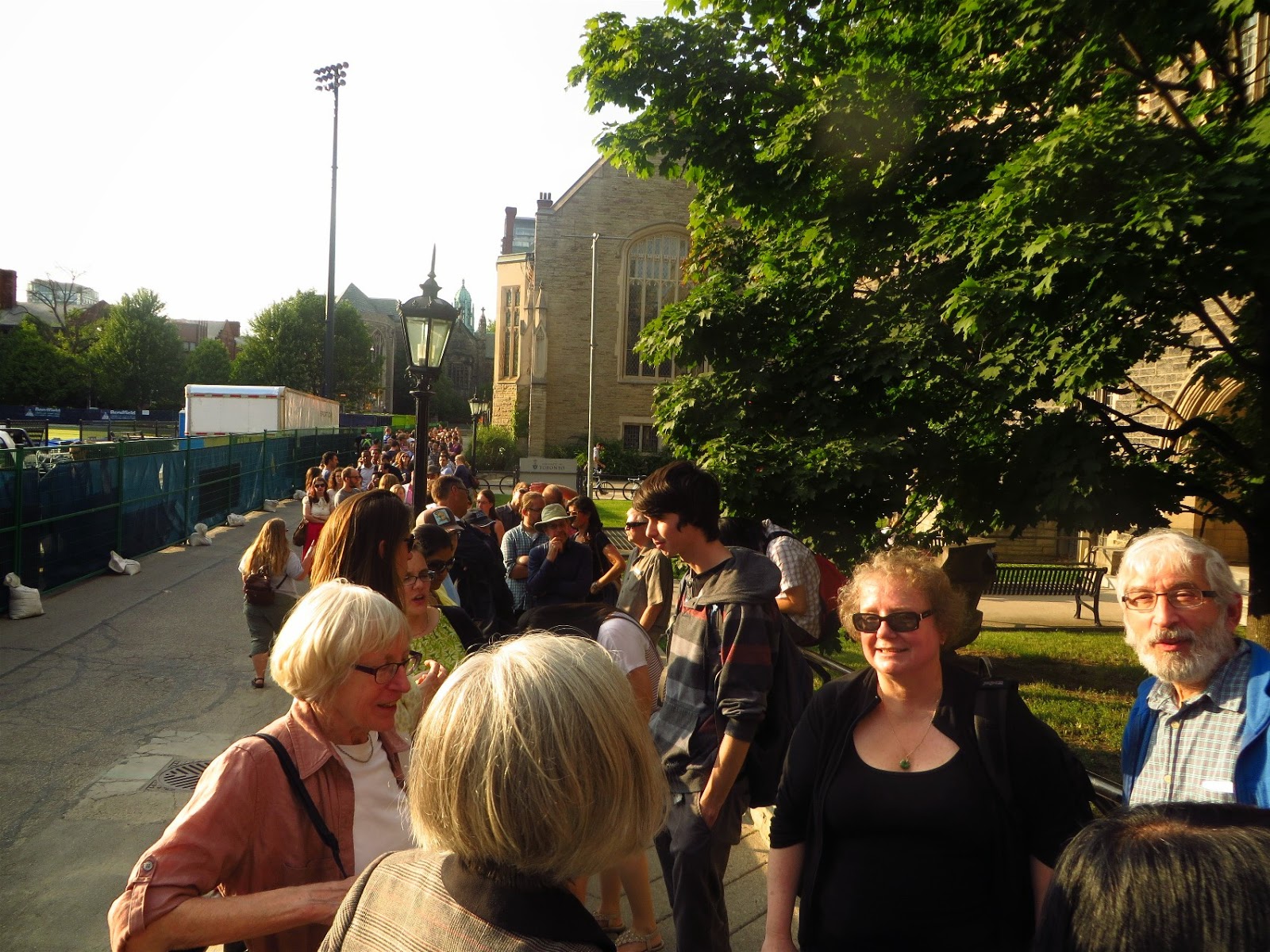 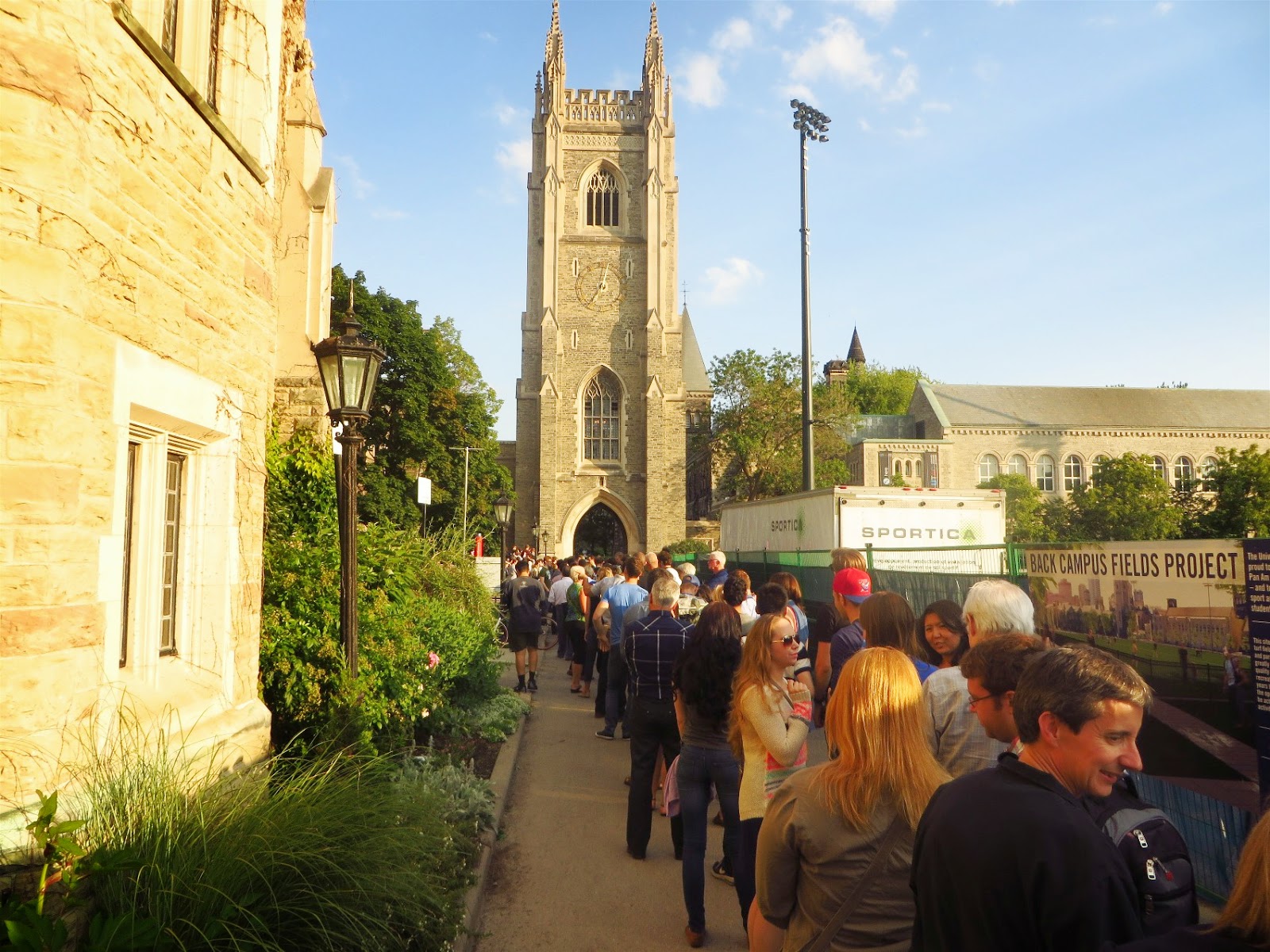 The $36 ticket came with eight beer tickets (extra tickets were $2 for a 6 ounce pour) and all you could eat food, which featured BBQ, sandwiches, a variety of salads, hard boiled and pickled eggs, snacks, it was never ending. Teena and I did not know what to expect so we ate first. If we go next year, we won't make that mistake.

We thought that the food stations being spread around created a problem in the flow of people around the court yard but others we talked to said it was better laid out from other years when they had it all in one place which created long line-ups. 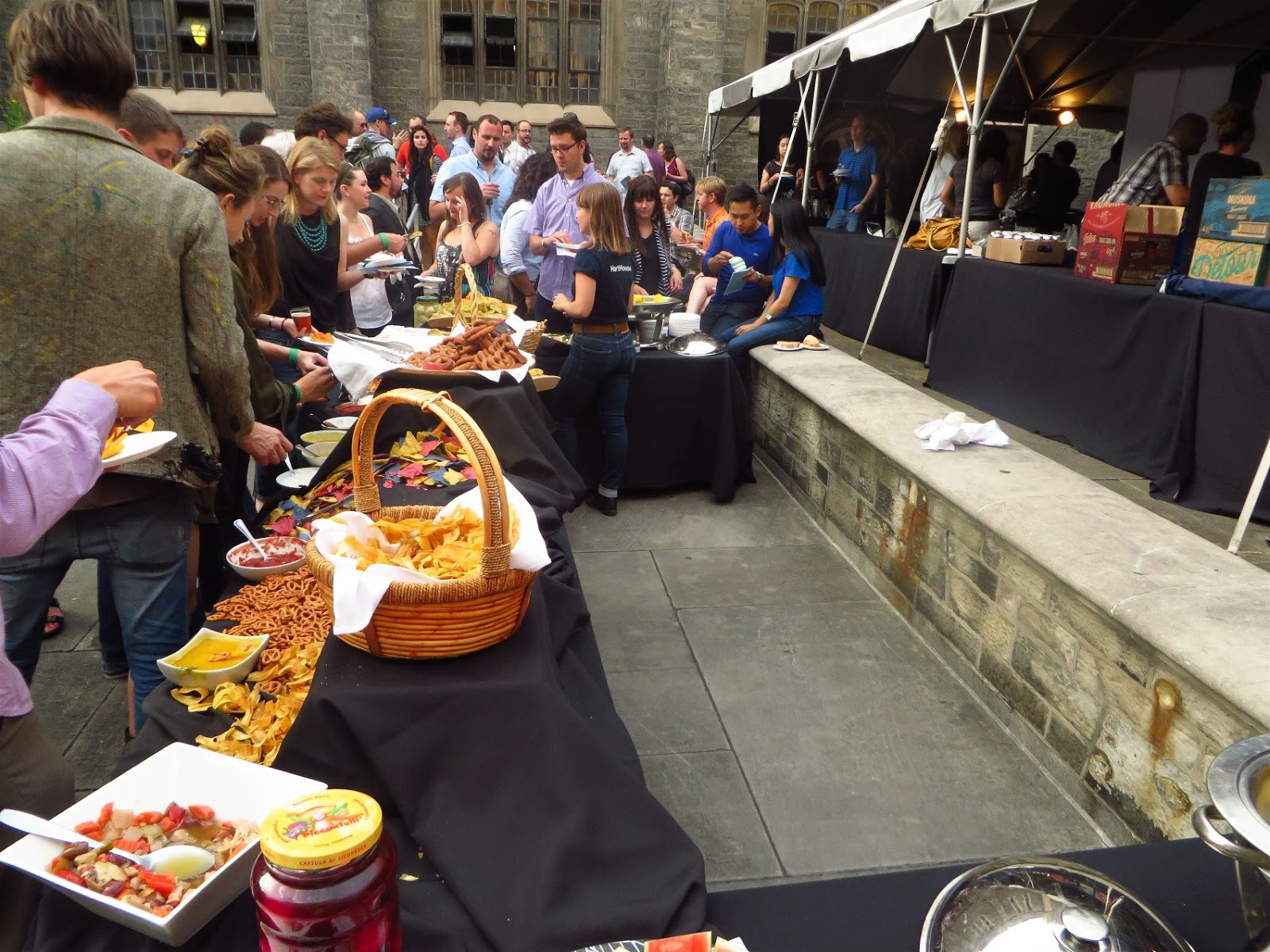 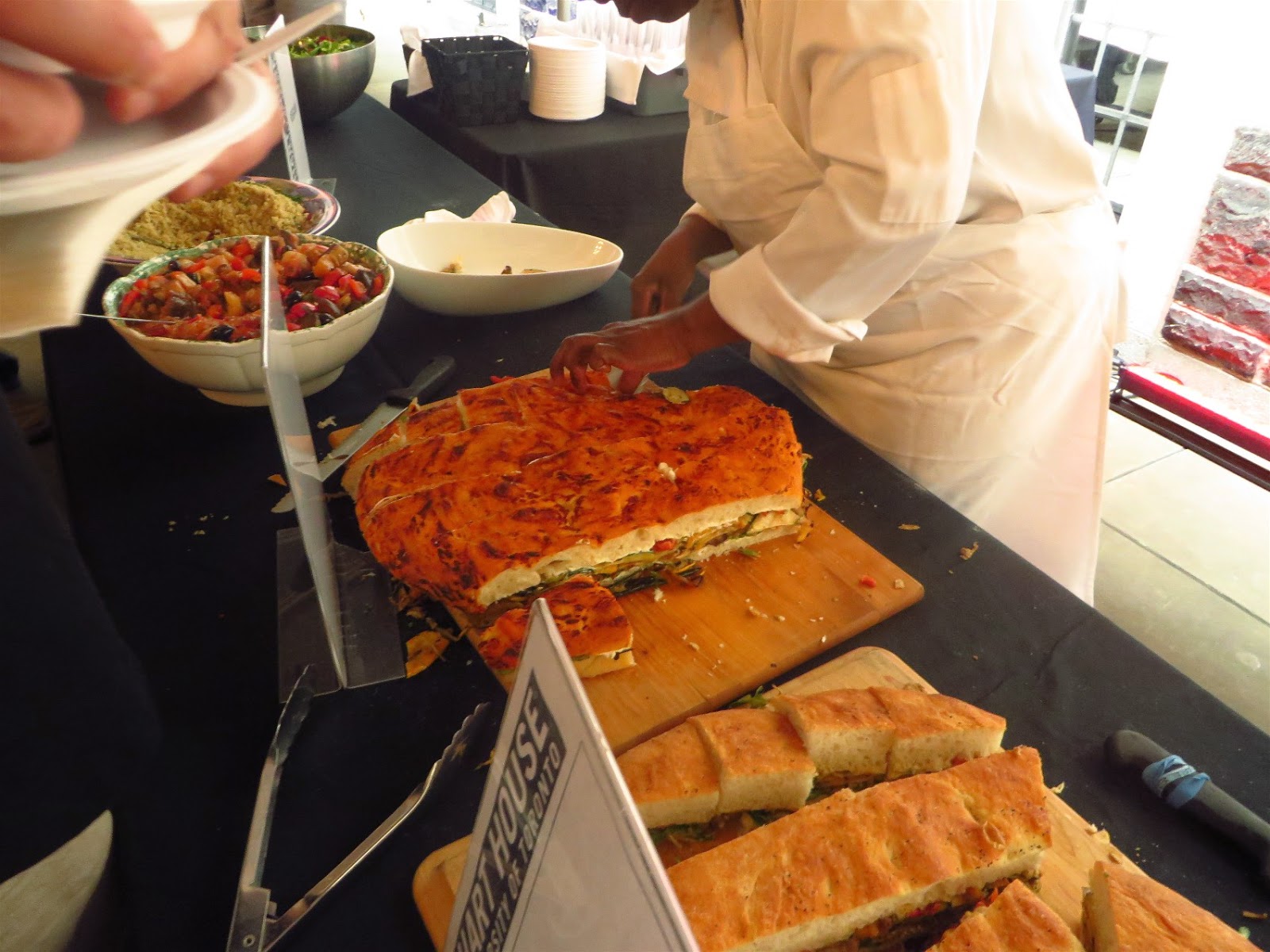 My favorite picture of the night taken during sunset. 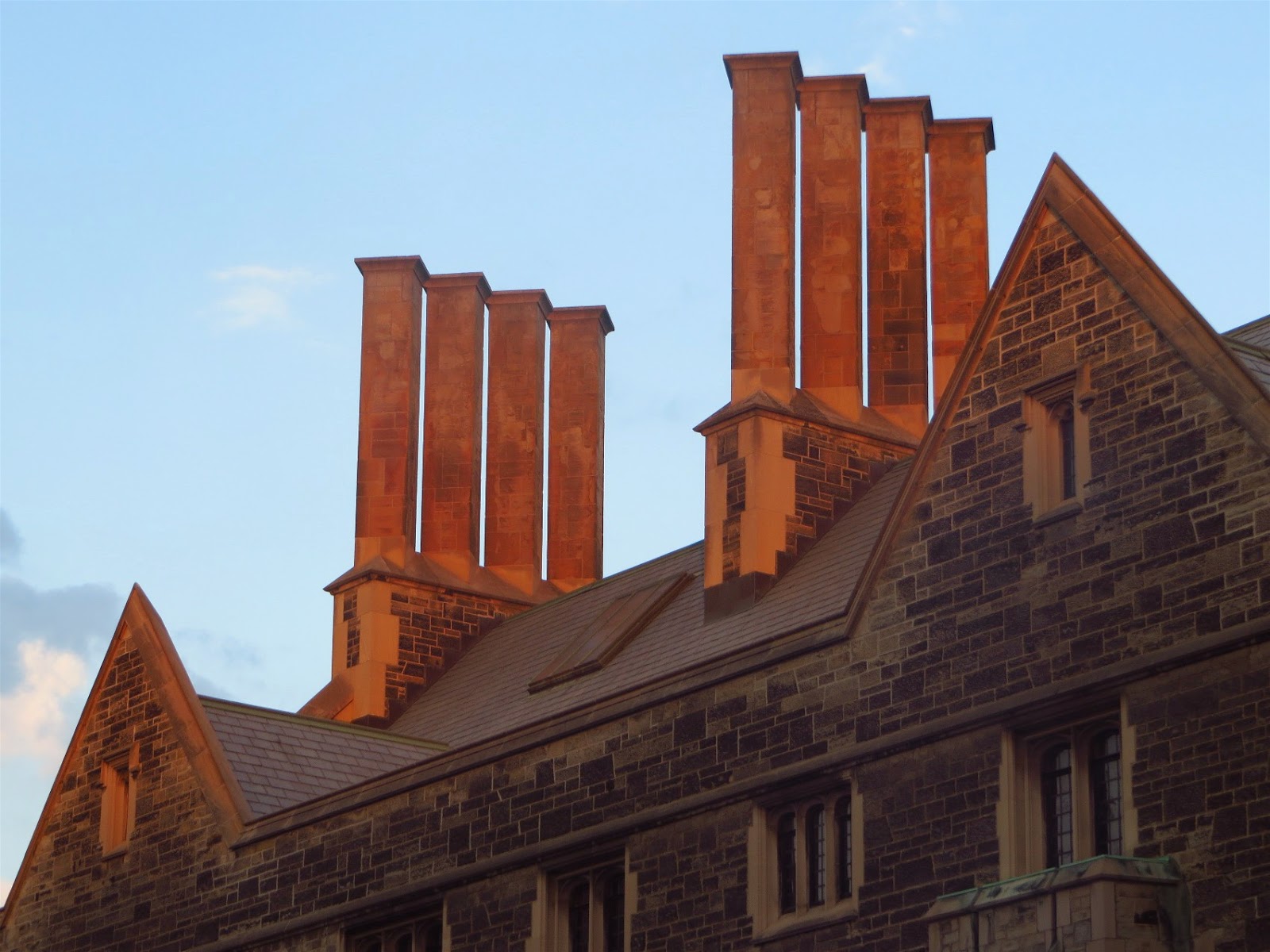 The courtyard when we first arrived. 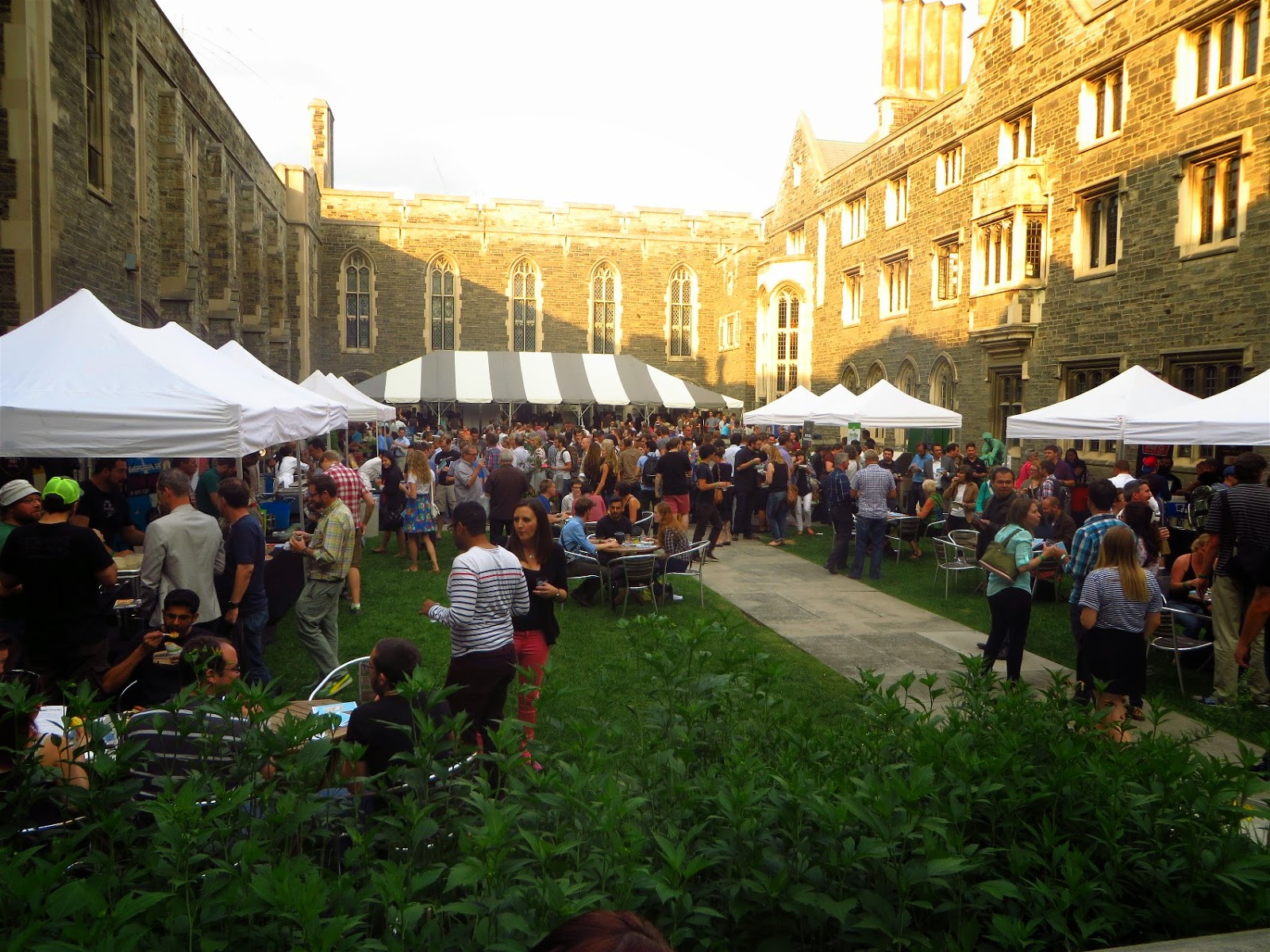 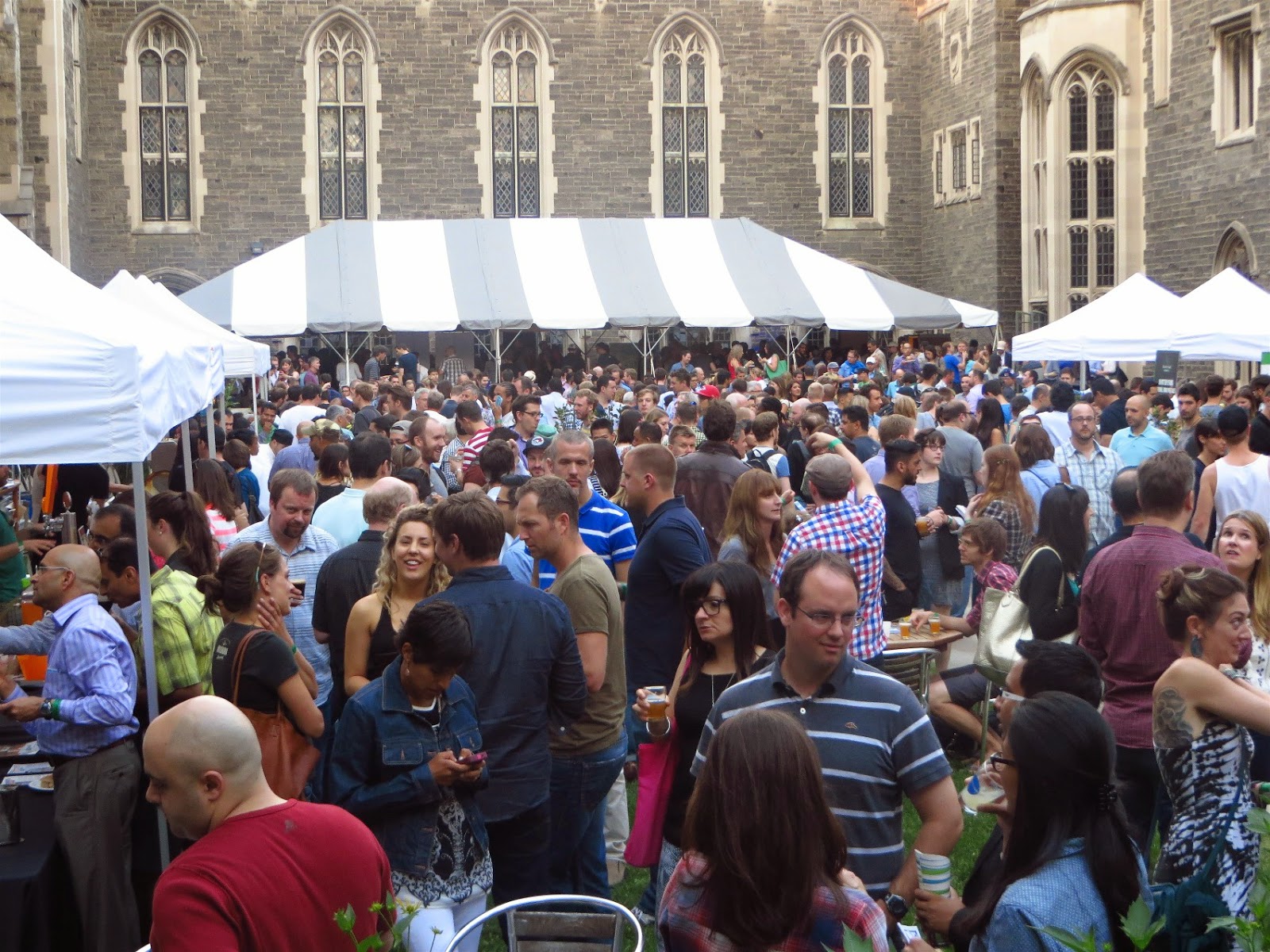 To the beers! I started with a very nice Shangri-La IPA from Wellington Brewery. 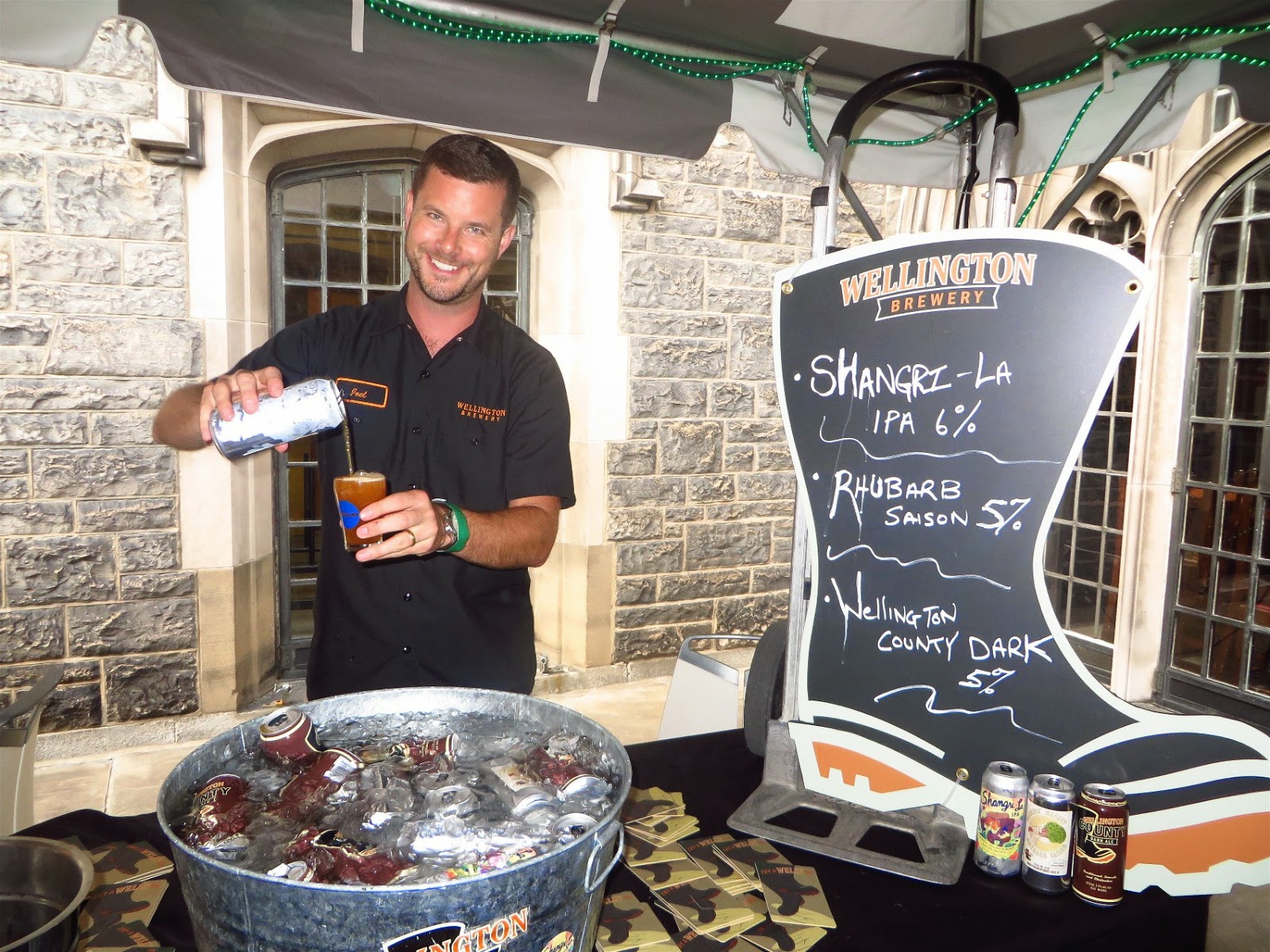 Teena had a Creemore Springs Lager. 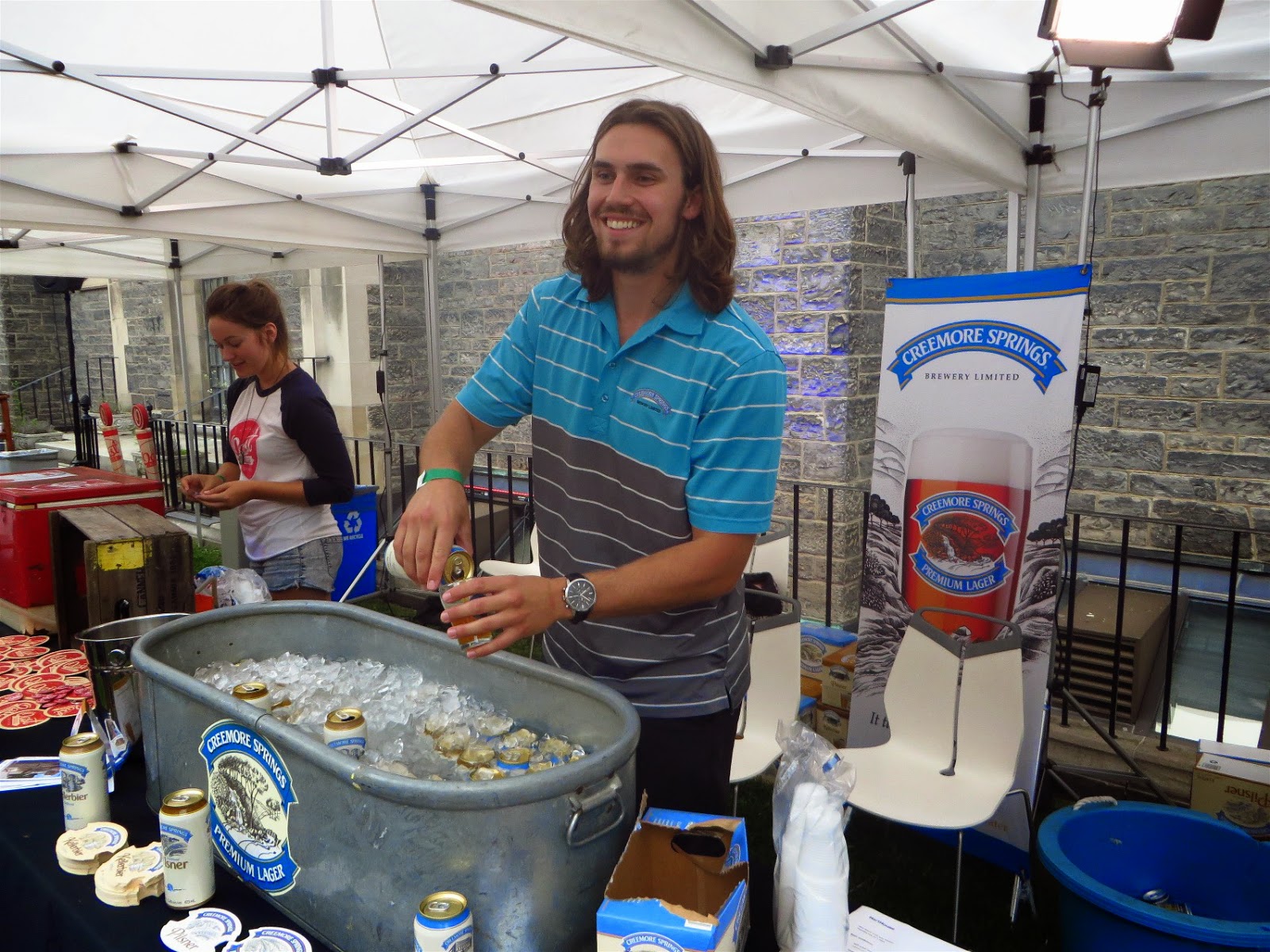 Next up for me was a Oast House 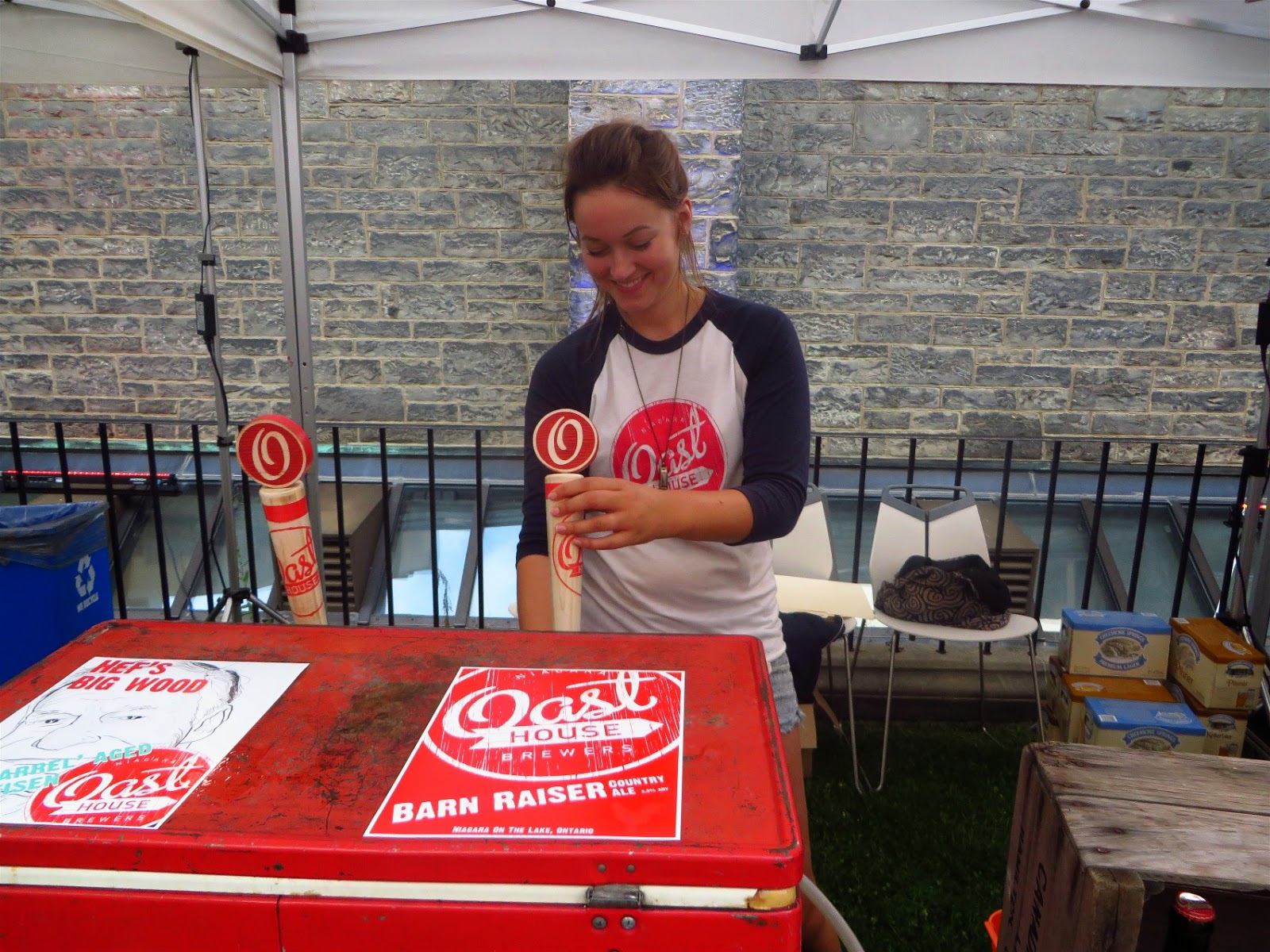 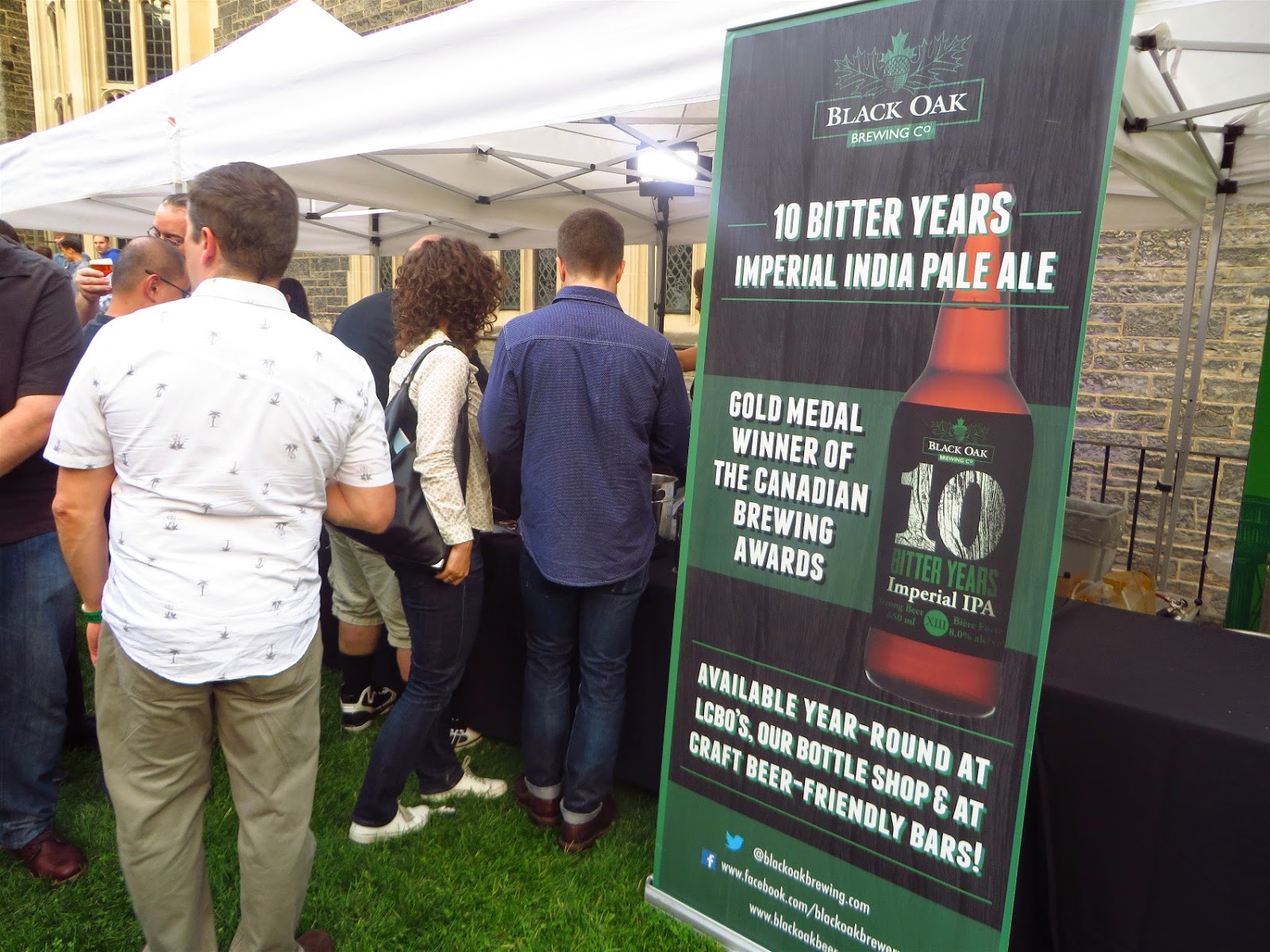 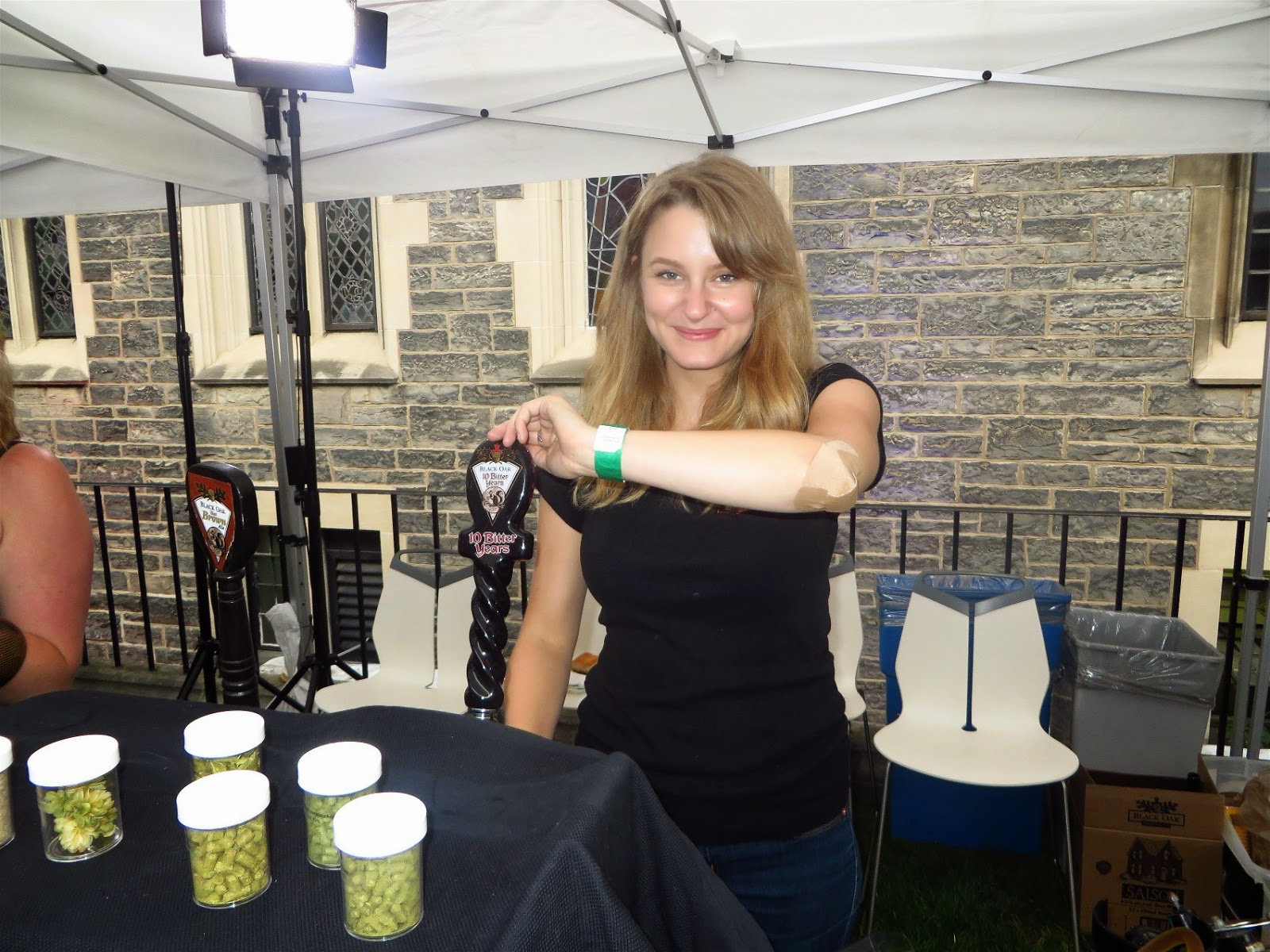 I had another one to end my night! 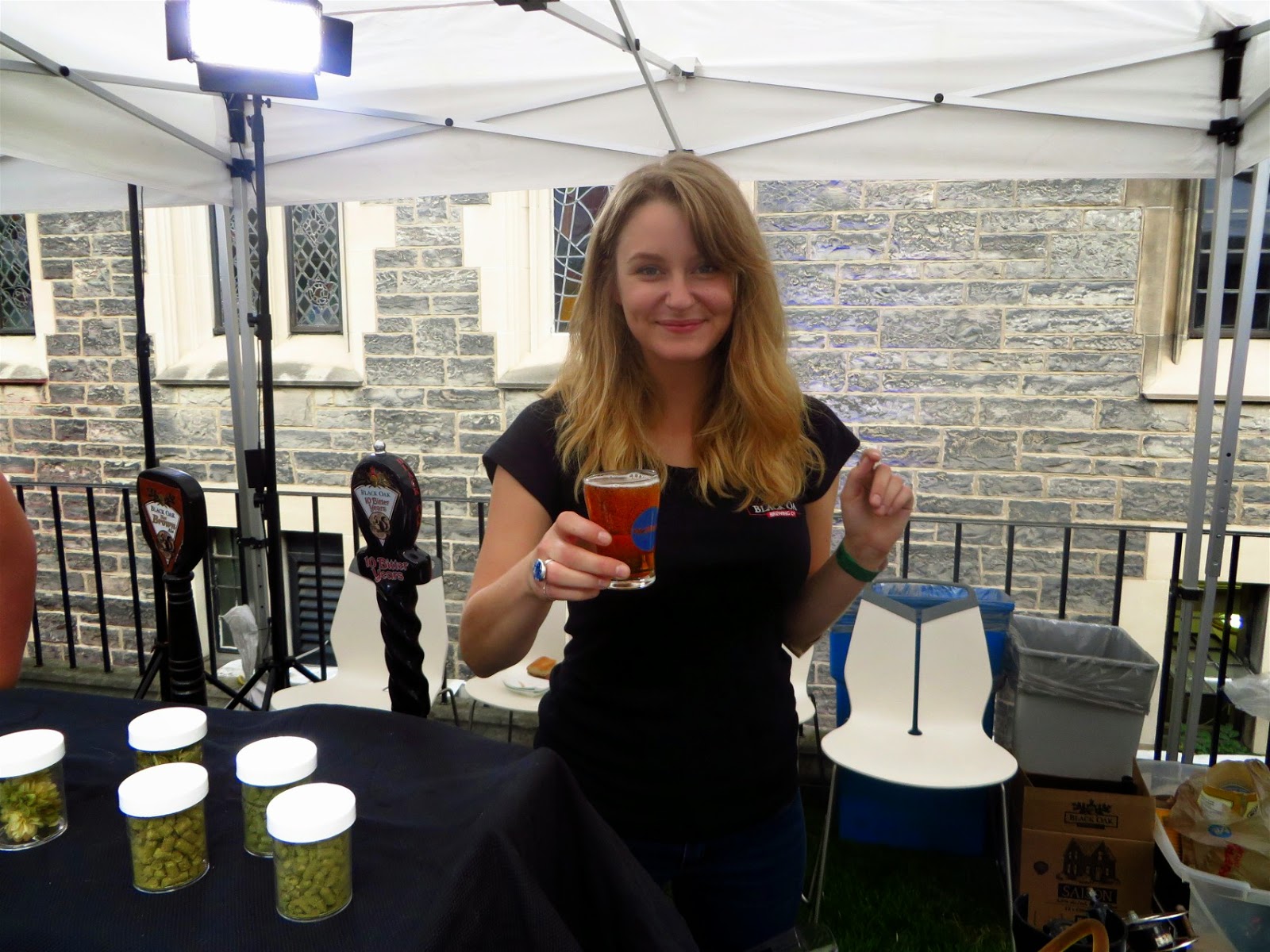 Mirella Amato from Beerology was there promoting the Canadian Cicerone Program. This is the beer version of a Sommelier and Mirella is North America's first female and Canada's only Master Cicerone. I took an excellent beer course from her a few years ago. She recently published a book through Random House called Beerology: Everything You Need To Know To Enjoy Beer...even More that I'm looking forward to buying. 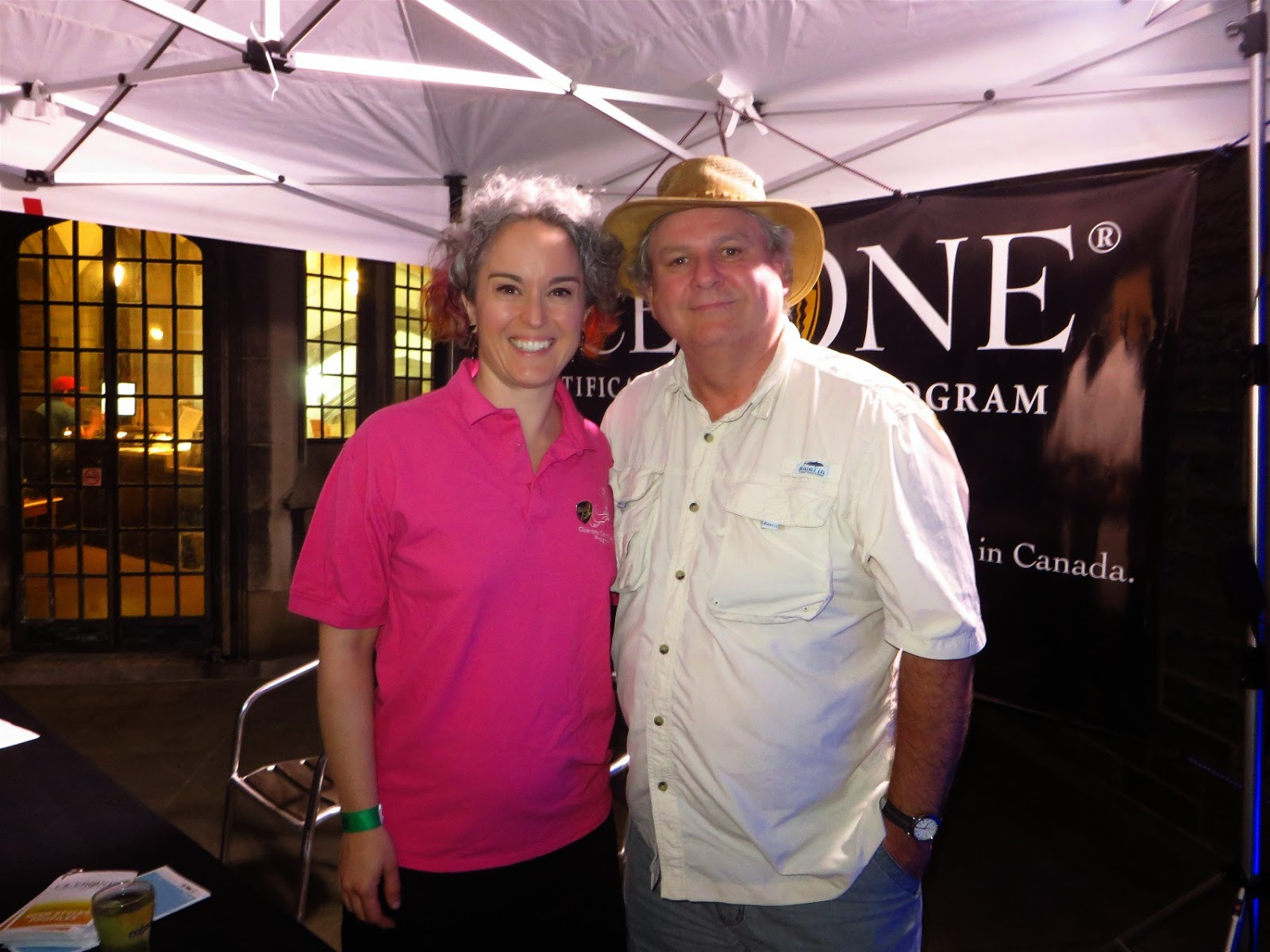 Although the beer lineups were short and the Hart House staff did a great job ensuring that all the food plates were continually cleaned up, I found it crowded. 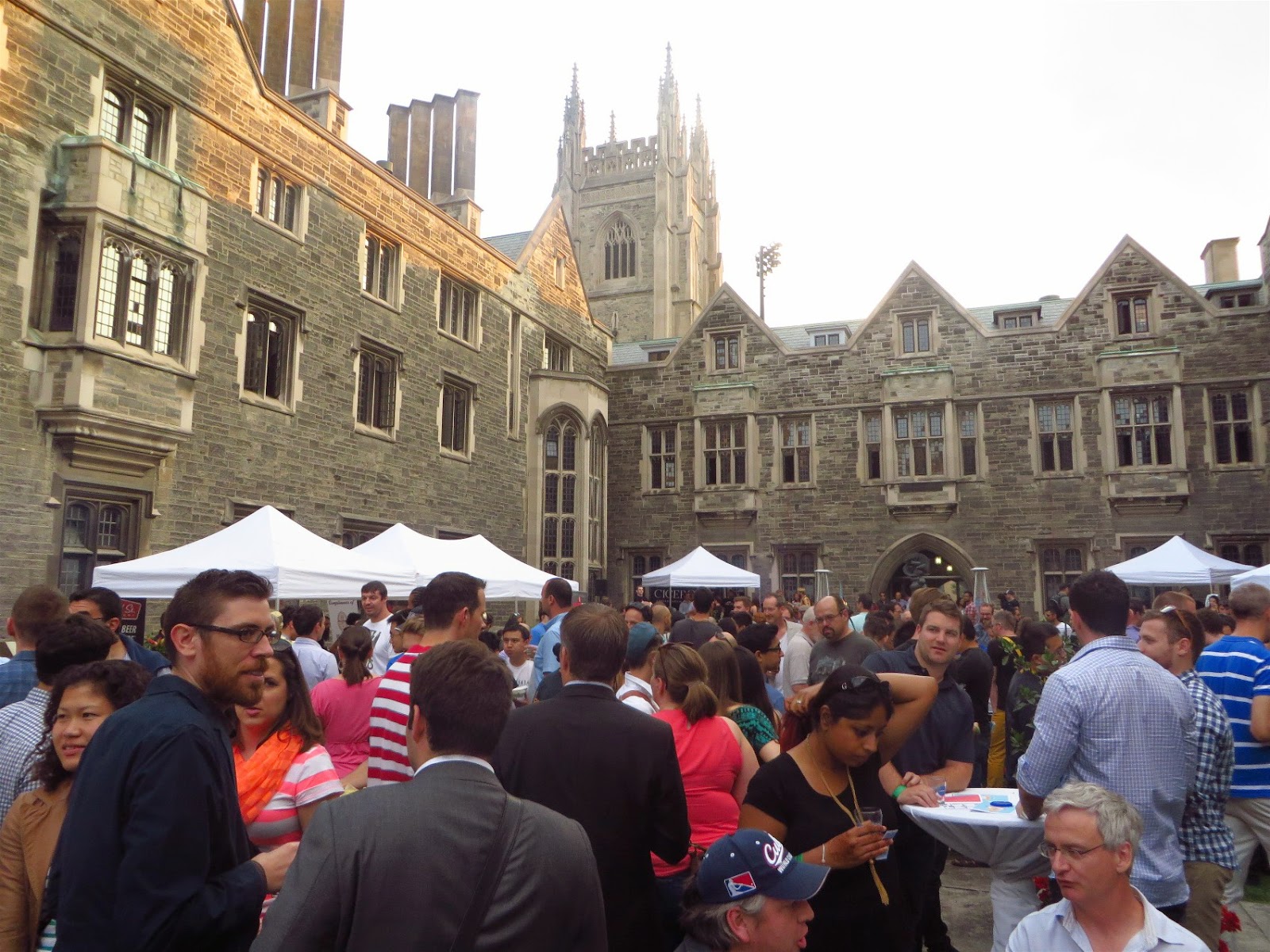 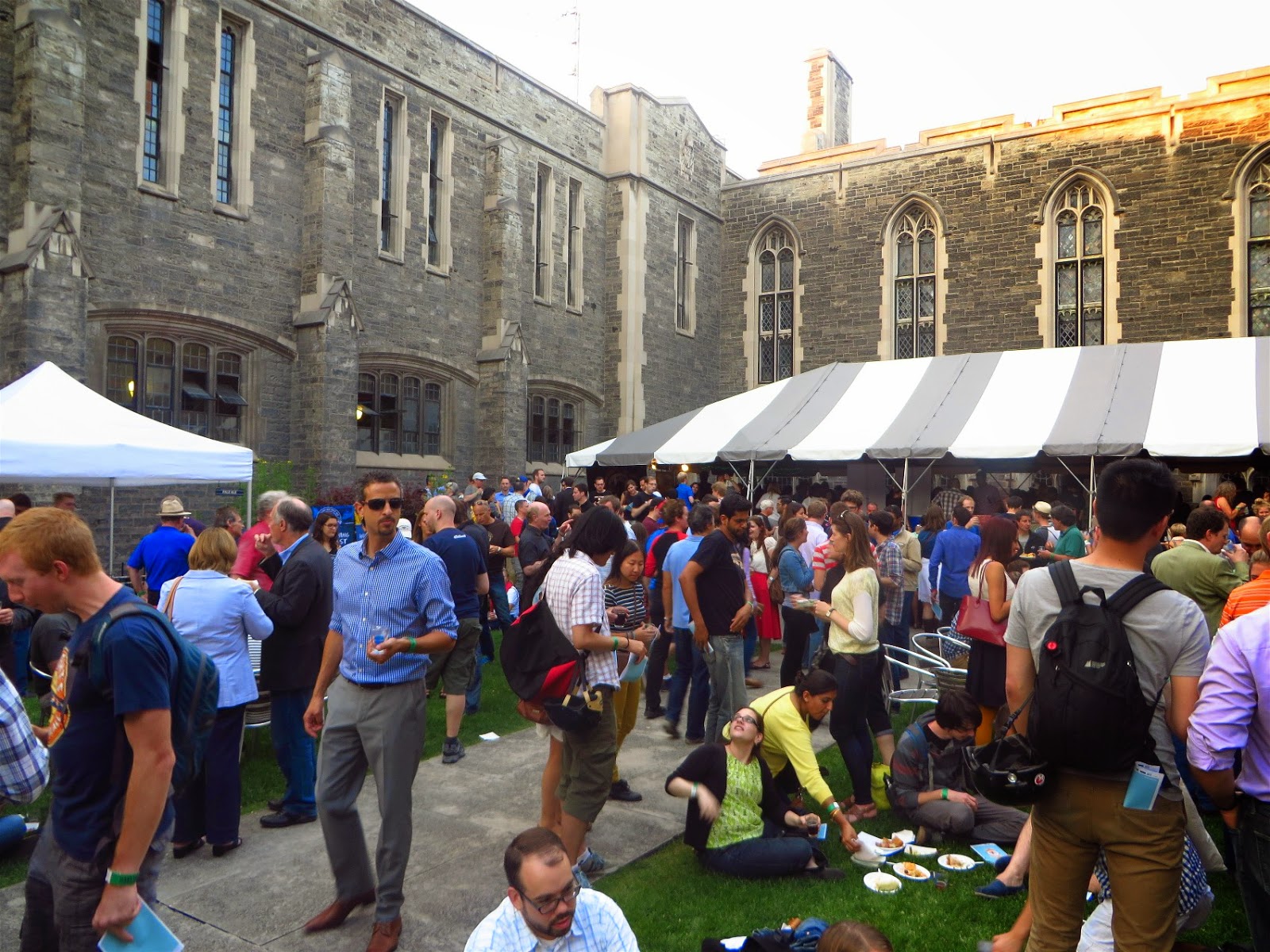 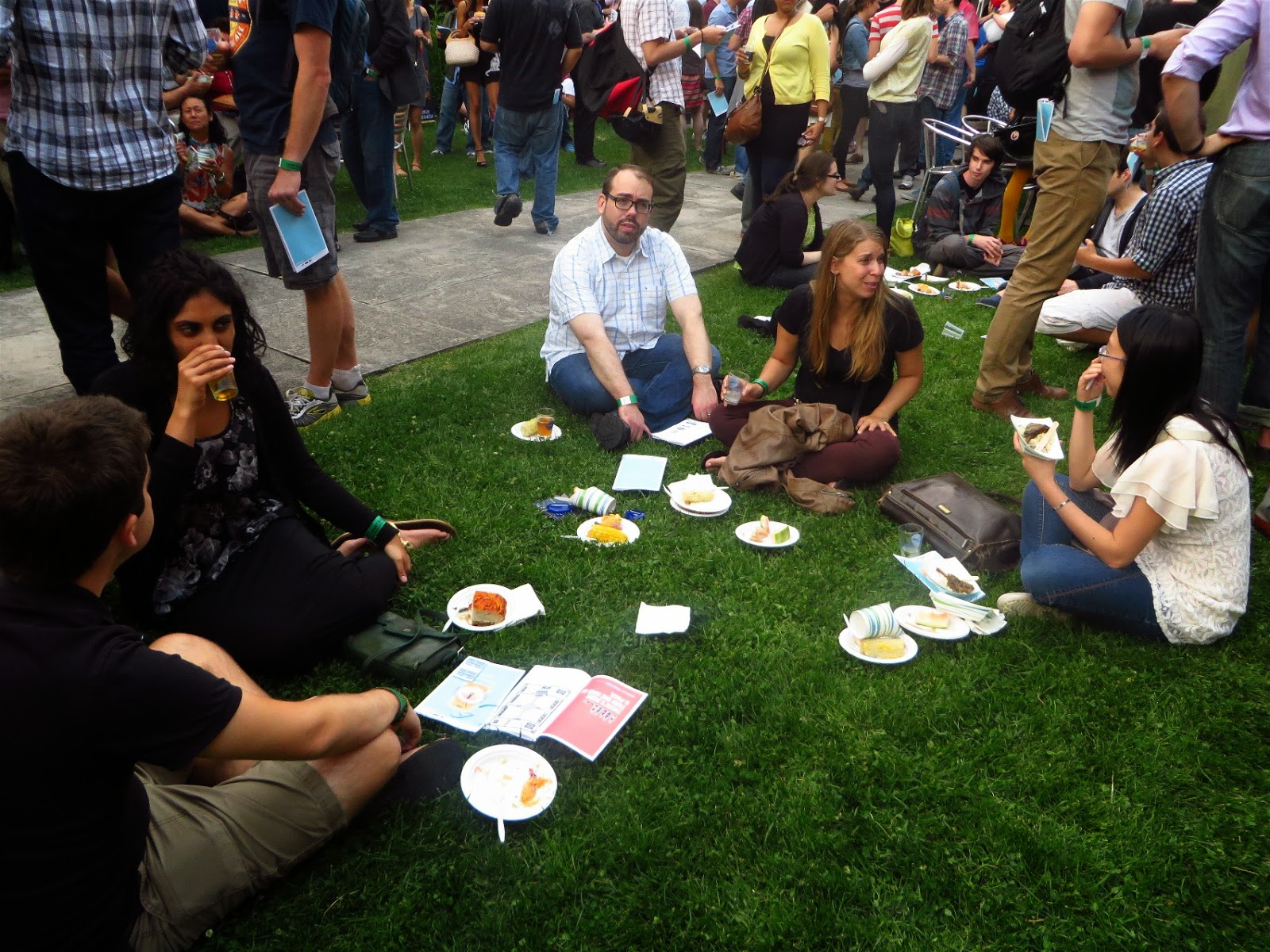 Teena ran into members she knew from the Society of Beer Drinking Ladies. 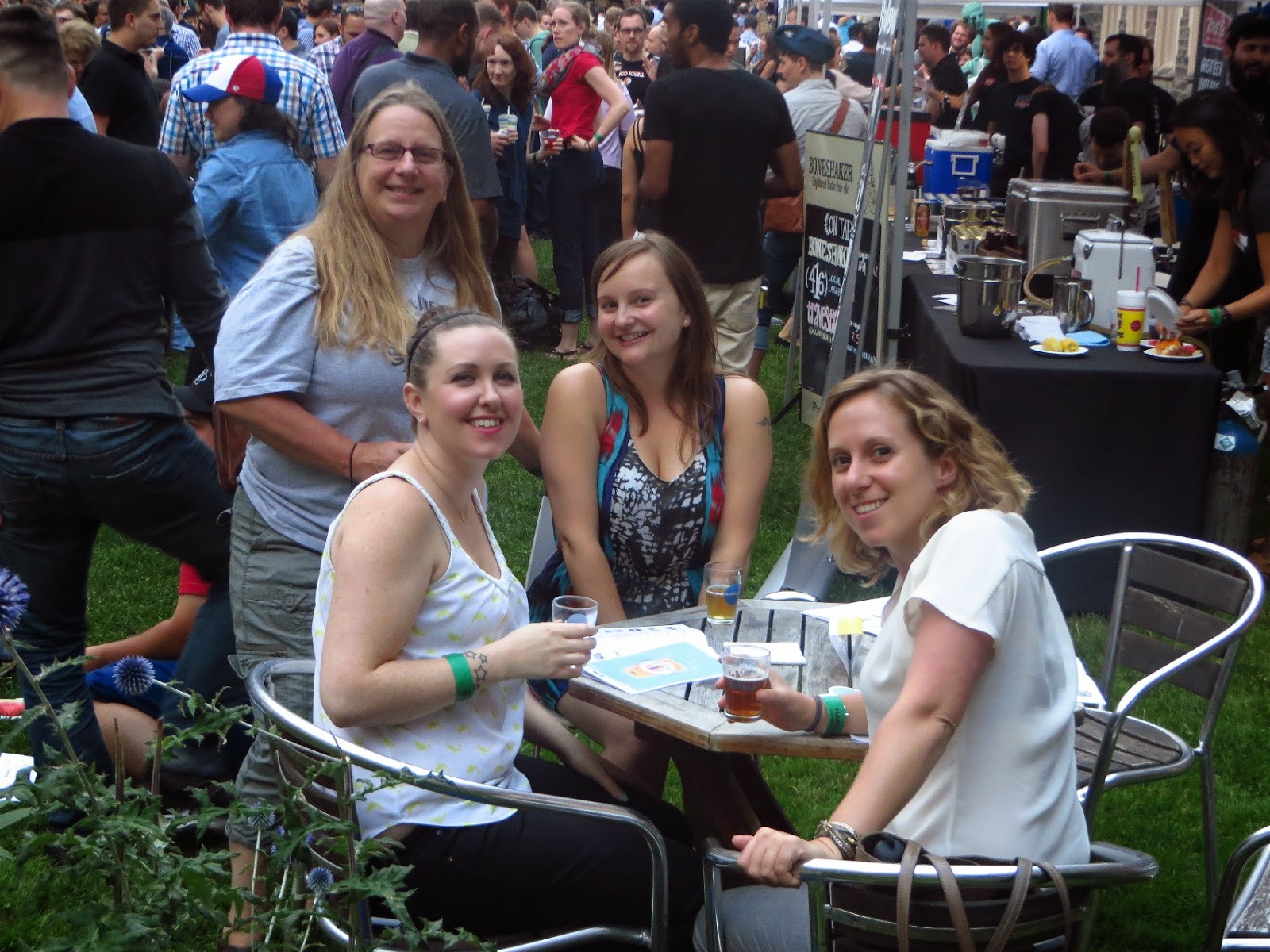 I had a favorite that I have had before, a Hop Circle IPA from Phillips Beer. 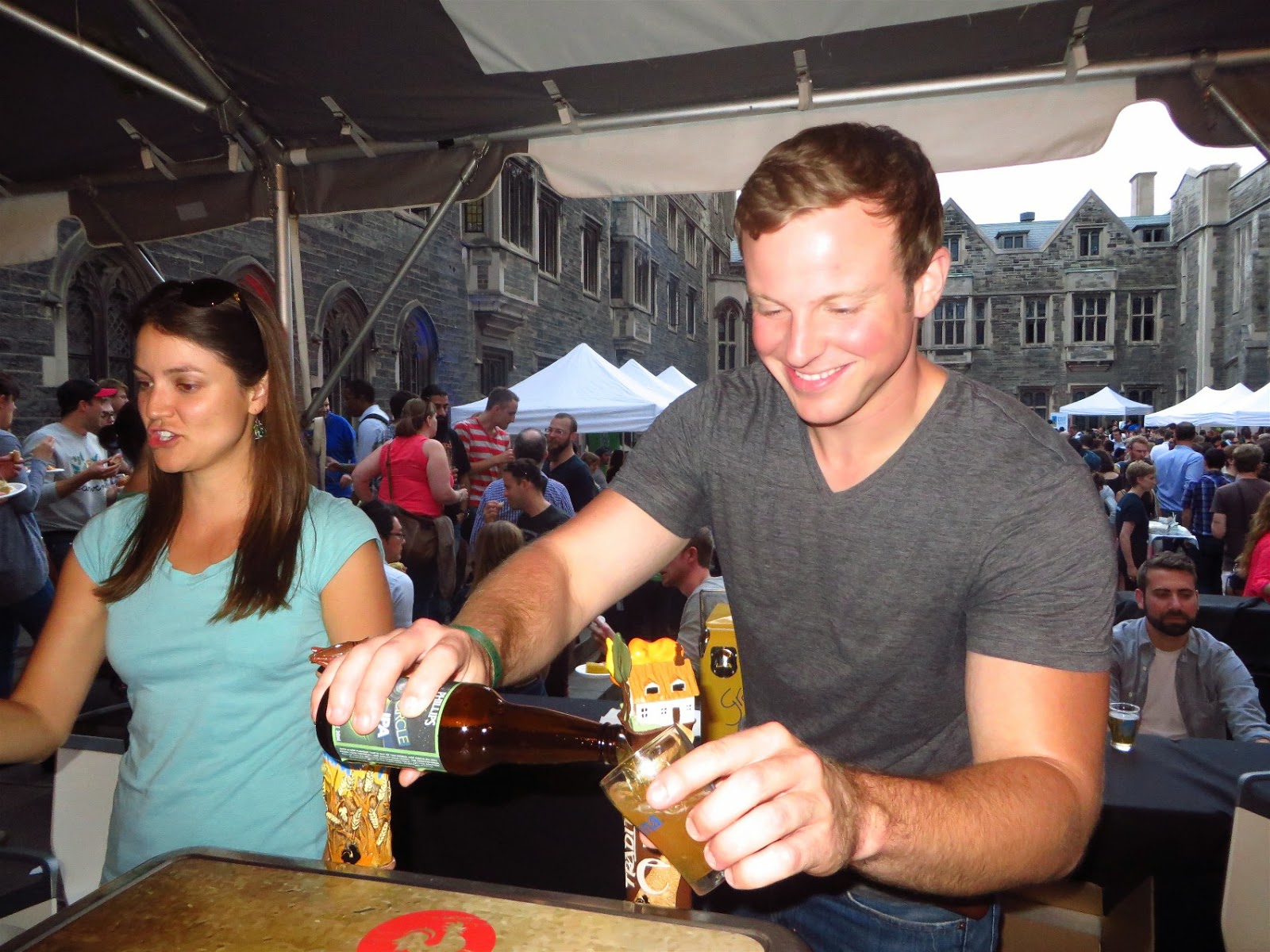 Another favorite. A Hops and Robbers from Double Trouble Brewing. 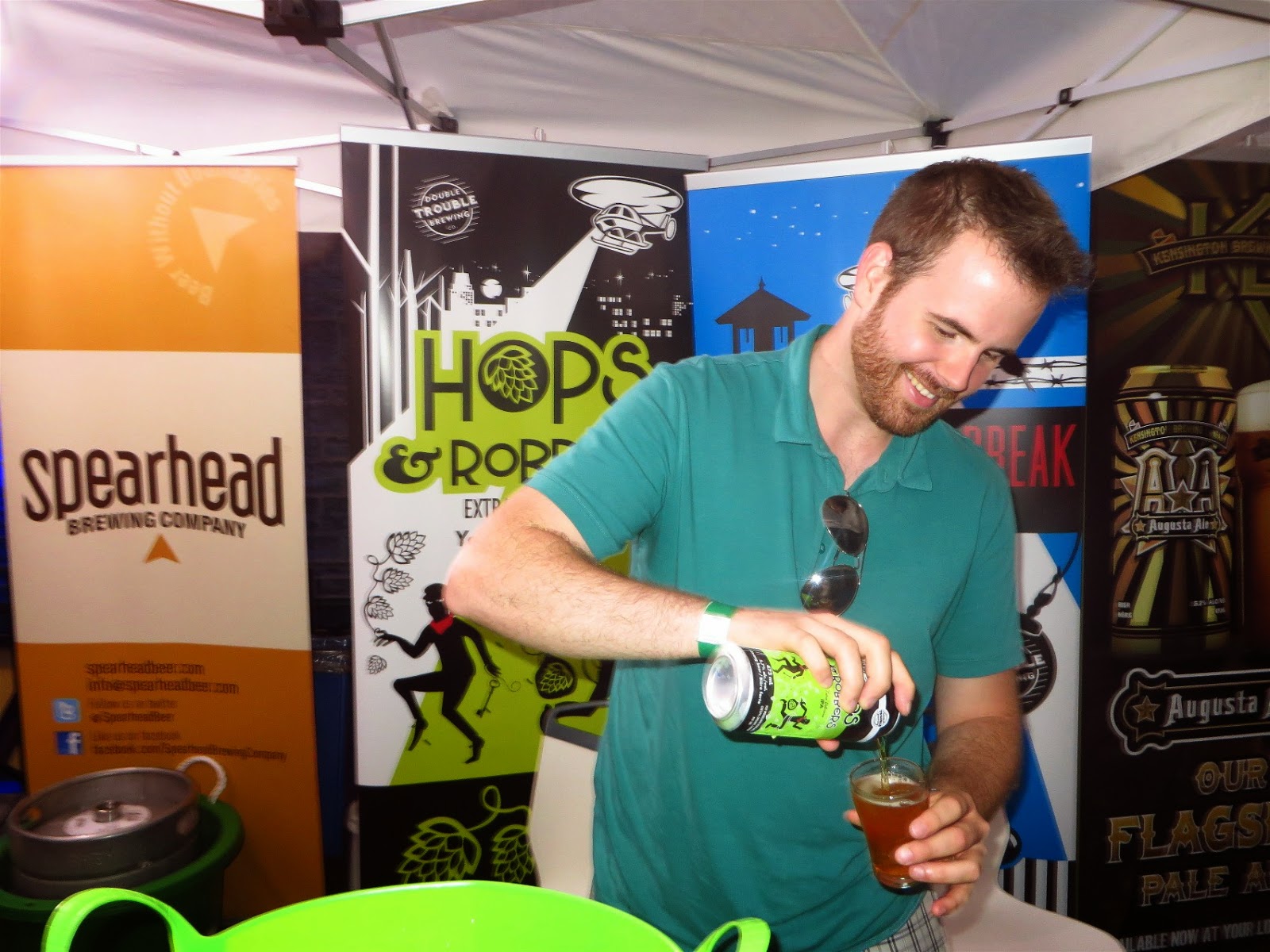 My second last beer of the night was the Boneshaker from Amsterdam Brewing which I always enjoy. 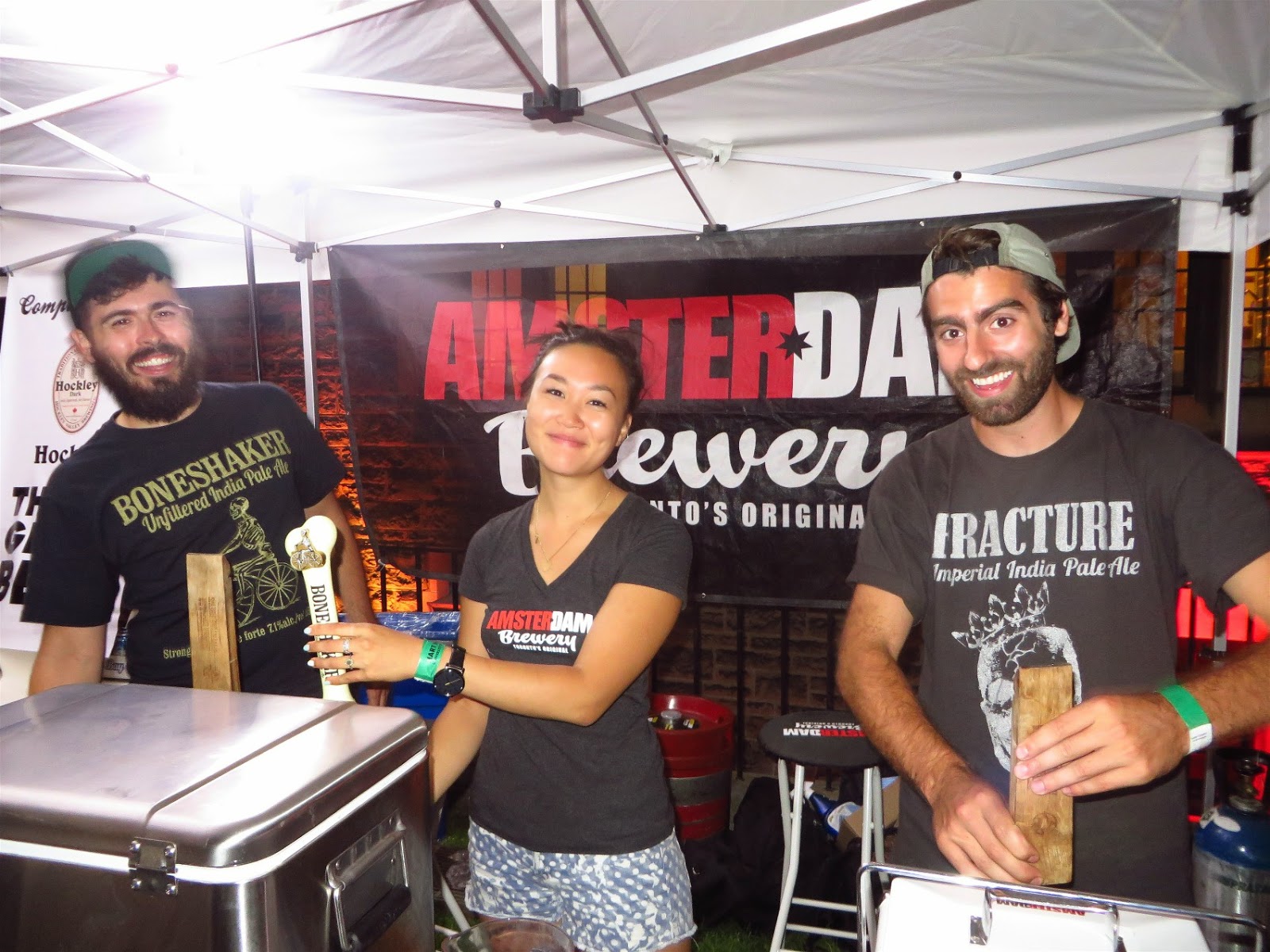 The yard was quite colourful as we left. 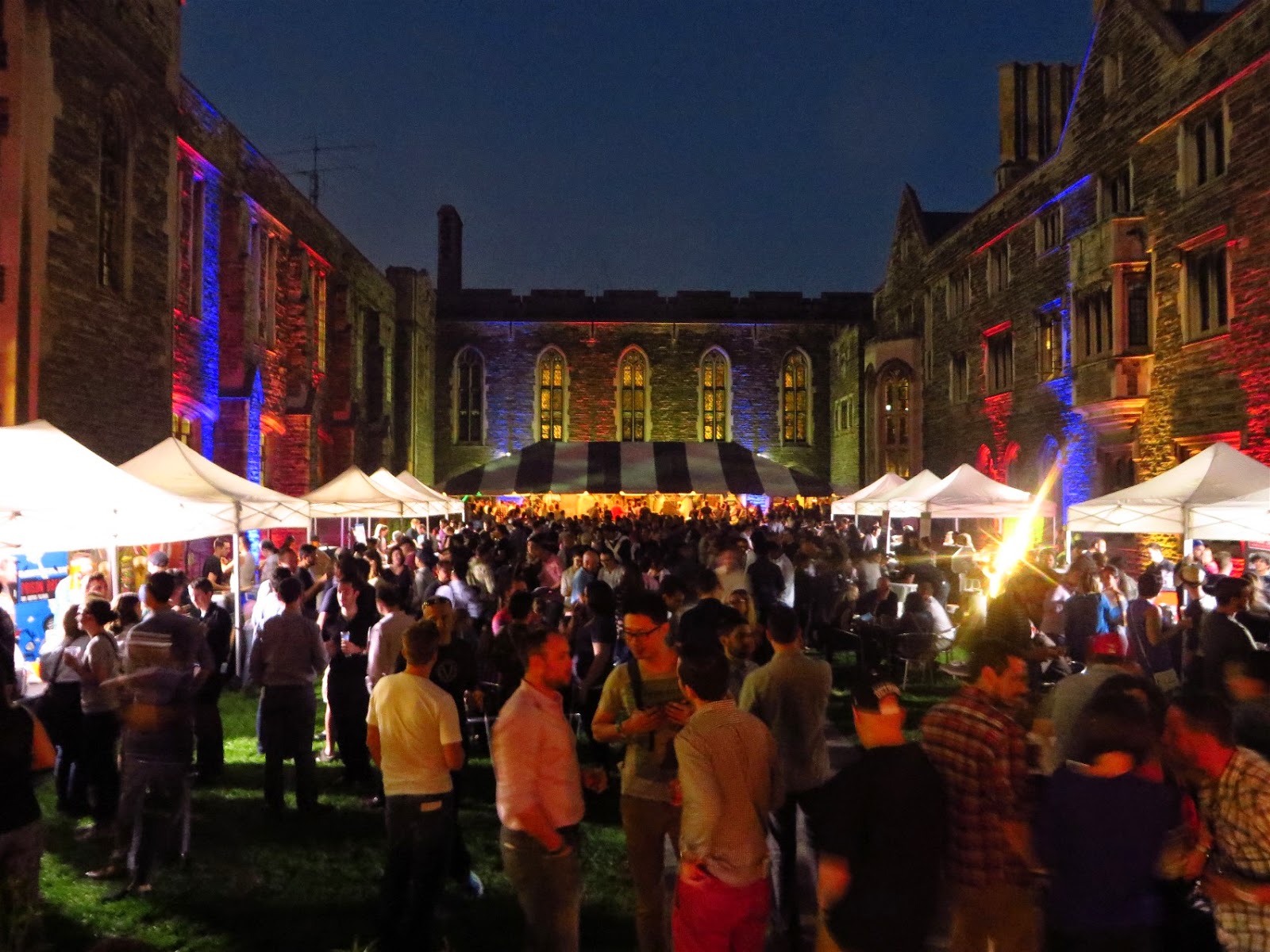 As we left, I saw this view of the university and the moon. 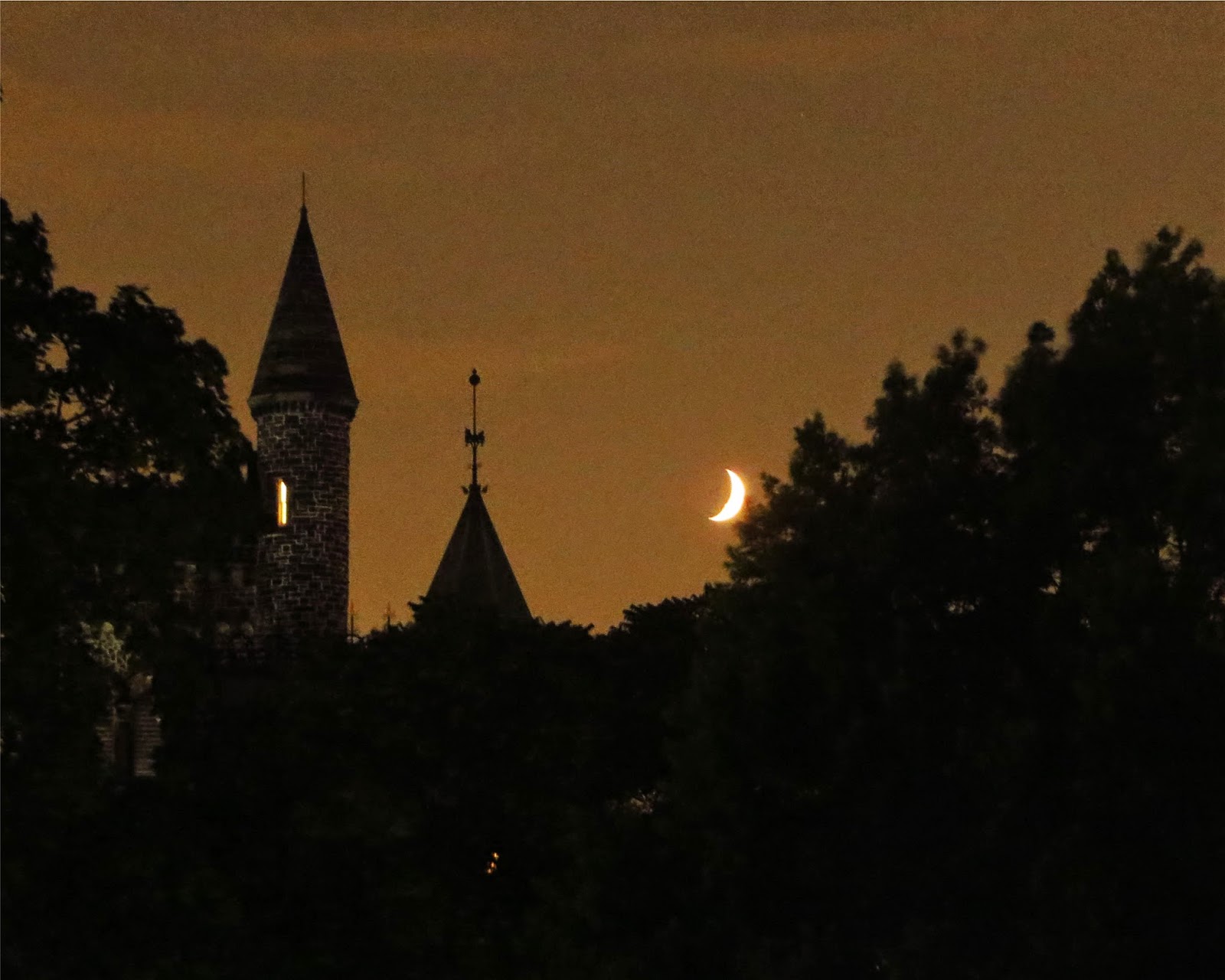 Something was off about tonight for both Teena and I. The beer was great and although it was crowded, the lineups for beer were small. Lots of food was available but we had ate before we went. Everybody we talked to were having a great time, yet for both of us, there seemed to be something missing. For me, I think I felt very confined in the crowd of that courtyard and perhaps that's why I didn't have the great time that I usually have at a beer festival.
Posted by Swordsman at 22:00