An Afternoon Cruise on the Kajama 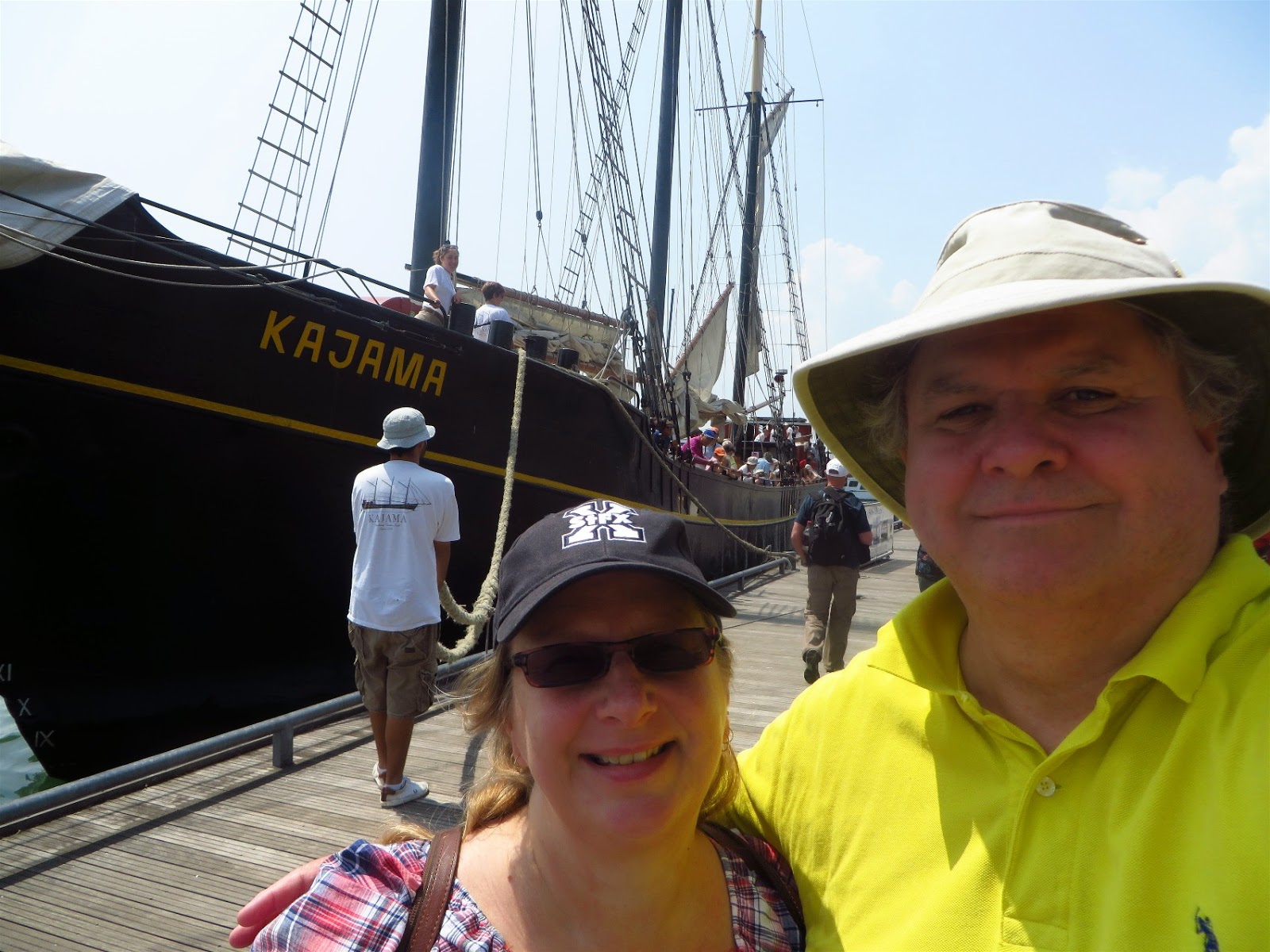 Teena and I are on vacation this week and this afternoon decided to go for a cruise around Toronto Harbour and Humber Bay on the Kajama. 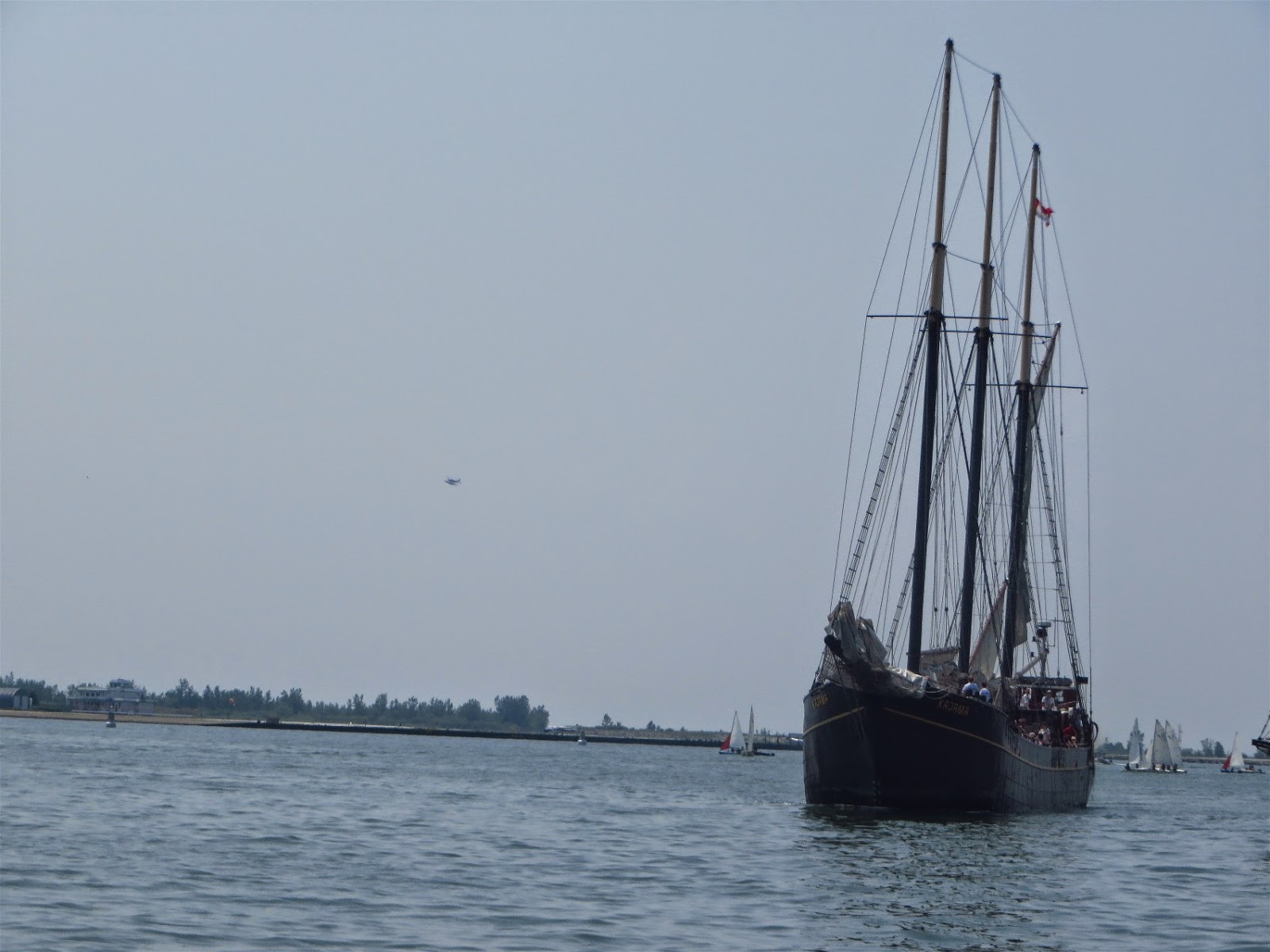 This tall ship has a long history.

Kajama (pronounced 'Kai – ya – ma') was built at Nobiskrug shipyard in Rendsburg, Germany and launched on July 26, 1930 under the name Wilfred. She was a three-masted cargo schooner. Captain Wilhem Wilckens was her owner and master and he operated from the homeport of Hamburg from 1930 until 1960.

In 1960 she was purchased by Captain Karl Asmussen of Egersund, Denmark. Captain Asmussen renamed the ship Kajama after his two sons and his wife: Kaywe, Jan and Maria. The ship continued to work under sail until the mid-1970s, at which time the Asmussen's converted her to a strictly motor–driven vessel.

Throughout the years from 1930 until 1998 Kajama traded general cargo. Her voyages went as far south as Balboa in Northwest Spain, throughout Western Europe, and Scandinavia, and above the Arctic Circle in Northern Norway. In January 1999 after the passing of Captain Asmussen the previous year, Kajama was purchased by Great Lakes Schooner Company of Toronto. After preparation for sea she steamed to England, Azores and on to Toronto. Kajama underwent a major overhaul and restoration to her original profile in just over ten months.

When you board the Kajama, you can get your picture taken. If you buy a copy, it's $15. We passed. 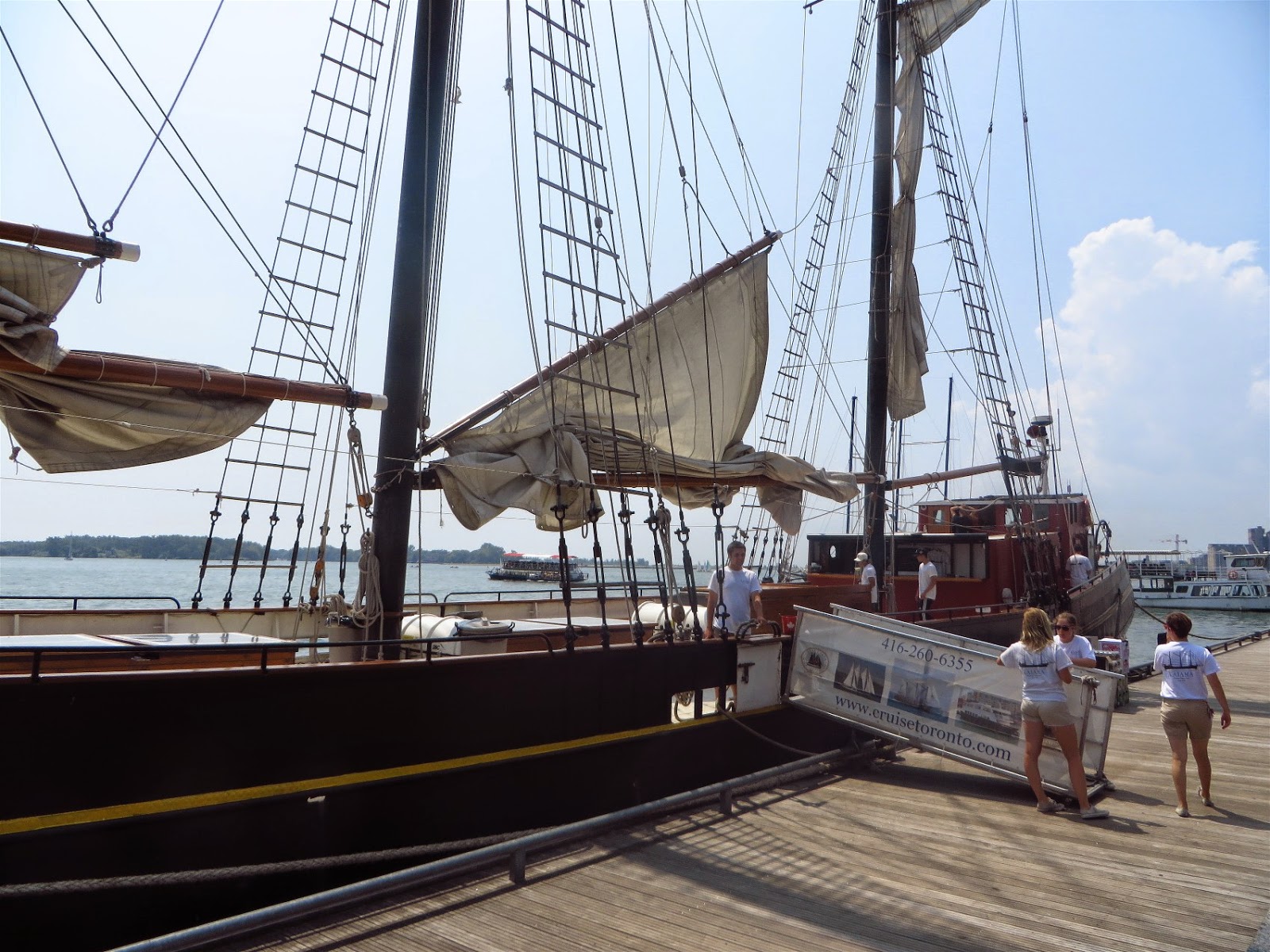 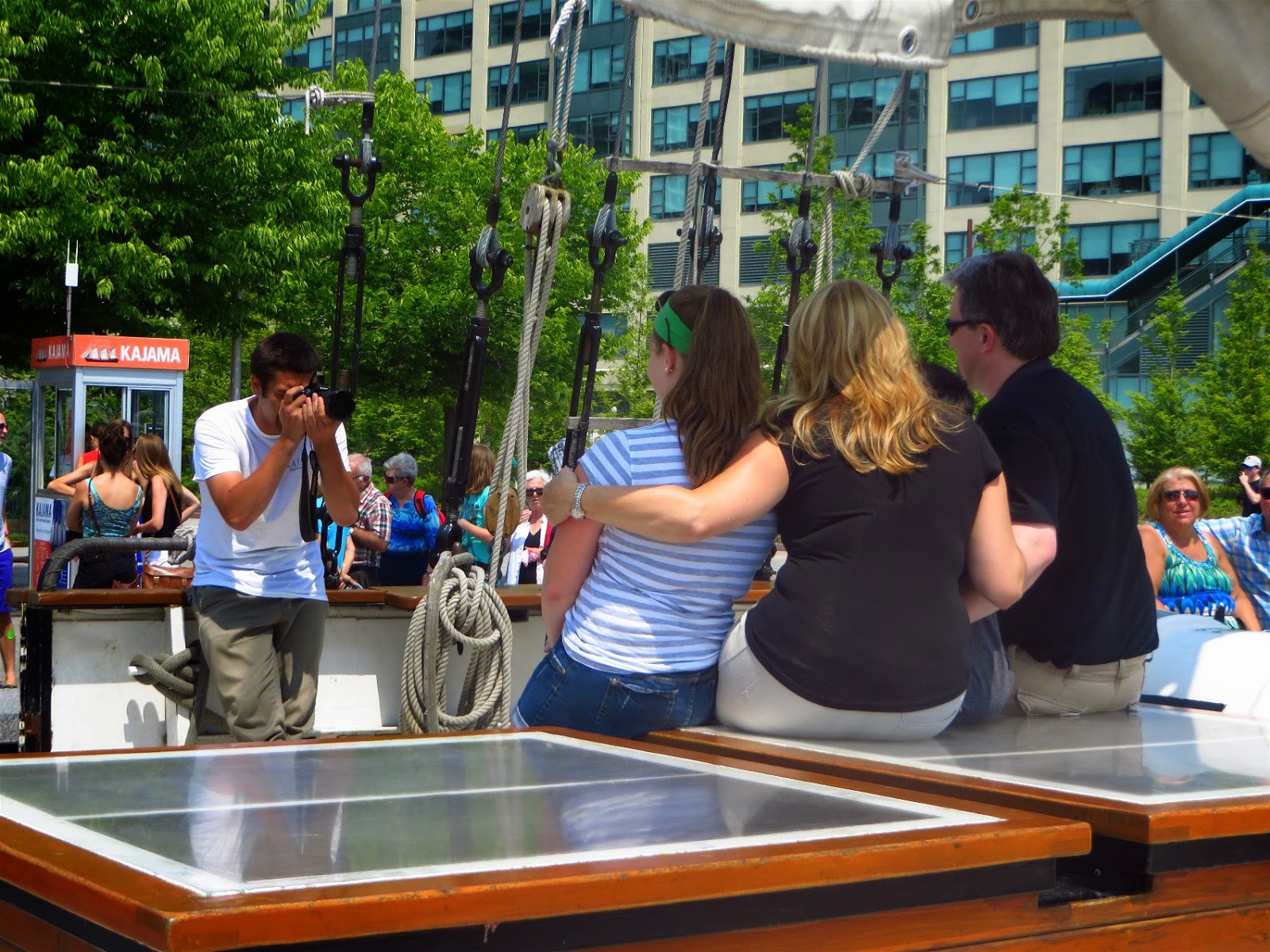 Passengers are asked to help hoist the sails ... again we passed. Others pitched in, though. 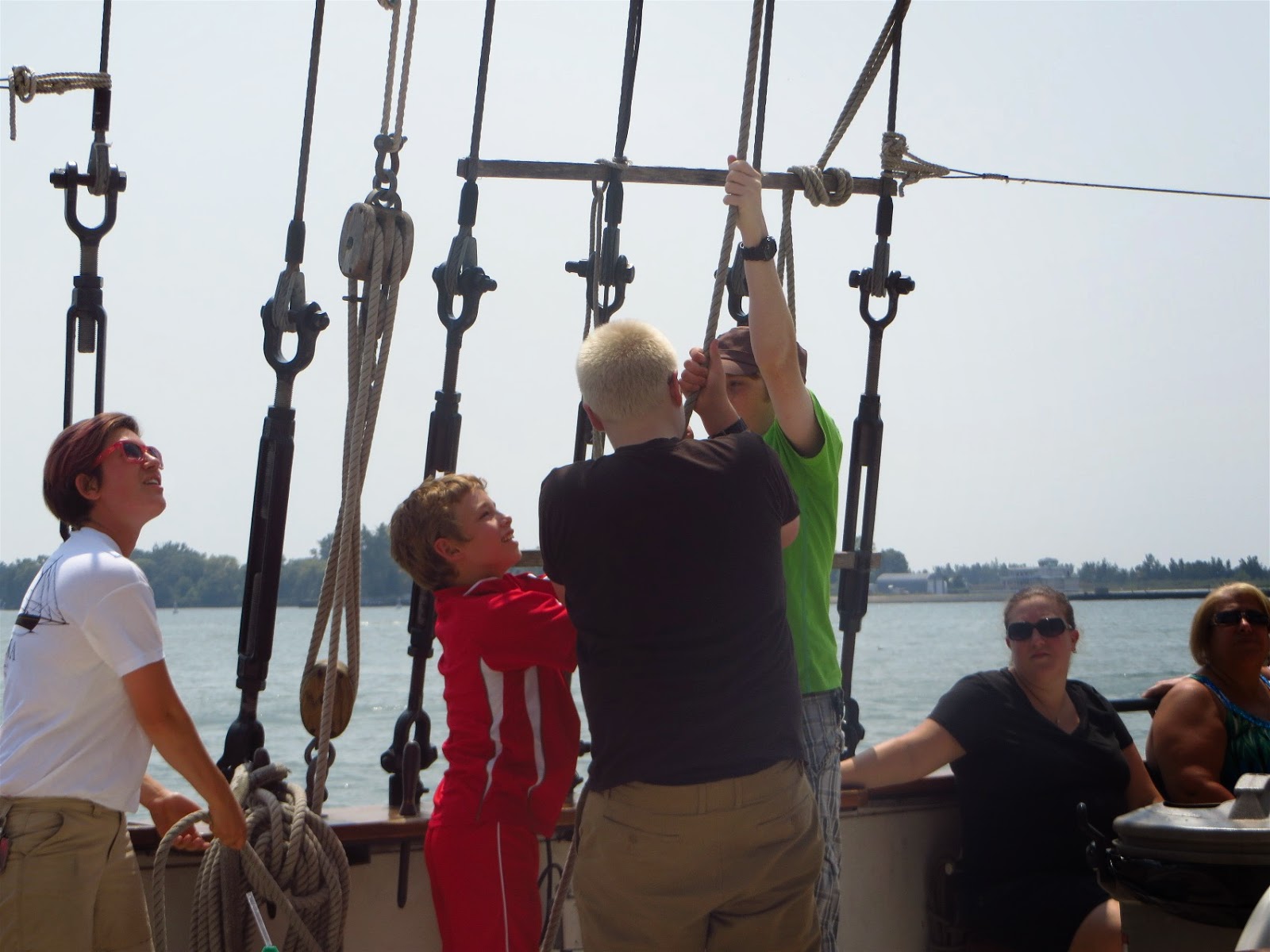 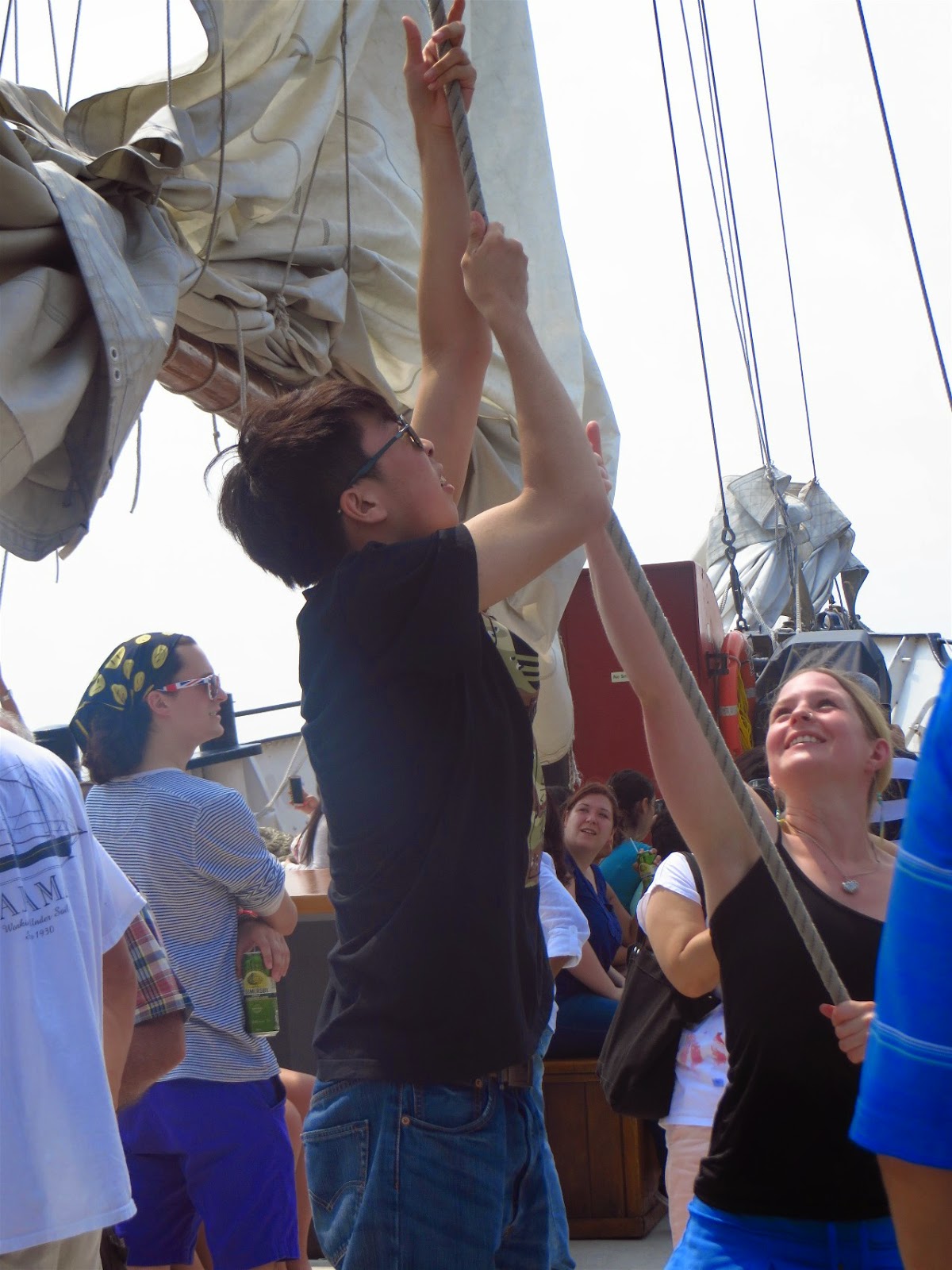 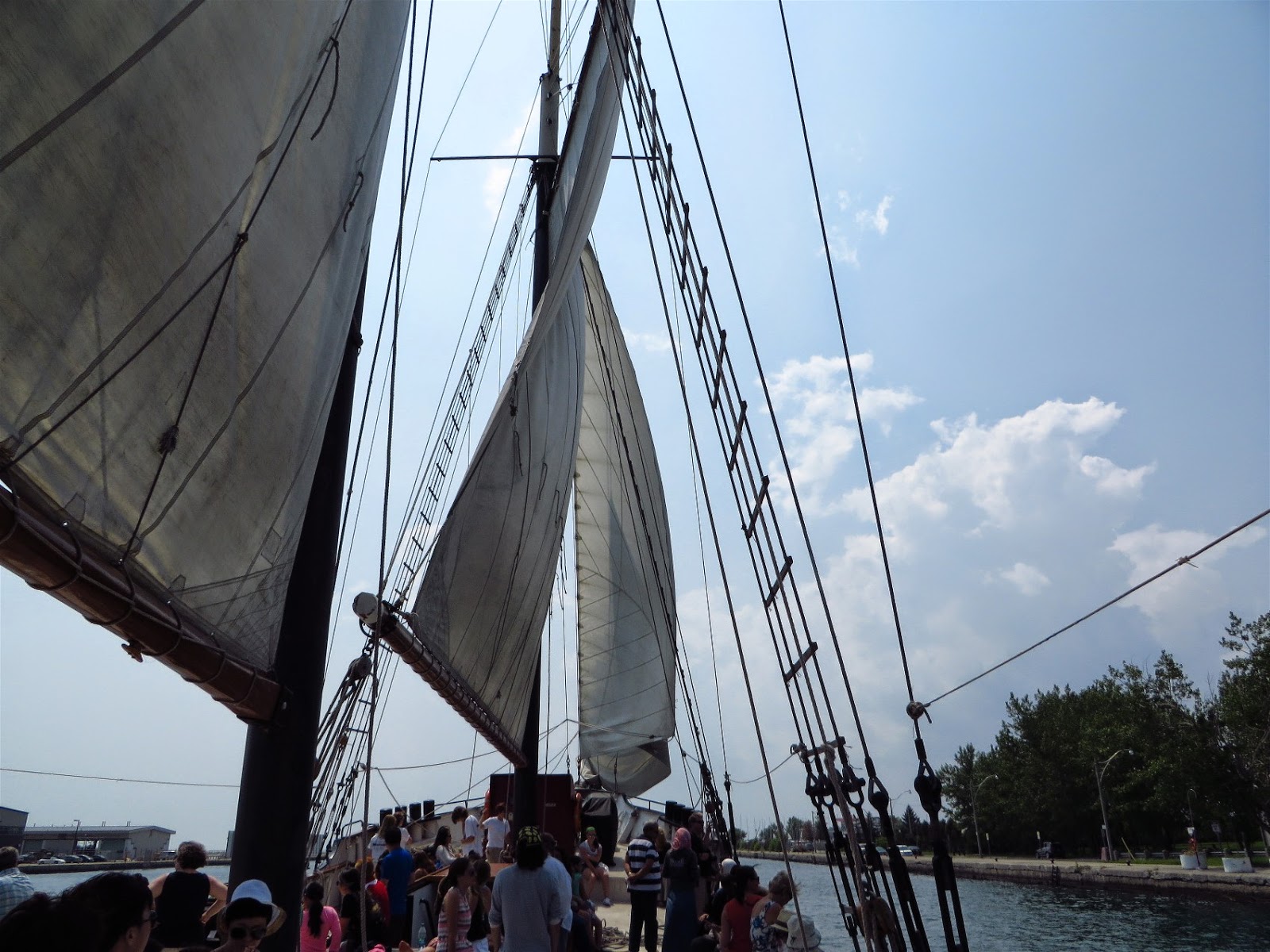 The view of my favorite patio from the water. 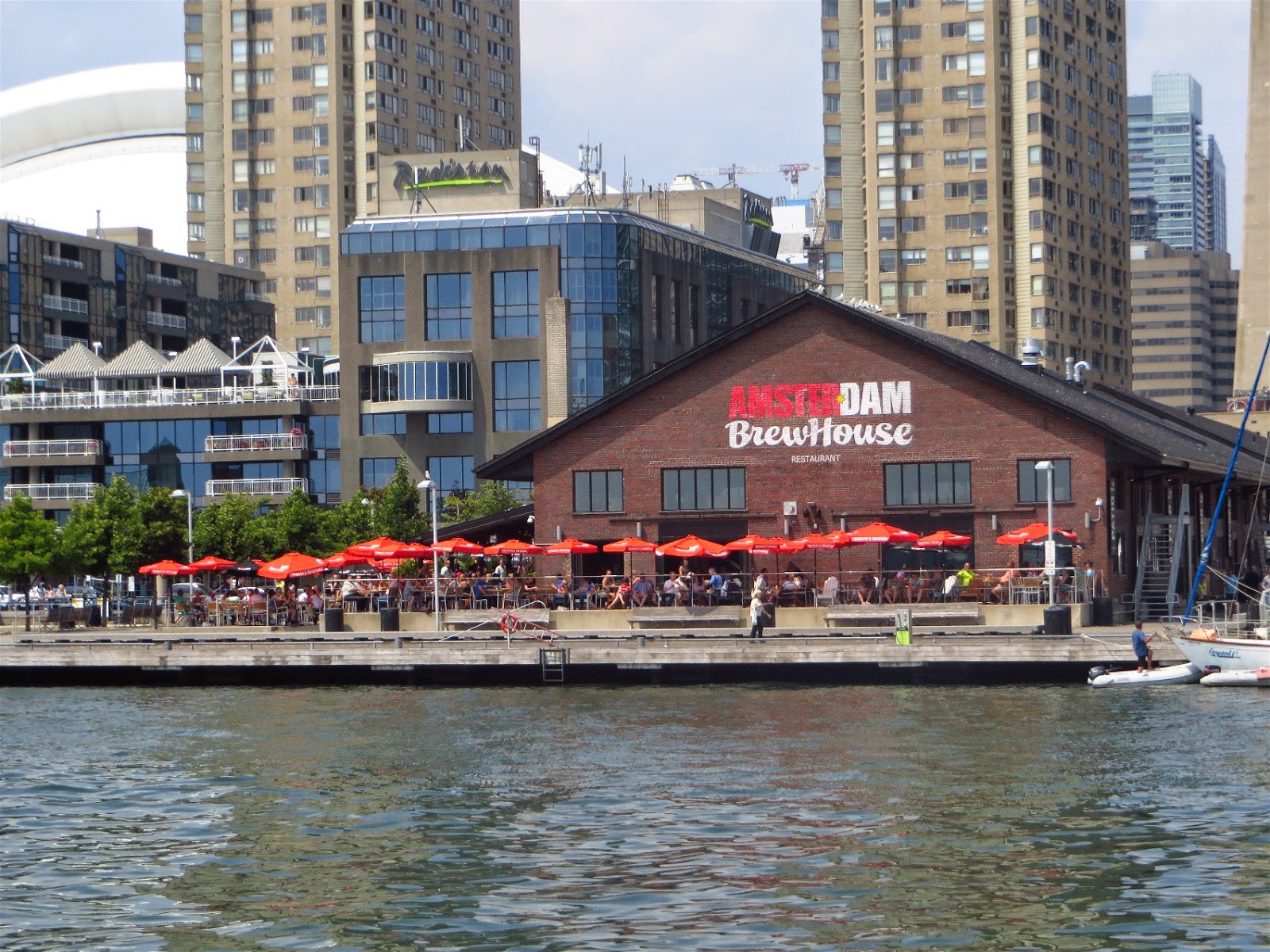 A view of my favorite city from the water. 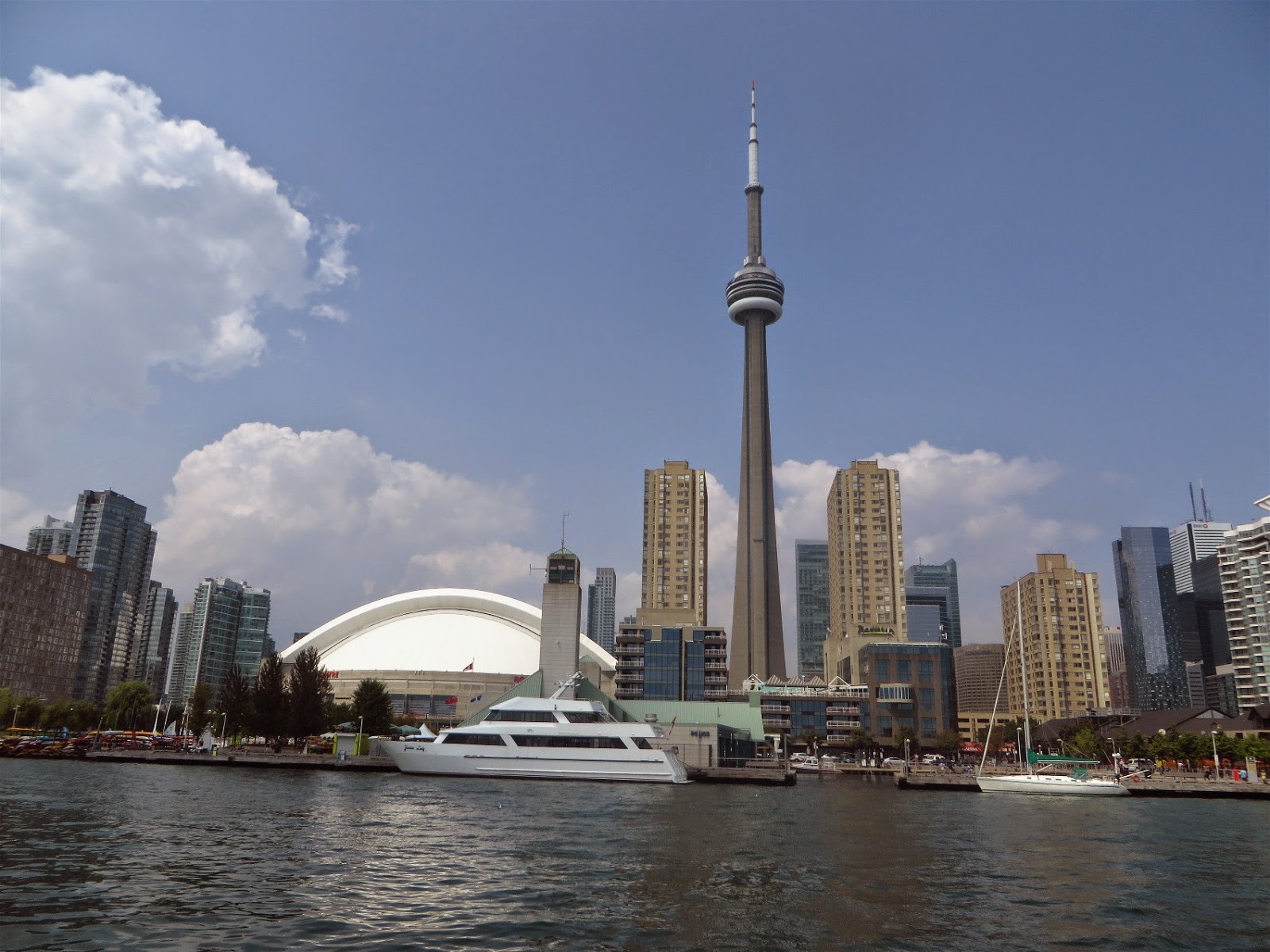 Kayaks can be rented. 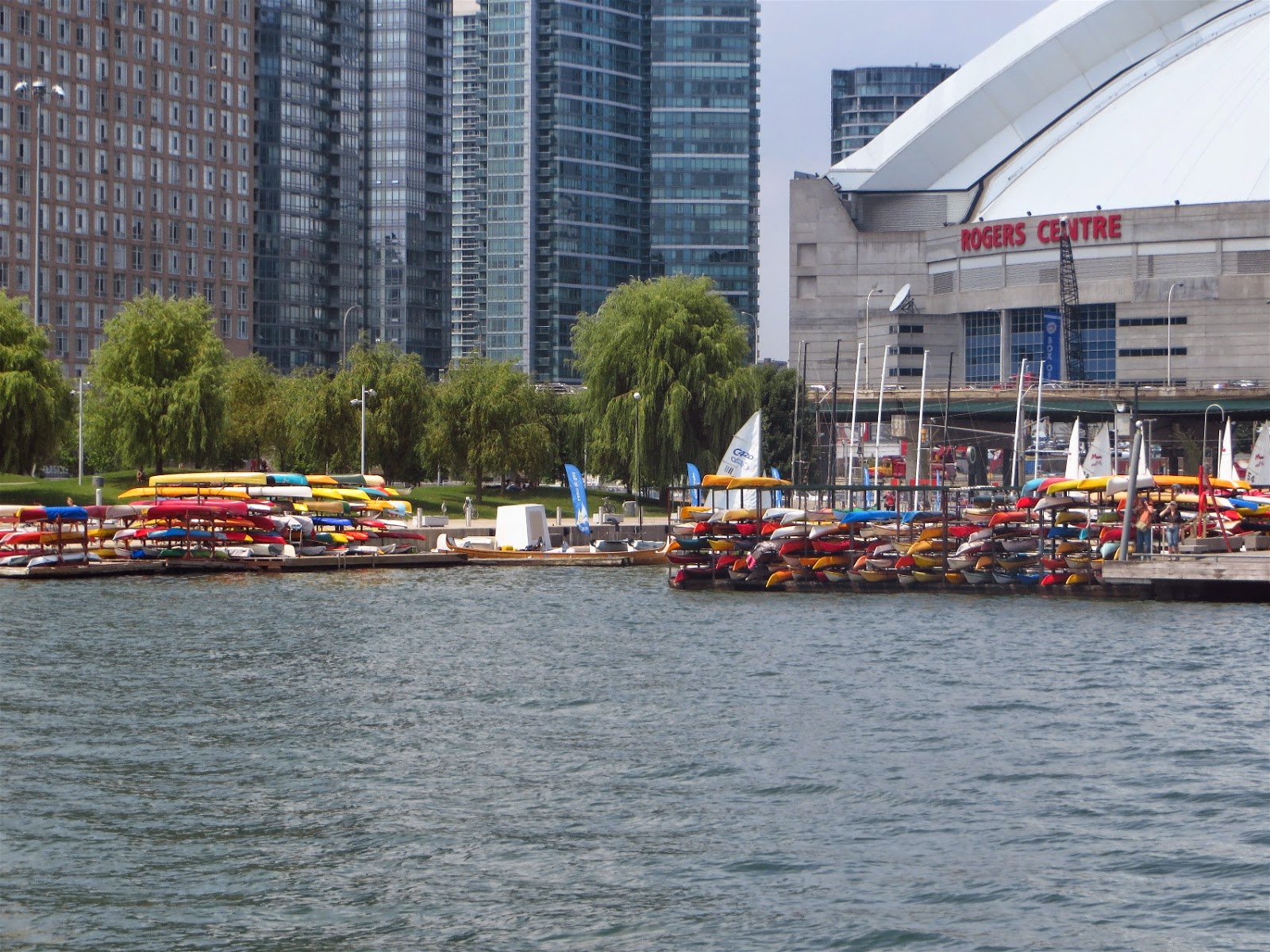 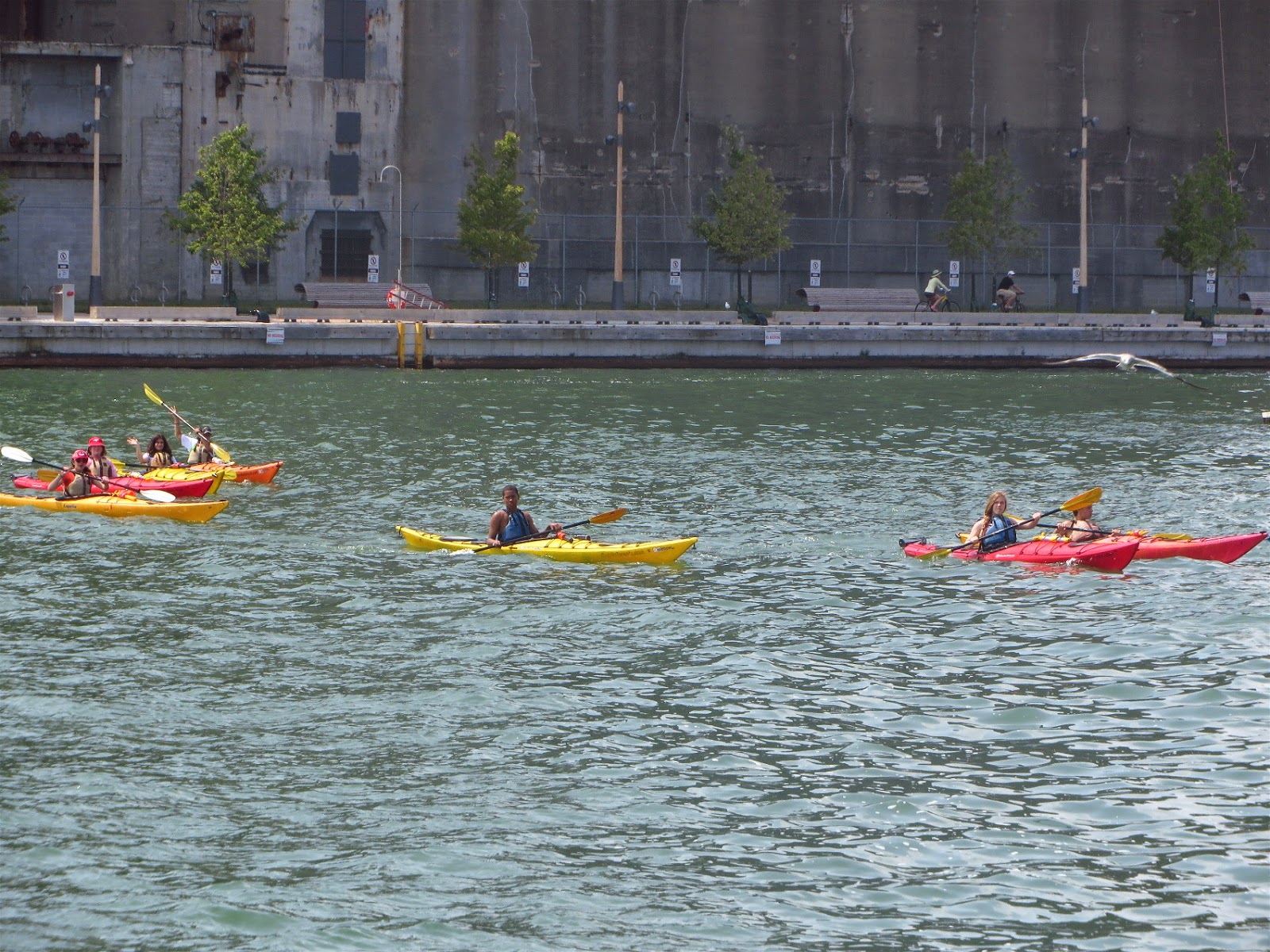 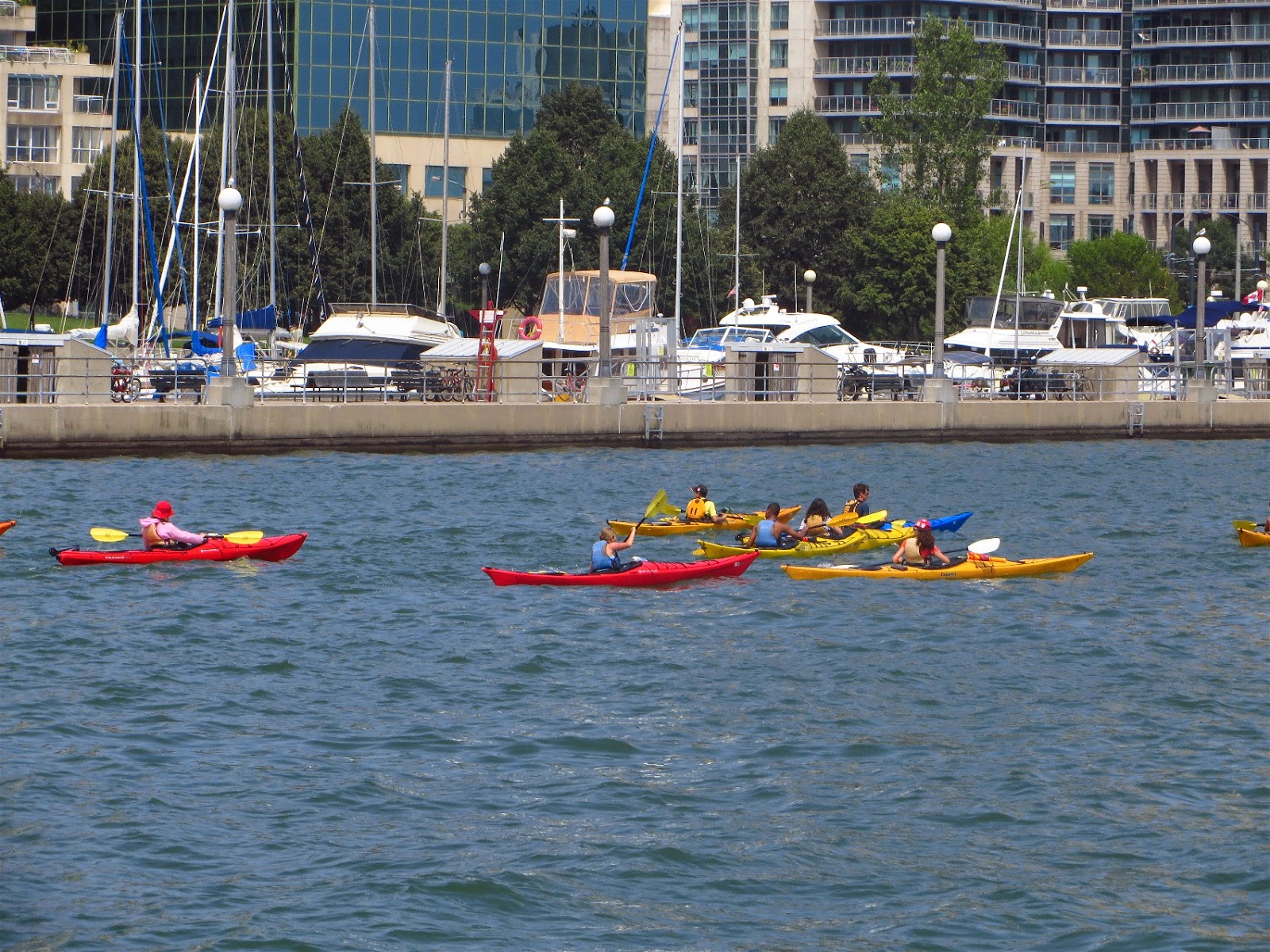 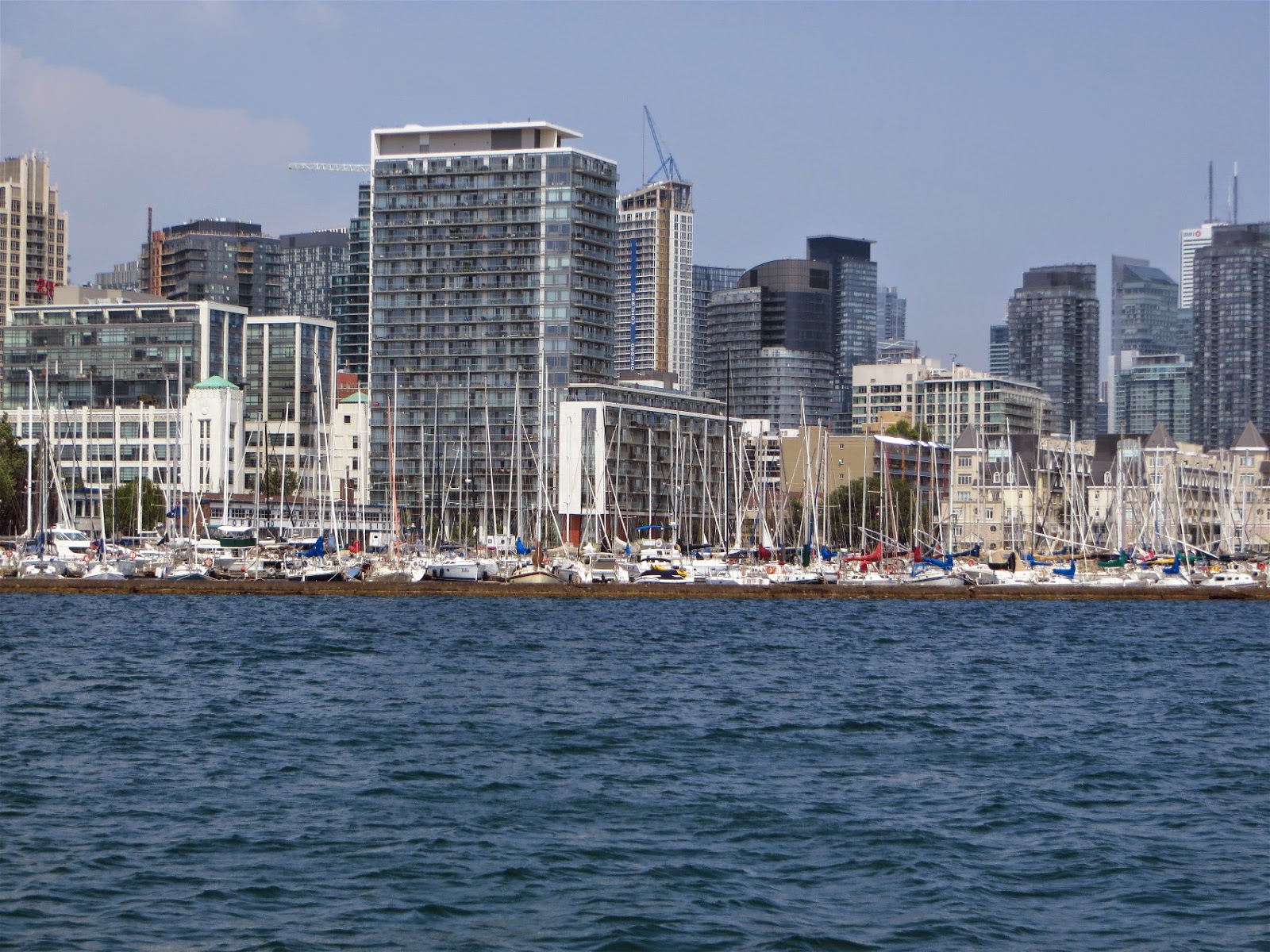 The Princes' Gates at the entrance of Exhibition Grounds. 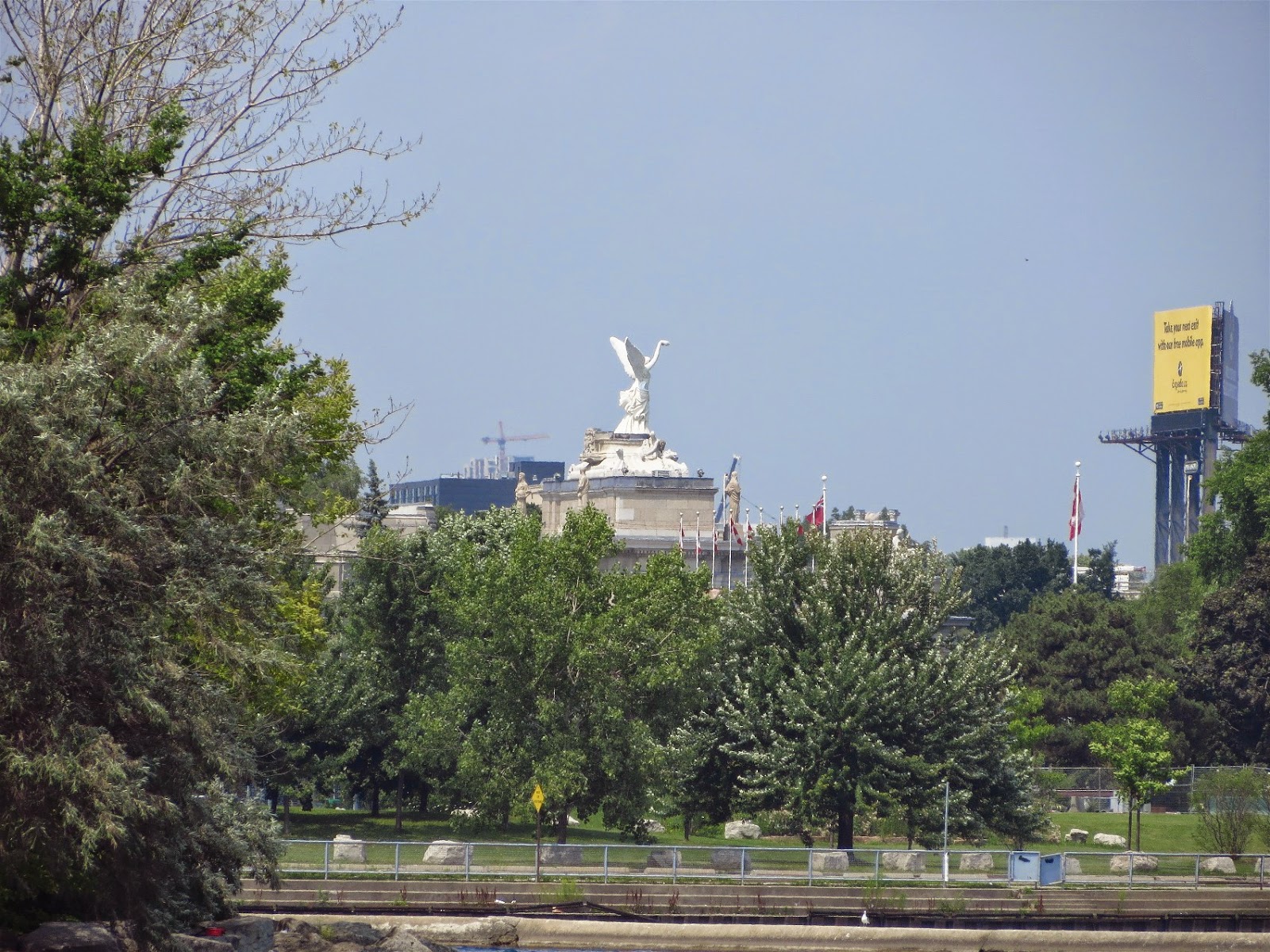 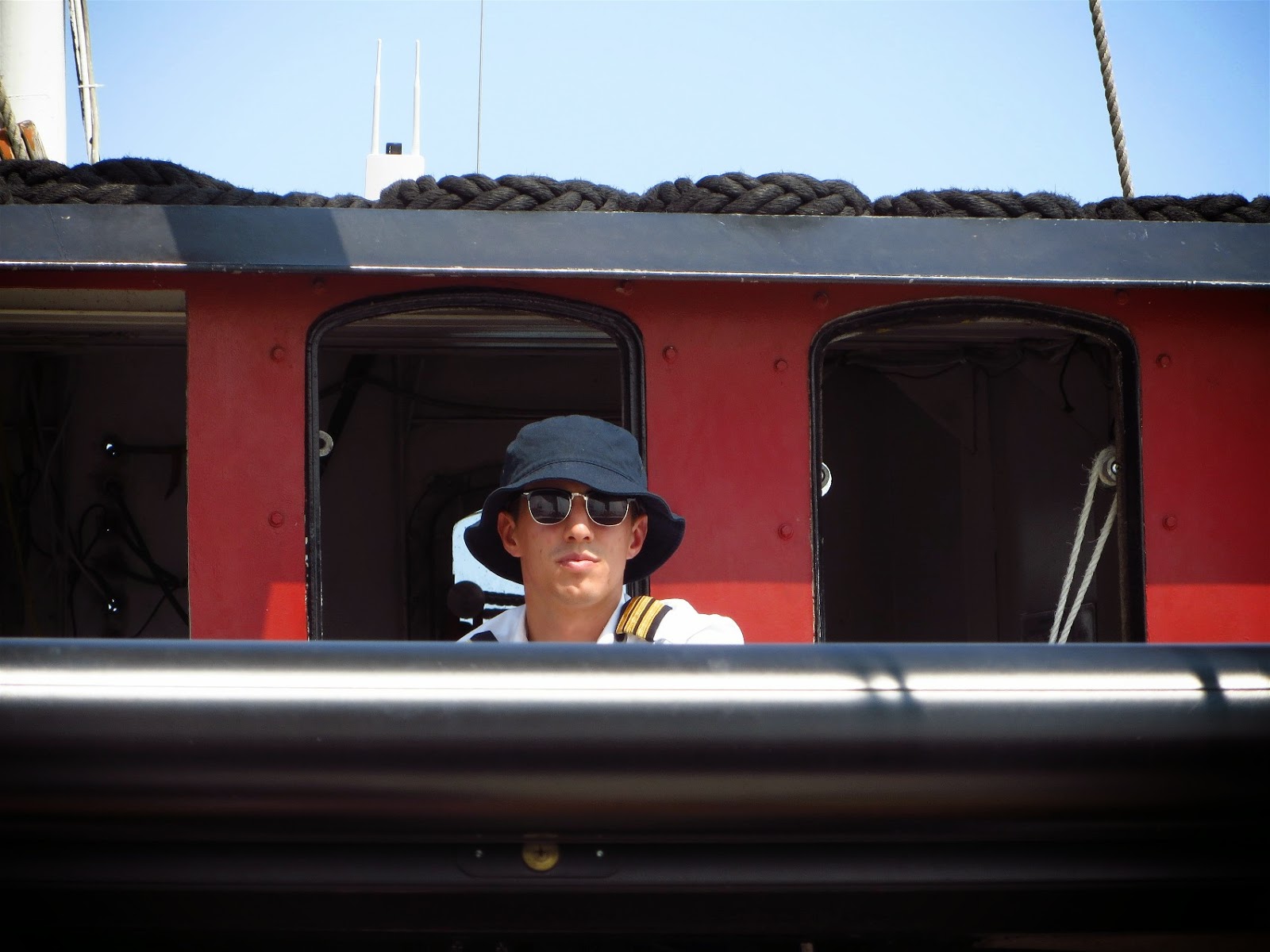 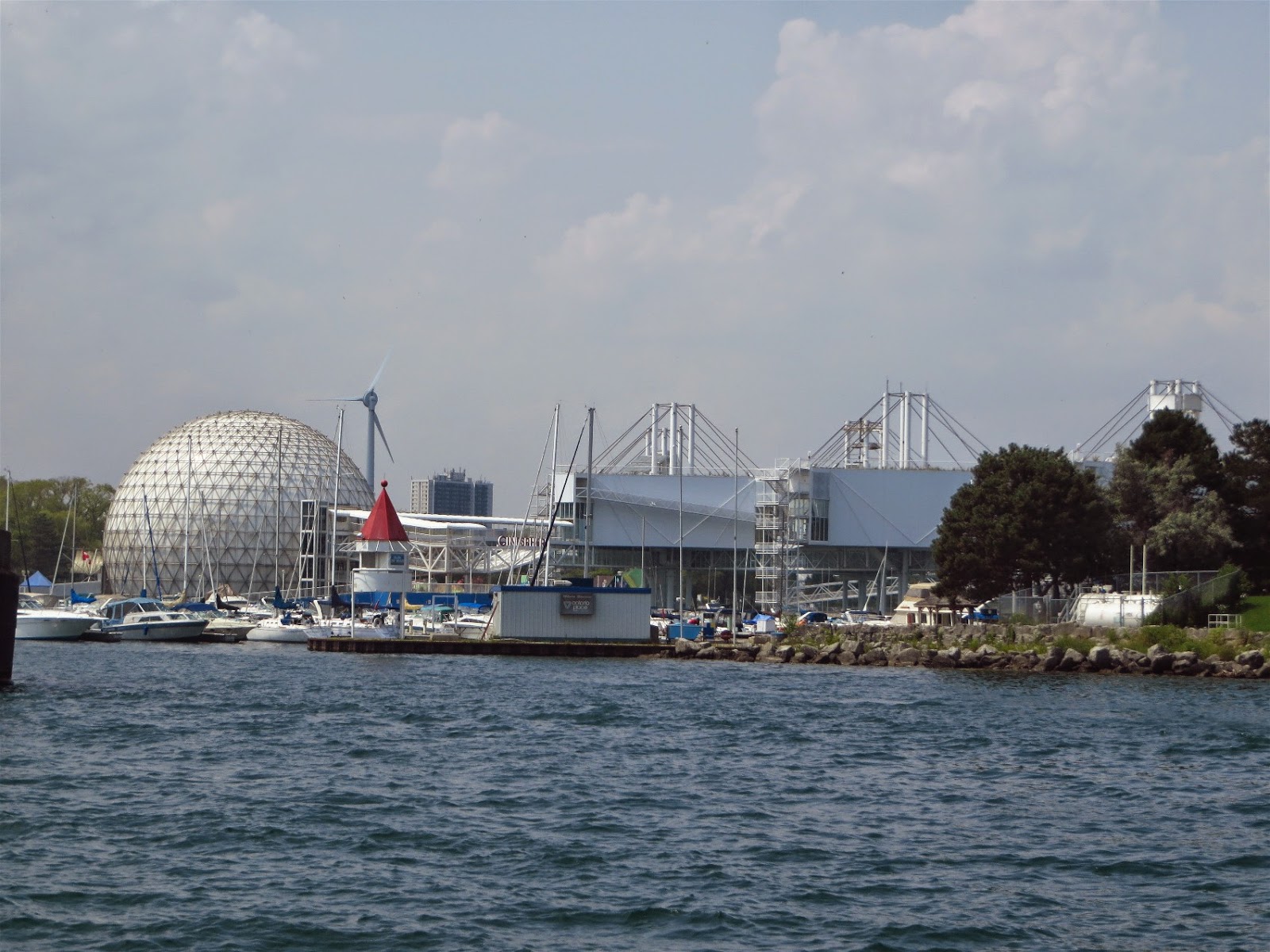 Humber Bay had a haze over it today. 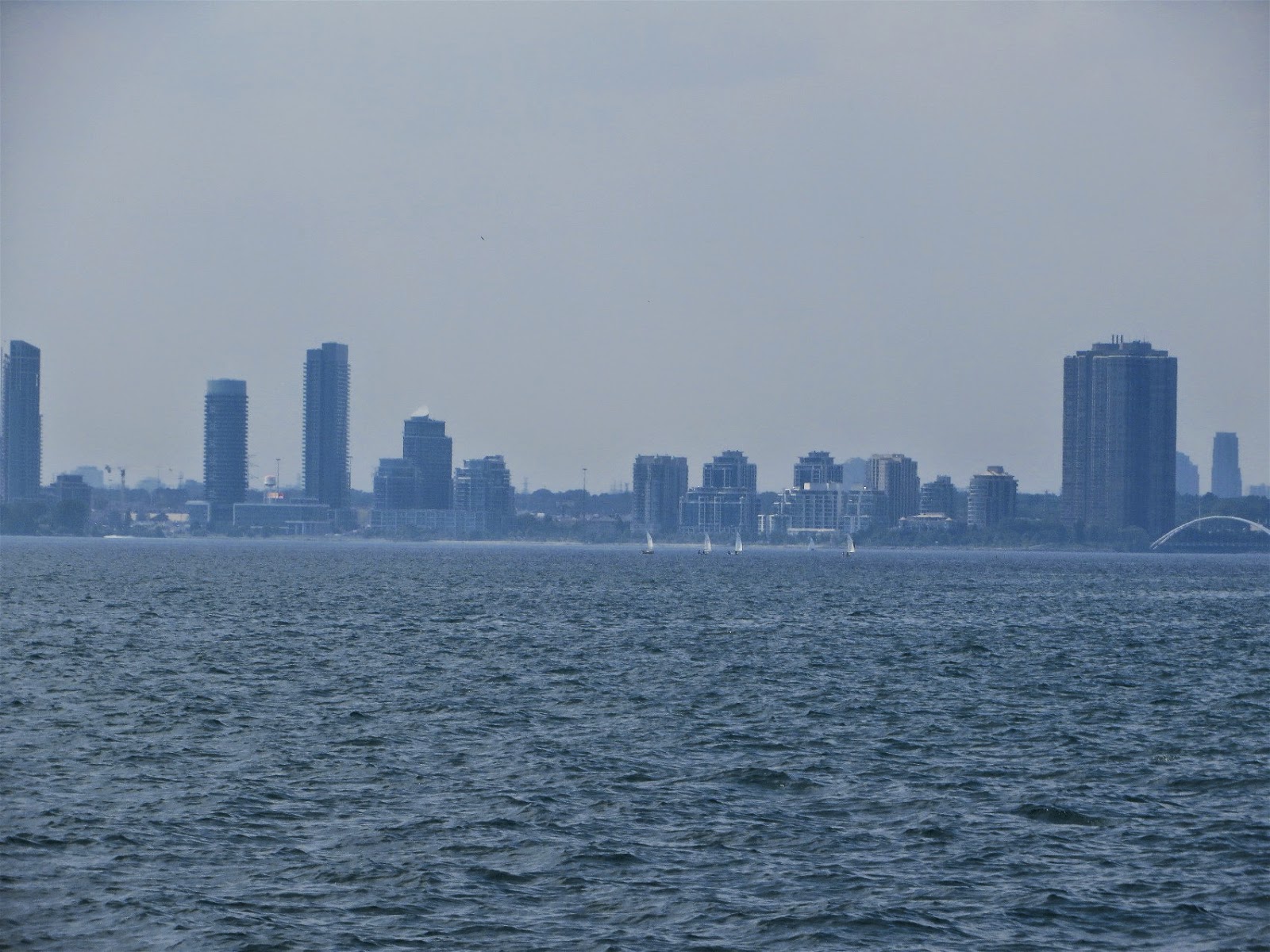 Sailboats being towed out onto the bay for a lesson. 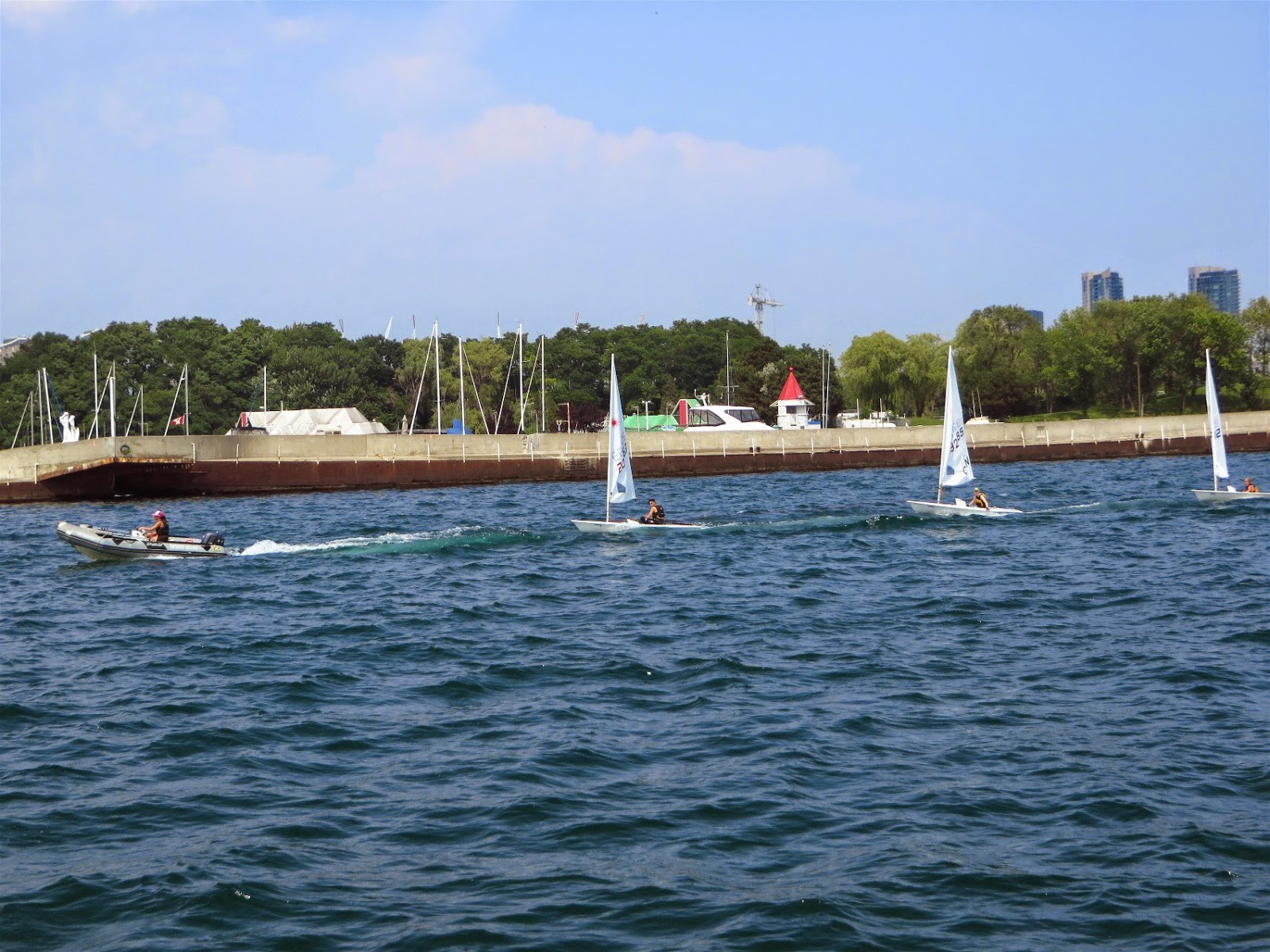 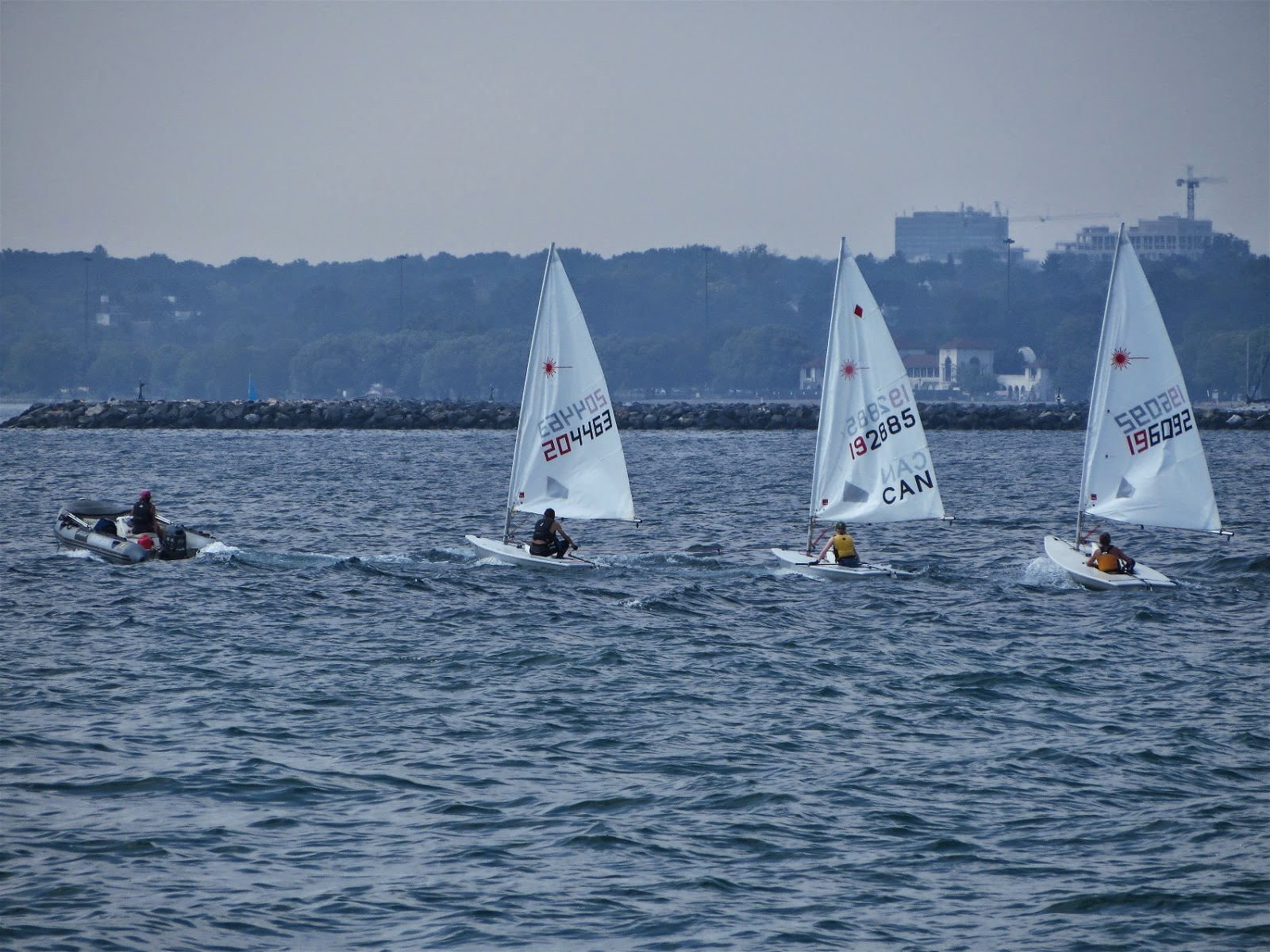 I tried to capture the old of the boat with the new of the city as a contrast. 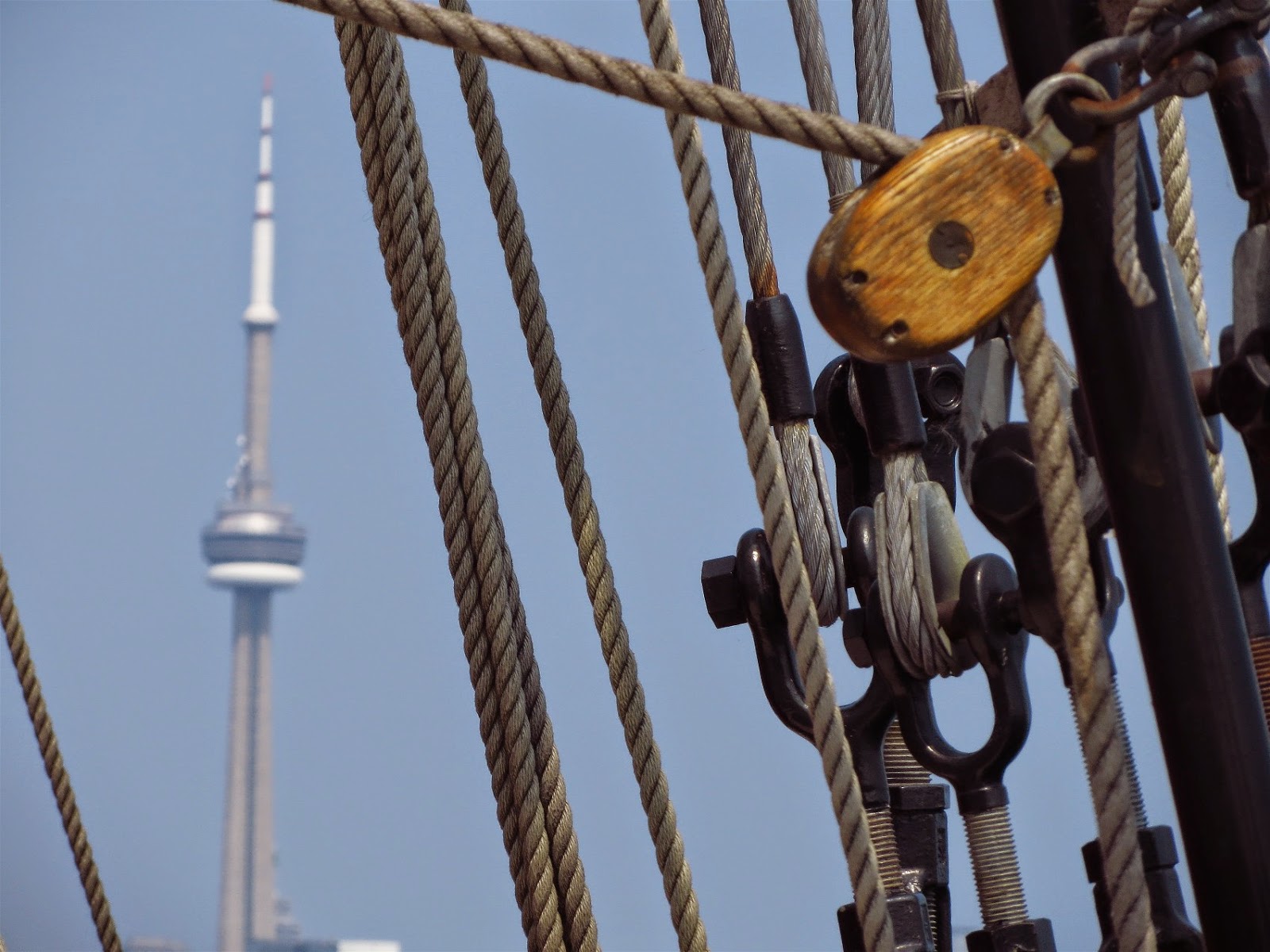 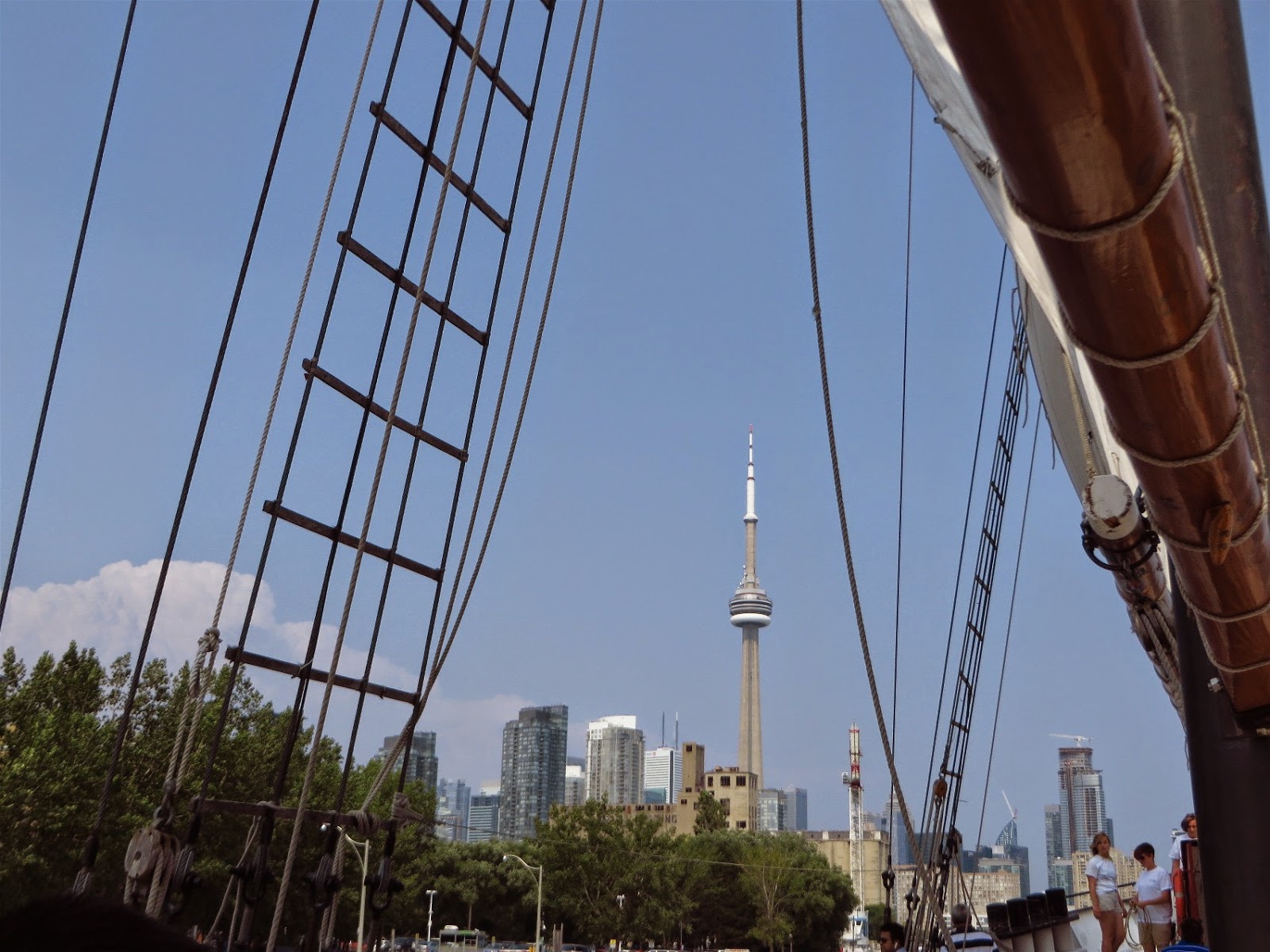 Old sail boats at berth against a sea of condos. 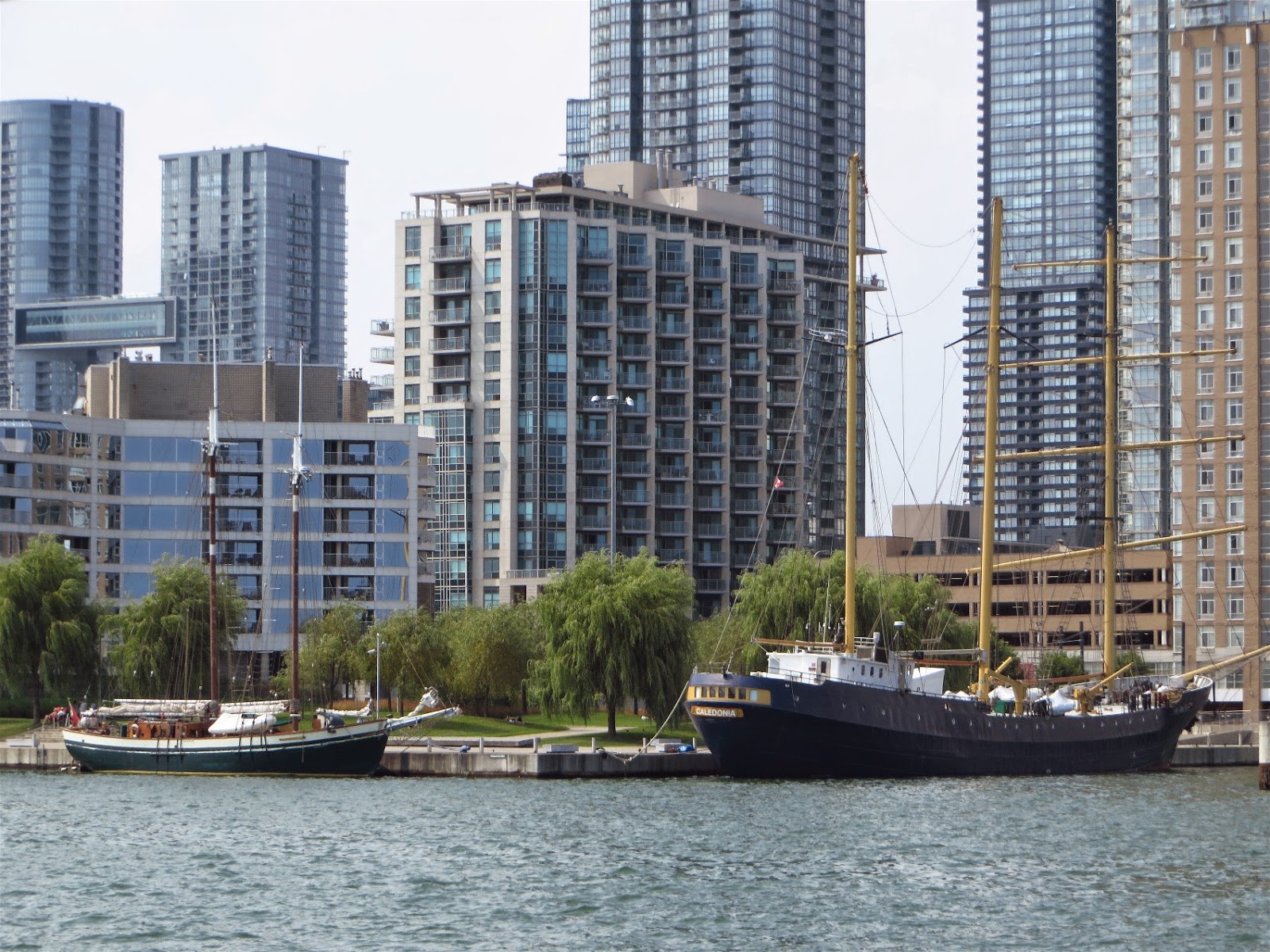 Teena and I enjoy taking a cruise on the harbour, Humber Bay and around the islands. The Kajama is a great way to do it.! 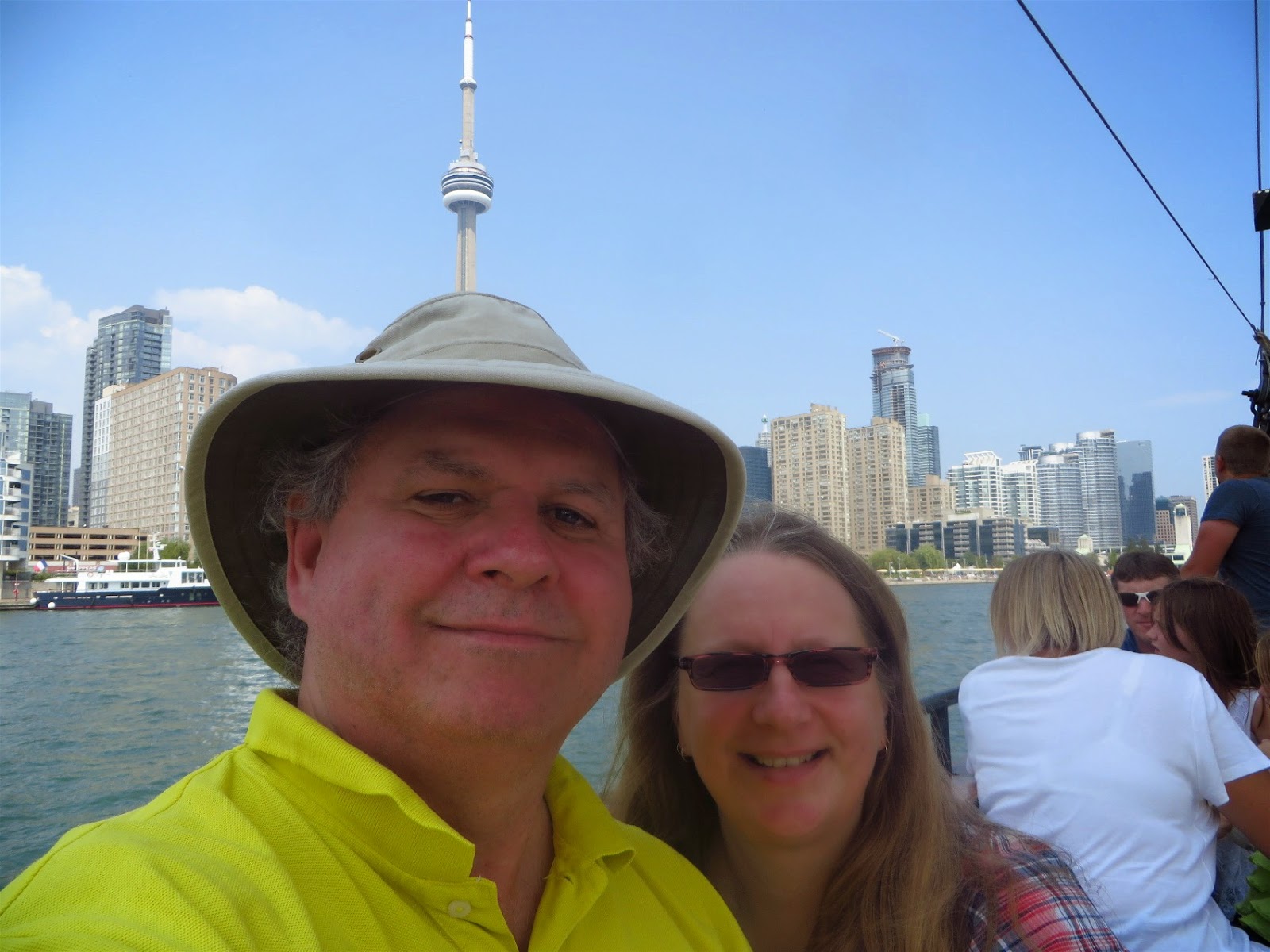 Labels: Boat Cruise, Things to do in Toronto