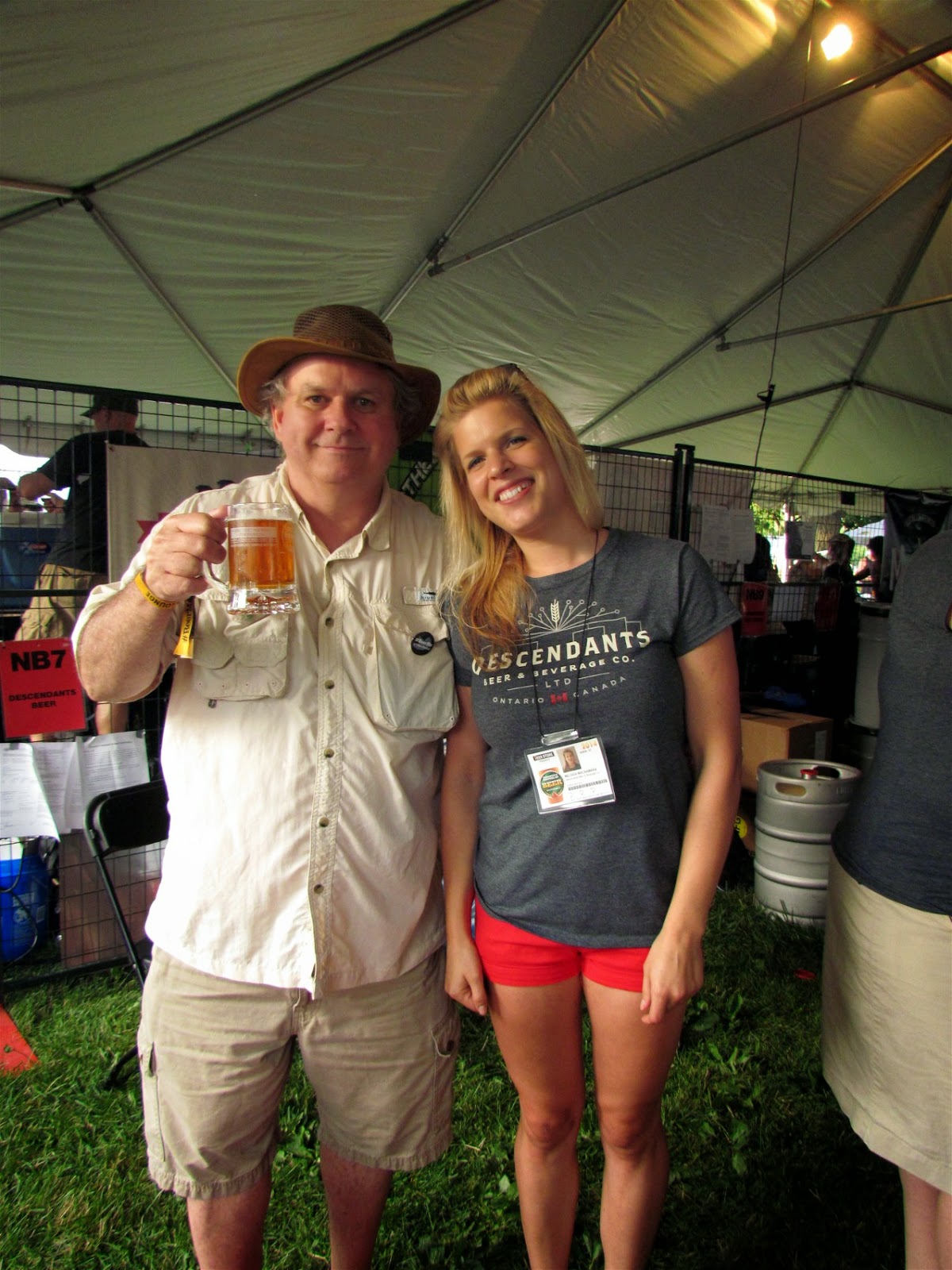 This past weekend Teena and I were at the Toronto Festival of Beer and one of the first beers that I tried, a Harbinger American Pale Ale, was from a new brewery, Descendants Beer and Beverage Company.

New enough that they currently brewing from a temporary location while the actual brewery is being built inside an old historic flour mill originally built in 1856, Wellesley Mill, in Wellesley Ontario, just outside of Waterloo. 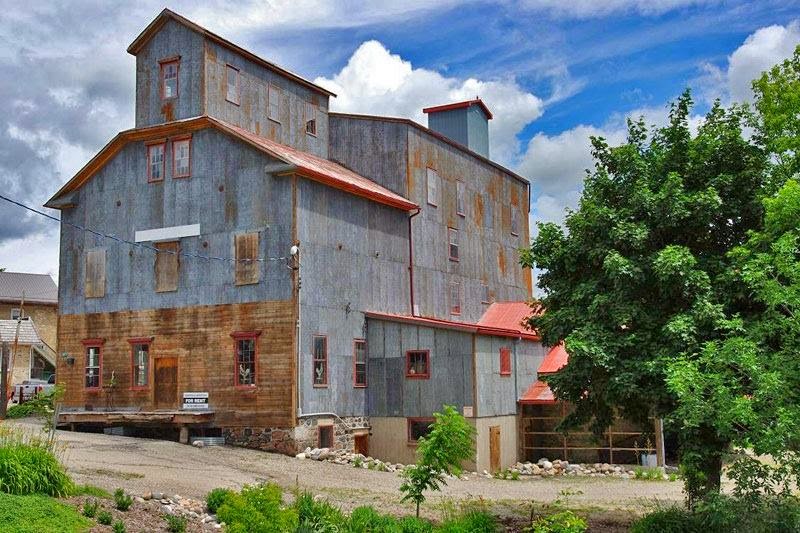 Just a few years ago, Descendant's brewmaster, Robin Molloy, was a personal banking officer with one of the big banks. He wanted to get into the brewing business so he quit his job, and in January 2012, went over to Germany with his wife, Lee, to study the art of brewing beer at VLB Berlin. Molloy also worked at Fly Monkeys Brewing before he and Lee decided to open their own brewery.

Lee was too busy pouring beer for the continuous line of people at their both to talk and when I went to speak with Robin, he had disappeared, to take a break, so Teena and I spent out time talking to Melissa who does their PR. That's her in the top picture. 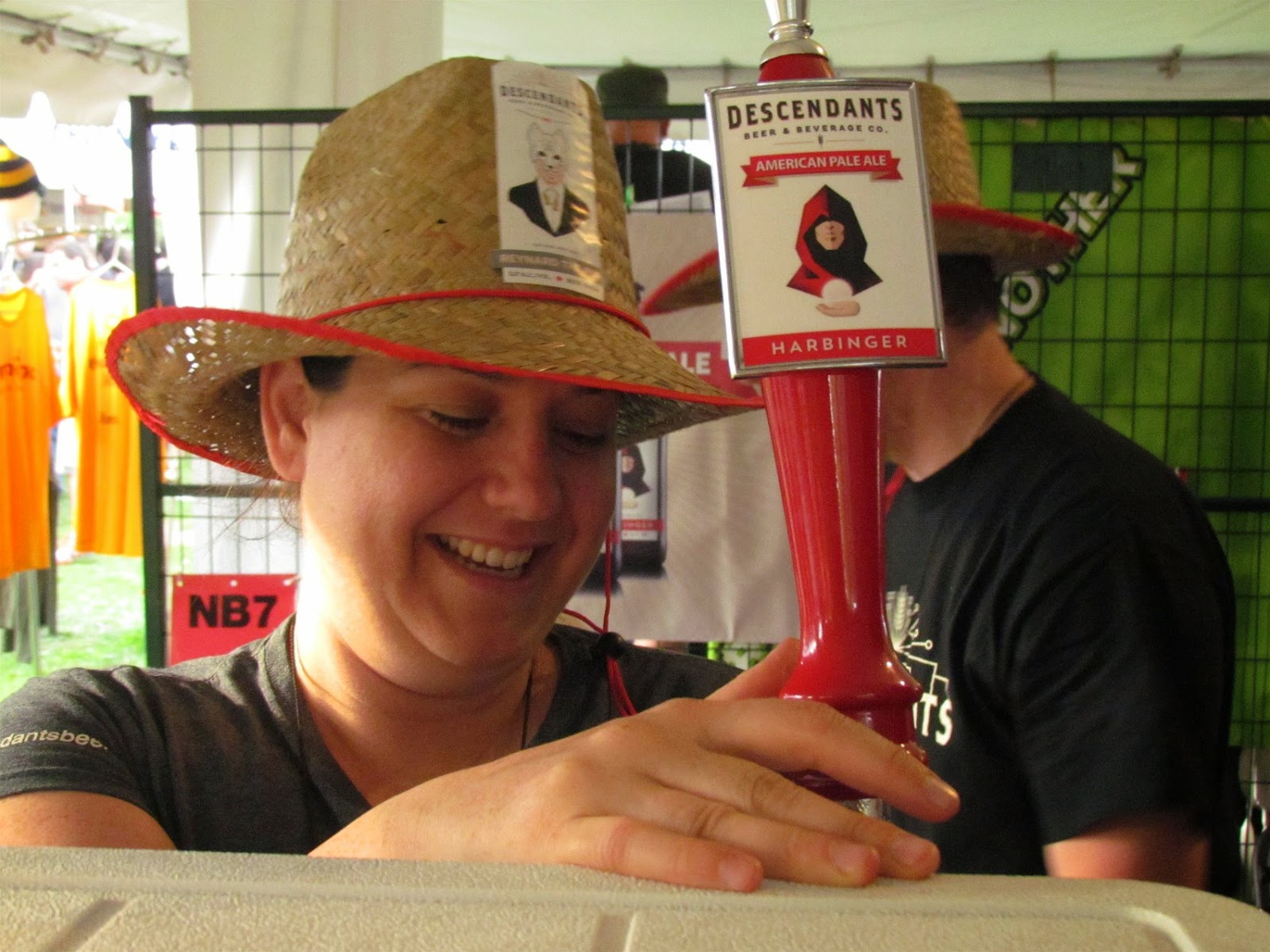 The Harbinger poured golden in colour with a white head. There was a nice citrus present in the aroma so I guess it was dry hopped (hops added at the end of the brew to add to the aroma). That citrus which was promised in the aroma comes through very nicely in each sip. It is not overpoweringly hoppy but is not shy about it either. The beer starts with that citrus bite which is even more evident in the finish.

This is a beer I could have more of and, should if come available at the LCBO, I would certainly buy some for my beer fridge.