Beer of the Week - The Beers of Microbrasserie Saint-Arnould 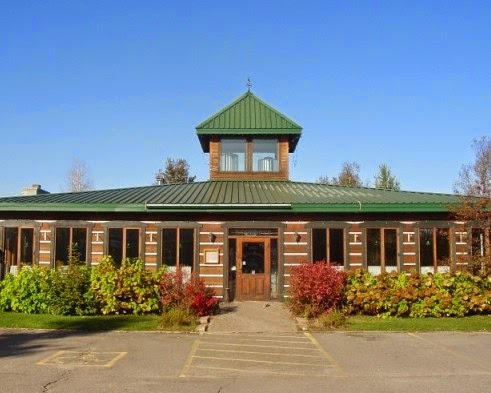 For the past couple of years Teena and I have been going to Mont-Tremblant for New Years. After checking in to our rooms we head over to the SAQ to buy some wine and check for any local beers but can never find any. Except for the Microbrasserie La Diable in the ski village, I can never find anything local.

That's why I was so surprised when I opened up the box from this month's Beer of the Month Club. Inside were beers from two Quebec Micobrasseries (microbreweries) ... one of them was Microbrasserie Saint-Arnoud from Mount-Tremblant! I was further surprised to see that it has been around almost fifteen years and in three trips to the area had never seen it. When I looked at the map, it was south of the airport and the ski village is north of it, so we would not have driven past it when being shuttled from the airport or when we had driven there.

Saint-Arnould was born in Flanders and is know as the brewers’ patron. He became an abbot in 1087. It is said that his most famous miracle occured during a plague in Flanders. As the water was contaminated, he blessed a keg of beer. The ones who drank that beer were saved. He was canonized in 1120. 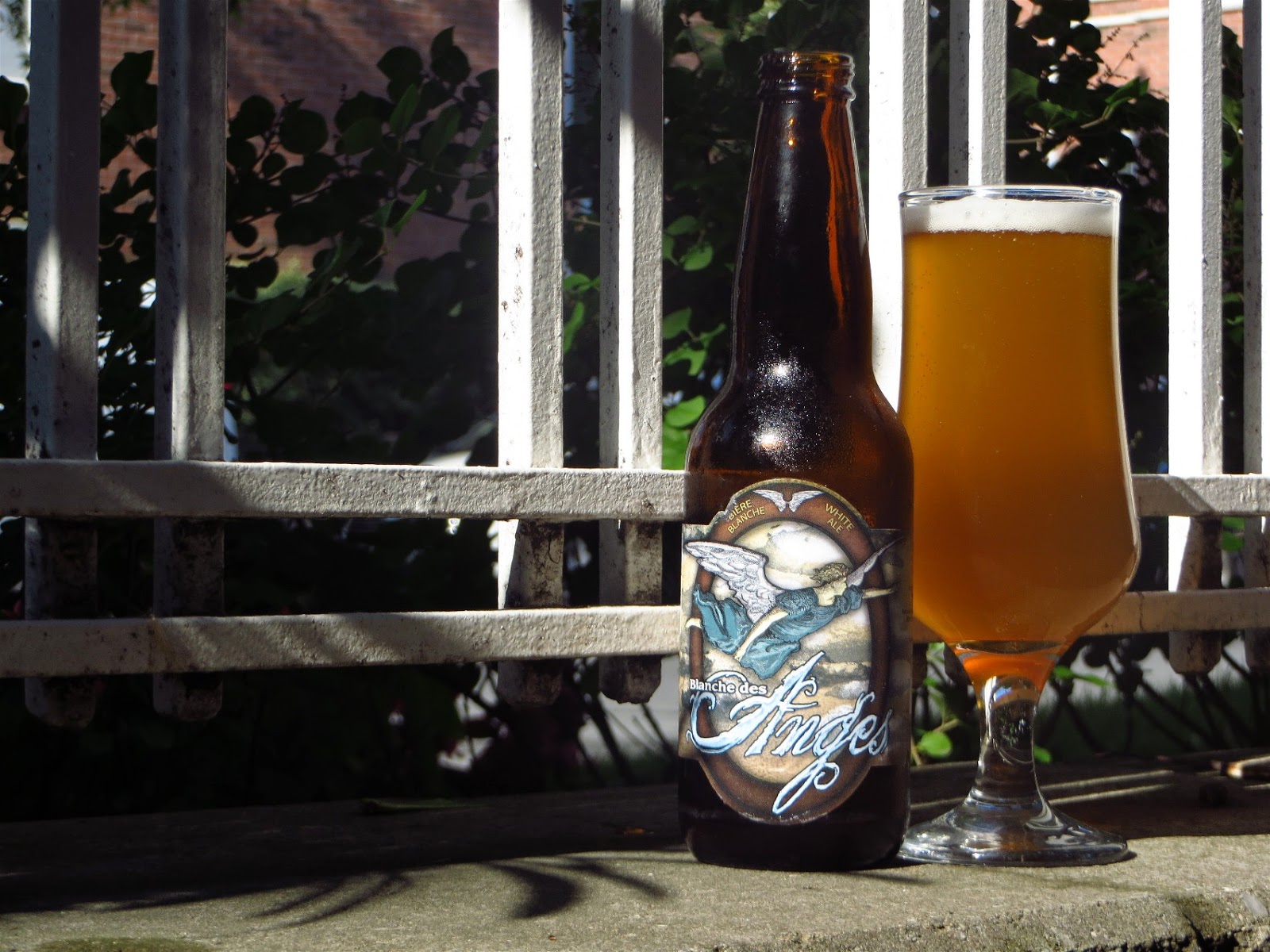 The beer pours a cloudy golden-yellow colour with a white head. It has the typical wheat beer aroma which is a little banana, although this also has a hint of orange in it. I found it a little watery in mouthfeel, perhaps as it is only 4% APV but was surprised at how there was a sourness to this. It starts slightly sour, with a hint of orange and a hint of spice, and then the sourness overtakes the other flavours in the end. It is not an overly sour beer, I was just surprised it was sour at all.

It's a nicely flavoured beer, one which would be best appreciated when paired with a hot summer afternoon. 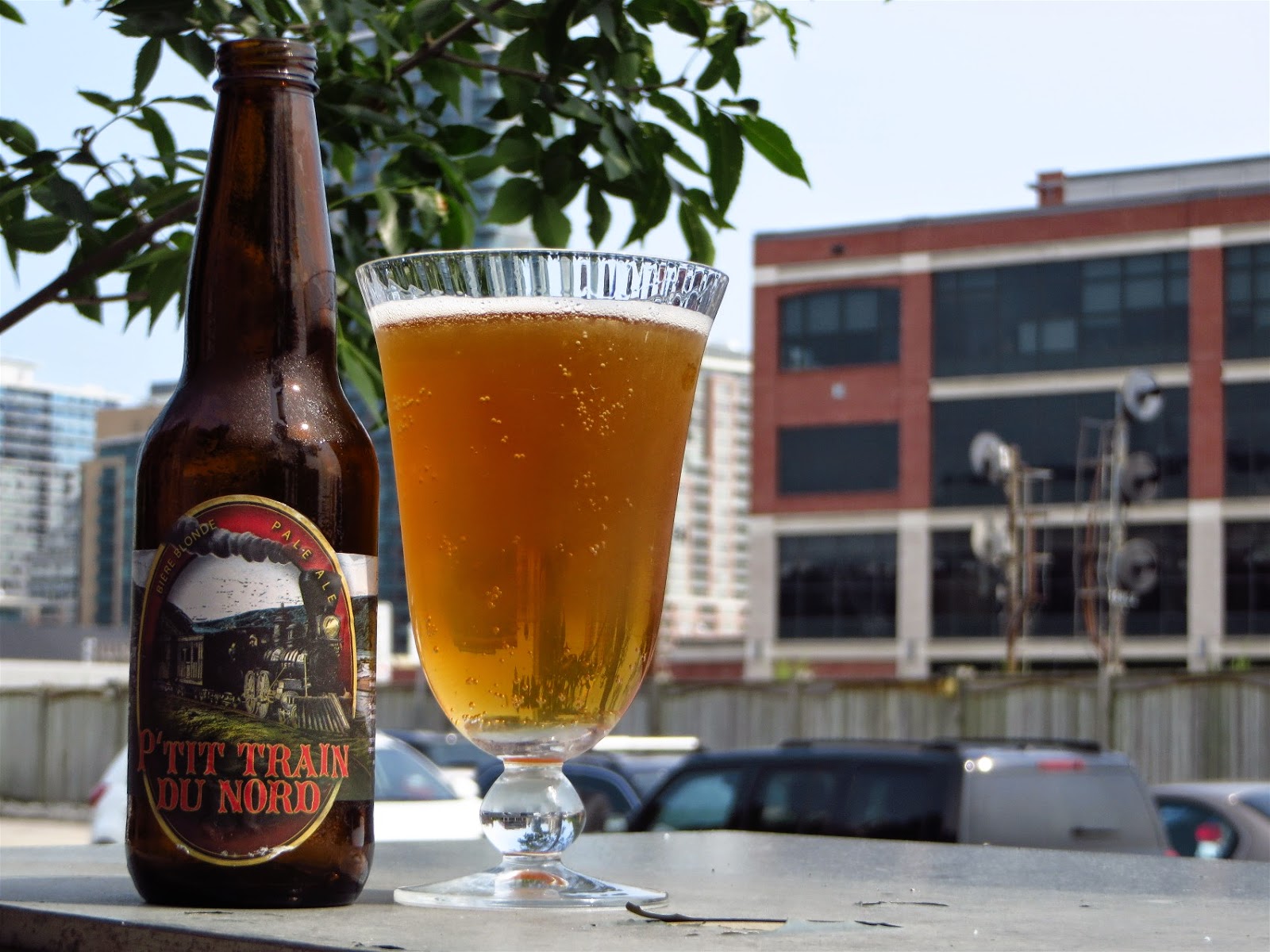 P'tit Train du Nord is named after the old rail line that used to run from Montreal to Mont-Tremblant. The line was turned into a 232km walking, cycling and snowmobile trail in the 1990s.

This pale ale pours coppery in colour with an slightly off white head. The head disappeared almost as fast as I poured, which might be the glass. There is a little aroma to this, a slight sense of hops. Very weak, though. The beer starts just a little sweet, slightly malty, but a bitterness does come through in the end. It's a very nice pale ale but not a great one. People who want a flavourful ale but without a lot of bitterness to this would enjoy it.

Note: I recleaned the glass and did another pour. Then I changed to another clean glass, all with the same result. Almost no head and the head disappeared quickly.

I'm glad I had a chance to try theses beers from Microbrasserie Saint-Arnould. The brewpub is just too far from the ski area to venture to when we are there but if I were in the area, I would definitely make a stop here.