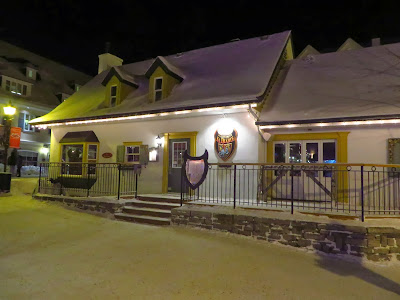 Tonight Teena and I had supper at Microbrasserie La Diable in the Mont-Tremblant ski resort. We have been there before, actually a few times, and have always enjoyed it. Tonight was no exception. When we arrived earlier, there was a long line but when we returned a few hours later we had no problem in getting a seat.

This is one of those places where I am there as much for the beer as the food. There were a couple of Belgium style ales which were their beer of the month but I wanted hops so when I asked our server, he recommended the Golden Pale Ale, a British bitter style ale. The lighting wasn't good so I could not get a decent picture of it, but it was good enough that I had two more. 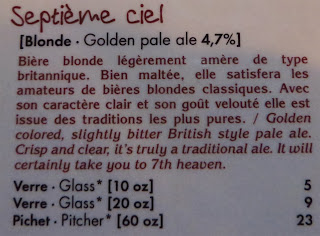 Teena and I both ordered the fish and chips, which claimed to be a half pound (.225 KG) of haddock. They weren't lying and it was delicious! 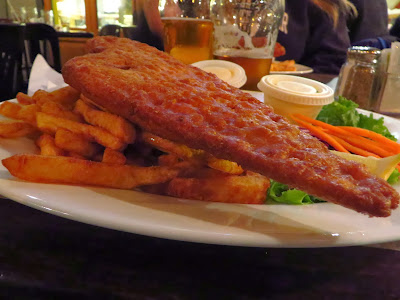 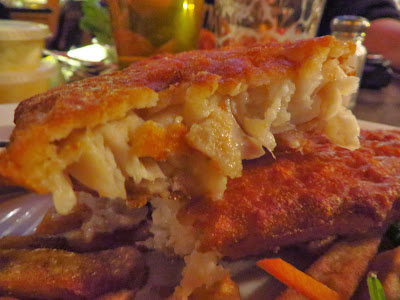 There is a cool drawing showing how the brewing set-up is done for the pub. 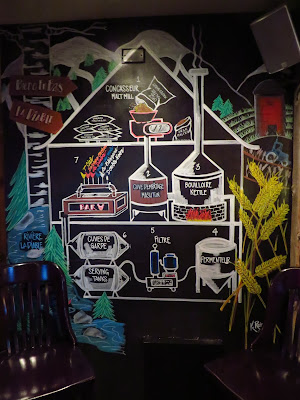 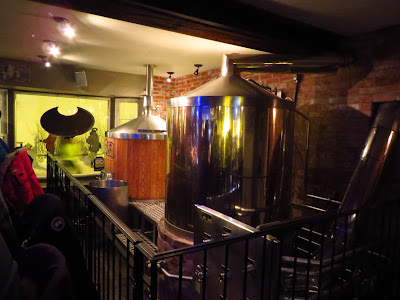 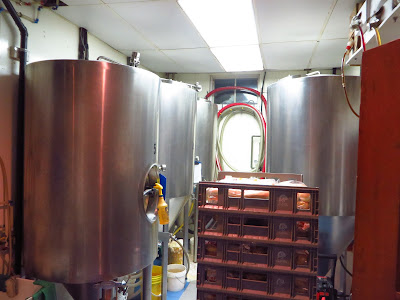 Afterwards we hit an outdoor New Years celebration with a DJ and dancers. 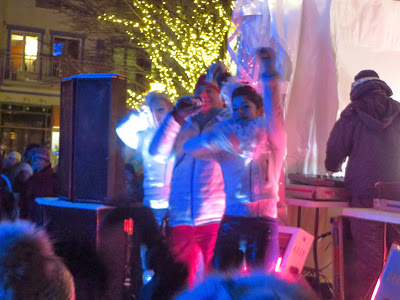 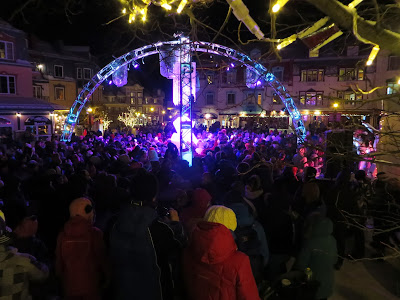 Afterwards it was back to the room for a couple of drinks while relaxing and waiting for the midnight fireworks show. 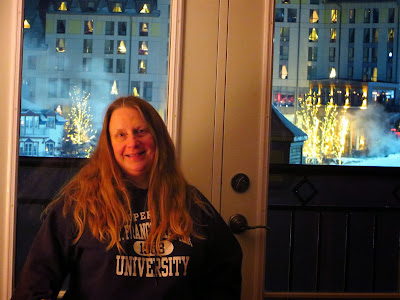 La Diable will always be a stop for us whenever we are here. 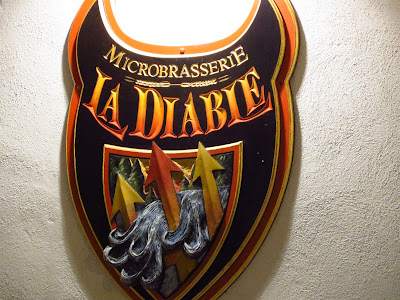