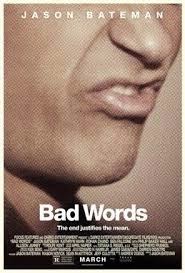 Teena and I had heard about the Open Roof Festival, but even though it has run for a few years, we have never gone.

Open Roof Festival is a not for profit, outdoor music and film festival providing Toronto with a summer experience like no other, highlighting independent filmmakers and artists from Canada and around the world. The Festival is a fun, unique experience that is more than just a party – its an evening of shared experiences. Of Toronto’s music and film scene. Of refreshments. And, of enjoying Toronto’s beautiful summer nights with friends.

Open Roof Festival is an almost entirely volunteer-driven event and all profits raised are put forth in support of Canada’s independent film production and music communities.

The festival now is at 99 Sudbury Street, close to where we live, so tonight we bought tickets and headed over.

There was a good buzz about the place which I liked. They had wine, beer and food, all donated by corporate sponsors. 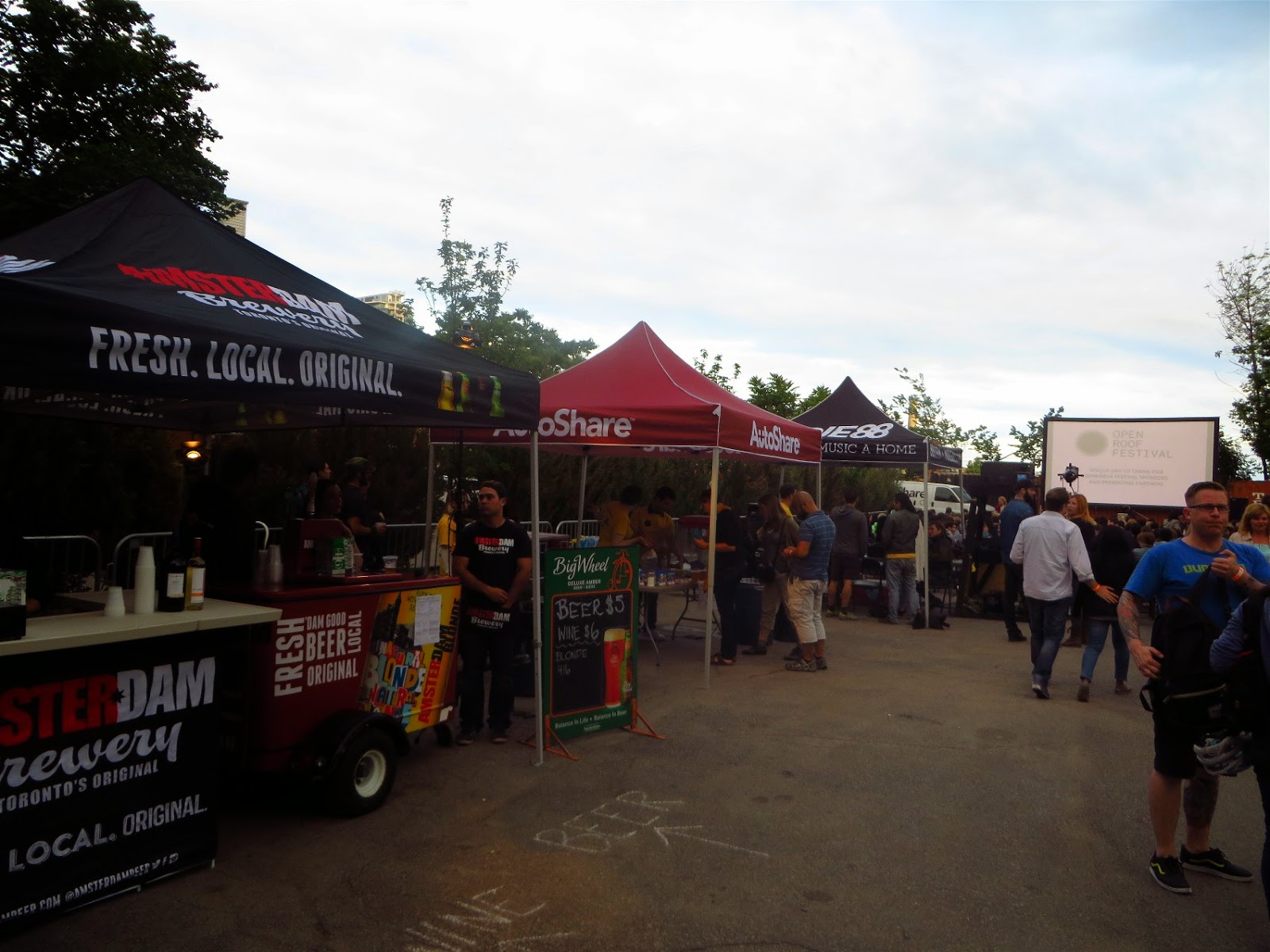 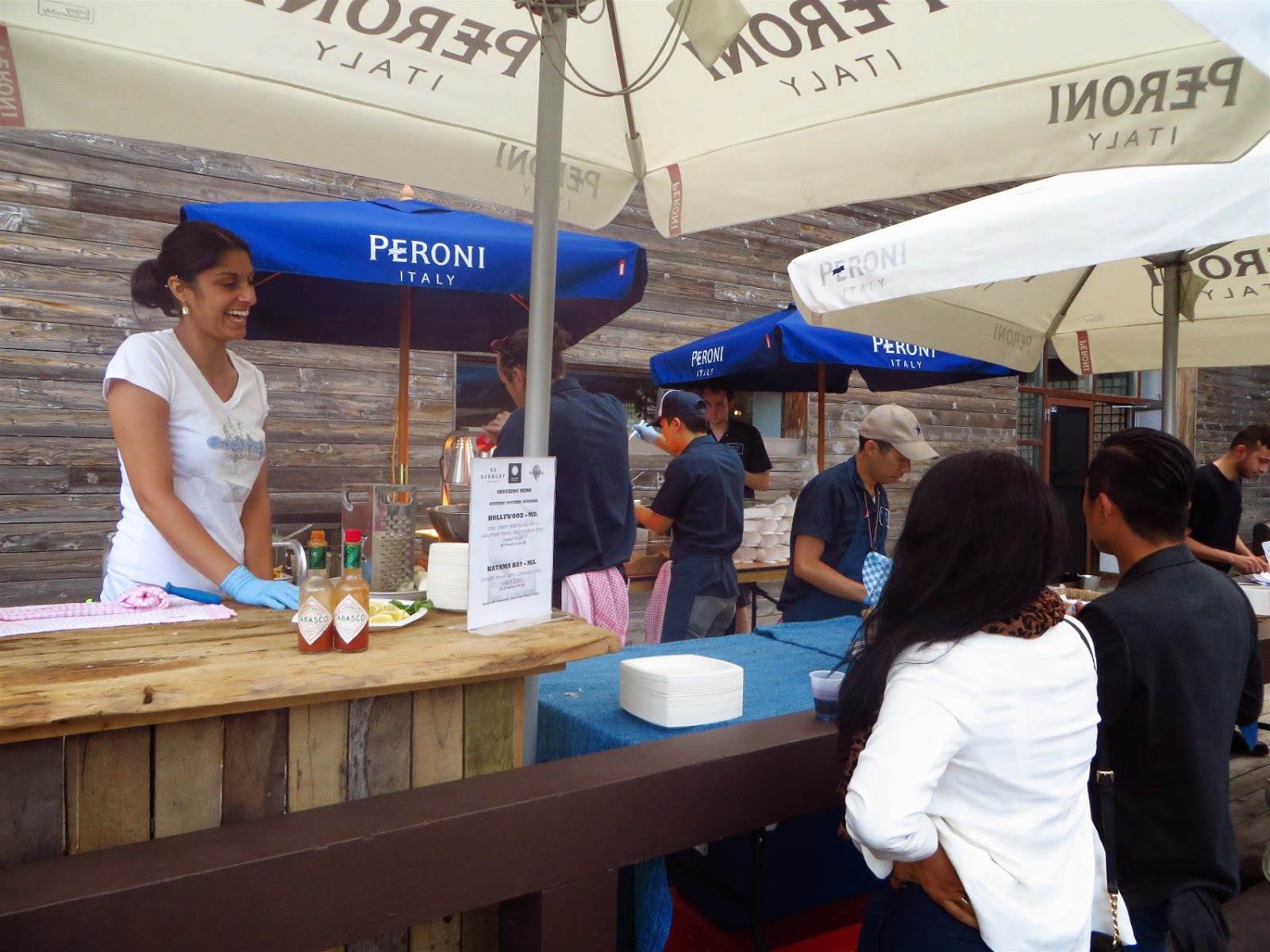 There was music beforehand. pHoenix Pagliacci, a hip hop artist from Toronto, performed. I wasn't too sure what to expect but enjoyed most of her songs, and really loved her energy and banter on stage. Well, not on stage but in front of us. It must have been weird for her to perform without a raised stage. The DJ has been around for 25 years but looks too young for that. I cannot remember her name though but she and pHoenix worked great together and had some good rapport. 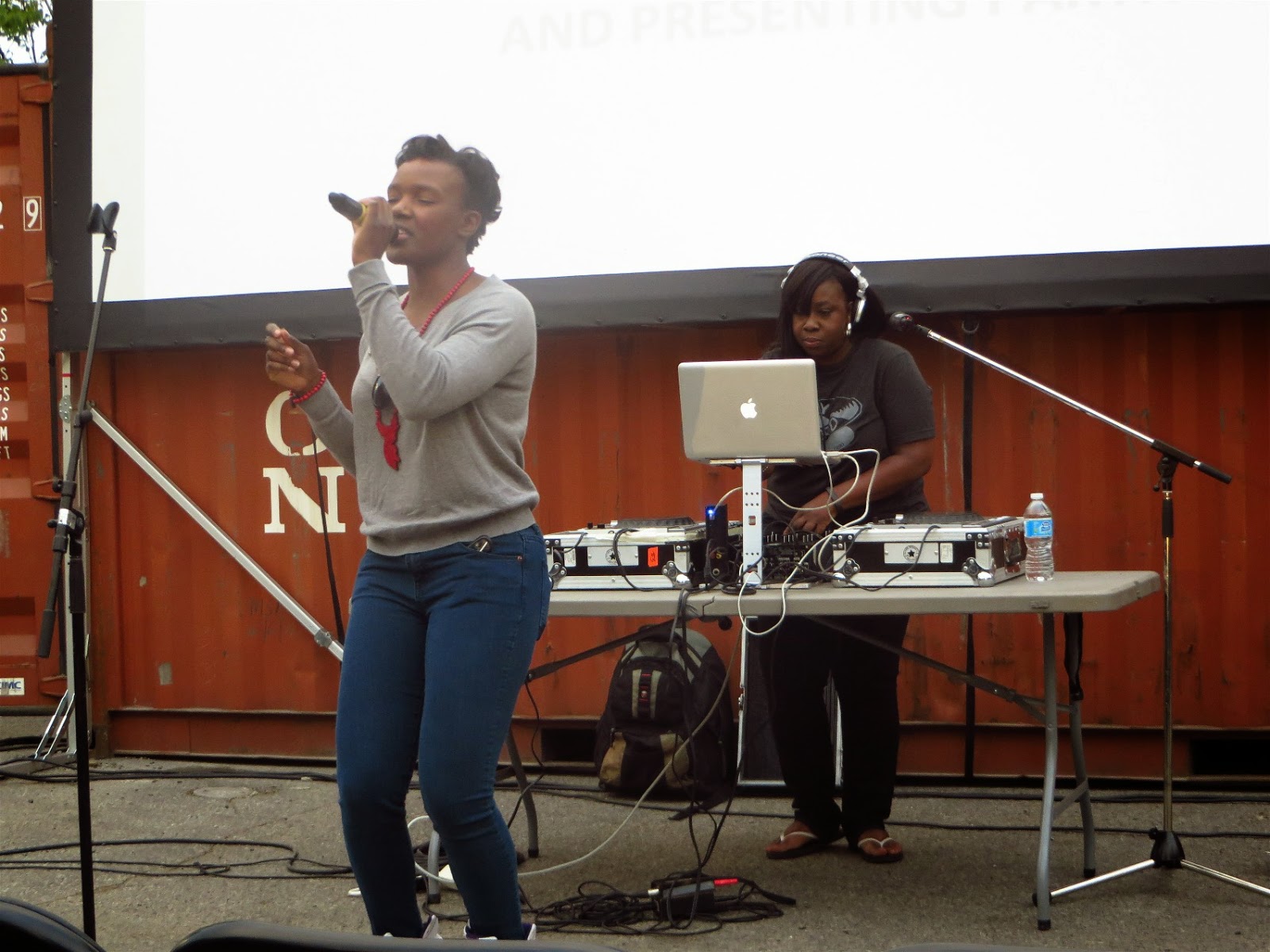 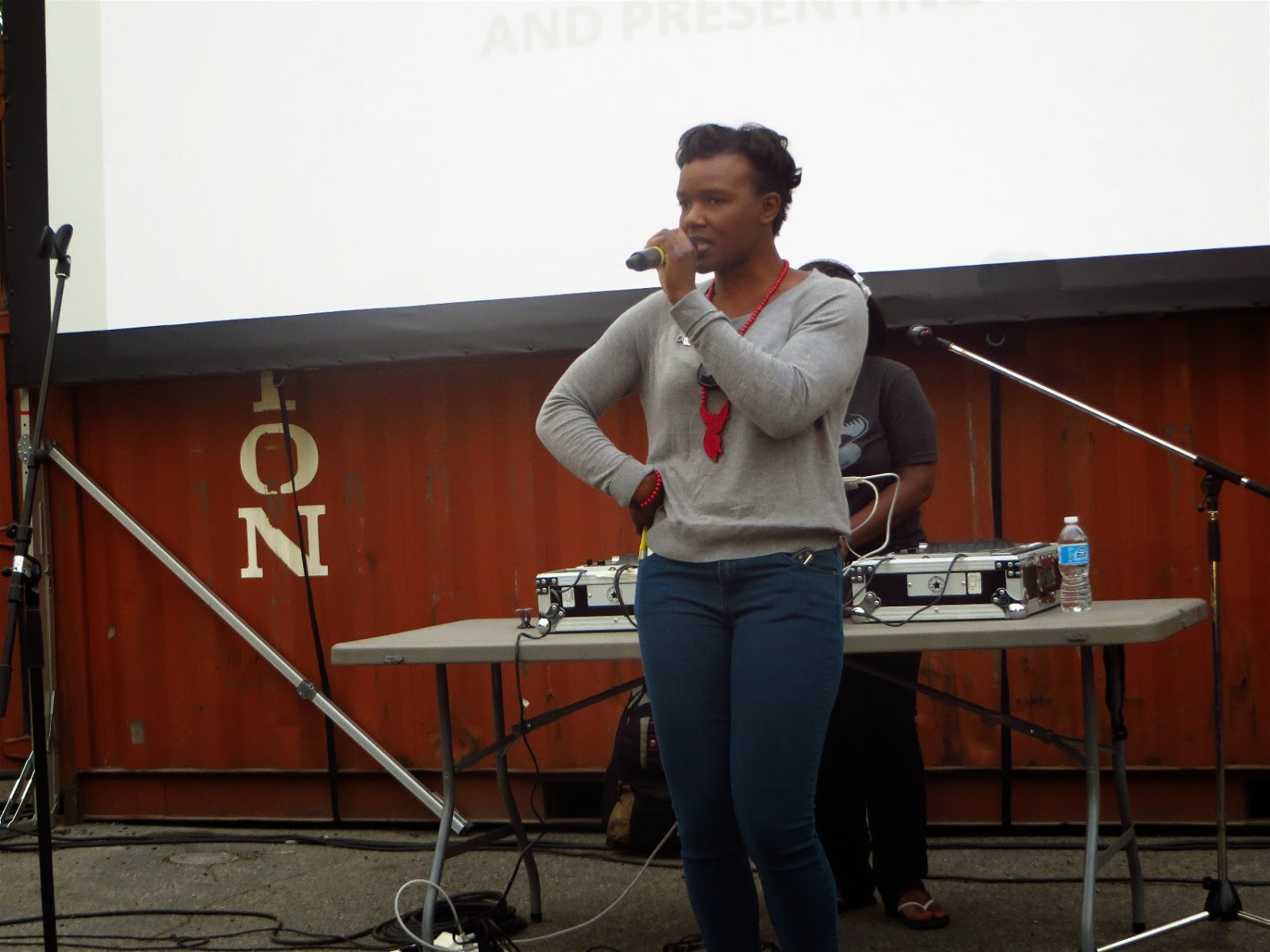 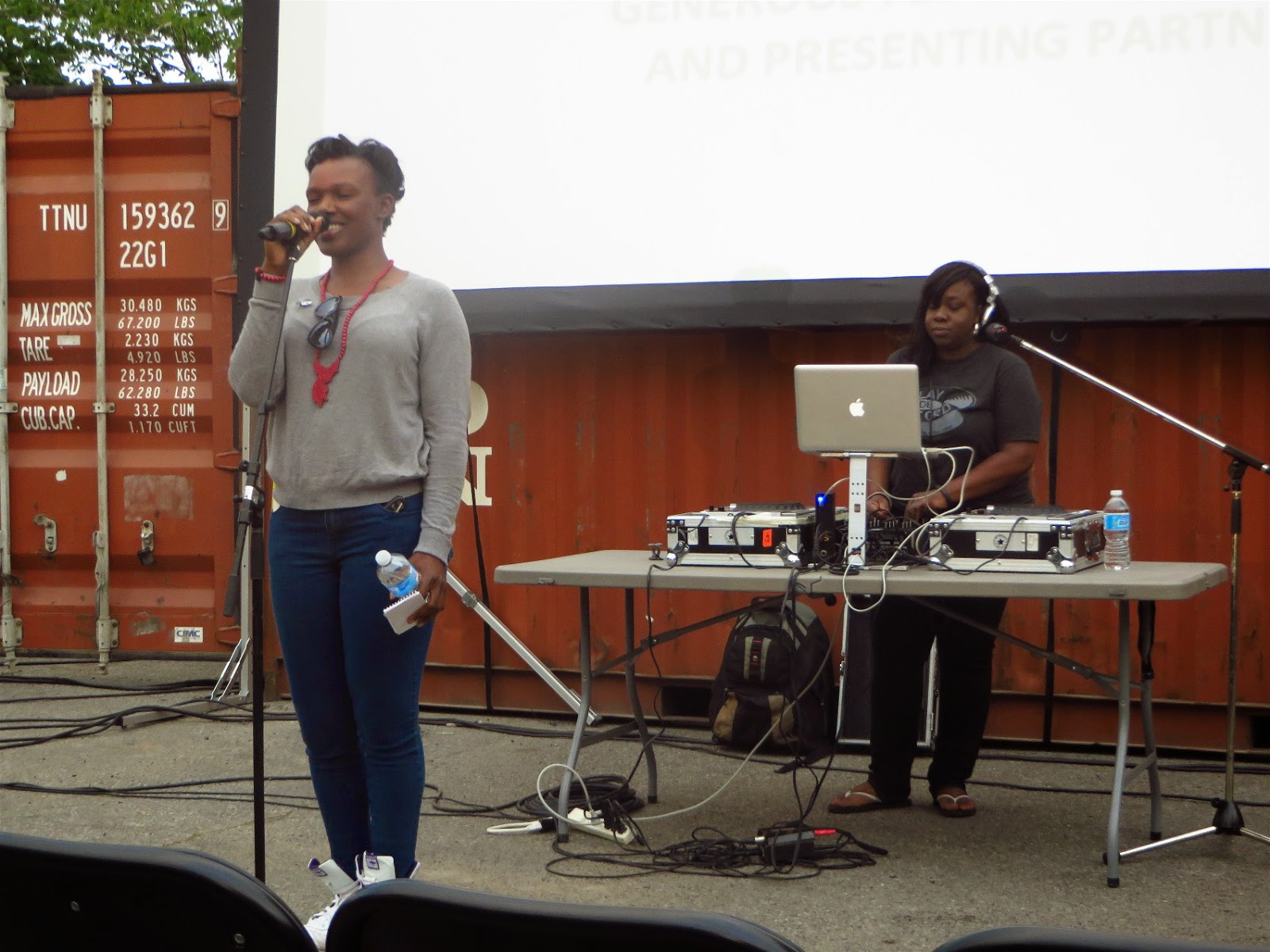 Then it was time for the movie. It was a cool night and a big crowd. 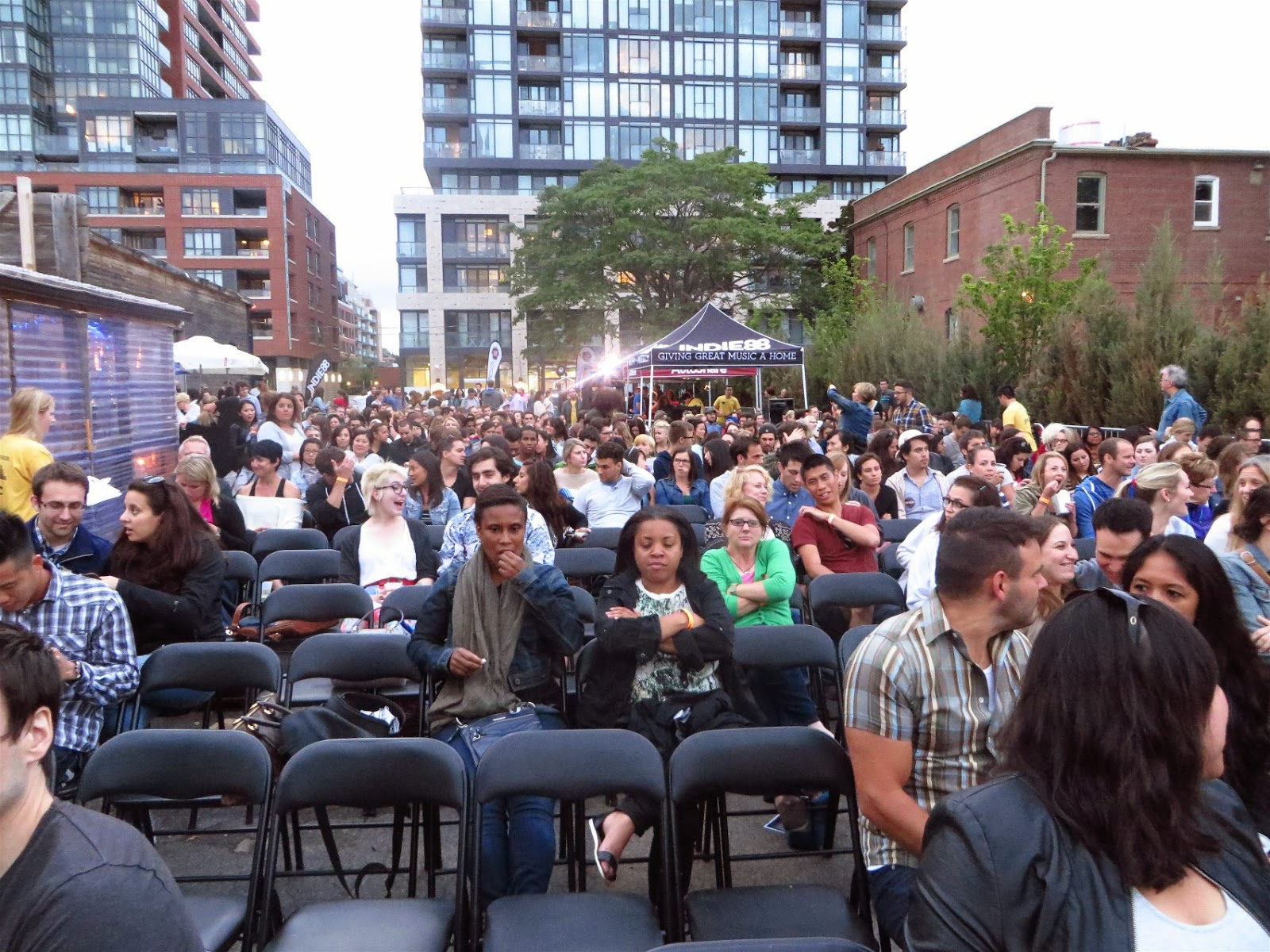 Jason Bateman makes his feature directorial debut with the subversive comedy Bad Words. Mr. Bateman stars as Guy Trilby, a 40-year-old who finds a loophole in the rules of The Golden Quill national spelling bee and decides to cause trouble by hijacking the competition. Contest officials, outraged parents, and overly ambitious 8th graders are no match for Guy, as he ruthlessly crushes their dreams of victory and fame.

As a reporter (Kathryn Hahn of We're the Millers) attempts to discover his true motivation, Guy finds himself forging an unlikely alliance with a competitor: awkward 10-year-old Chaitanya (Rohan Chand of Homeland), who is completely unfazed by Guy's take-no-prisoners approach to life.

It was hilarious! I loved it as did the crowd. Bateman was funny, despite his character being a very unlikable jerk, but it was Chand who did the best job of making the movie work. 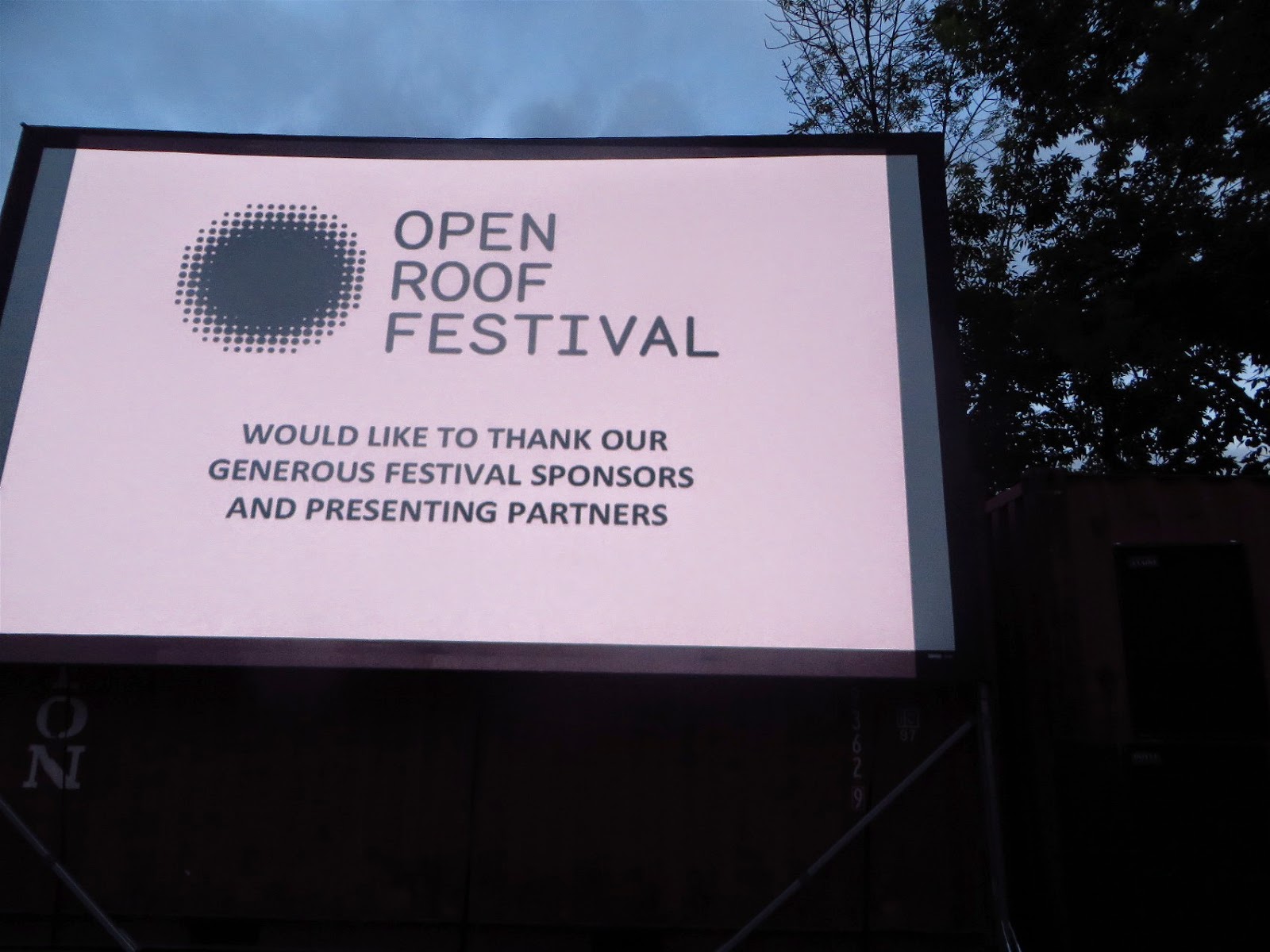 Cool write up. DJ Mel Boogie has actually been DJing for about 19 years. I embellished a bit.

Glad you liked the show! And thanks for the feedback.