Beer of the Week - Summer Beers from Griffin Gastropub 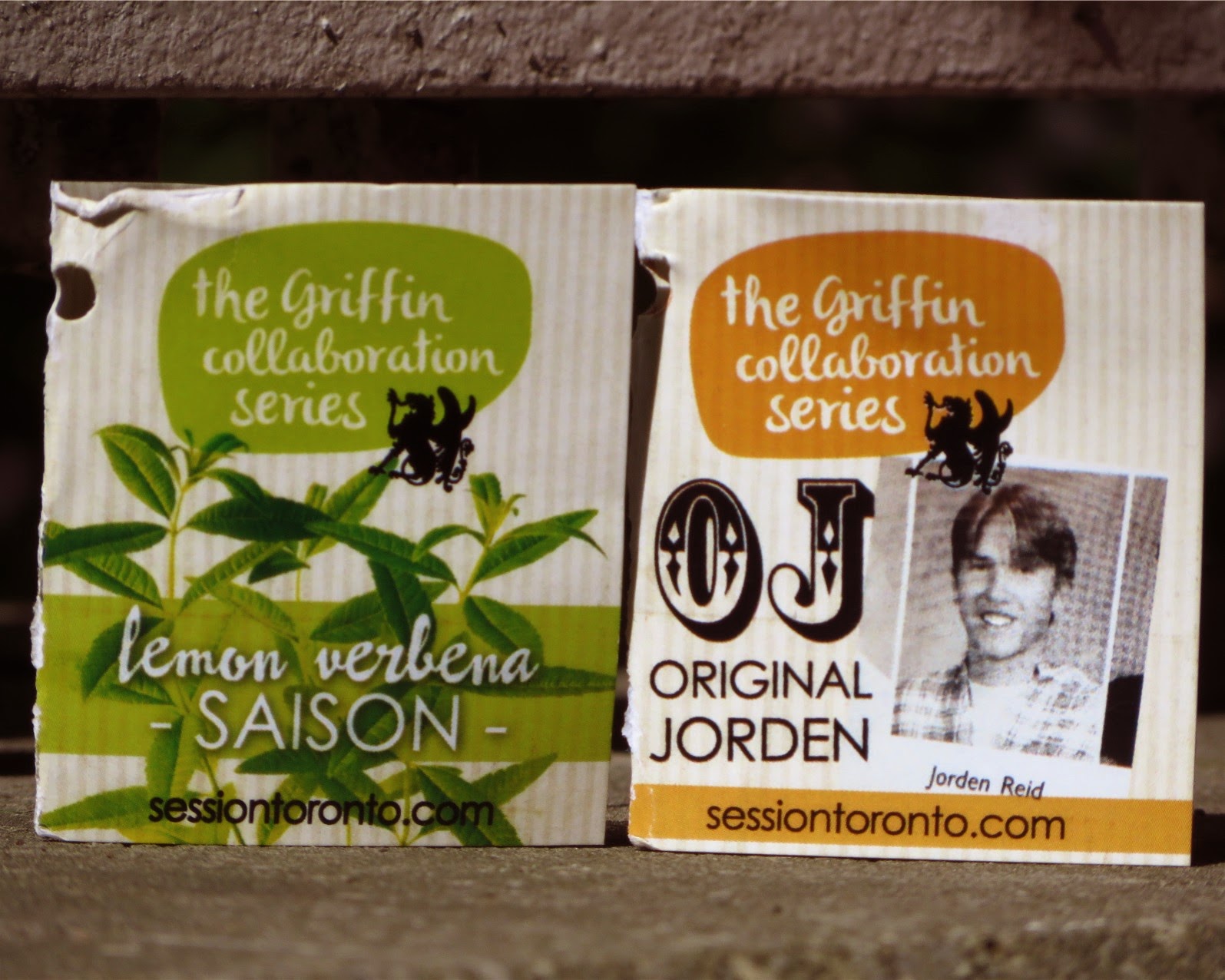 It was just back in April that I received beers from Griffin Gastropub as part of my Beer of the Month Club membership and reviewed them on my Beer of the Week. This month I received more, although these beers are definitely summer oriented, one being a Lemon Verbena Saison and the other an orange IPA.


I love saisons. They are usually lightly spiced with summer flavours with perhaps some orange thrown in. This one is flavoured with a plant called lemon verbena which is grown in Argentina and Chile. I had never heard of it before I received this shipment but according to WebMD  it is used for digestive disorders including indigestion, gas, colic, diarrhea, and constipation. It is also used for agitation, joint pain, trouble sleeping (insomnia), asthma, colds, fever, hemorrhoids, varicose veins, skin conditions, and chills.

This Lemon Verbena Saison was brewed at Muskoka Brewery.  Pilsner and wheat malts are used in this along with Belgium saison yeast. Sazz  and magnum hops are used and, of course, there is lemon verbena in this.

It pours a very light almost faint yellow colour and looks to be a little cloudy. The head is very white and a nice light citrus aroma rises from the glass. The light colour belies the amount of flavour in this saison. It has a very nice but different flavour, which is likely the lemon verbena. It has a nice amount of sourness throughout and finishes with a slight hop bitterness. Despite being 6% ABV, it tastes very sessionable. A fabulous beer for a hot summer day.

Teena was enjoying these last night at Sessions Toronto in the VIP lounge.

This too pours a surprising light yellow colour, too light for a regular IPA. The white head lasts a long while and a nice citrus aroma with just a hint of orange comes form this, although perhaps I detected orange just knowing it is in there.

It starts a little watery in mouthfeel to start but then that nice citrusy bitterness that I love comes through and lasts through the finish. This beer comes in a 4.8% and is definitely sessionable. Another great summer beer!