Beer of the Week - The Beers of Griffin Gastropub 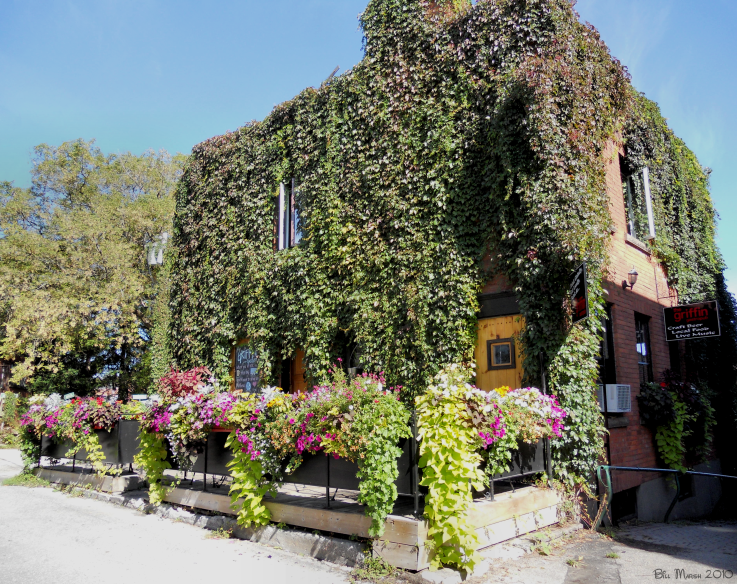 Back in 2008, Jed bought a pub in his hometown of Bracebridge, Ontario, and called it the Griffin Gastropub.

Right away he threw out all the big brewery beers and focused only on pouring Ontario craft beers. Not content to be just a pub owner, he came down to Toronto and started the first of what would be an annual event, The Sessions Toronto craft beer festival. This year will be the fifth year for the festival which is being held June 13 and 14 at Dundas Square. Teena and I have not missed one and already have our tickets for this year!

They also do craft beer festivals in Hastings and, of course, in Bracebridge. We were at the one in Bracebridge last year and it was fabulous!

Jed and Curt have decided to start brewing their own beer with the help of the people at Black Oak Brewing, one of my favorite breweries. Two different beers from Griffin, a Carny Ale and a Summer Stout, came in my first Beer of the Month Club package that Teena our cats gave me for my birthday.

Time to give them a try. 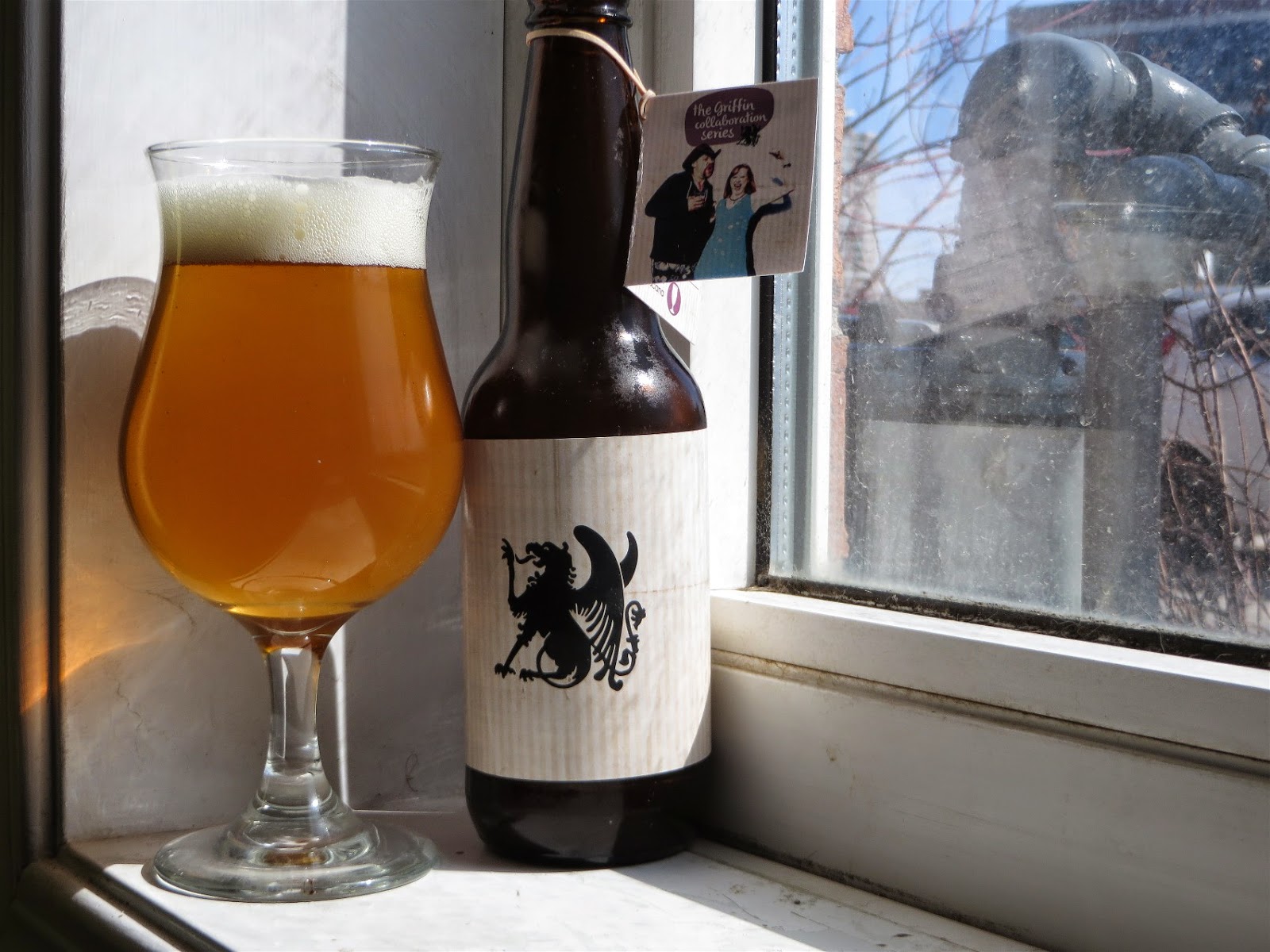 Wow! What a great beer!

It pours a light amber colour with a white head. This is a bottle-aged beer, having a little yeast added at bottling so the beer goes through a secondary fermentation in the bottle, and the beer is slightly cloudy. I sense some citrus and spice in the aroma.

As I sip, I can taste spice and a little lemon. According to the card on the bottle, there is dried lemon peel, sage and fresh lemon zest added to the brew. Although this is an ale, a pilsner malt is used along with a Trappist Ale Yeast.

This beer is both a touch sour, a touch spiced, and a touch bitter, all combining for one fabulous flavour. It is an exciting, multi-flavoured enjoyable beer and I'm sad that I have only three bottles of it. Oops, only two now! They won't last long in my fridge for sure! 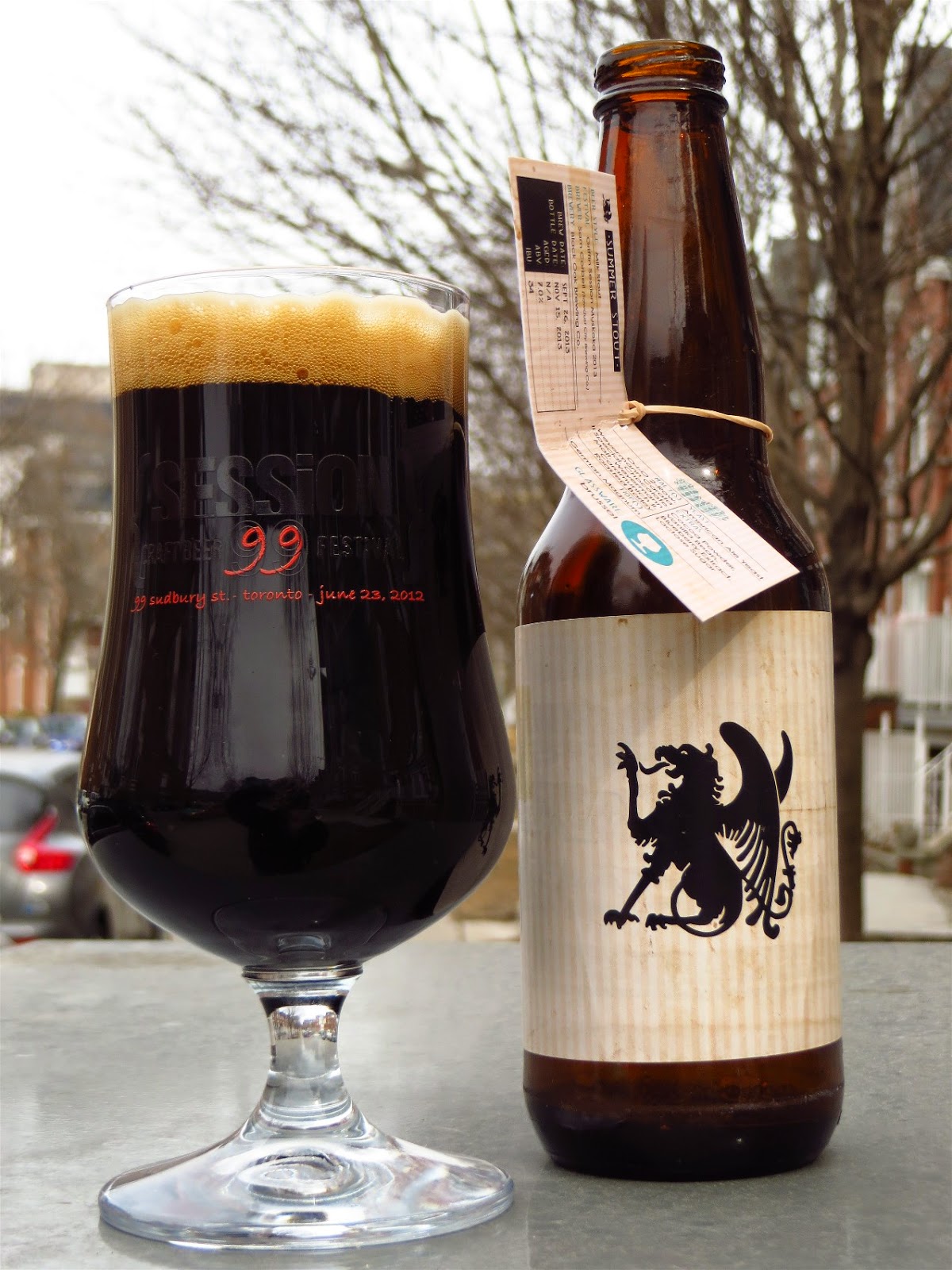 This summer stout is what you would call a milk stout, which is a stout that has lactose sugar added to the brew. According to the card, this stout also has cocoa powder, vanilla bean and blueberry extract added as well.

It pours with the blackness of a regular stout with a brownish head which takes a little bit to melt away. The head is not creamy as I had expected it would be. There are lots of chocolate tones in the aroma. The bitterness of the chocolate is very pronounced all the way through to the finish. I can't detect any hint of blueberry flavoring in here. This is a nice stout but not an outstanding one. I will have no troouble in drinking the others.

Now if I could just get my hands on more of that Carny Ale!