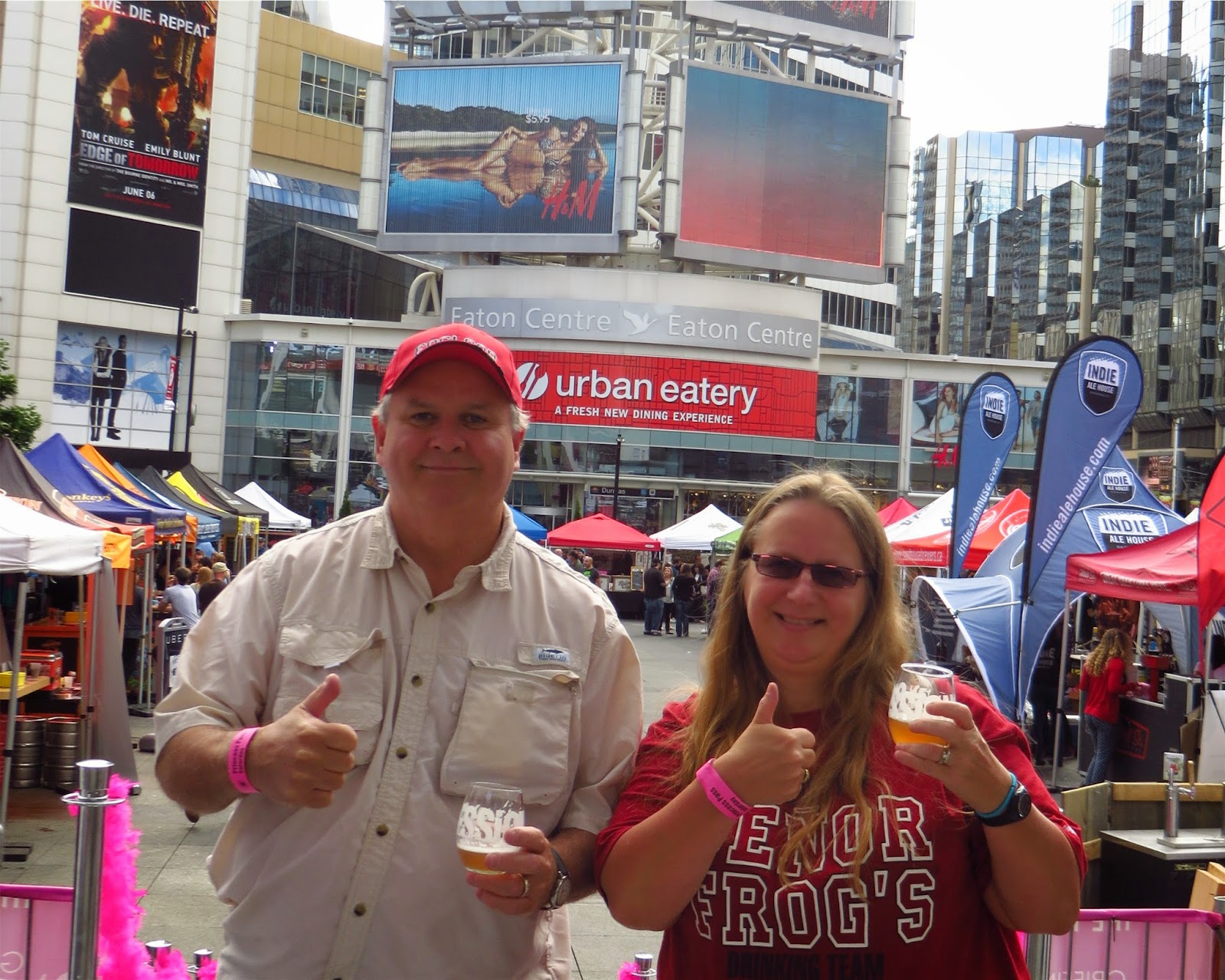 Tonight was the 5th Annual Sessions Toronto Craft Beer Festival. In the past it has been held at Sunnyside Beach Pavilion, 99 Sudbury and Wychwood Barns, but this year it was held in the heart of the city at Dundas Square.

This year had a new feature, the Princess pass. With this pass you will have a separate entrance to the event with no lineups, private bathrooms, 30 tasting tickets, access to the princess area which features a catered buffet, unique beers and private music/entertainment, and a chance to shmooze with important industry folk.

Griffin SESSION Toronto brings you ‘Collaboration Nation’. We are pairing 30 craft brewers with 30 chosen artists/celebs to bring you the most unique beer experience yet. 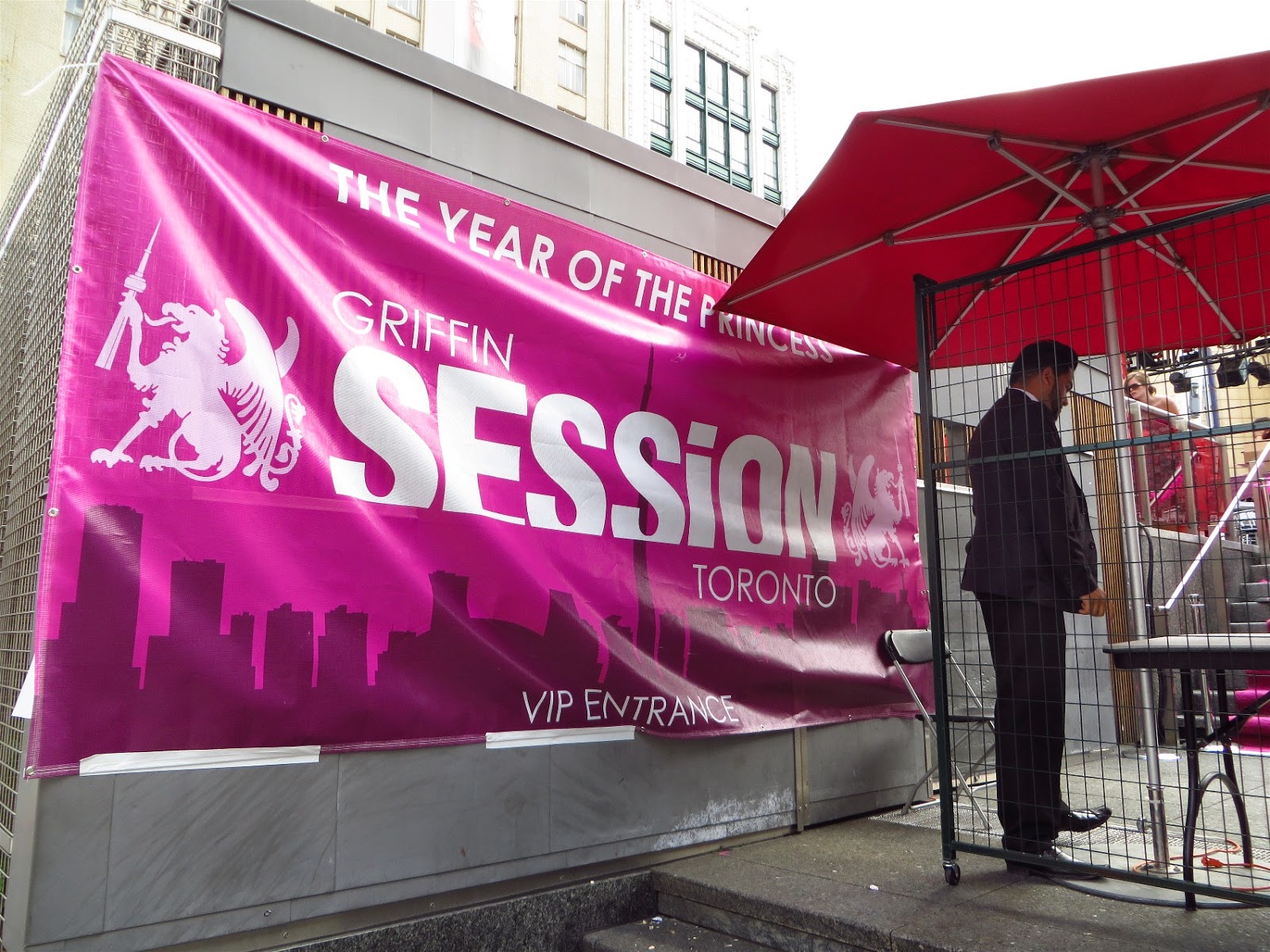 It cost $100 plus tax and came with 30 drink tickets. Each drink ticket was worth a dollar and gave you a 3 ounce pour. A regular ticket was $40 plus tax and came with five tickets, so I think the princess pass was well worth it. Although there was no private music or entertainment, it was nice having a private entrance into the show, a place to sit for four hours, plus a buffet that was being refilled all night long. 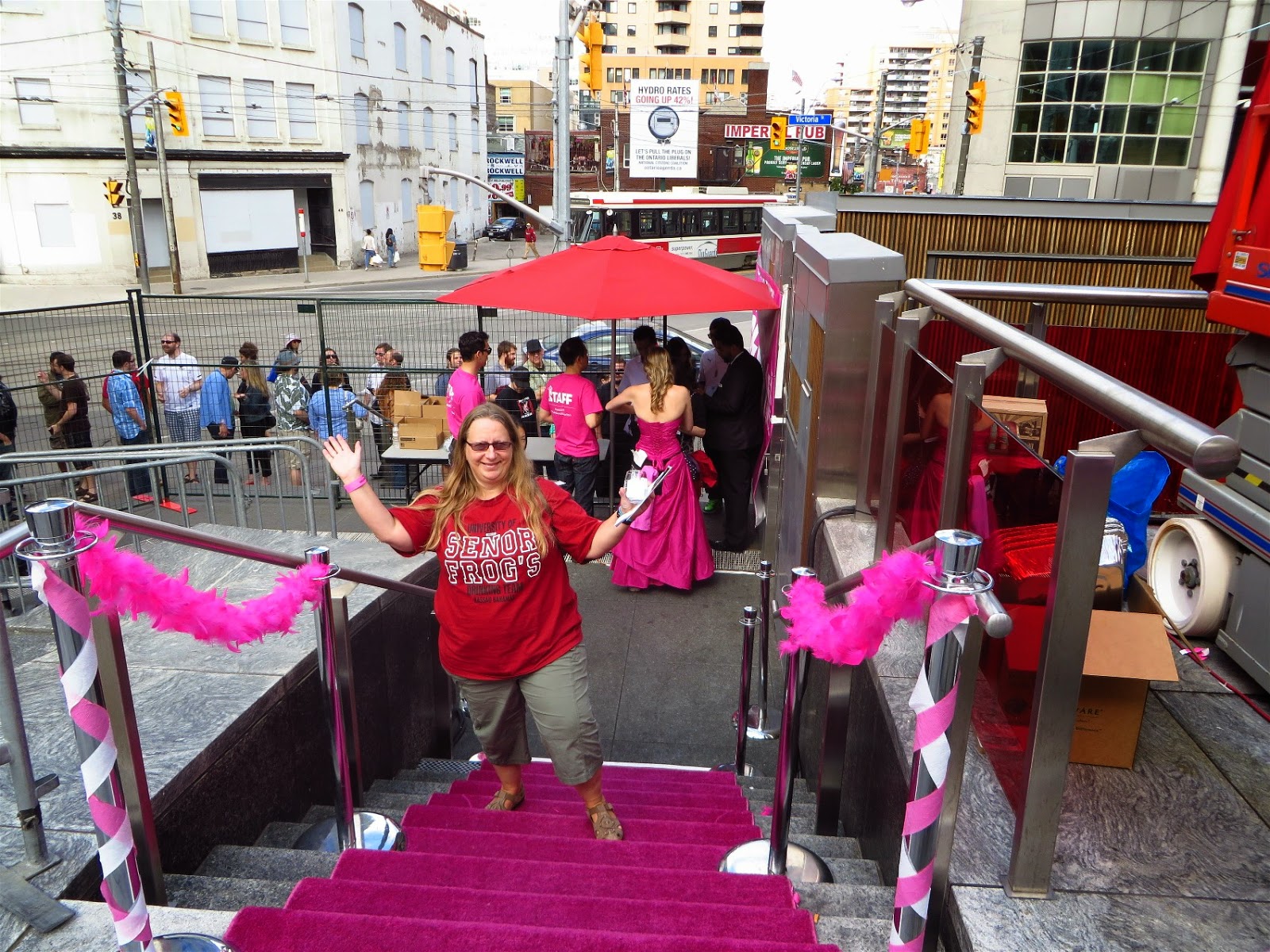 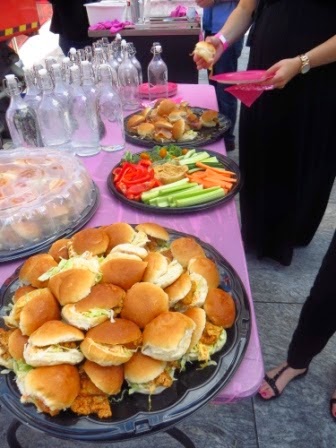 There was also a spot with two taps to get beers. It was run by Kate. Teena decided not to fight the crowds and instead go see Kate and get a fabulous Griffon Raspberry Lemon Verbena Saison. It was one of my favorites of the night.  Teena and Kate were best buds by the end of the night! 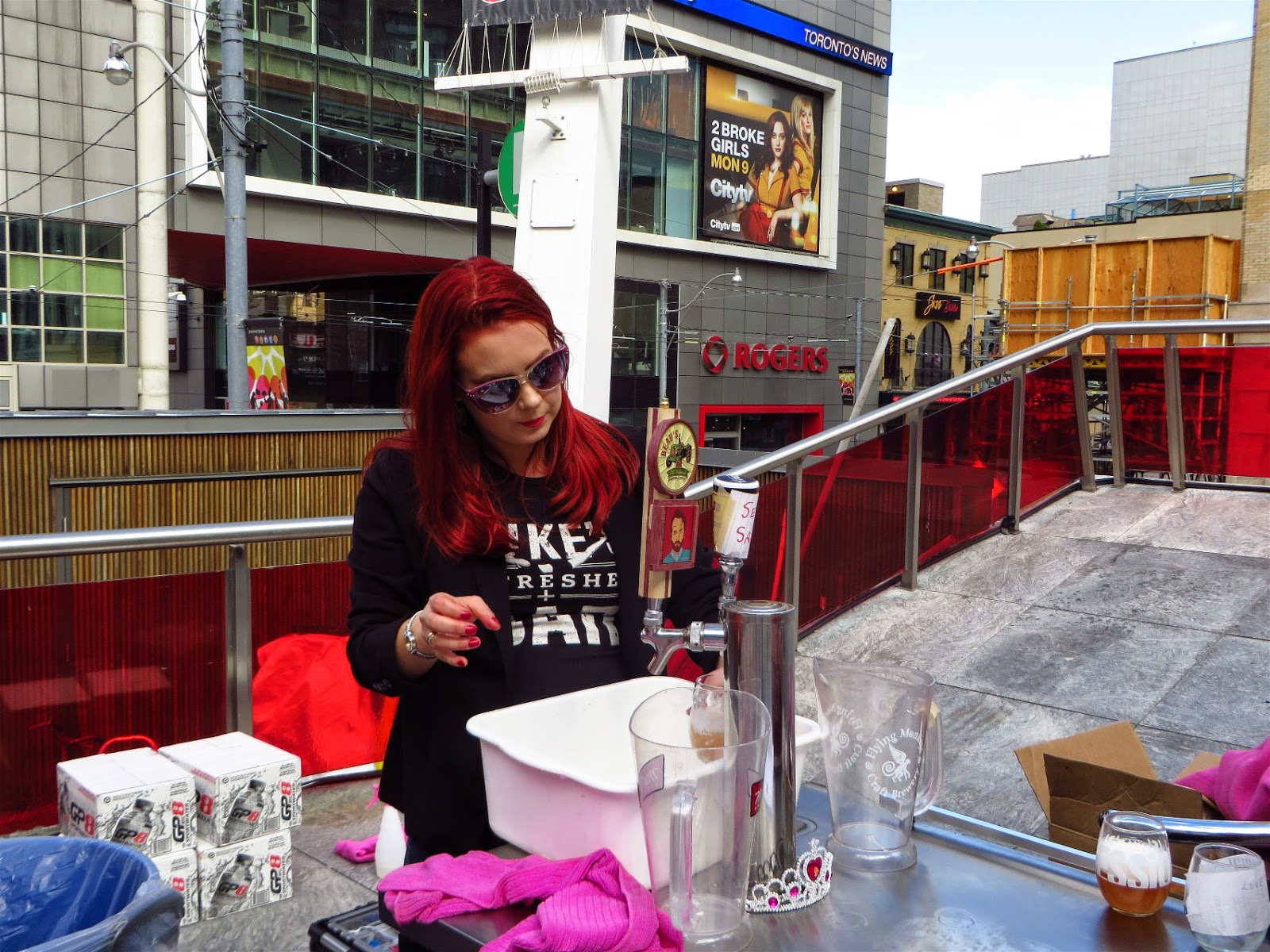 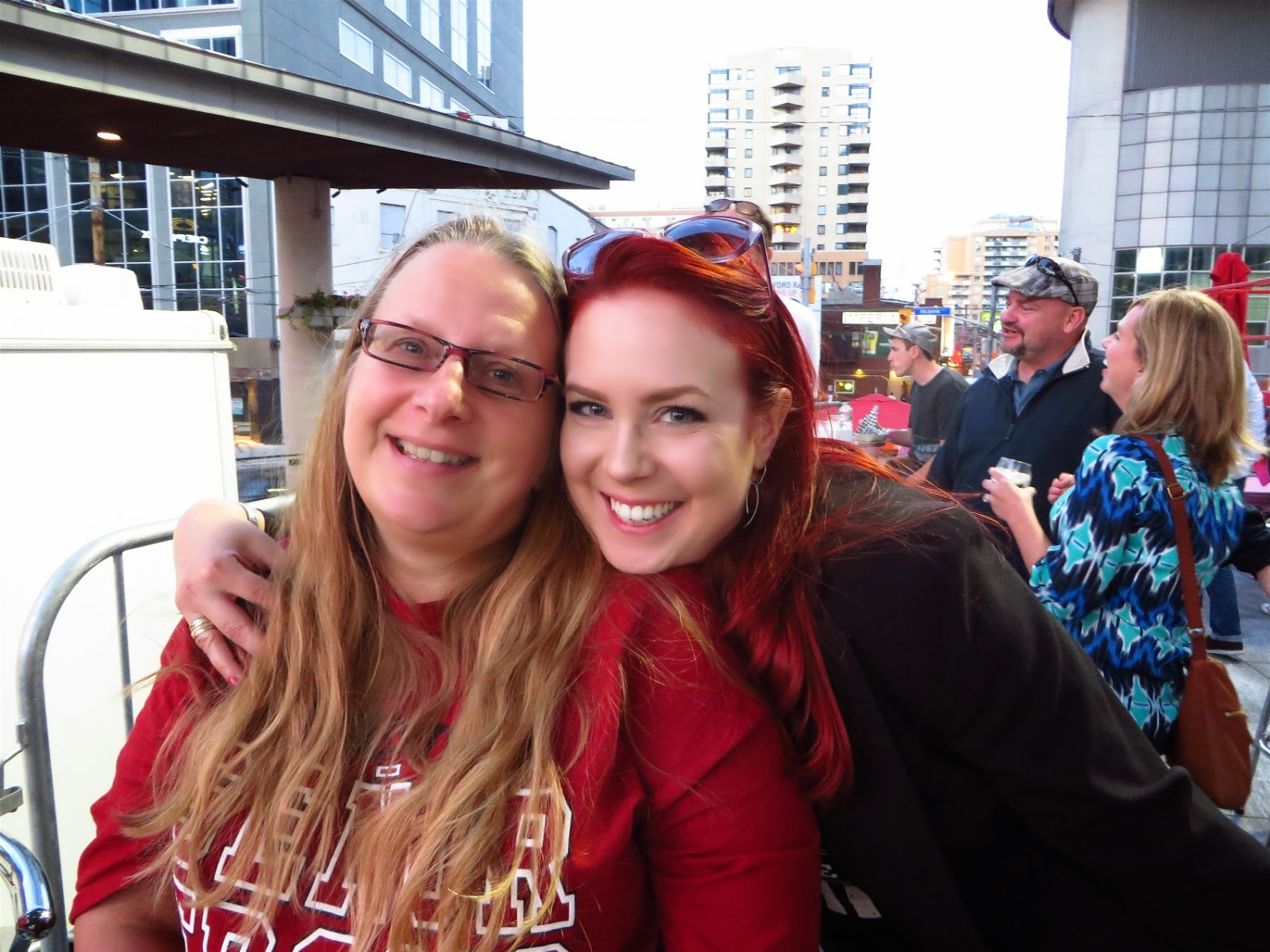 We met up with our friends Bruce, Christine and my beer-sis, Darlene. 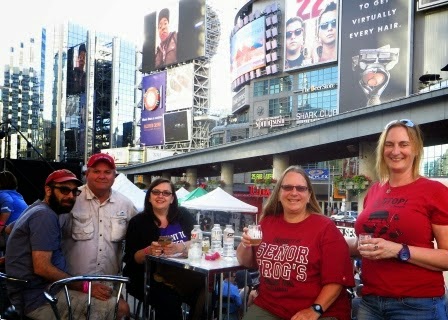 Here is the show before the festival got going, just 10 minutes in and then an hour later. So glad we had a place to sit! 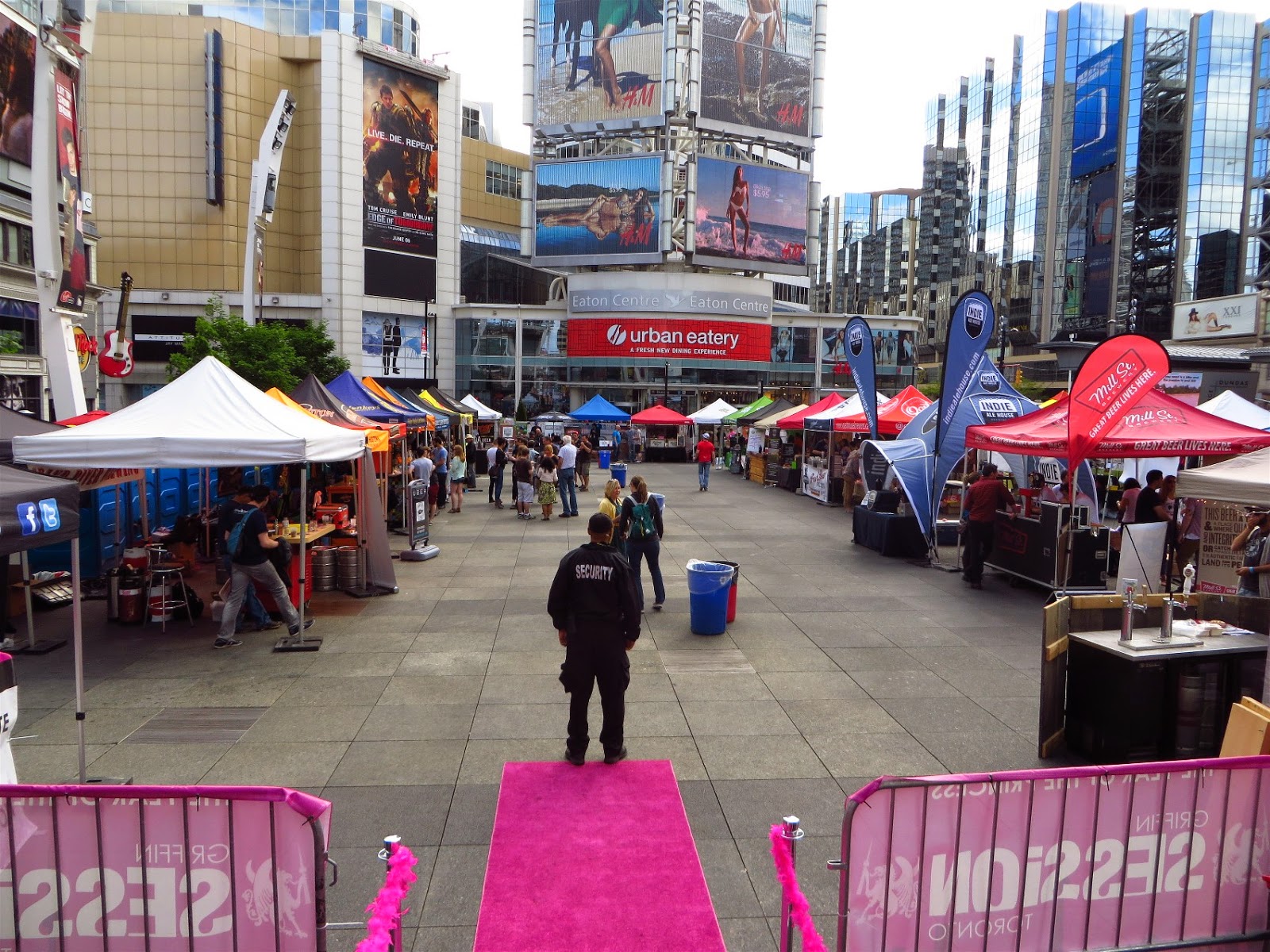 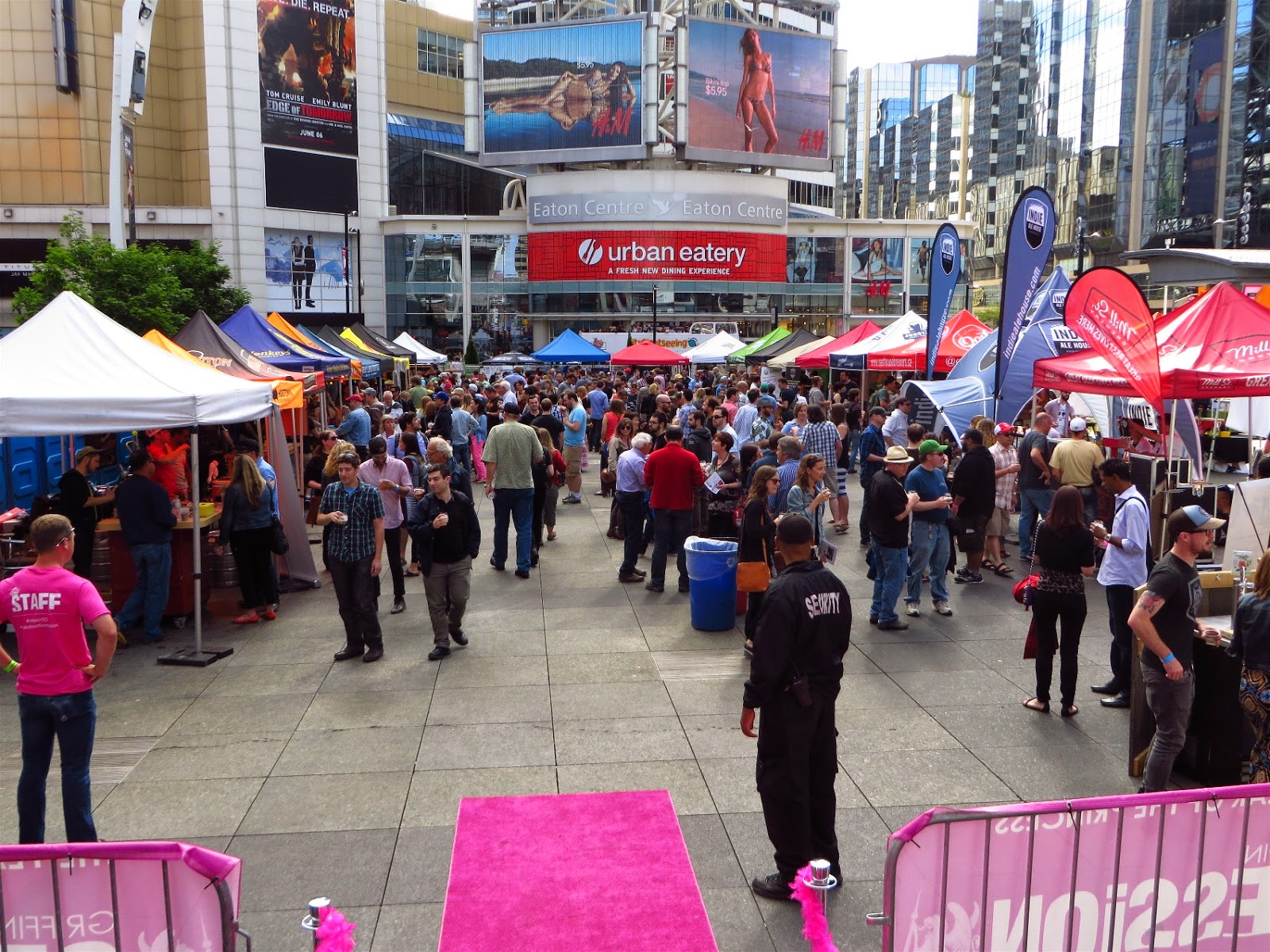 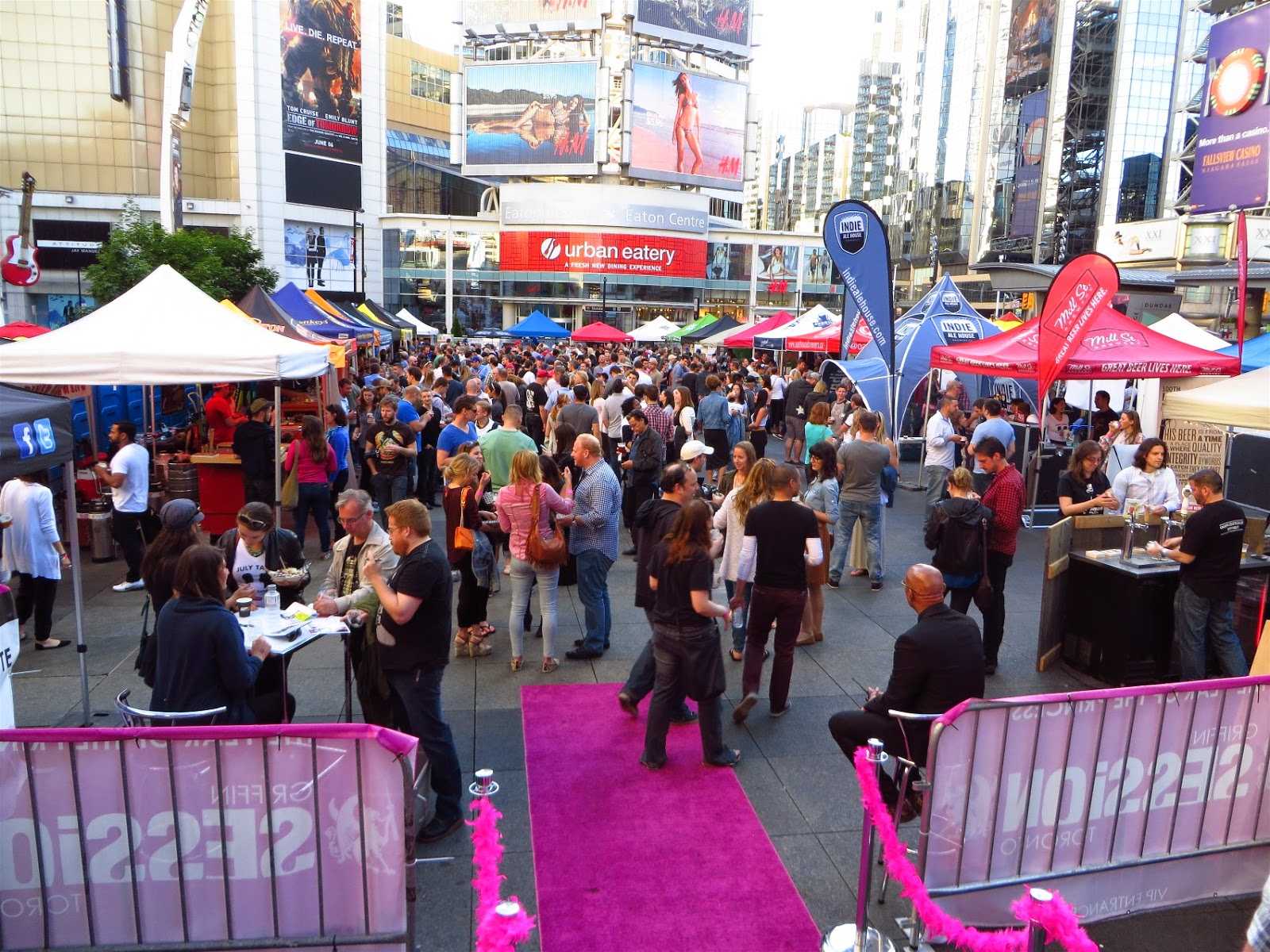 I did a quick tour just at the gates opened to get some shots of the booths. I liked the setup of the area. 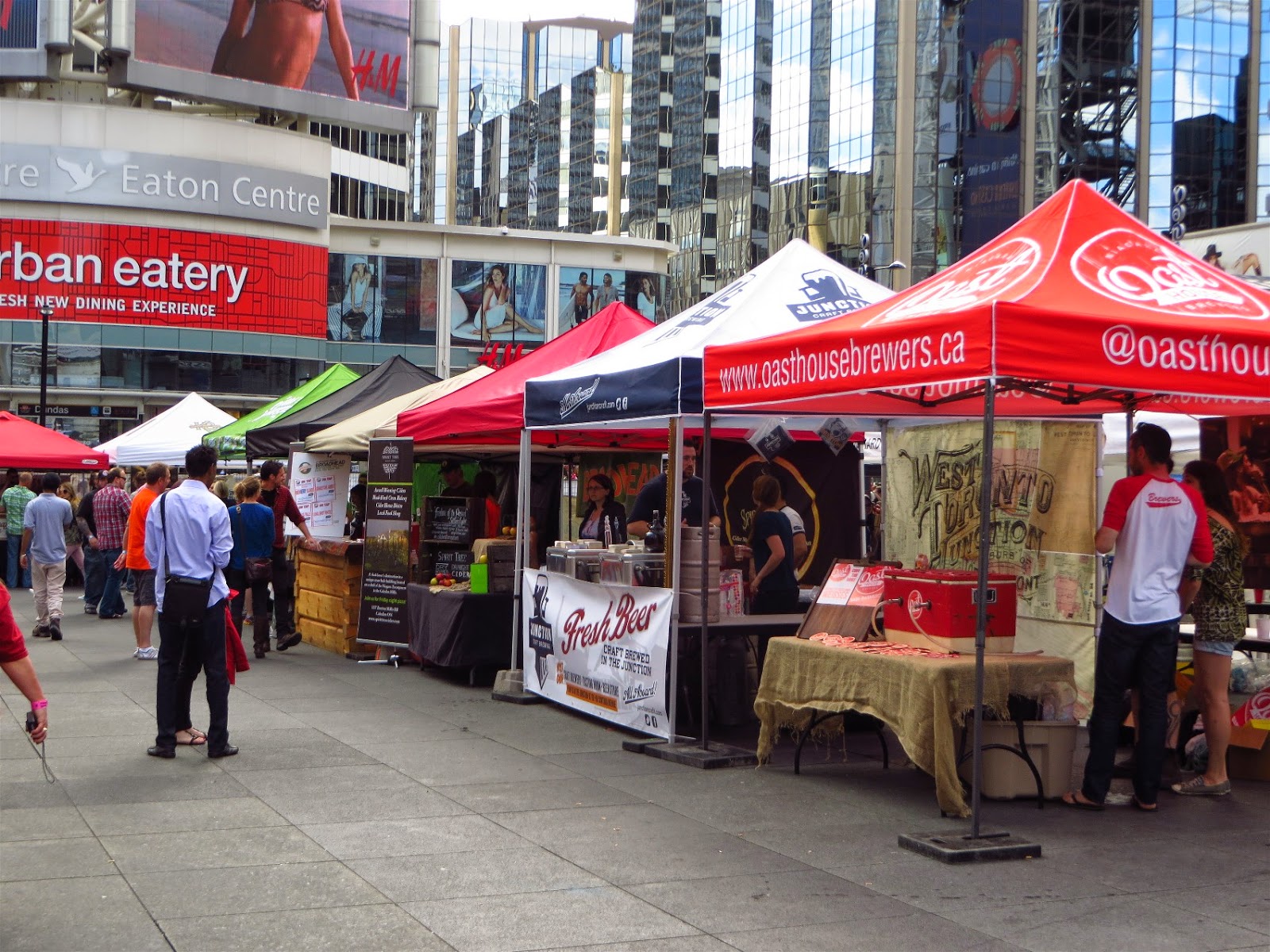 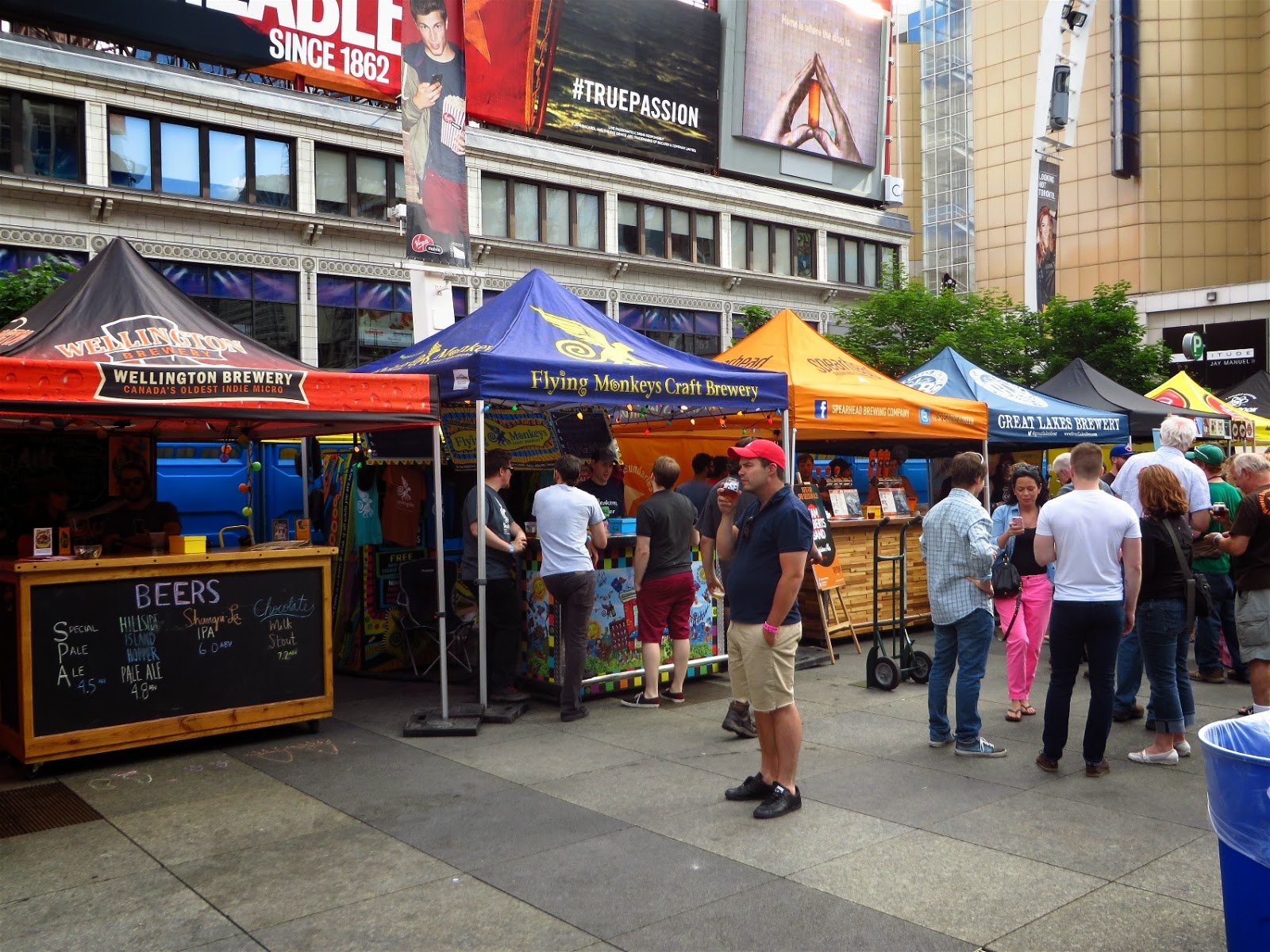 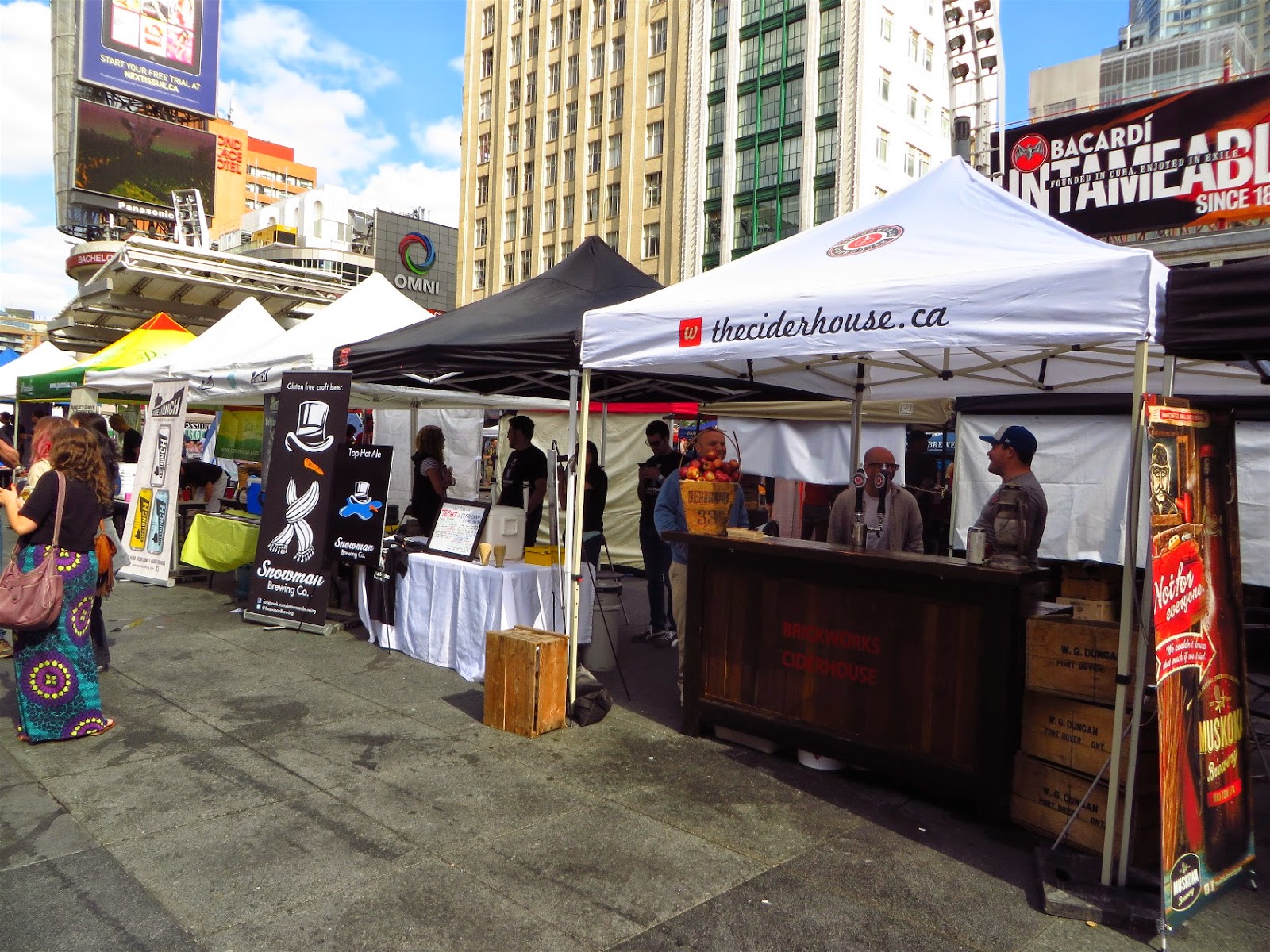 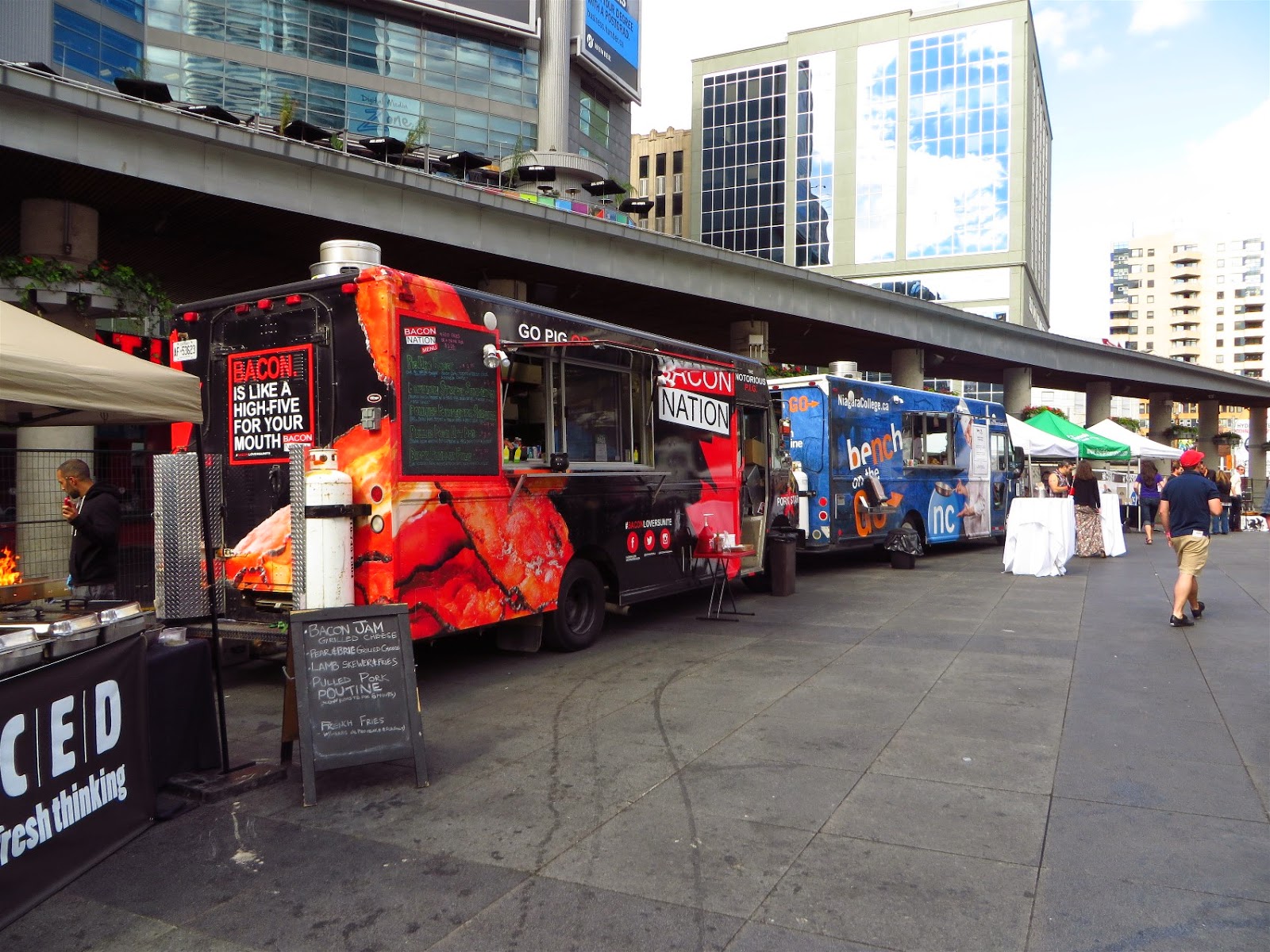 Mr. Rick and the Biscuits played all night and were great! I loved their stuff! 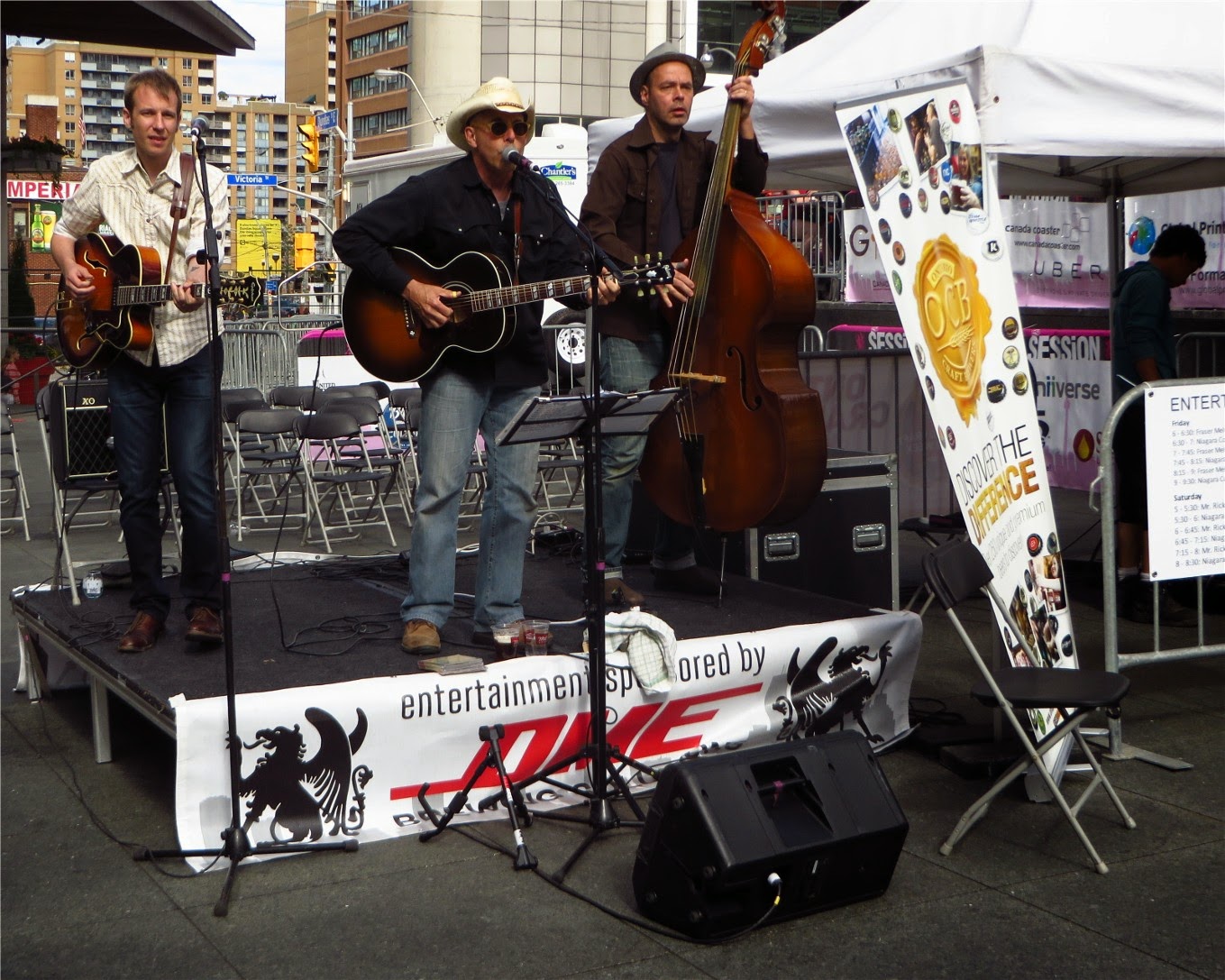 Tom Green was there. When I first heard he was there, I immediately thought of Red Green but no, it was Tom. I'm not a big fan. He did a bit of a routine, that wasn't funny, and at 8:30pm made an announcement that it was last call when the festival was to run till 9pm. He then got up and said something like "Tom Green thinks that the last call should be later". Whatever. I was served beer right up till 9pm. I really could have done without him. 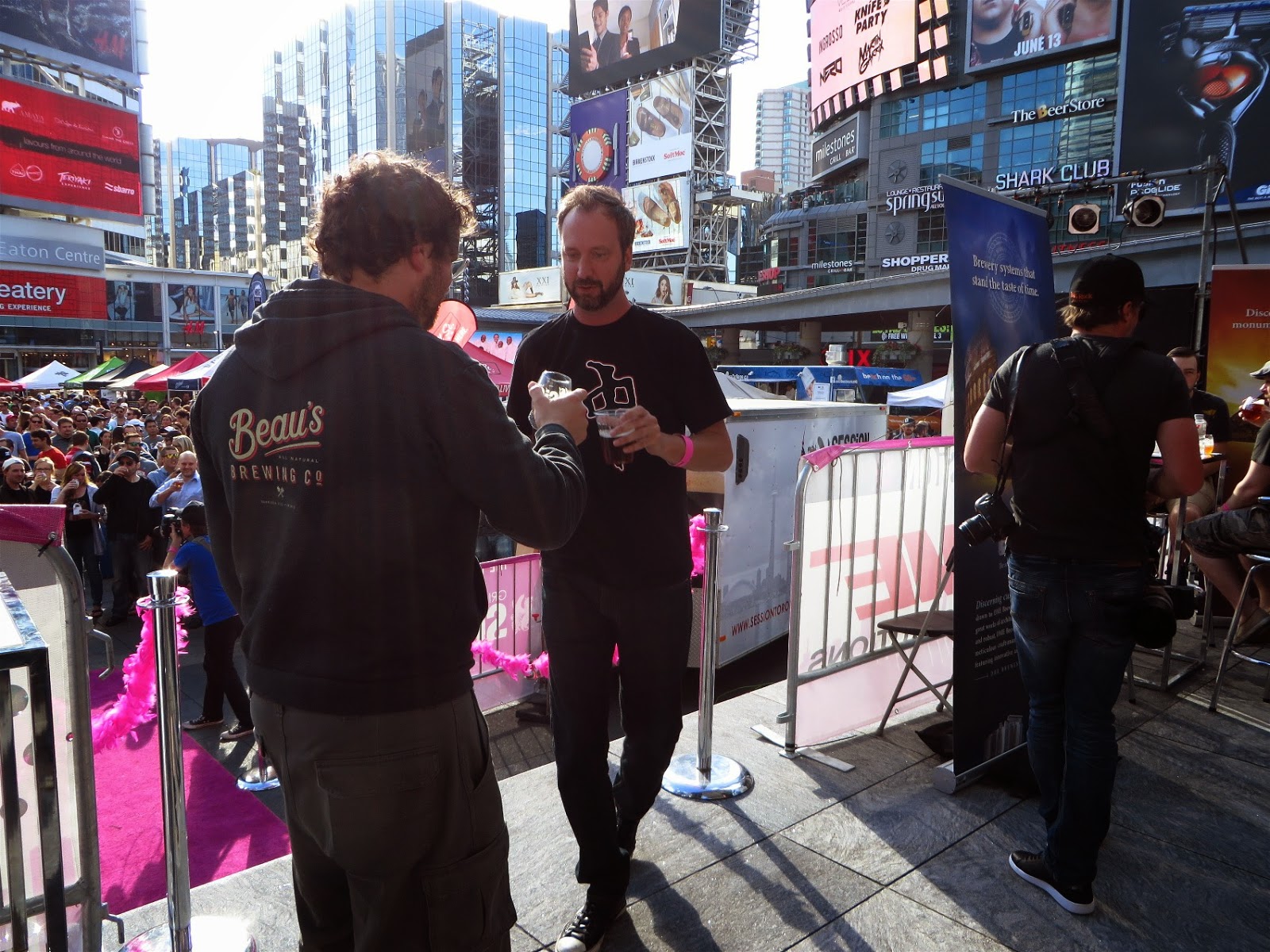 No, some of the beers that I enjoyed. My first beer was a Sacred Mule Sparkling Ale from Barley Days Brewery, made with wine yeast. It was sparking, light and unique. I liked it! 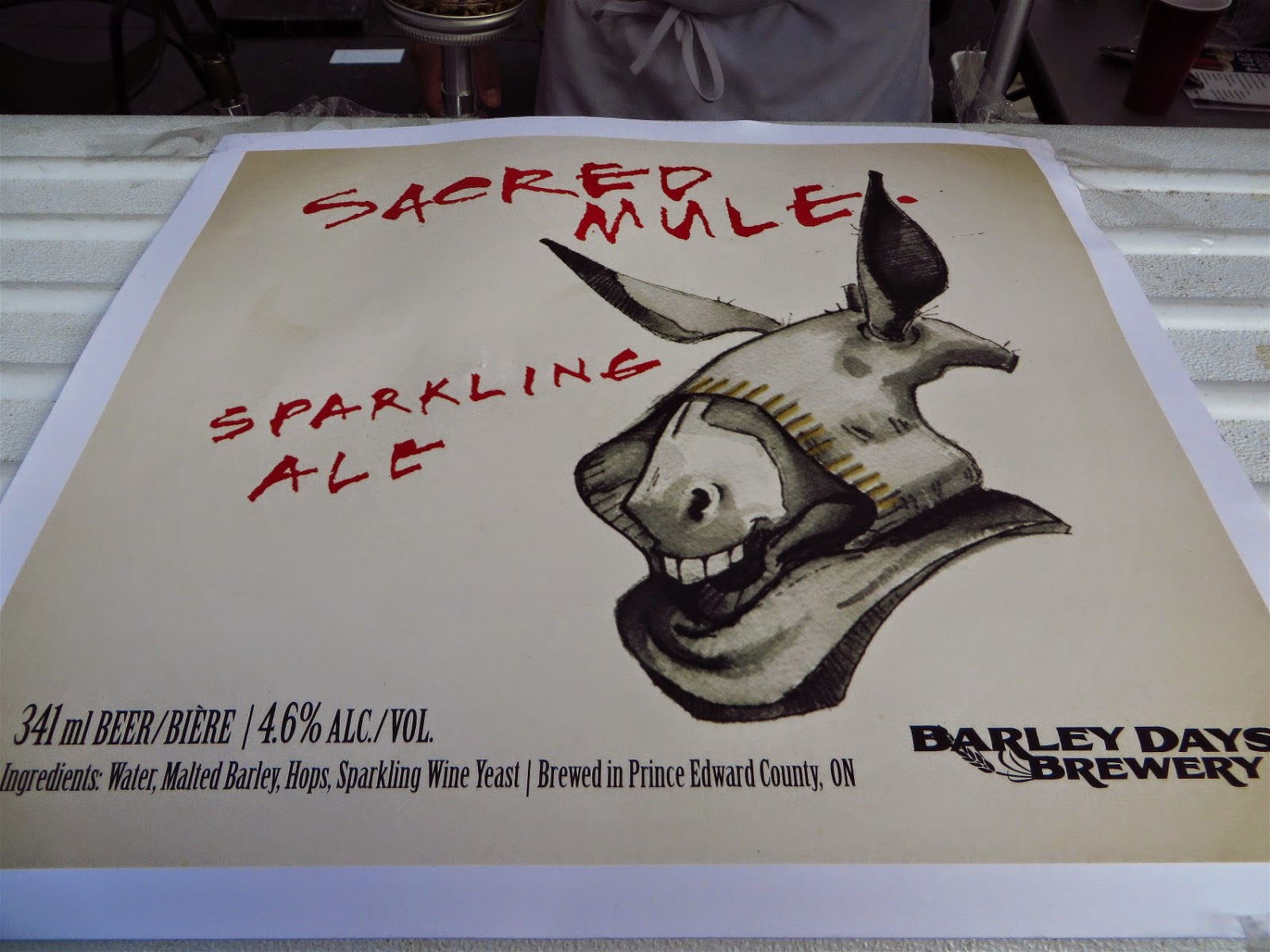 I love the beers that come from Black Oak Brewery. Here I am getting a Collaboration Beet American Wheat, made with golden beets, not red beets. I hate beets but enjoyed this. My last beer of the night was the Black Oak 10 Bitter Years. 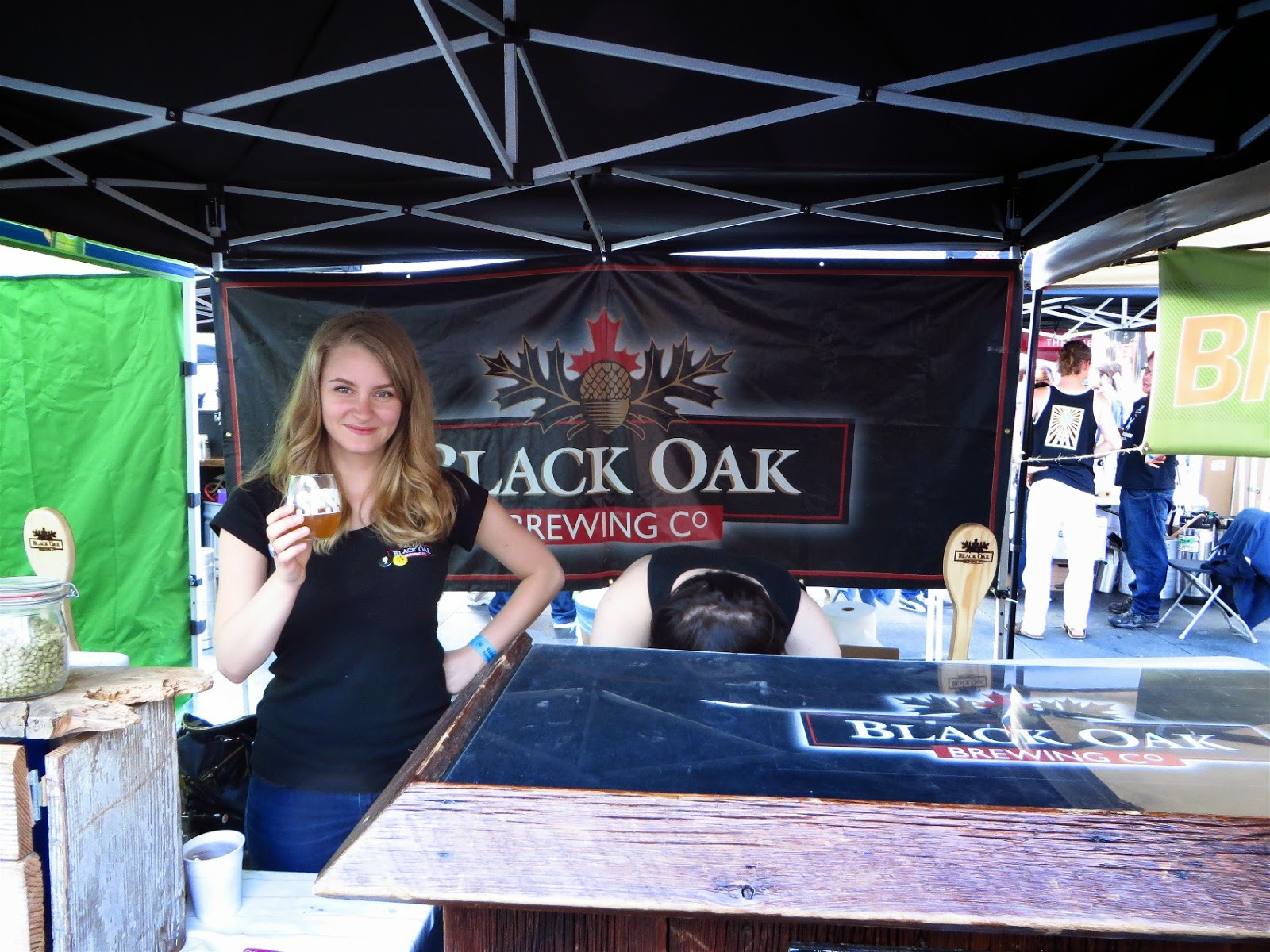 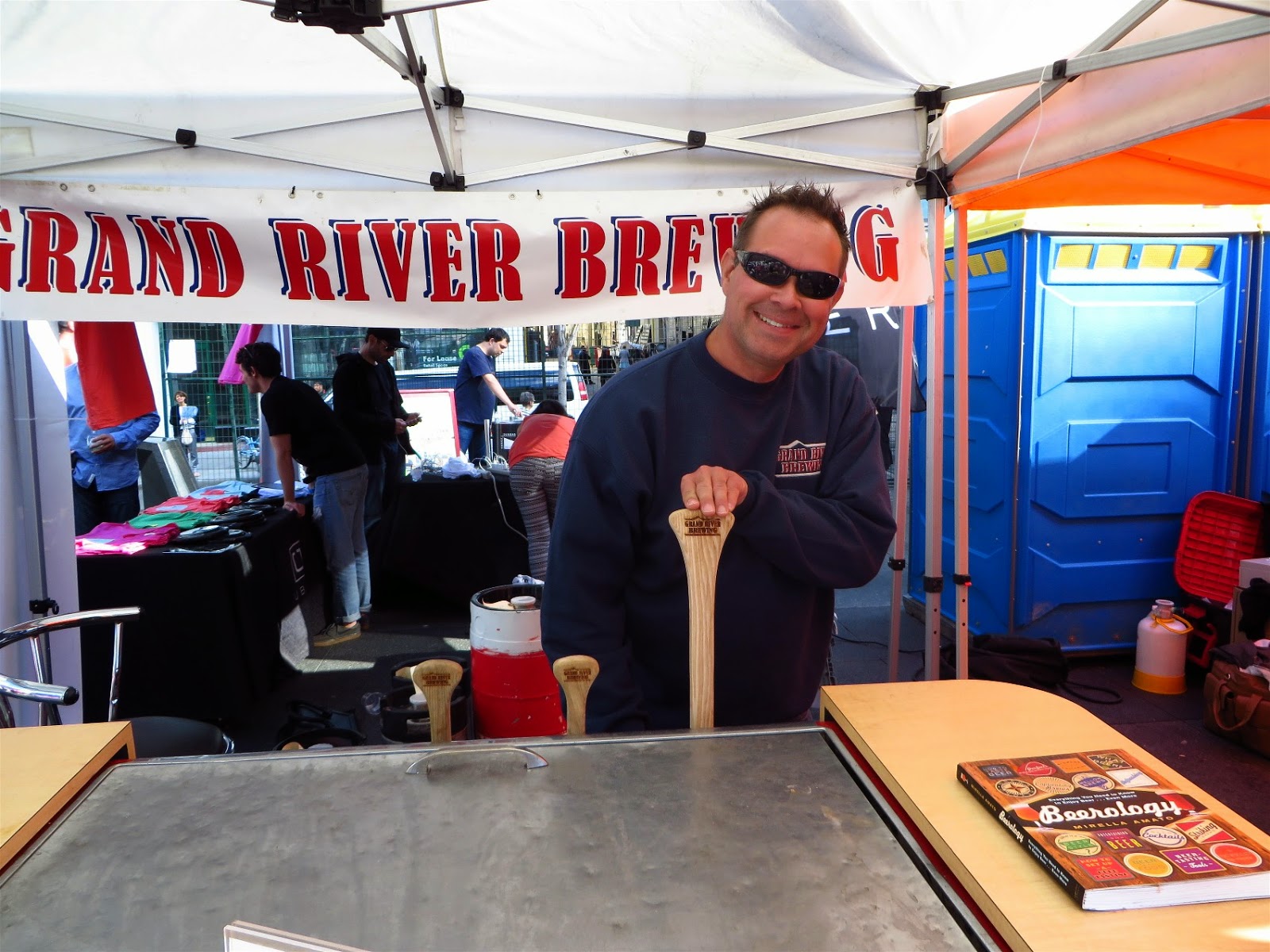 At Junction Craft Brewing I had an Achterbahn Bavarian Ale made with Bavarian Munich Malt. It was quite different and hard to describe. I can say that it was good. 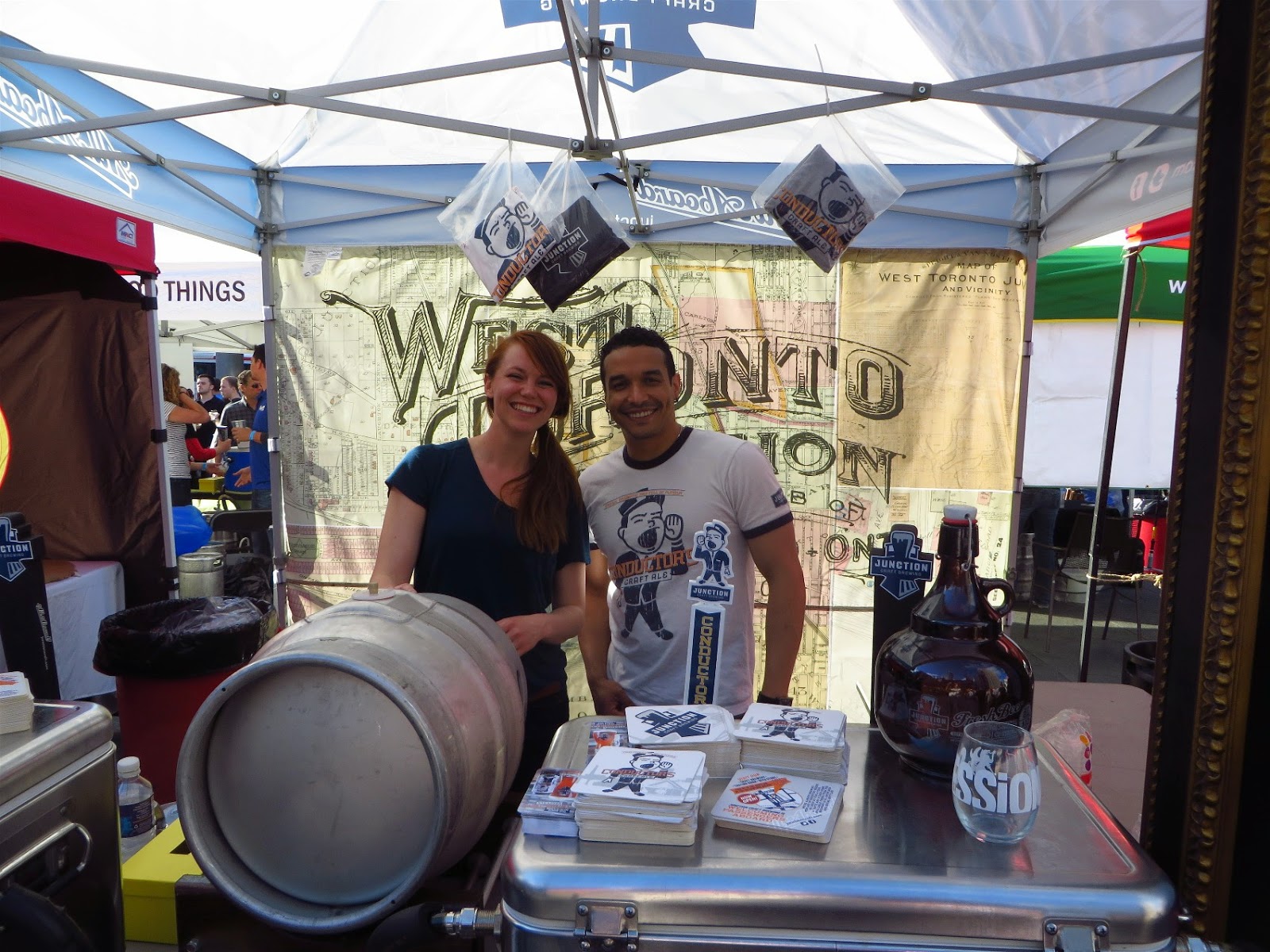 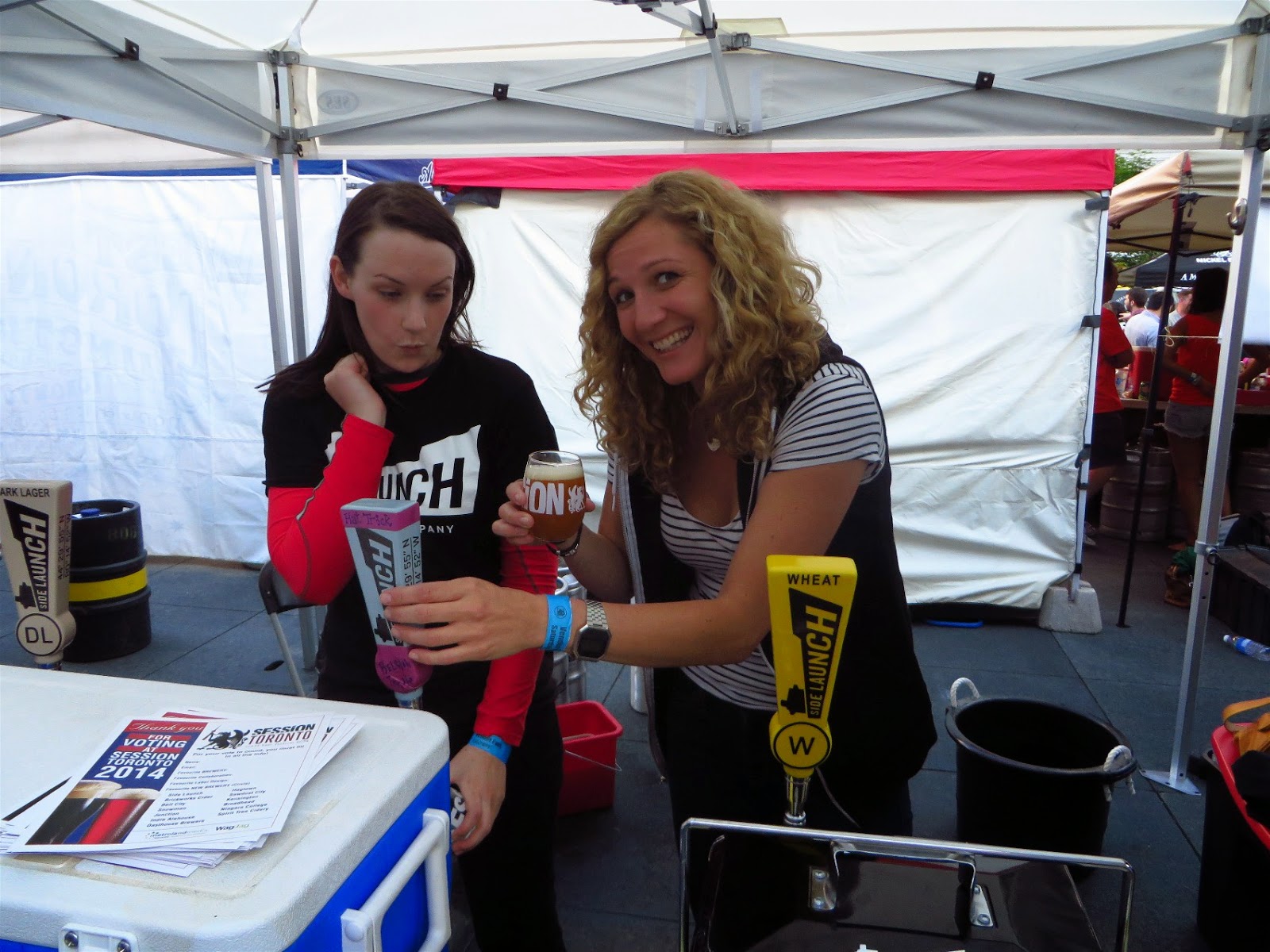 I asked Teena to pick a number between 1 and 26, figuring I would go to a brewery or find a beer that started with that letter. I didn't tell her what I was doing. She chose 21, a "U"! A hard one for sure. I was back to our Princess area in two minutes with a very tasty Underdog Pale Ale from Broadhead Brewing. 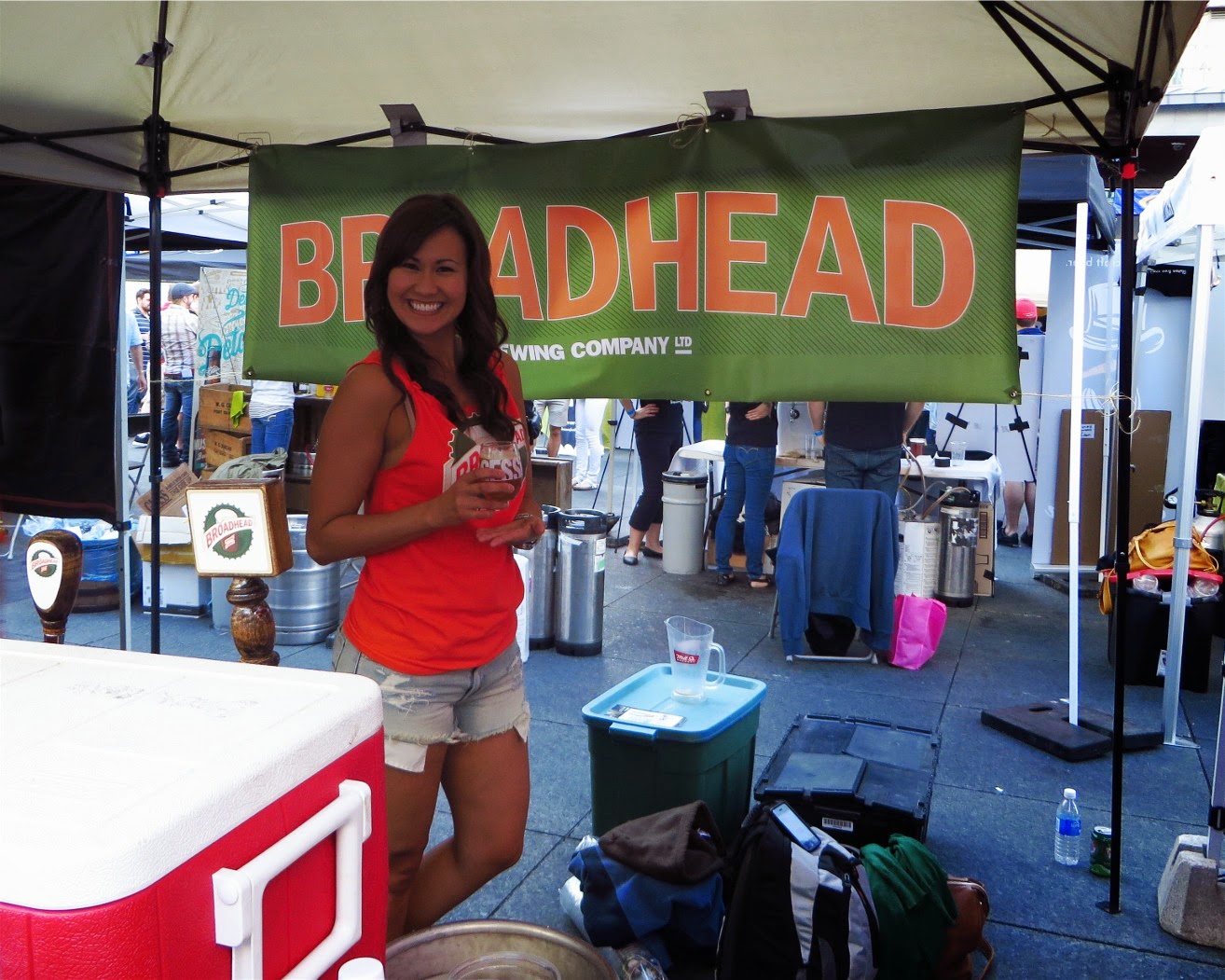 Next up was Snowman Brewing, who makes gluten free beer. I have never had one before and tried a Coffee Caramel Crunch Porter. Didn't miss the gluten at all. It was quite tasty! 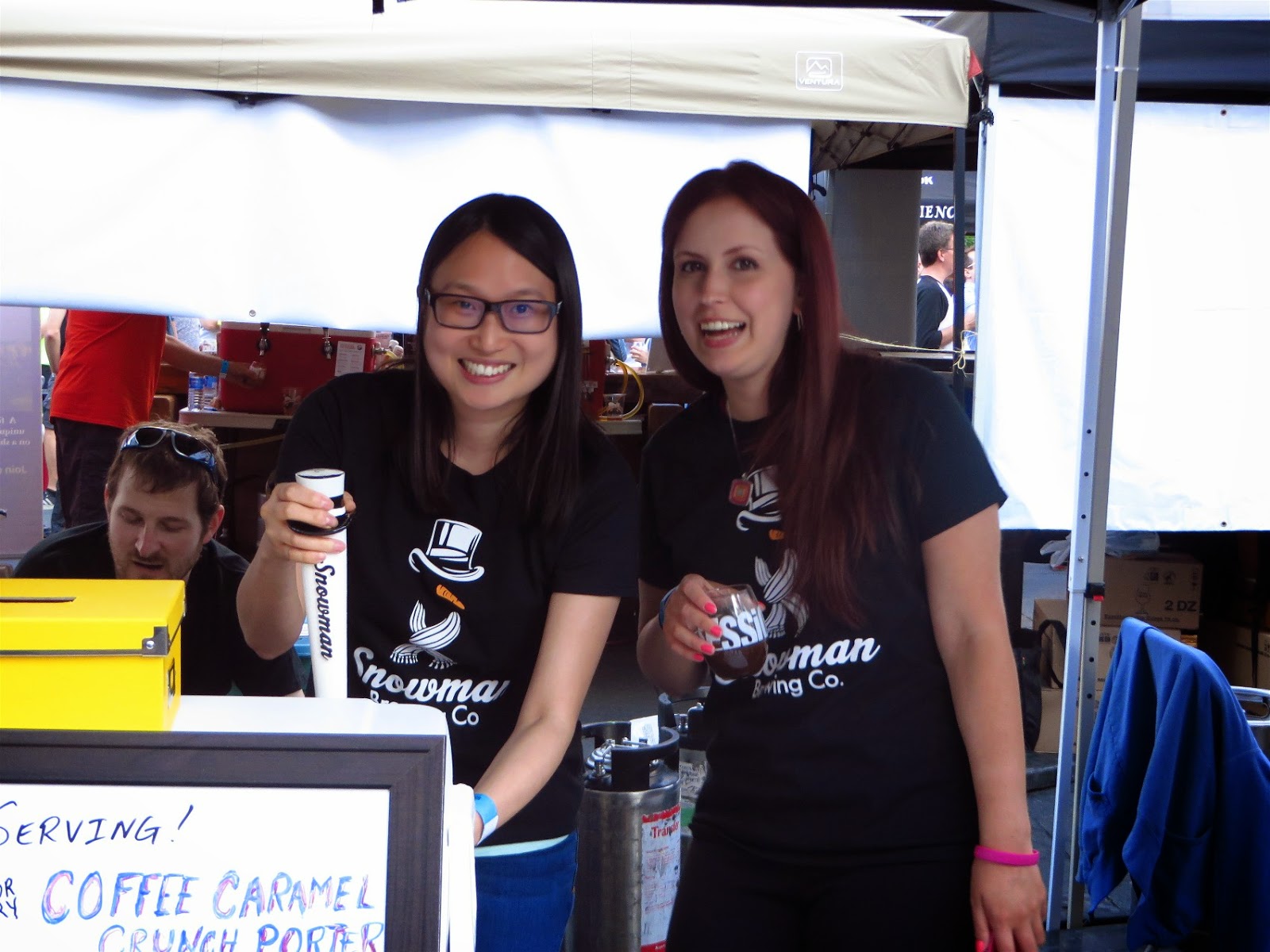 The nice thing about three ounce pours, you get to try a lot of beer. I was using two tickets, though, to get six ounce pours. At Spearhead, I had a Collaboration Sam Roberts Session Ale. It was OK. Spearheads Hawiian Style Pale Ale is one of my very favorite beers, though. 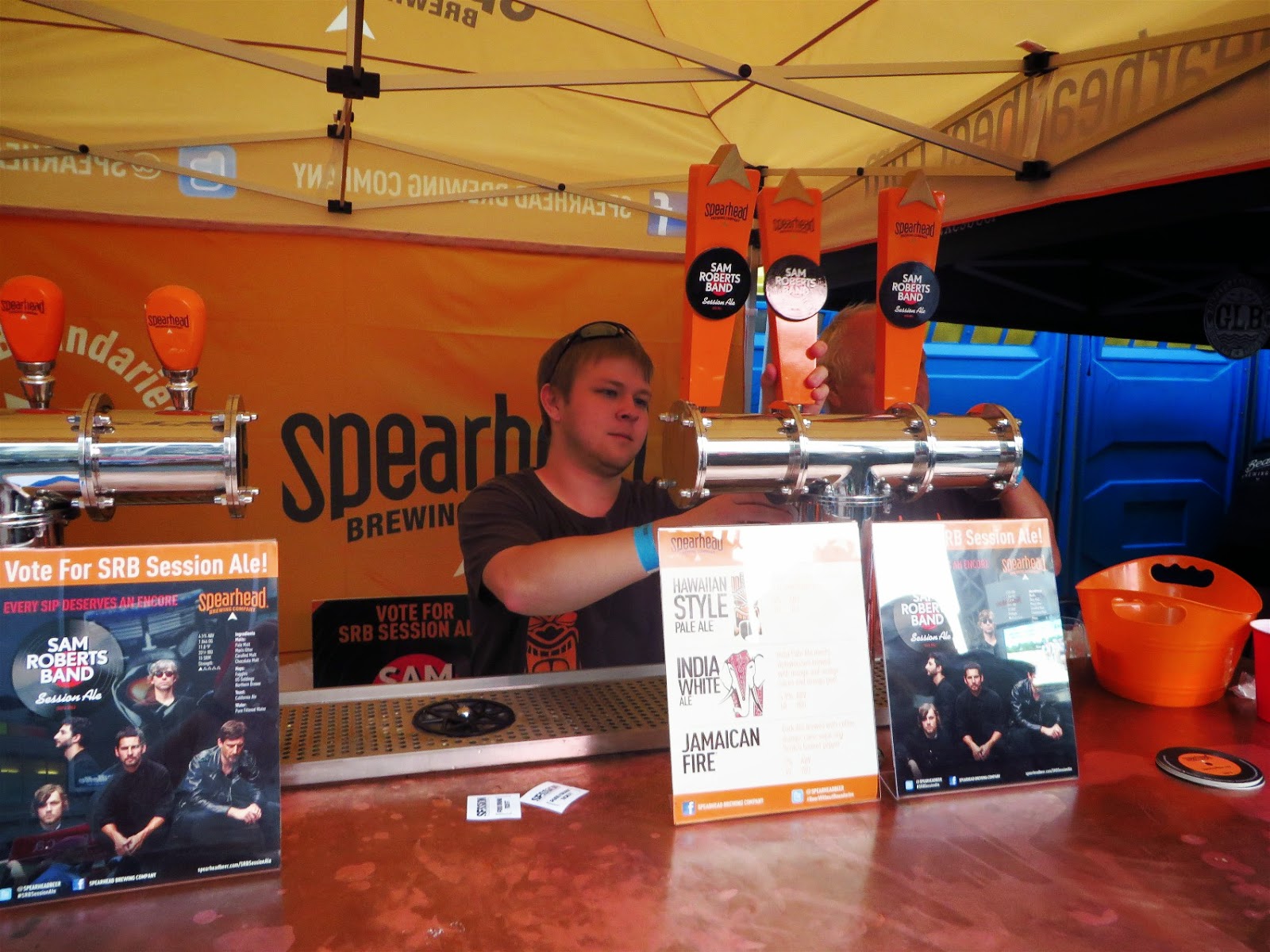 Here I am having a great Red Racer IPA from Central City Brewing, from BC, likely the only non-Ontario beer Beer today. 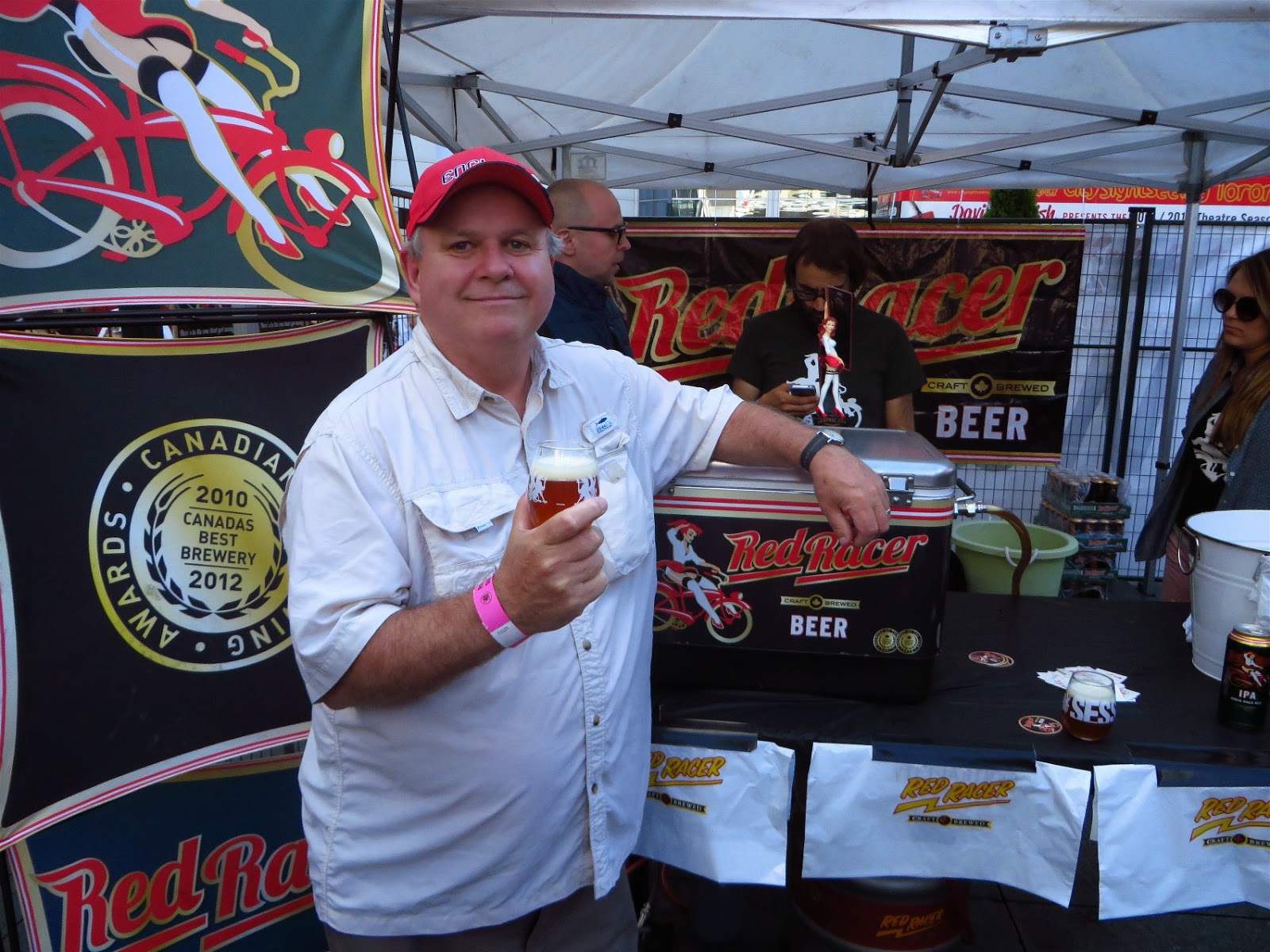 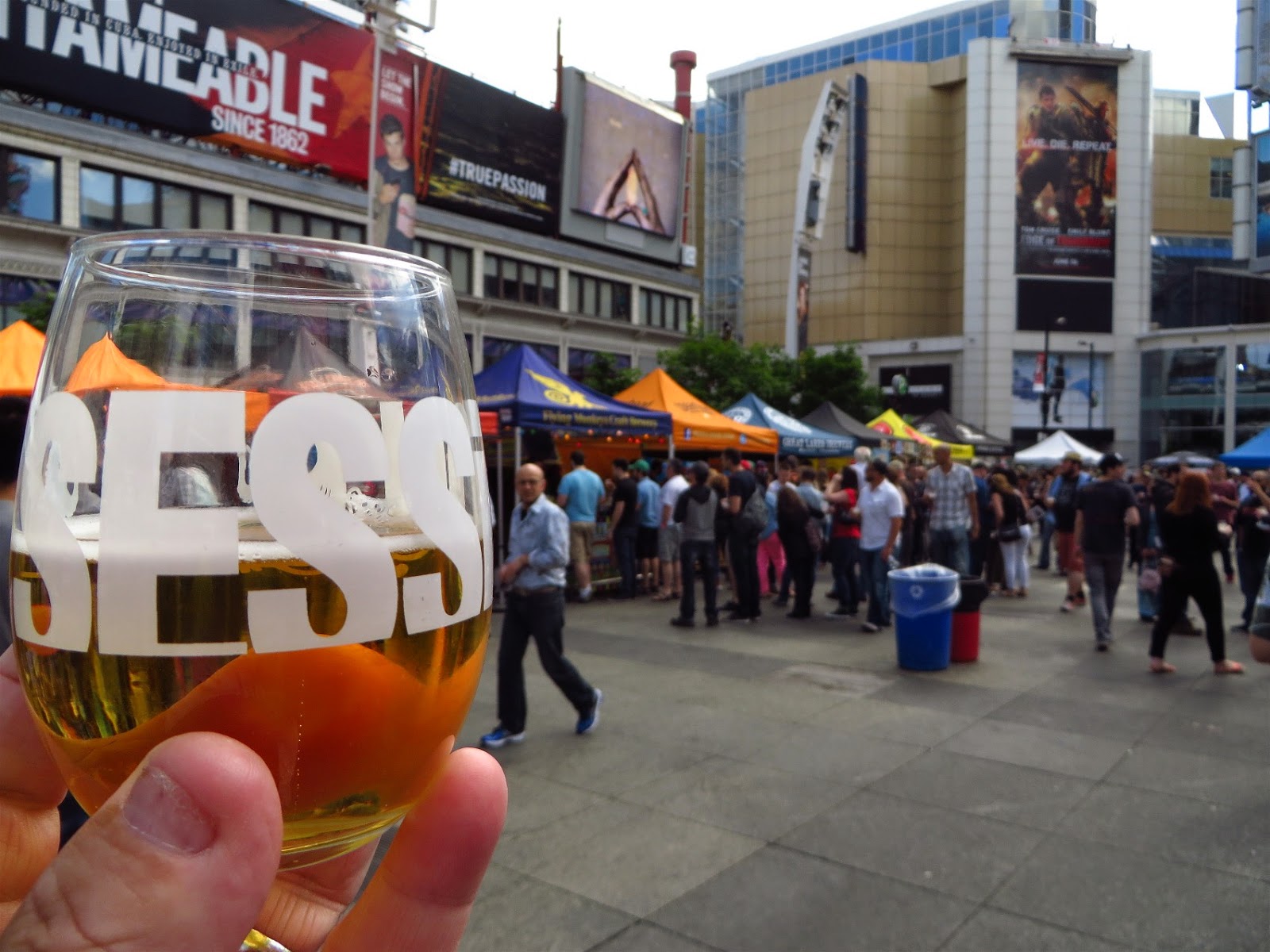