Miller Anchors Rock for a Big Win Over Wings 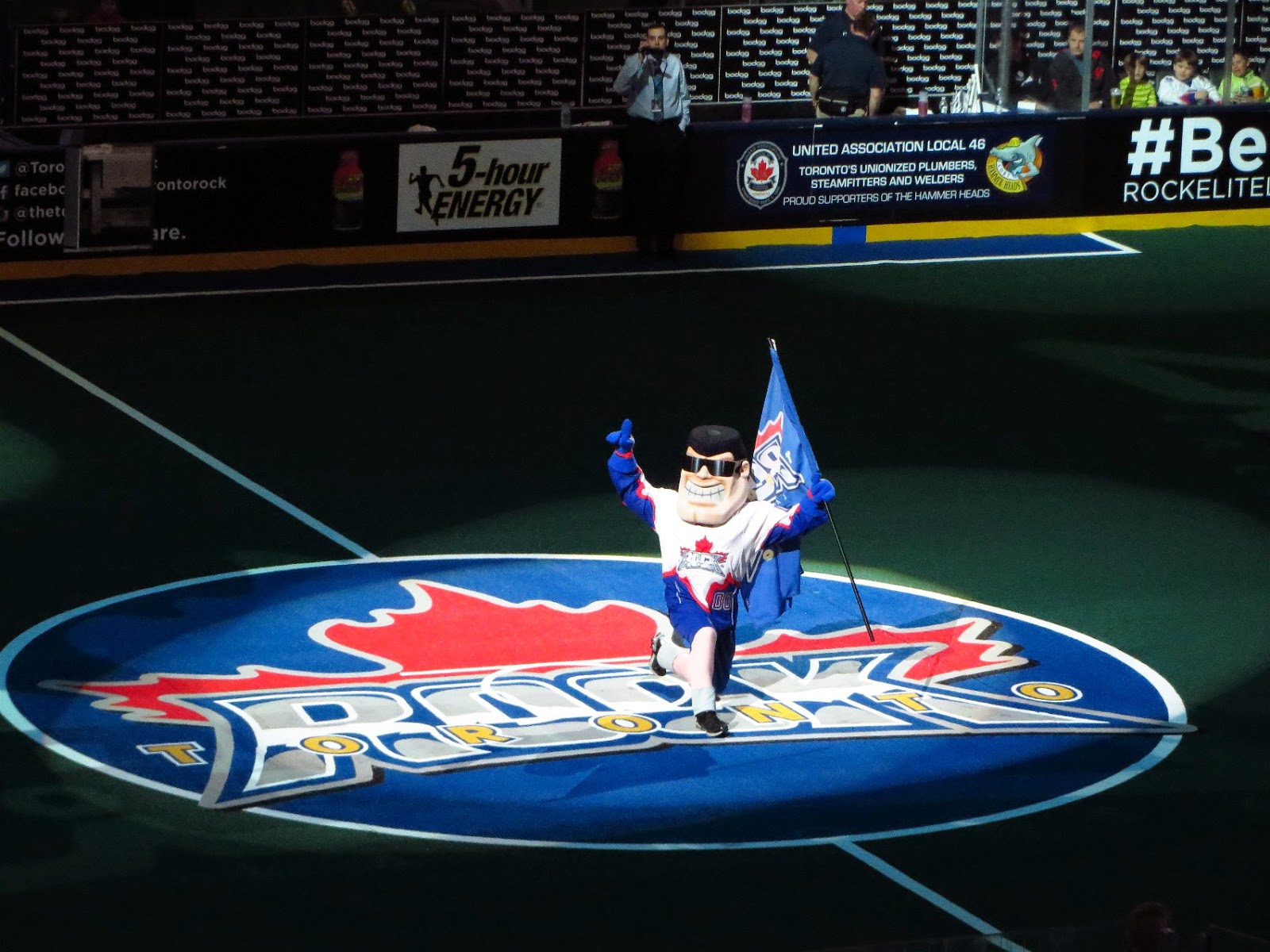 Tonight the Toronto Rock took on the Philadelphia Wings in their second last home game of the season and Teena and I were there.

A win would clinch a playoff spot for the Rock. 10,662 fans turned up to cheer them on and the did so loudly from the opening face off till the end of the game. 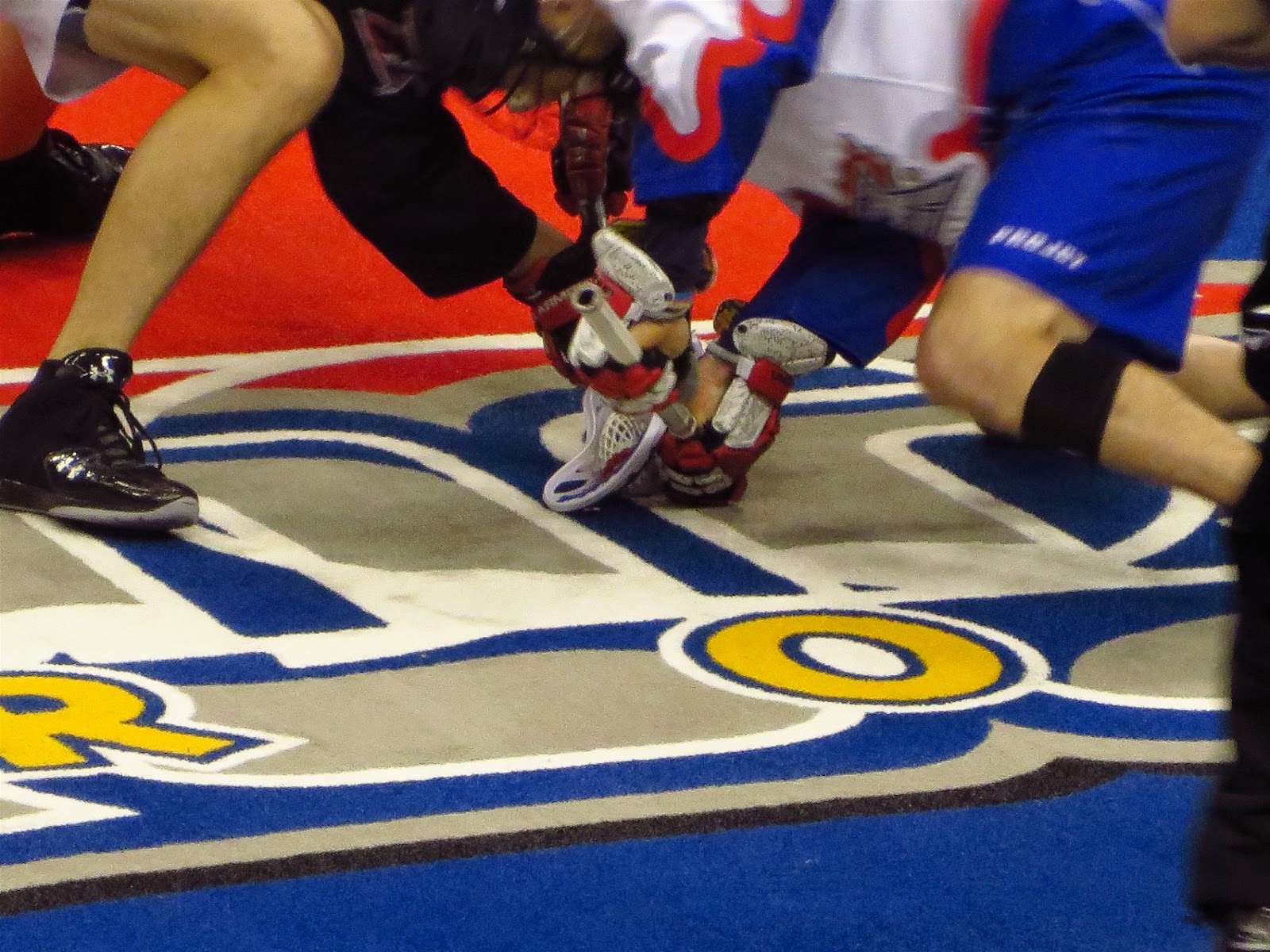 Brandon Miller, who came from Philadelphia in a trade a few weeks ago, started in goal for the Rock and, sorry for this, but he was Rock solid, especially when needed in the second half. 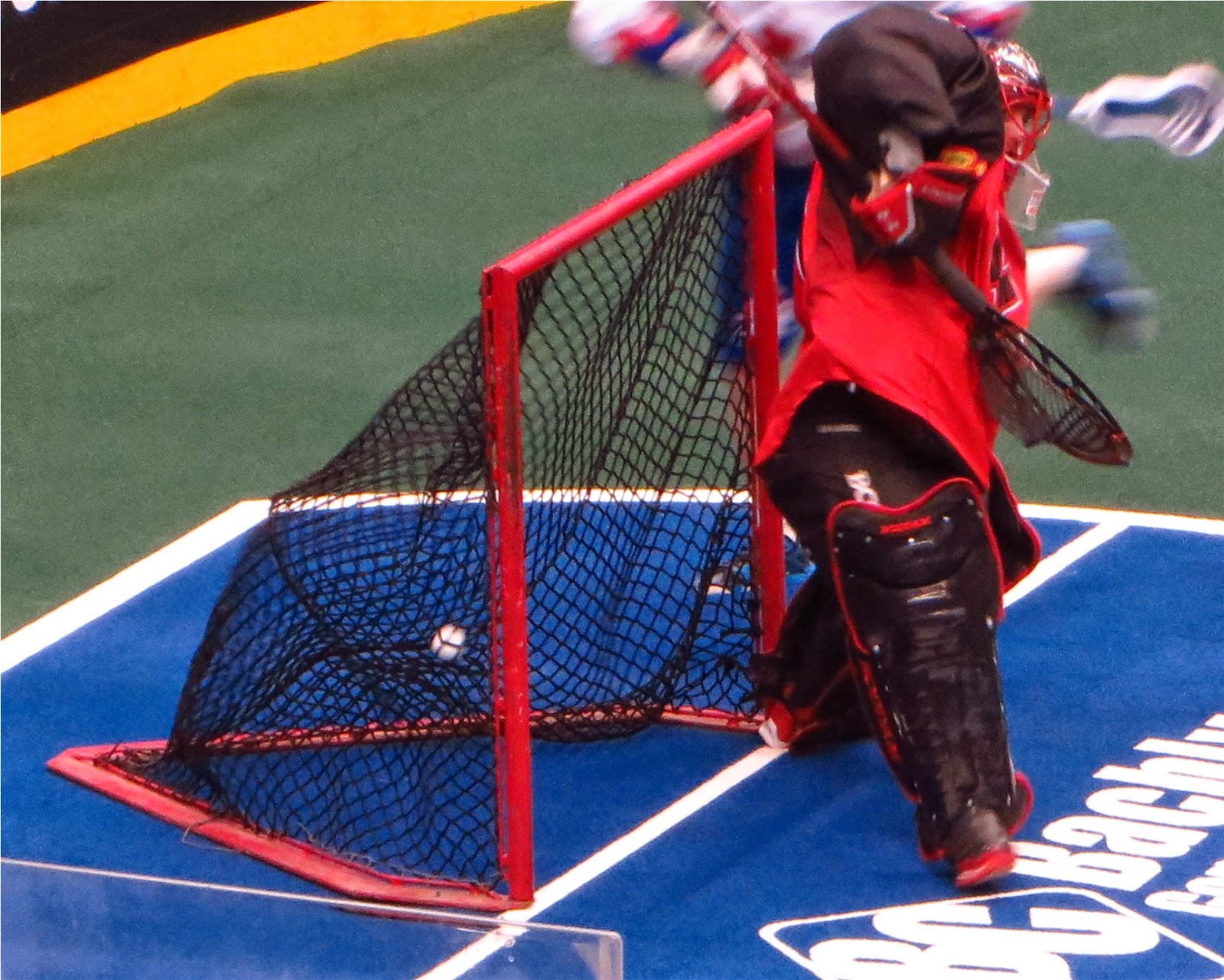 In the second quarter, Philadelphia scored first to take a two goal lead before Toronto scored three in a row of their own. 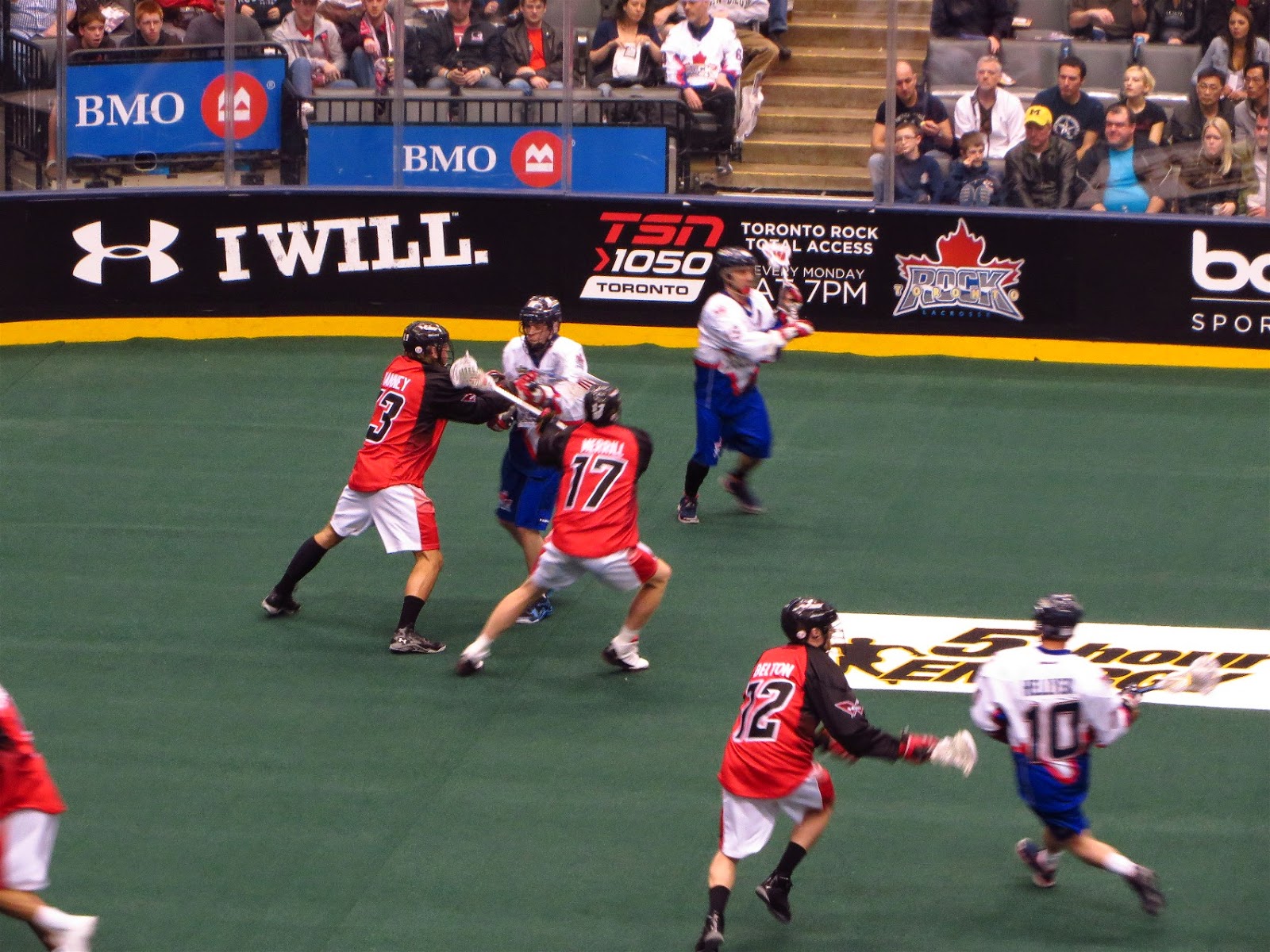 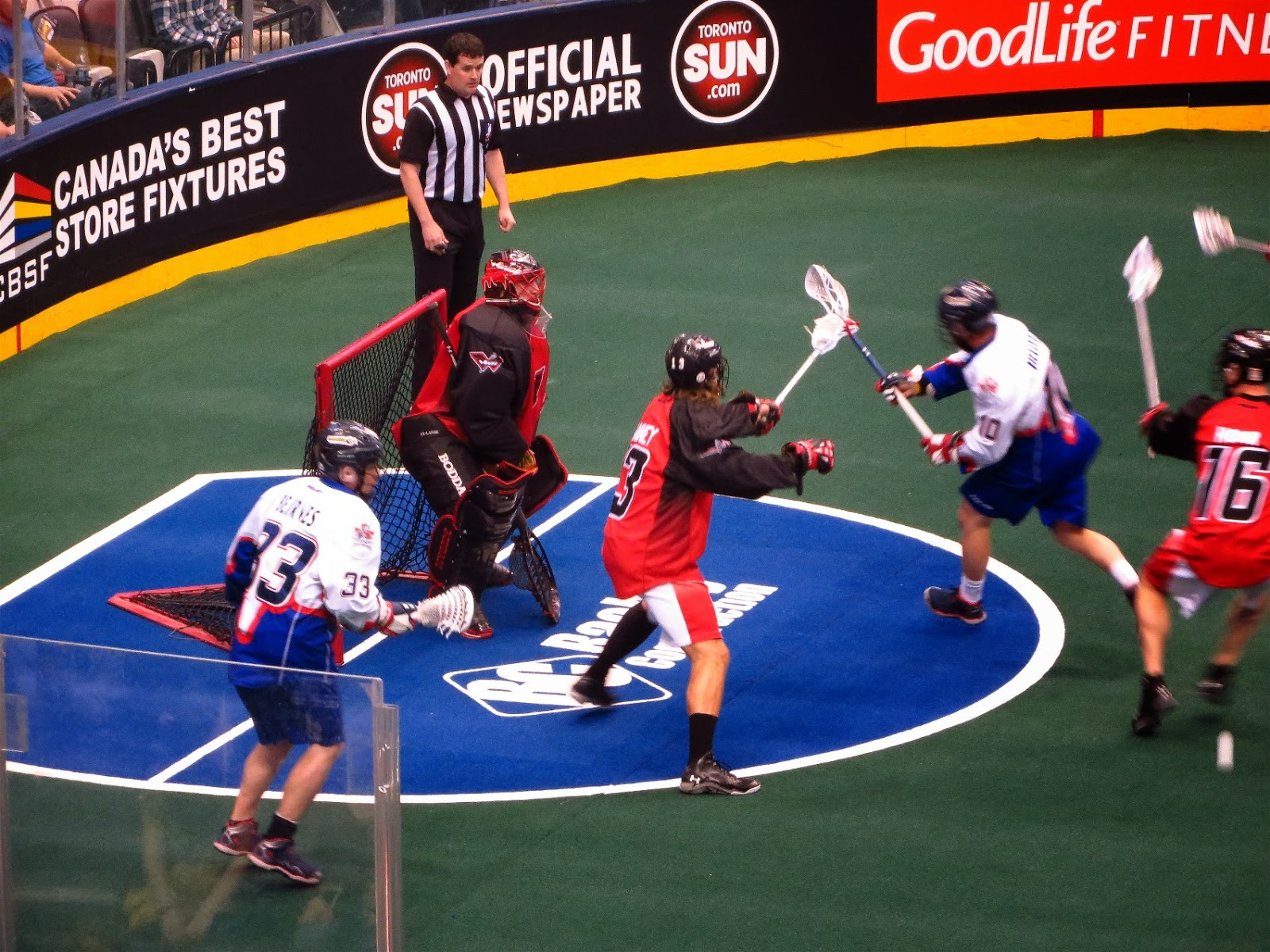 The Rock cheerleaders were absent during the first quarter but came out for the second. 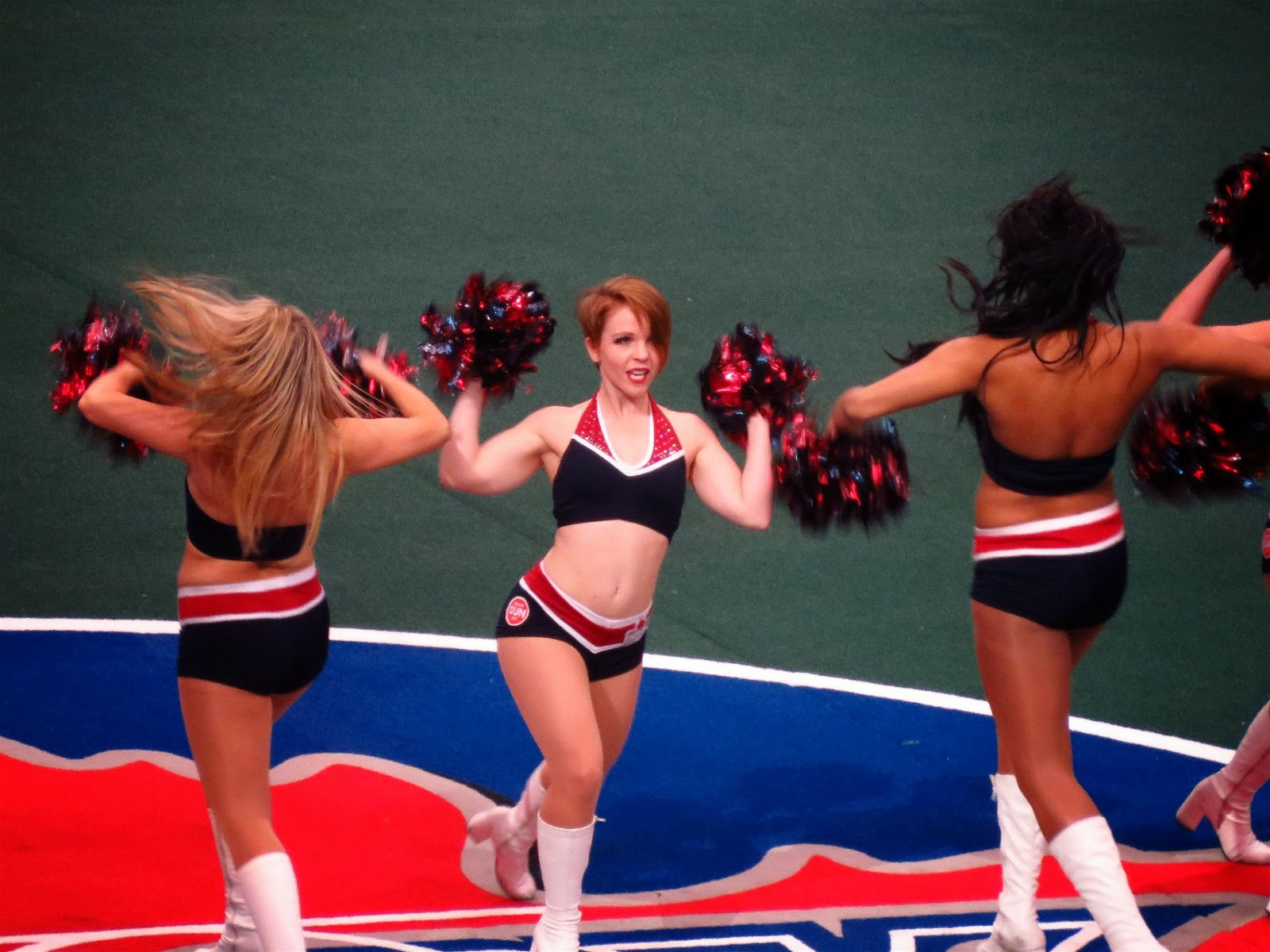 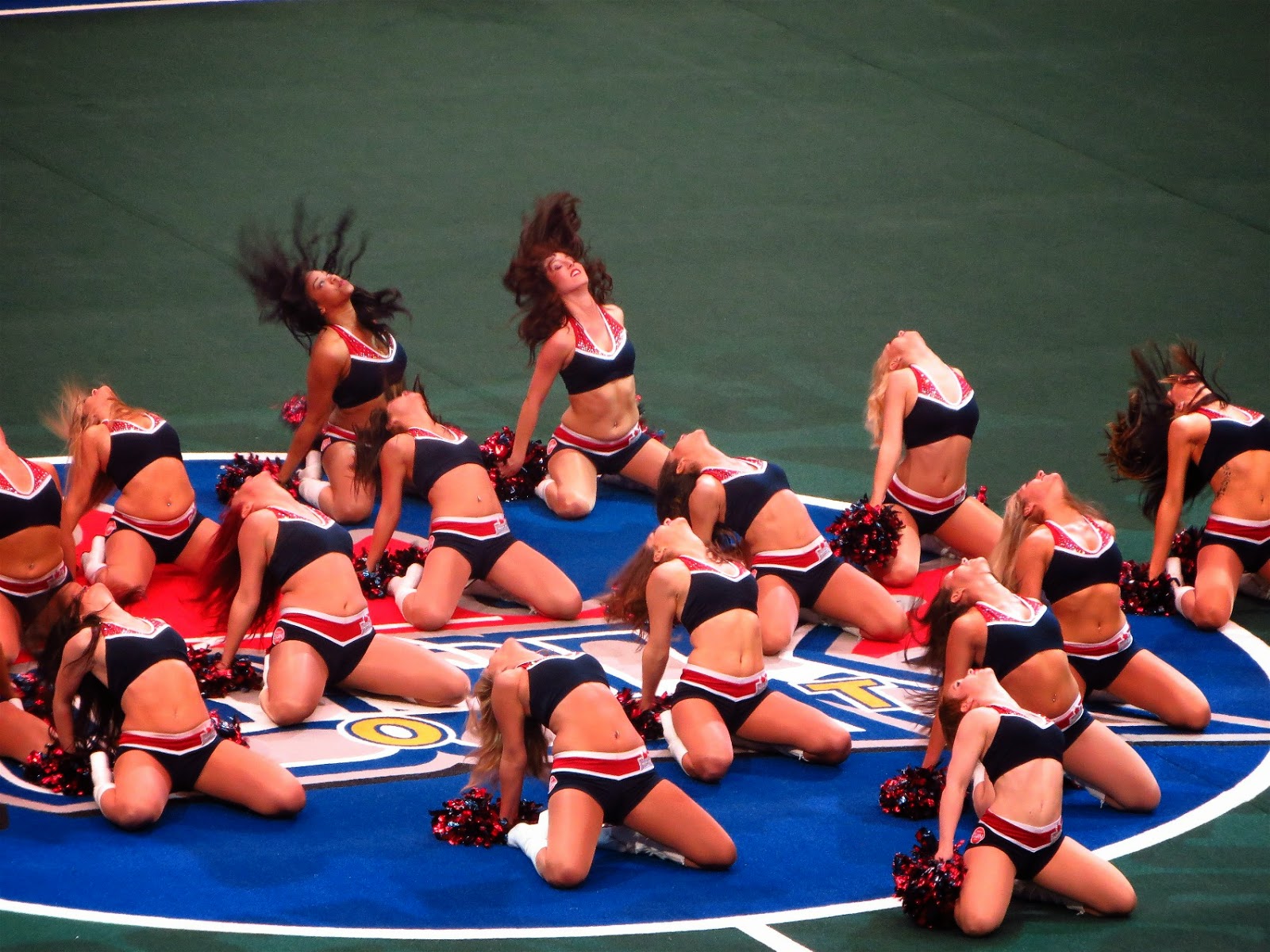 With score tied seven all, the Wings scored but the goal was nullified due to them having a player in the crease. The Wings challenged the call but lost the challenge. The Wing player was clearly in the crease. 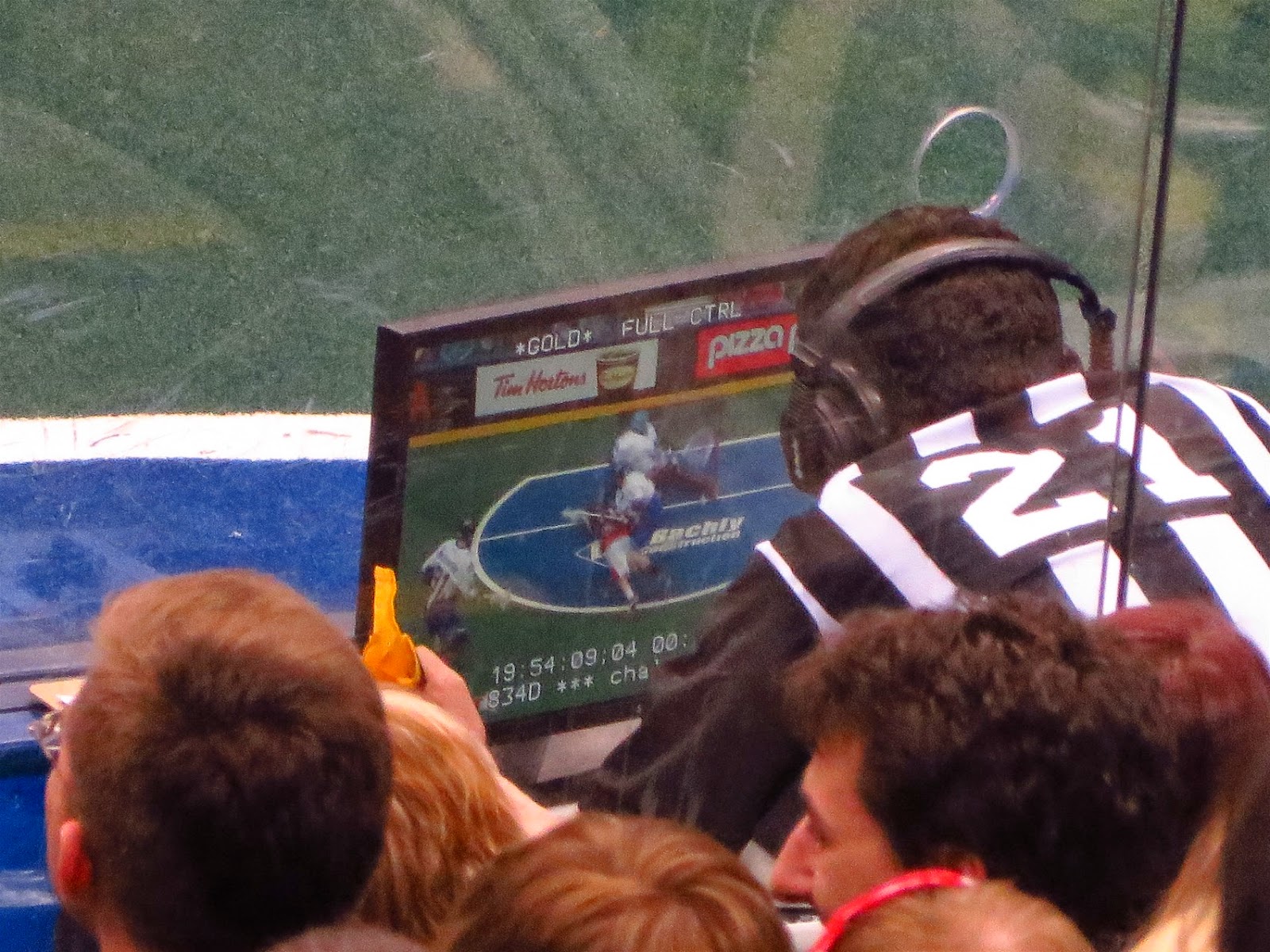 The half ended in a seven all tie and a discussion before leaving the playing surface. 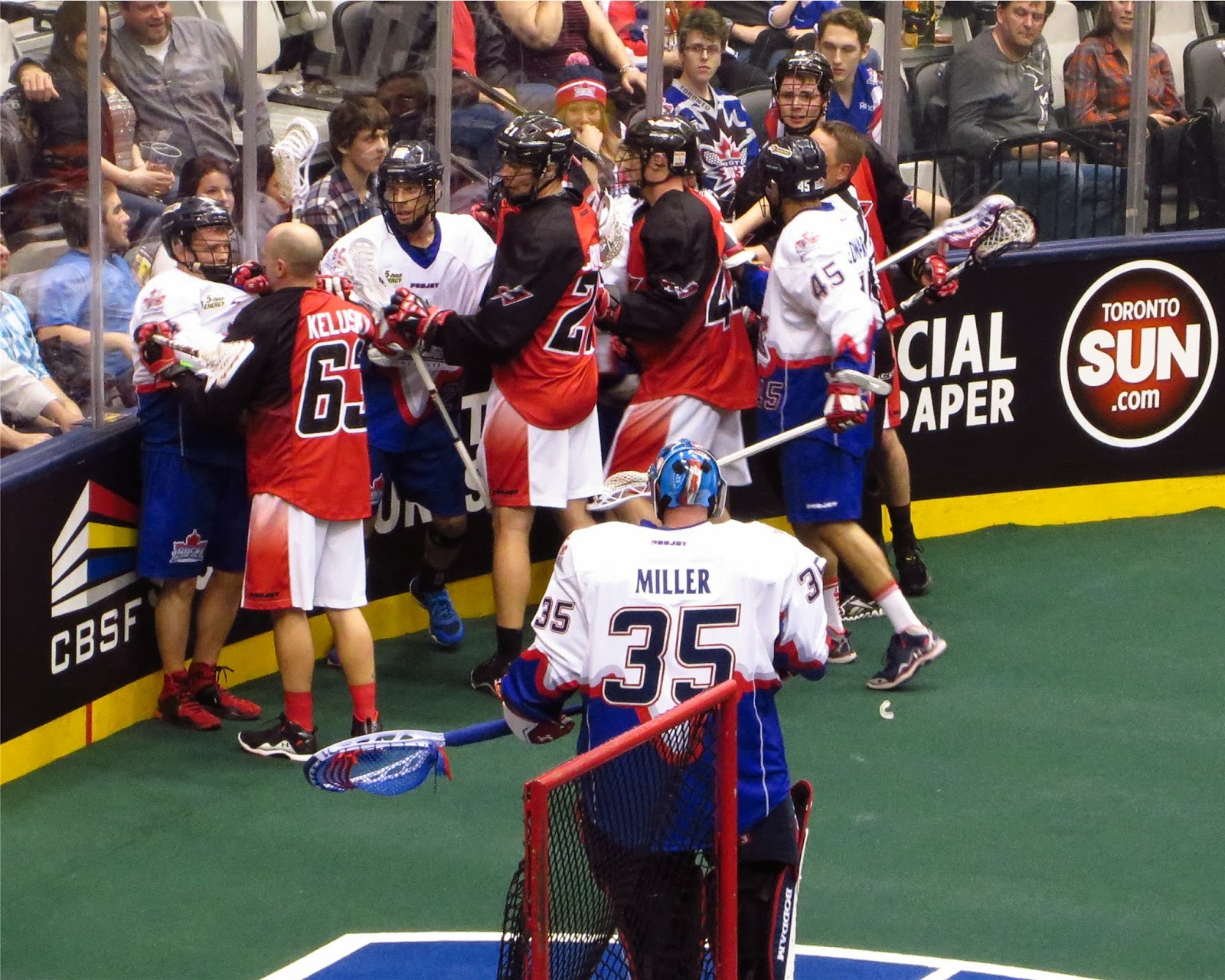 Today there was a Mini Miss Cheerleader Camp put on by the Toronto Rock Cheerleaders.They all came at to perform at the half. 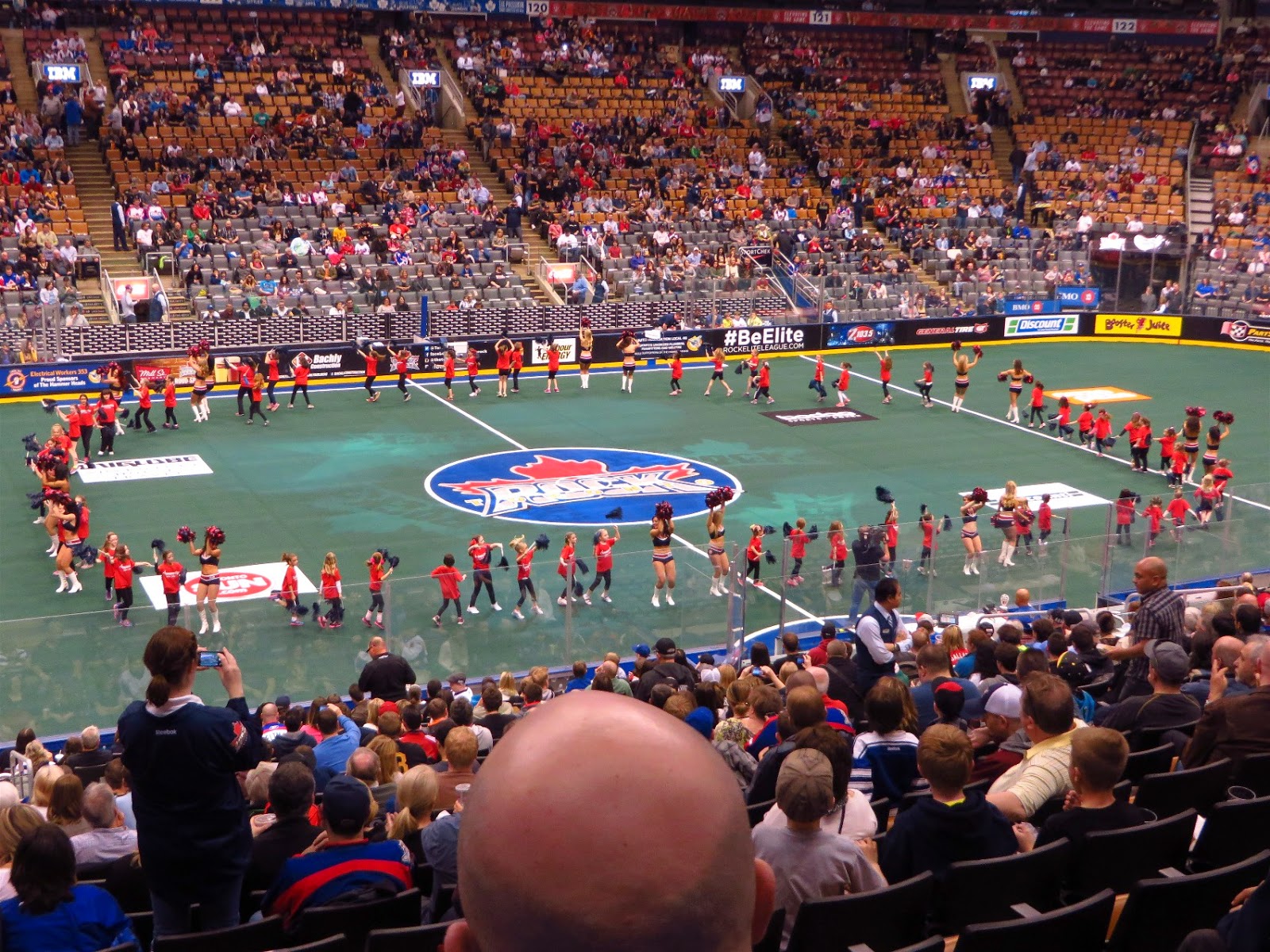 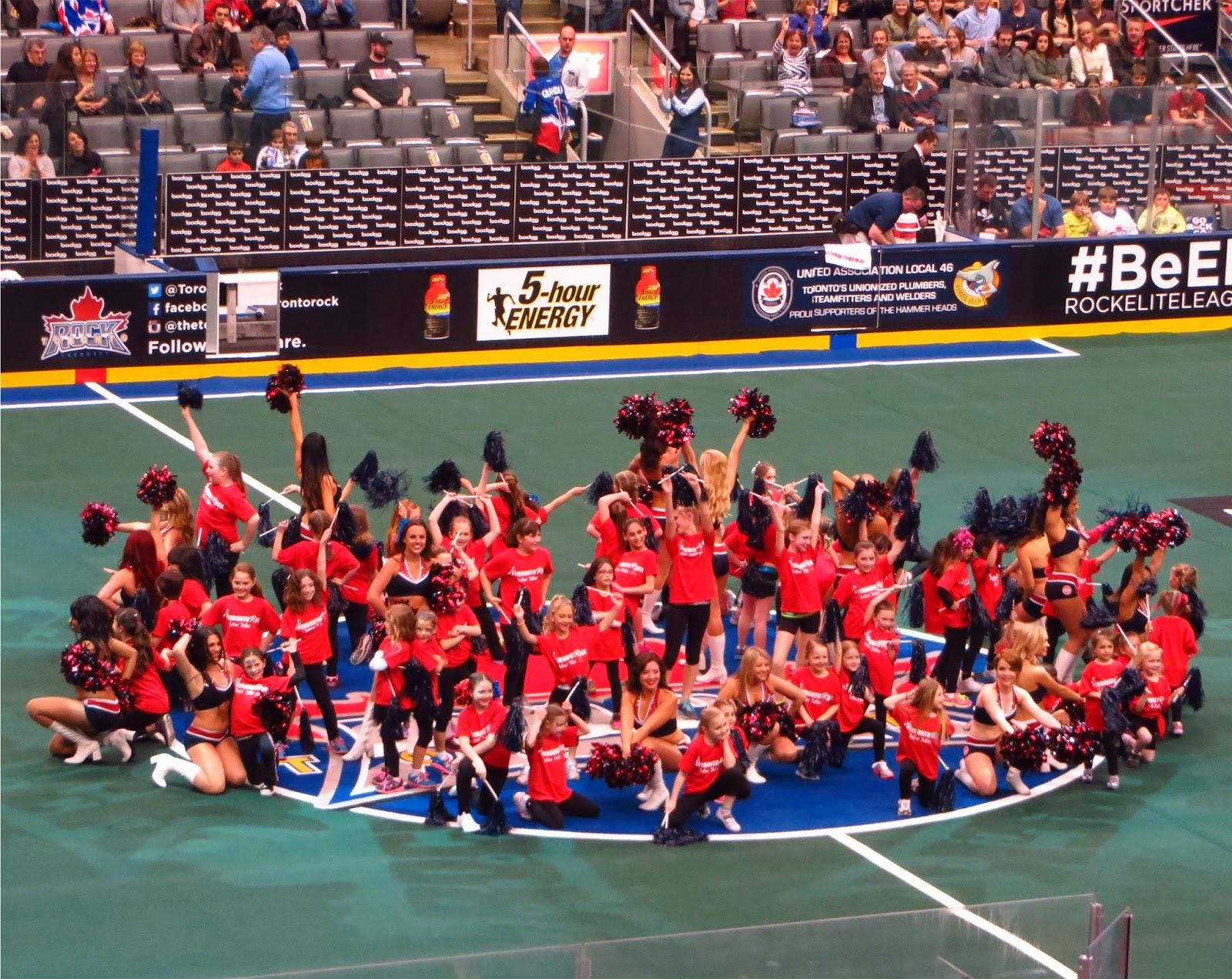 Then it was time to get back to business, especially for Crowley, the Wings' goaltender and our own Brandon Miller. Low scoring quarters are very unusual in lacrosse and the third quarter saw just two goals being scored, one for each team. With a quarter left, the game was tied at eight. 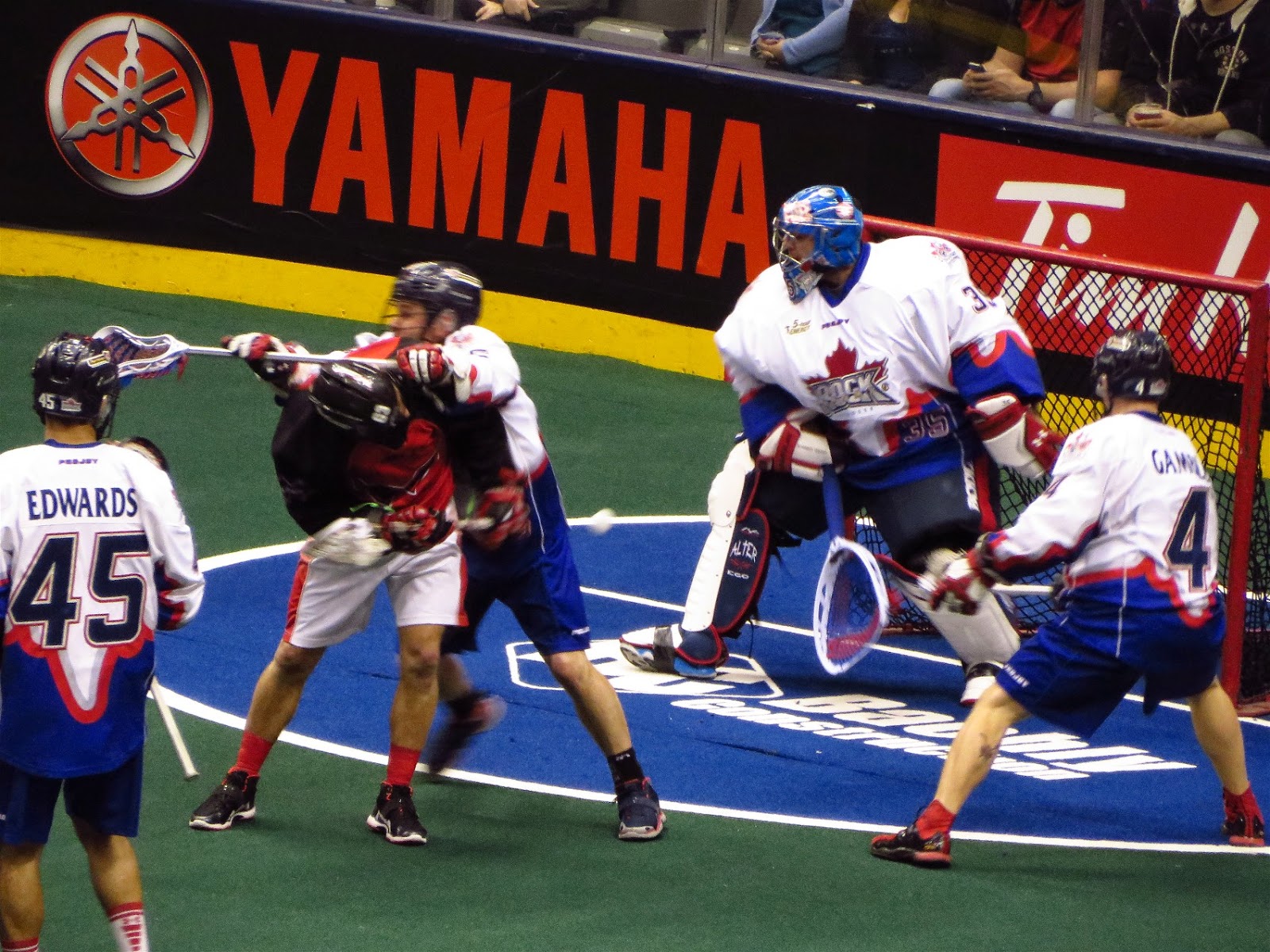 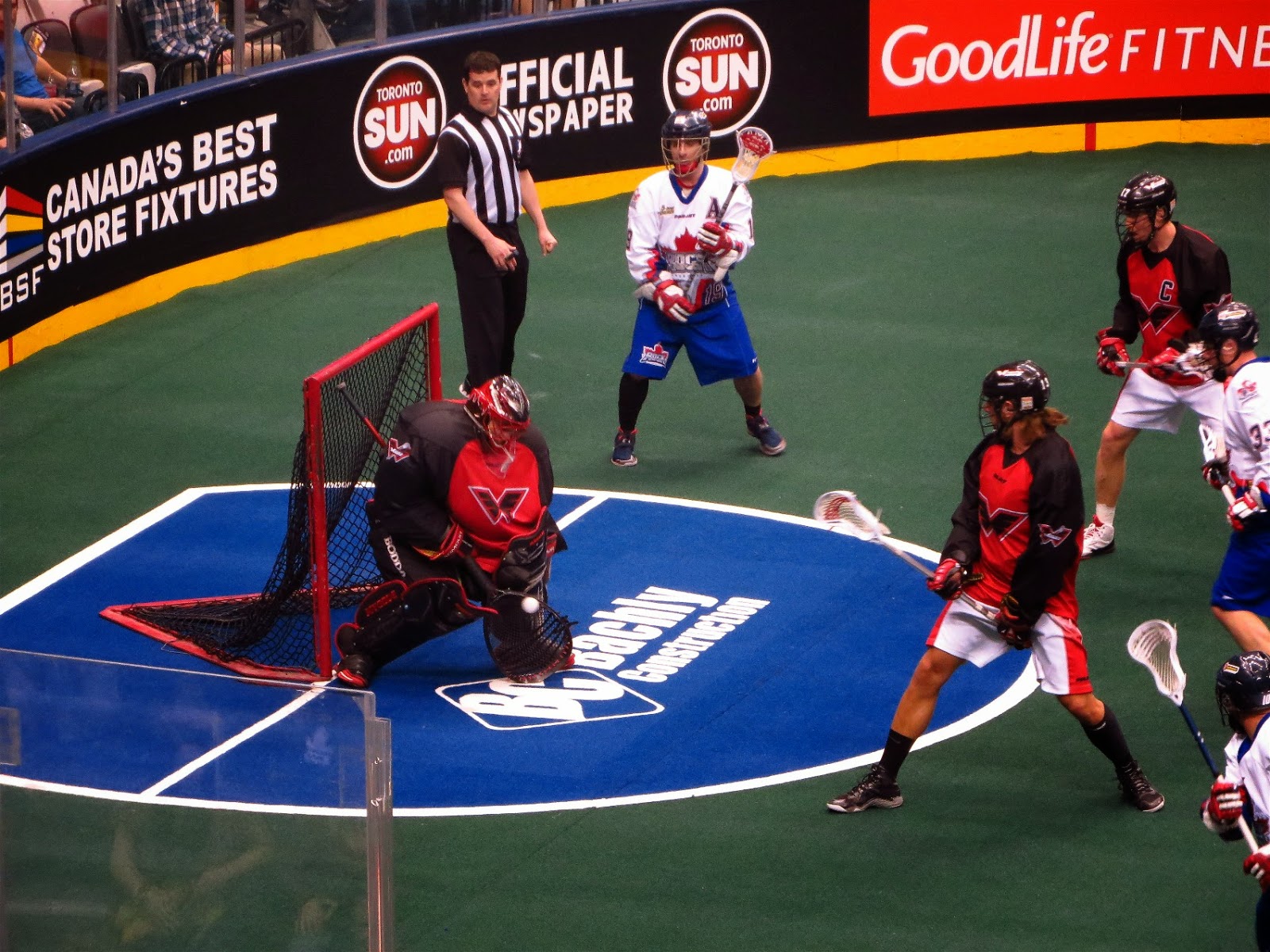 Time for the Rock cheerleaders! 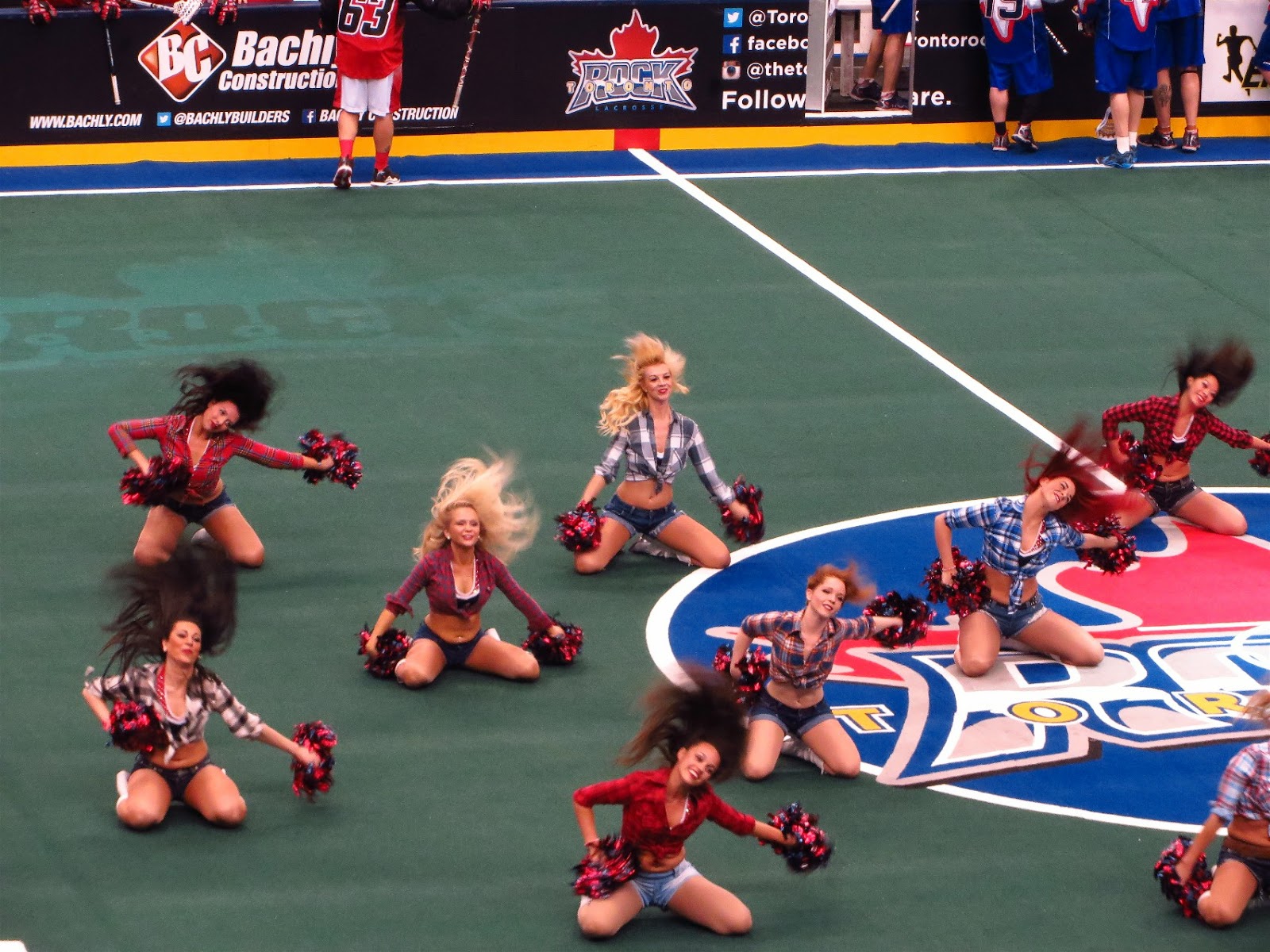 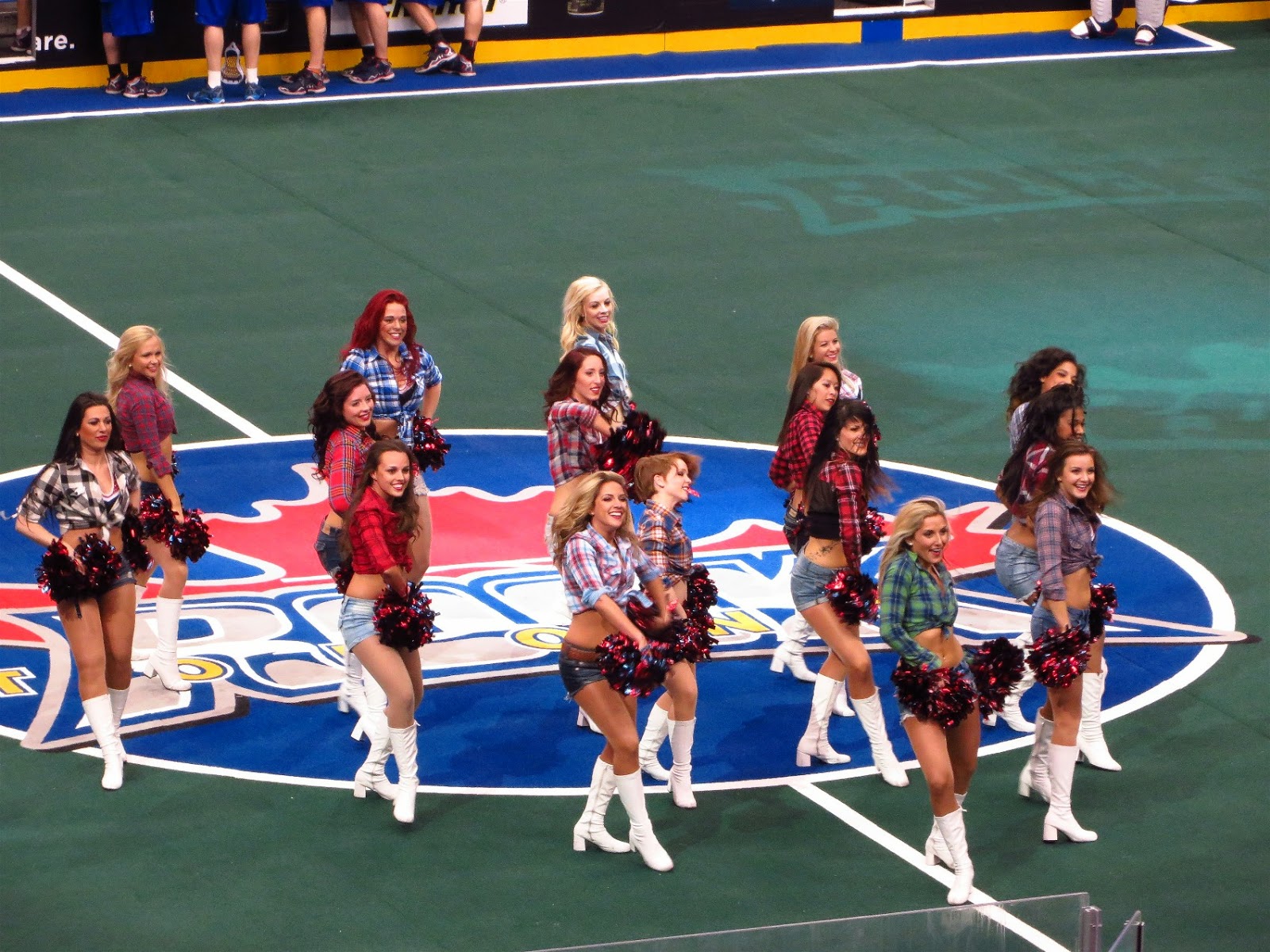 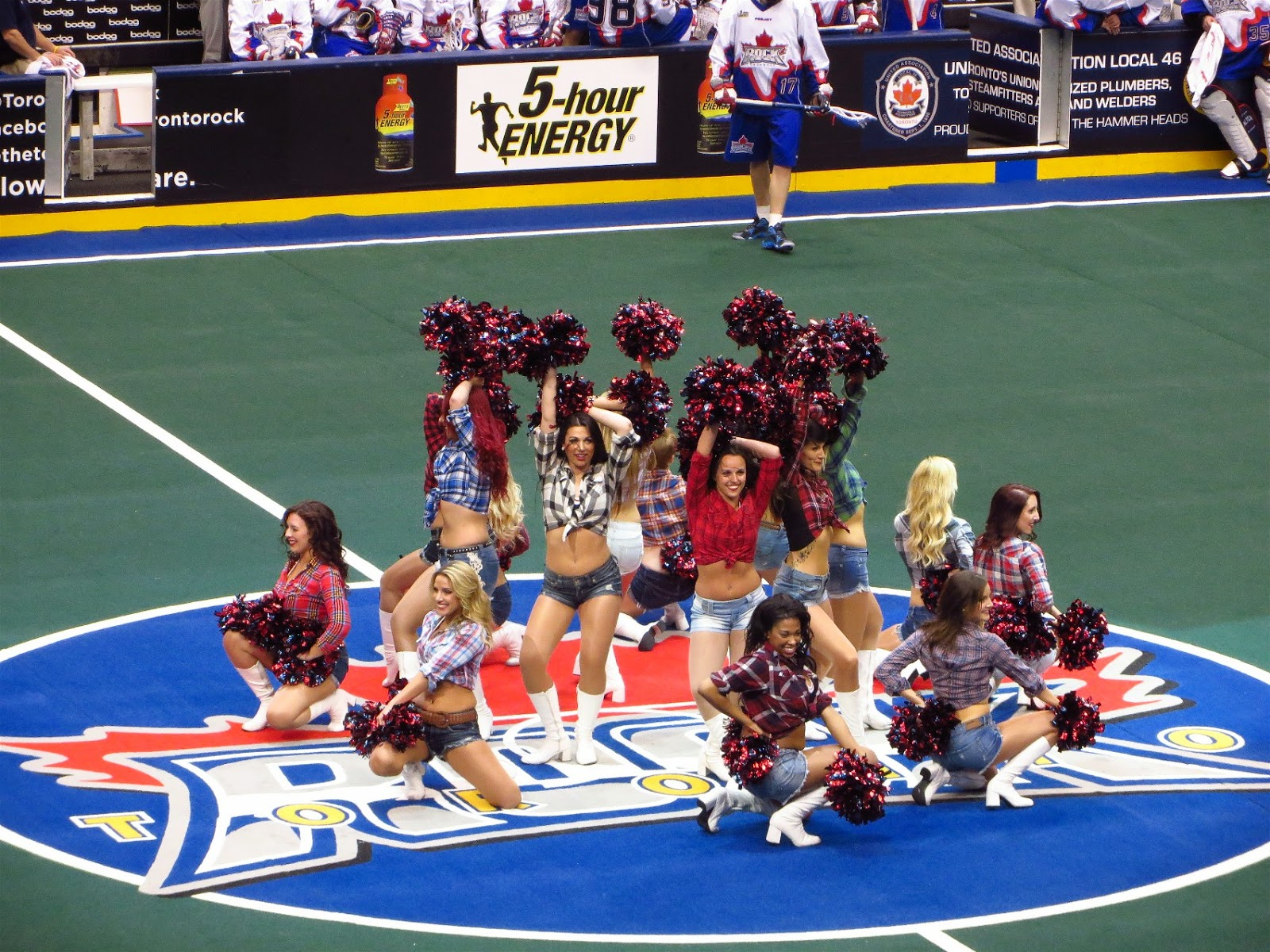 Toronto took a two goal lead early in the quarter and Miller was absolutely sensational in shutting down the Wings, who couldn't put in a goal till there was just 2:11 left in the game.

Look at the tension in this fans face! 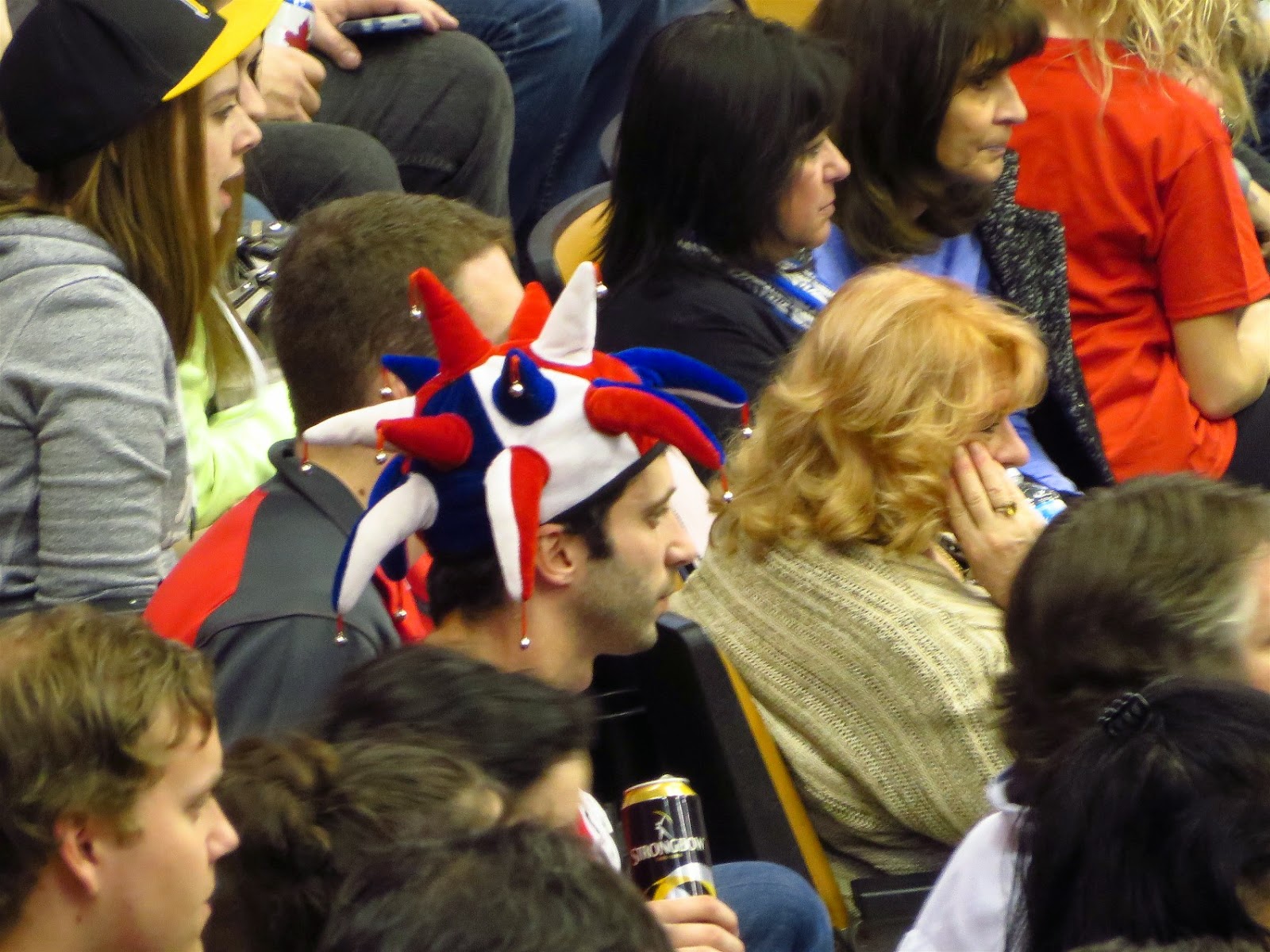 The Rock held on with Miller making two sensational saves, one with just a second to go on the clock for the win! 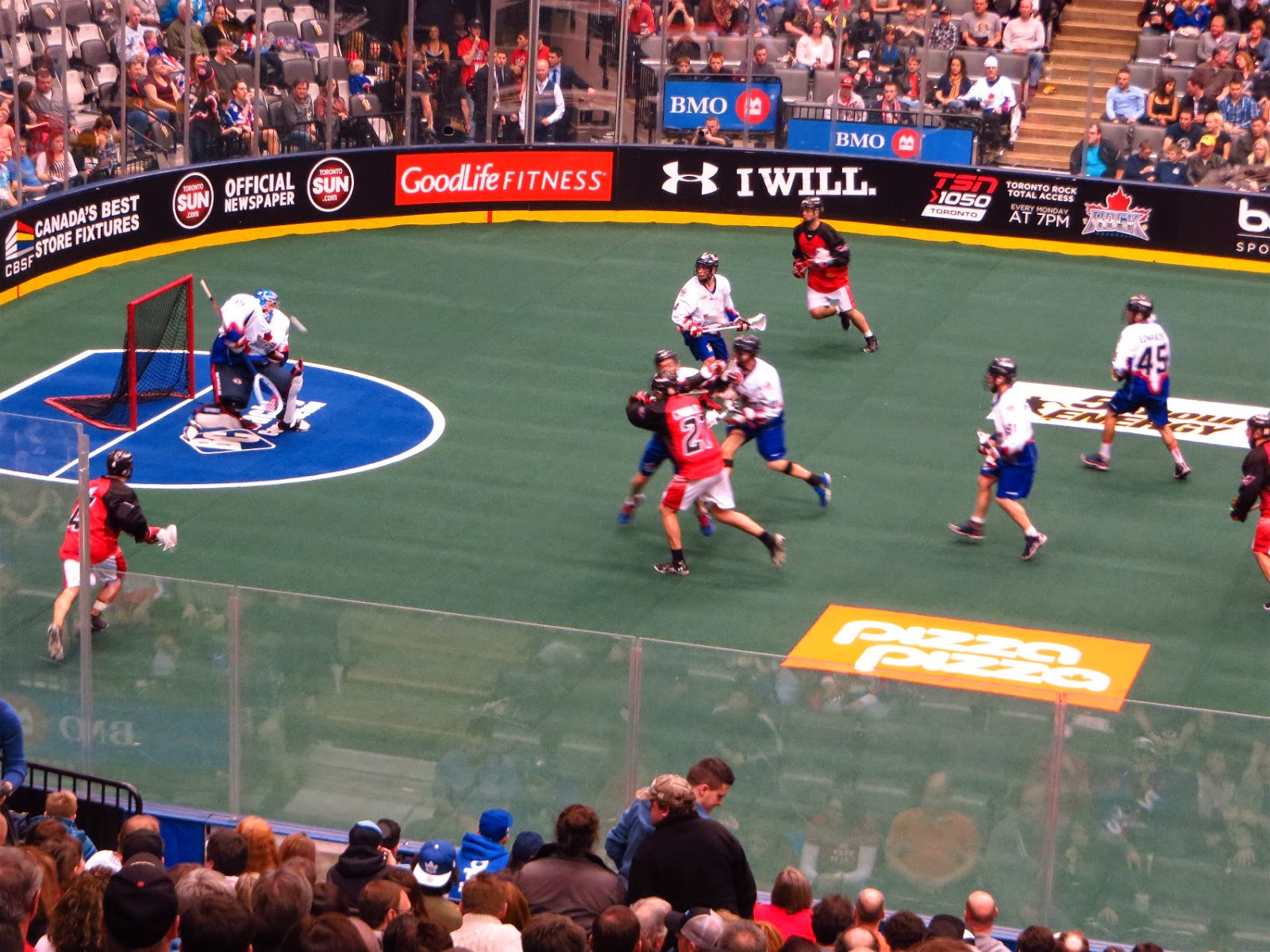 With the win, the Rock have clinched a playoff spot. 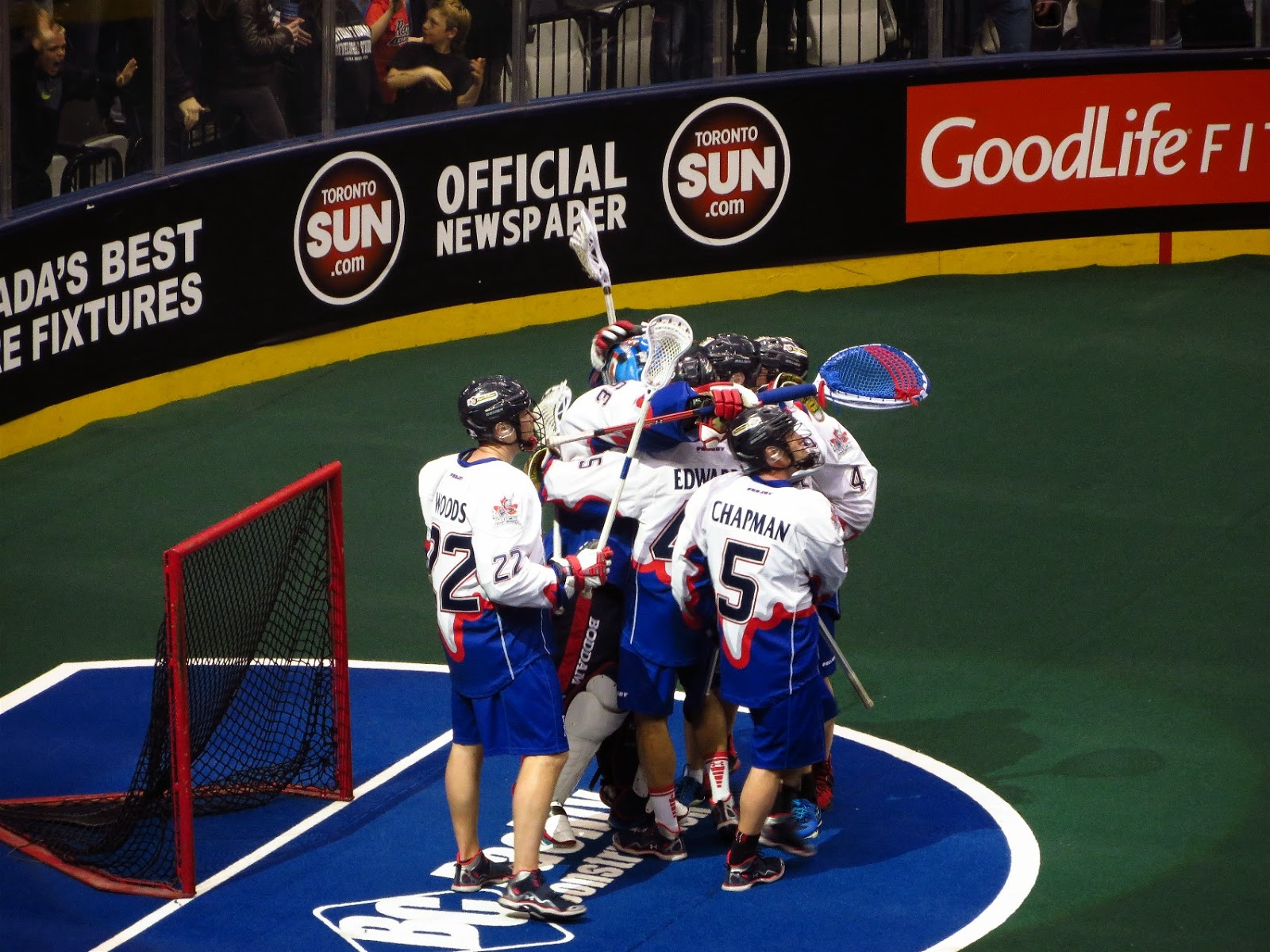 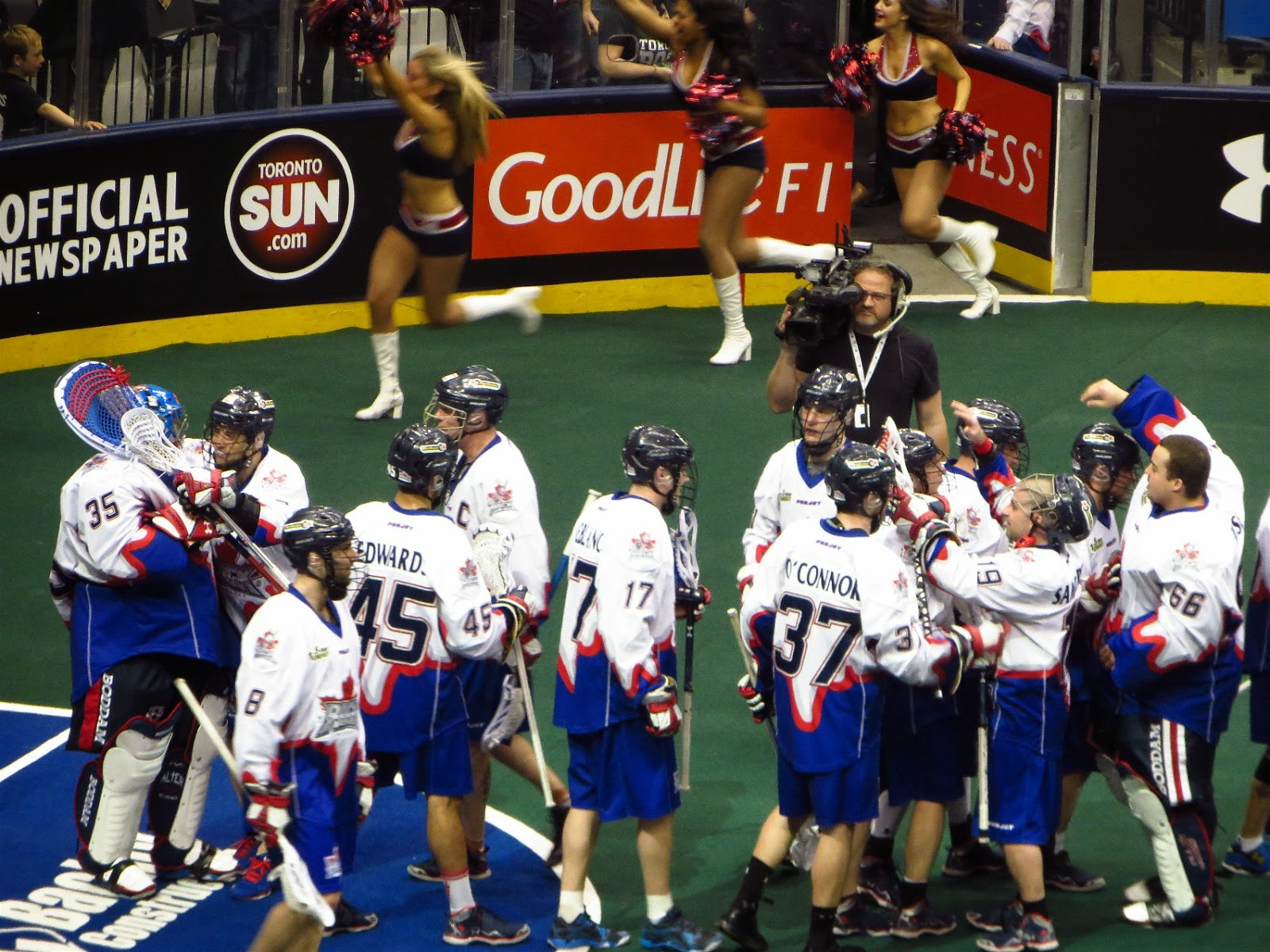 The news gets better too. The Buffalo Bandits lost their game against the Minnesota Swarm 10-9, so with two games left in the season and a game against Buffalo next week-end it is still possible for the Rock to get second place in the division and a home game for the first round of the playoffs. With Brandon Miller in net, this is a definite possibility!

Here is Miller in a post game interview. I am so looking forward to next Fridays game against the Bandits! 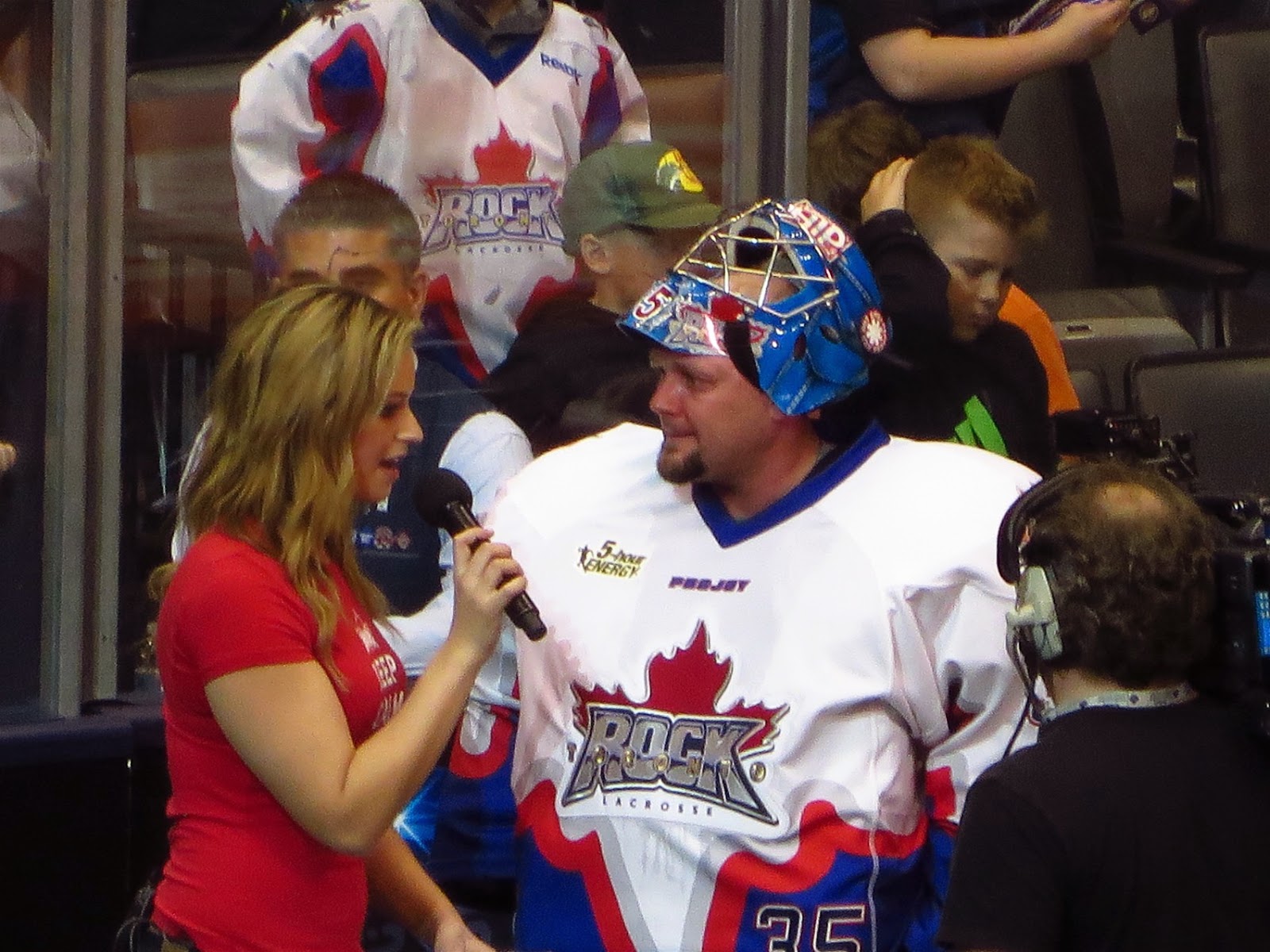