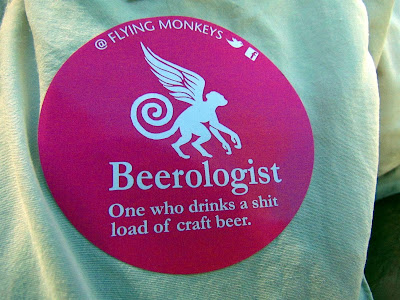 Today was the fifth annual Sessions Muskoka Craft Beer Festival (formerly the Muskoka Beer Festival), which has been held each year in Annie Williams Park in Bracebridge.

This was the first time Teena and I have attended this festival and I am glad we did. 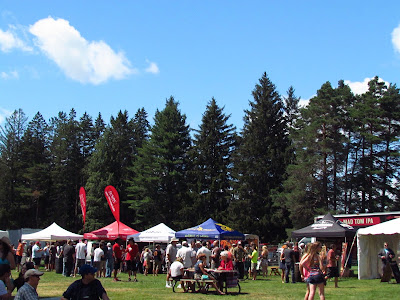 Annie Williams Park sits on the Muskoka River and is a beautiful setting for the festival. Although there were around 1,200 at the festival, the area is spacious enough we never felt crowded. It was a gorgeous day, sunny, no humidity and a bit of a breeze. 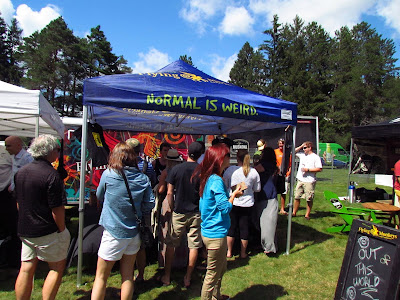 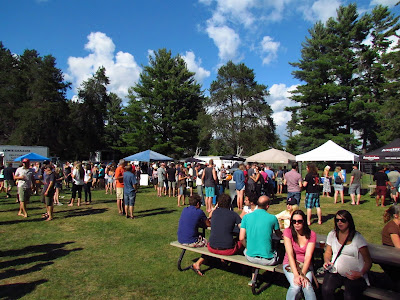 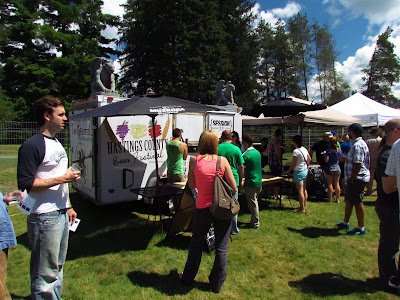 The beer was good as usual. I had a few Summer Saisons from Black Oak Brewery. 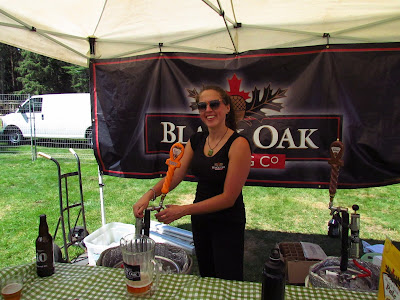 I had a Happy Summer at the Muskoka Brewery Booth ... 1/3 Mad Tom IPA and 2/3 Summer Weiss. I returned again later for a Mad Tom. 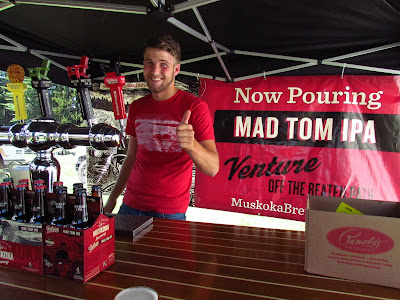 As always, Spearhead Brewery's Hawaiian Style Pale Ale was delicious and refreshing on a warm day. 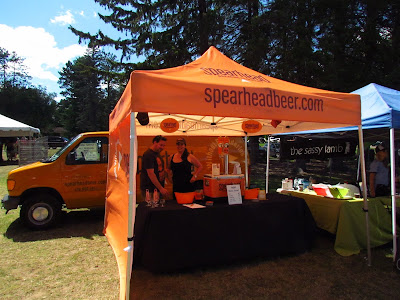 There was live entertainment. In the tent, brew masters gave talks and there were two or three comics on hand to give short performances. We saw the first comic. He wasn't very good so we never returned for the others. Besides, it was too nice to be stuck in a tent. 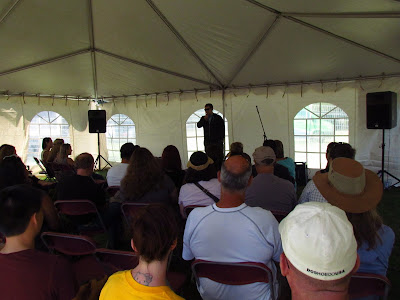 The best part was the music. The bandshell was at the bottom of a hill with lots of room to relax, have a beer and enjoy the tunes. 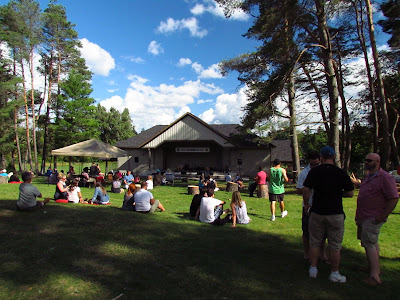 The music was by one group and two single acts under the heading Bearded Bands. They seemed to be more southern rock, southern blues, and maybe southern folk. I have no idea how to describe it.

The Sean Cotton Band played first and was my favorite, even though I caught only part of a set. 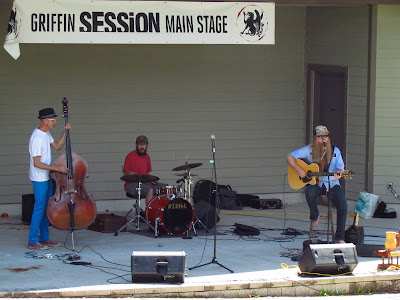 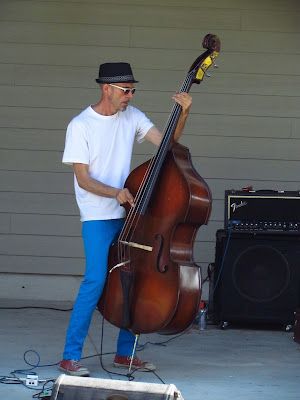 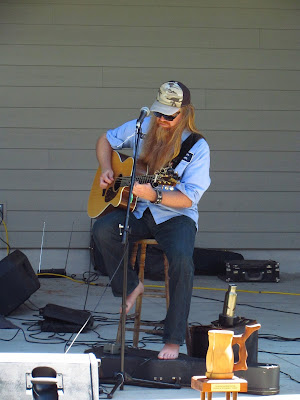 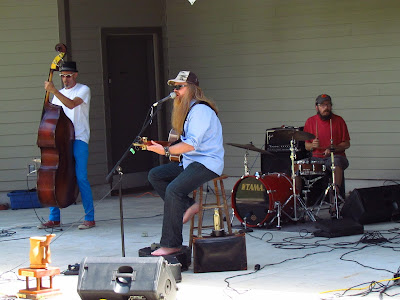 Next up was Dan Walsh whose first song was Beard. He was very entertaining. 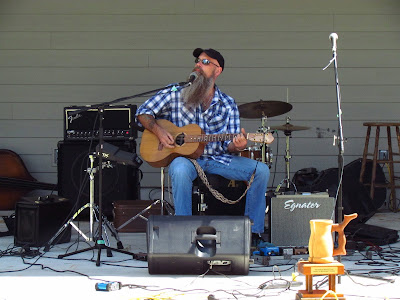 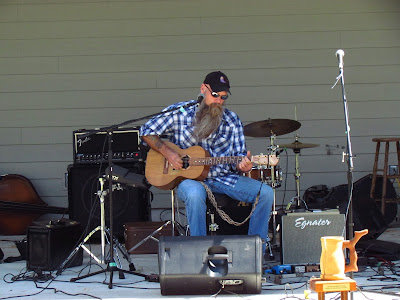 The final single act was Alfie Smith. He had an amazing voice and played a great guitar but I found he played too many slow tunes. 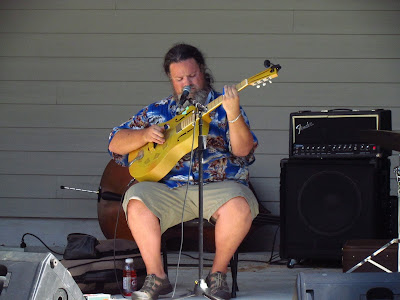 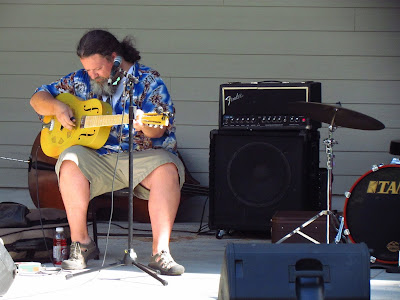 For the last 45 minutes, the three got together and jammed. It was fun! 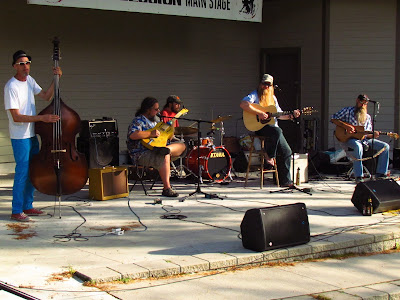 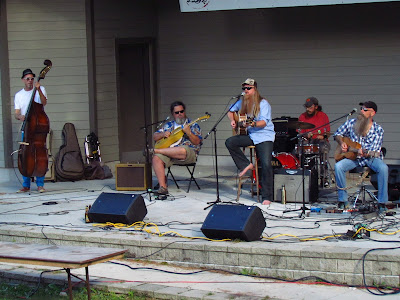 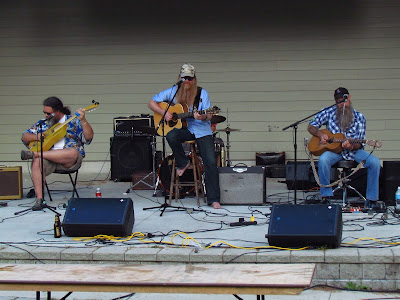 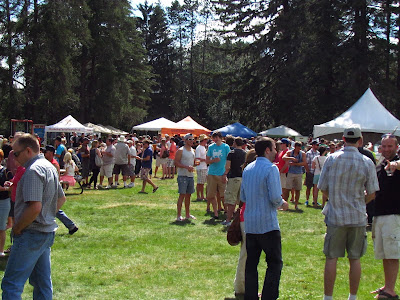