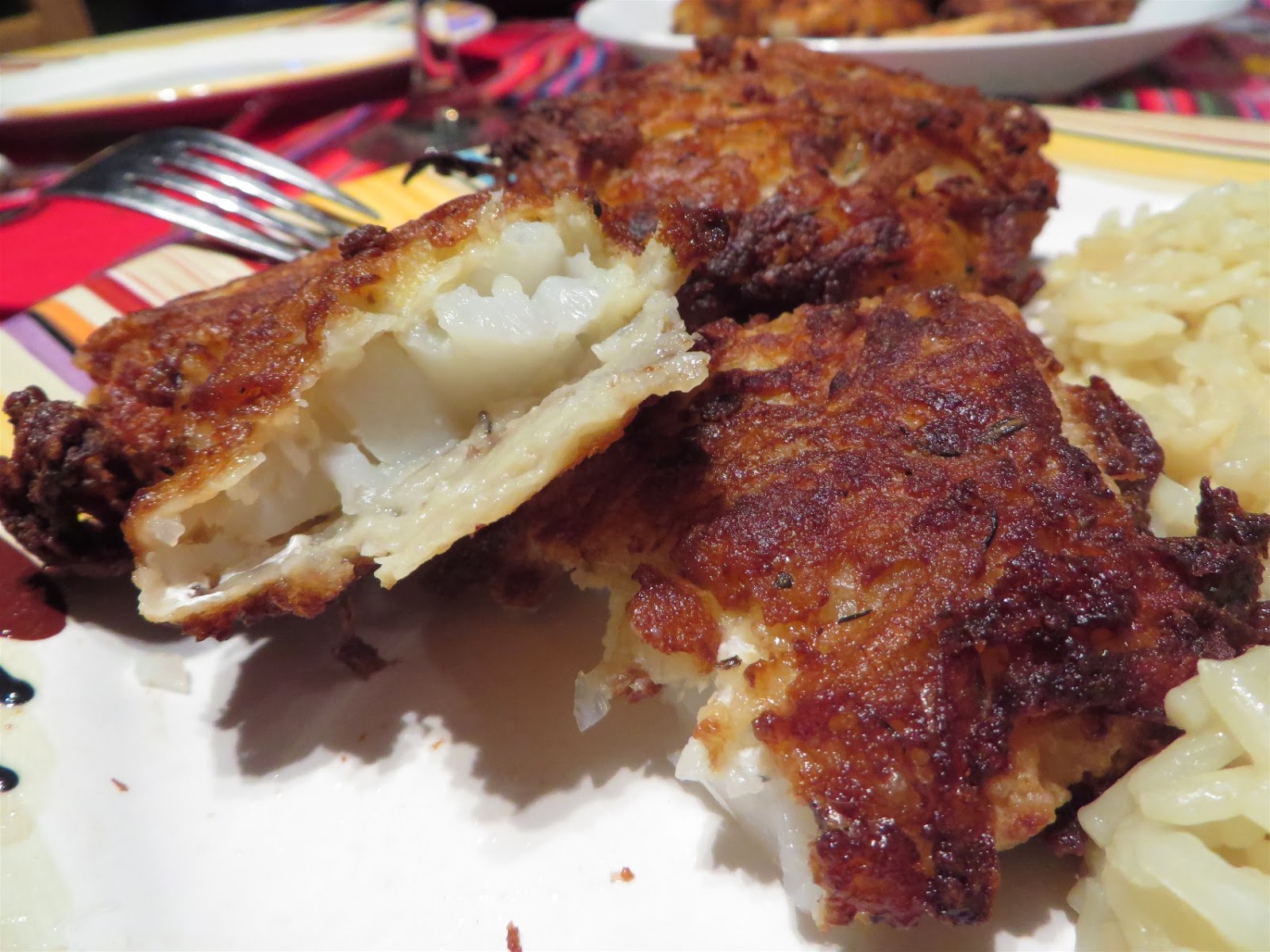 A few weeks ago I was at the Goose Pub up in North York with some friends. One of the specials was a Potato Crusted Cod, which I had. It was really good but such a small portion. So I came home and Googled a recipe for it, which we had tonight which came from Stockpiling Moms. 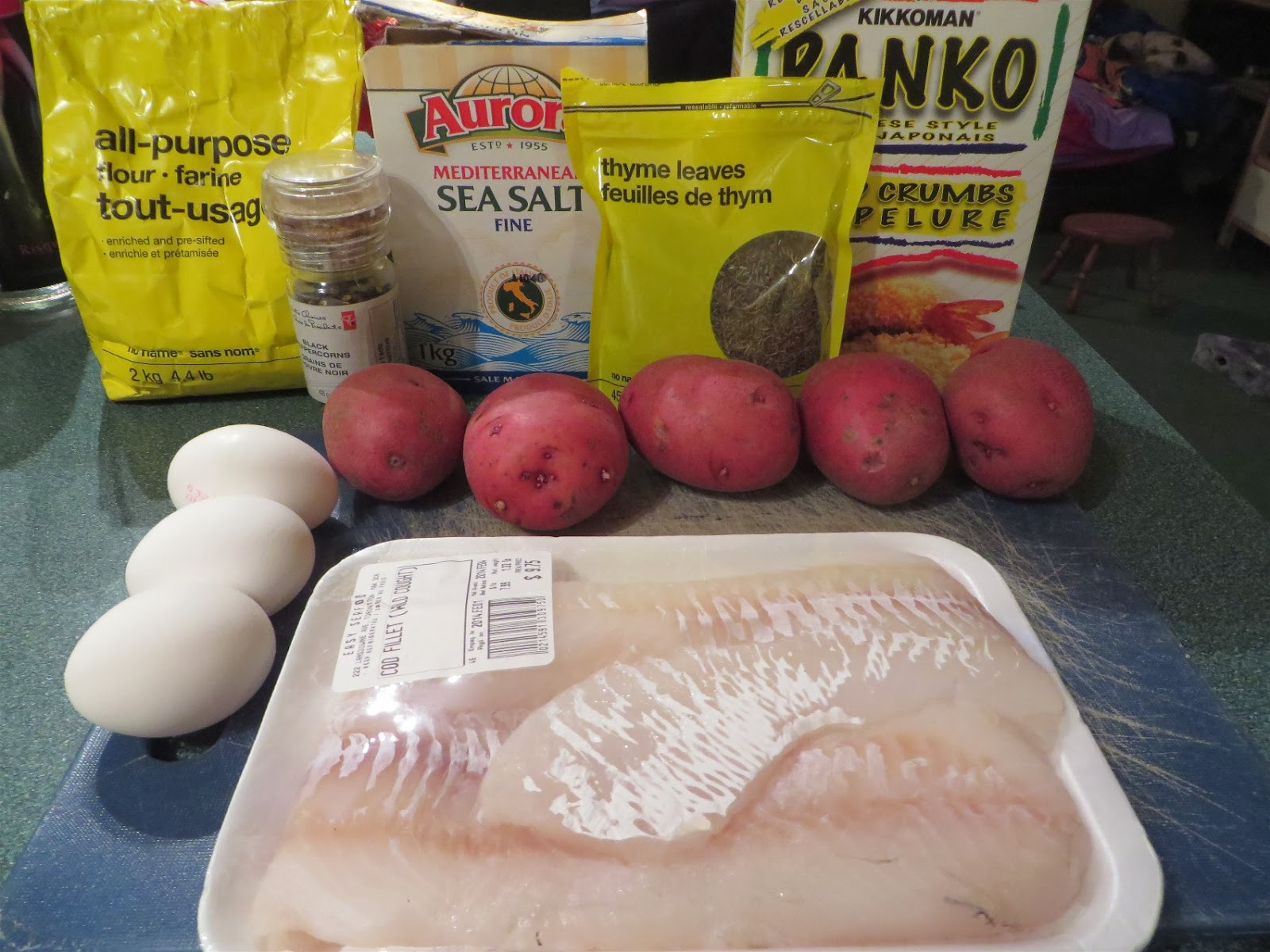 Preheat the oven to 450F degrees

Lightly coat a sheet pan with cooking spray. I did not use spray but parchment paper instead.

Pour vegetable oil into a pan, about one inch and preheat to about 350F degrees.

Place the flour in one bowl or plate and the beaten eggs in another. 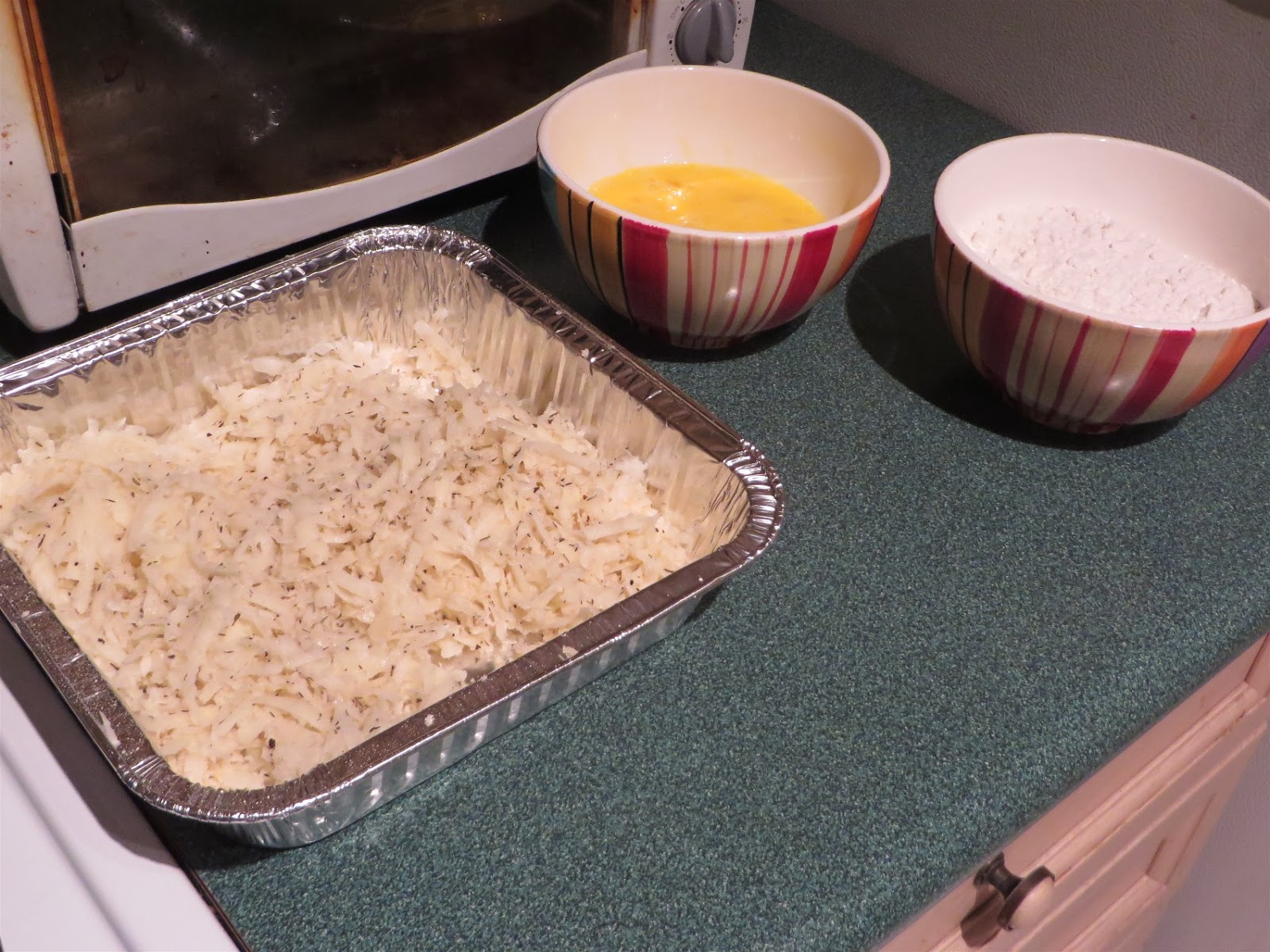 Press the potato mixture into the cod to adhere.

Add the coated cod fillets to the oil and sauté, flipping occasionally 'til coating is crisp and brown. 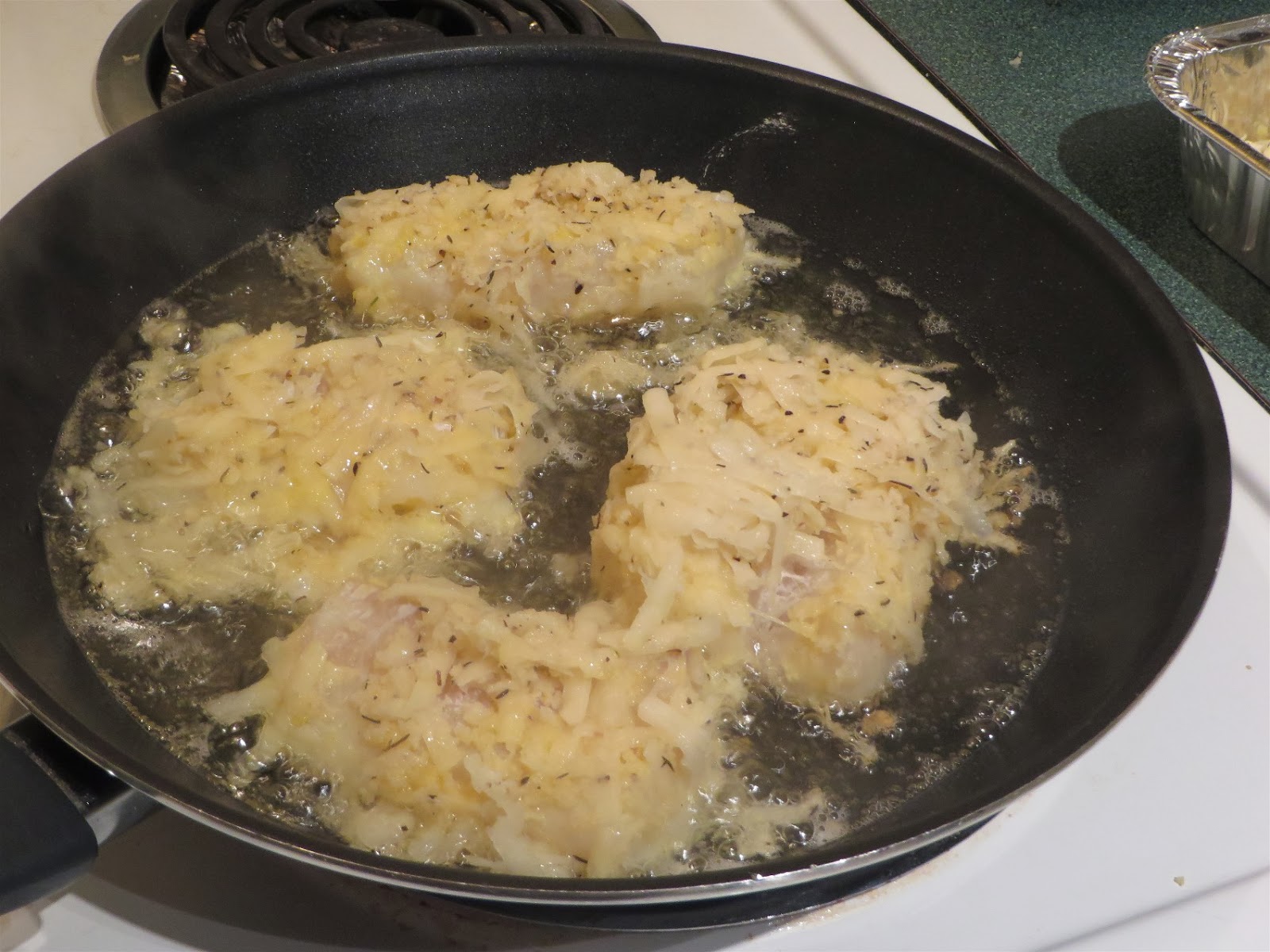 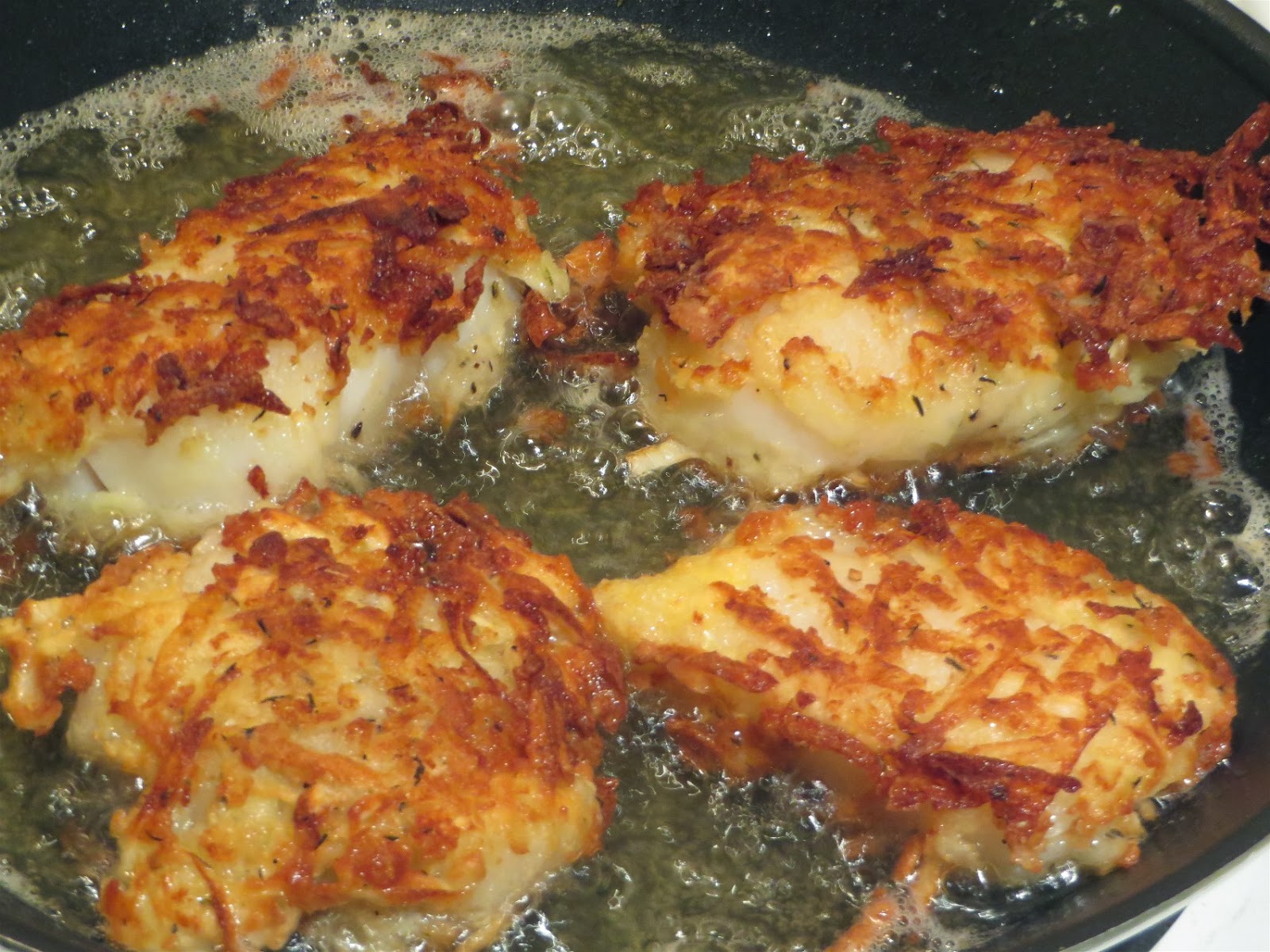 Drain the cod on paper towels, then place onto the pan. Place in oven and bake for 8 minutes. 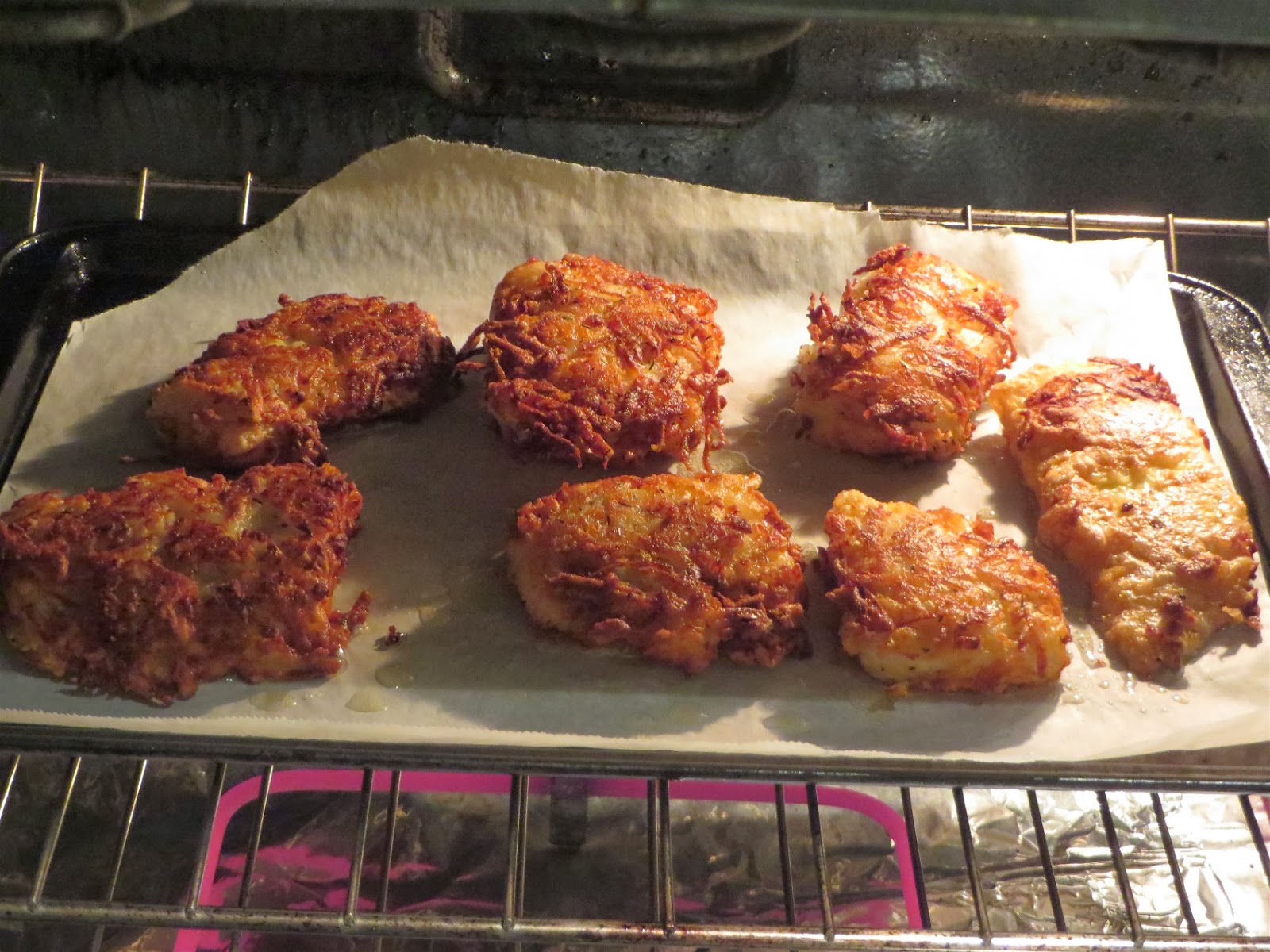 It was flaky and very light tasting. Next time I would add more thyme and I would make more potato mixture but other than that it was a nice tasty dish! 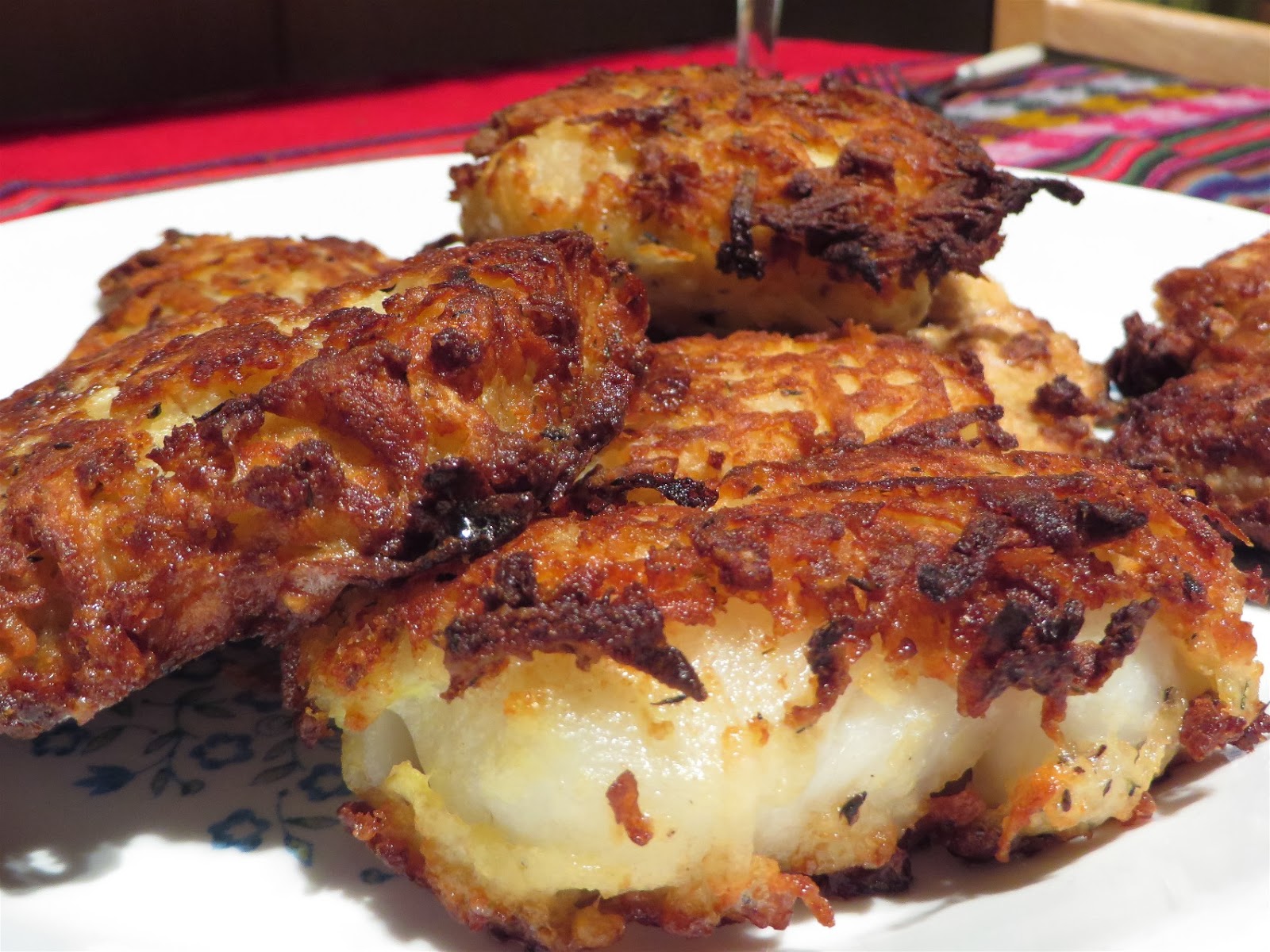 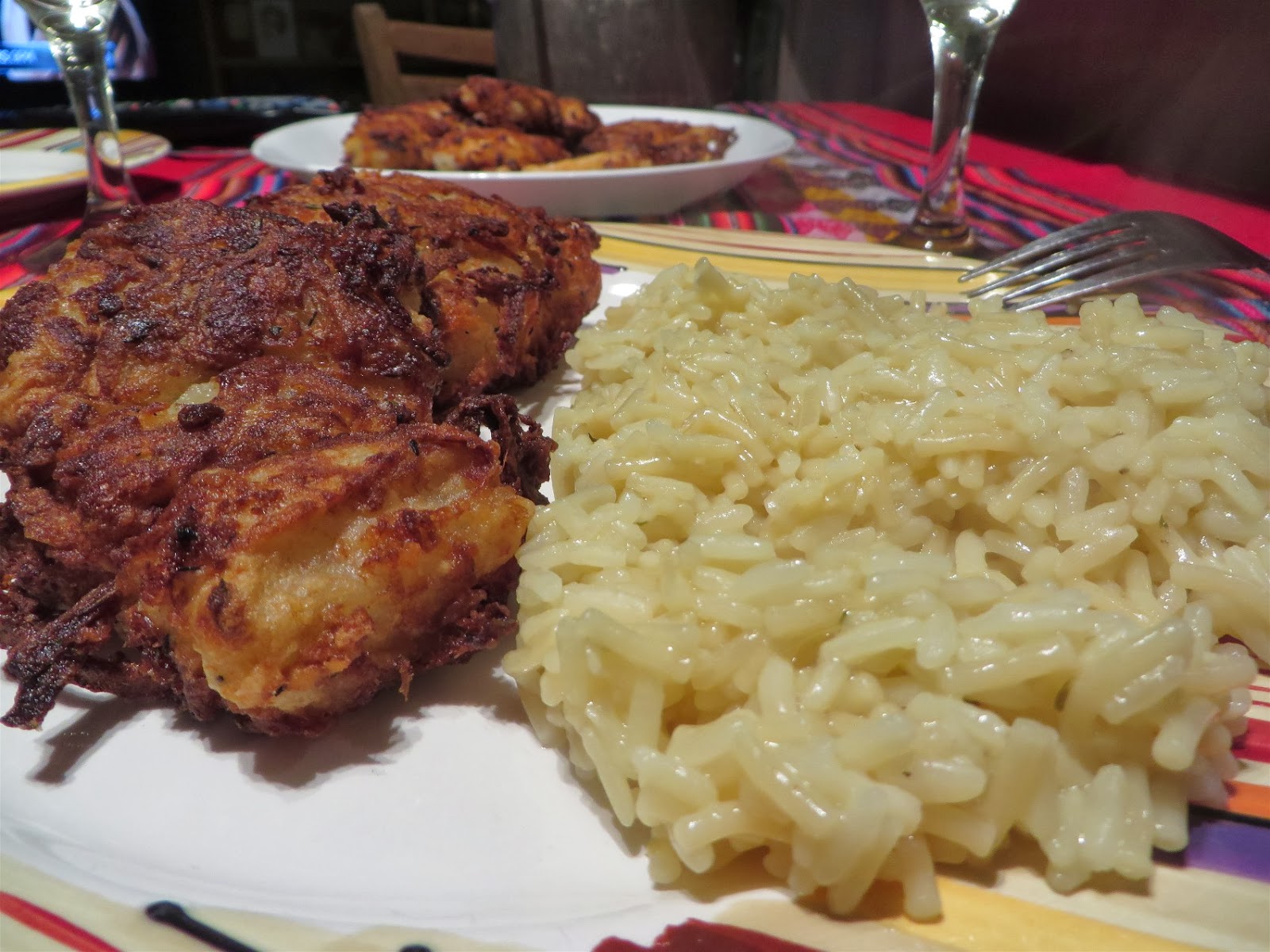 I thought it was a very good dish, but even better, Teena enjoyed it and said that she would like me to make this again!
Posted by Swordsman at 19:00