The Grand Opening of D.W. Alexander 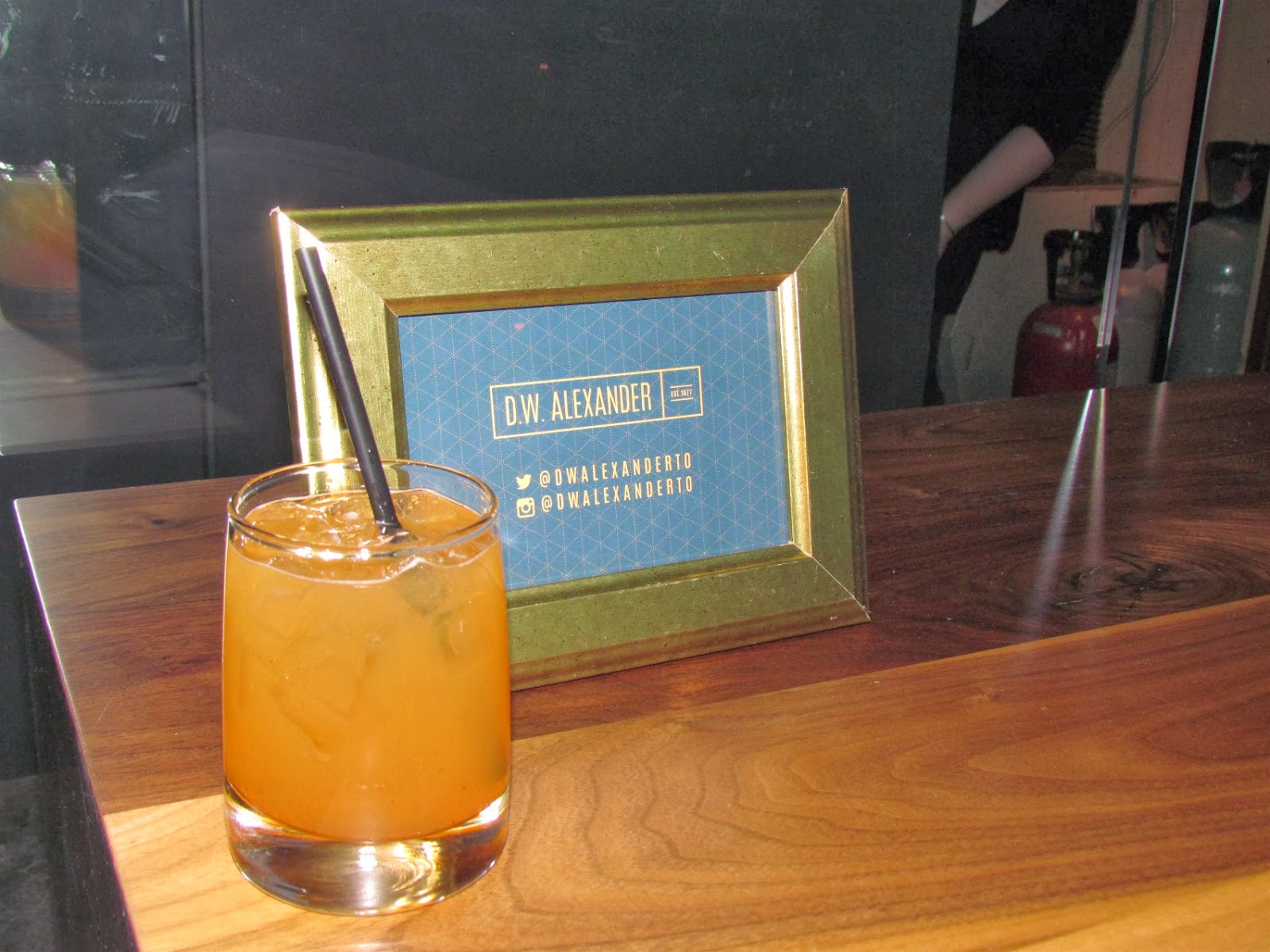 Tonight Teena and I were at the grand opening of D.W. Alexander on Church, just below Front. 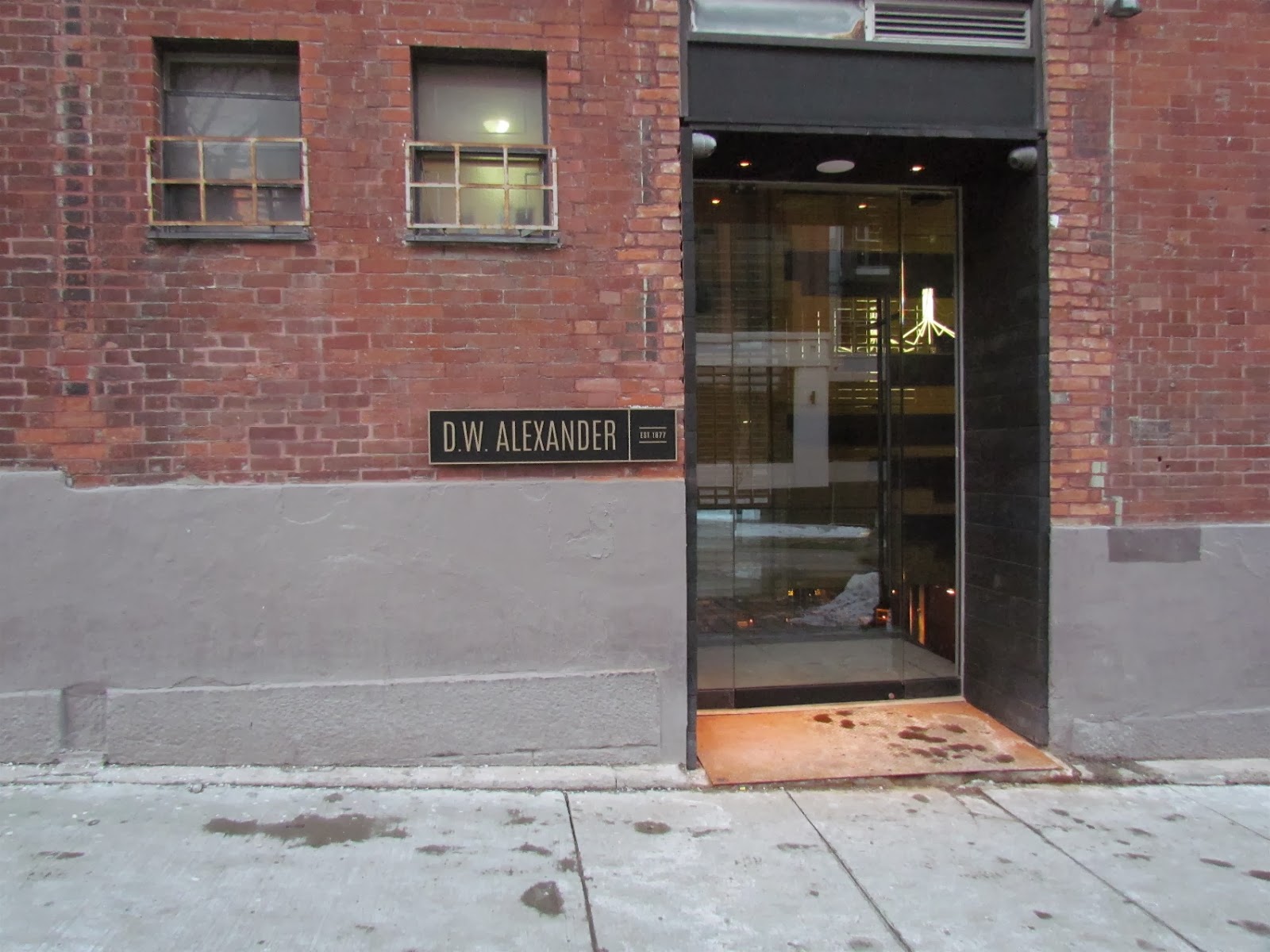 On March 6, Toronto celebrates the grand opening of its newest premium drinkery, D.W. Alexander. Formerly known as The Foundation Room, D.W. Alexander will reopen its doors at 19 Church Street in the heart of St. Lawrence Market and Old Town Toronto. With 20 years in the hospitality business, Jamil Kamal, Owner, D.W. Alexander pays homage to the venue's history, naming it after its original tenant, D.W. Alexander, the largest sole-leather trader in Western Canada who launched his leather business back in 1872. Coincidentally, as the doors open on this historical venue, Toronto celebrates 180 years, a monumental milestone in Canadian history.

It was a fun night and we were treated well. The first cocktail we had was called a Avro Arrow, made  with solely Canadian ingredients including maple syrup, Mill Street Organic beer. It was tasty! 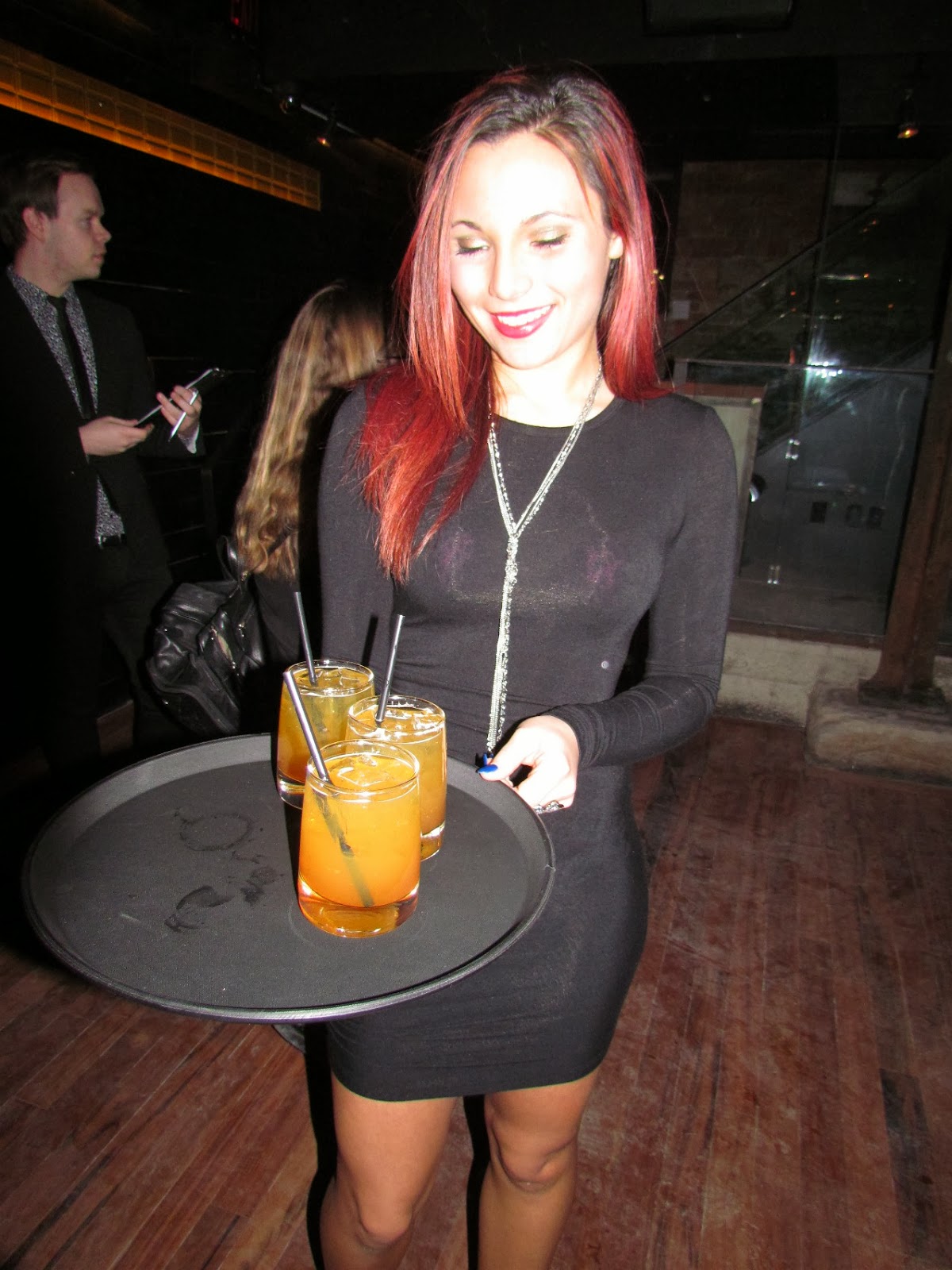 As the venue was originally a leather shop, all the bartenders wore leather aprons. 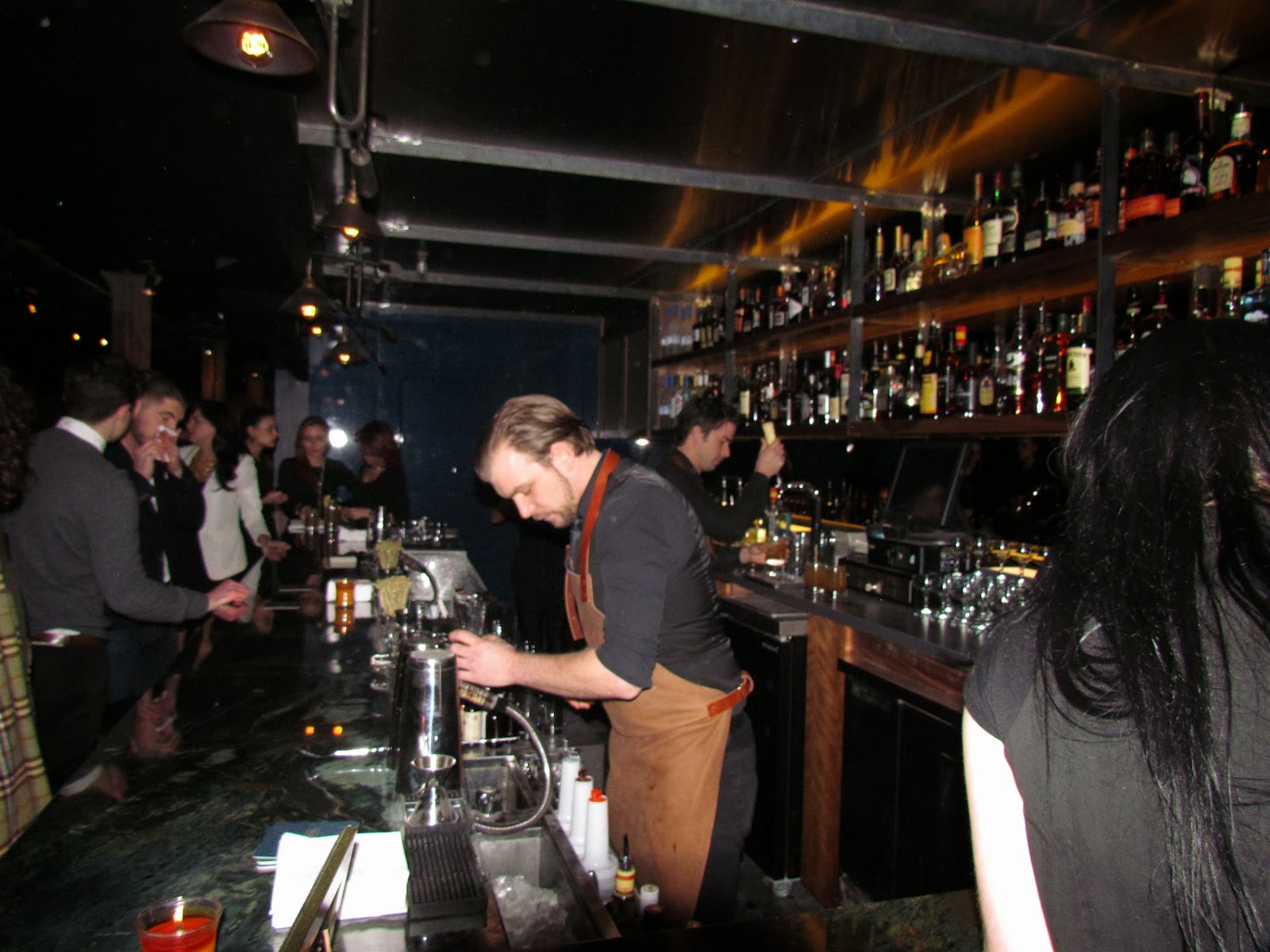 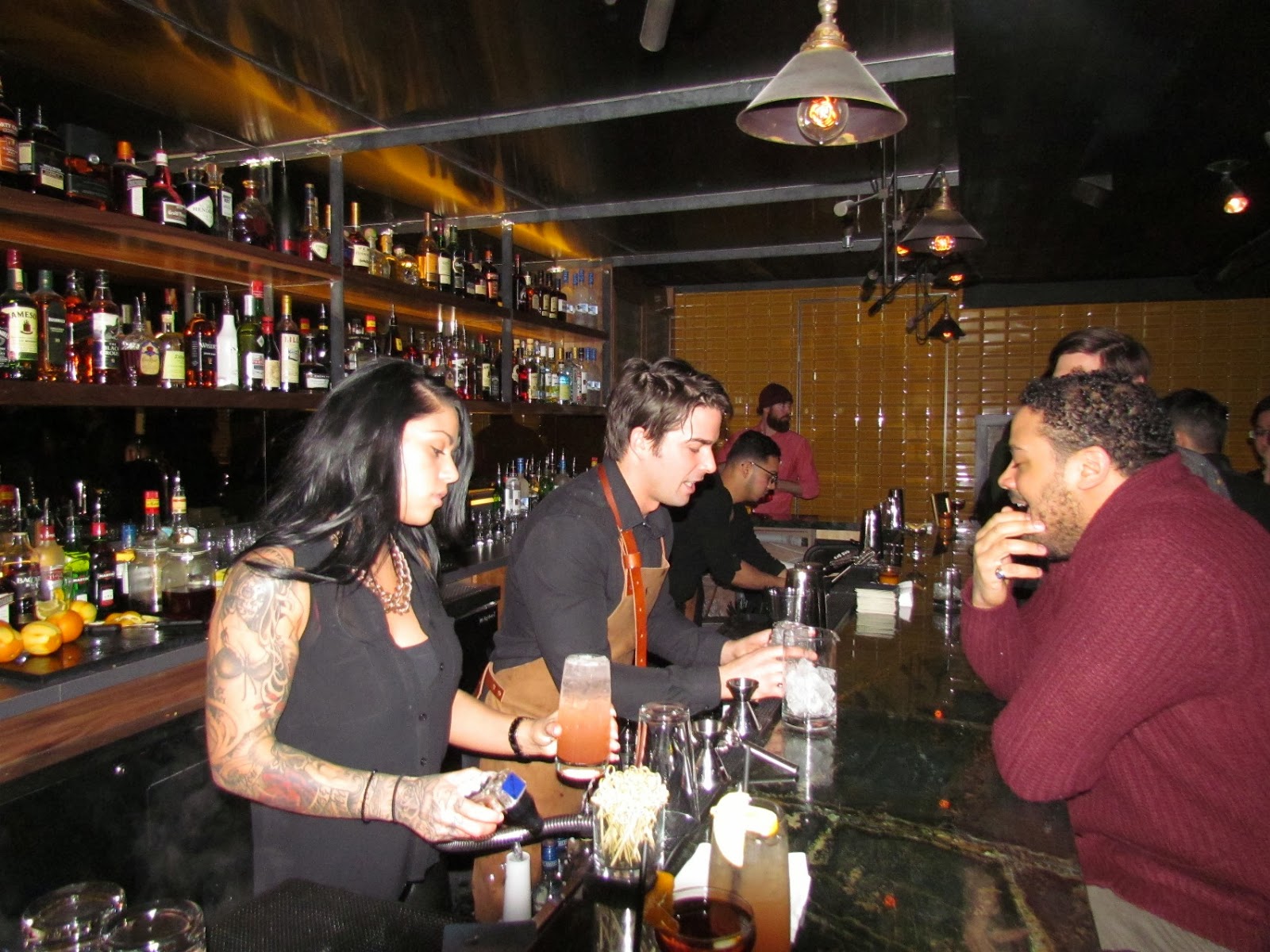 Out came some Sloppy Joes made with bison. It was fabulous! 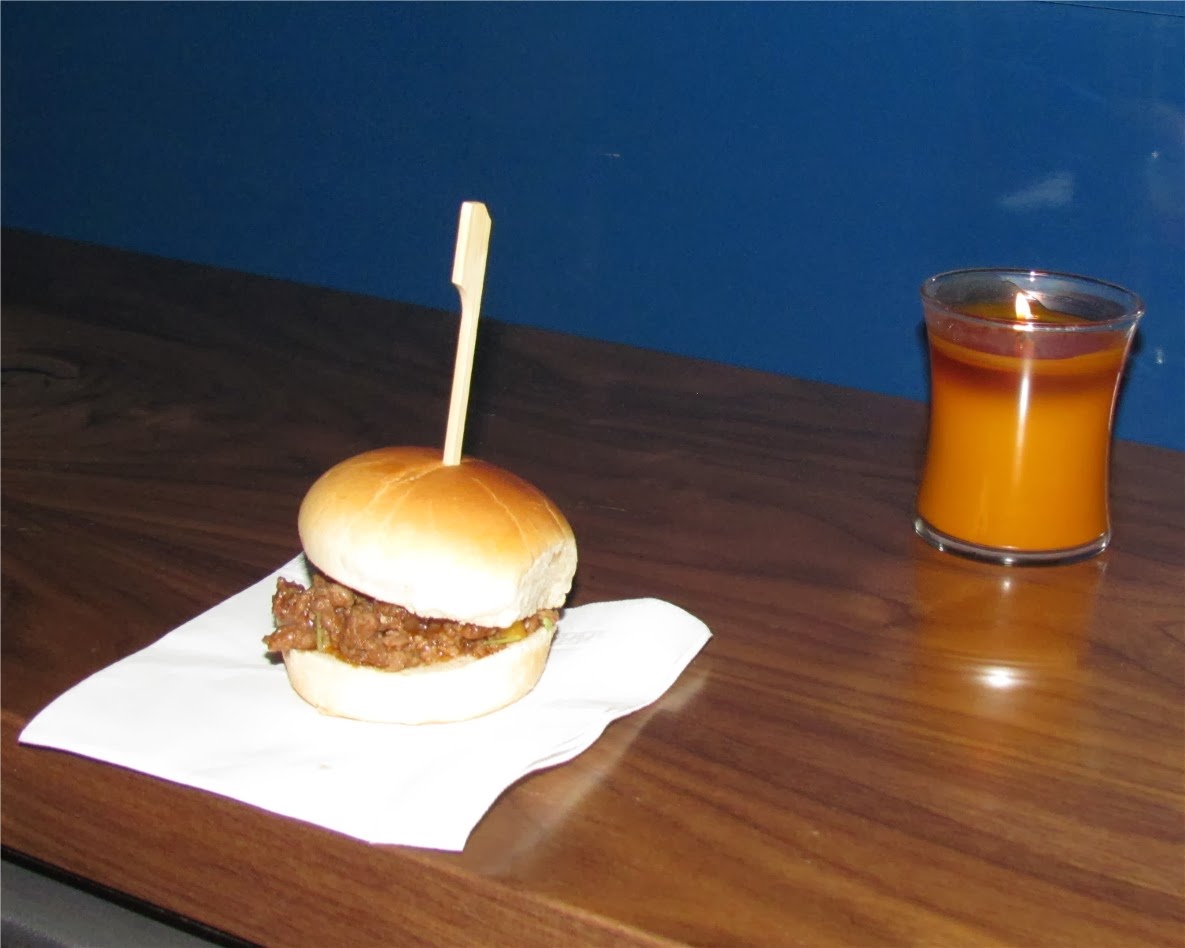 The light was tricky for me. Obviously I need more training and a better camera for shots with this kind of lighting. The flash lost the ambiance of the room. This one worked. 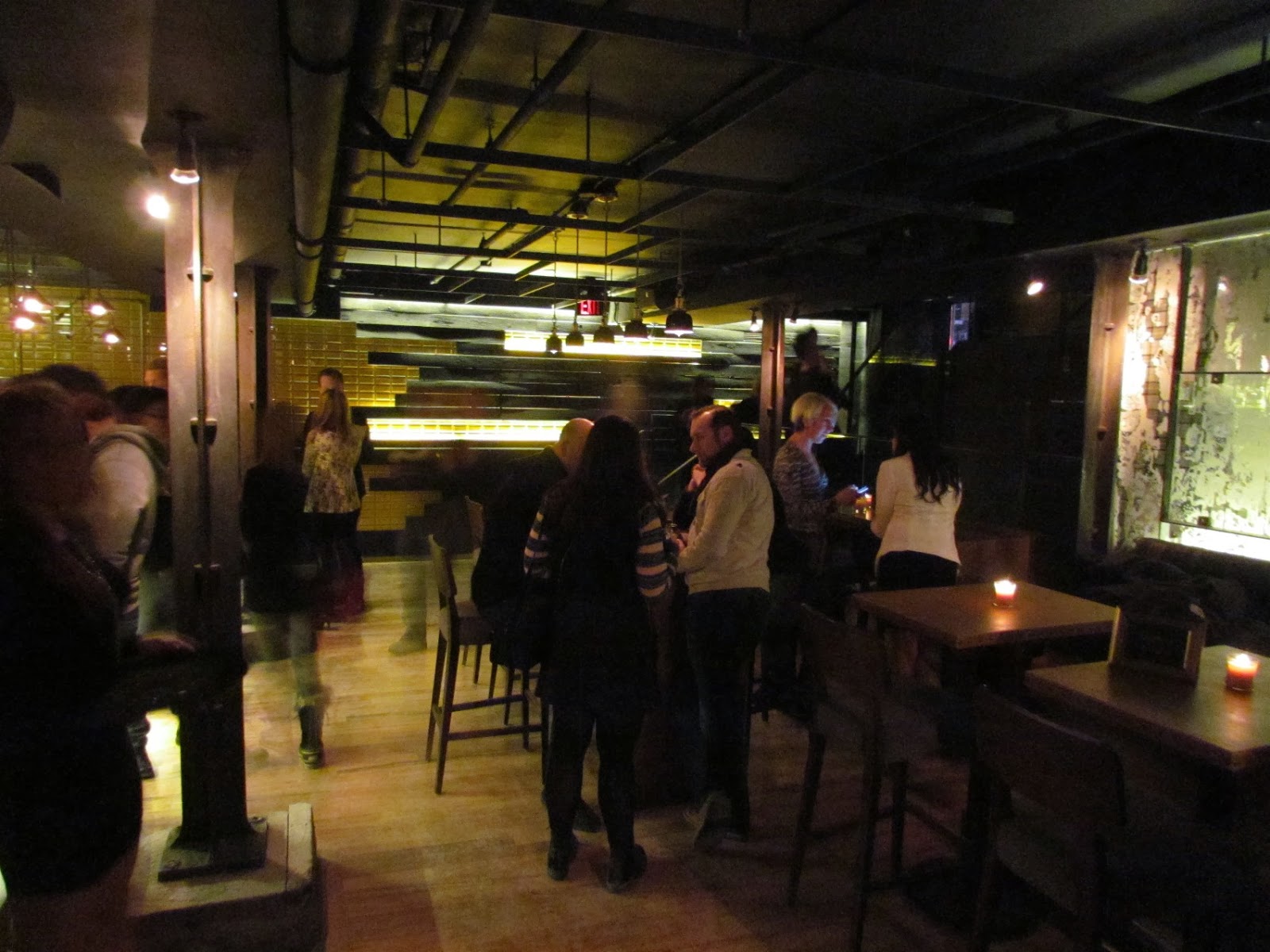 The room is very well done...D.W. Alexander features a vibrant chartreuse tile wall in the main entrance by Ciot, with Douglas fir reclaimed wood from Winfields Farm, birthplace of the famous racing champion Northern Dancer, featured in the restrooms. Other key design elements include benches with a Paul Smith printed tartan fabric by Manharam Fabric, intimate custom-lighting by Milke Bau Lighting Design and a library complete with walnut bookshelves filled with an eccentric mix of ancient books and curio inspired by the city, its history and the building. 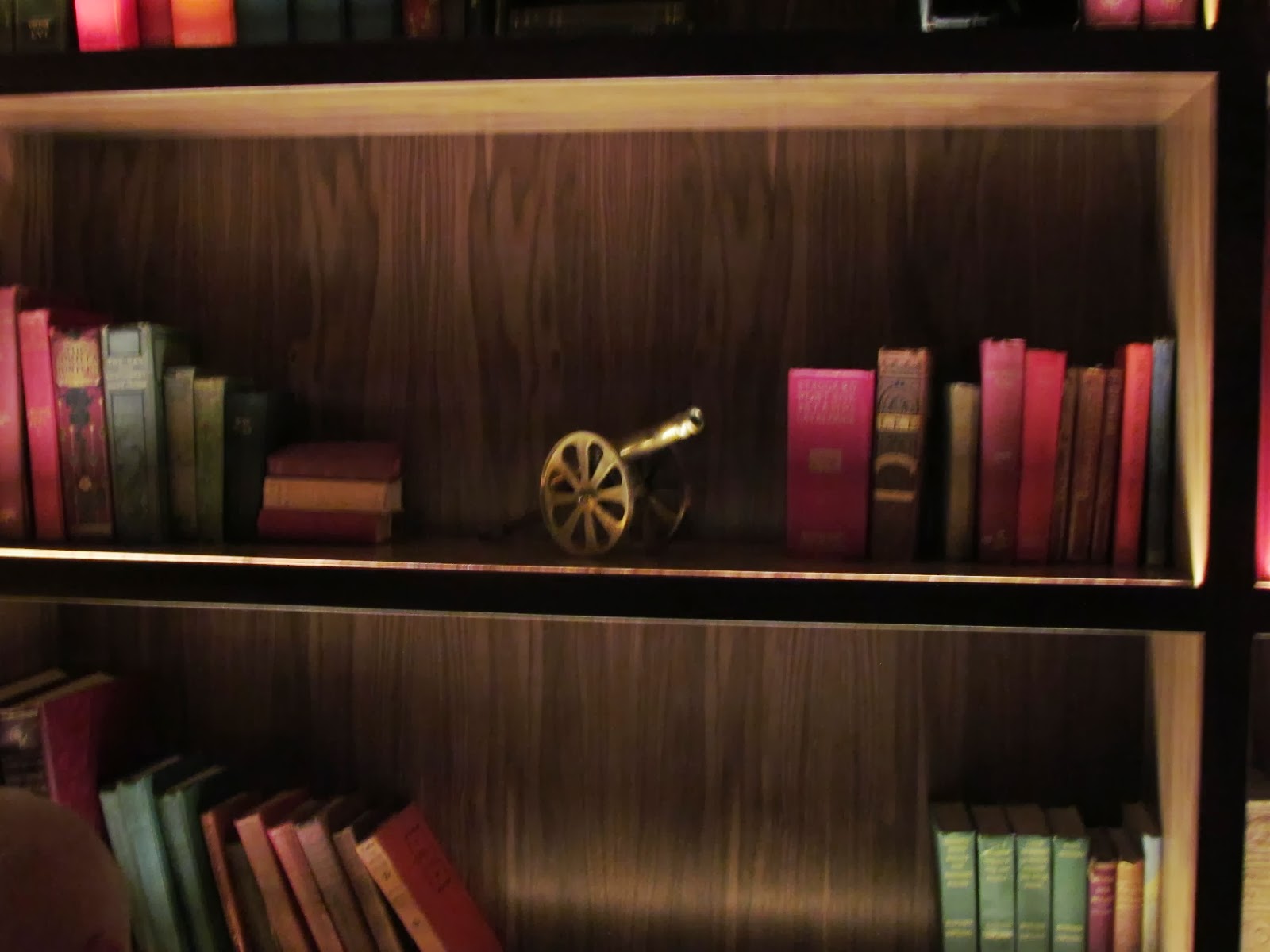 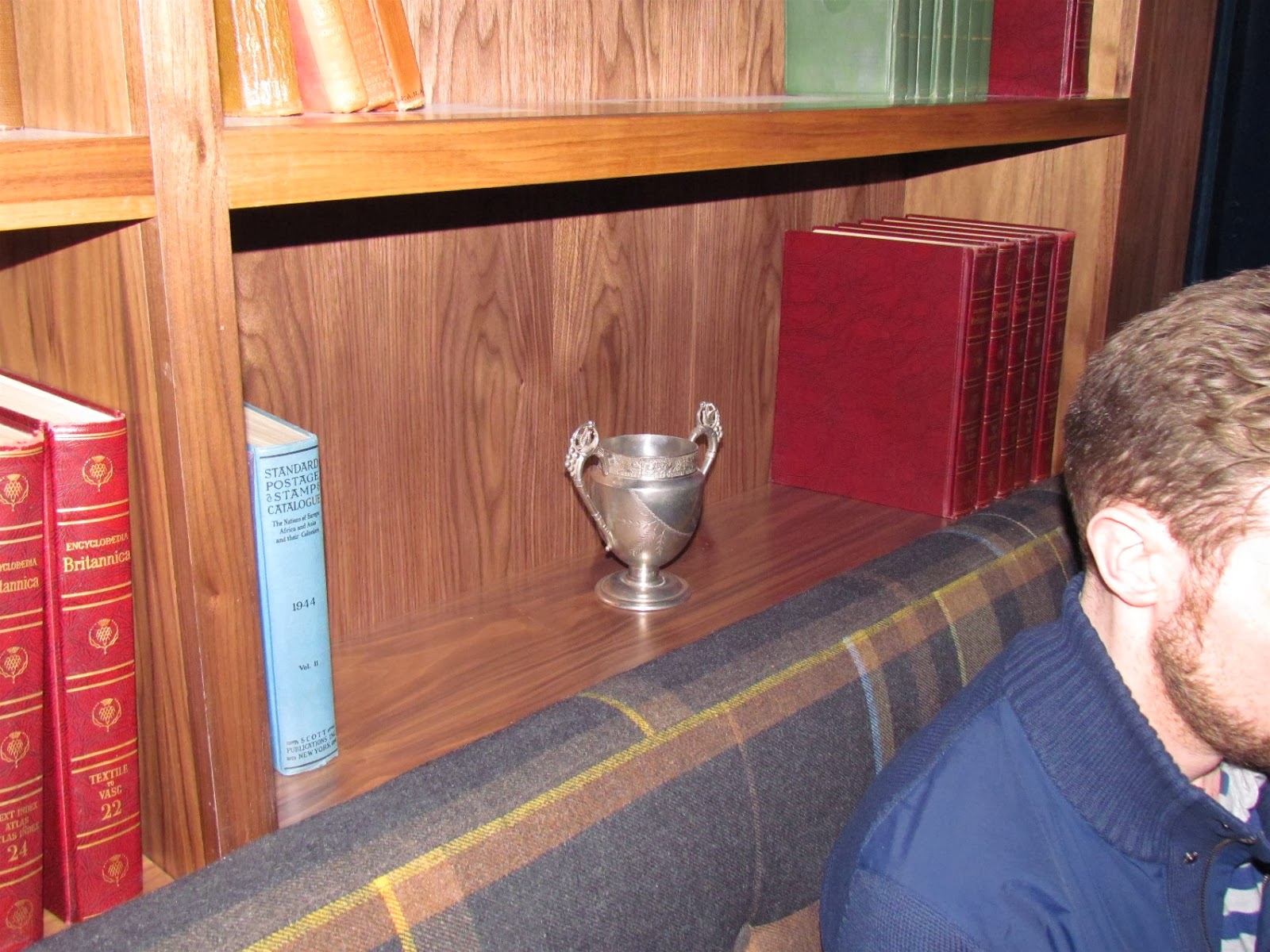 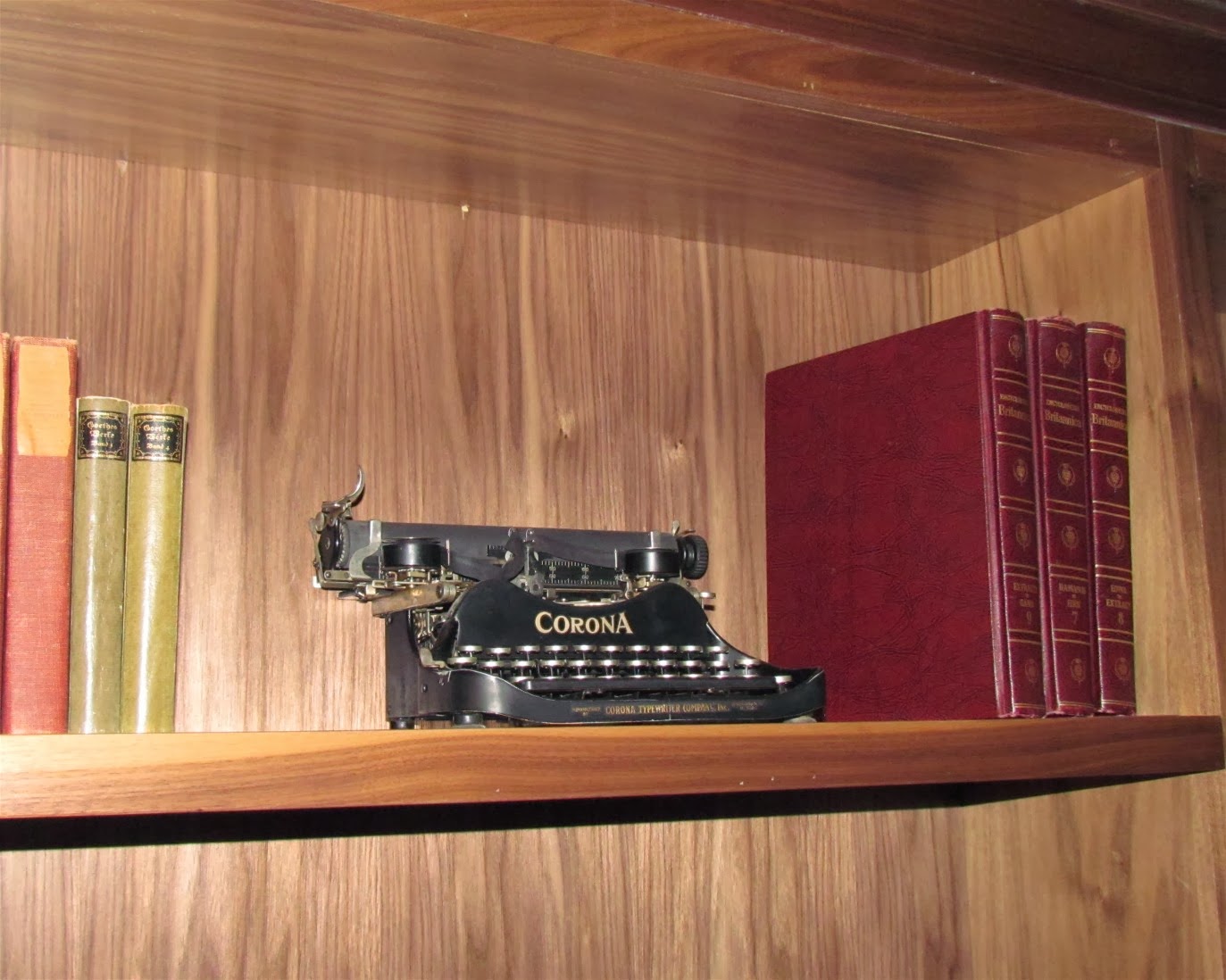 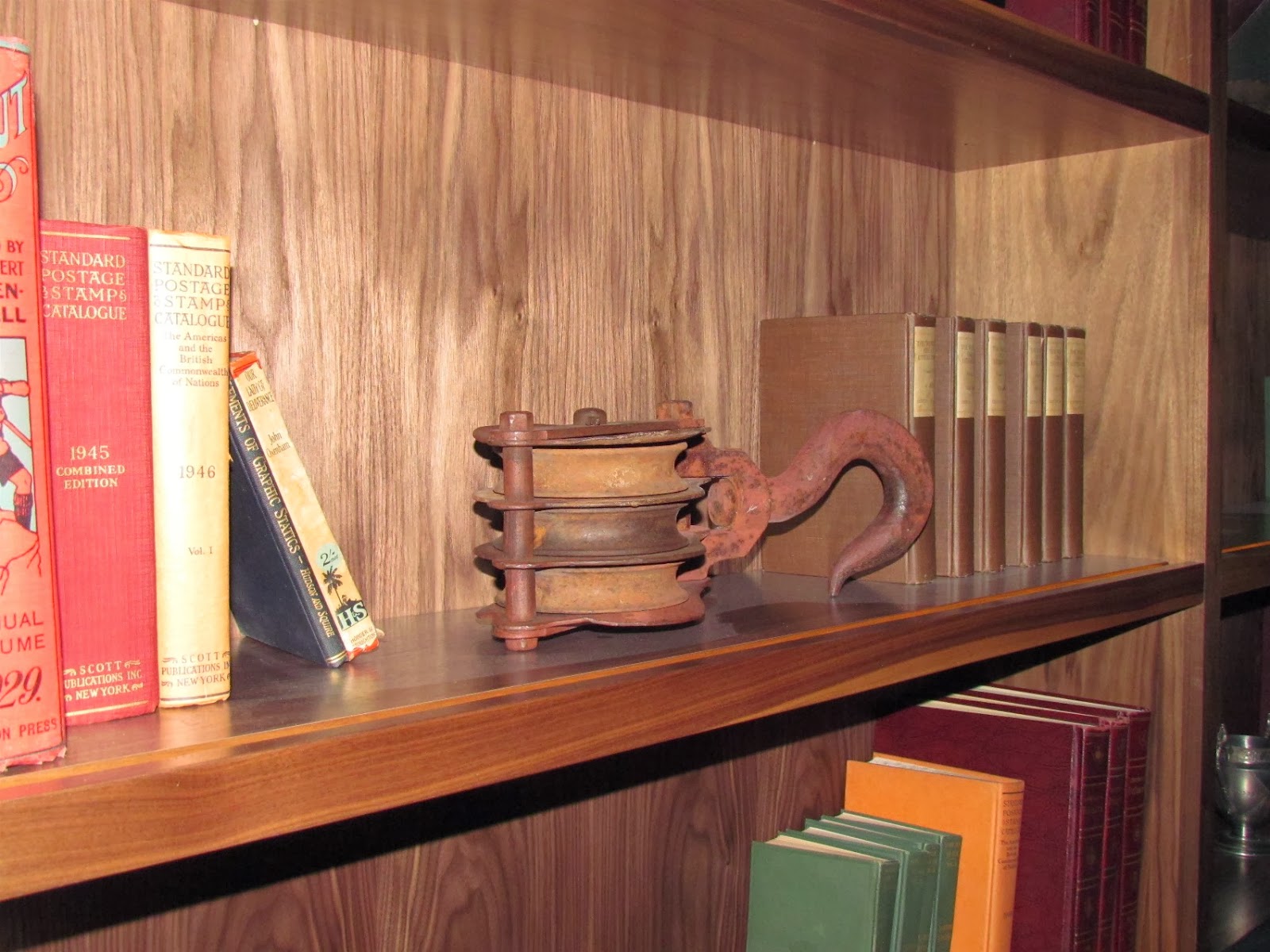 I like how they kept the supporting iron beams. It really added to the theme of the place. Anytime you can keep original components of a historical building, I`m all for it! The old style lights were cool too! 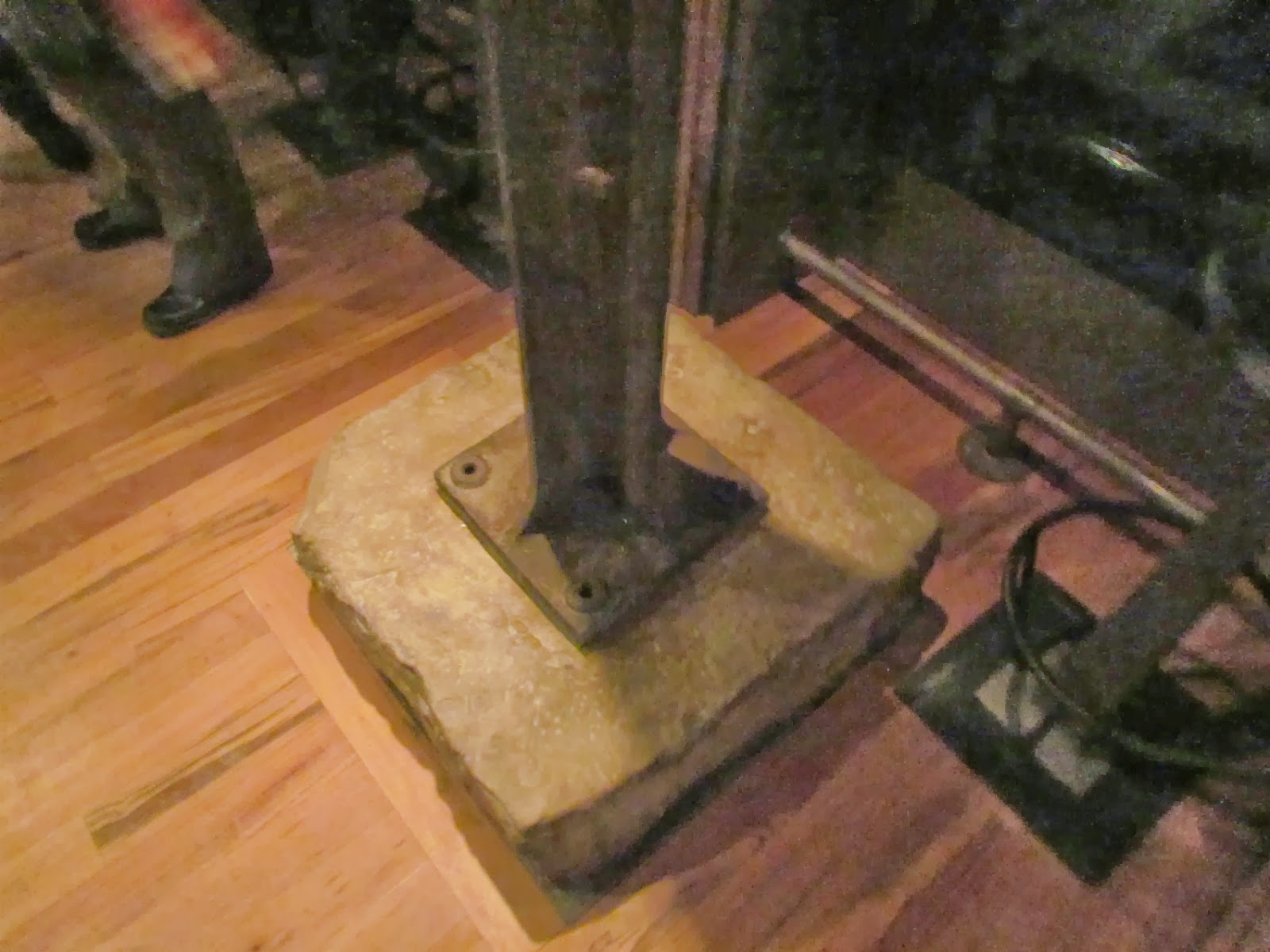 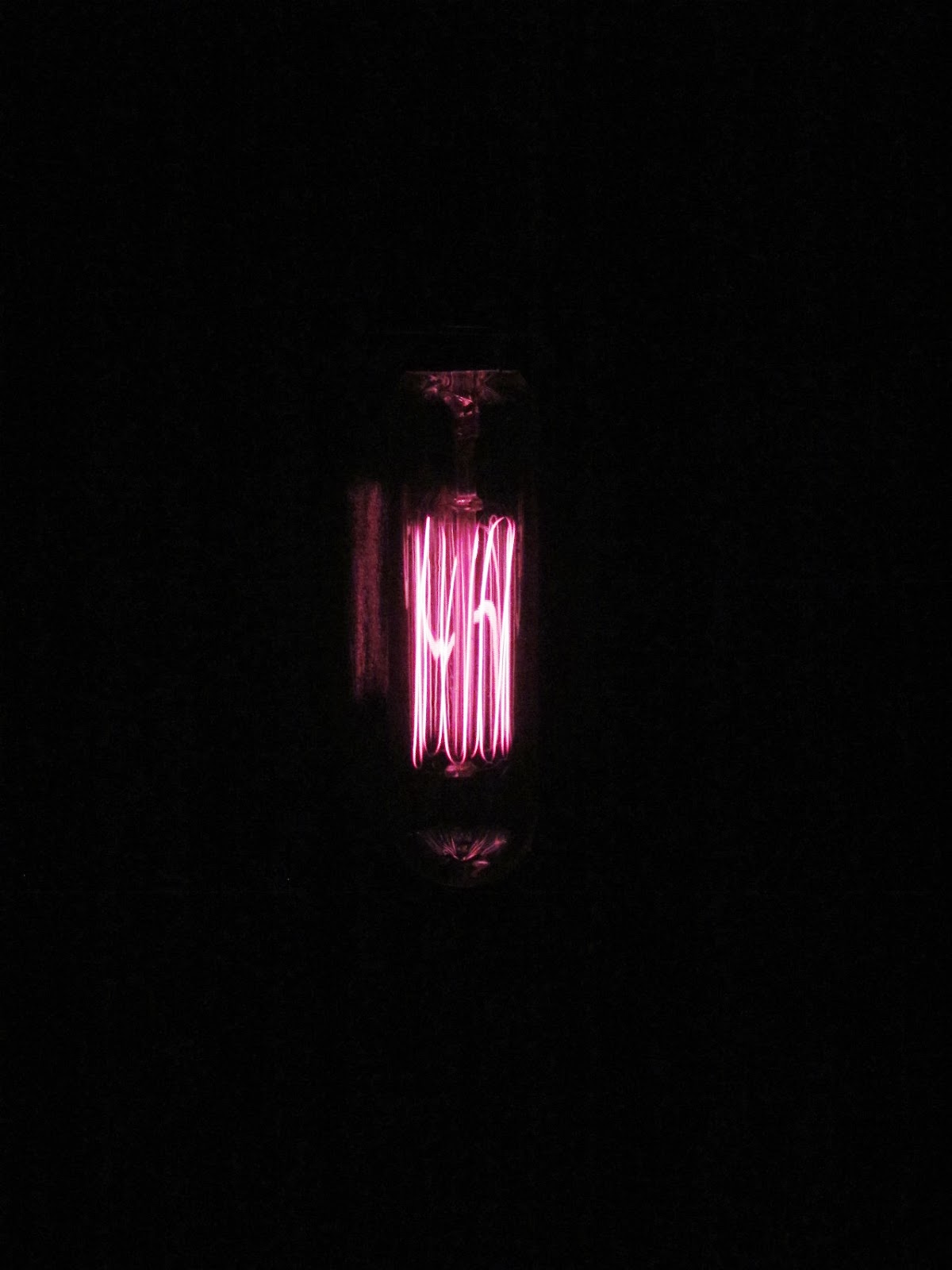 Our favorite drink of the night was the Sloe Gin drink. 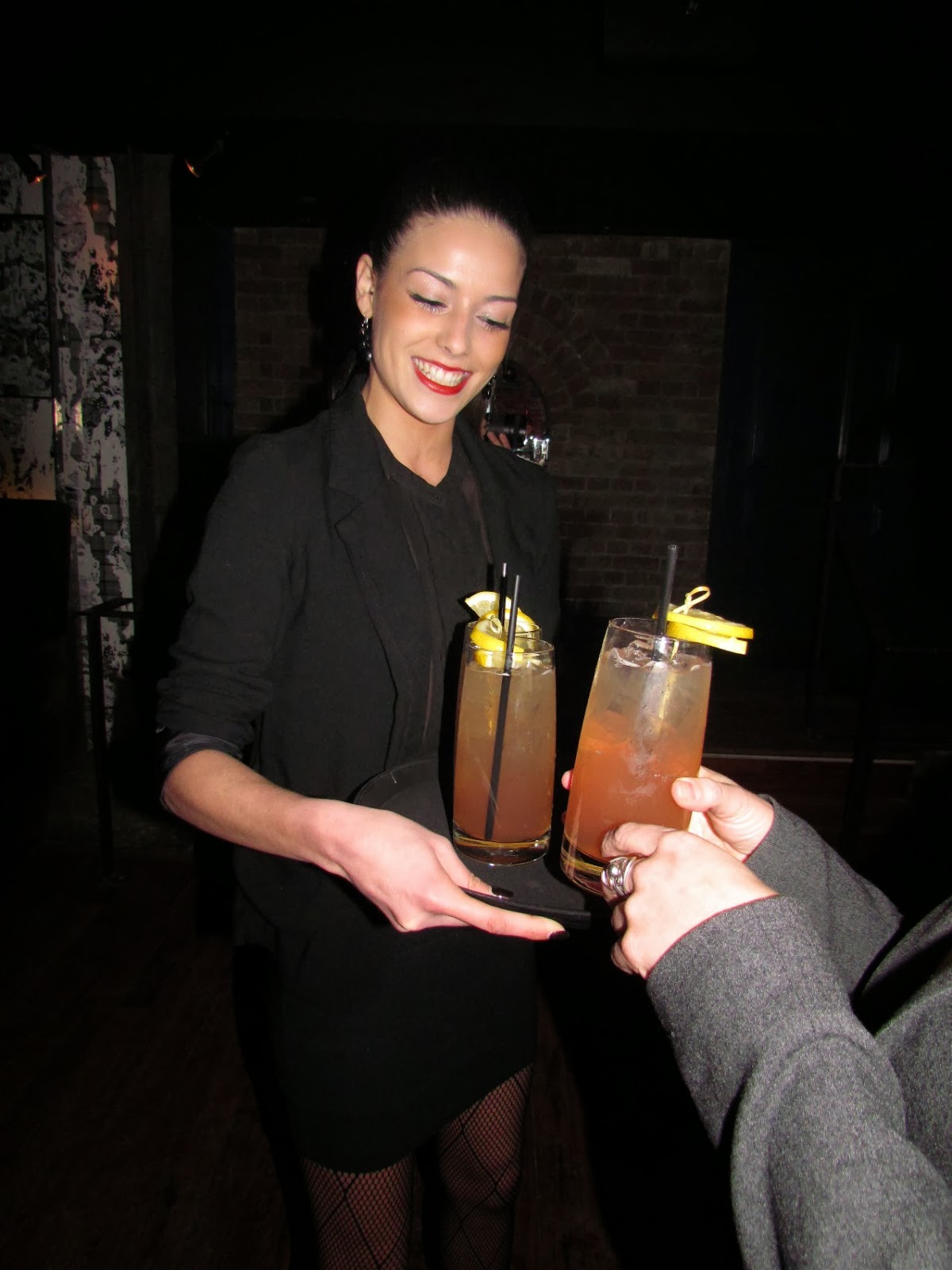 I have no idea what this room was originally used for but it is very cool that it was saved and reused. It also was one of the most photographed places. 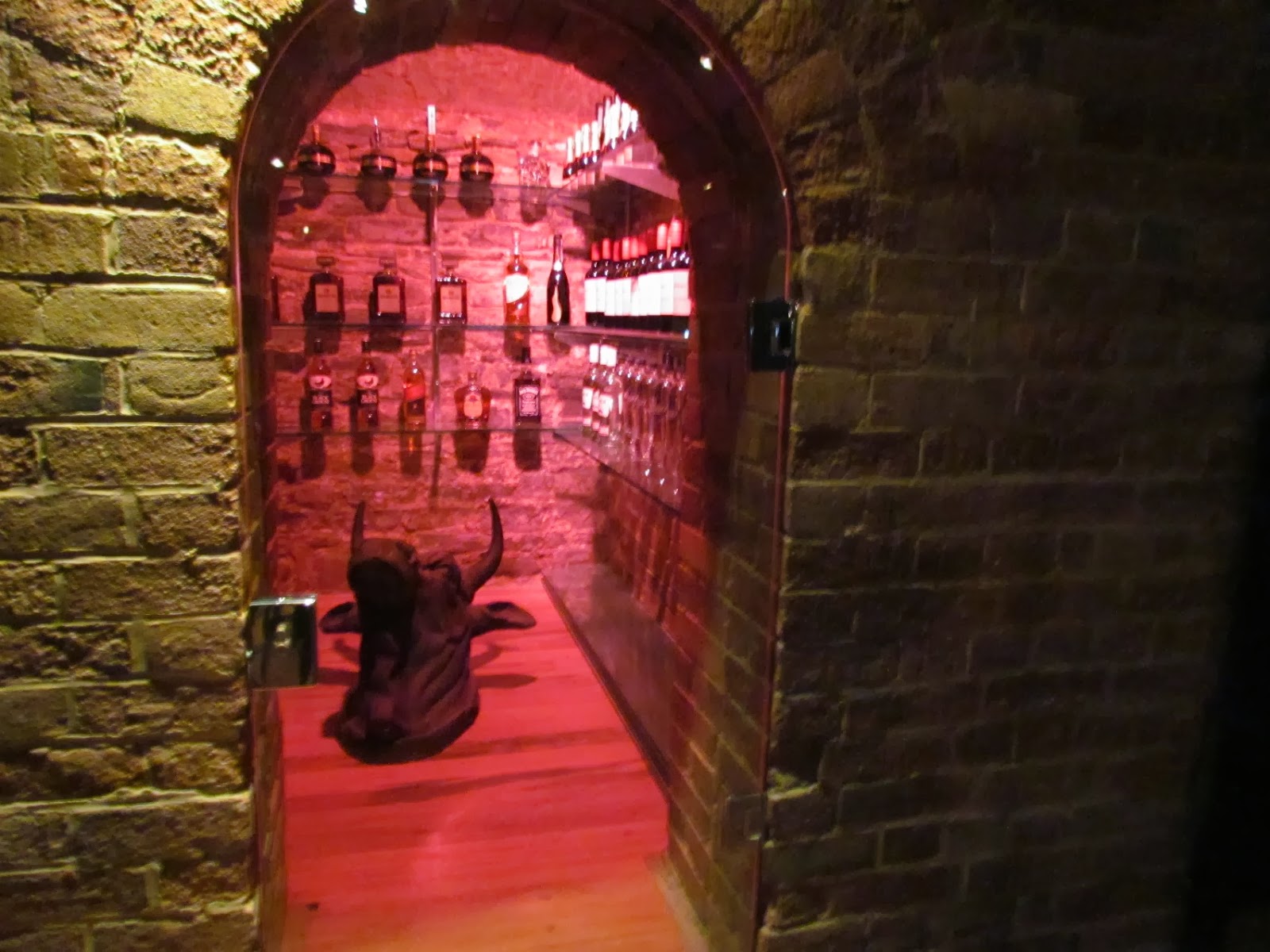 There was also a view of it from the mens room. 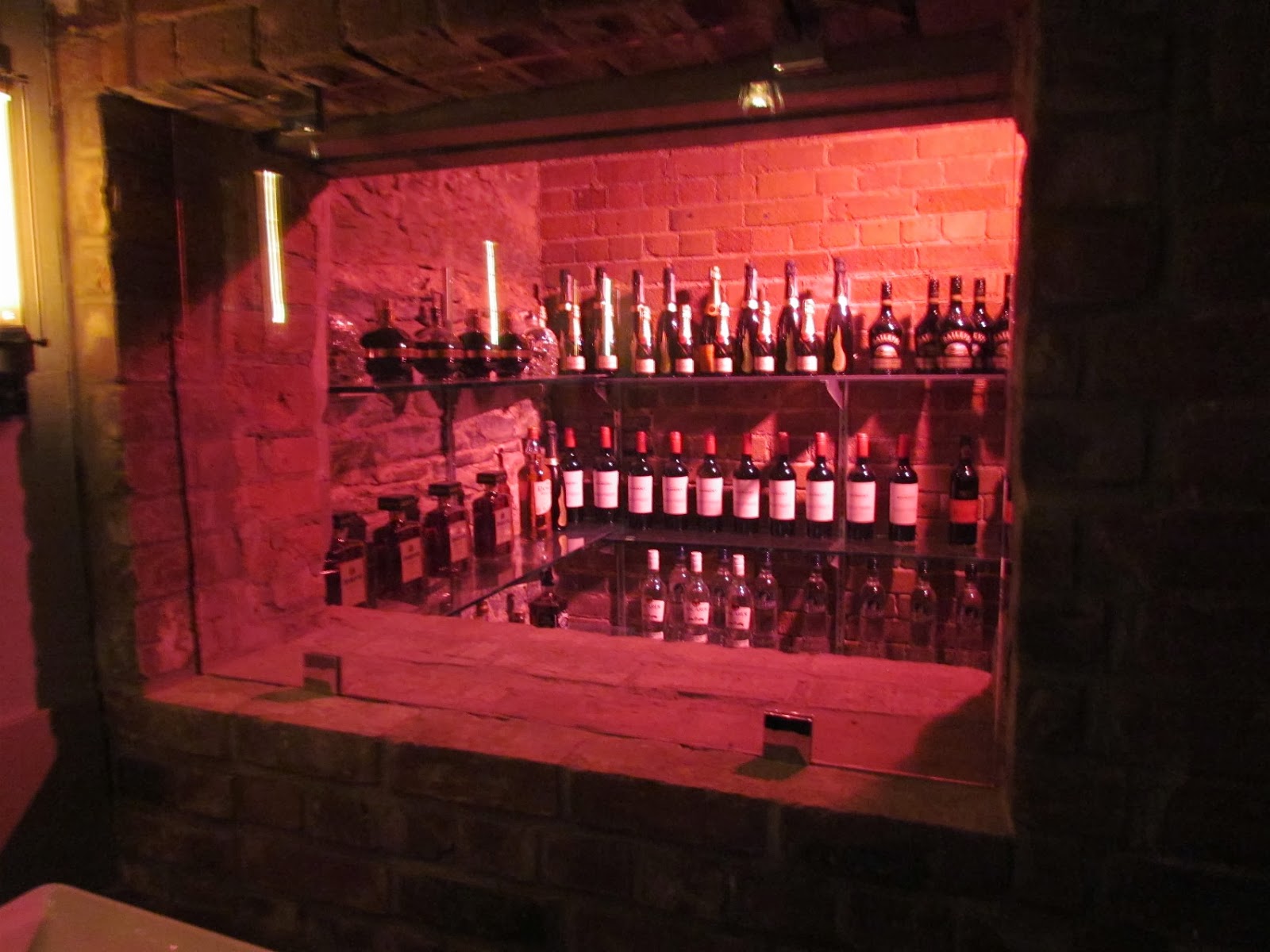 The food was great. The drinks were great. It was a fabulous night. If there was one negative comment, and this is not of my experience, but one that might keep this great place from being successful, is the signage at the entrance. Nothing suggests that this is a bar and a fun place to be. The official opening is on March 14. Hopefully this is fixed by then. 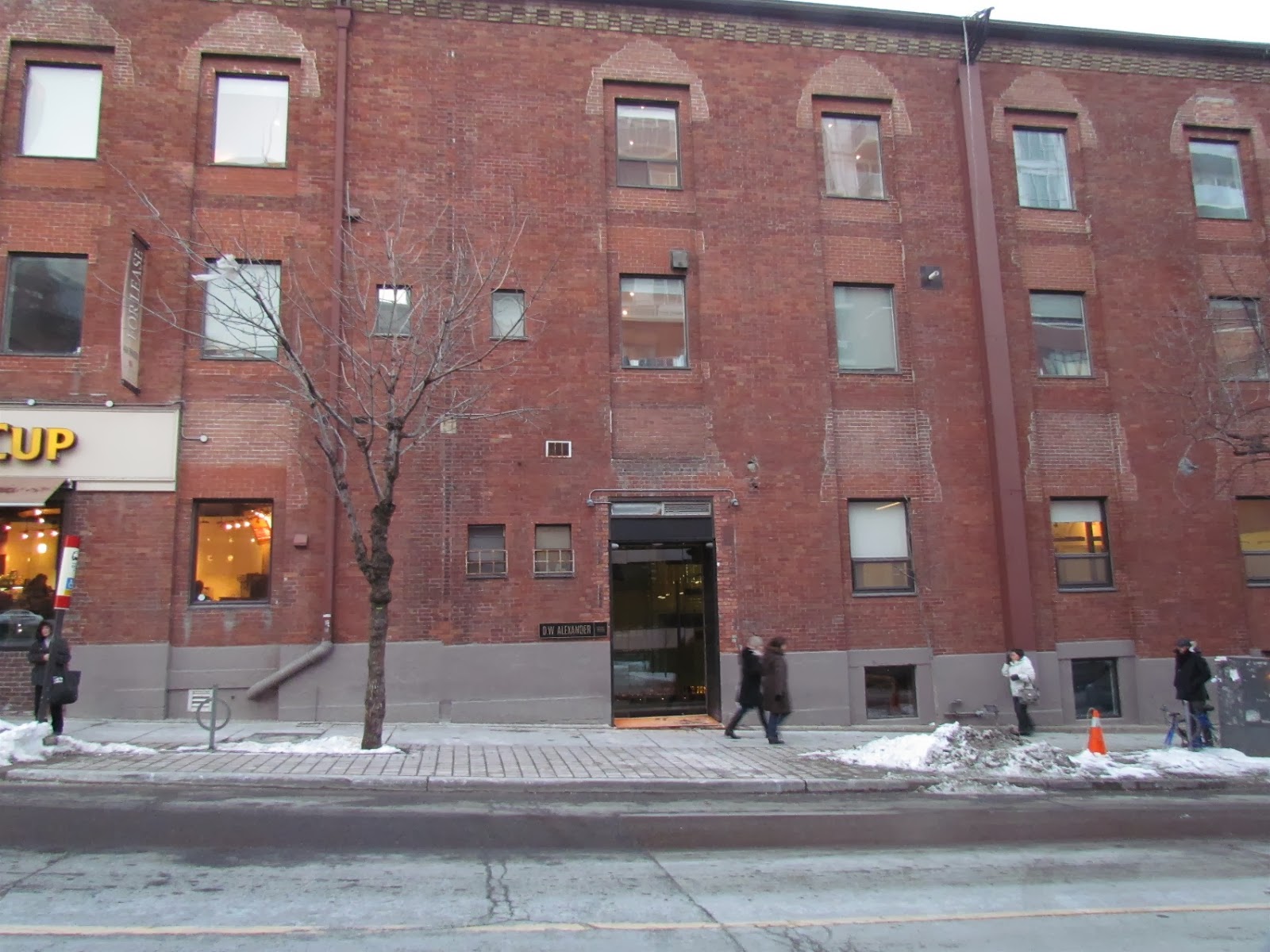 It would be shame for passersby to miss this place as the atmosphere, food and cocktails are terrific. When we are in the neighborhood, we will be dropping by! 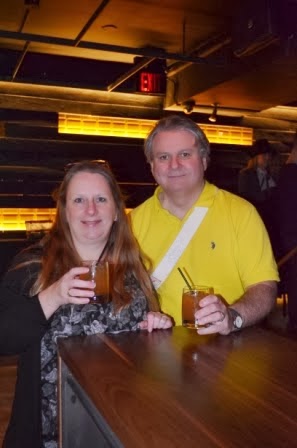