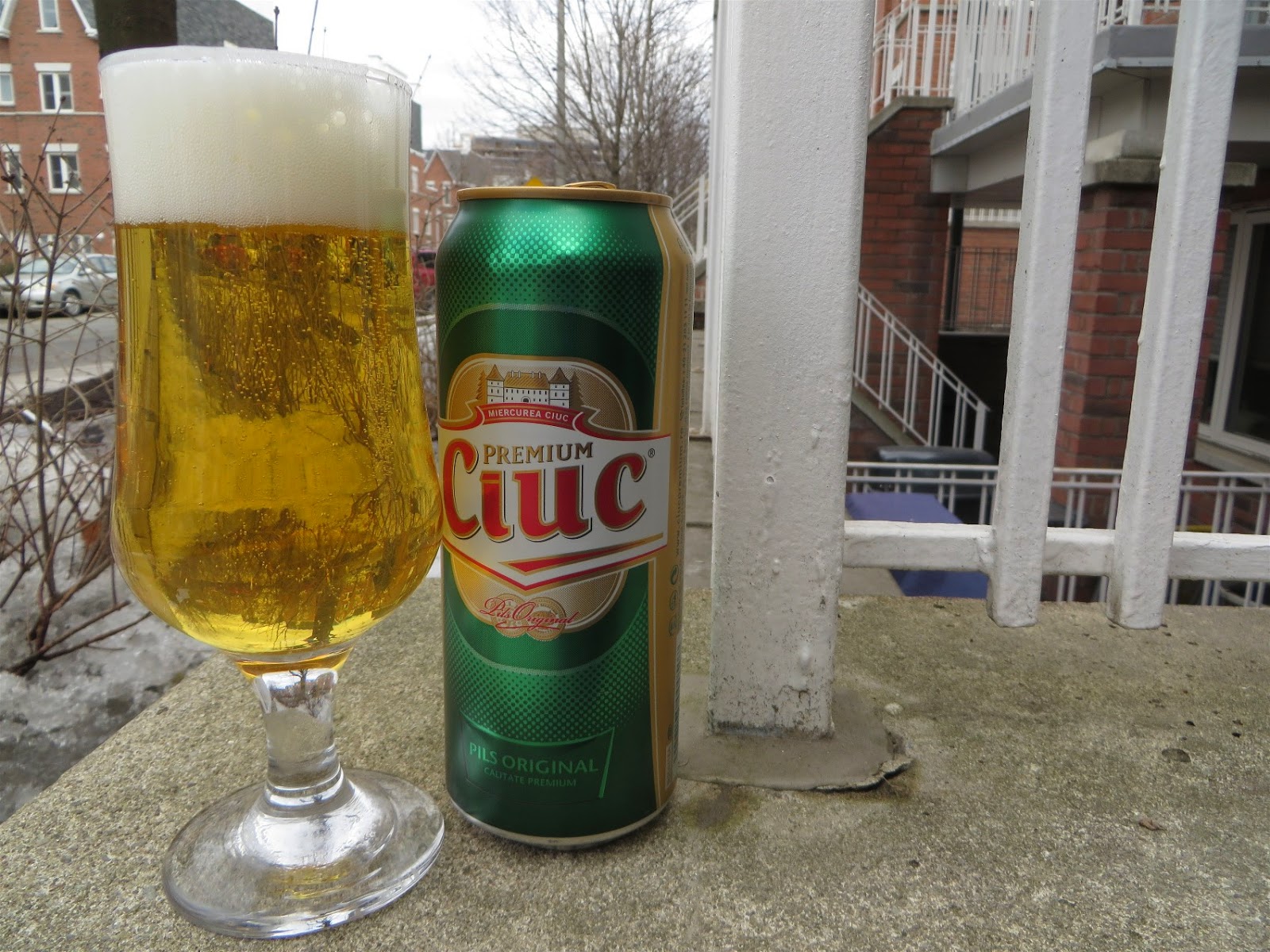 As much as I enjoy European lagers and pilsners, I do find them very difficult to research.

This week I found a Romanian beer in an LCBO store at York Mills and Leslie Street. There was not a great variety of imported or craft beers there but walked out with a Ciuc Premium Pilsner. Of course Ciuc is not listed in my  Oxford Companion to Beer or my copy of The Beer Book. There is also very little on the web about this beer or brewer in English but here is what I found out.

The original brewery, known as Ciuc Miercurea, was founded in 1974 in Miercurea-Ciuc, (inside the circle on the map to the right) which is located in eastern Transylvania, and also known as the Romanian "Freezing Pole", the coldest spot in Romania. I gather it was a publicly listed company when it was first began production as it became privatized 20 years later in in 1994.Then in 2000 it was sold to Brau Union Romania, which is now Heineken Romania. 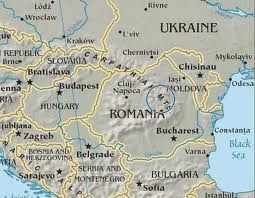 The beer pours a very light, golden colour, in fact so light that I can read  through it. The head is a frothy white and takes its time to dissipate. It is a fairly lively beer as bubbles make there way upu from the bottom in  a constant stream for the 20 minutes that it is in the glass. White lacings are left along the inside of the glass after sipping. No corn or rice in this one like most North American lagers.

On sipping, it is a little watery to start, followed by a slight bitterness that grows to the finish but never overpowers the taste of the beer. There are two other breweries in Romania, both own by multinational brewing conglomerates, and I wonder if they make an enjoyable lager like this one. I definitely would have a Ciuc again!

Labels: Beer of the week, Romania