A Winter Walk along Sunnyside Beach 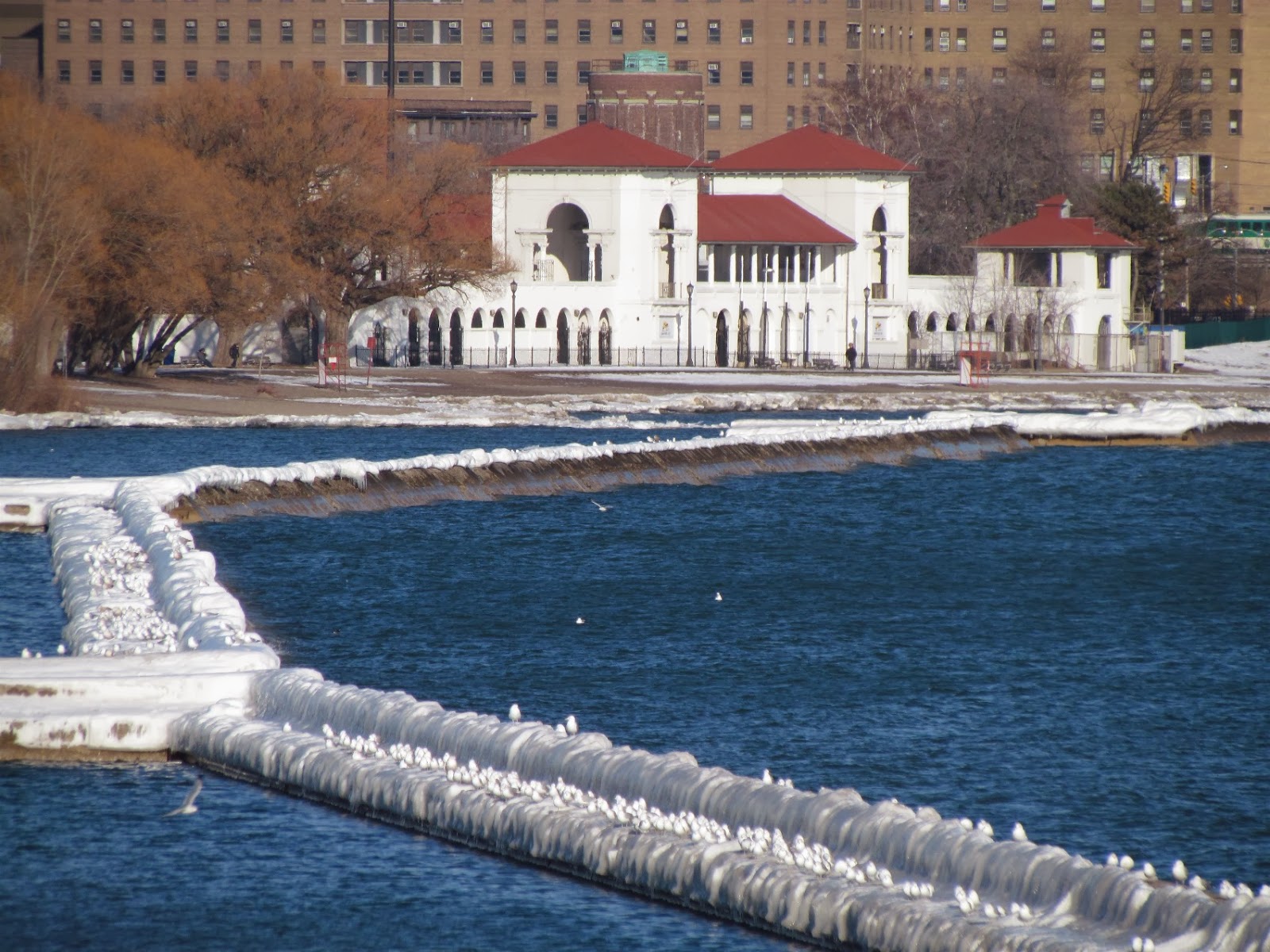 Last week Teena and I went to Sunnyside Beach to take some pictures and have a nice walk. Instead it clouded over and rained.

We headed back today, with much more luck. If you look close in the photo above, that breakwall is lined with hundreds of birds. 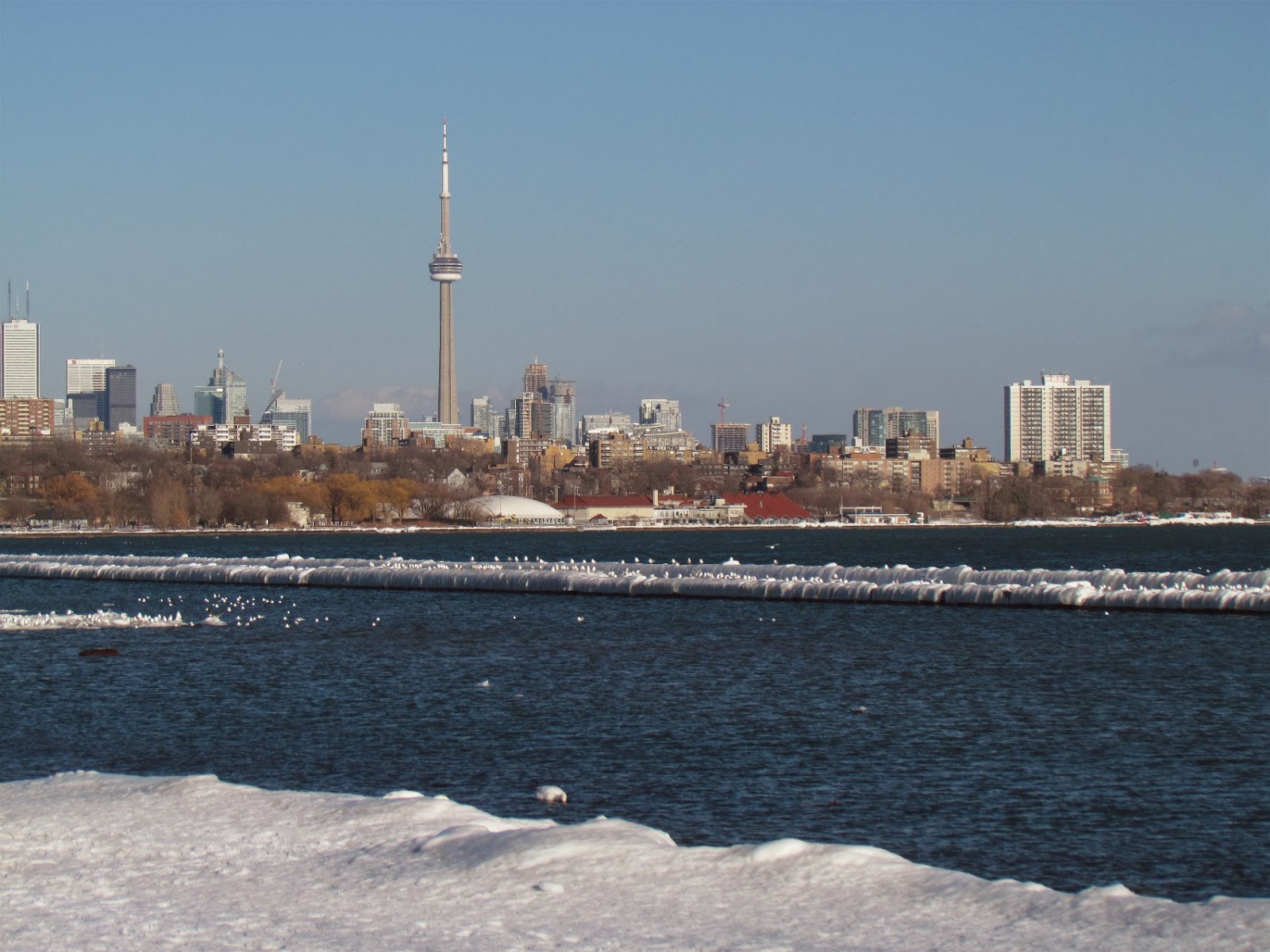 Again the birds were all out, including a couple of swans. 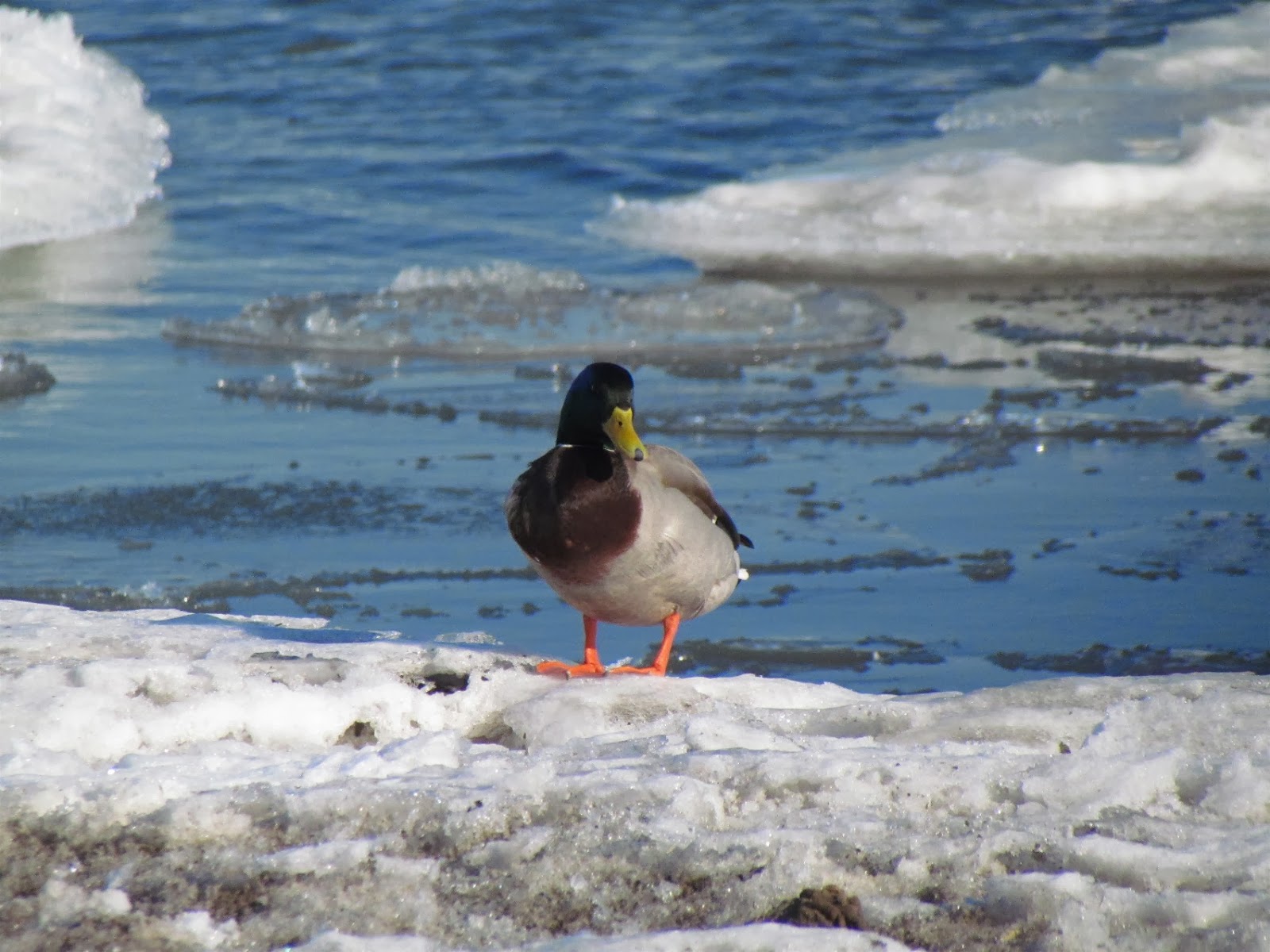 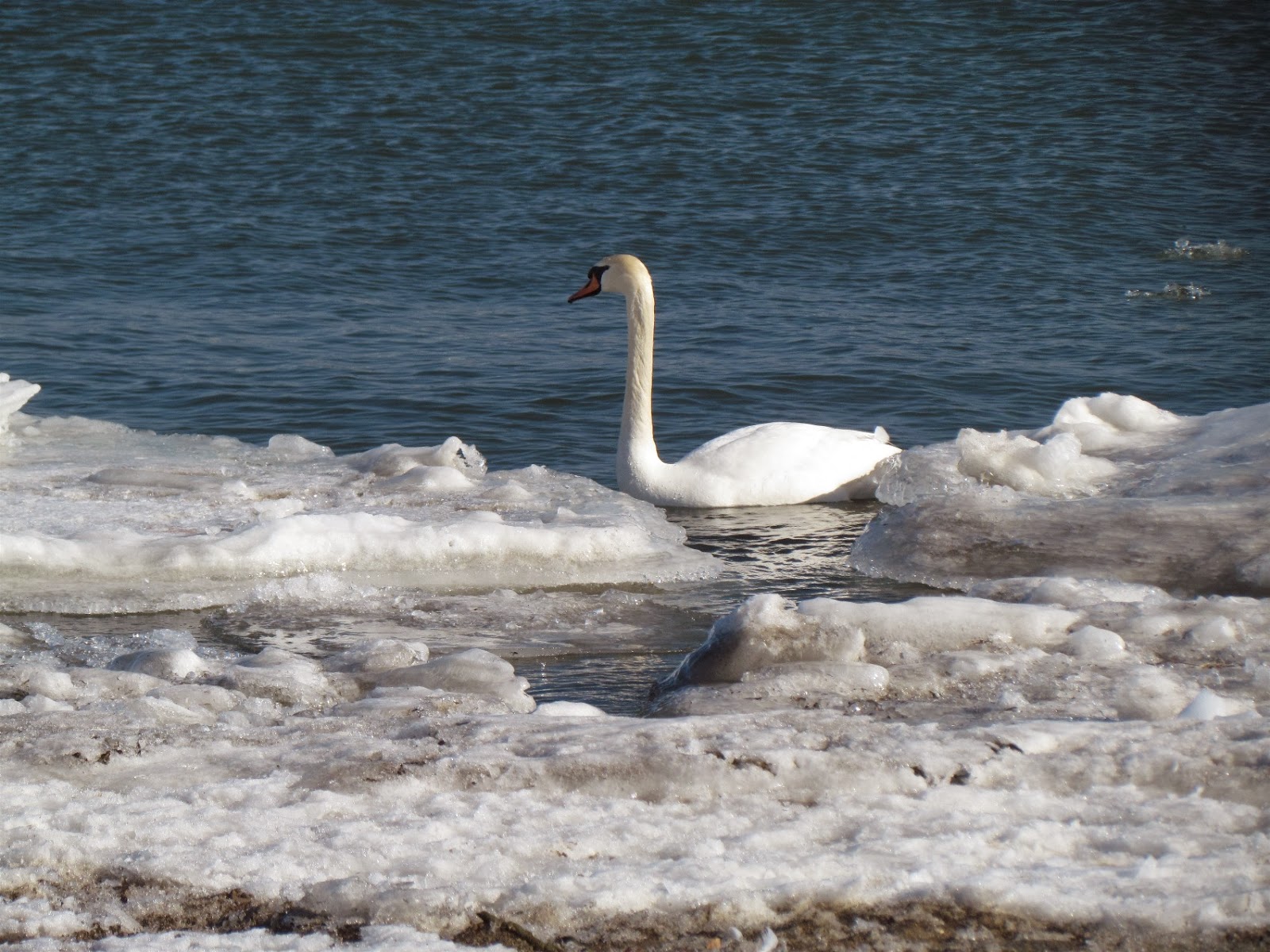 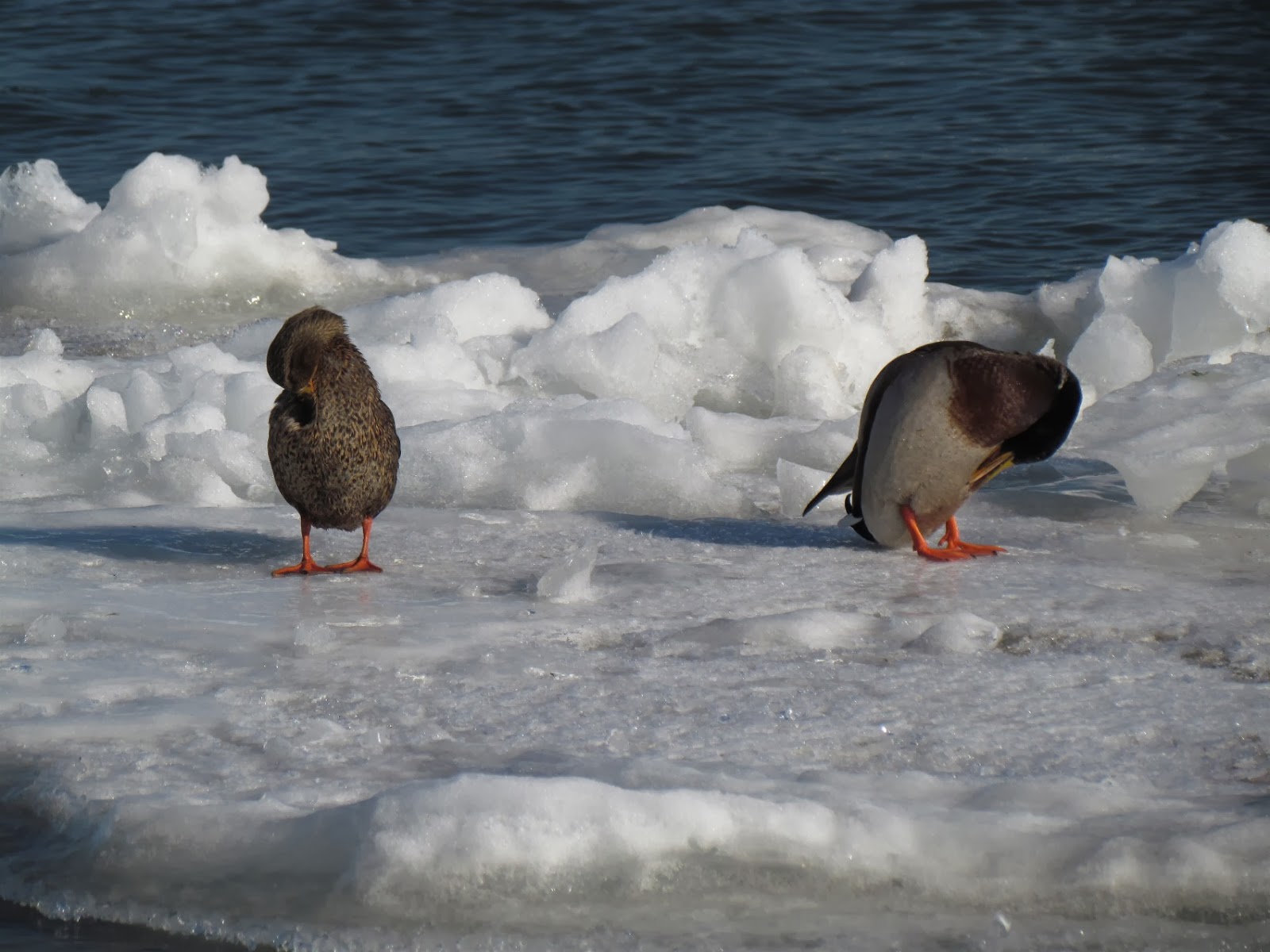 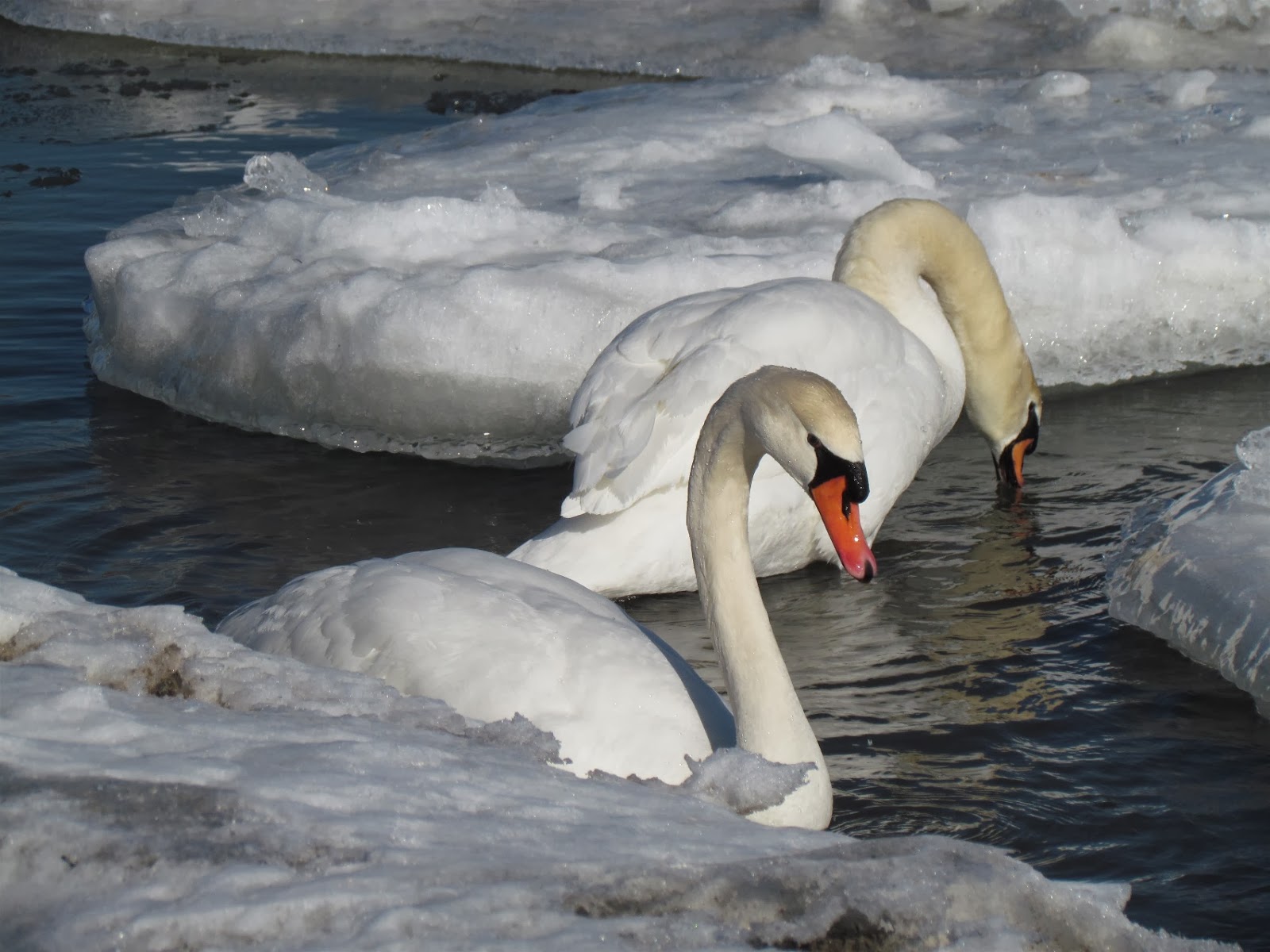 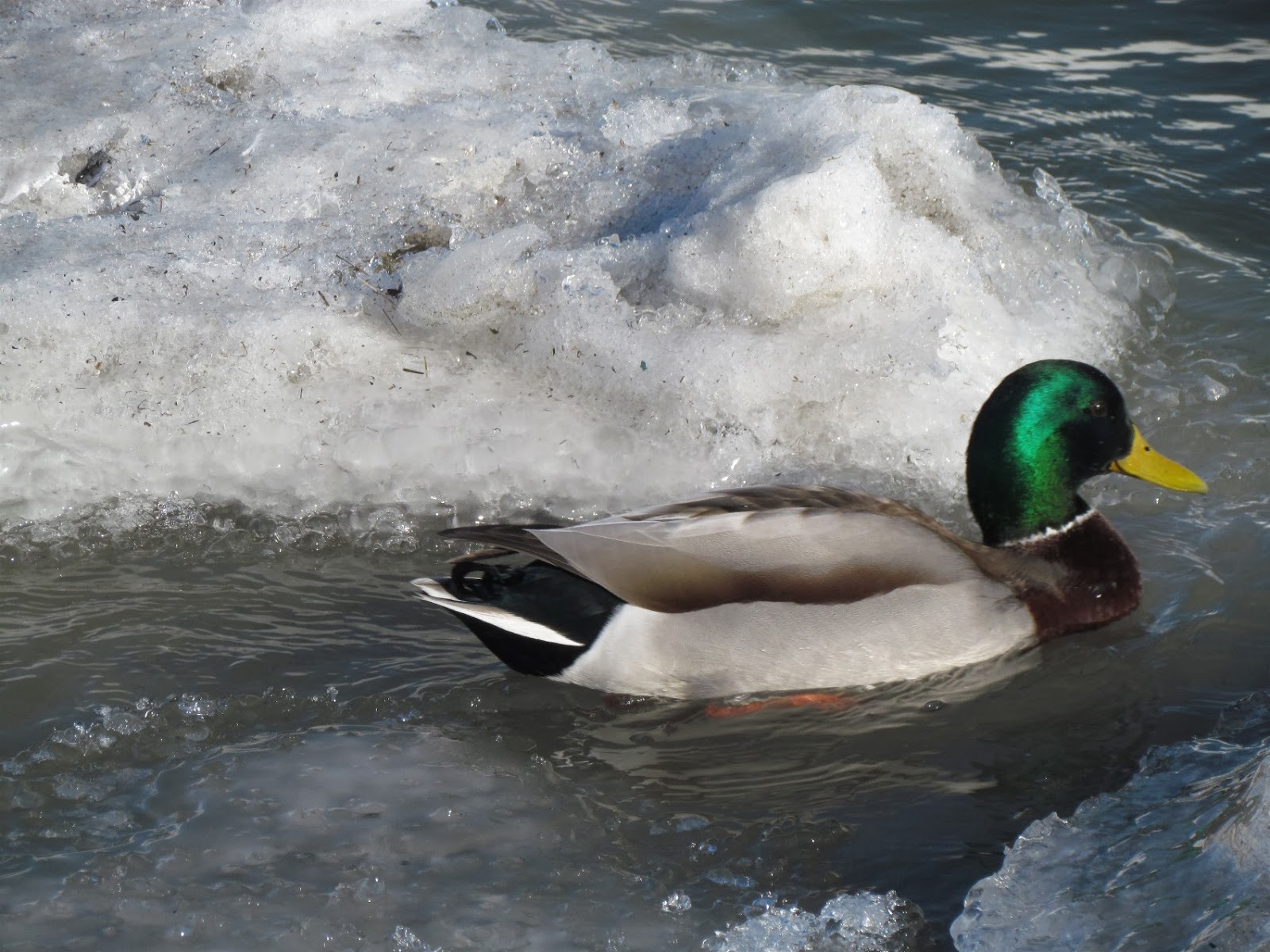 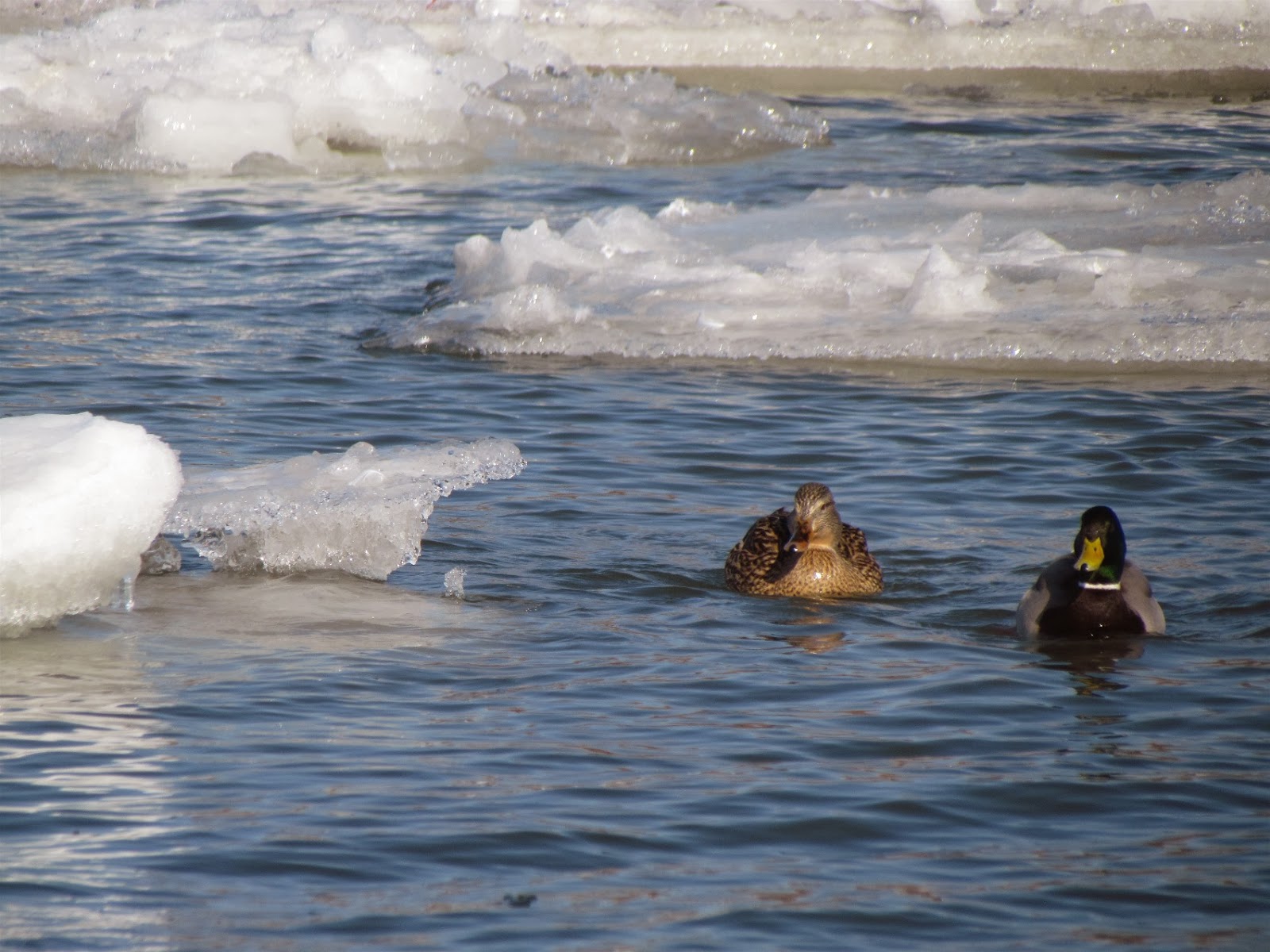 The ice had melted along the breakwall and looked very cool. 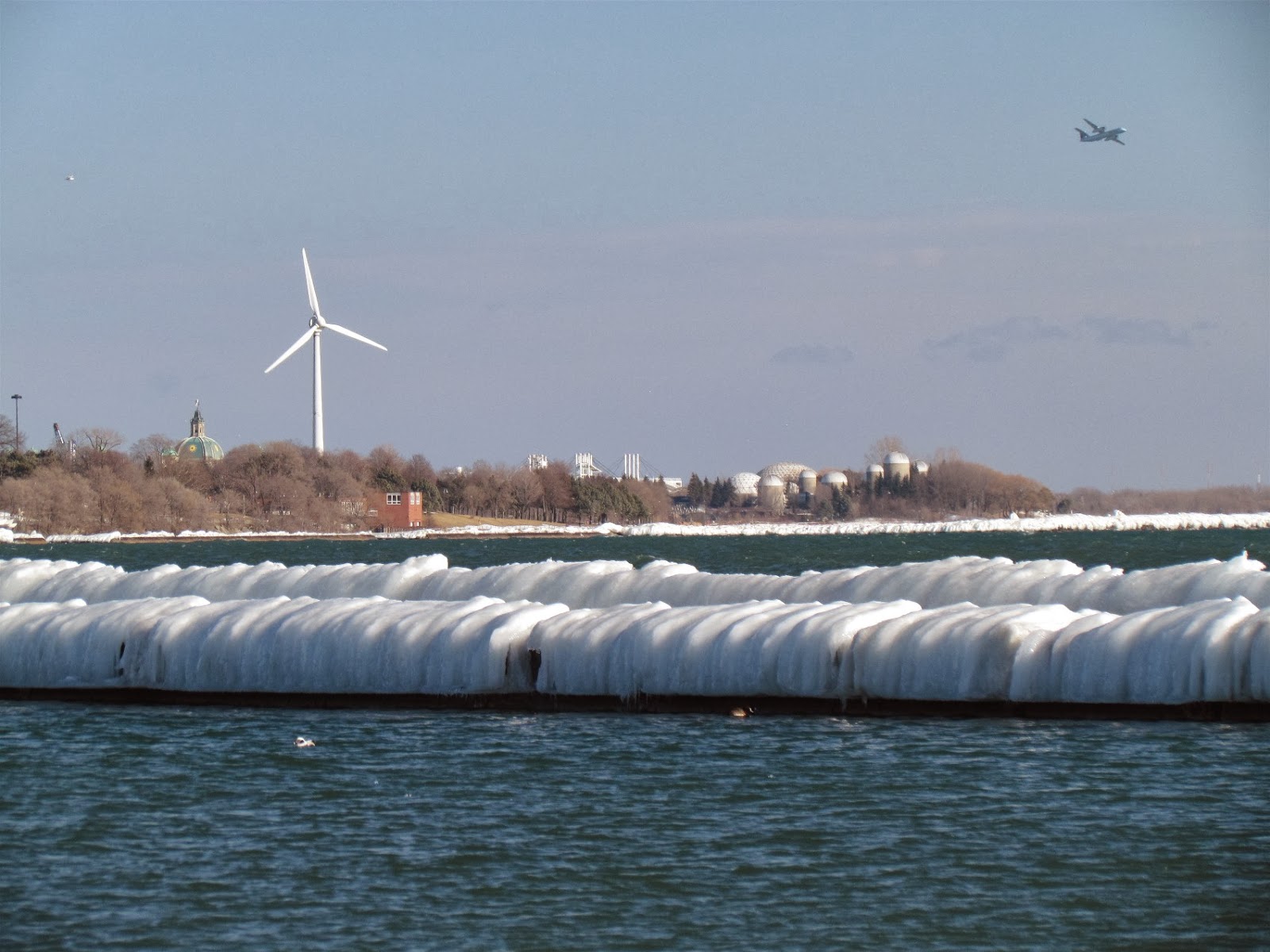 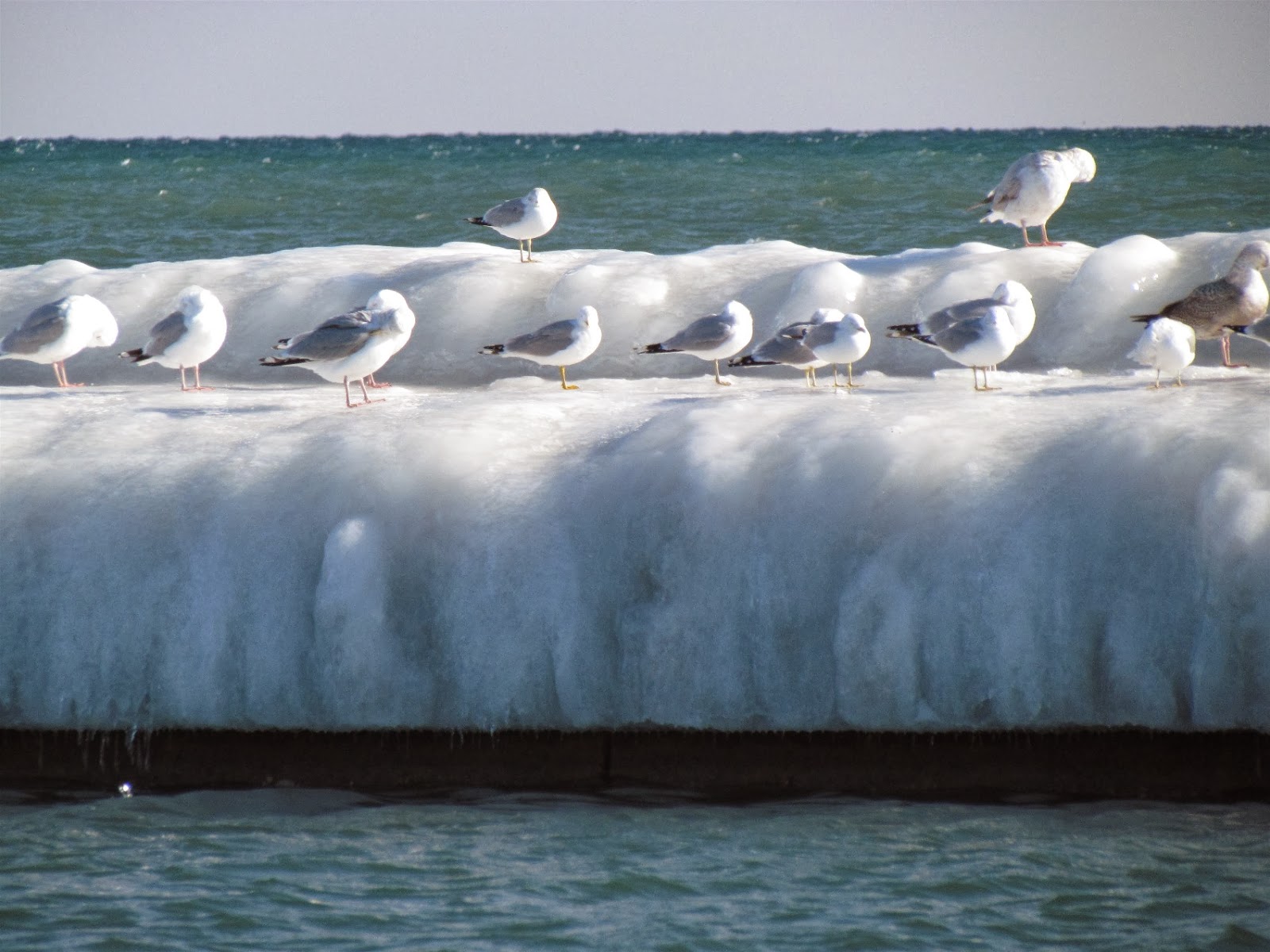 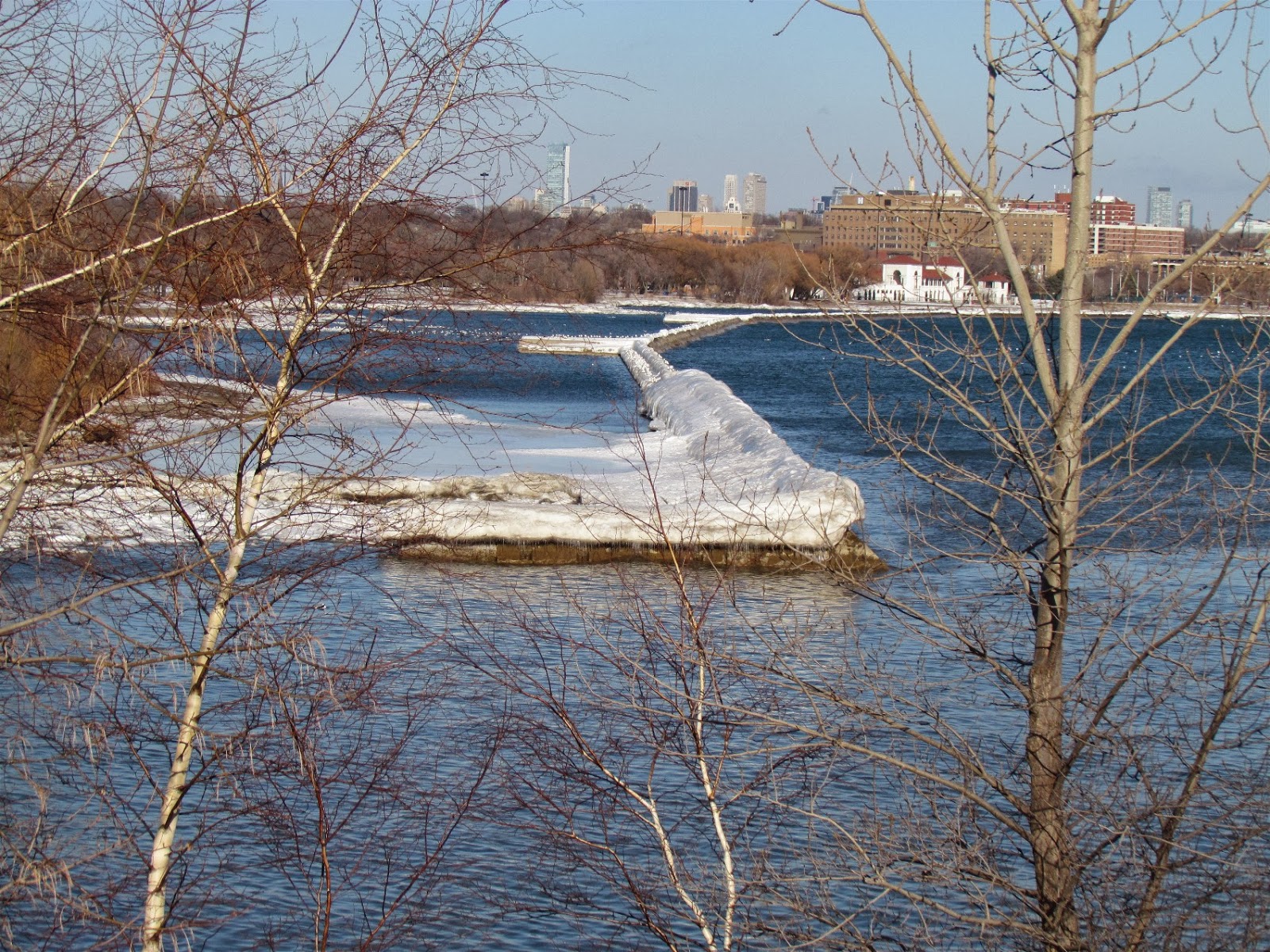 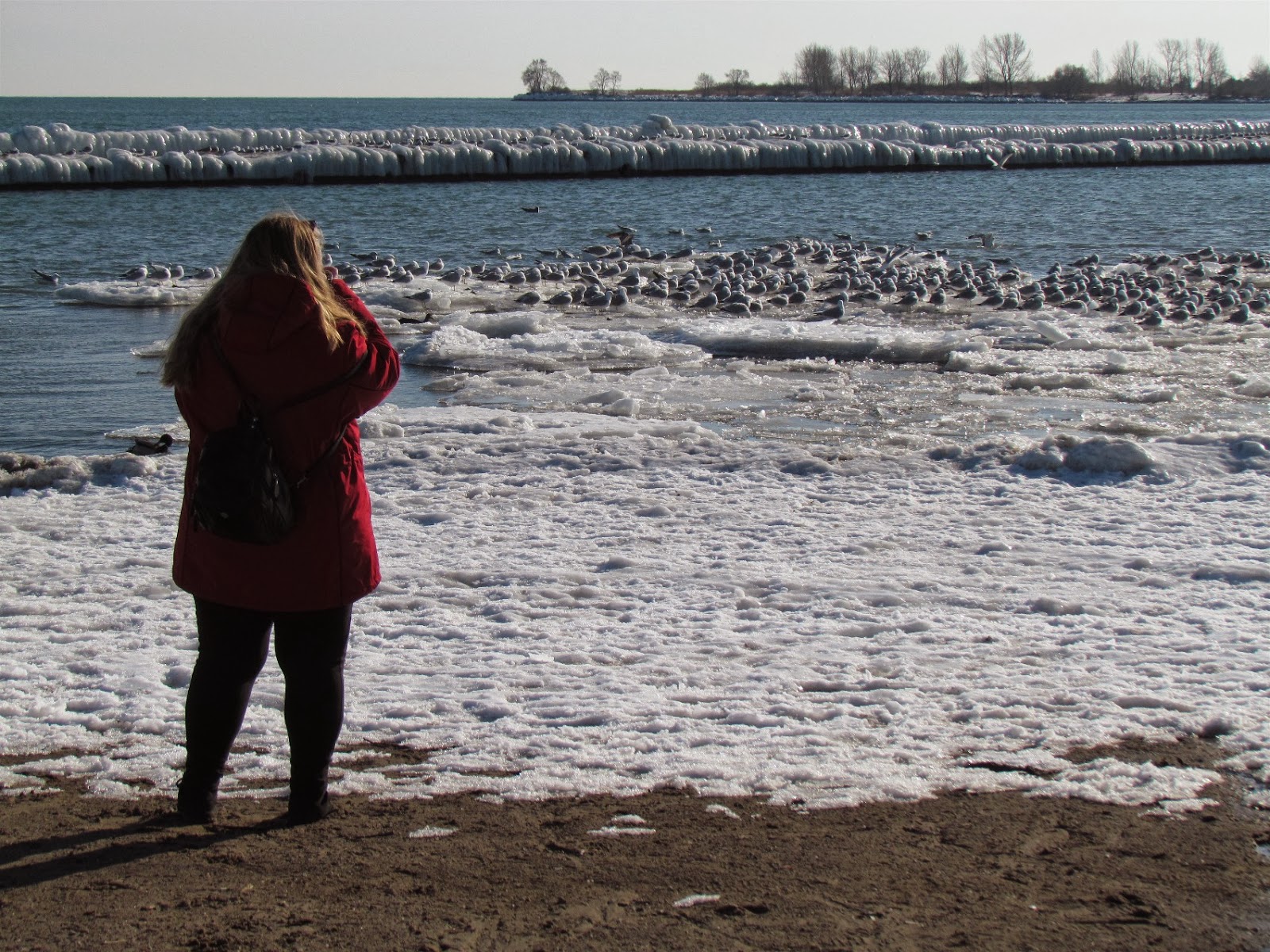 There were many down by the water, most with better cameras than mine. I do love my Canon SX30 IS,  though! 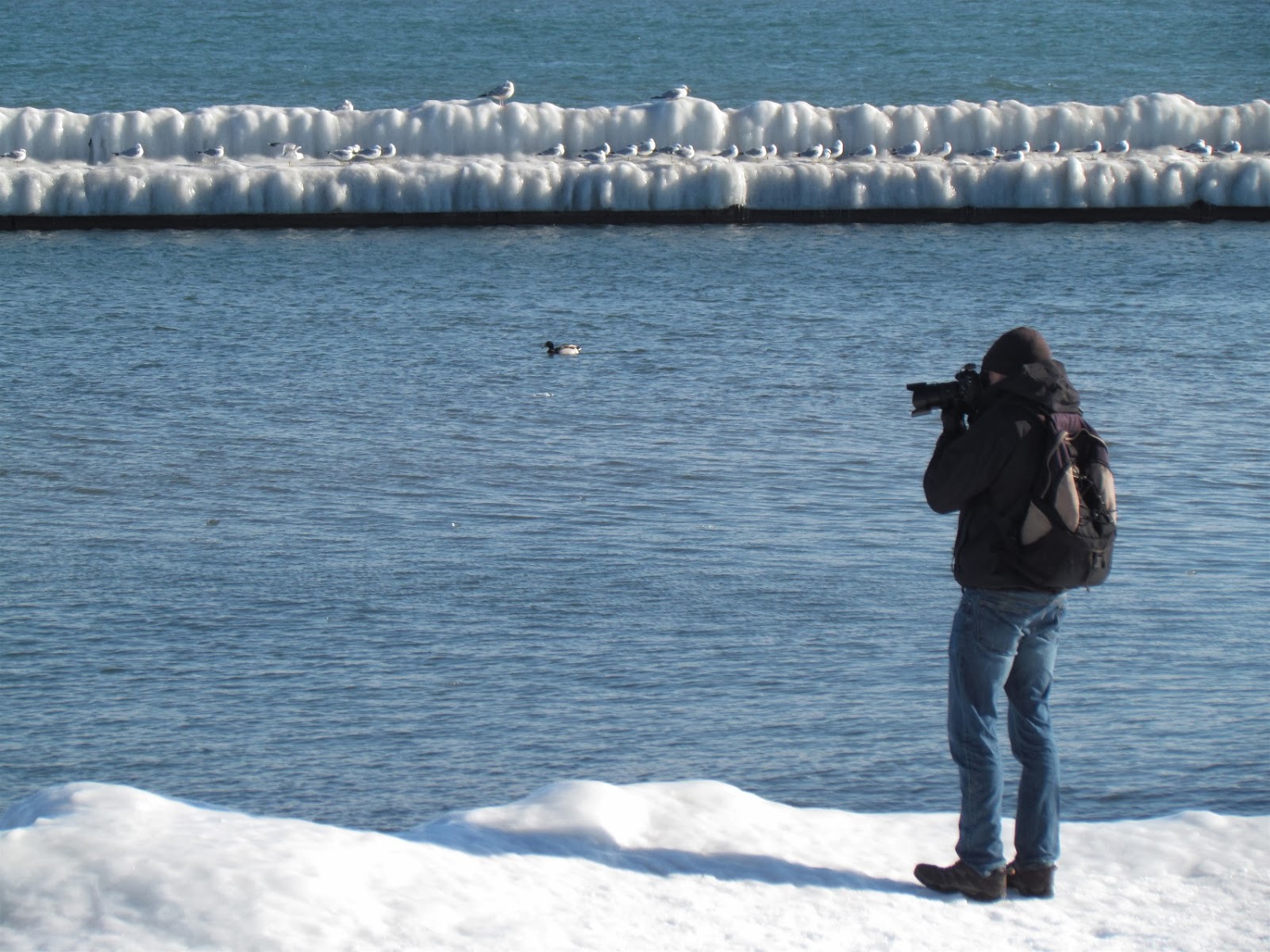 I don't like photoshopping pictures as my goal as I learn photography is to just take a great shot to begin with. My last two shots here is a nice one of a duck and a not so nice one of a small bird, that every time I went to shoot, dived underwater for food. It's the only shot I took of one all afternoon. I had better pictures of him last week. 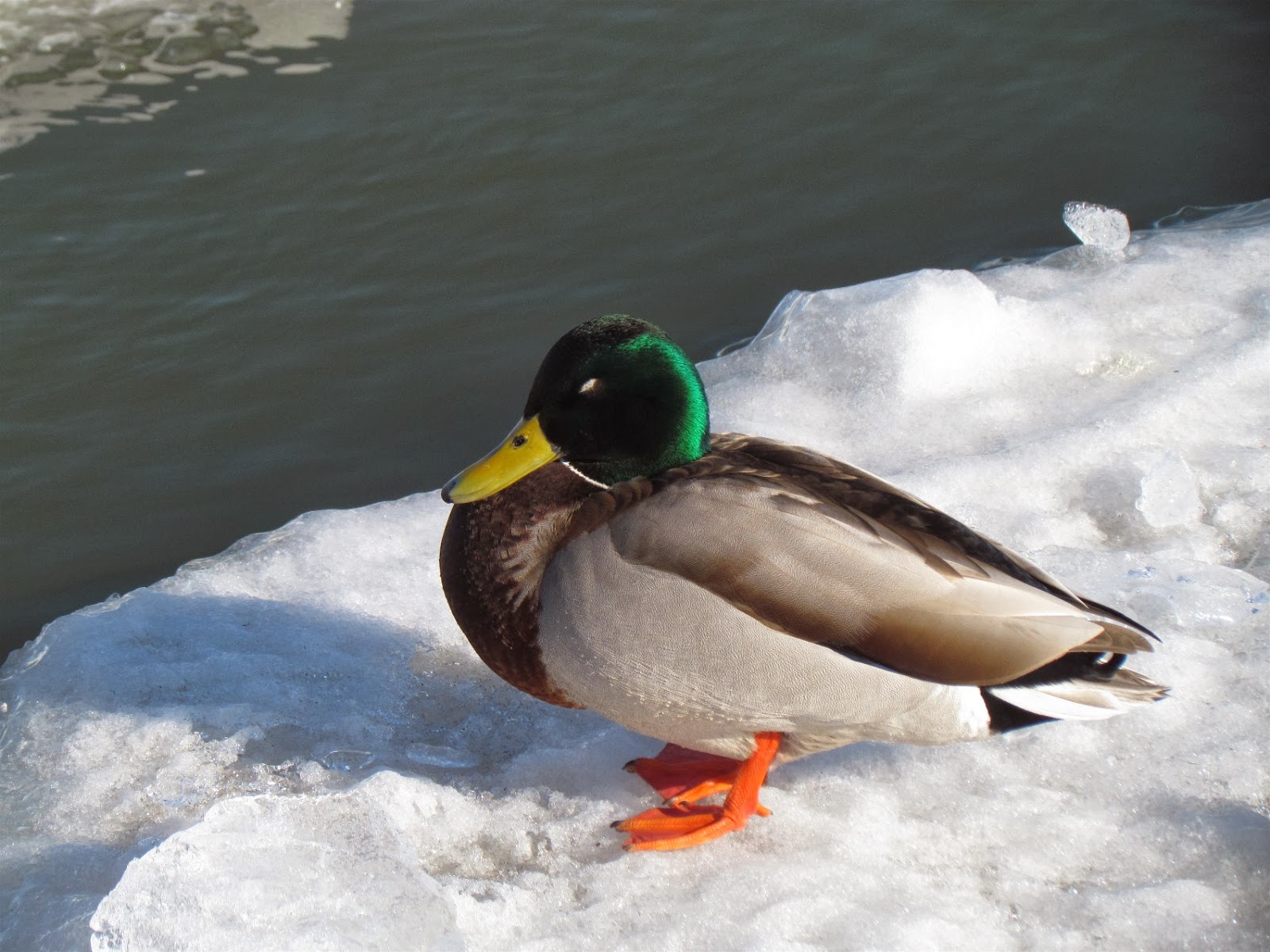 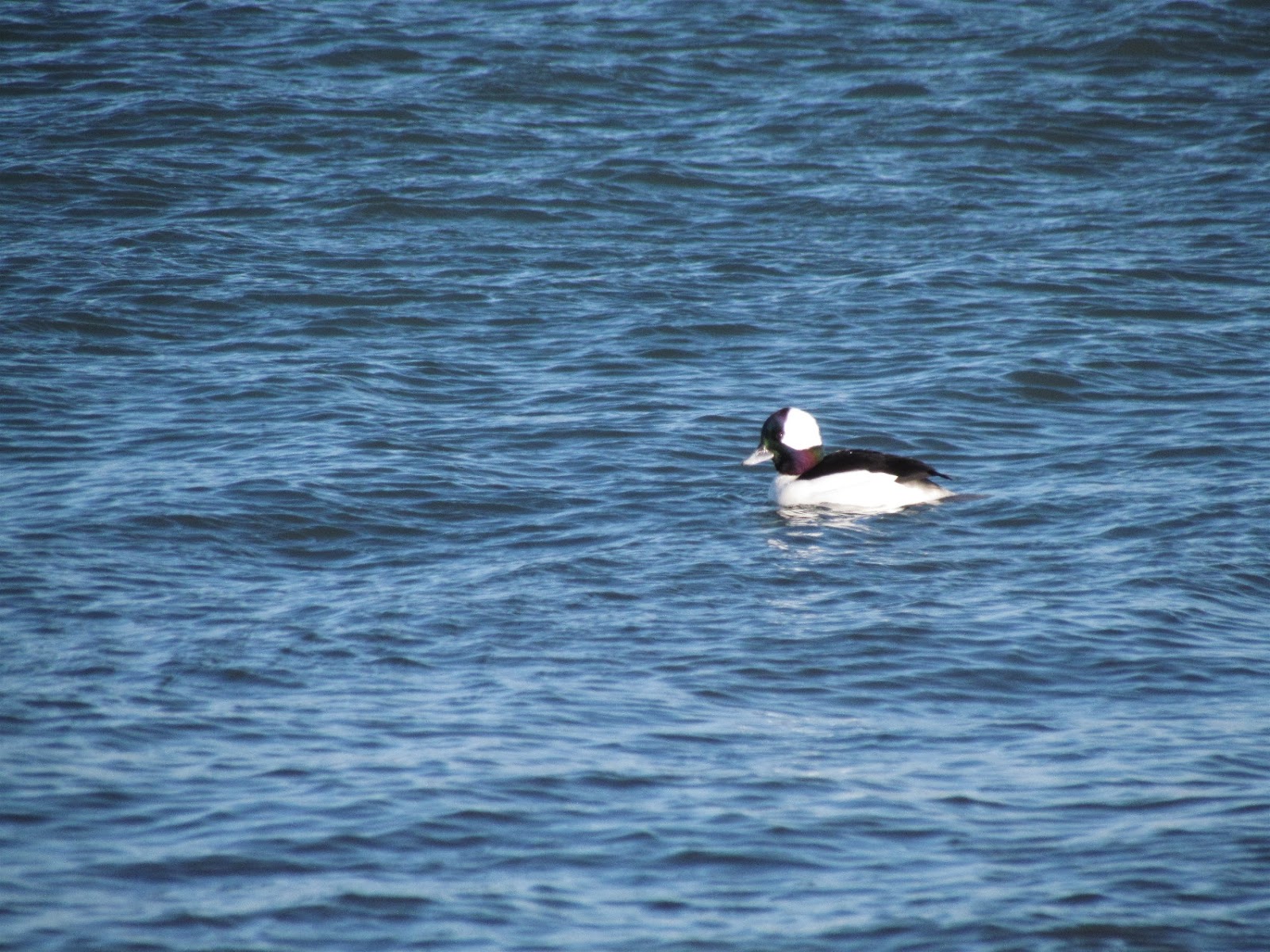 It was a great but chilly afternoon for a walk. Thanks, Teena, for suggesting this!
Posted by Swordsman at 16:00