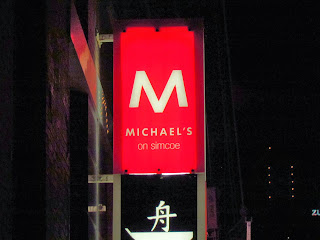 Tonight Teena and I were invited to the media launch of Michael's on Simcoe to help celebrate their one year anniversary.

Michael's on Simcoe playfully combines the best of contemporary cuisine, featuring USDA prime steak, fresh seafood and authentic homemade pastas. Classic cocktails are re-invented to tantalize your taste buds and our extensive wine list will tempt even those with the most discerning taste.

Conveniently located in the heart of the Financial and Entertainment districts, Michael's on Simcoe brings new life to one of the most energetic districts in downtown Toronto. This restaurant breaks down the barriers of a traditional steakhouse by challenging the overly masculine ambience that has long been the trademark of its genre.

It is a very nice, upscale place! 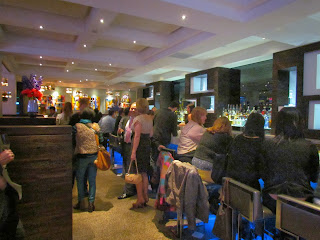 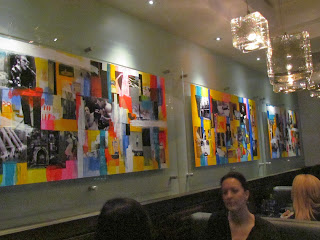 The food was great. My favorite were the chicken sliders. 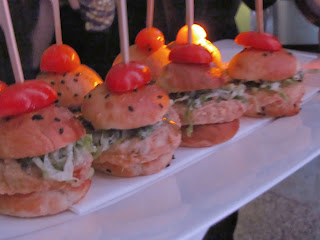 My next favorite was the steak tartar. I have never had it before. They served it two ways. On a cracker was my favourite! It was very nicely spiced. 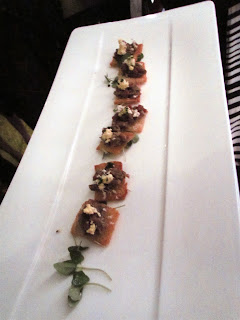 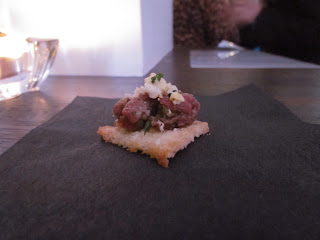 There was a band, Tyler Varema and his Rhythm, that played jazz and swing music. We really liked them and plan to get out to a club to hear them sometime. They played a lot of swing songs that I haven't heard in years. Gotta love big bass fiddle players! 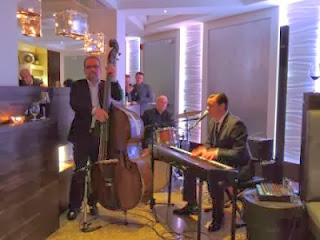 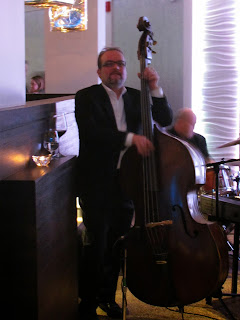 This was an interesting picture hanging at the entrance to the men's room. 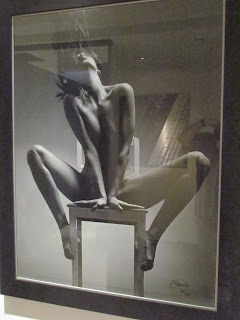 Teena described the woman's washroom as "the coolest I've ever been in"! Teena's post has pictures and descriptions. Yes, it was that cool! I was jealous!

The bubbly was great and flowed all night. 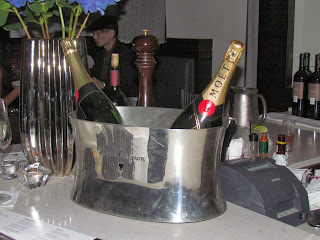 It was a great night. Thanks so much for the invitation! 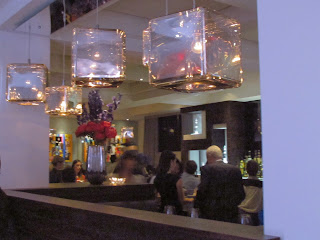