A Ten Inning Win for Blue Jays Over The Red Sox 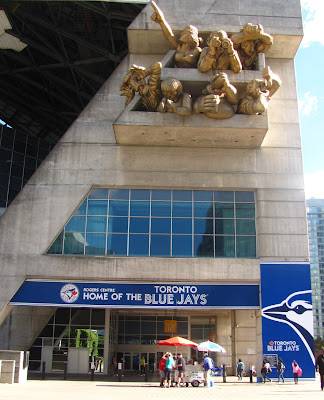 This evening Teena and I were invited to the launch of Bacardi at the Park and were also given tickets for the game. The Blue Jays lost in 11 innings last night so hopefully we would get some revenge tonight. 31,695 fans were there to help cheer on the Jays. 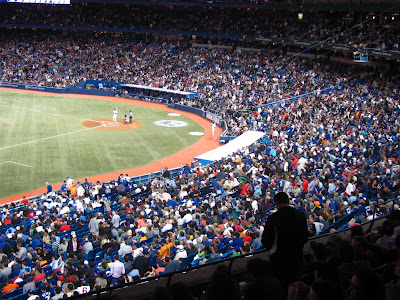 Esmil Rogers started the game for the Jays and pitched well, giving up only one run in six innings. Look at the torque in his arm as he throws the ball! 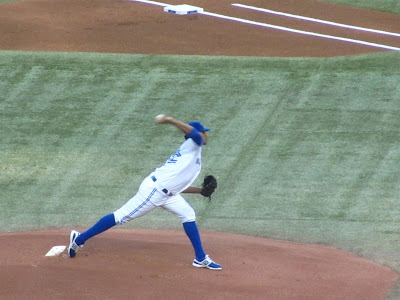 Here are Teena and I enjoying the game. 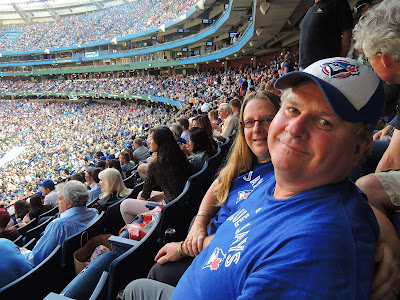 Edwin Encarnacion belts a double in the fourth and eventually came in to score. 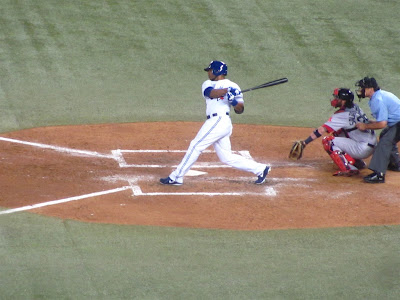 Brett Lawrie fouls one off. He has been hitting well lately. 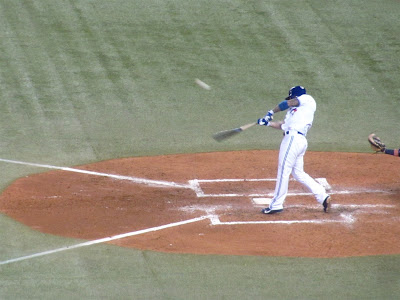 Fans love Munenori Kawasaki and he got a great ovation every time he came to back but was hitless on the night. Here he is taking a pitch for a ball and fouling one off. 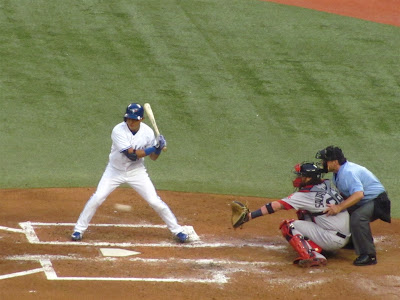 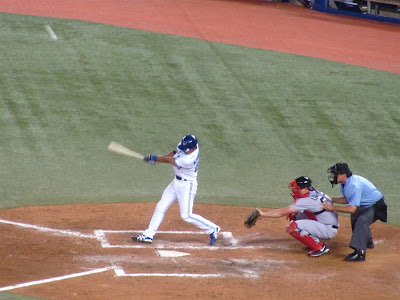 Jose Bautista takes a mighty rip to foul one off. He too was hitless for the night. Seems I took a lot of pictures of foul balls! 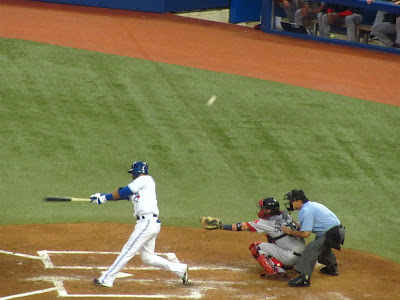 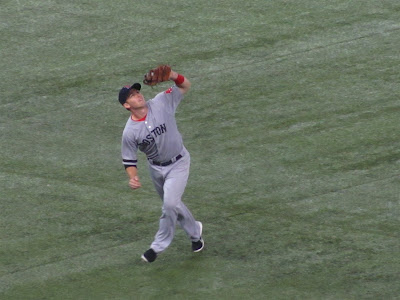 Action on a pitch. 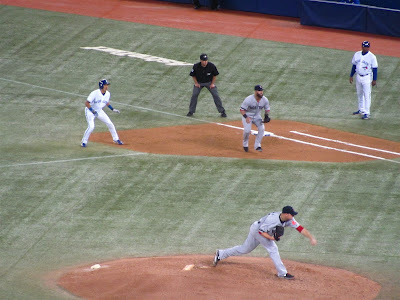 OK, it's the ninth inning and the Jays are ahead 3-1 but Mike Napoli hits a two run home run for Boston to take the game into extra innings. Too bad for Esmil Rogers who, on his 28th birthday, was in line for a win. There would be no Blue Jays loss tonight, though. Remember I said Brett Lawrie was hitting well lately. In the bottom of the tenth inning with Raji Davis on third, Lawrie's hustle results in an infield single driving in davis for the winning run! 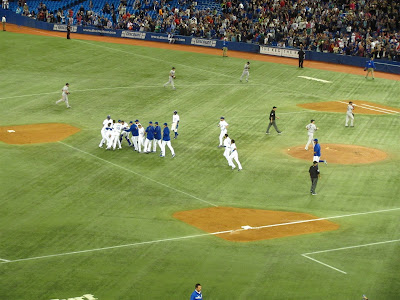 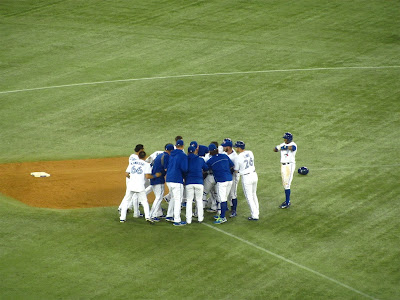 Blue Jays win 4-3 and my record at Blue Jays games this year is now 5-1! Hopefully I'll get down to another couple of games before the season finishes. 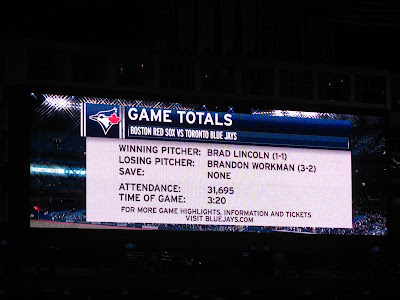