Bacardi at the Park Launch Night at the Rogers Centre 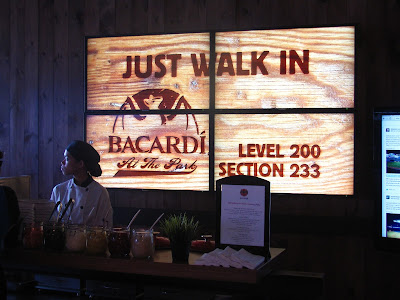 Tonight Teena and I were invited to the official opening of Bacardi at the Park in the Rogers Centre, located on the 200 level, on the third base side. It was quietly opened in May and now they wish to spread the word.

This is one of a few bars on the 200 level and is very well done. There are good sight lines for the game and cocktails. We were there for the pregame warmup drills. 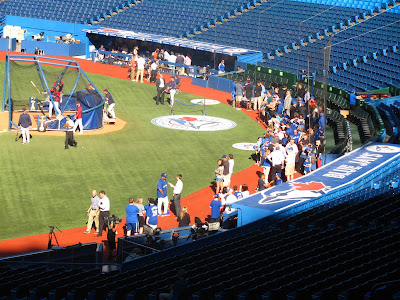 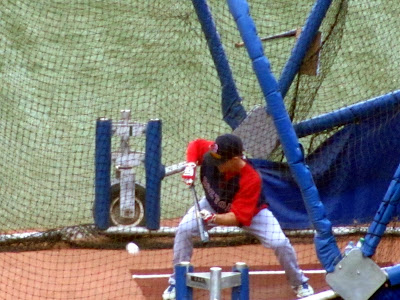 I made some new friends at the door! 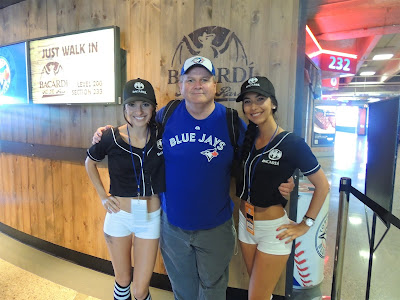 The food was great. I loved the tortilla chips, fresh and nicely salted, and the hotdogs with a variety of toppings. I had onions caramelized in Bacardi Rum, which was good (the picture did not turn out). Here are the sliders which I loved. The turkey sliders were the best. In the back of the picture are french fries which came with different sauces that Teena tried. 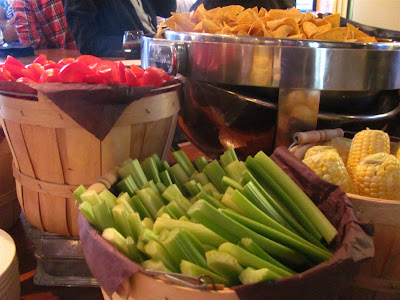 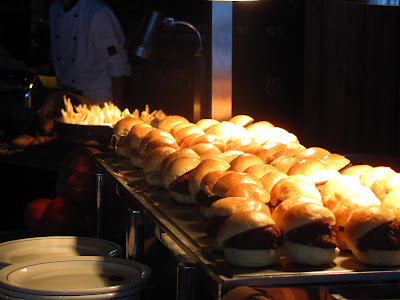 Trevor was in charge of the cocktails. This is the Blue Jay Mojito ... Bacardi Superior Rum, lime juice, blueberries and blueberry infused syrup, plus fresh mint. I enjoyed it! 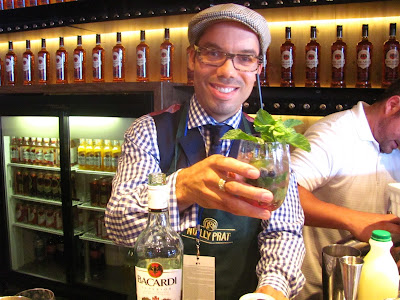 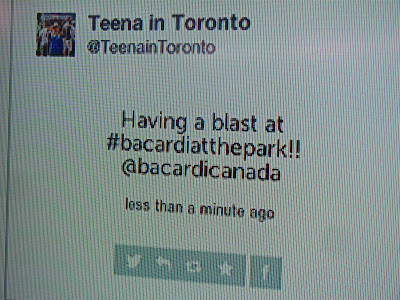 The bar is quite nice. 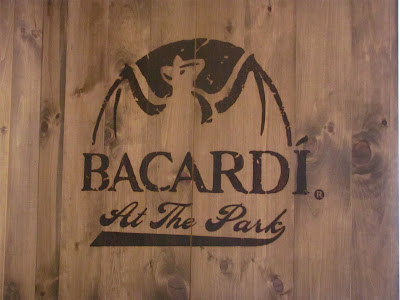 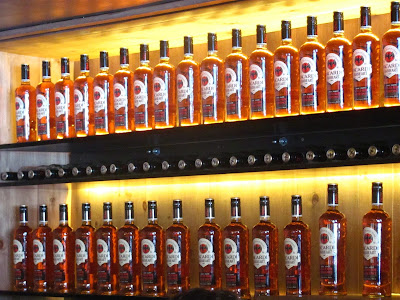 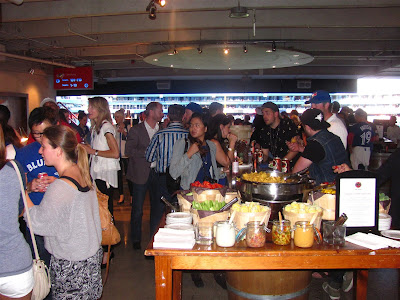 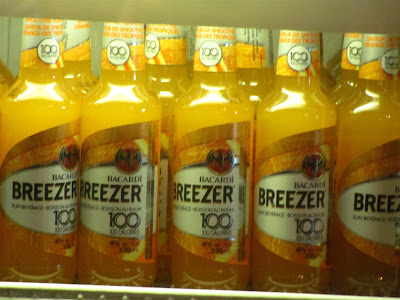 I will say that the regular Bacardi Products I find a little lacking but have always enjoyed the Bacardi 8, which is based on an old Bacardi recipe. That said, there are so many spiced rums out there which I hate. Most have too much vanilla in them but I had the Bacardi OakHeart Spiced rum and really did like it!

The Bacardi at the Park bar is on the 200 level on the third base side. Our event was over at 7 but even after we were out and the game had started the place still had a good vibe. I look forward to returning on another game day. 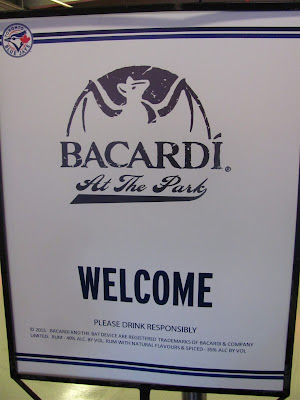