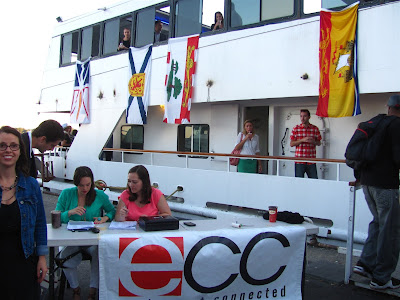 Tonight Teena and I went on a charity boat cruise put on by East Coast Connected, which brings together "ex pat" Atlantic Canadians. Teena is from Nova Scotia.

East Coast Connected believes that Atlantic Canadians who have moved away are still, at heart, Atlantic Canadians. More than that, we believe that they are still a valuable resource for their home provinces – whether you’re talking about investment opportunities or fundraising for your former local charity, this diverse group of people is full of passion and goodwill.

Tonight the cruise was in aid for Youth in Transition who runs Chrysalis House for young women between the ages of 16 and 19 who lack family support remains a group at risk of developing significant problems in their physical and mental health. Additionally, they are at risk of becoming homeless. Too old for child protection services, yet too young to be considered adults, these youth have no voice. Youth In Transition addresses the needs of these at-risk or homeless young women by offering supportive living arrangement in conjunction with a program aimed at increasing their self-esteem and independent living skills.

Tonight's cruise was aboard the Stella Borealis. We were on its sister ship a few weeks ago. 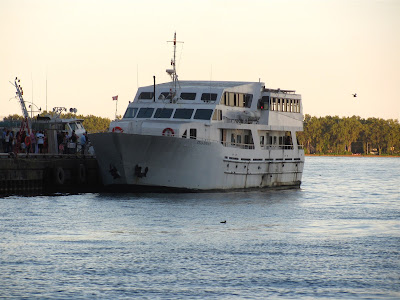 The historic Toronto ferry, the Trillium, sits across from where we boarded. 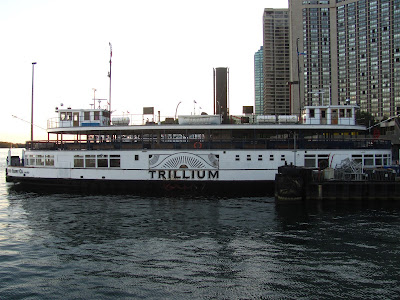 The sun was setting as we pulled out giving the water a weird colour. 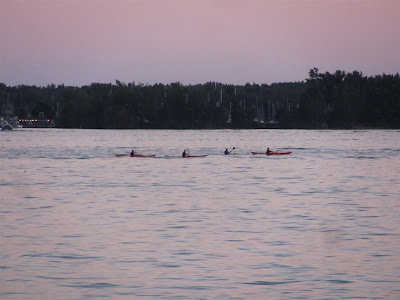 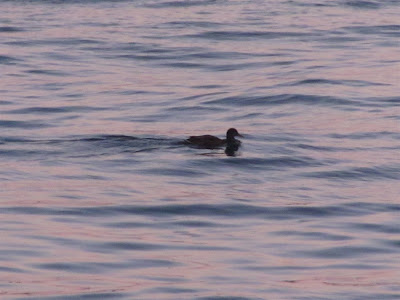 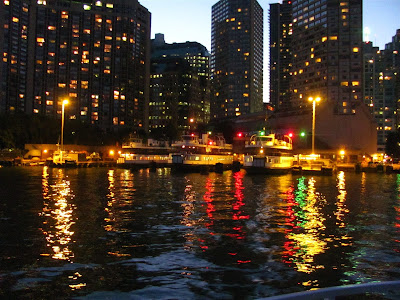 Condo blight is starting to ruin the skyline. Thankfully Rogers Center and CN Tower still have a presence. 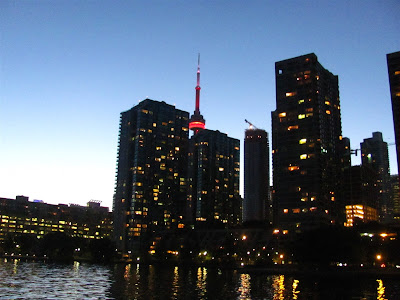 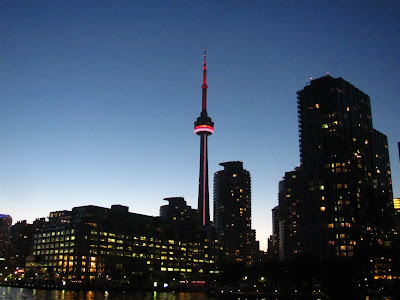 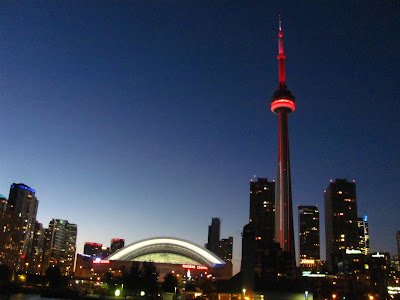 There was a great moon over the city when we pulled into Humber Bay that reflected off the water. I was very lucky in capturing this moon shot from a rocking boat! 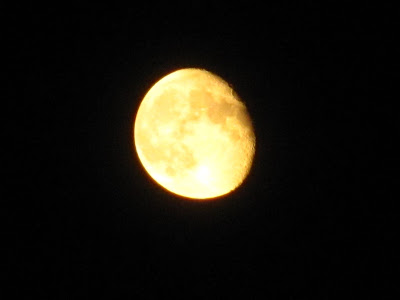 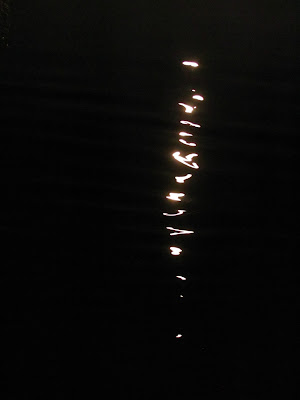 Drinks were just $5 plus tax and, of course, there was dancing! 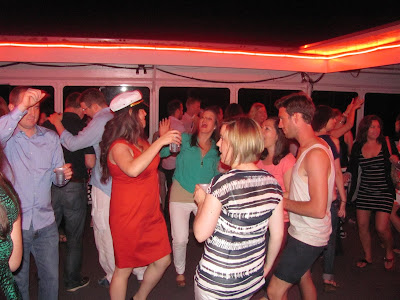 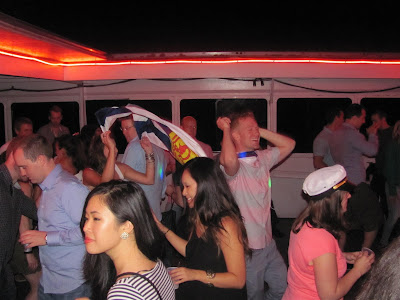 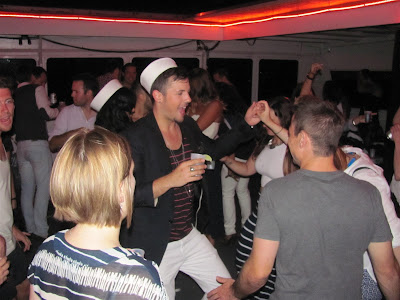 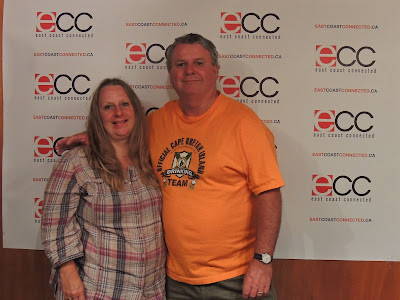 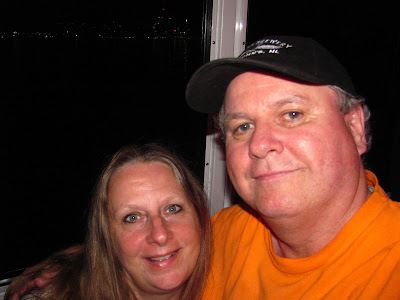 This guy is in the Nova Scotia spirit! 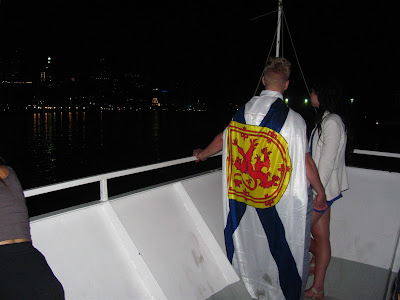 Teena and I tried hard to take a great shot of Toronto from Humber Bay as it looked spectacular. It's almost impossible to do from a gently rocking boat as the lights just blur. Here are my best two and they aren't very good. The first one has that great moon it it to the right. 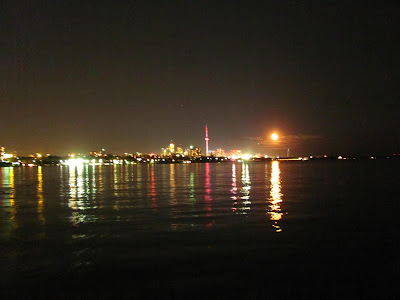 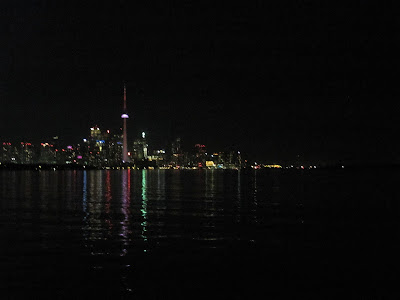 We met a lot of fun people and had a great time. My only complaint would be that the cruise was five hours long and a lot of people plus ourselves found that to be too long. Three or four would be much better.

I am looking forward to the next East Coast Connected event.
Posted by Swordsman at 23:59

Labels: Boat Cruise, Events, Things to do in Toronto