Cruising Toronto Harbour Aboard the Kajama 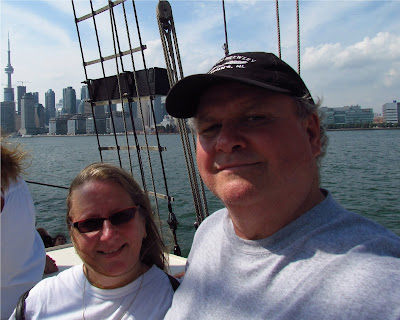 Teena and I enjoy cruising Toronto harbour aboard the now 83-year-old  Kajama for an hour and a half sail but were surprised to find we have not done this since 2010. We fixed that by taking today off to make this a great four day weekend and decided to go for a sail. 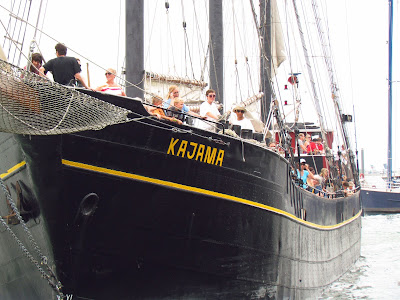 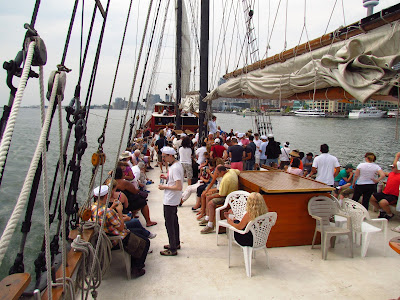 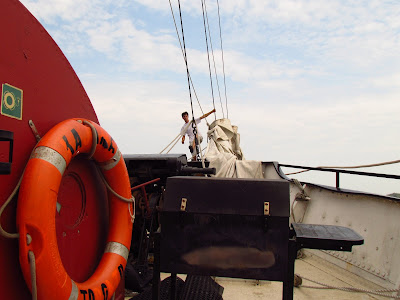 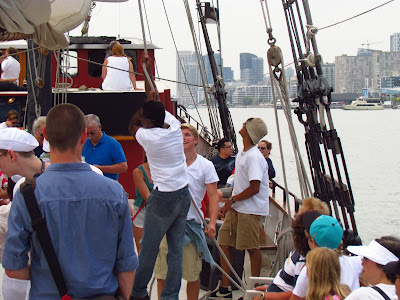 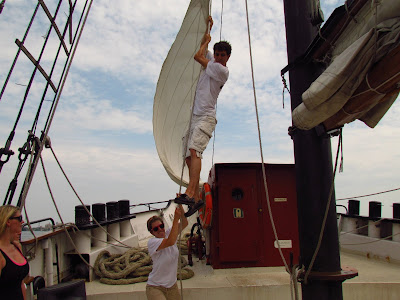 Heading out, the skies were dark and hazy. It was hard to get a spectacular picture of Toronto. As I have said before, I do not like to fix pictures so all the pictures in this post are reduced but not fixed. 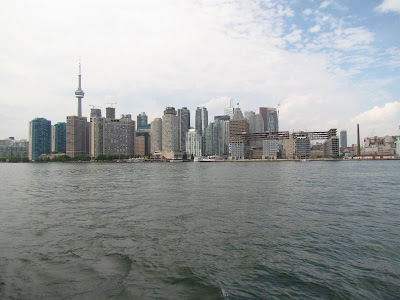 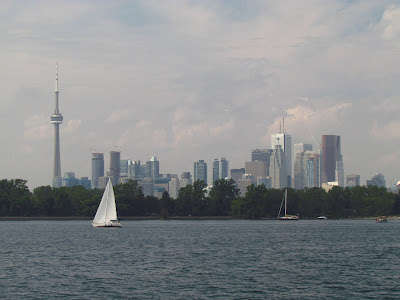 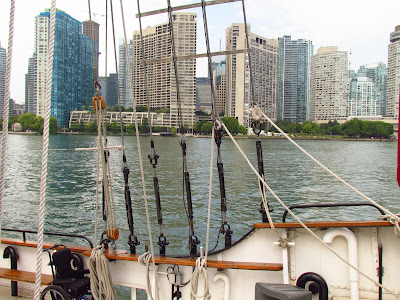 Planes were practicing for this weekend's airshow at the CNE. This was great as we headed into Lake Ontario in a different direction, through the eastern gap.

There still are people living on the Toronto Islands, squatters really, who must have paid off the right people to stay. There is an interesting article about it here. Island residents were granted a 99 year lease so maybe in 2079, the right decision about the island residents will be made. 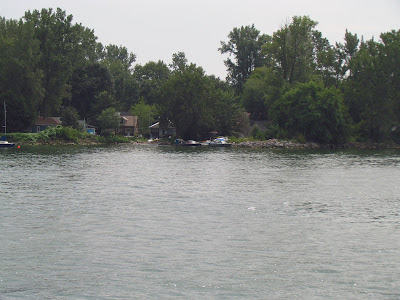 Even the birds look look with disdain at the islanders. Parkland would make a better home for them! 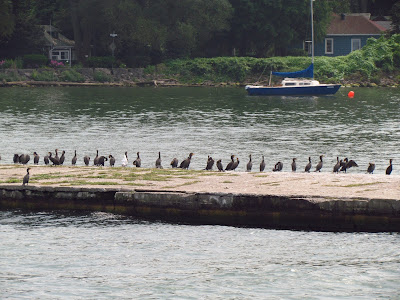 There was a group aboard all wearing sailor hats. They were quite hungry! 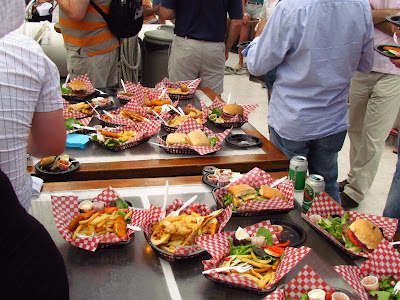 A nice beach on the island. 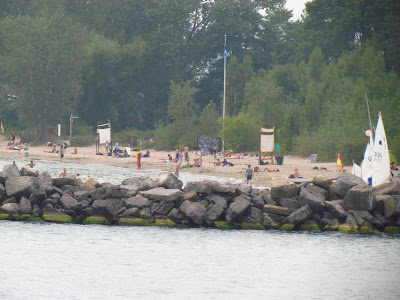 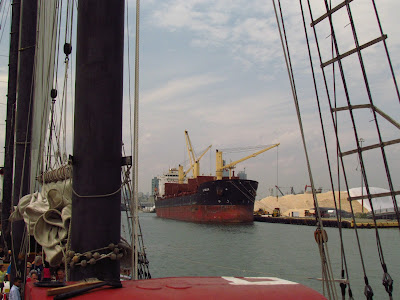 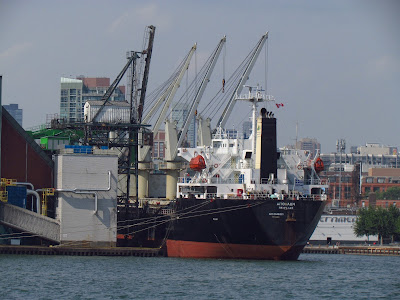 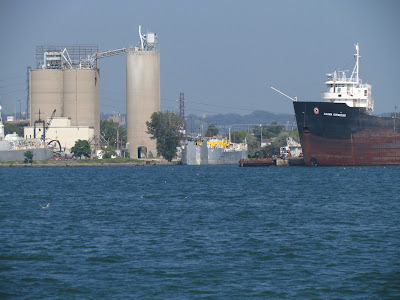 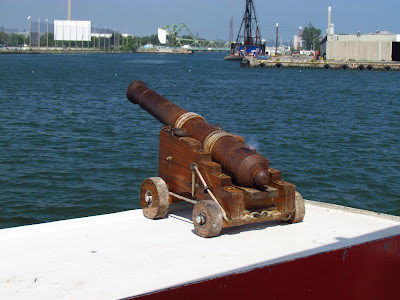 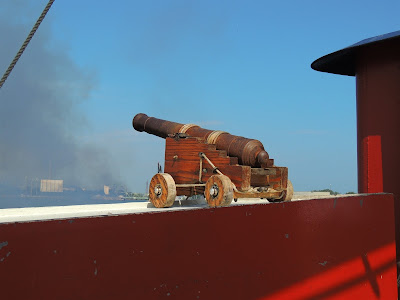 The Leslie Street Spit, now known as Tommy Thompson Park, is a wildlife preserve which the birds take full advantage of. 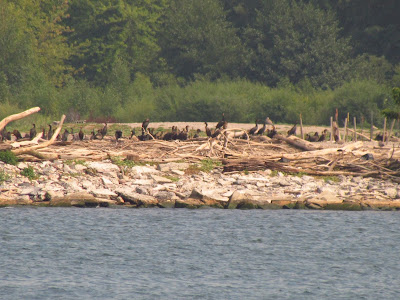 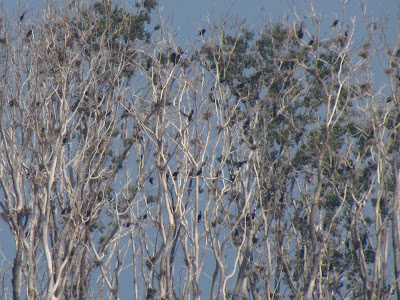 On the way in, the sun finally came out and I could capture one final good picture. 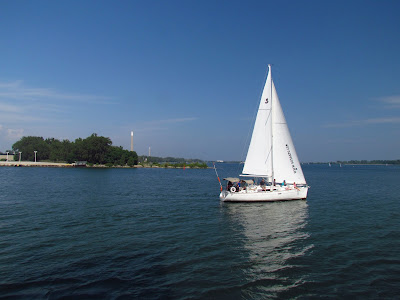 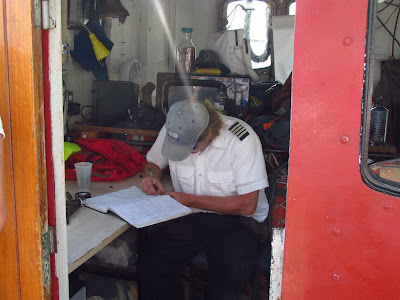 It was an enjoyable cruise which we'll will do again next year ... if we don't do another this year. After we went for a bite to eat at Amsterdam Brewhouse. We enjoyed it the first time we were there but found the food and service lacking this time. We will go back though as there is so much potential there. Teena's review of today's experience is here. 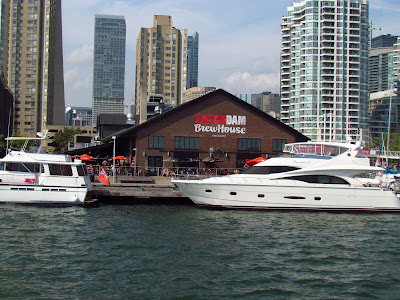 Labels: A Gord's Eye View of Toronto, Boat Cruise, Things to do in Toronto