Today is qualifying day at the Toronto Honda Indy.

Teena and I wandered over in the afternoon to take some pictures and meet up with some friends. We stopped first at the stands at corner 10 watching the cars of the Acura Sports Car Challenge take their practice. 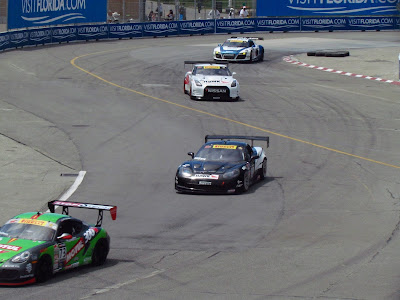 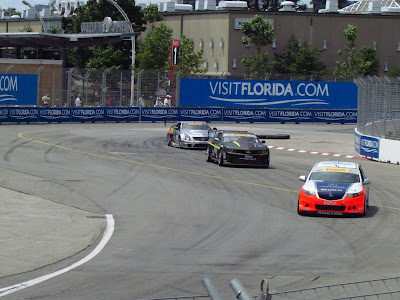 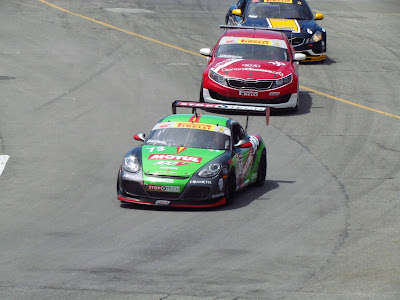 I got pretty good at following cars off of the top corner to get them frozen while passing by me. 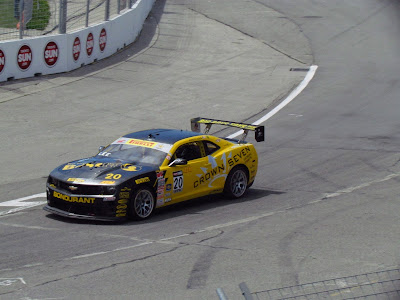 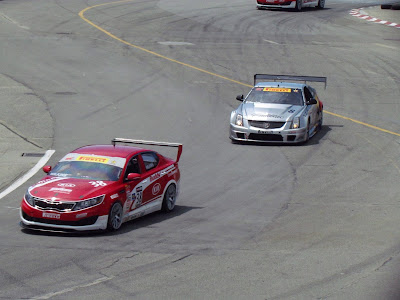 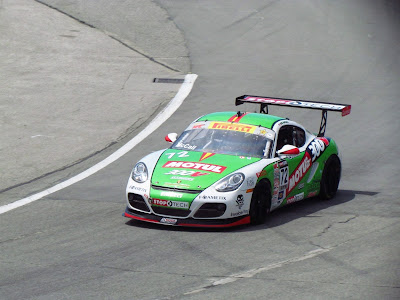 A long shot of the corner, which I think is the best place on the whole track to watch a race. I'm surprised it took them this long to put seats here! 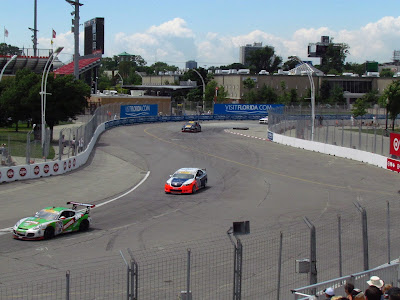 Inside the Trade Centre, the smaller teams get to work on their cars in air conditioning. Tires are costly so after a little bit of running they are scaled so they can be used the next day. The IZOD series teams don't need to worry about this. 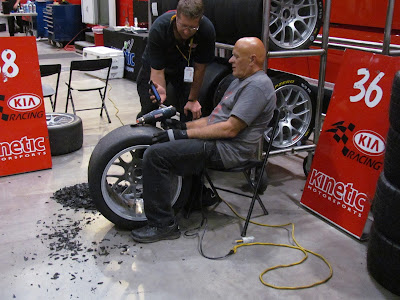 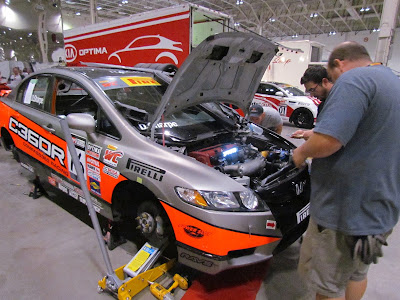 The IZOD teams, the top series, have their paddock outside. A nice fellow in front of the entrance gave us his paddock tickets. I guess he was leaving, plus the teams were out on the track for qualifying. They are $35 each and could be used after qualifying. James Hinchcliffe is the home town boy favorite and mine too! 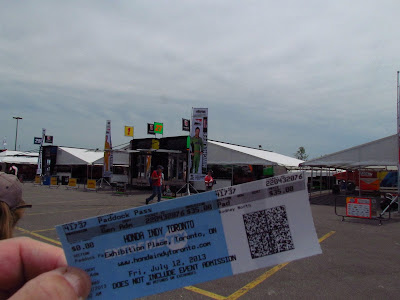 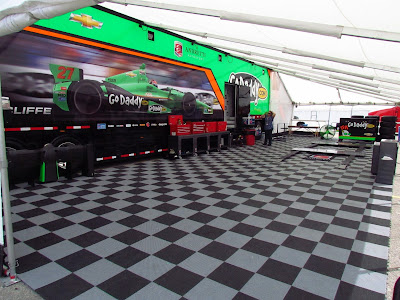 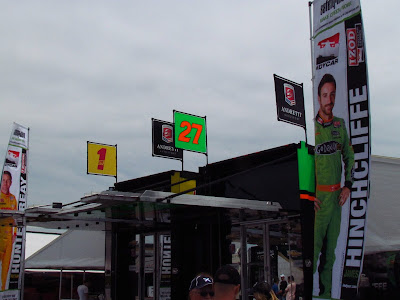 There were displays inside.

Here are Teena and I with Bigfoot! 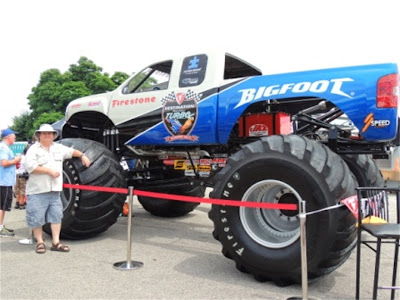 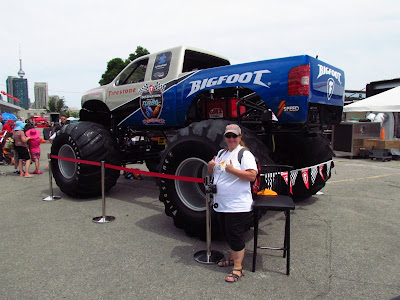 I don't like to show advertising but this was pretty amazing. An IZOD Indy car resting on 4 teacups. Quite the feat but I'm sure if you dropped them while washing them, they not only would break but would also break expensively! 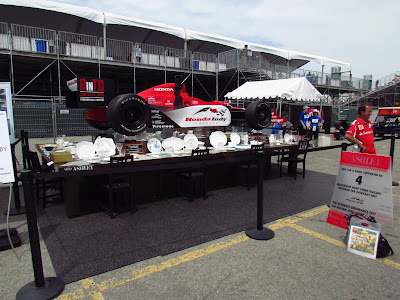 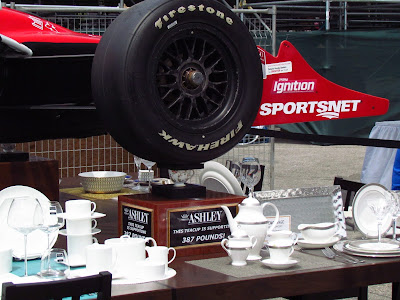 We were in the grandstands for when the IZOD teams came out for qualifying. 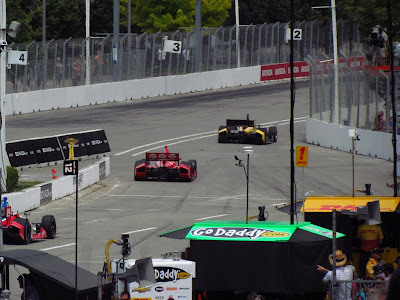 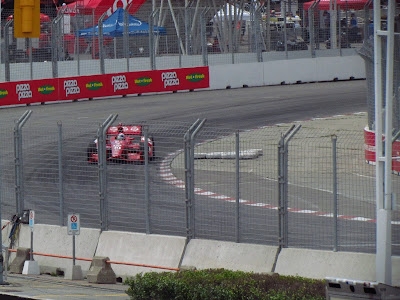 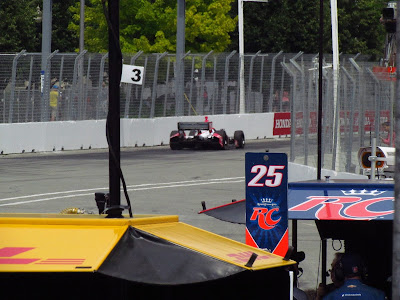 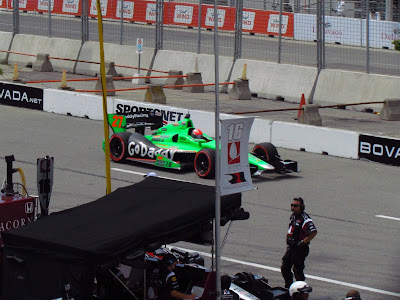 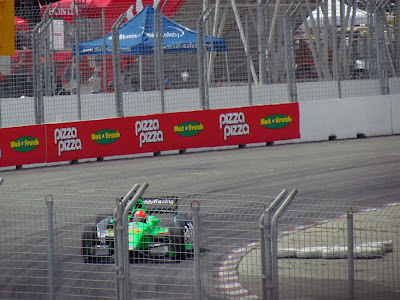 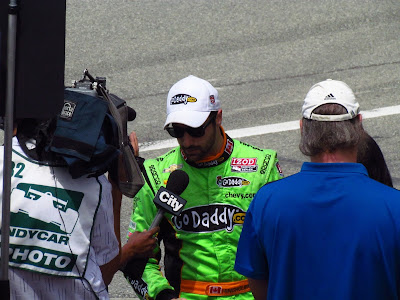 We met up with some of my old friends and work mates, from the left, Randy, Gail, Al, Danny, Teena and me. 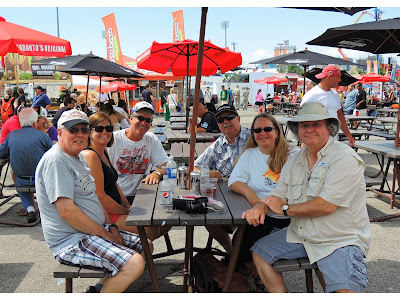 My friend, Martin, came over with his friend Davin. I meant to get a shot but everybody was talking and we never did. Sorry, Martin!

The craft beer, sponsored for the second year by Amsterdam Brewery and Muskoka Brewery, had Muskoka chairs set out on the backstretch. 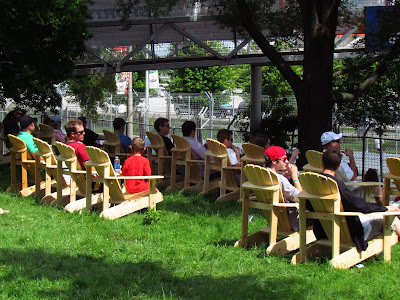 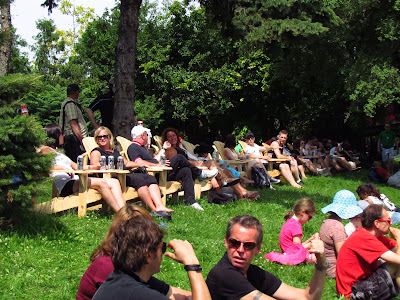 It was a fun day, one which I look forward to every year. Two races this weekend and I hope they are an amazing success! Go, James Hinchcliffe ... oh yeah, I bought a little Hinchcliffe car souvenir! 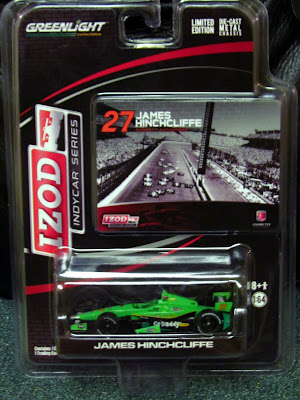