Our First Visit to Salsa on St Clair 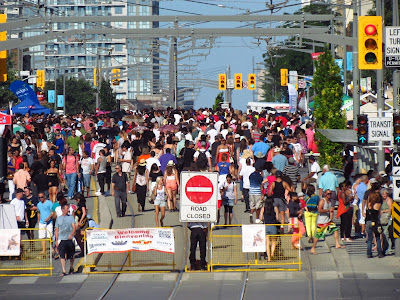 Salsa on St Clair has been happening since 2004 and yet this was Teena's and my first trip up to the event. We arrived just after 2PM and it was not nearly as crowded as the picture above, which was taken around 5:30.

The festival is very high energy and and I enjoyed most of it. There was lots of Latino and salsa music happening. Samba Squad below, is a high energy Cuban Drum band. We heard them blocks away as we were waling in from the bus stop. They were very good! 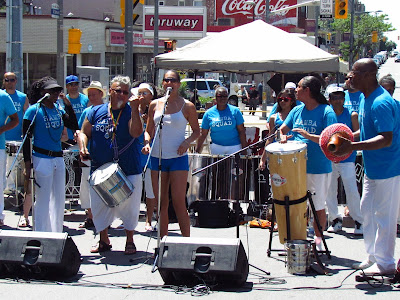 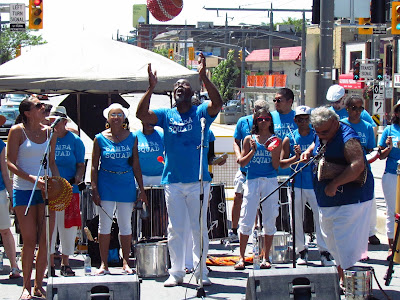 This Peruvian group is very good too. We have seen them before down at the Taste of little Italy. 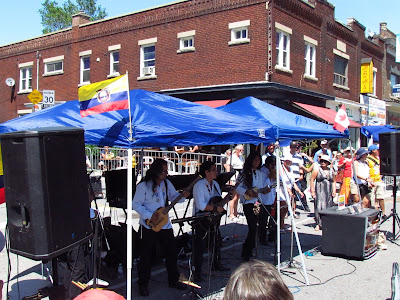 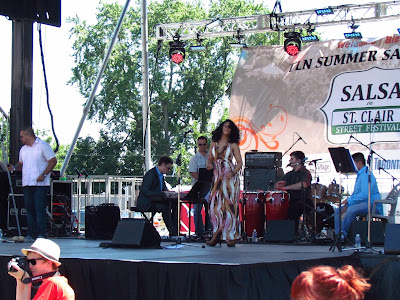 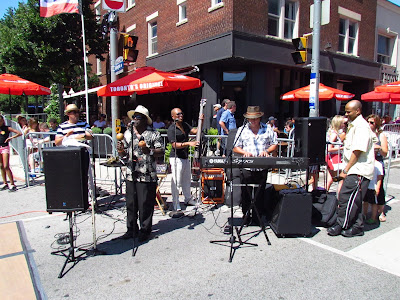 We had churros, which is kind of a Spanish donut  from this first place. The were a little doughy. We had a sample from a place further along which was cooked to perfection. 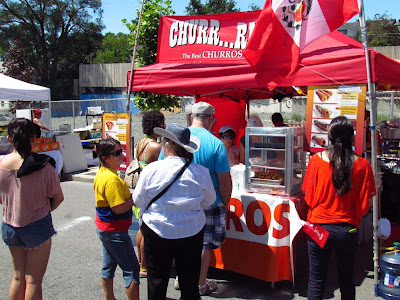 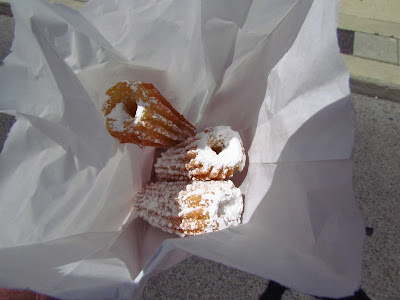 There was a wide variety of food available 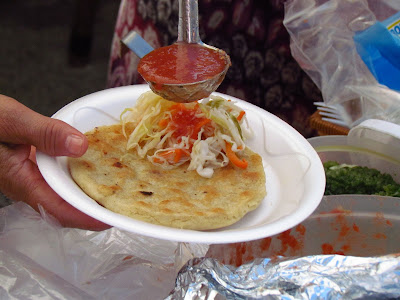 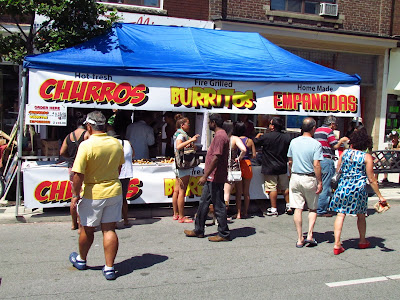 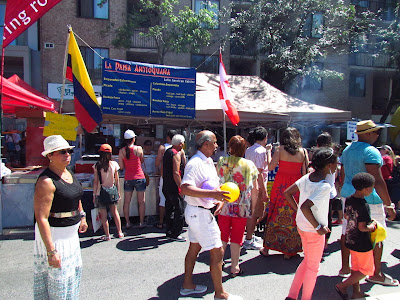 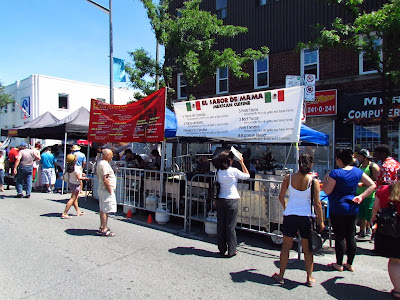 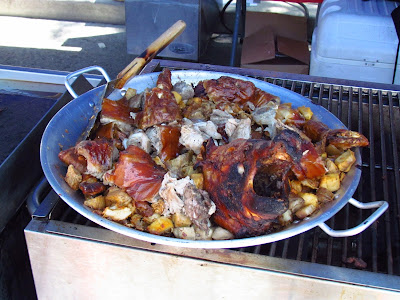 My favorite part was the dancing. There were lots of salsa dance studios showing off there stuff and yes, Teena and I joined in on one of the dances! 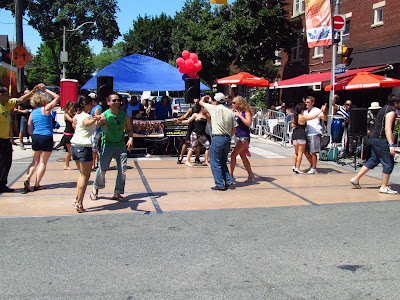 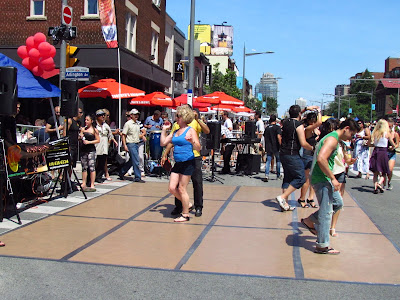 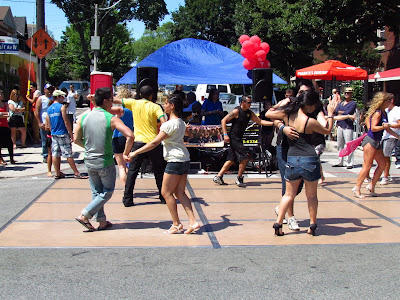 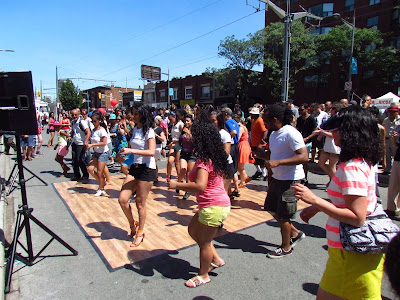 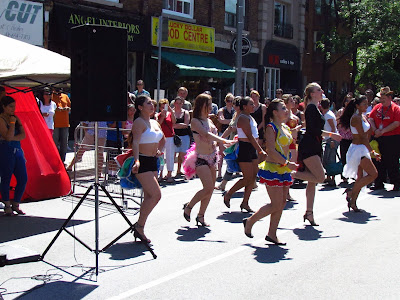 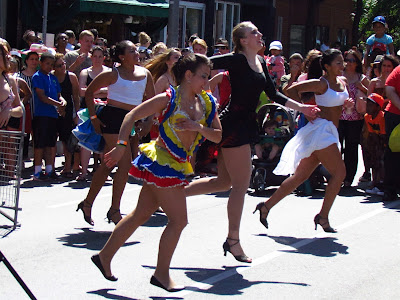 Even something for the kids! 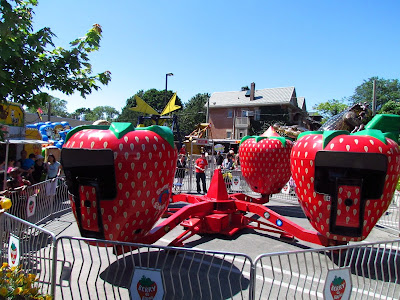 I found this to be a very vibrant festival and fun to visit for a couple of hours. We ducked into Pipers Pub for a couple of drinks and a chance to cool off and were very surprised at how crowded it was when we came back outside. Getting there early is definitely the key. I would go again next year and again try to get there by one or two so we can enjoy the festival before it becomes over crowded. 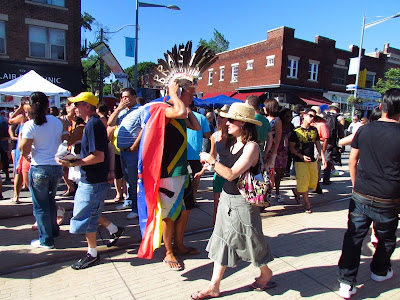 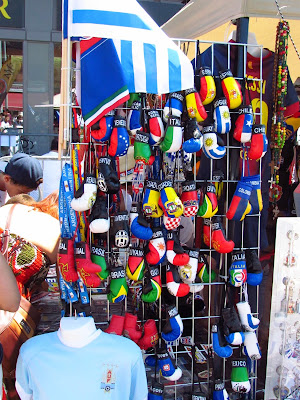