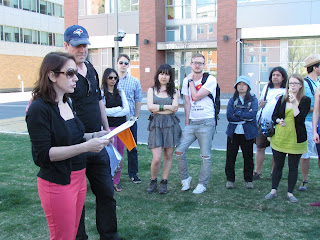 Teena and I did two Jane's Walks today.

The first was in Parkdale. T

he second one was An Insider's View of Ossington, led by Melinda Medley and Brian Sharwood who have a blog appropriately called Ossington Village.On the walk I learned many interesting things on how the street has changed over the past five to ten years.

For instance, I never knew this building on the corner of Queen and Ossington was once a Buddhist Temple. 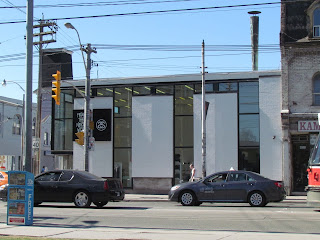 Think you're not 'hip' enough for this strip? Think again! Local bloggers from Ossington Village Blog will take you on a tour of the 'hood - showing you the hot spots you've read about and maybe some you haven't even heard of ... yet. We'll show off all the things that make our neighborhood a hot destination for dining, music, theatre, art, shopping and even more. Ossington Village, where entertainment starts!

Just after we met, this fellow came by and insisted on doing a rap song for us, after which he, of course, asked for money. It was quite hilarious! 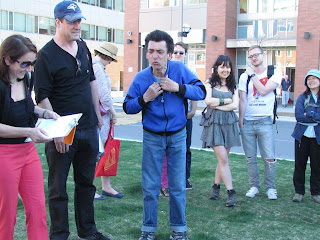 This obviously was once a fire hall. The tall tower was used to dry the hoses after battling a fire. Now it is part of CAMH as a men's withdrawal centre. 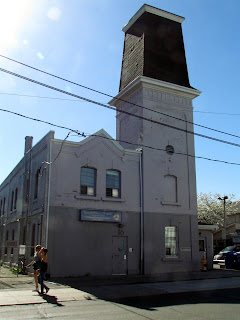 We were told the history of Rebecca Street the first east-west street north of Queen. At one time, there was a toll booth at Queen and Ossington and people used this lane to avoid the toll. It was likely named after the Rebecca Toll riots in Wales. 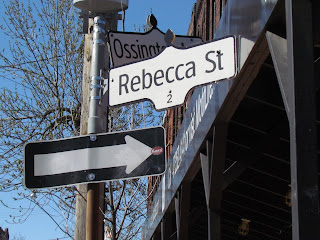 I didn't know the street was once a hub for printers. Some evidence of that still remains 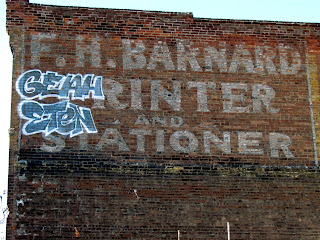 Before the neighborhood became trendy, it was mostly Vietnamese with many Pho restaurants on it. A few still exist. Two on this street made Blog TO's Best Pho in Toronto list. I have to try it some time. 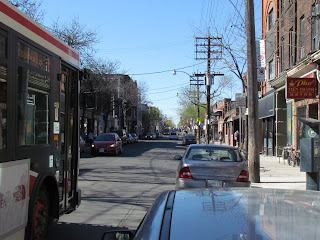 I loved the brickwork on this building 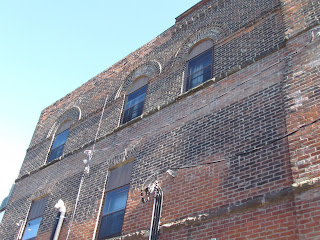 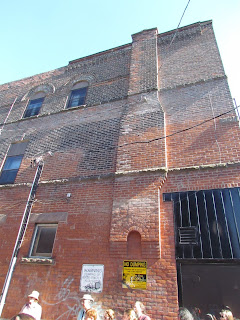 The House of Horvath makes cigars, although we were told it is cheaper to buy them at the airport. St Christopher House painted a mural along its wall. 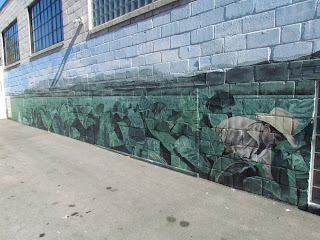 Levack Block is a great looking building. Teena and I were at a free rum tasting a couple of years ago. 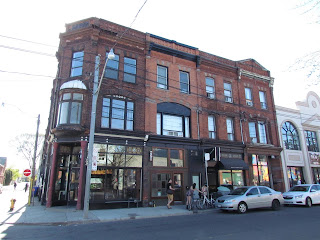 In the late 1960s, the area had many rooming houses which made it easy for James Earl Ray to hide out in this building after assassinating Martin Luther King Jr. before fleeing to England where he was eventually arrested. 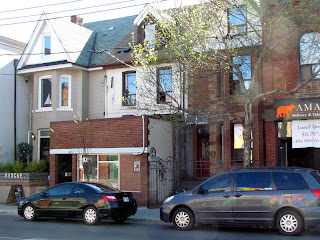 This building, now a sales centre for a very controversial condo which is to be built, was a boxing gym and was where Mohammad Ali trained for his championship fight against George Chuvalo in 1966 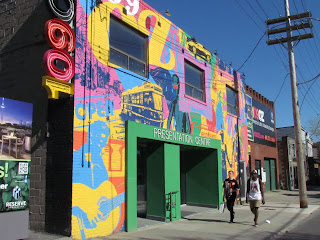 My favorite place on the street, Bellwood's Brewery. 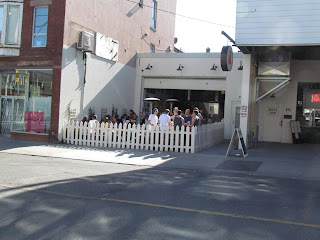 St Christopher House at the corner of Dundas and Ossington. They have been helping people in the community for over 100 years. 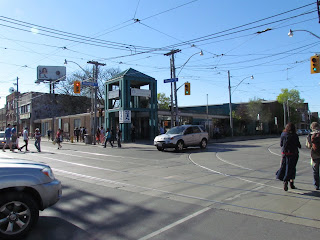 Our last stop was at The Communist's Daughter. There was a band jammed in who played us one of their original tunes. 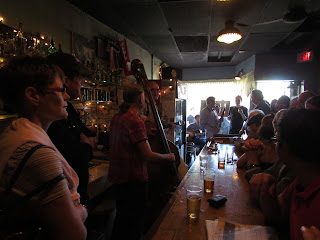 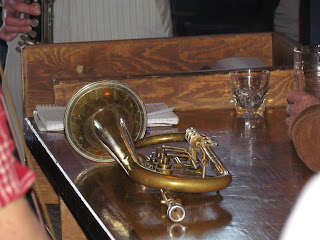 Thanks to Melinda and Brian for putting on a fun interesting walk! 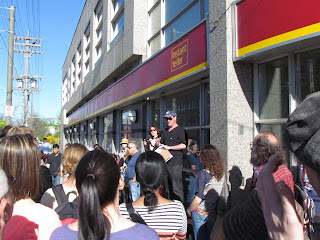