Toronto Rock take it to the Buffalo Bandits 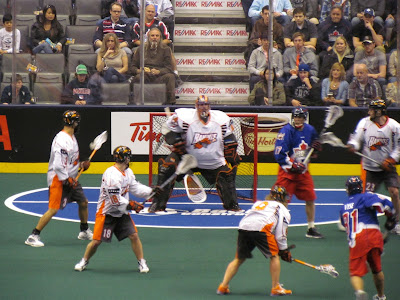 Tonight the first place Toronto Rock took on the Buffalo Bandits at the ACC.

The last time the Bandits were in town it was a close game with the Rock losing 15-13, the game sealed by the Bandits with an empty net goal. 11,546 fans showed up tonight looking for a better result!

With the start of the baseball season a few days away, former Toronto Blue Jay Hall of Famer  Roberto Alomar was in town and dropped the ball for the ceremonial face off. He received a standing ovation. 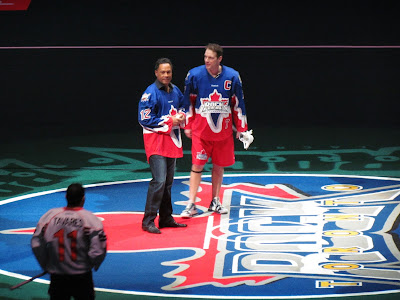 I have not checked but it always seems that the opposition scores the first goal against us and tonight was no exception. It was a hard hitting first half with a couple of fights and the Rock prevailed at half time 7-6. 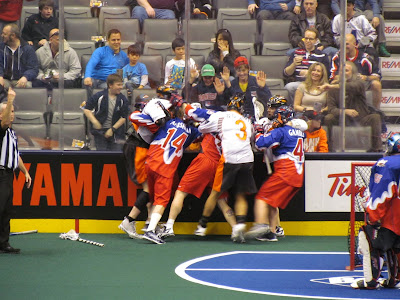 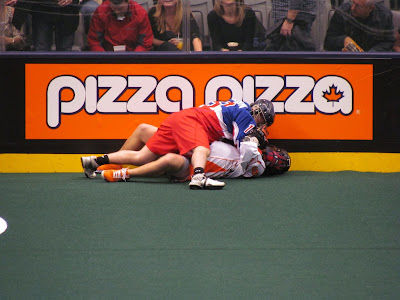 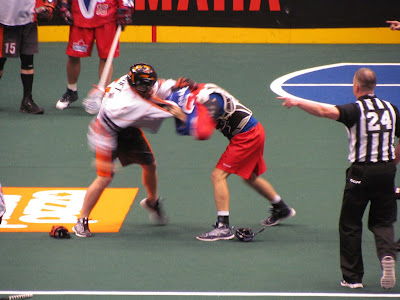 It was kids night and they were out at half time putting on their own show. 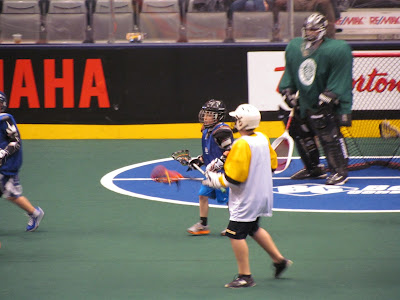 Not to be outdone, the Toronto Rock Cheerleaders did a performance with some future cheerleaders. 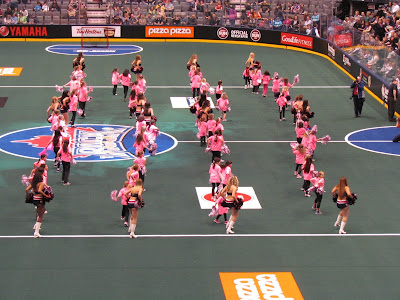 We had seats right behind the goalie looking down the aisle. They were not as good as we thought they would be. Somebody was always walking up and down the stairs, especially the beer and food vendors. 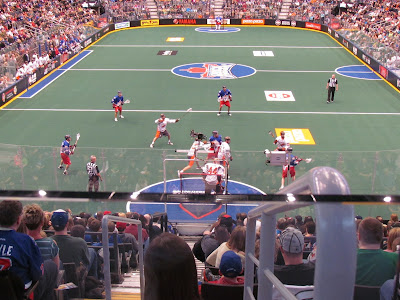 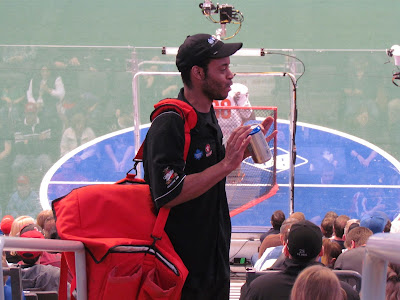 The third quarter was owned by the Rock. Not only did they shut out the Bandits in the quarter but they put in seven goals of their own to lead 14-6 at the end of the quarter. They also popped in two more goals in the first minute and a half of the last quarter. Nine goals in a row before Buffalo finally scored one of their own!

The Rock cheerleaders loved it! 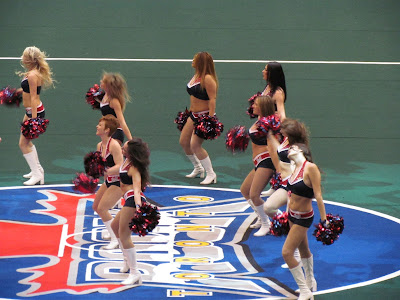 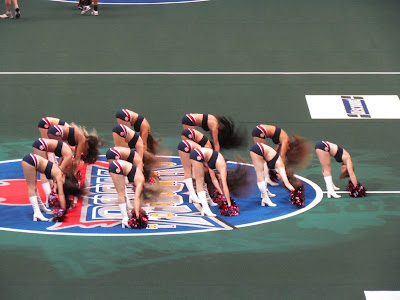 The action was still chippy in the last quarter. Toronto scored four goals and Buffalo netted five of their own. 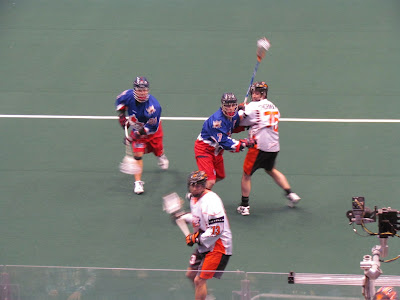 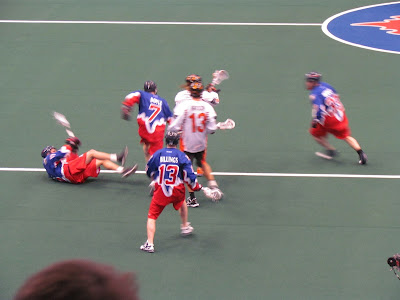 In the end, the Toronto Rock prevailed 18-11 and improved their league leading record to 9-4. Tomorrow night they head to Rochester for a game against the Knighthawks. Even though it was a rough, it is always good to see that tempers end with the final buzzer. 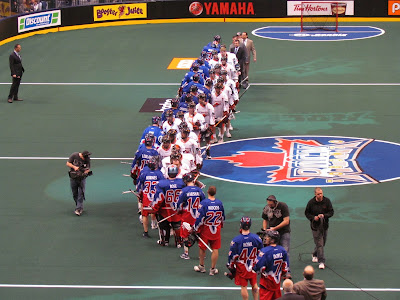 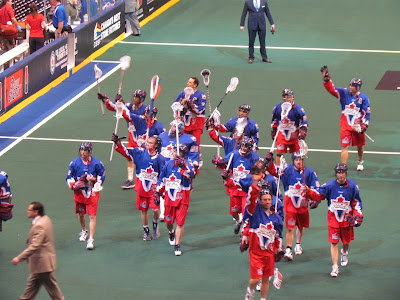 Next Sunday is the final home game of the season against the Rochester Knighthawks. Teena and I already have our tickets and thankfully they are not where we sat tonight!
Posted by Swordsman at 21:30