Toronto Rock Robbed by the Bandits 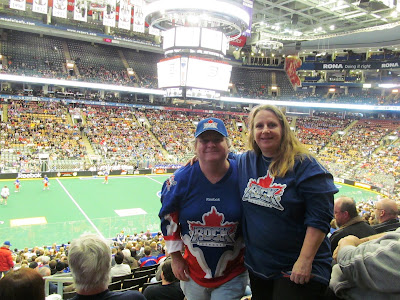 Tonight Teena and I were back at the ACC (I used to love it when they called it the Hangar) to see the Toronto Rock take on the second place Buffalo Bandits from just down the road. The Rock have won their last two home games and we were looking forward to a third.

It was a smaller Thursday night crowd, the attendance was not announced, not a noisy enthusiastic one. Rock fans are likely the noisiest sport fans in the city.

A drum and pipe band from St Andrews College came out to entertain before the game and the Toronto Rock Cheerleaders also came out to rev up the crowd. 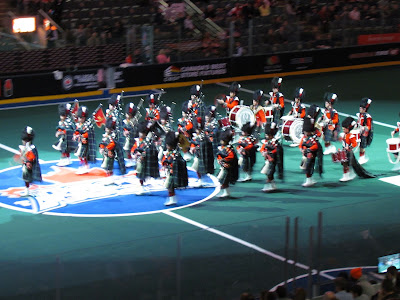 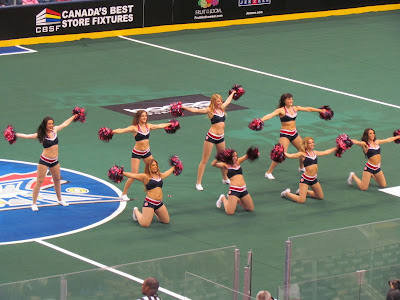 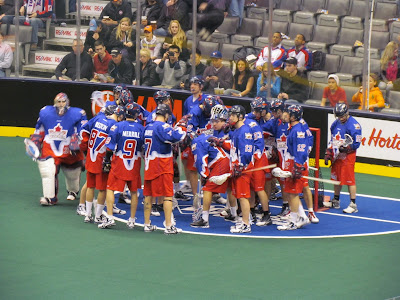 It was a back and forth game throughout the first half which ended with the Rock down by a goal at the half 6-5. 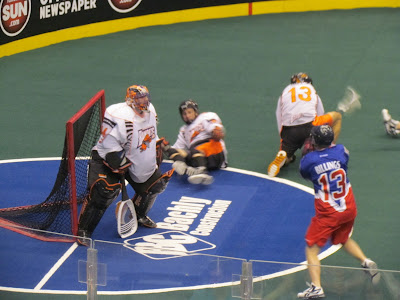 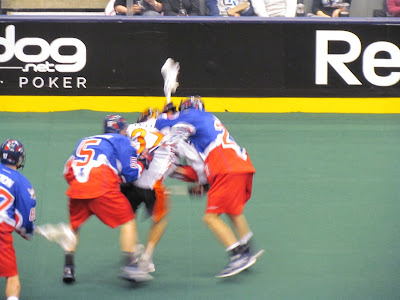 Oh ... guess who's picture was put up on the scoreboard again!! 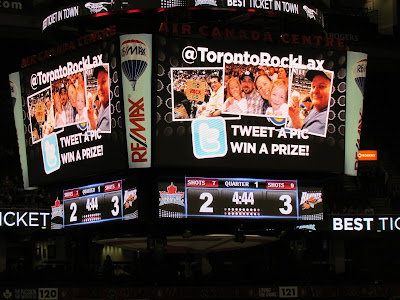 It was school night and many schools were there. 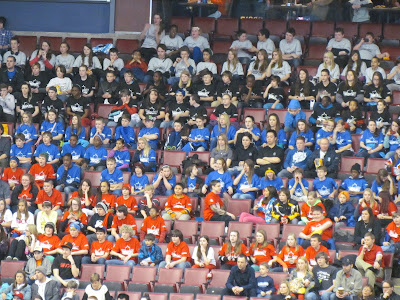 In the third quarter, it was almost all Toronto Rock. Buffalo scored the first goal of the quarter but then the Rock popped in the next five goals. At the end of the third quarter, everything looked great. The Rock were up 11-8 and on a roll.

This lady is at every game and I have noticed how the players will always go over to the glass before the game and after to salute her. She really enjoyed the quarter. 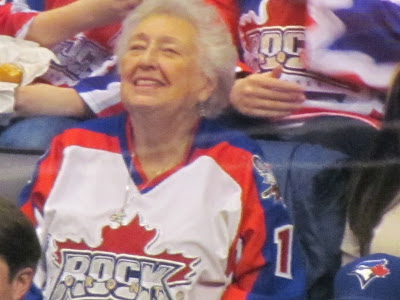 The fans did too. It was a quarter of high fives all around! 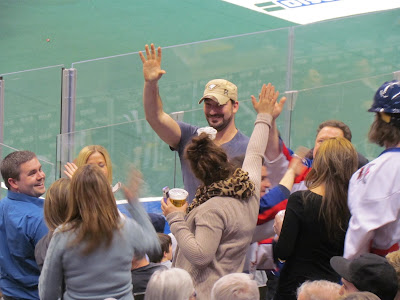 The cheerleaders loved it too! 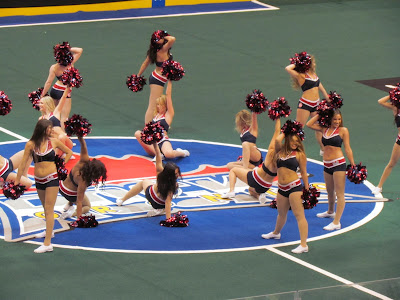 As much as the third quarter was owned by the Rock, the Bandits stole the final quarter. Starting the quarter up by three goals, the Rock only managed two goals while the Bandits piled in six of their own and, with less than a minute to go, the Rock pulled Rose, their goalie, for one final desperate attack. The pressure was on! 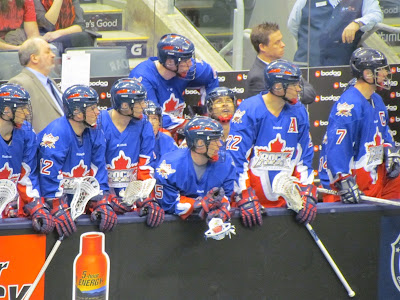 Sadly the attack failed and the Bandits put in an empty net goal to seal the game 15 -13.

The Rock still lead their division by a game and still have the best record in the league. After the game, Teena and I bought our seats for the next game. Hopefully it will have a better result. 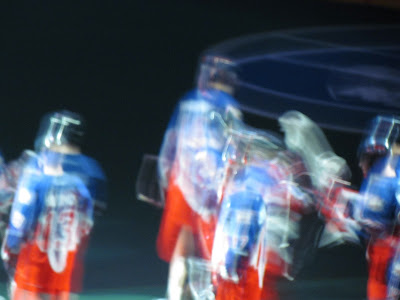