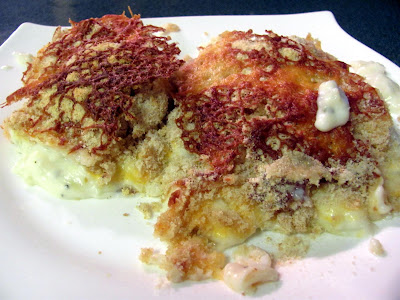 When I was in Newfoundland this summer, I fell in love with Cod au Gratin.

I only ate it at the end of our vacation but the next time I'm back, I'll be rotating Cod au Gratin with Pan Fried Cod, which I have already made at home and Fish 'n Brewis. Now it's time to try it here at home.

I searched the web and got this recipe from St John's Mom, who also told an interesting story about this dish. It seems that a St John's hotel used to use bread crumbs in this dish but one night they ran out of breadcrumbs. It was a popular dish and they had to do something, so they substituted cheese. The following week when they went back to just breadcrumbs, the people sent it back demanding cheese be added and so Cod au Gratin was born!

Teena found Captain Highliner frozen cod on sale so I'll be thawing and using it instead of unfrozen or as they have in Newfoundland, fresh caught cod. They come 10 oz to a package so I also will be using less than the pound required 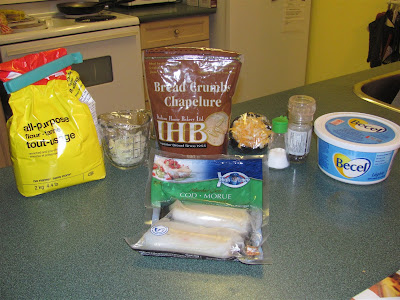 First you place the cod in greased baking dish. Then melt the margarine in a frying pan and stir in the flour until it's smooth and remove from heat.

Slowly stir in half the milk, then return to heat and beat until smooth and shiny. Gradually add the remaining milk, salt, pepper and onion. Keep stirring constantly until thickened.

Pour the sauce over fish in baking dish. Sprinkle with breadcrumbs and cheese. 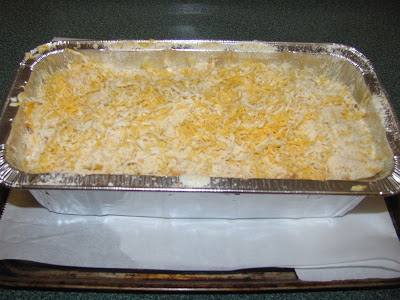 Bake at 375 degrees for 15-30 min, (I did mine for 20 minutes, then let it sit for 5) or until sauce bubbles and fish is cooked through.When I took it out, the house took on a cheesy aroma. 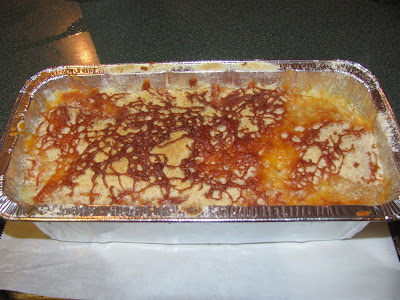 It was very tasty. The sauce was delicious and the cod was perfectly cooked through. It's not a fishy tasting dish, which I was worried about as I was using frozen, not fresh cod. Next time I would use more cod or less sauce. I also would use proper bread crumbs rather than the prepackaged powdery stuff.

This is a recipe worth trying!.
Posted by Swordsman at 20:41

love love love it, i added a few different items such as garlic to the sauce and parmesan, parsley and ground flax seed to the crumbs

Sounds like great additions. I thought about adding parm at the time but decided to stick to the recipe. I love the idea of adding the ground flax seed to the crumbs. Might be time to try it again soon!