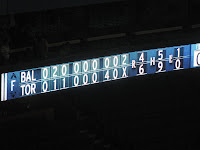 Tonight my friend, Roger, and I headed down to the old ball park to see our Toronto Blue Jays take on the Baltimore Orioles.

The Blue Jays started the season with so much hope, but an unusual pile of injuries quashed any hope of a first place finish or wild card run. The Baltimore Orioles started their season as always with a fast start, always being in the top two in the division ... and the world waited for them to fall.

At the end of May, had I been asked if I would be at this game, what would the game mean, I would have said the Jays would be in the hunt, and the Orioles would be out of it trying to be spoilers. I was way wrong!

So tonight we came into the game with the Orioles tied for first place with the hated Yankees and the Jays in the spoiler role. The Orioles have already taken the first two games of the series and the Jays were on a four game losing skid.

Hopefully the Jays could turn this all around tonight with a win and Brandon Morrow, who has been lights out this season, was on the mound. 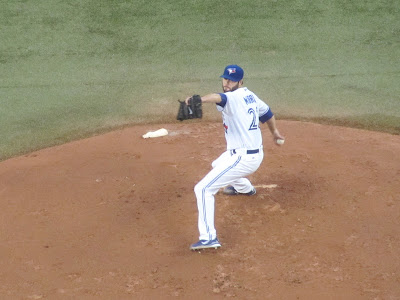 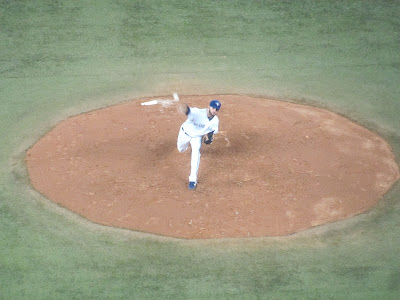 I love small ball and in the 7th inning the Jays used it well.  Yunel Escobar started the inning with a broken bat double. Kelly Johnson worked a sacrifice bunt to move Escobar to third, and, as a bonus, beat out the throw. After an out, Hechavarria laid down a squeeze bunt. Escobar charged home, in came the throw and the throw was off. The Jays had their first lead of the game and never gave it up!

I am so proud to have captured both ends of this play that broke the game out. 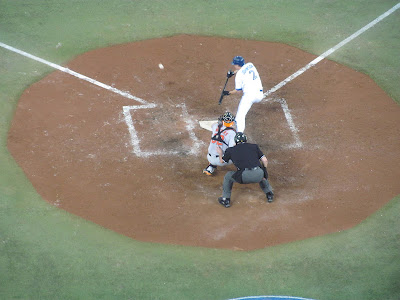 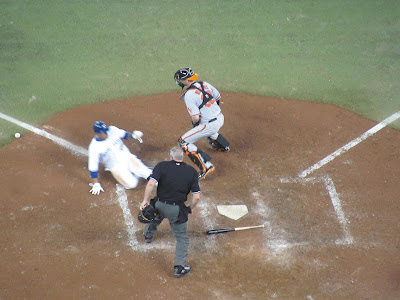 Roger and I enjoyed this! 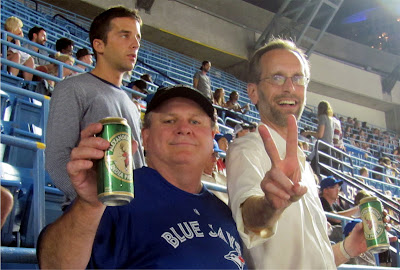 It is Frosh Week in the city and three strong groups were at the game and were loud all night.  I loved it!
After the game, Roger and I walked by the "blue" crowd and yelled that they were noisier than the orange crowd and received a great cheer.  It was so hard to capture in a shot! 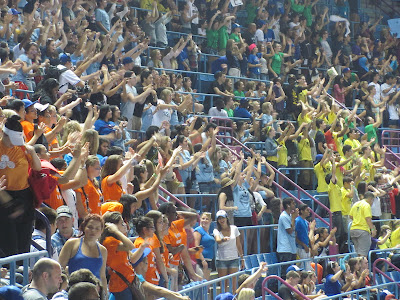 In the end, the Jays broke their losing streak and came home with a 6-4 win. A fun night enjoying a Blue Jays win! 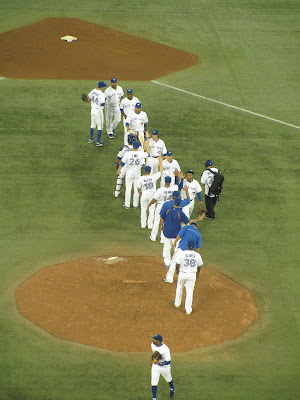 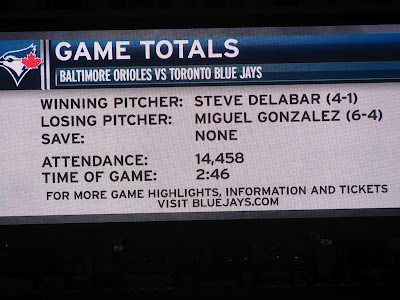 It doesn't matter the time of year or whether the Jays are in the playoff chase or not, I always have fun time down at the dome watching a game!
Posted by Swordsman at 23:50