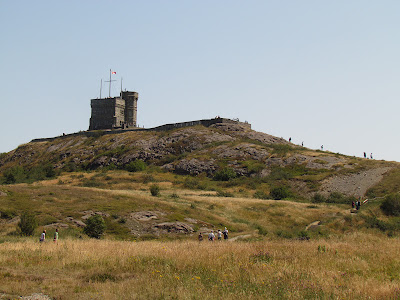 Today is the last day of our vacation and a beautiful sunny one so Teena and I decided to go up Signal Hill.

This historic site celebrates the rich communications and military history of Signal Hill and sits amidst a spectacular view of St. John's and the sea. Signal Hill was the reception point of the first transatlantic wireless signal by Guglielmo Marconi in 1901, as well as the site of harbour defences for St. John's from the 18th century to the Second World War.

The plan was to take a cab to the top and then walk the trails back down. When we passed the tourist centre half way up, we saw a military tattoo re-enacting an early 1800s battle. We had to stop and get out. Only a few minutes were left but we caught some some action. 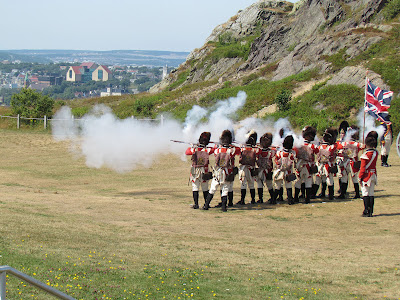 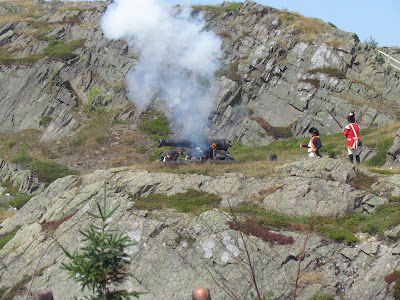 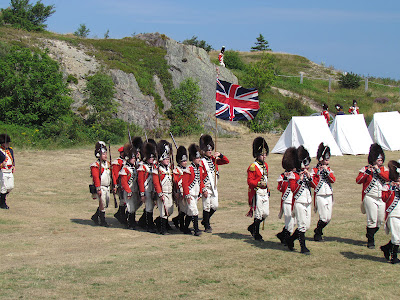 Then it was time to hike up the hill. The picture at the top of the post does not show how far it is. The views of the harbour spectacular! 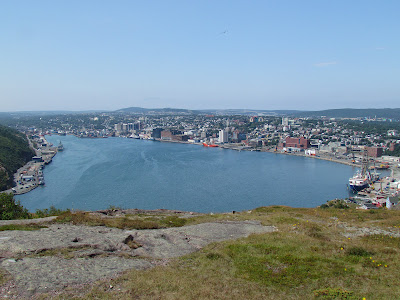 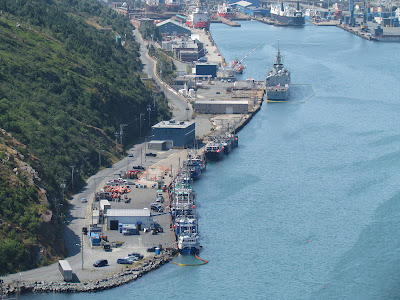 From its high mount, Signal Hill has always guarded the harbour and city from attack in times of war. Although the gun emplacements from World War I and II are gone, the guns from the 18th century remain. Notice in the first picture how the cannon is mounted on a swivel track which allows it to better aim and fire on a target at sea. The cannon in the last picture is just for show as they have no recoil system 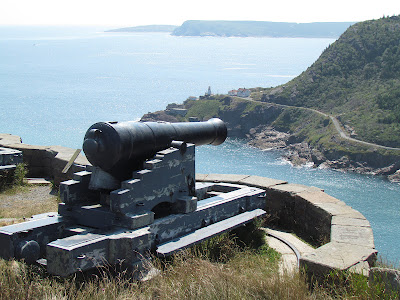 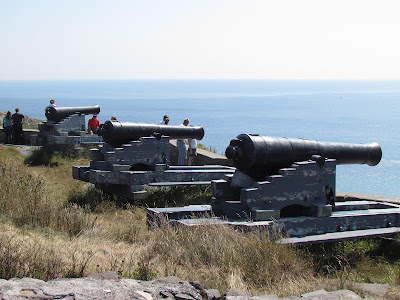 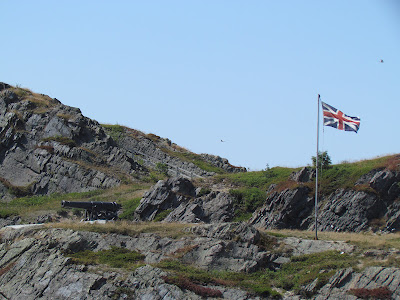 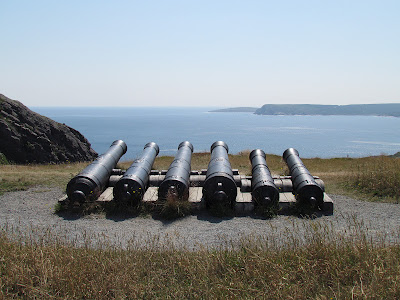 Some people do not respect the heights. It only takes a moment to lose your footing and fall to your death. Last year in 2011, a teenager fell to his death on a well walked trail. I am terrified of two things ... heights and dying stupidly. These two people walking the wall are pushing the latter. 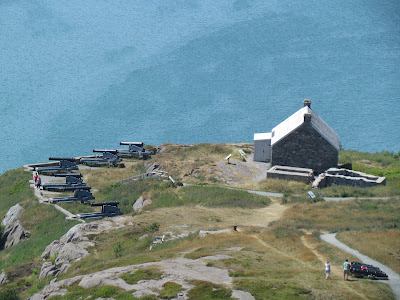 There is a signpost up top showing the distance to some of the larger coastal cities. 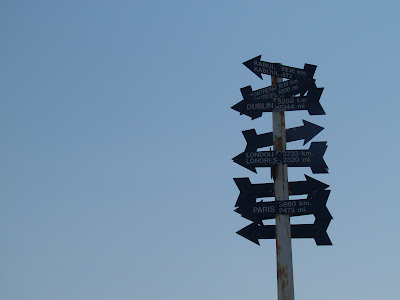 There are some great views from up here. Here is a staircase to nowhere! 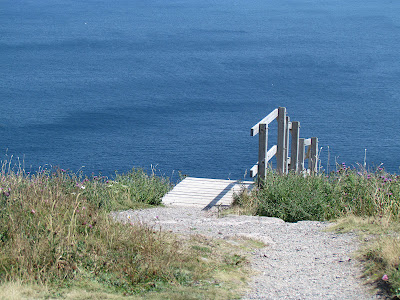 Here are four other great views from the heights of Signal Hill. 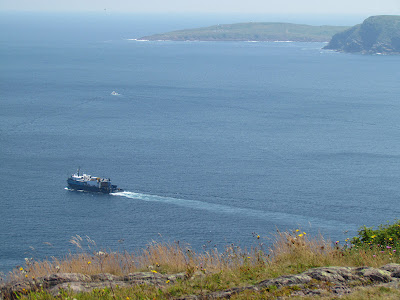 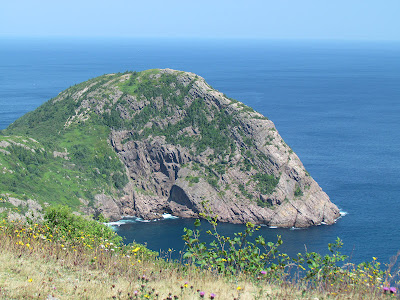 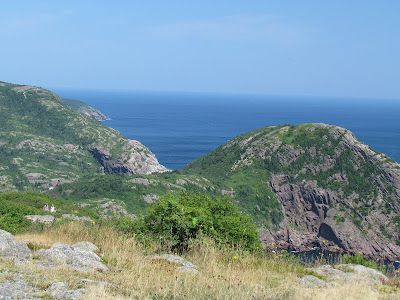 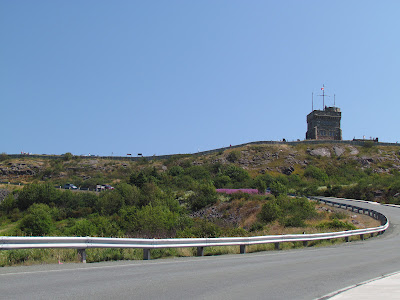 It is beautiful up on Signal Hill and definitely a place to visit when in St John's. There are a few dangerous areas, though, as far as I'm concerned. Teena and I were walking down stairs with a nice railing and came to a long open part of the trail with a couple of hundred foot straight drop off with no guard rail or safety features. It is just wrong! If you play it safe, though, and stay away from the edge, you still can get spectacular views and pictures. I would go back. Just would not try a certain unsafe trail.
Posted by Swordsman at 14:02