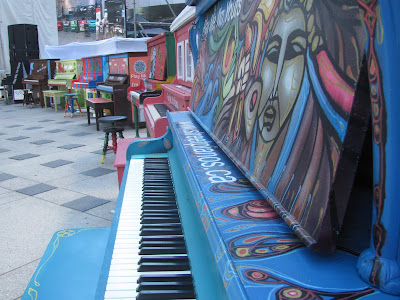 Today at lunch I went out to read.

I work close to Metro Hall and David Pecaut Square and was surprised when I went out to find a shady bench that there were lots and lots of upright pianos being set up and tuned. It turns out that it is the introduction of Play Me, I’m Yours.

“Play Me, I’m Yours” is a project started in 2008 by British artist Luke Jerram. It involved distributing 15 pianos across Birmingham, England, over three weeks. An estimated 140,000 people played or listened to music from the pianos, the project’s website says. It has since spread to cities such as Sao Paulo, London, New York and Sydney. 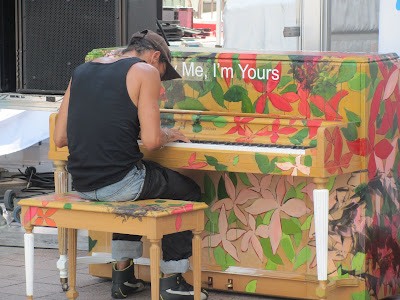 Don Shipley, the 2015 Pan Am Games creative director of arts, culture and festivals, thought this was a great idea and put a twist on it. The Pan Am Games are coming to Toronto in three years and to help celebrate that, Shipley decided to have 41 pianos refurbished, tuned and painted by artists with a connection to one of the 41 countries of the Pan Am Games. Each piano was to reflect the cultures of their countries with only one caveat, "to think outside of the box". 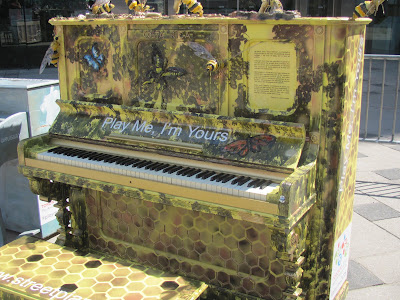 The pianos are to be set out around Toronto for people to play but for tonight they are all in the David Pecaut tuned and ready for a concert tonight. I had plans or I would have been there for this unique event. To view a map of the locations for the pianos click here.

Forty of the pianos are upright but the one representing Canada is a baby grand. It was painted by artist Lee Claremont, whose grandmother lived on the Grand River Six Nations reserve and is of Mohawk and Irish heritage. 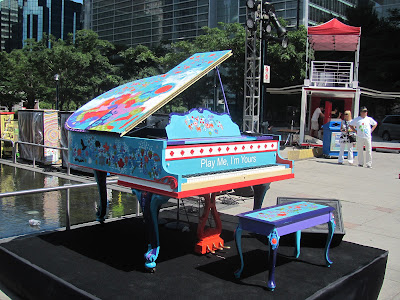 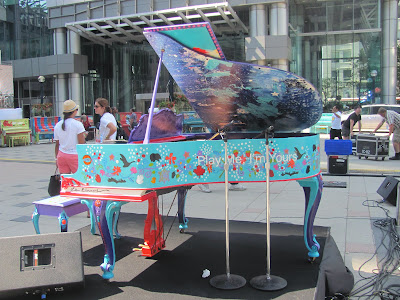 There were lots of news cameras around and a few reporters. 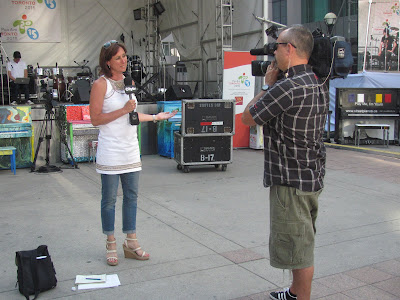 I'm looking forward to seeing these around the city. Here are a few more pictures. 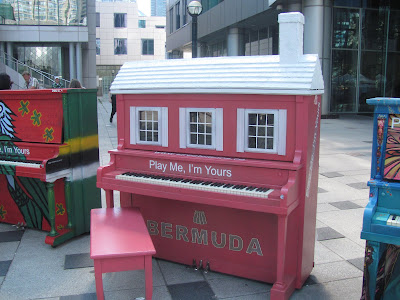 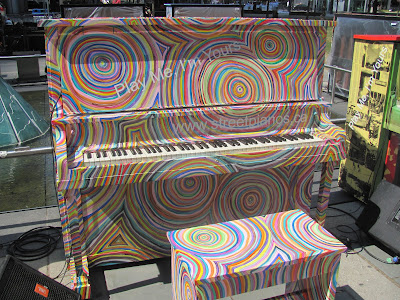 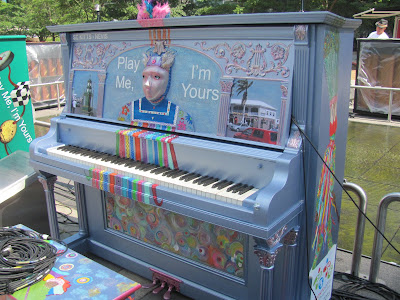 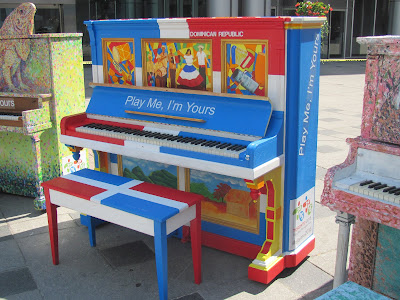 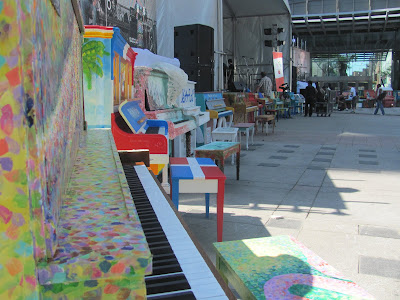